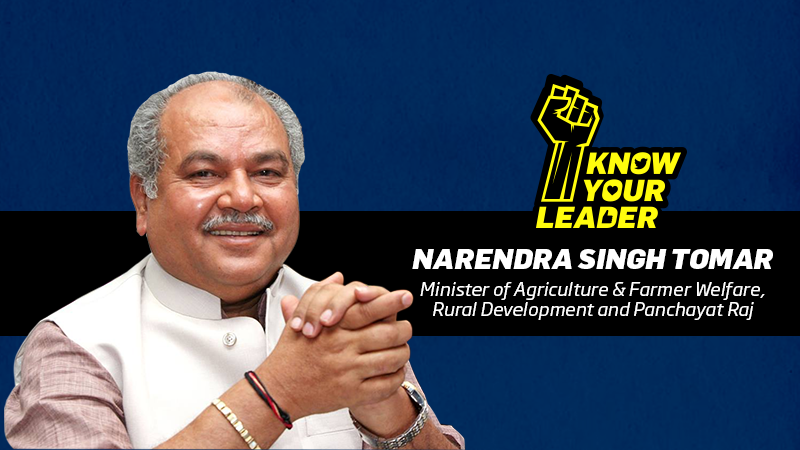 Narendra Singh Tomar is a leader of the Bharatiya Janata Party and the Cabinet Minister of Rural Development, Panchayati Raj, and Mines in the Modi’s Government. He contested and won from the Morena constituency in Madhya Pradesh by a margin of over two lakh votes.

He was born on 12 June 1957 in Morar village in Gwalior district of (Madhya Pradesh) to Munshi Singh Tomar and Sharda Devi Tomar. He graduated from Jiwaji University. He is married to Kiran Tomar, with whom has two sons and a daughter. He was nicknamed Munna Bhaiya by Babulal Gaur.

In 1979, Narendra Singh Tomar was elected as President of the Students Union, Govt. College, Murar.

In 2006, Narendra Singh became the President of BJP, Madhya Pradesh, and was a Member of Rajya Sabha. In 2009, He was elected as a Member of Parliament, 15th Lok Sabha from Morena Lok Sabha Constituency. He defeated Ramniwas Rawat of the Congress Party.

He was appointed as Union Minister (Cabinet rank) of Steel, Mines, Labour and Employment on 27 May 2014 in the cabinet headed by Narendra Modi. He was administered the oath of office and sworn in on 26 May 2014 by Pranab Mukherjee, the President of India.

In 2017, He was the Ministry of Urban Development, Ministry of Housing and Urban Poverty Alleviation. From 2018-2019, Narendra Singh Tomar Appointed as a Minister of Parliamentary Affairs, Madhya Pradesh.

In May 2019, He continued with the Ministry of Rural Development and Panchayati Raj and was given charge of the Ministry of Agriculture and Farmers Welfare. In 2019, Narendra Singh appointed the Member of Parliament in Lok Sabha from Morena Lok Sabha Constituency, BJP, Madhya Pradesh.

On 18 September 2020, Tomar was assigned the additional charge of the Ministry of Food Processing Industries after Harsimrat Kaur Badal resigned from the post, BJP, Madhya Pradesh, India. 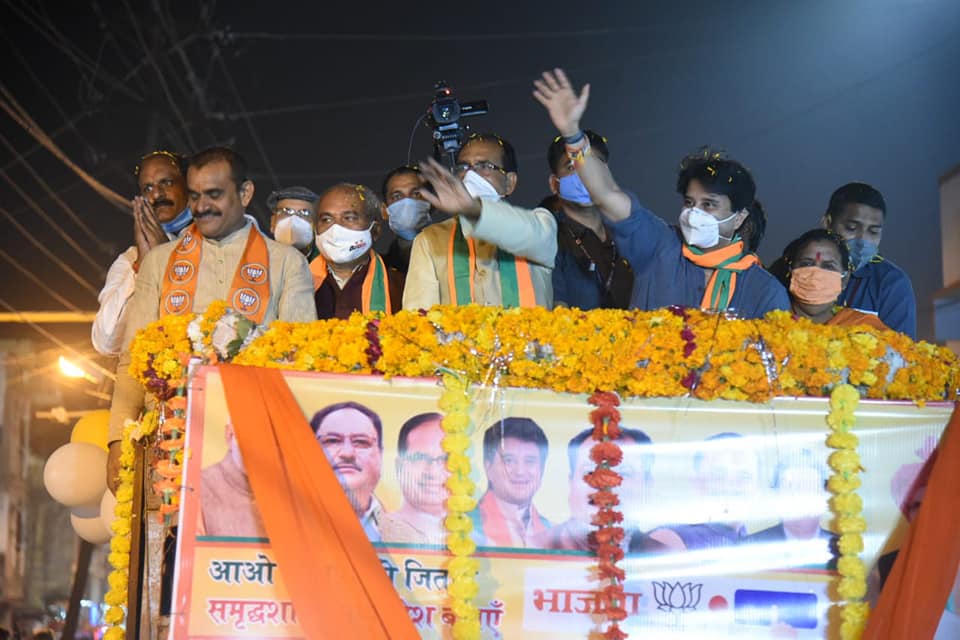 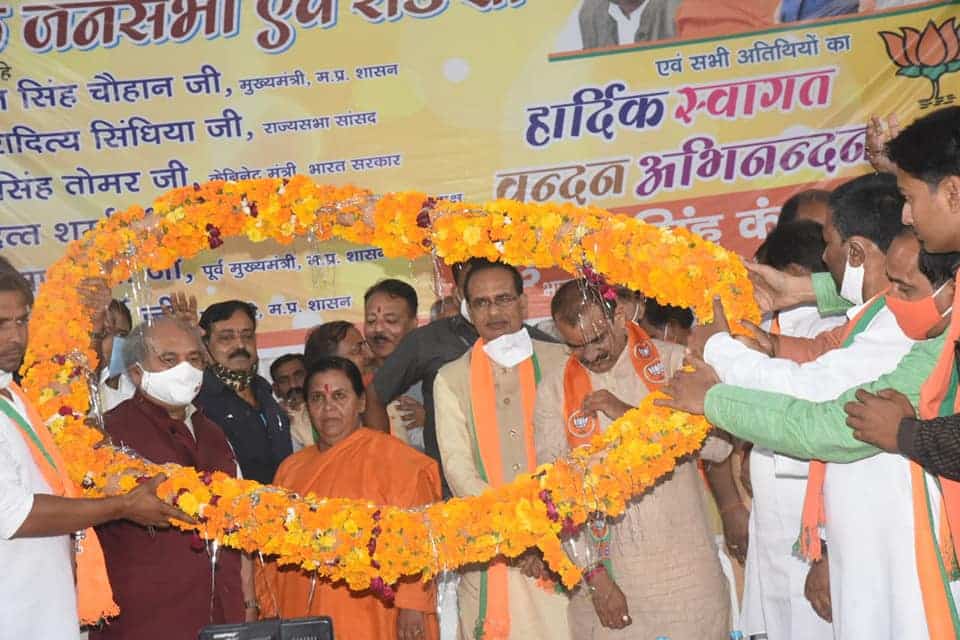 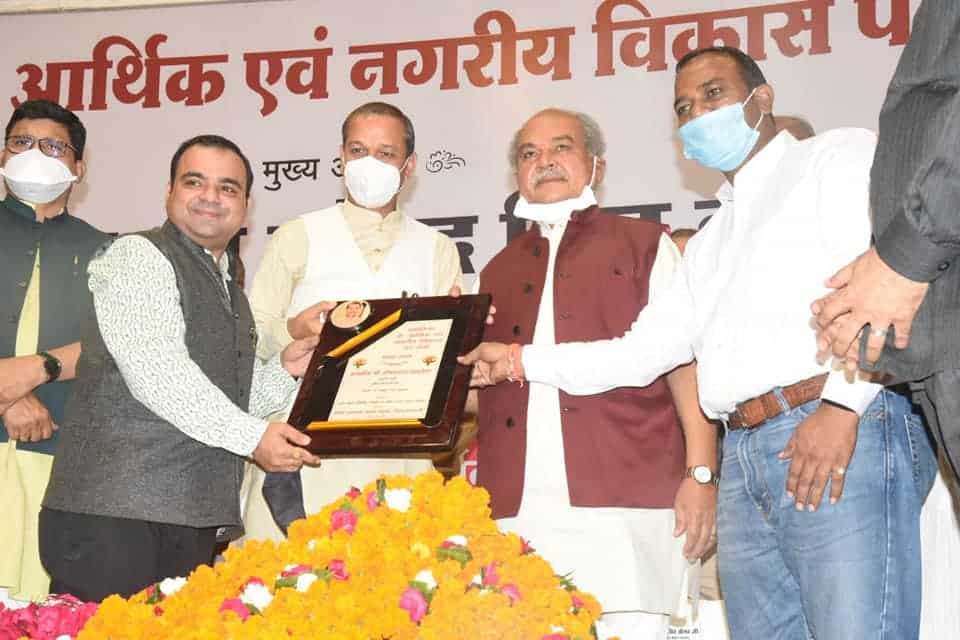 Discussion on economic and urban development of Gwalior 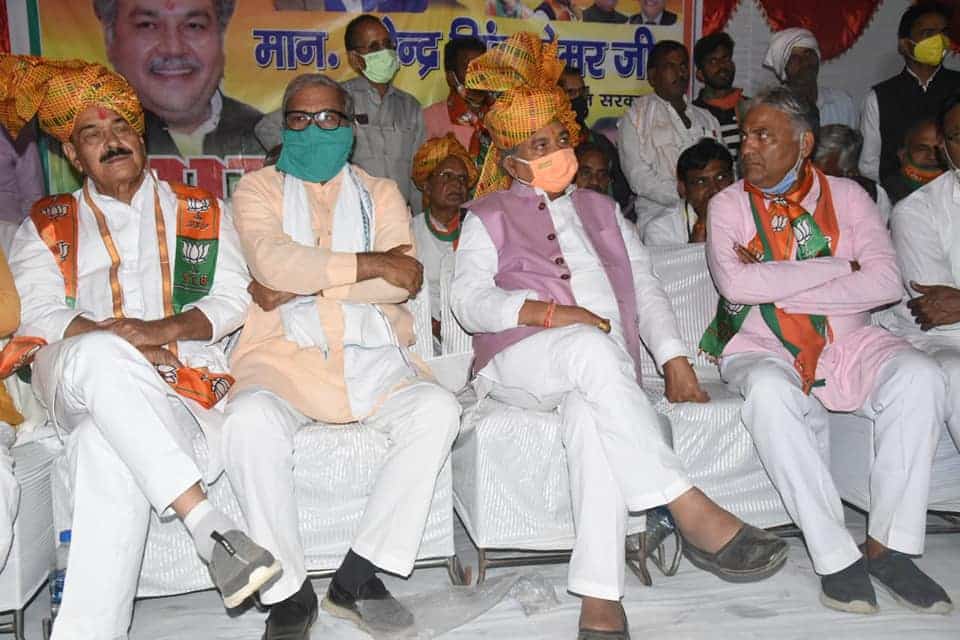 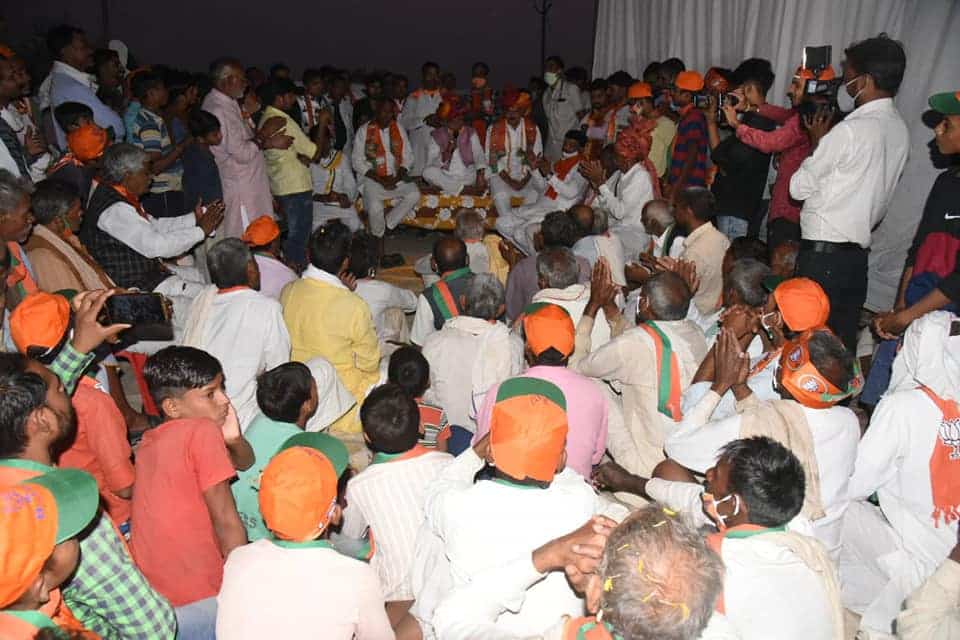 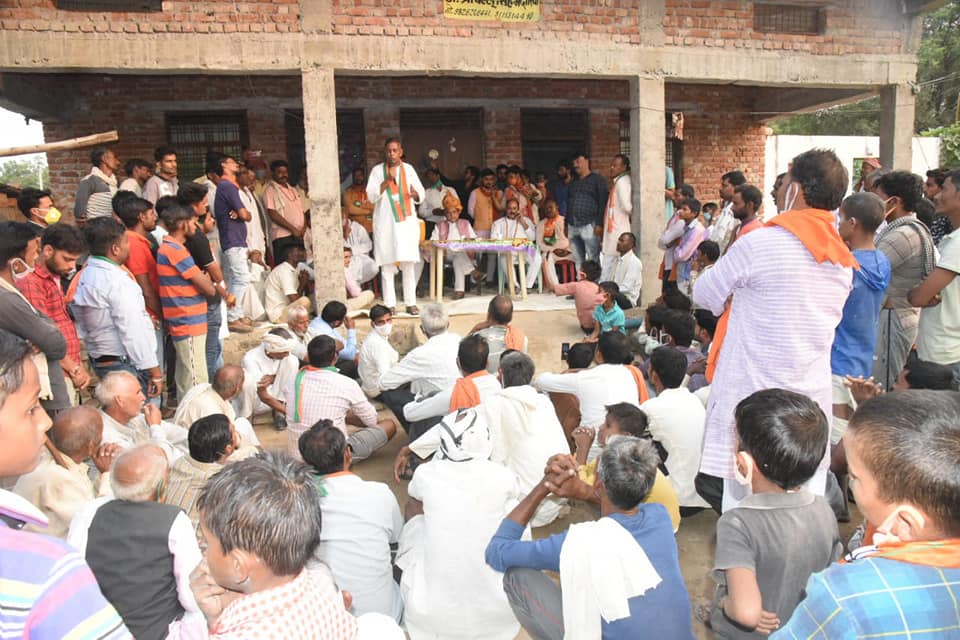 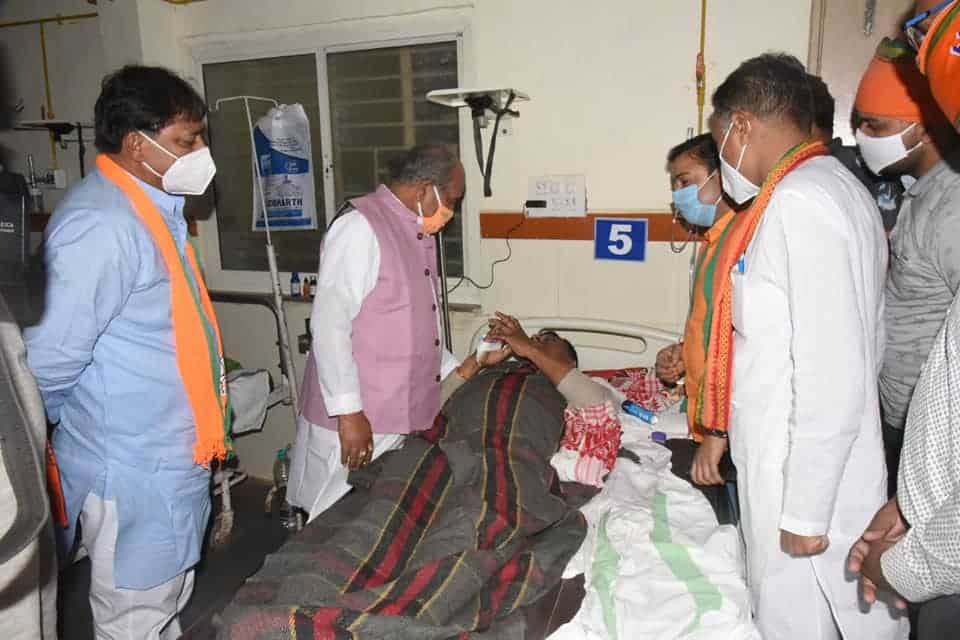 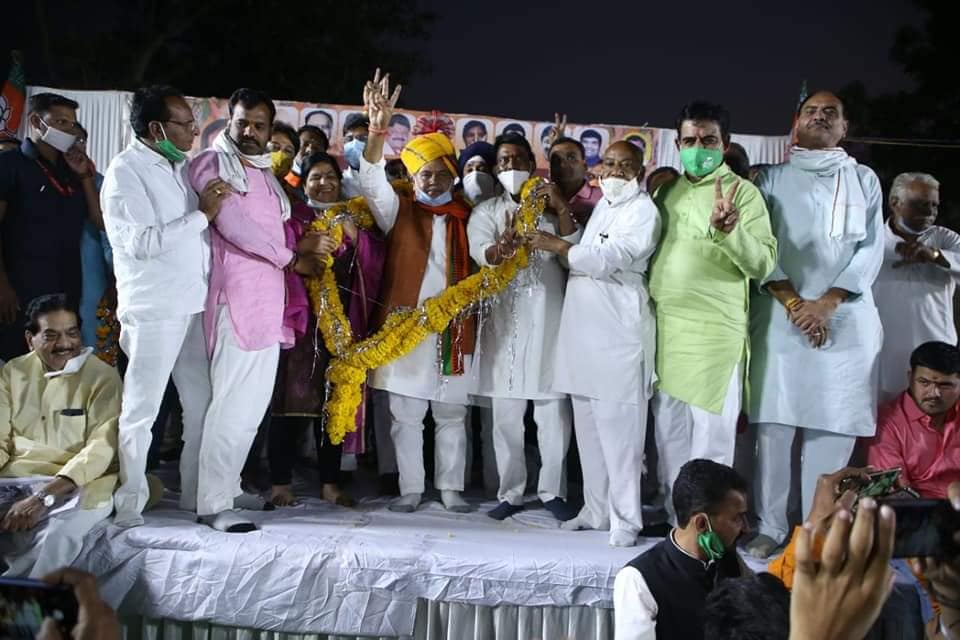 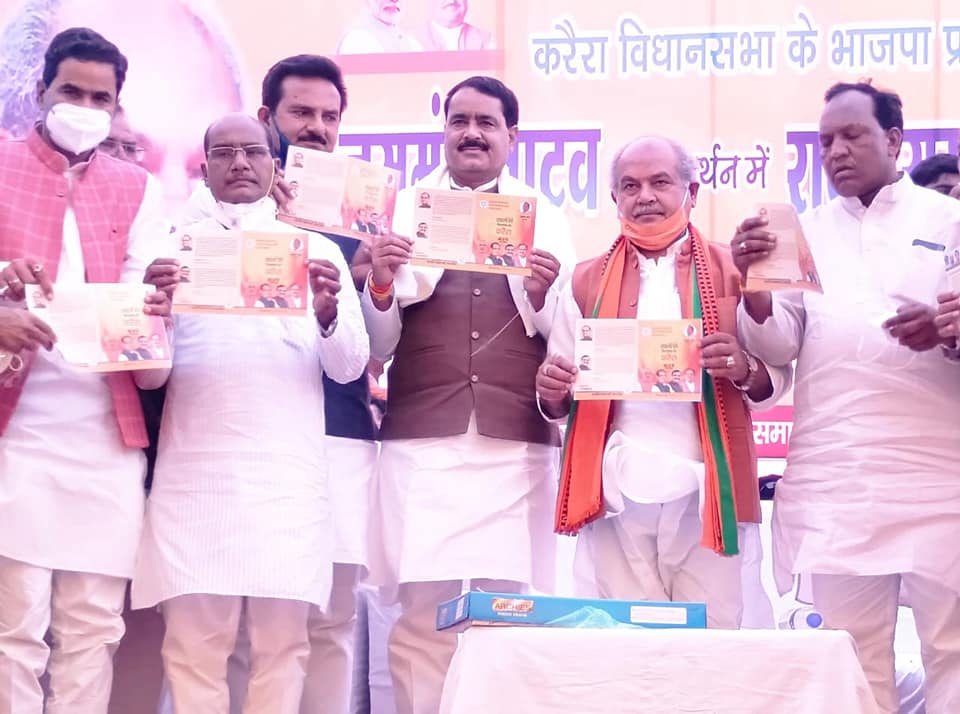 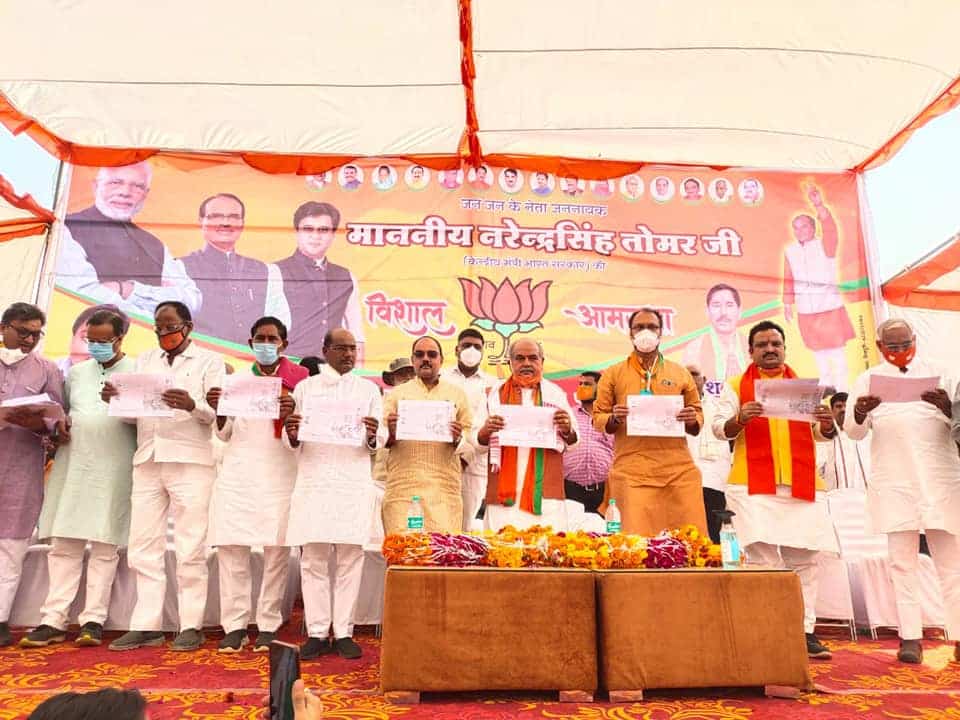 Addressed a huge general meeting held in Goverdhan today under Pohari assembly and appealed to vote as much as possible in support of BJP candidate Mr. Suresh Rantkheda ji for assembly by-election. On this occasion, the promise letter issued for the Pohari Assembly was also released. 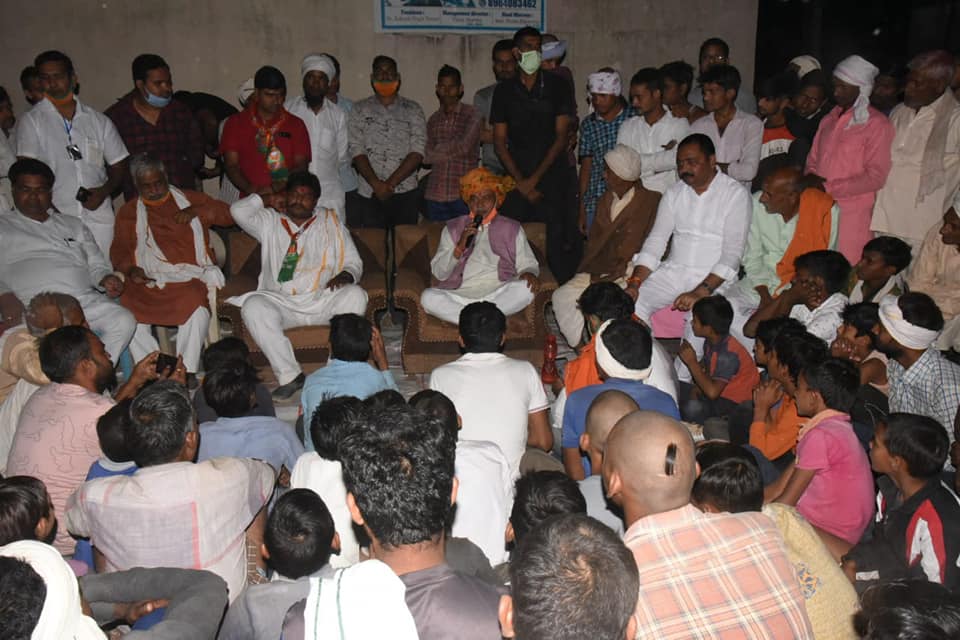 Had public relations in village Piparipura of Dimni assembly and sought support in favor of Bharatiya Janata Party candidate Shri Girraj Dandotia and addressed the villagers that we have to vote more and more in favor of BJP. 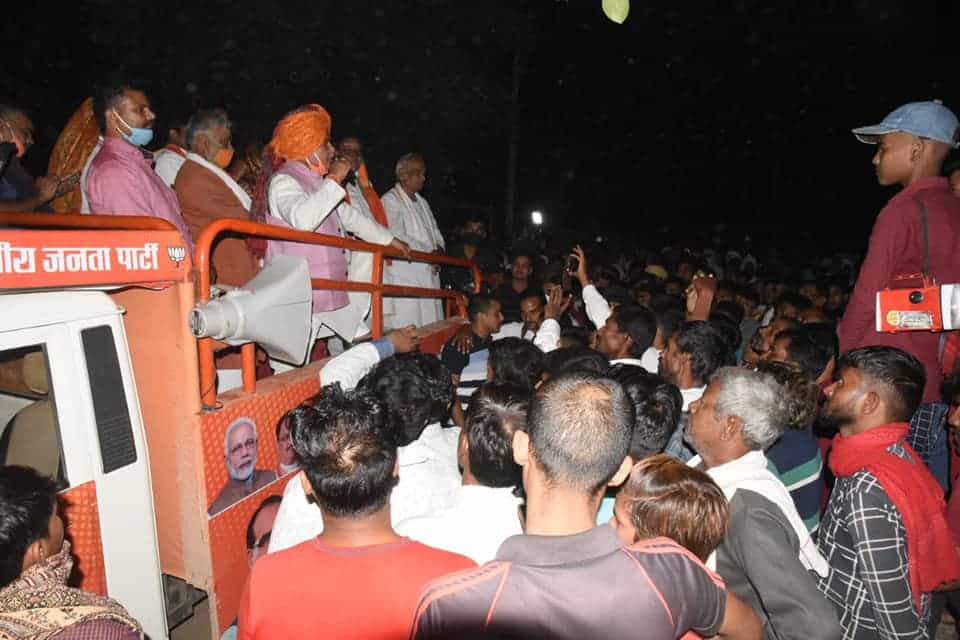 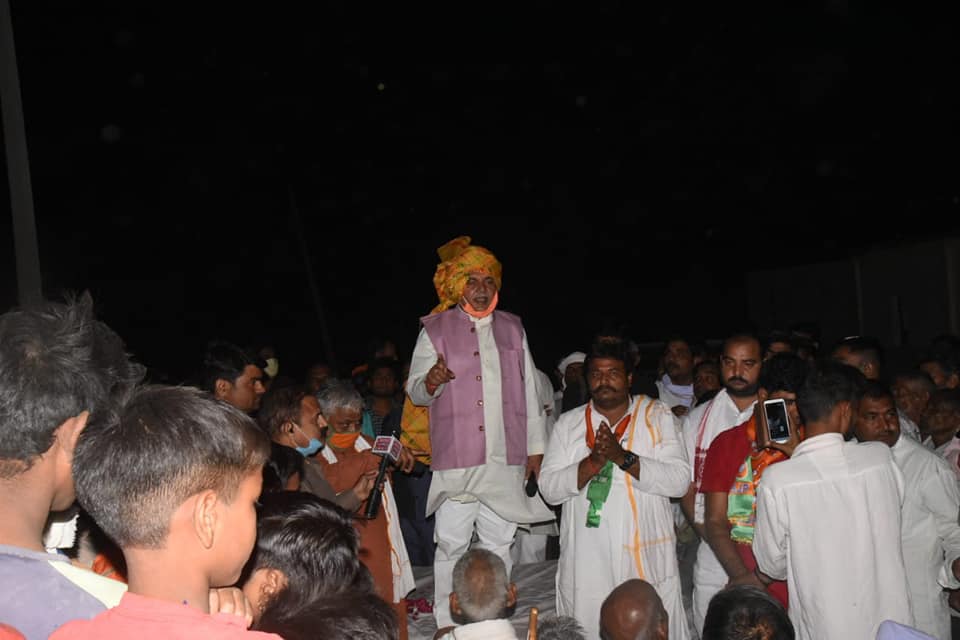 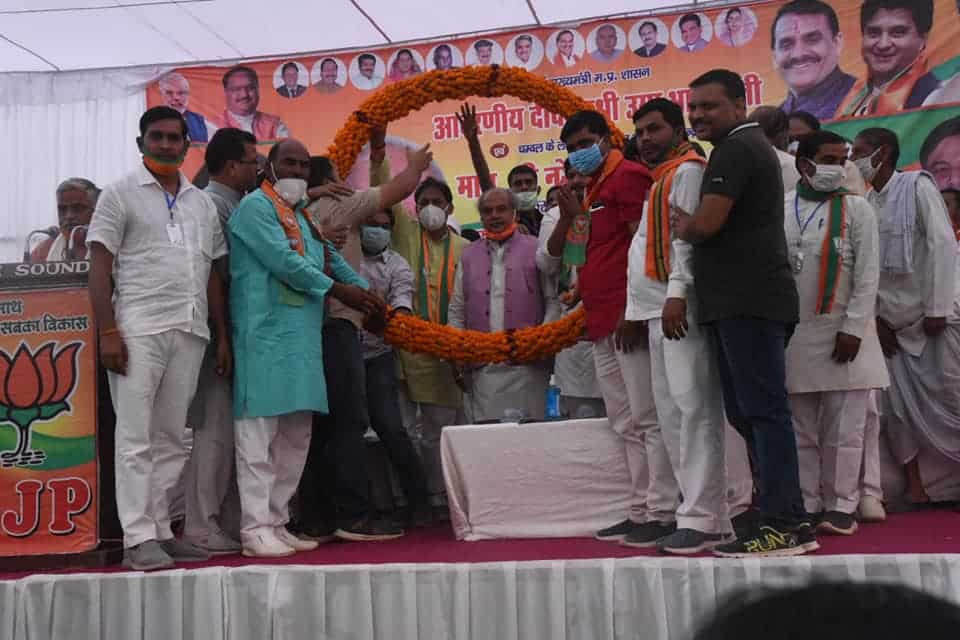 of BJPYF in Madhya Pradesh.

of BJPYF of Madhya Pradesh

under the Madhya Pradesh government.

Member of the Committee on Chemicals and Fertilizers.

of Steel, Mines, Labour and Employment of BJP, from Madhya Pradesh.

of Rural Development and Panchayati Raj of BJP, Madhya Pradesh

Panchayati Raj and was given charge and Farmers Welfare.