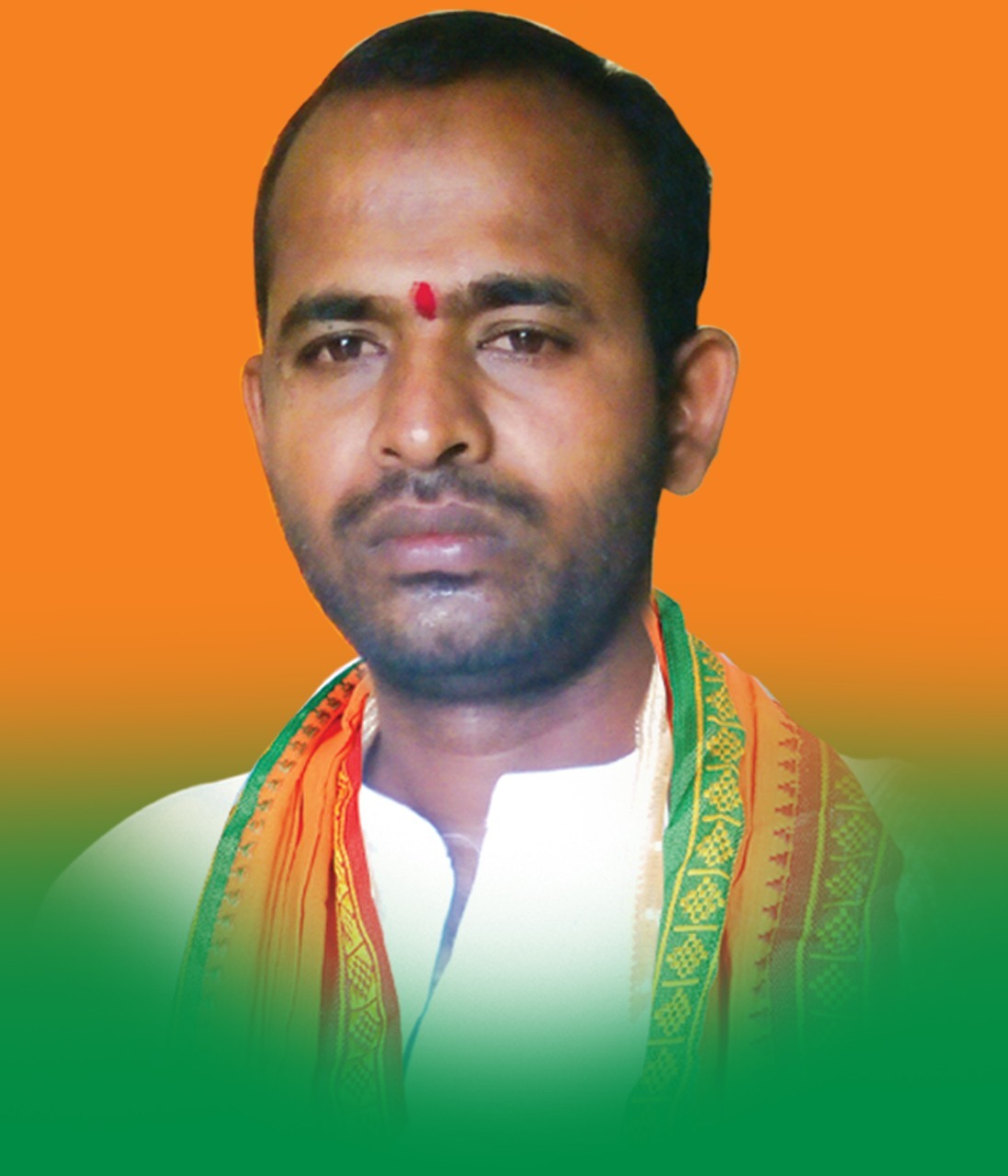 Naredla Sitharam Reddy is an Indian Politician of BJP and a District Executive Member of Warangal Urban, Telangana.

On the 09th of July 1981, Sitharam Reddy was born to the couple Mr. Naredla Narasimha Reddy and Mrs. Naredla Laxmi in the village of Kaniparthi in Kamalapur Mandal of Hanamkonda District in the Indian State of Telangana.

In the 2000, Sitharam Reddy acquired his Secondary Board of Education from Zilla Parishad High School located at Kamalapur, Hanamkonda District and completed his Intermediate Course of ITI at Huzurabad in 2001.

He attained his Graduation of Bachelor of Arts(BA) from Kakatiya University placed at Warangal, Telangana in 2003.

Having joined the Bharatiya Janata Party(BJP) in 2001, Sitharam Reddy turned into a politician to attain the political requirements of the people while also providing a specific service.

Upon Joining, he was designated as the Mandal Youth President of Kamalapur by BJP in 2004 to serve the people and tackle the issues raised by executing his tasks effectively and adhering to the party’s policies and guidelines.

For his work humility towards the growth and the welfare of the people, he was appointed as the District Executive Member of Warangal Urban by BJP by providing services to the people by satisfing the requirements of everyone who appealed to him for assistance.

In addition to his primary responsibilities, he was promoted and served as the Organizer of Sneha Seva Foundation to ensure that the initial and subsequent tasks run smoothly as a process of excessive his commitments.

Activities for the party:

Services during the Pandemics: 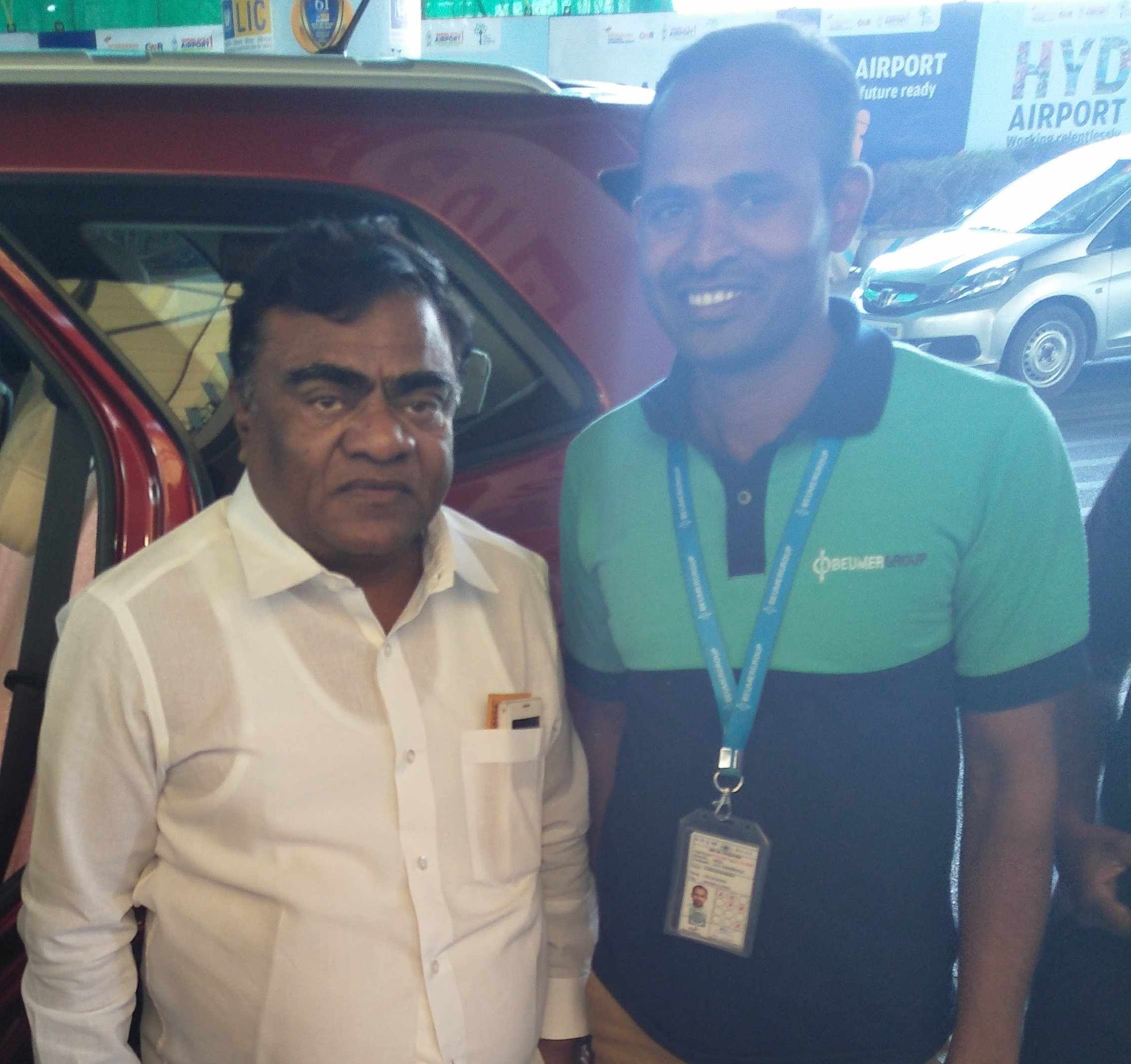 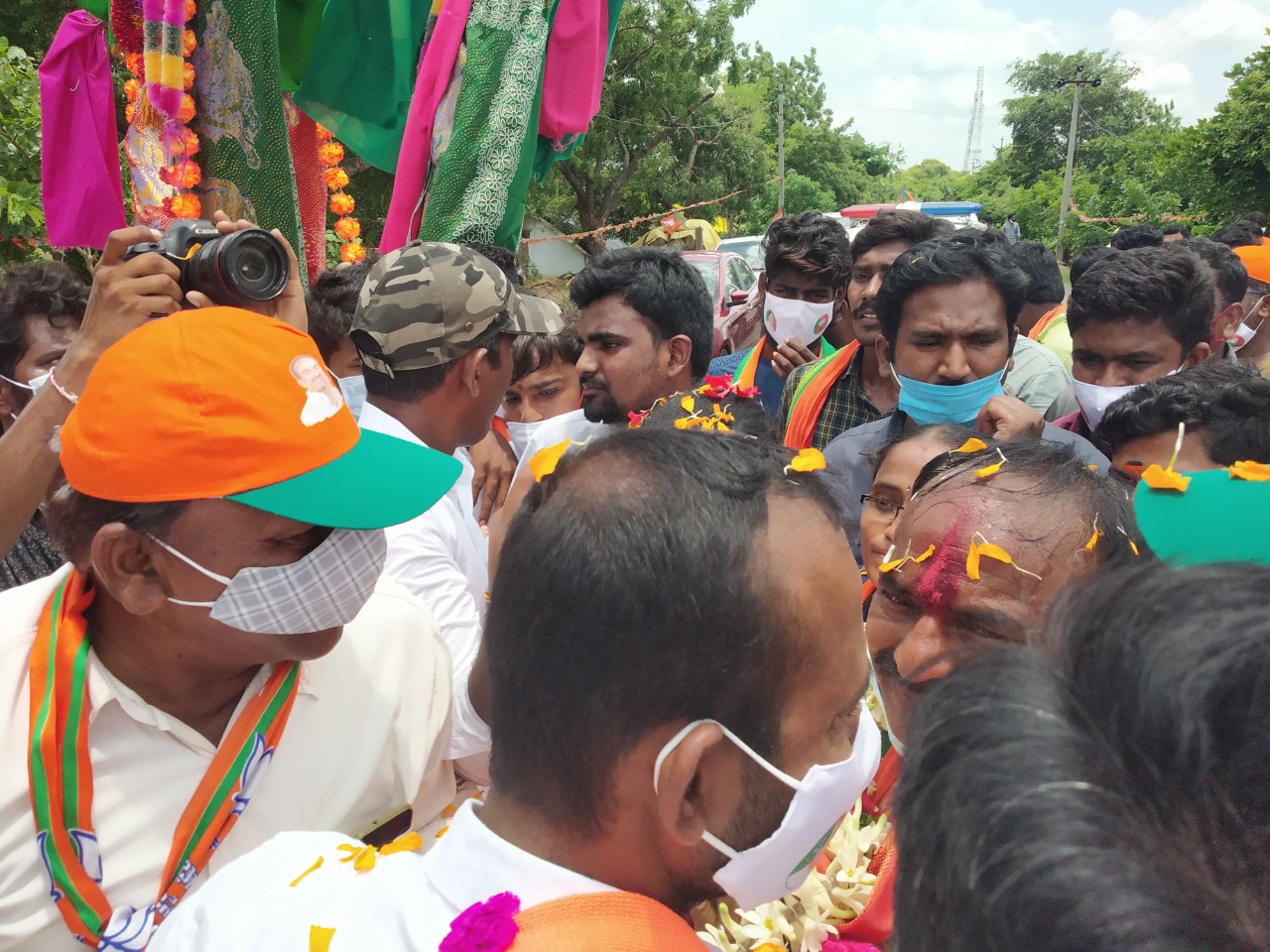 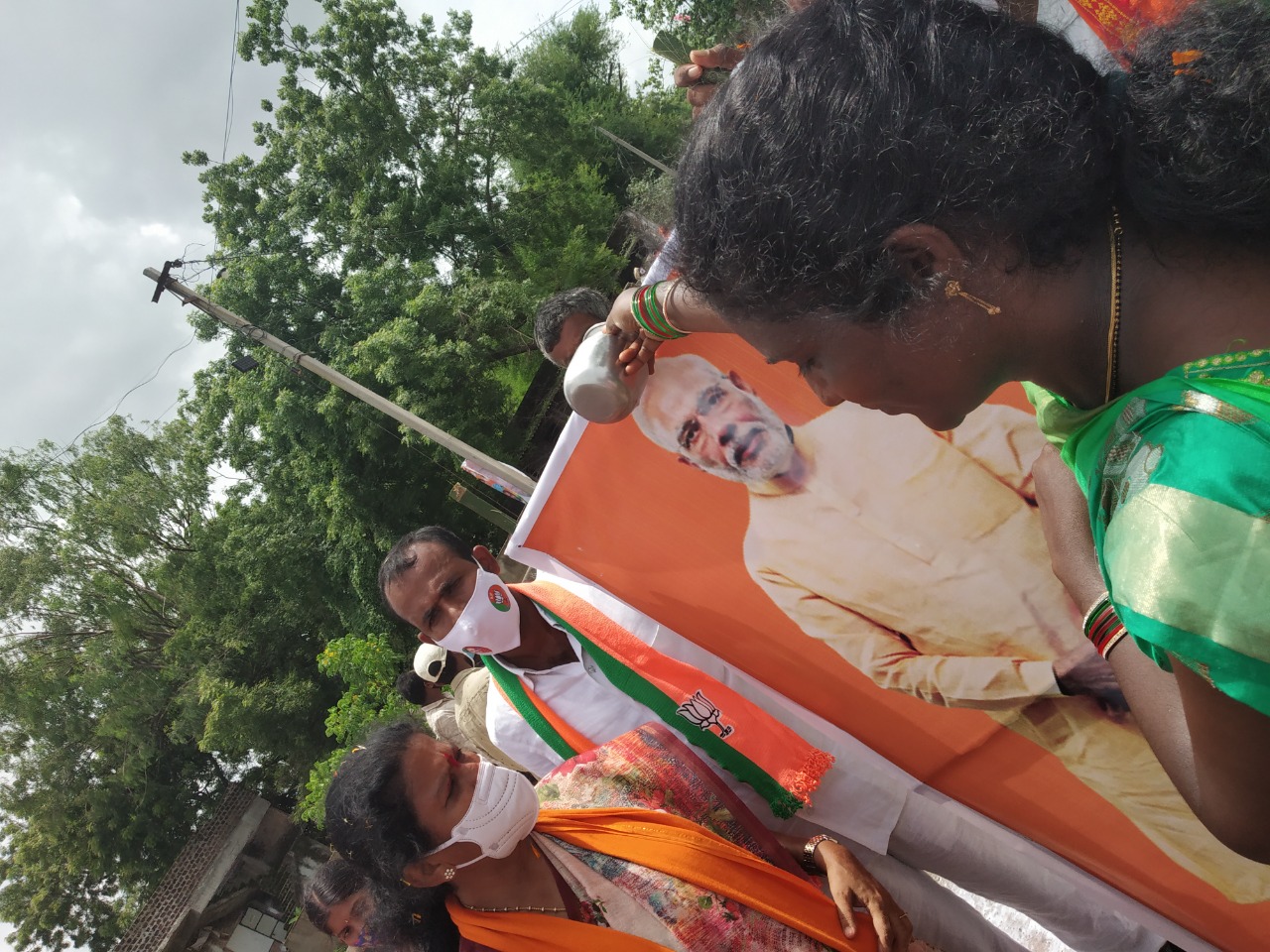 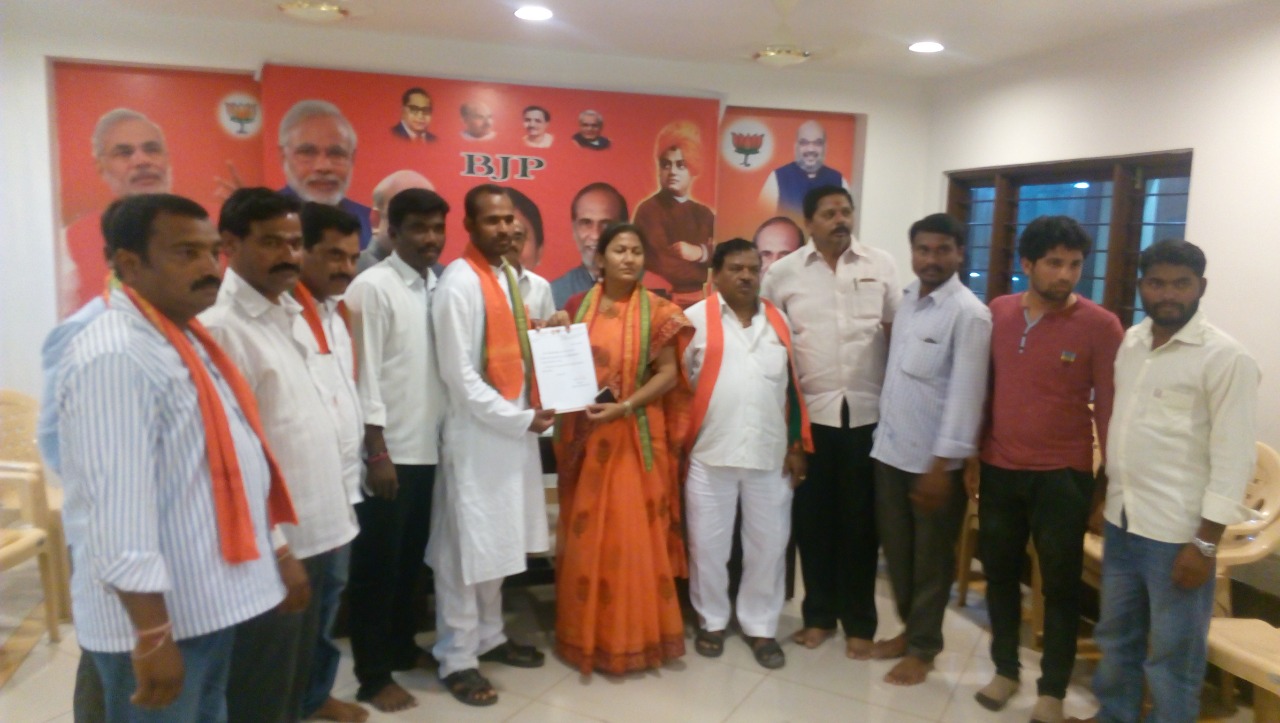 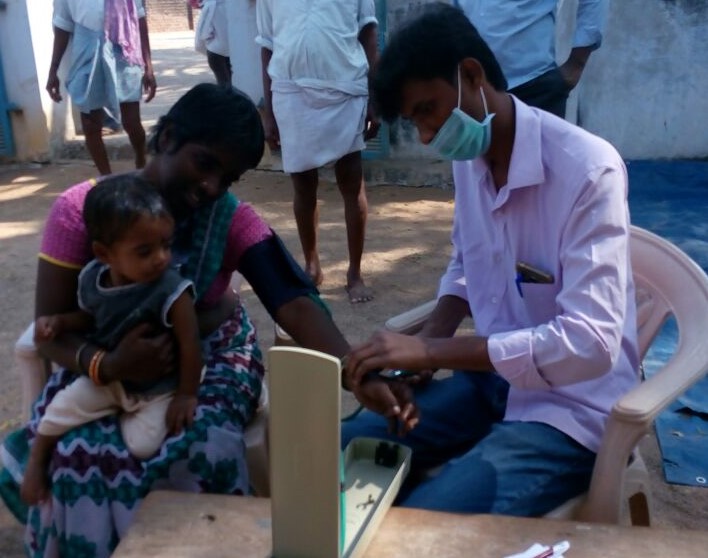 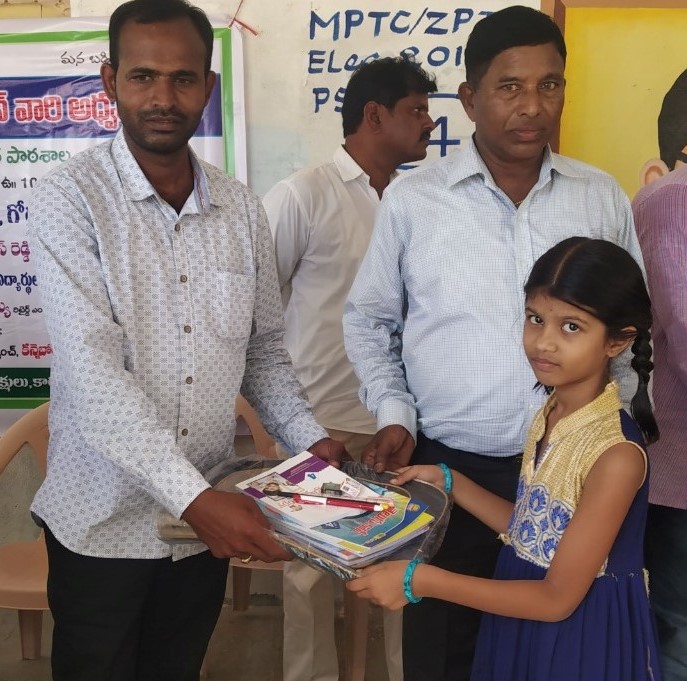 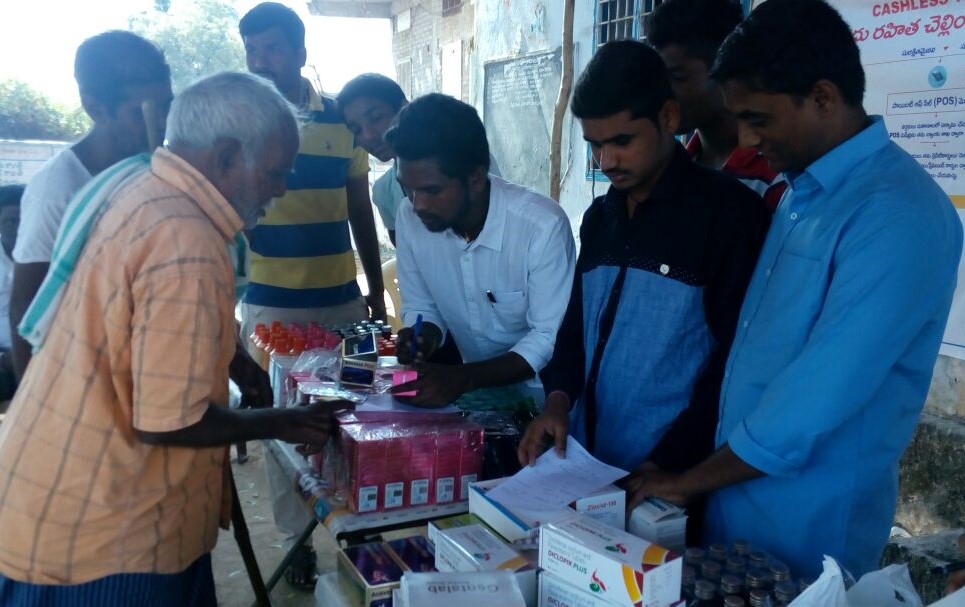 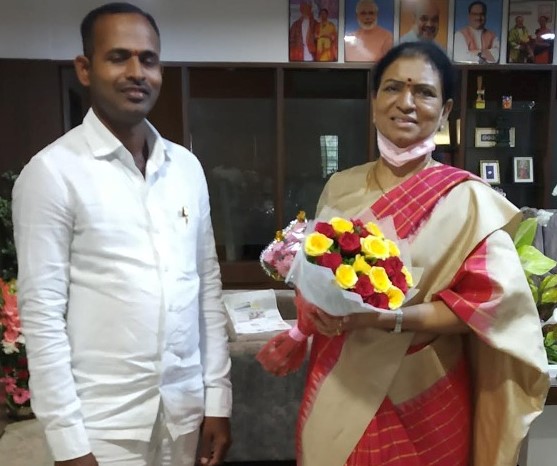 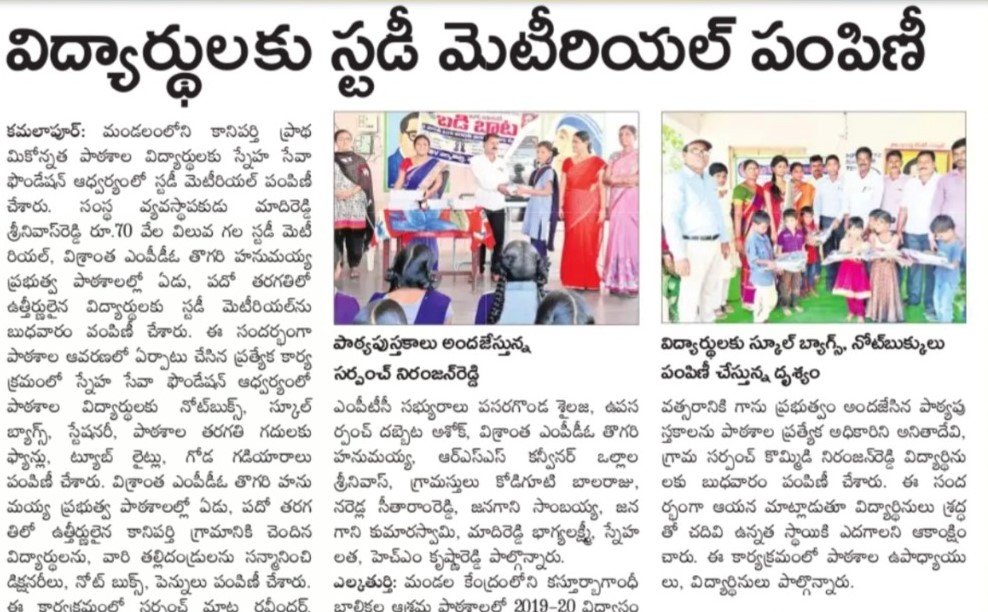 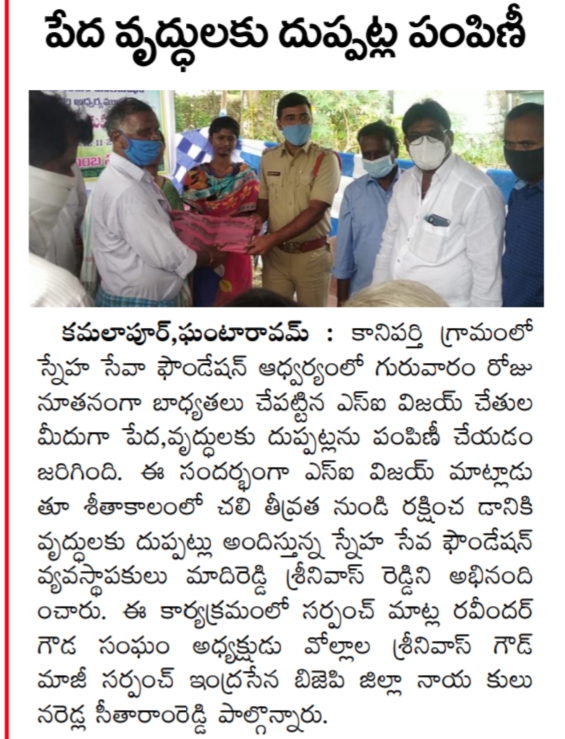 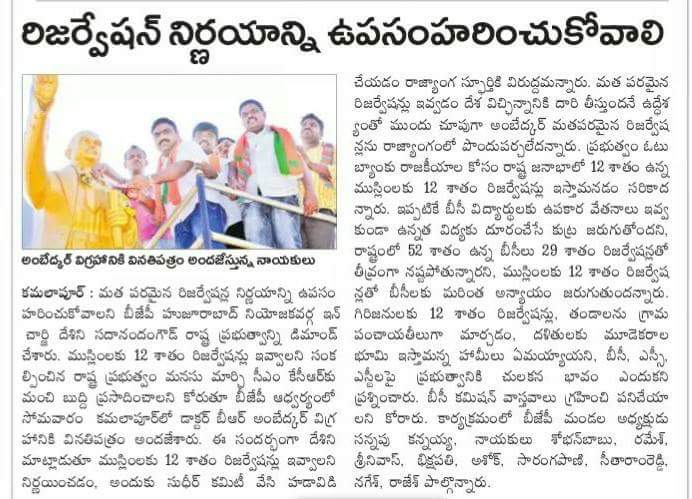 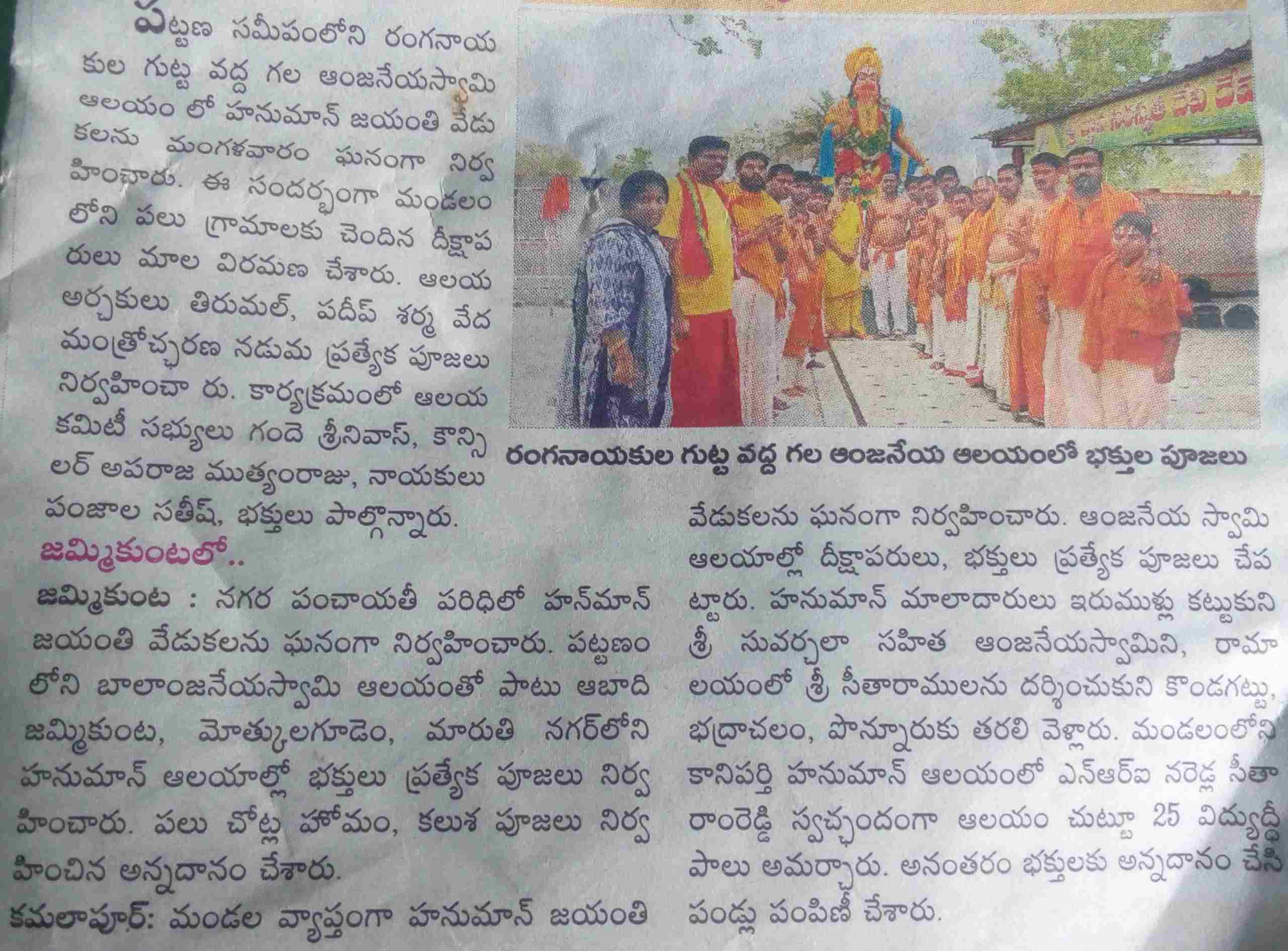 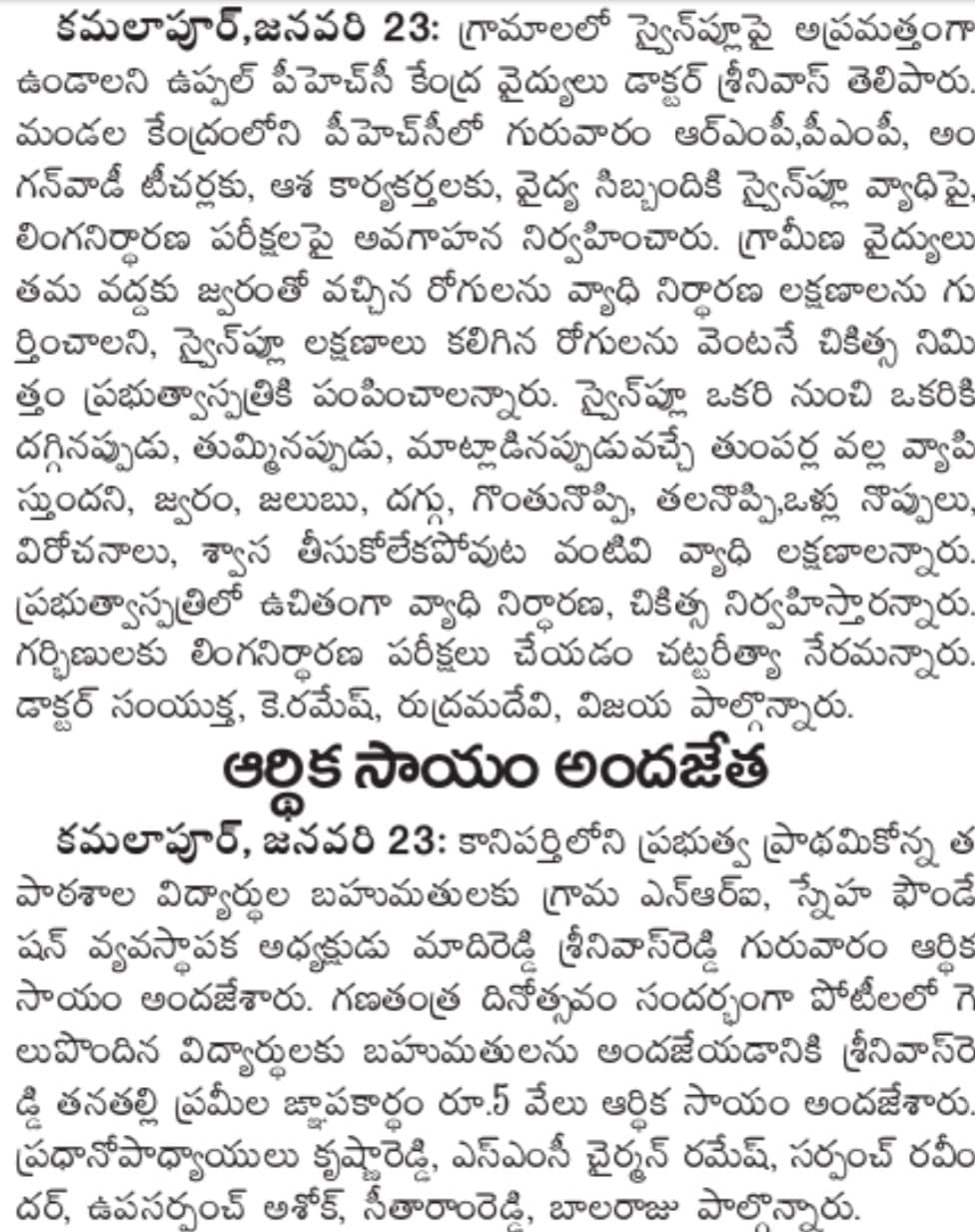 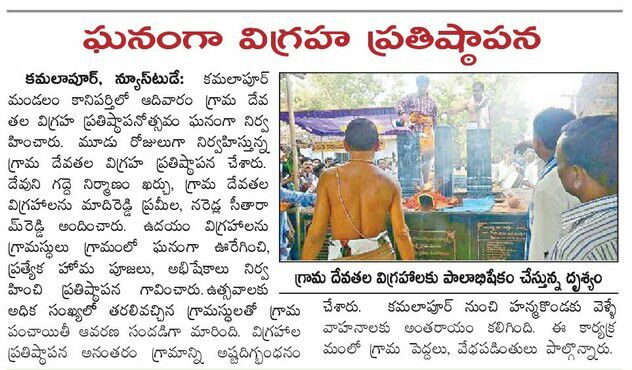 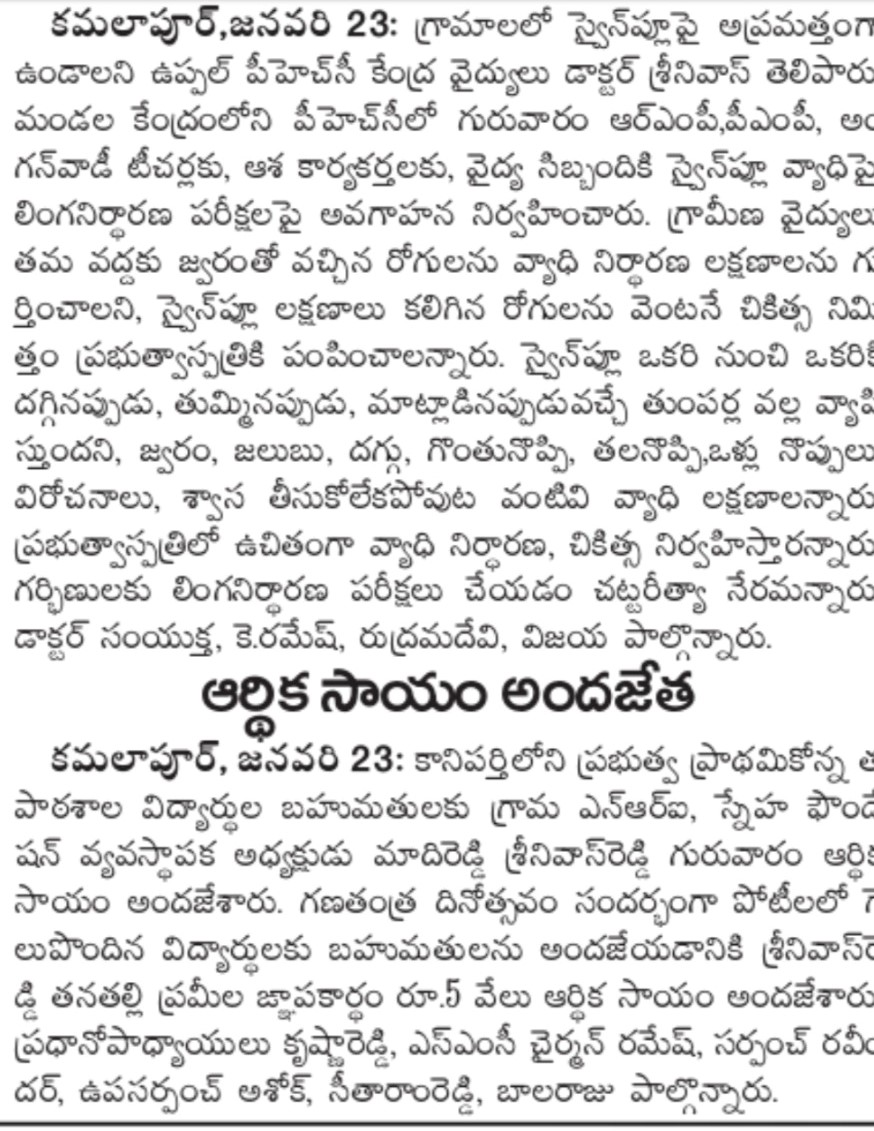 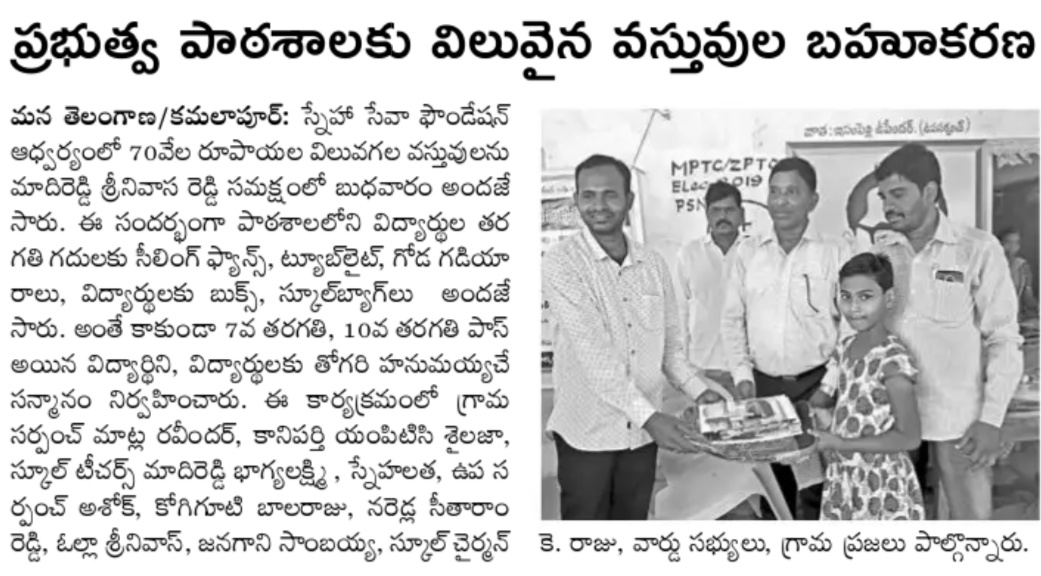 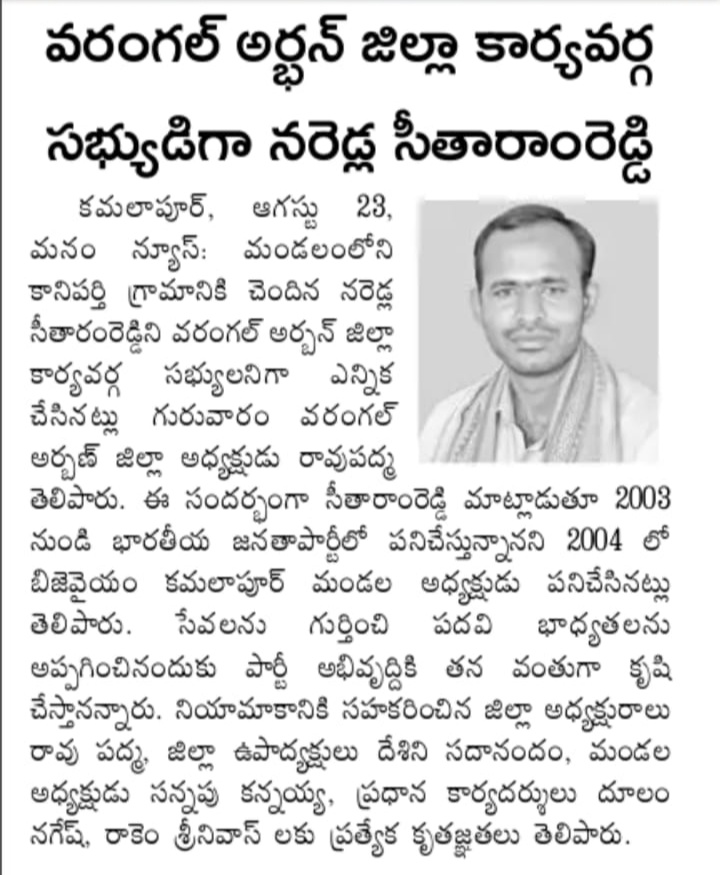 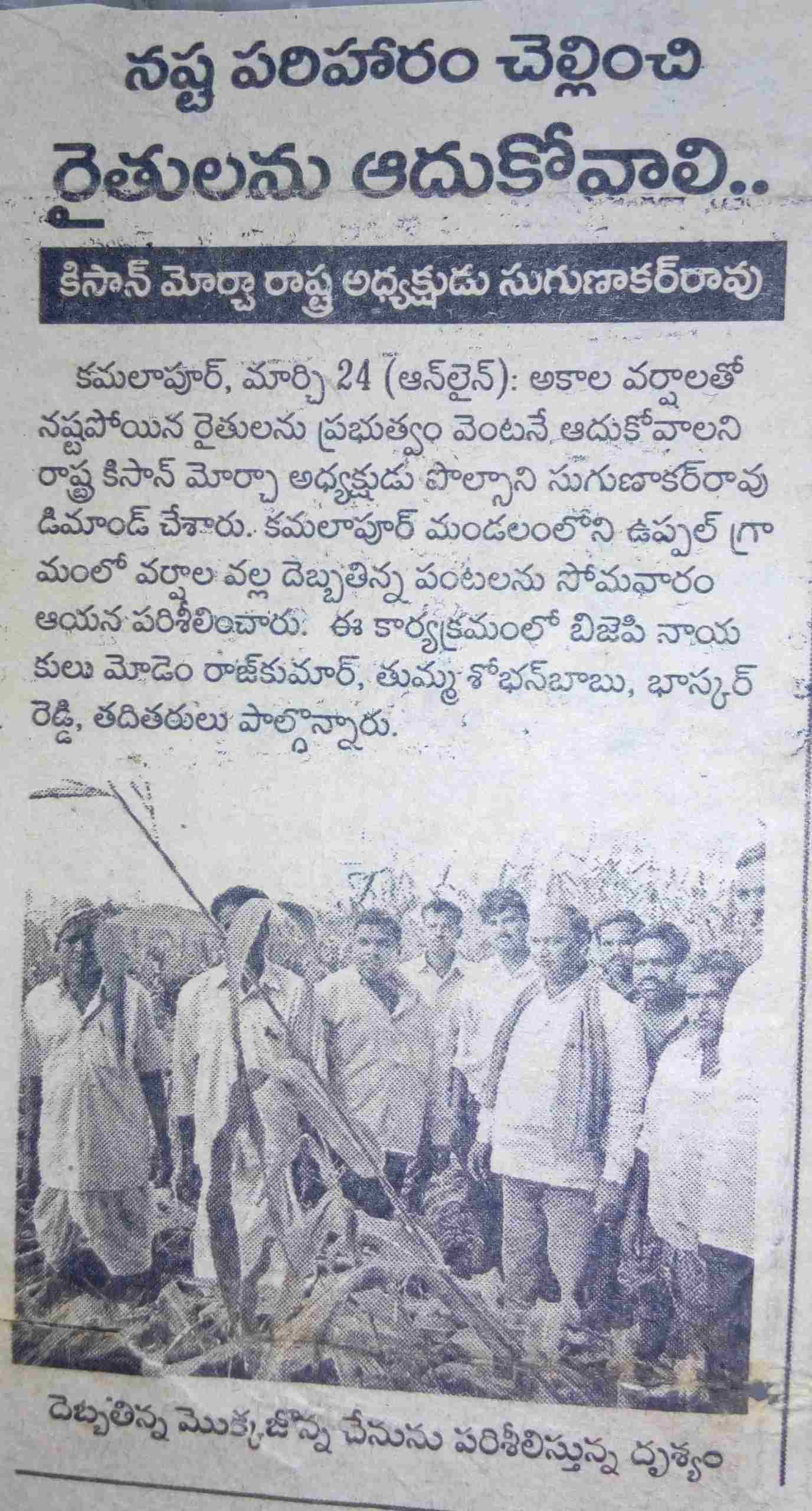 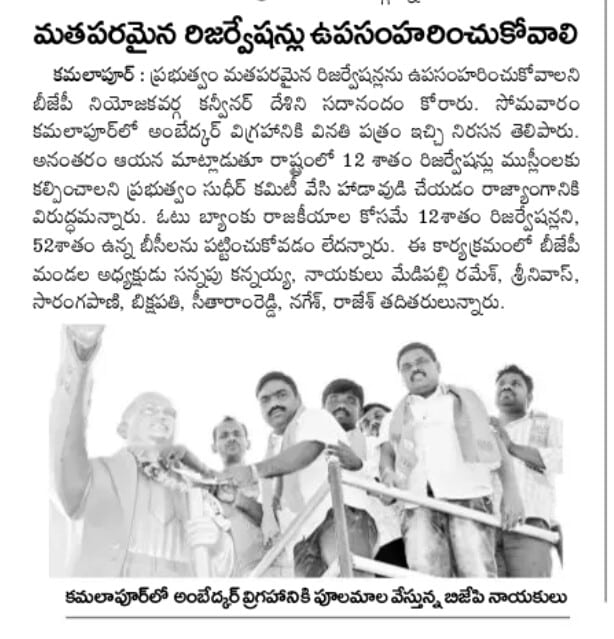 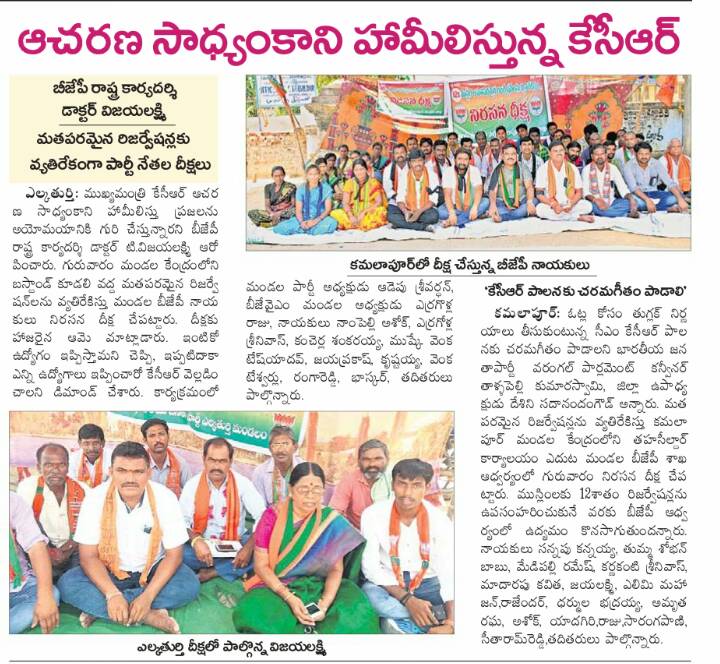 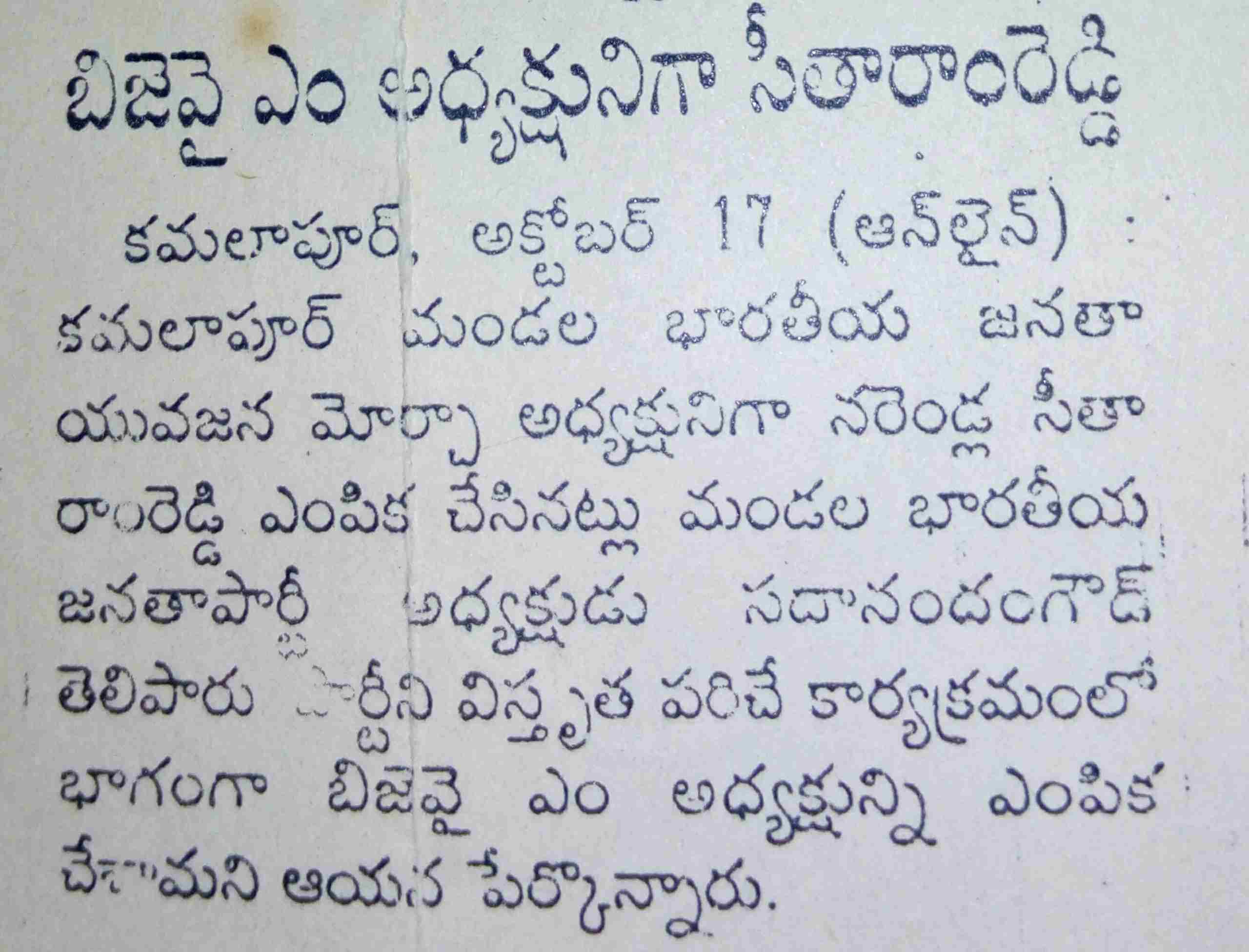 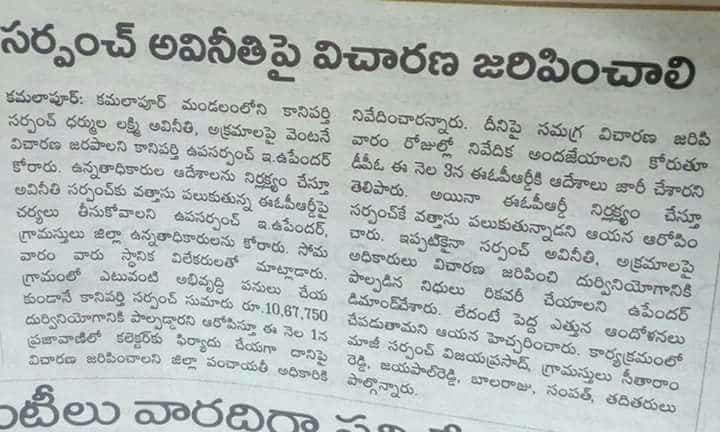 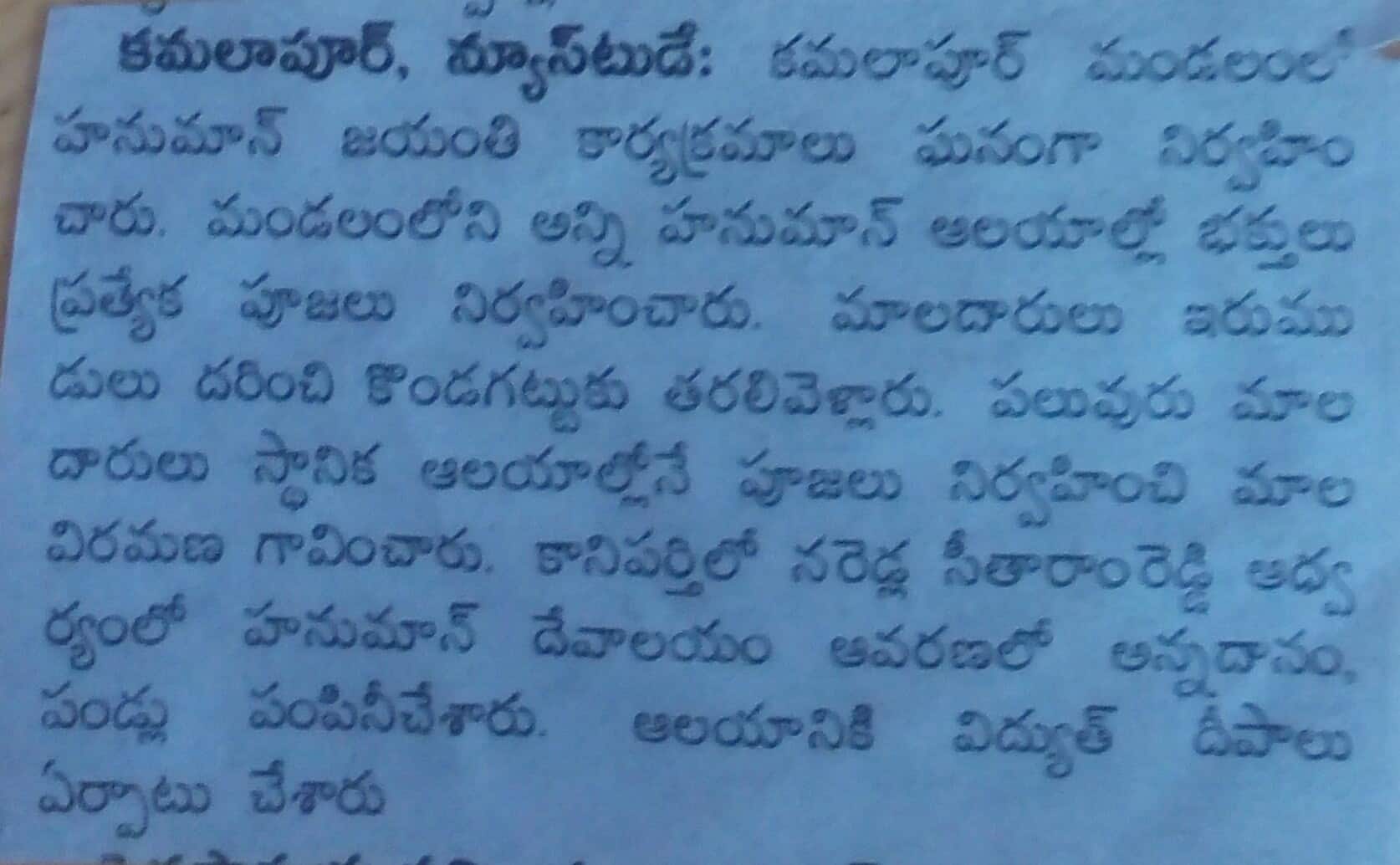