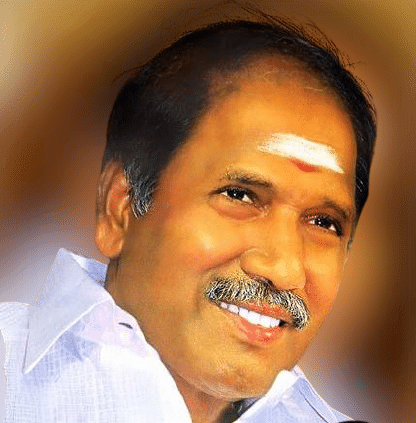 N.Rangaswamy is the 9th Cheif Minister of the Union Territory of Puducherry. He was a Senior Political Leader. He is well-known for his simplicity.

Rangaswamy was born on 04-August-1950. His parents were Nadesan Krhhnasamy and Panchali they belong to a Tamil family.

He attained his Bachelor of Commerce degree from Tagore Arts College and Bachelor of Law(LLB) from Dr. B.R Ambedkar Government Law College, Puducherry.

Rangaswamy entered into Active politics before 1990. He started his political journey with the Indian National Congress(INC) party. He worked as an Assistant to the Minister of Puducherry V.Pethaperumal. In 1990, Rangaswamy first contested as an MLA from the Thattanchavadi constituency, but unfortunately, he lost to Pethaperumal by a narrow margin. He won the 1991 assembly election with an overwhelming majority and was appointed as Minister for Agriculture and elected to Vidhan Sabha as a member of the Indian National Congress.

Rangaswamy was again elected from the same constituency during the 1996, 2001, 2006 assembly elections. In 1996, Rangaswamy appointed as Co-operative Minister. In 2000, He becomes Education Minister. He swore as Chief Minister of Puducherry and served from 2001-2008. Rangaswamy resigned as Chief Minister on 28-August-2008 and to the Congress party. After resigning from Indian National Congress, he started a new political party called the All India Namathu Rajiyam Congress Party within three months, in the 2011 Legislative Assembly Elections.

Rangaswamy has been appointed as President of the All India Namathu Rajiyam Congress (AINRC) party and will discharge his duties properly.

All India N.R. Congress(AINRC) is a regional political party formed by the Chief Minister of Puducherry, N. Rangaswamy in the Indian union territory of Puducherry. The party formed on 07-February-2011 as a breakaway from the Indian National Congress. Currently, it is part of the National Democratic Alliance led by the serving BJP.

Services Done as a Cheif Minister:

N. Rangasamy was the Chief Minister of Puducherry for 8 years and this period is considered to be the golden era in the history of Puducherry. During his government, he implemented many new schemes for the welfare of the Puducherry, Karaikal, Mahe & Yanam people. He had been awarded as the “BEST CHIEF MINISTER for continuous 3 years. He followed Simplicity, Fairness, and Transparency throughout his Government, and in general, his government was called “The People’s Government”.

Some of the Highlights of his Achievements during his Government

“The people of Puducherry considered Rangaswamy as the best Chief Minister

They cannot forget his impeccable efforts,

the way he handled every incident with dignity” 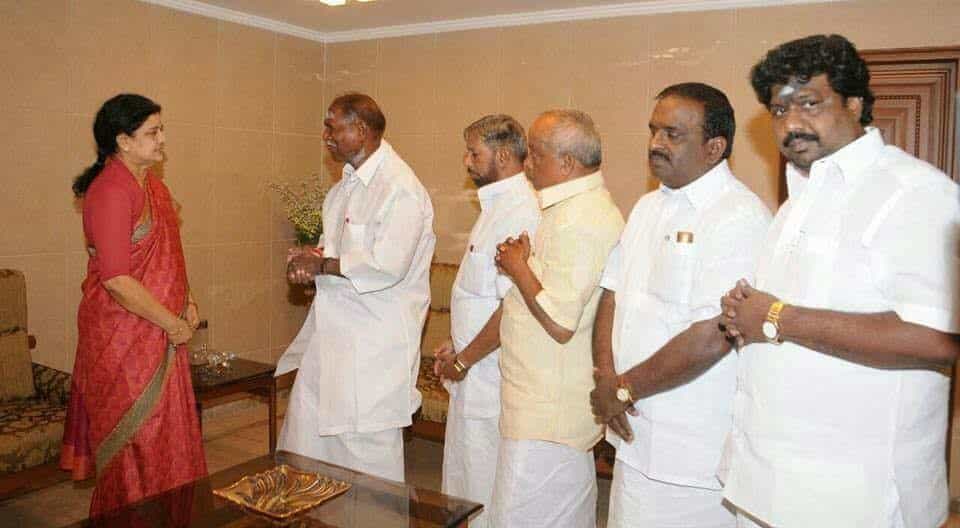 All India NR Congress President and Chief Minister and Present Leader of the Opposition N.Rangasamy met Ms.Sasikala, who is to take charge as AIADMK General Secretary in Poyaskartan, along with NSJ Jayapal MLA, V.Balan Ex MLA and Gnanasekaran Ex chairman and Jawahar. 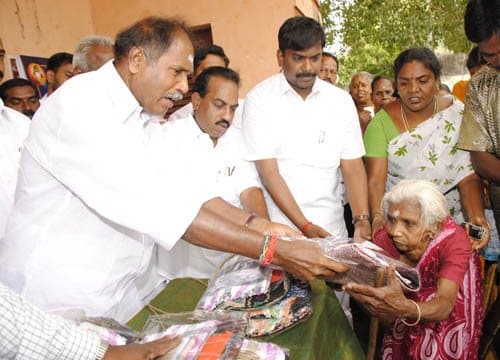 Puducherry Chief Minister N. Rangaswamy is deliberately saying that I will be there for everyone by distributing free clothes to the people. 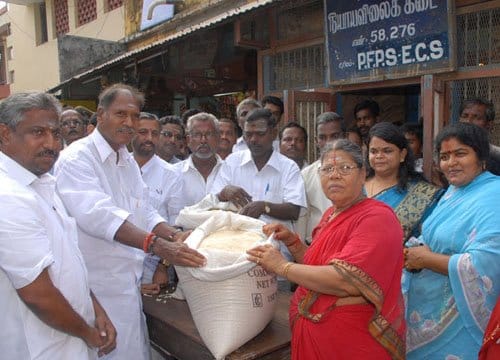 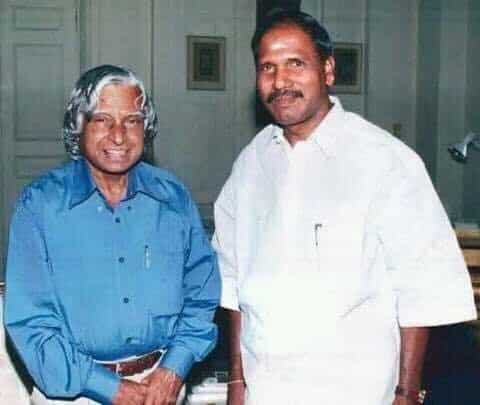 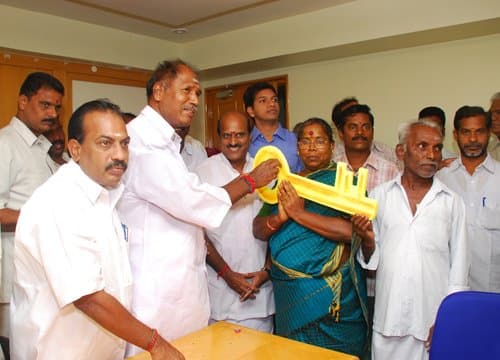 Chief Minister N. Rangaswamy, who is responsible for helping the poor financially, is giving houses for free 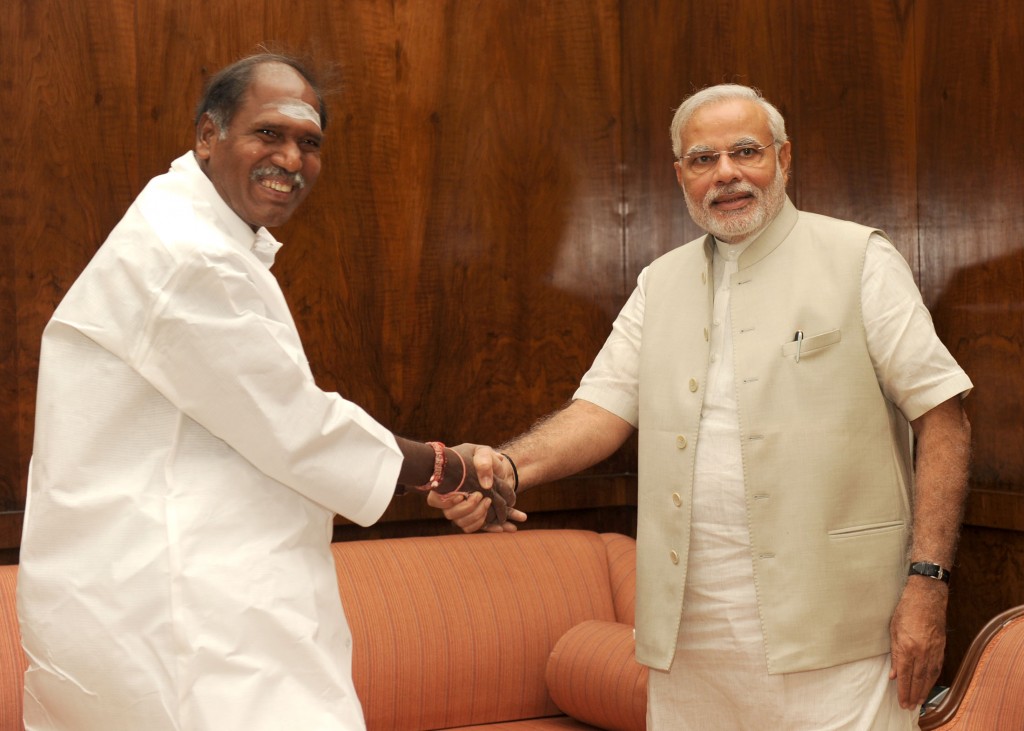 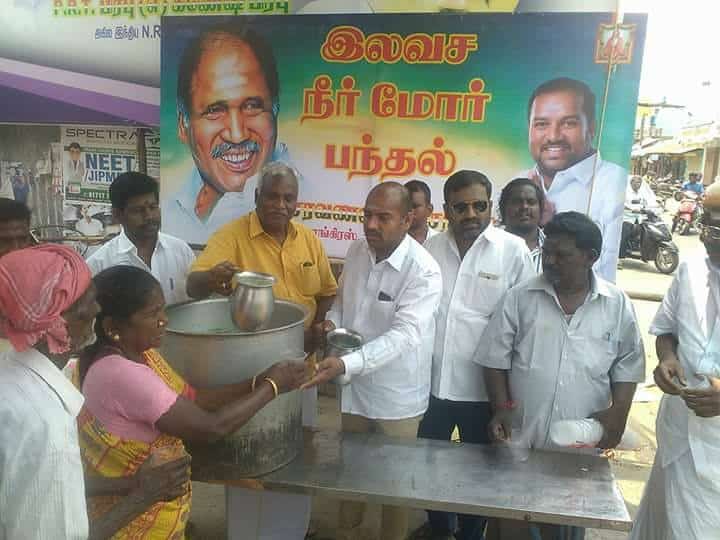 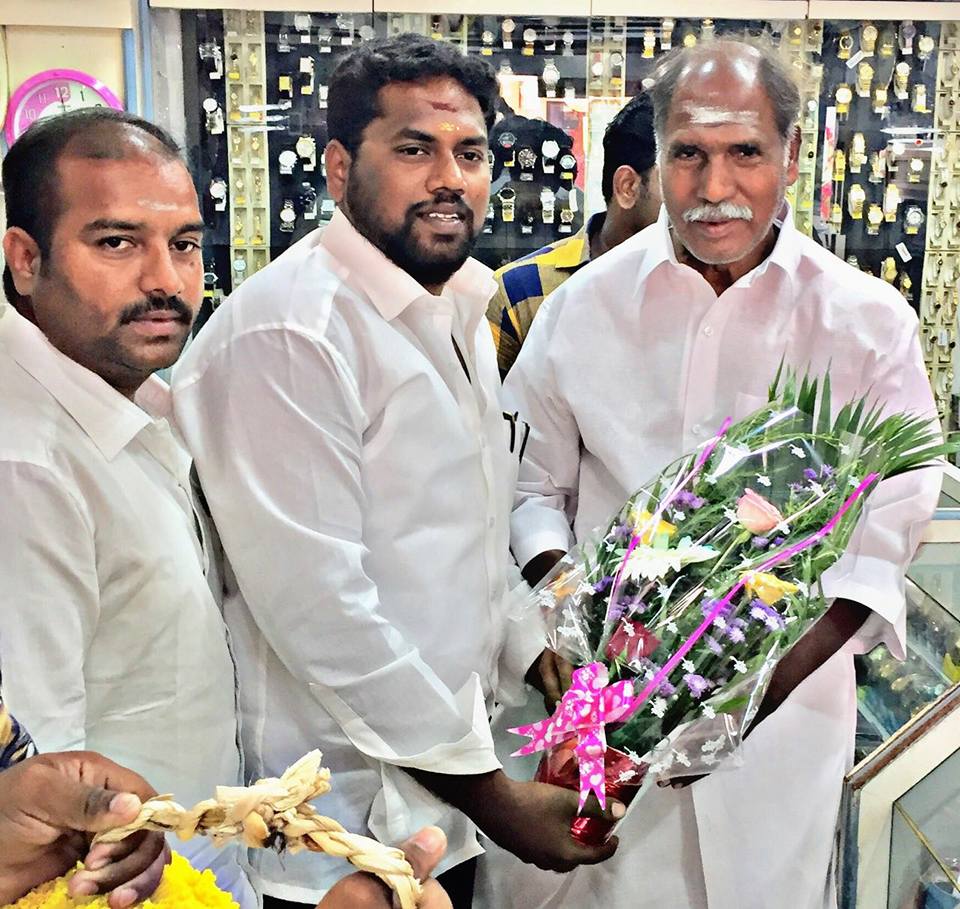 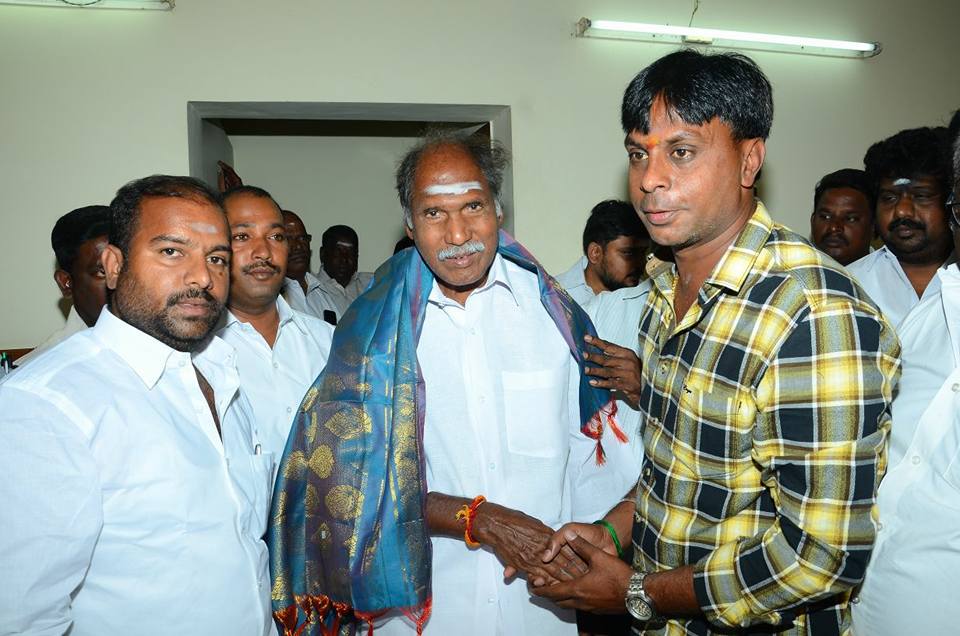 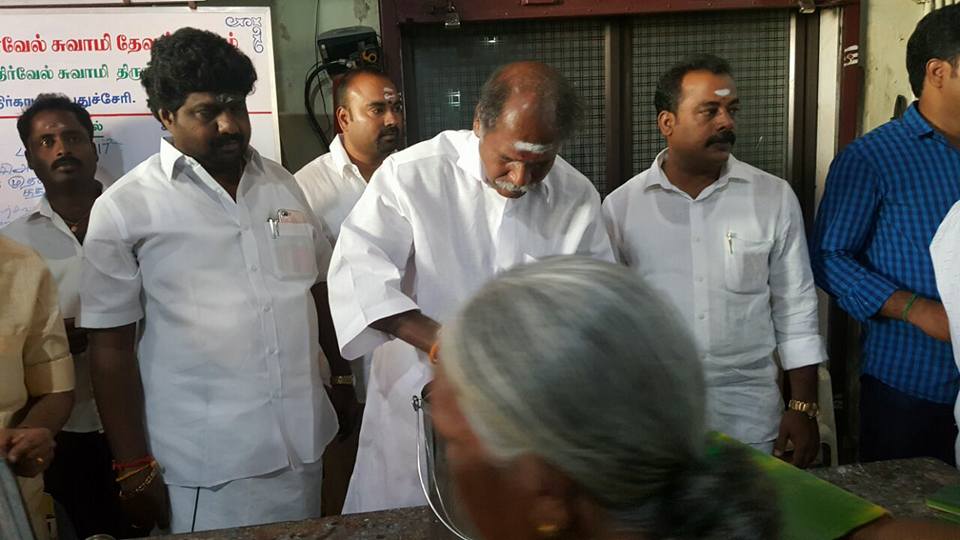 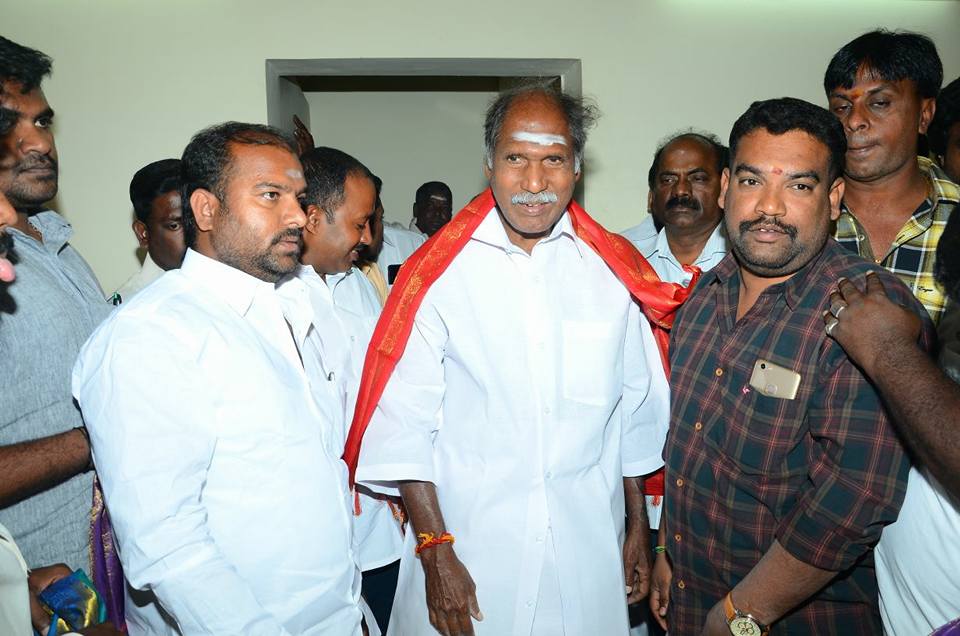 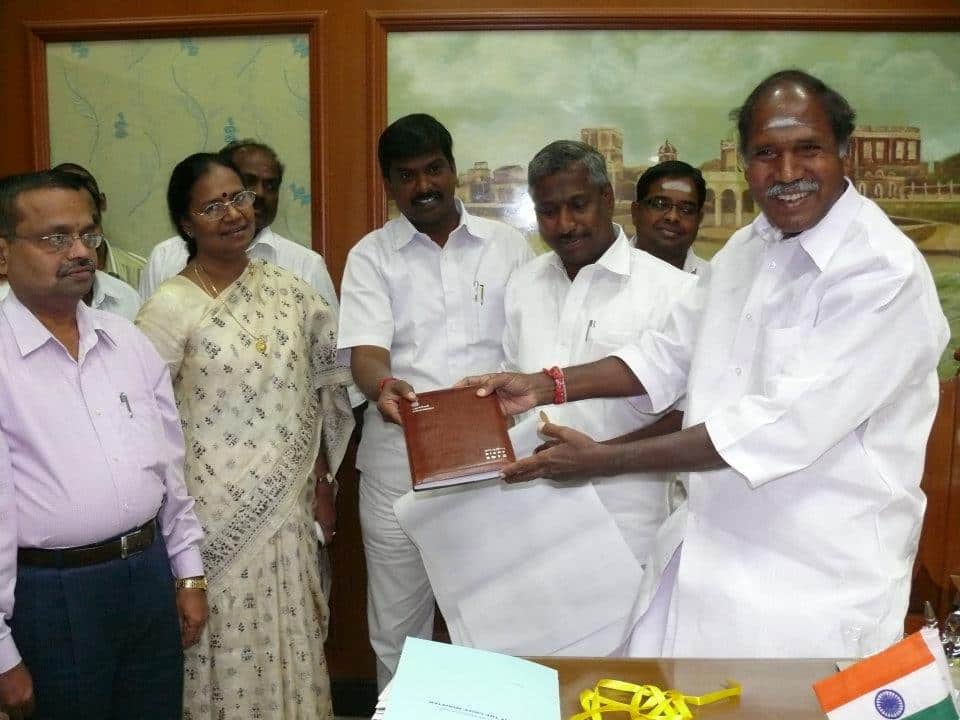 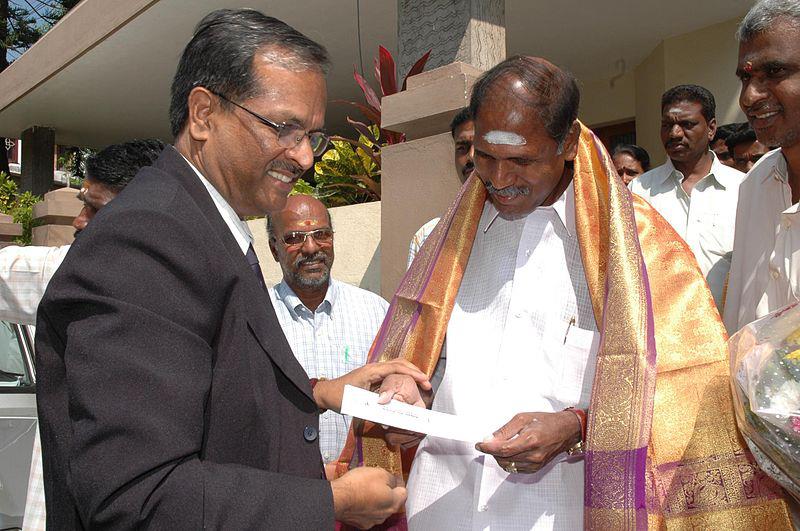 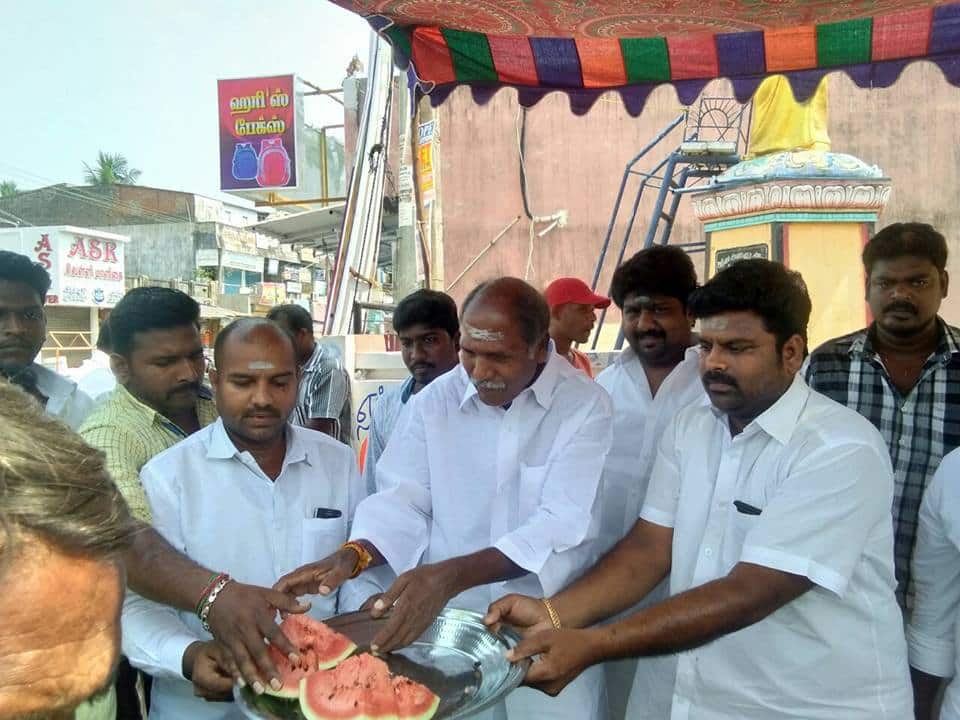 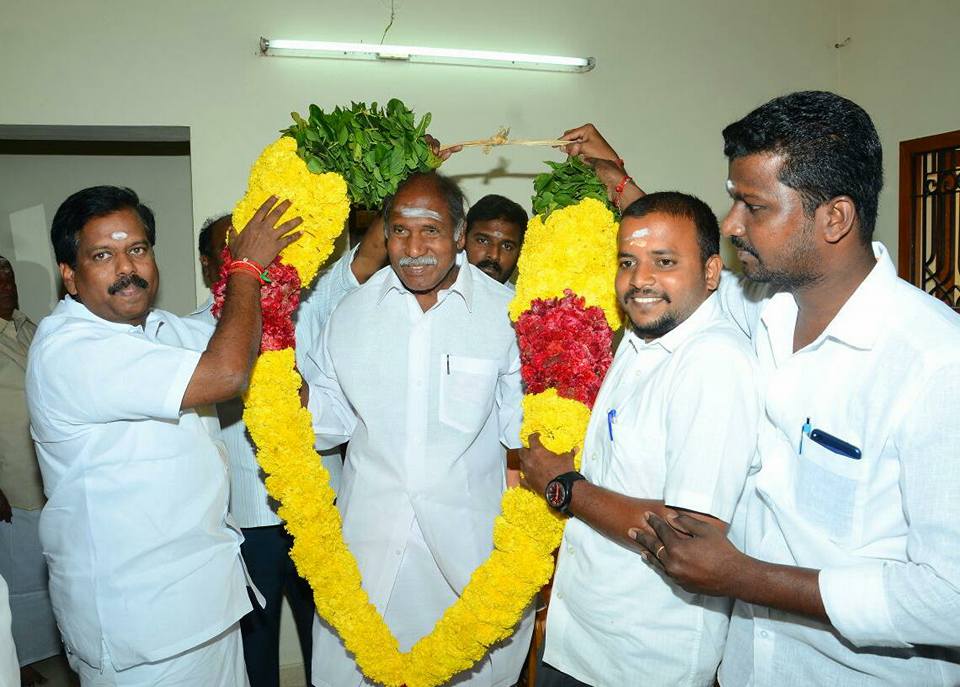 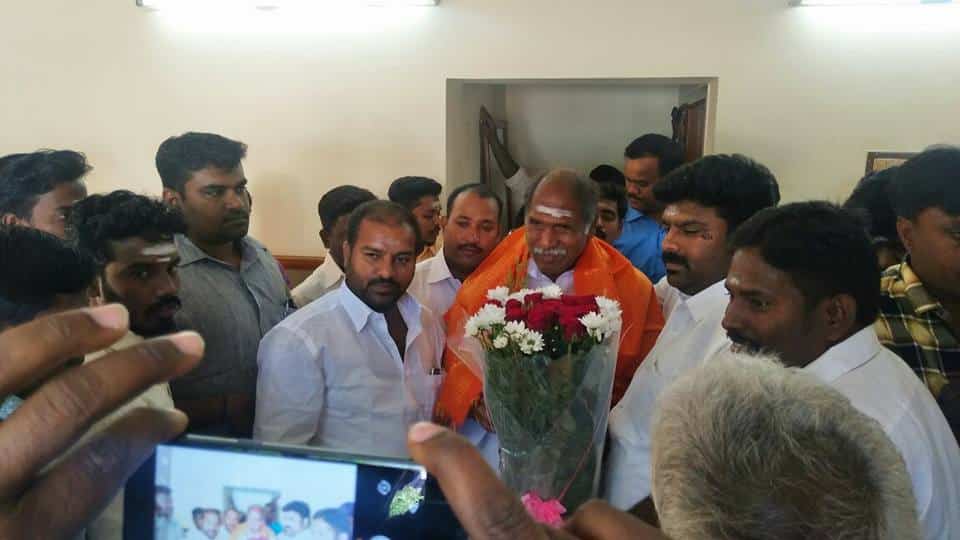 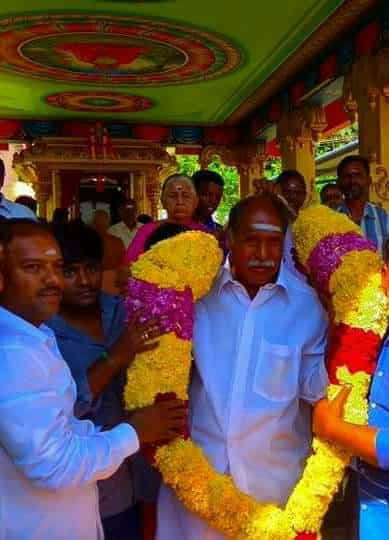 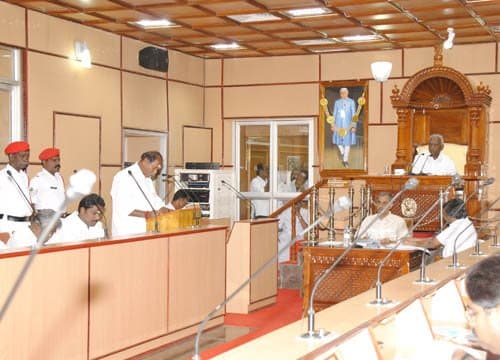 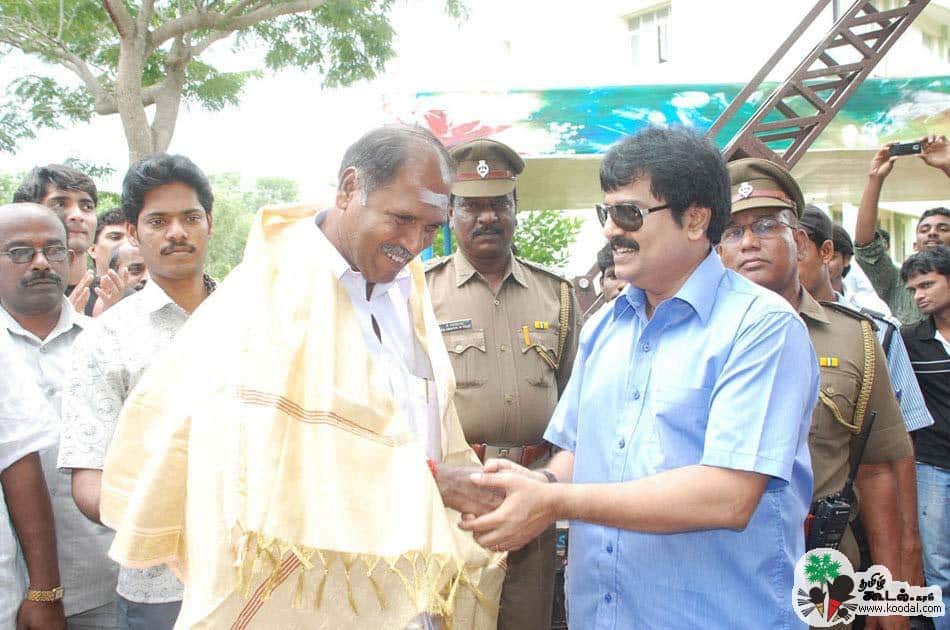 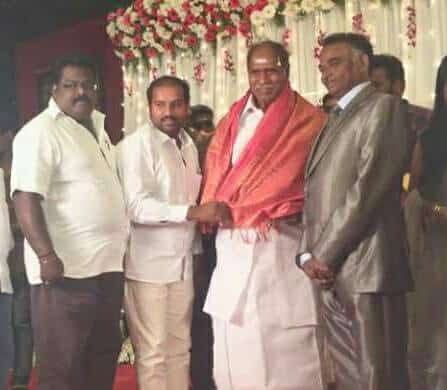 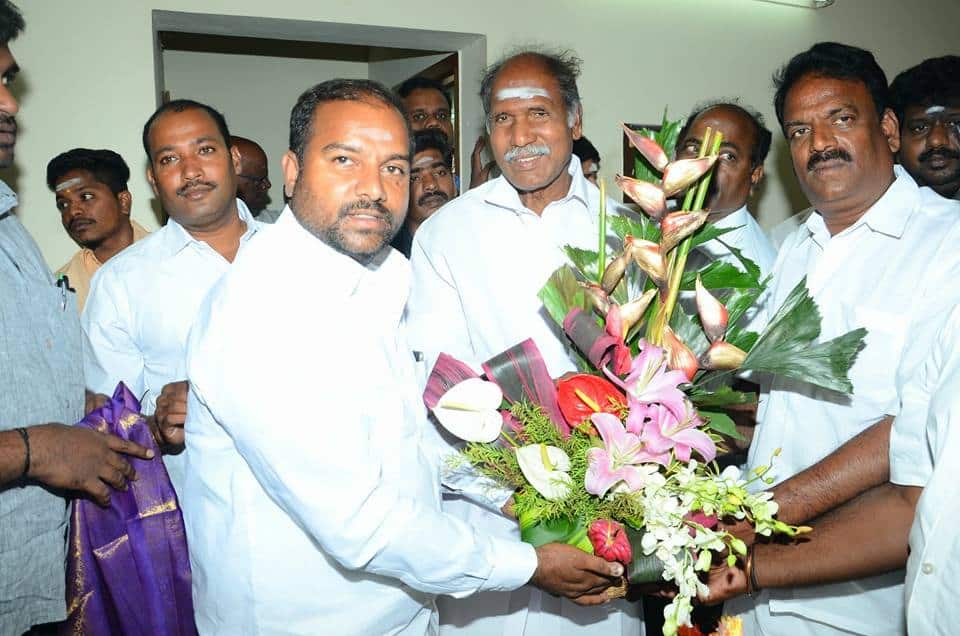 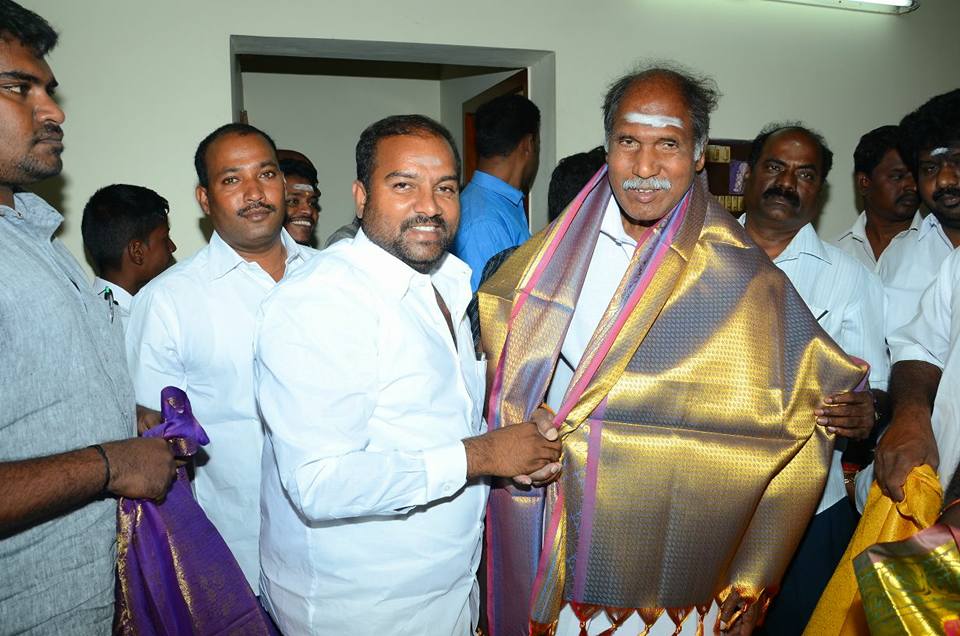 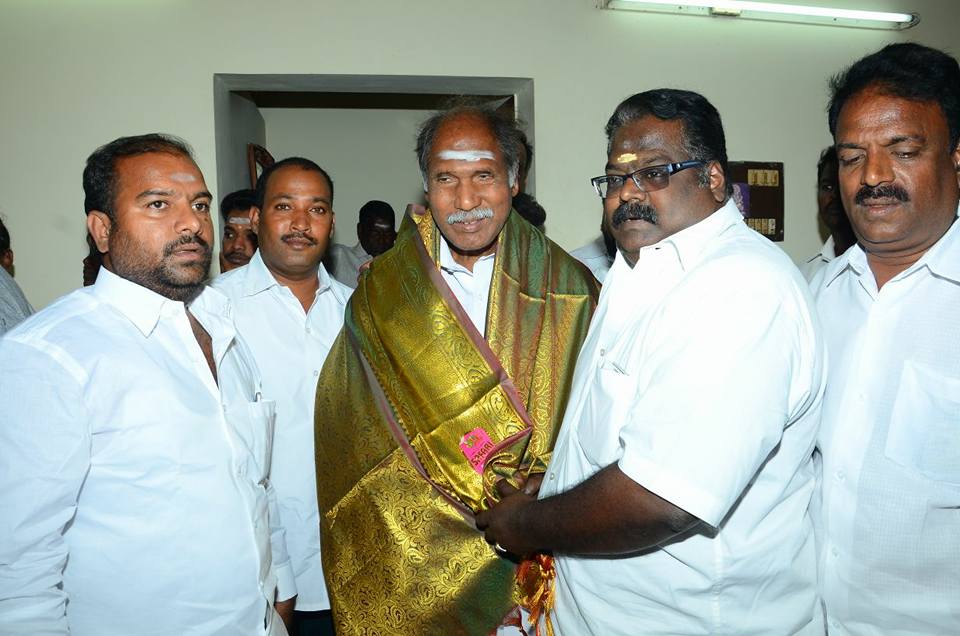 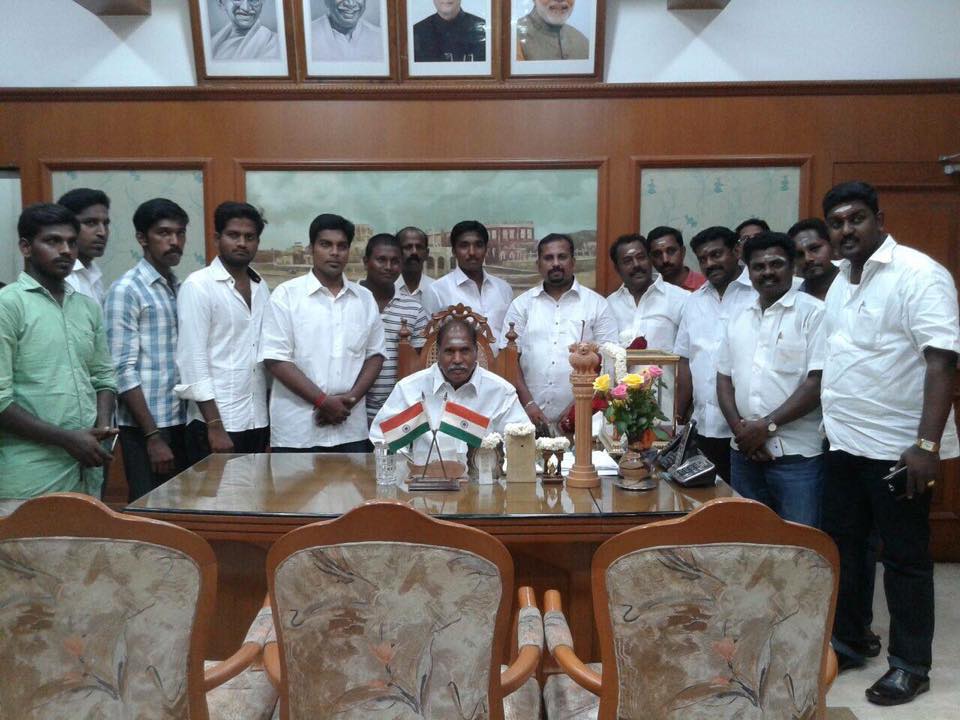 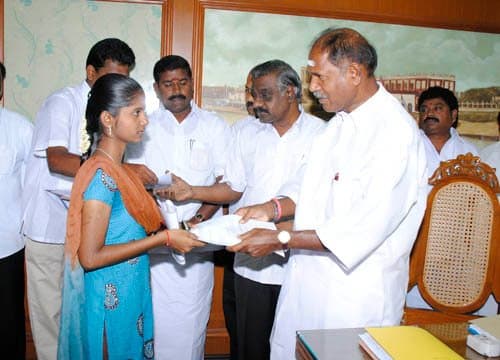 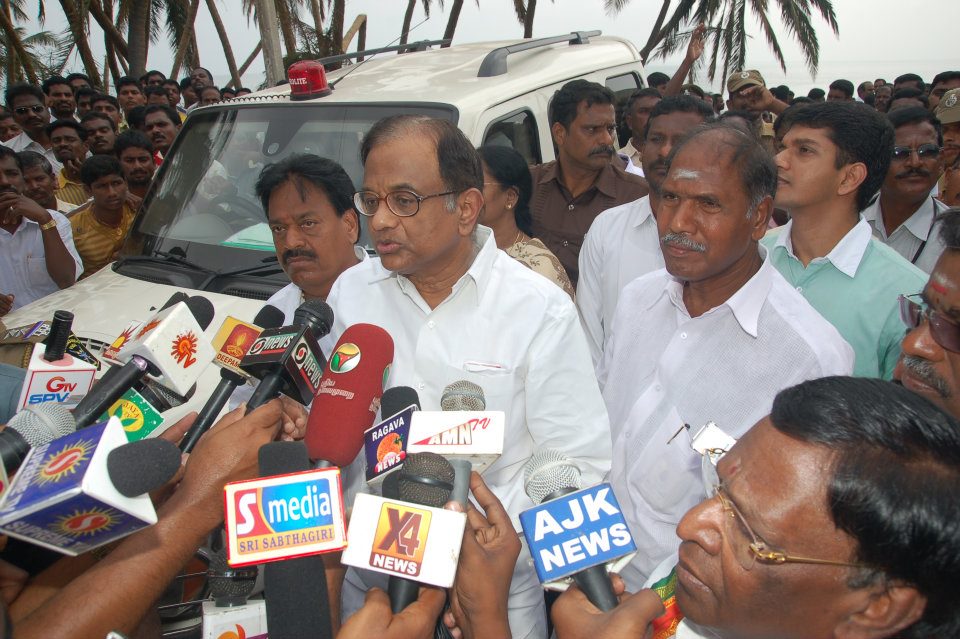 A Chief Minister is the one

who makes him available for the people irrespective of time

with a Bachelor of Commerce degree from Tagore Arts College

Member of the Congress Party

to the Minister of Puducherry V.Pethaperumal

as a member of the Indian National Congress.

of Puducherry for the second time

of Puducherry as part of NDA Alliance