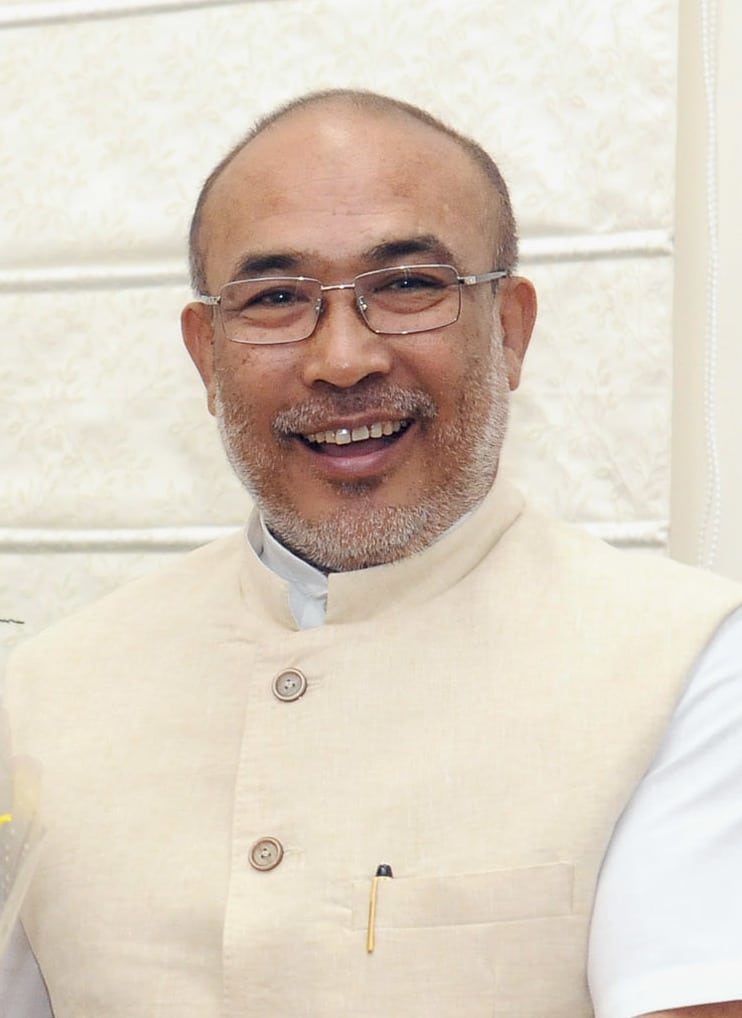 N. Biren Singh is the Chief Minister of Manipur and former Footballer and Journalist. He was born on 01-01-1961 to N. Khunjao Singh in Imphal of Manipur, India. In 1981, He has completed his Graduation B.A. from Manipur University in Canchipur.

He began his career as a footballer and got recruited in the Border Security Force (BSF) playing for its team in domestic competitions, from 1979-1993. He resigned from the BSF and turned to journalism. Despite having had no formal training and experience, he began the vernacular daily Naharolgi Thoudang in 1992 and worked as the editor till 2001.

Singh started his political career with the Democratic Revolutionary Peoples Party (DRPP). In 2002, he was elected as an MLA to the Legislative Assembly of Manipur as the Democratic Revolutionary Peoples Party (DRPP) candidate in the constituency Heingang. He later joined the Indian National Congress(INC). In 2003, he was appointed Minister of State of Vigilance in the Manipur state government.

In May 2007, he retained his Assembly seats as an MLA, contesting on behalf of the Indian National Congress (INC). He was later appointed as the Minister of Irrigation & Flood Control and Youth Affairs & Sports in the State Government. In 2012, he again retained his Assembly seat for the third consecutive term. In September 2015, Biren stated that the recently passed bill in the Manipur Legislative Assembly to protect indigenous peoples would not harm any community in the state. In October 2016, Biren resigned from the Manipur Legislative Assembly and the Manipur Pradesh Congress Committee(MPCC), this came after a revolt against Okram Ibobi Singh, the then Chief Minister of Manipur.

Singh formally joined the BJP on 17 October 2016 and later became the Spokesperson and Co-convenor of the Election Management Committee of BJP Manipur Pradesh. He won the 2017 Manipur Legislative Assembly Election from Heingang Assembly Constituency as an MLA. In March 2017, he was elected as Leader of the BJP Legislature Party in Manipur, and with a majority of MLAs having been presented to the Governor, he was sworn in as Chief Minister of Manipur on 15 March 2017. He is the first-ever BJP Chief Minister in Manipur.

In January 2018, he lays the foundation stone for the new academic building of Manipur Public School. The project is undertaken by Manipur Minorities and OBC Economic Development Society (MOBEDS). The cost of the project is estimated to be Rs 10.80 crore under the Union Ministry of Minority Affairs and will include new classrooms, headmaster’s room, common rooms, library, laboratories, toilets, and separate hostels for boys and girls.

On April 20, 2018, Singh launched the First State-Level Ginger Festival at Parbung in Pherzawl District. The festival will remain one of Singh’s legacy in the promotion of agriculture in the hill district which is one of the most backward in the state. Farmers have reported that since 2018 they can sell their organic ginger throughout the year.

During the 2020 COVID-19 pandemic in India, Manipur became the third State to declare itself coronavirus free after the two patients who had tested positive successfully recovered from the virus. On 17th June 2020, 9 MLAs supporting N.Biren Singh led the government revolted against him and withdrew support from his government blaming him. Currently, N.Biren Singh is running Minority Government in the state.

In our continuous effort to support the entrepreneurs, firms, and companies who are earnestly working in their own fields to develop the economy of the State, Department of Planning, Government of Manipur distributed Subsidy Grant of Rs 1.50 lakh each (1st Installment ) to around 150 Idea Stage Beneficiaries under Manipur Startup Round II, 2019, at CM Secretariat complex today. 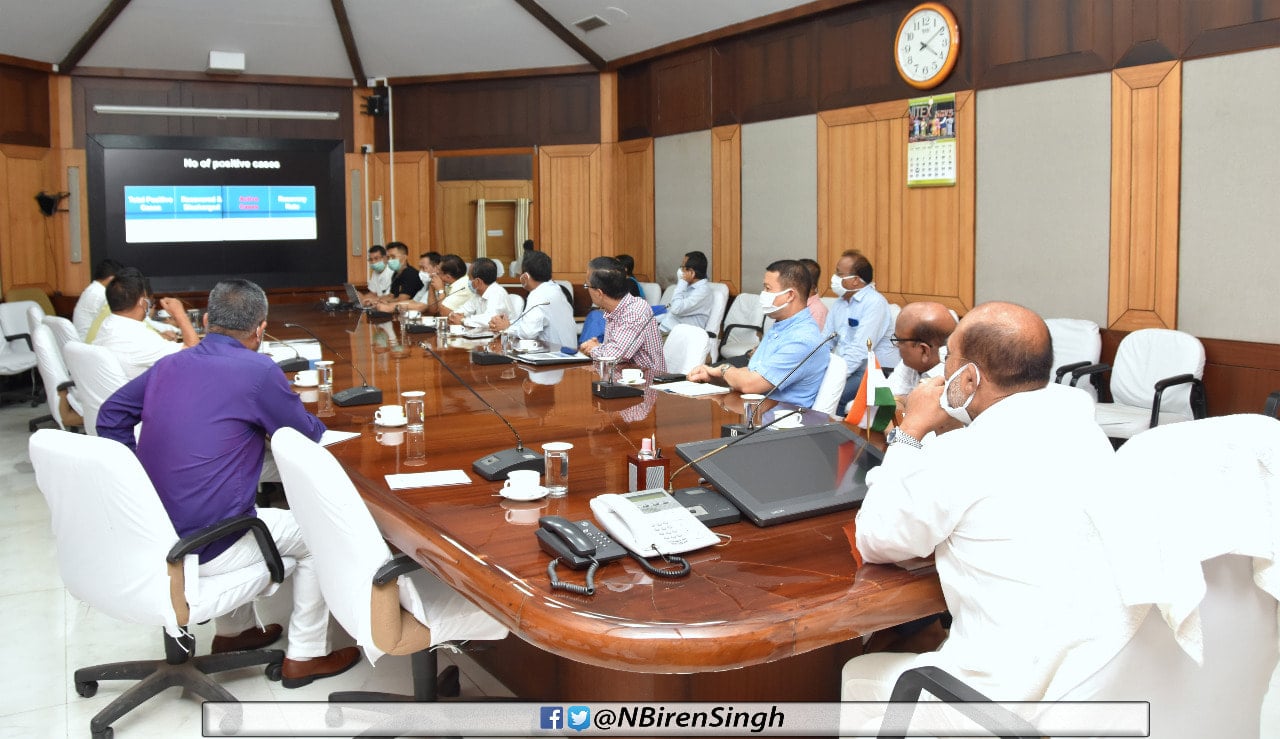 Meeting of the State Consultative Committee for COVID-19

Meeting of the State Consultative Committee for COVID-19 held at my office today to review various issues including the situation in Jiribam, launching of Rapid Antigen Detection Testing, and opening of 100 bedded COVID Care Centre in the District, and other issues to stop the virus from spreading to the community. 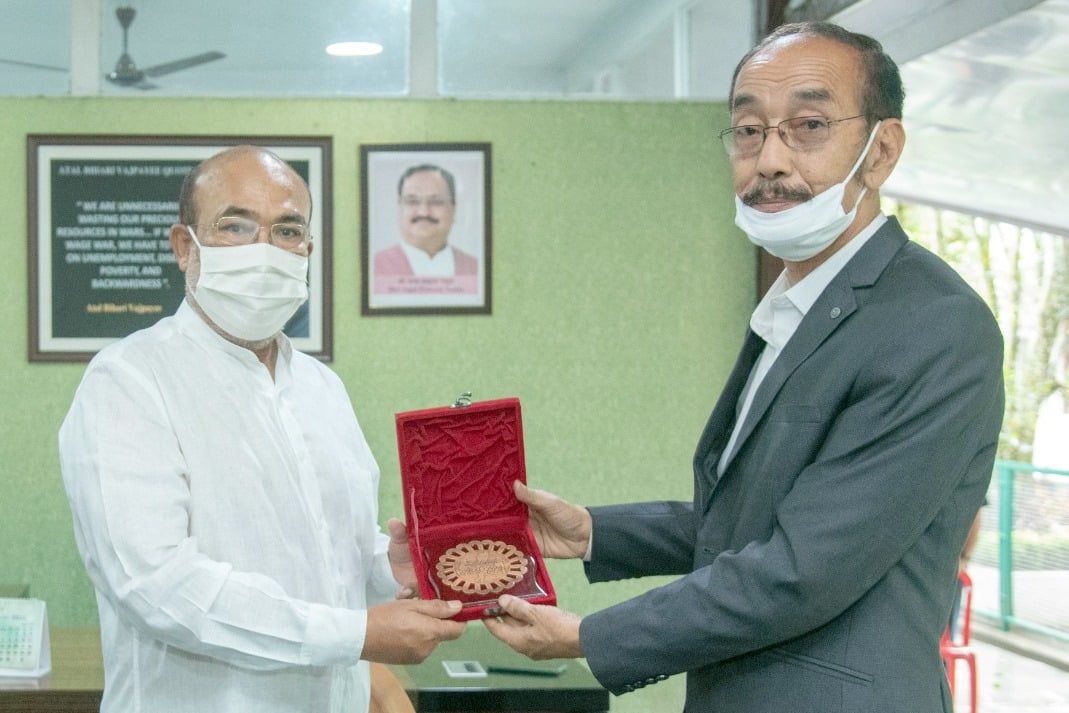 Congratulations Shri. Gyanendro Ningombam, on being named as the new officiating President of Hockey India. It is a matter of great pride for Manipur and I believe Indian hockey will be taken to greater heights under your Presidency. 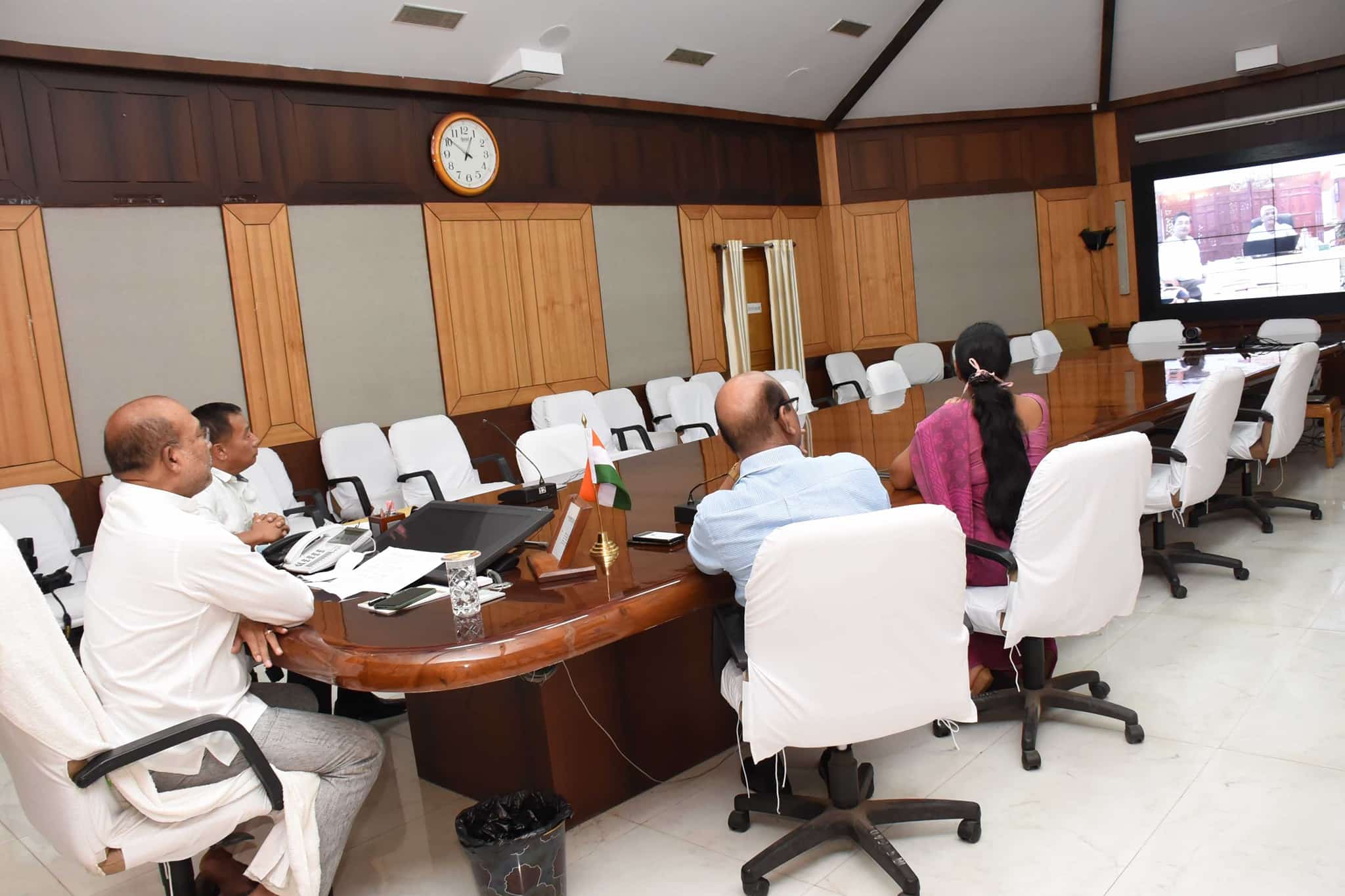 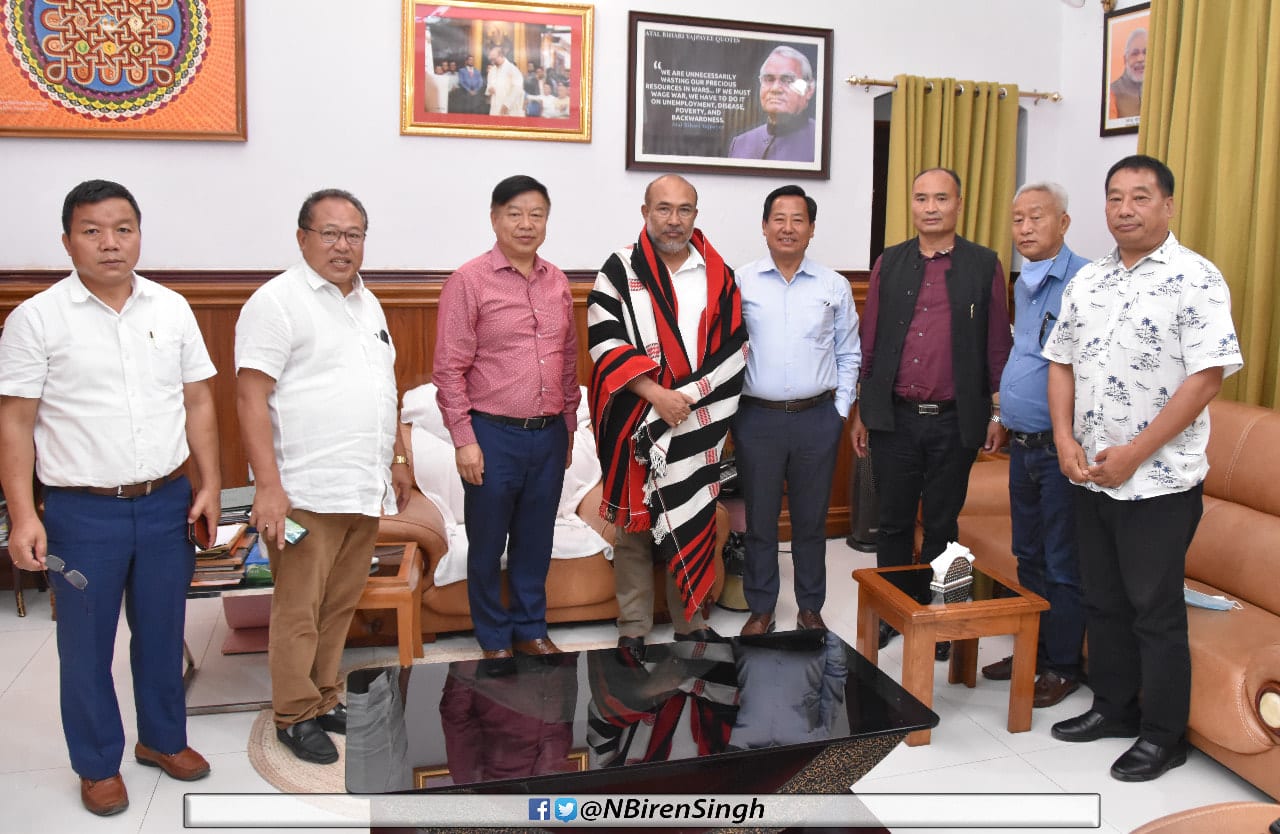 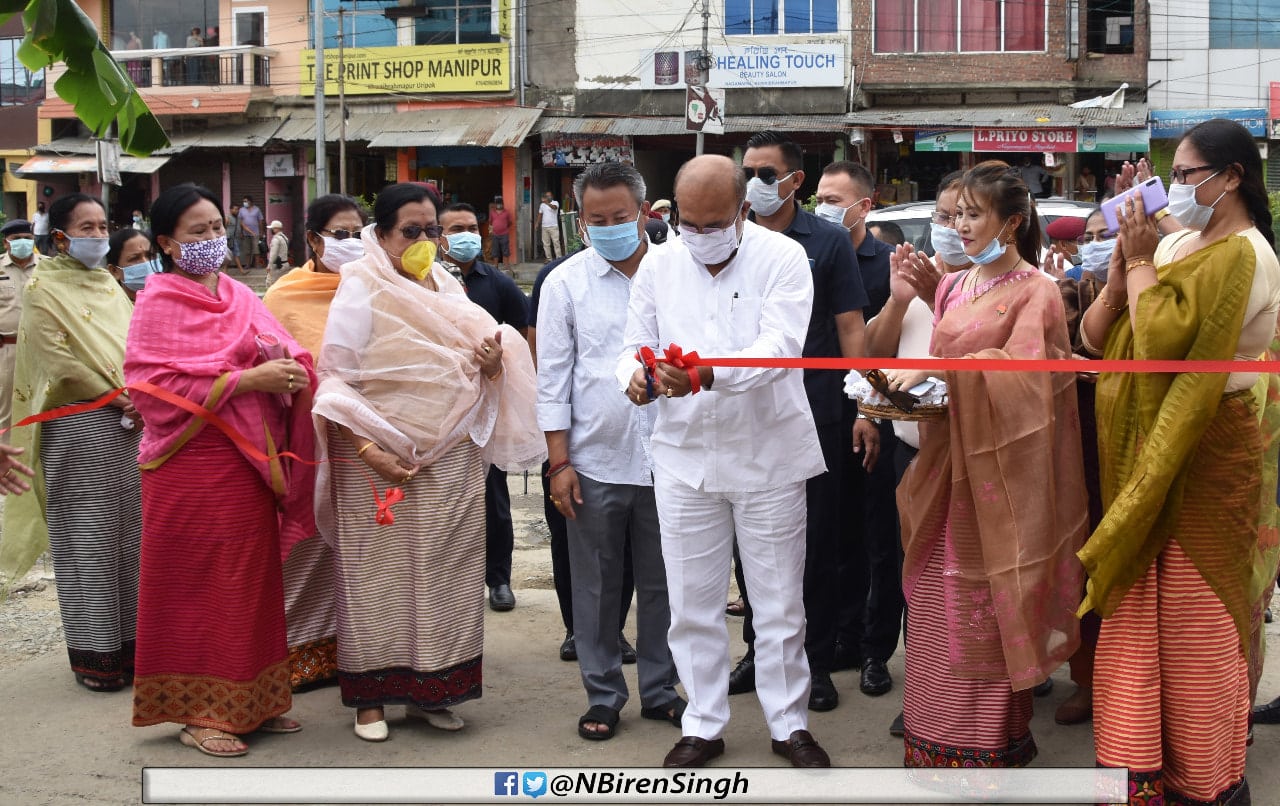 In order to check unwanted parking of vehicles by the roadside and facilitate smooth movement of motor traffic and pedestrians, a public parking place is inaugurated today at the Naga Nallah in Imphal, constructed and managed by MAHUD Department and Imphal Municipal Corporation. 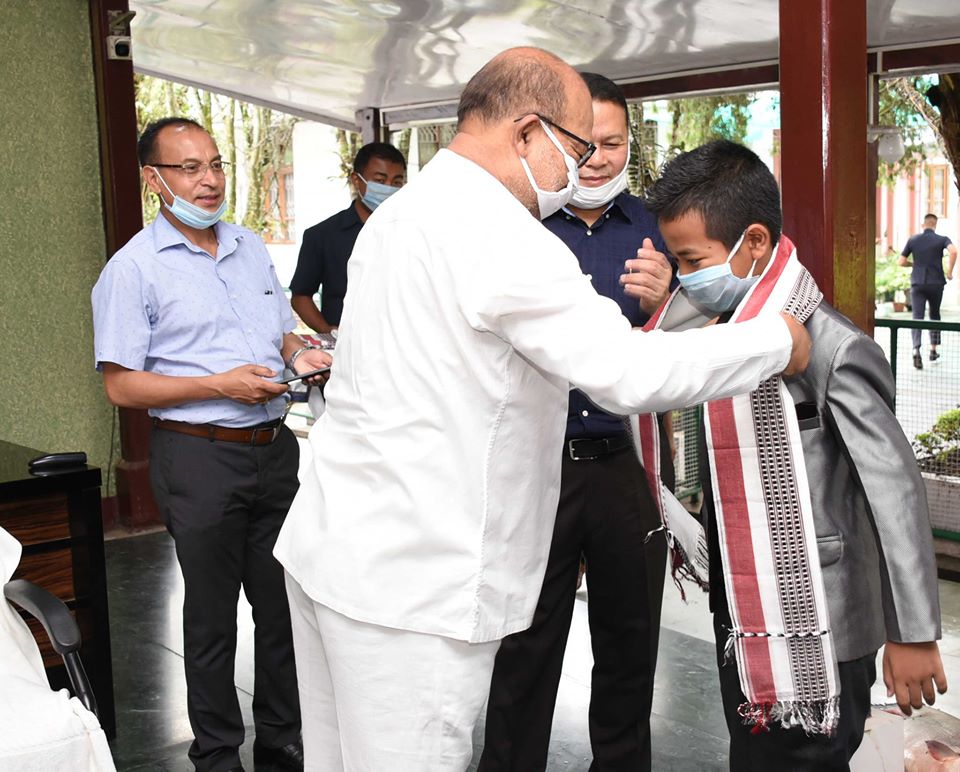 Delighted to meet and felicitate Isaac Paulallungmuan Vaiphei, who has become the youngest to crack this year’s Manipur HSLC (Class X) Examination at the age of 12 with 72% marks. Isaac who hails from Kangvai village of Churachandpur District came with his proud parents and also presented me gifts. I wish him the very best in his future endeavors. 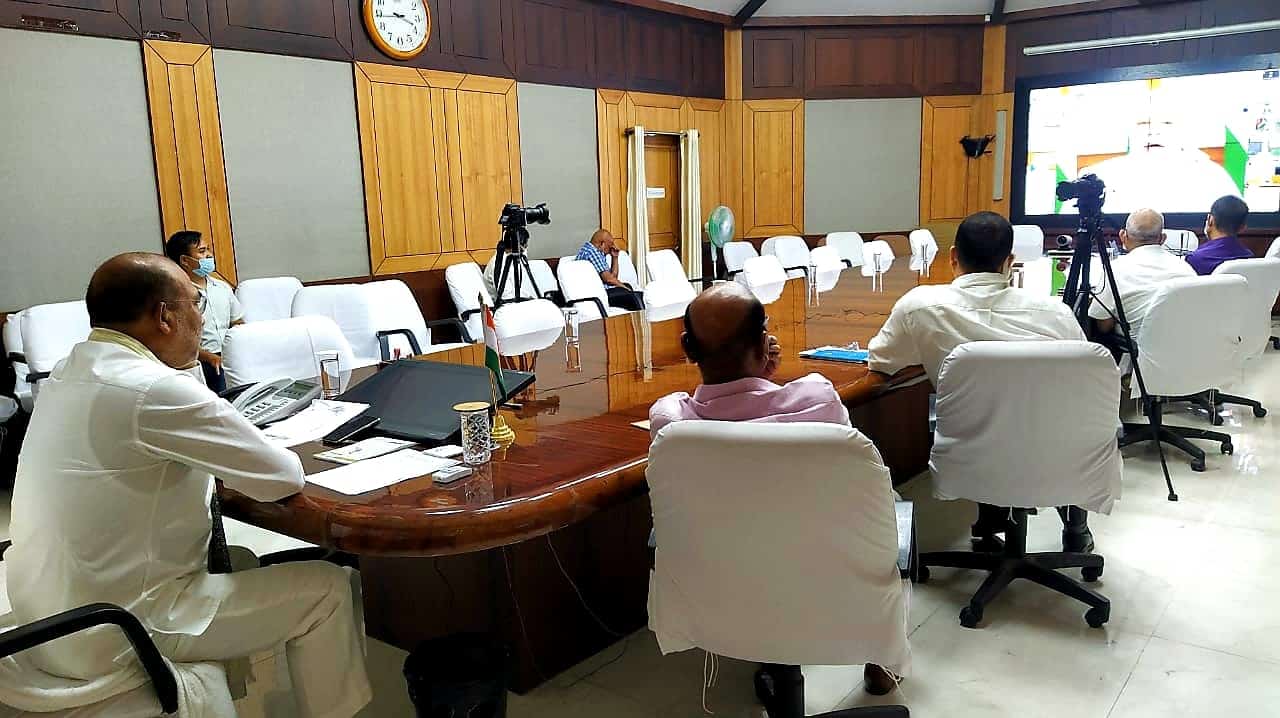 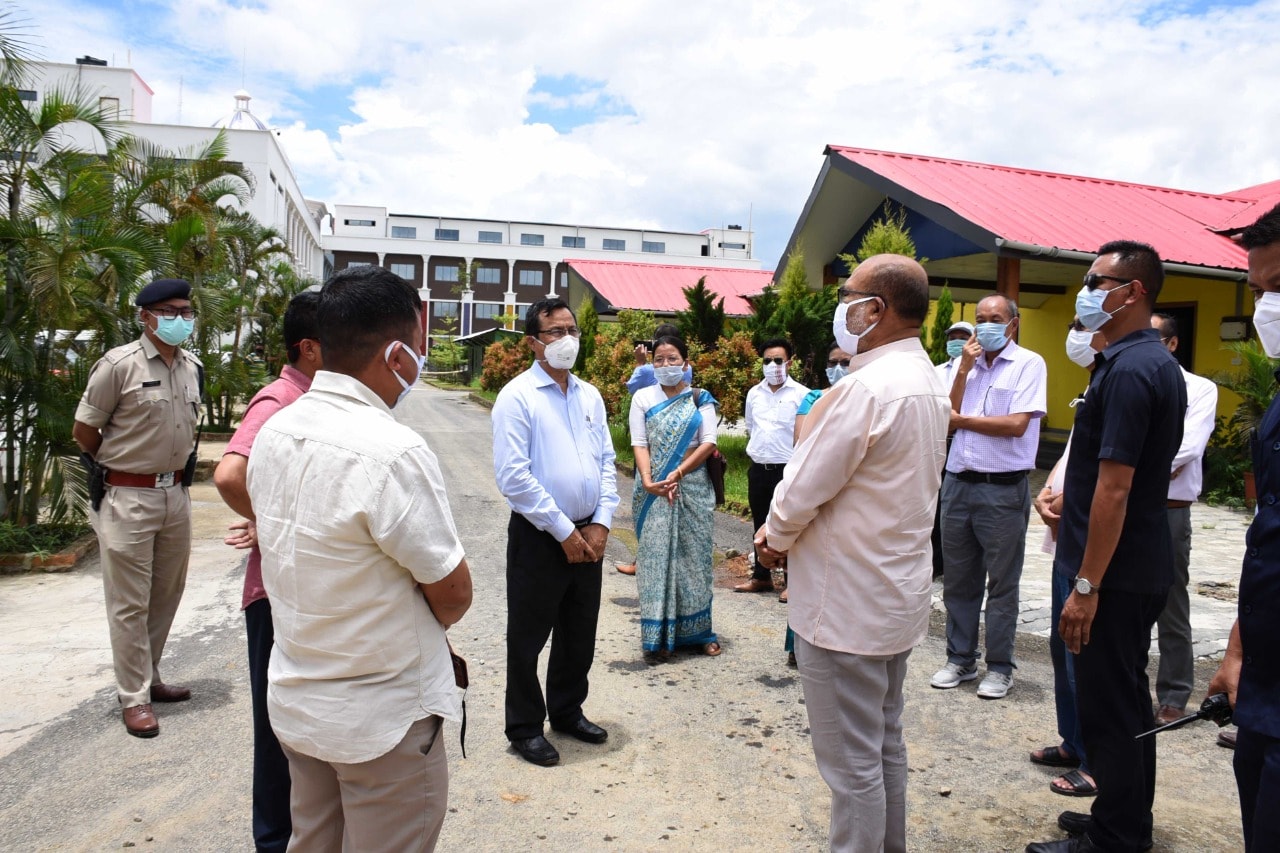 Inspected new COVID-19 Care Centre opened at UNACCO School, Meitram. It began functioning from yesterday. Around 48 patients being treated in the hospital. Lack of discipline, main reason for spike of COVID-19 cases. Let’s maintain safety guidelines. Sincere thanks to Hon’ble MLAs, CSOs, and student bodies for imparting awareness to inmates of QCs.

B.A. from Manipur University in Canchipur.

of Vigilance in the Manipur state government.

of constituency Heingang from Congress Party

of Irrigation & Flood Control and Youth Affairs & Sports in the State Government.

of constituency Heingang from Congress party.

of the Election Management Committee of BJP Manipur Pradesh.

of the BJP Legislature Party in Manipur

In our continuous effort to support the entrepreneurs & firms who are earnestly working in their own fields to develop the economy of the State, Dept of Planning distributed Subsidy Grant of Rs 1.5 lakh each to 150 Idea Stage Beneficiaries under Manipur Startup Round II, 2019. pic.twitter.com/ajRyQFn5GS

Agriculture and Horticulture sector could only bring a relief in reviving the economy in the State.
Distributed farm machinaries, organic inputs and planting materials to selected progressive farmers of Manipur at Directorate of Horticulture & Soil Conservation Office, Imphal. pic.twitter.com/Sr2T2j2lLP

In our continuous effort to support the entrepreneurs & firms who are earnestly working in their own fields to develop the economy of the State, Dept of Planning distributed Subsidy Grant of Rs 1.5 lakh each to 150 Idea Stage Beneficiaries under Manipur Startup Round II, 2019. pic.twitter.com/ajRyQFn5GS

Thanks to the @TheOfficialSBI, Regional Office Imphal, for donating 350 PPE and 3 Ventilators at my office today. Your contribution will help immensely in our collective fight against the COVID-19 pandemic in the State. pic.twitter.com/N7ZQuGNynZ

"Your contribution will help immensely in our collective fight against the #COVID_19 pandemic in the State", said the CM pic.twitter.com/QOnP691PSE

VDVK under the Ministry of Tribal Affairs and TRIFED, the Government of Manipur will dispatch consignments of Jackfruit chips produced from Senapati district of Manipur to Bangalore and Mumbai. The product will be sent to different parts of the country soon. @PMOIndia @BJP4India pic.twitter.com/QtG9TFy2Vb