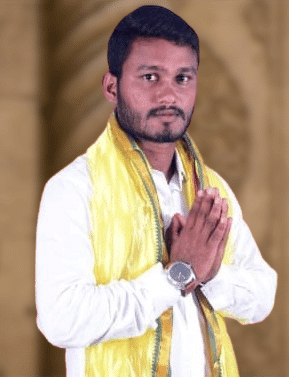 Siva was born into a rural middle-class family on the 26th of October 1994 for the couple Mr. Mycherla Gavara Raju and Mrs. Mycherla Kanakamma at Mycherlapalem Village of Chodavaram Mandal in Visakhapatnam District in the State of Andhra Pradesh in India.

Siva acquired his Secondary Board of Education in 2009 from Zilla Parishad High School located at Laxmipuram and completed his Intermediate Course in 2011 from Government Junior College placed at Chodavaram.

In the year 2015, Siva attained his graduation of B.Tech from Simhadri Educational Society Group of Institution (SESGI ) situated at Sabbavaram in Visakhapatnam and completed his B.Ed course in 2020 from Chaitanya Institute of Education in Chodavaram.

Siva has been determined to serve the people since childhood. The determination he took made him join active politics in the year 2008 through the Telugu Desam Party (TDP) which was founded by N.T. Rama Rao and headed by N. Chandrababu Naidu the former Chief Minister of Telangana.

Because of the efforts being made for the development of the party, he was appointed as the Mandal Telugu Yuvata President of Chodavaram from TDP in 2021 and discharged his duties by being very cautious during performing the activities of the Party.

For his comprehensive commitment towards the service to the people, he upgraded his designation by receiving the honourable position of District Secretary of Nara Lokesh Yuvajana Foundation from TDP in 2021 and taking responsibility by being completely involved in the development of the Party and the welfare of the people and been following the rules assigned to him, fulfilling his responsibilities with a code of conduct.

In addition to his primary responsibilities, he was designated as the State Secretary of Nara Lokesh Yuvajana Foundation in 2022 to ensure that the initial and subsequent tasks run smoothly and assist the needy people. 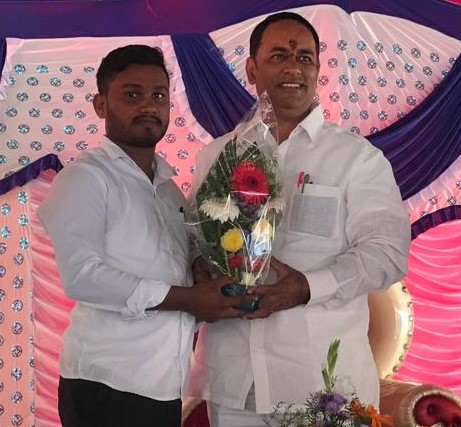 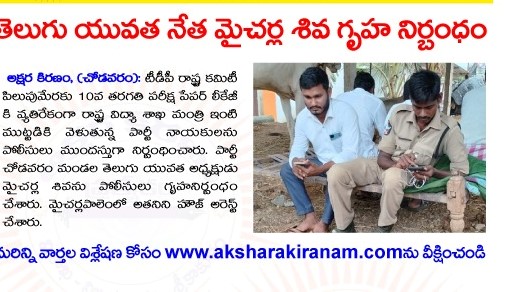 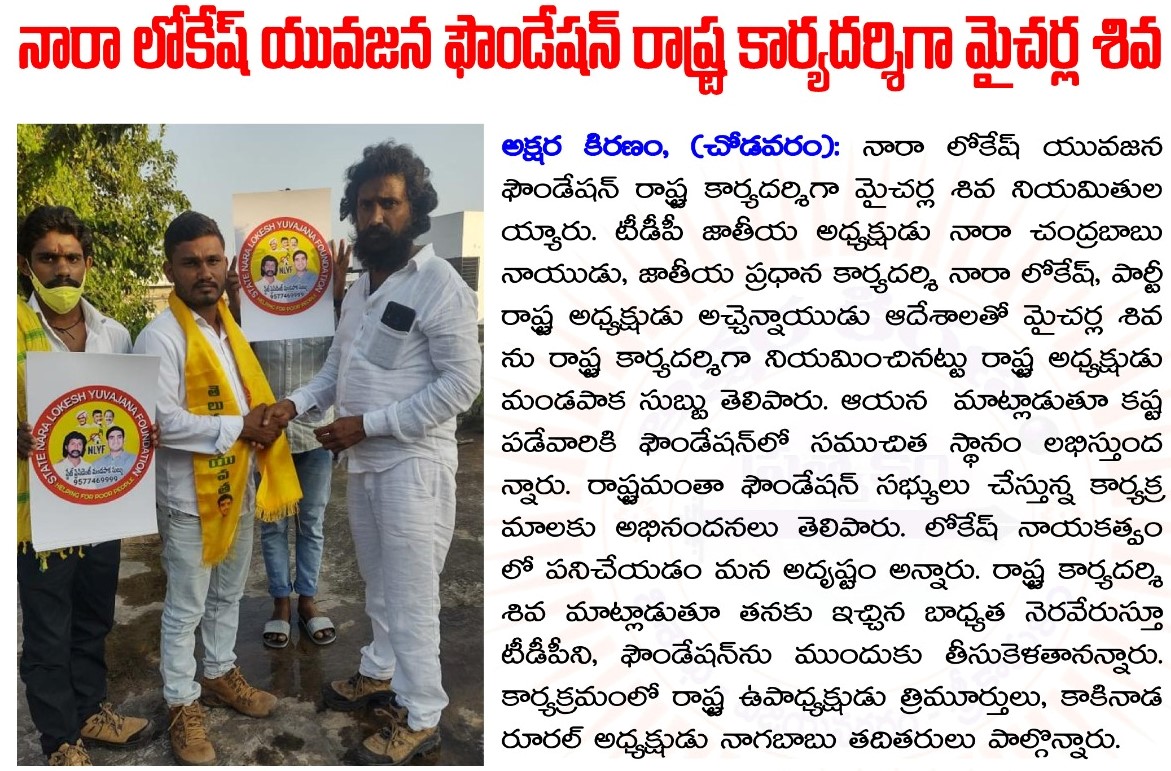 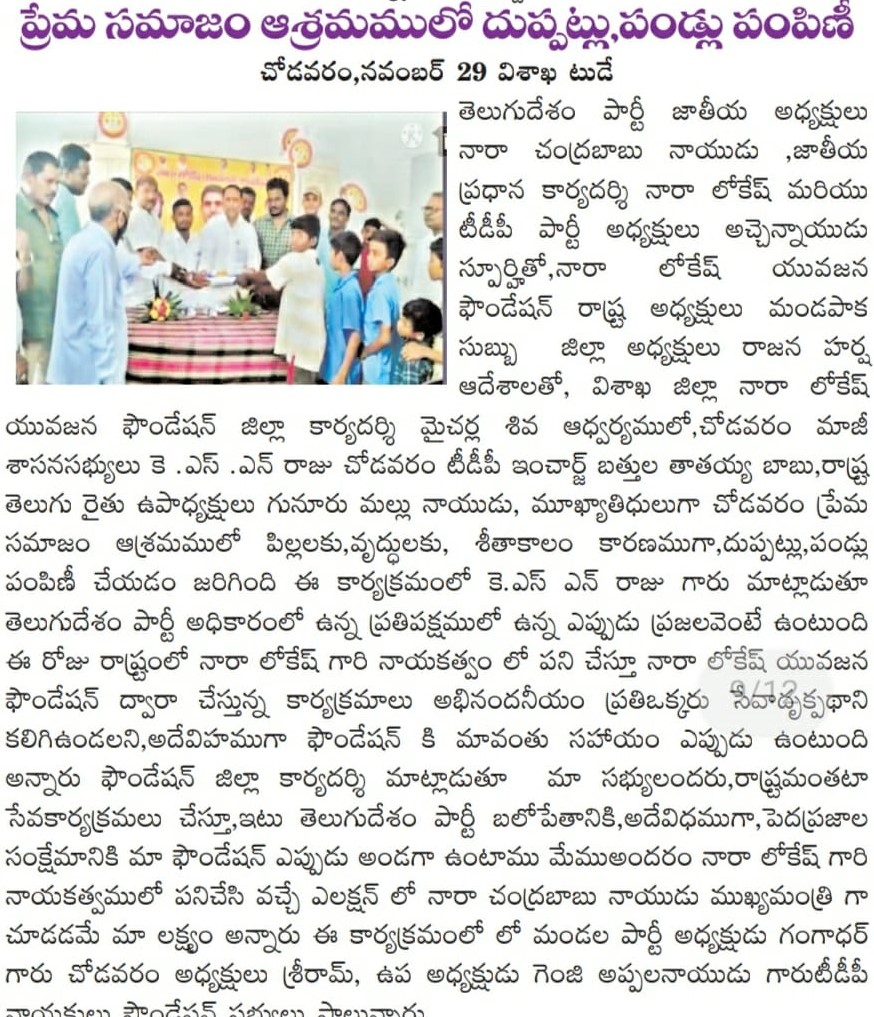 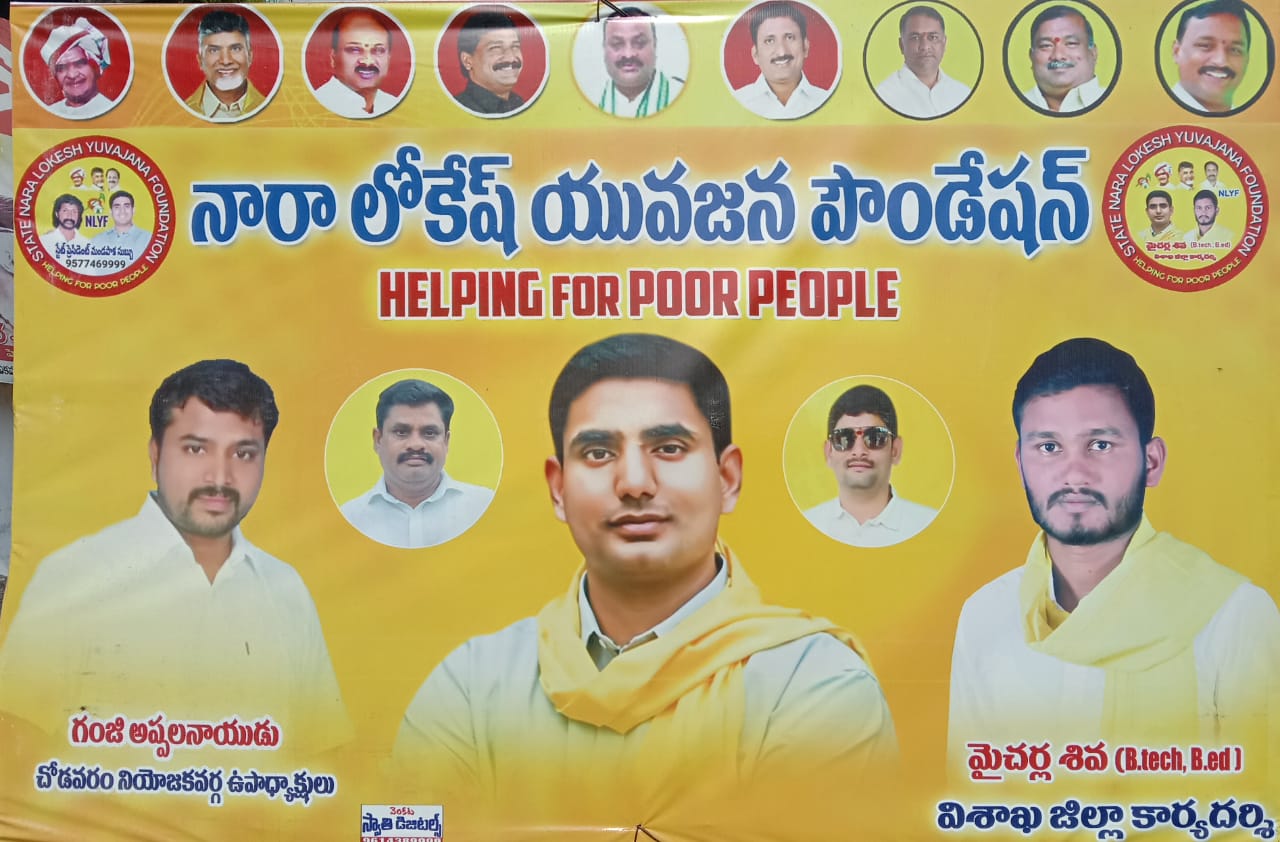 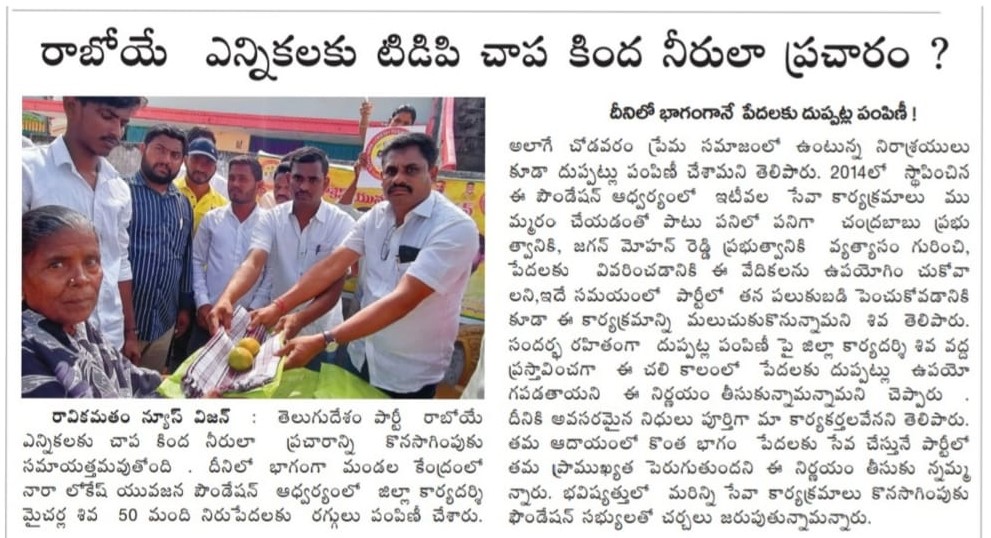 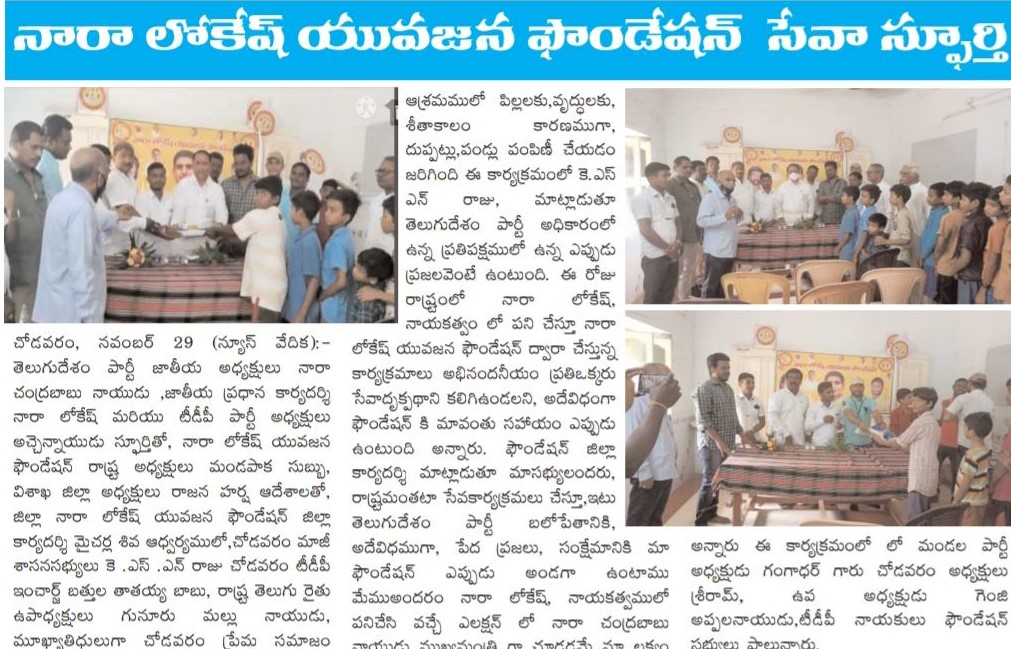 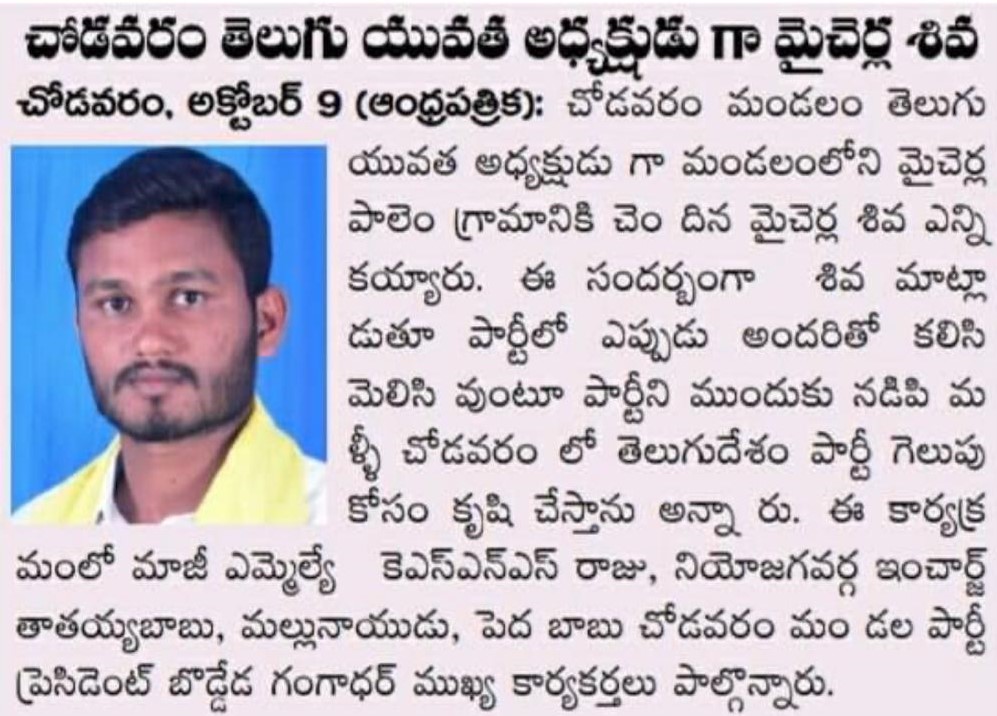 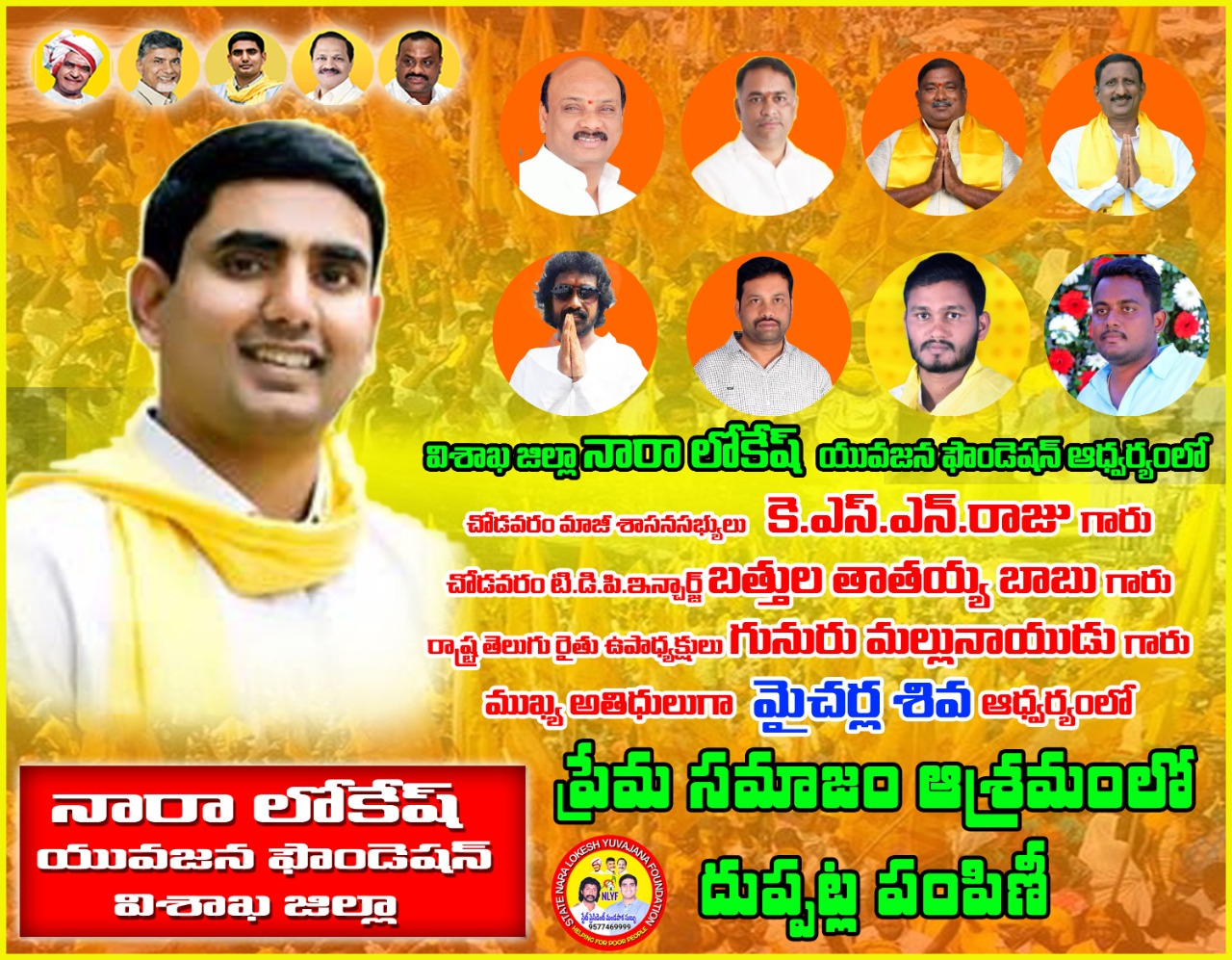 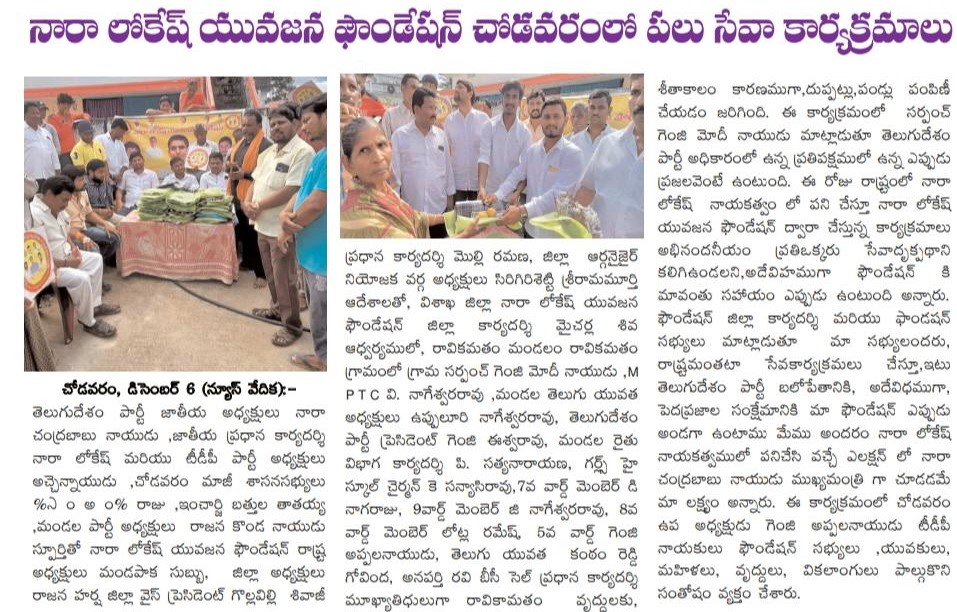 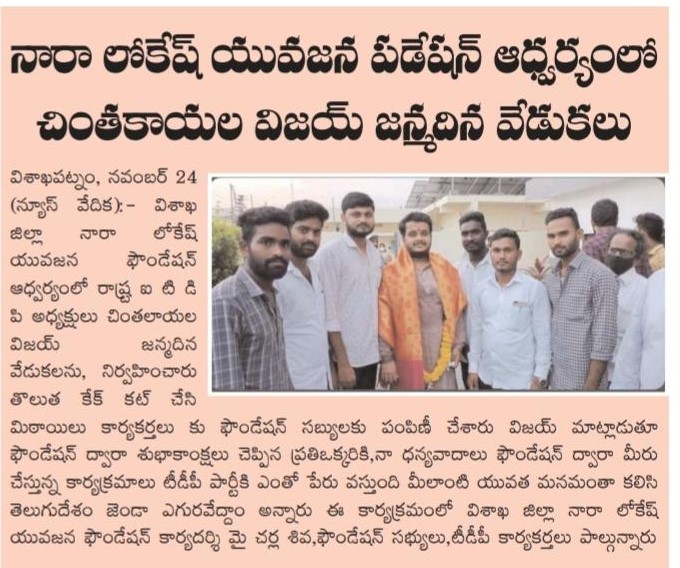 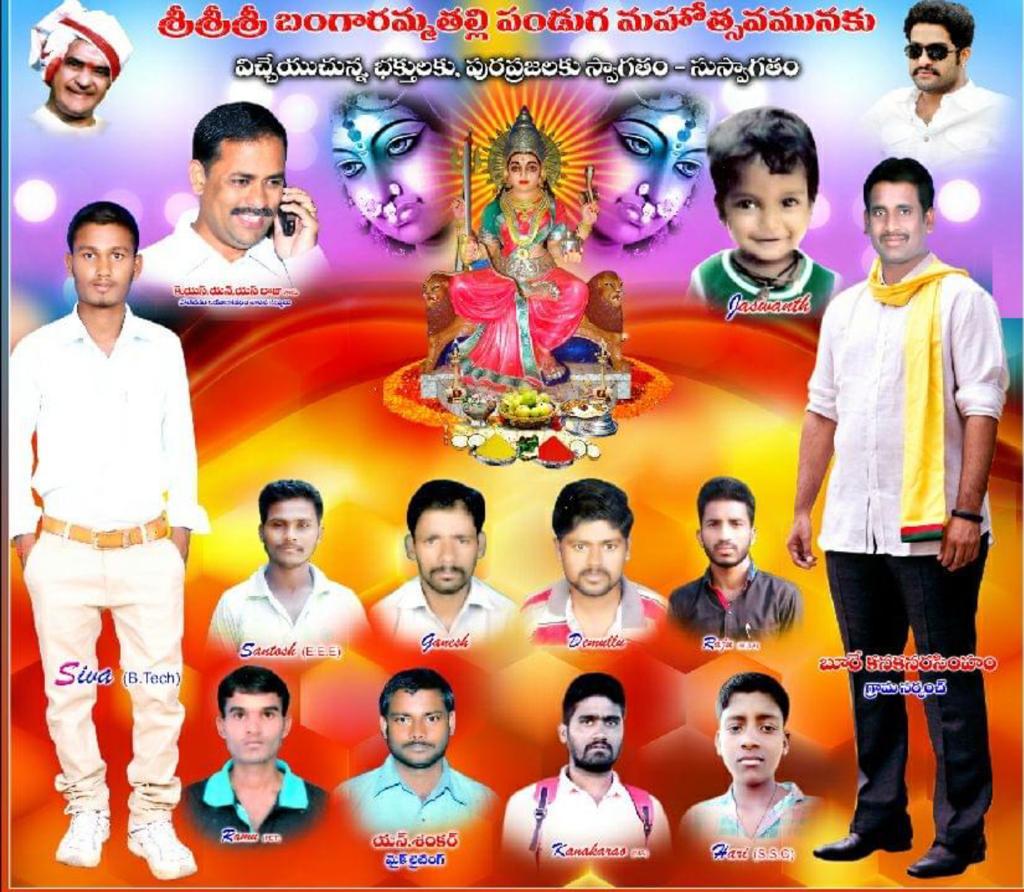 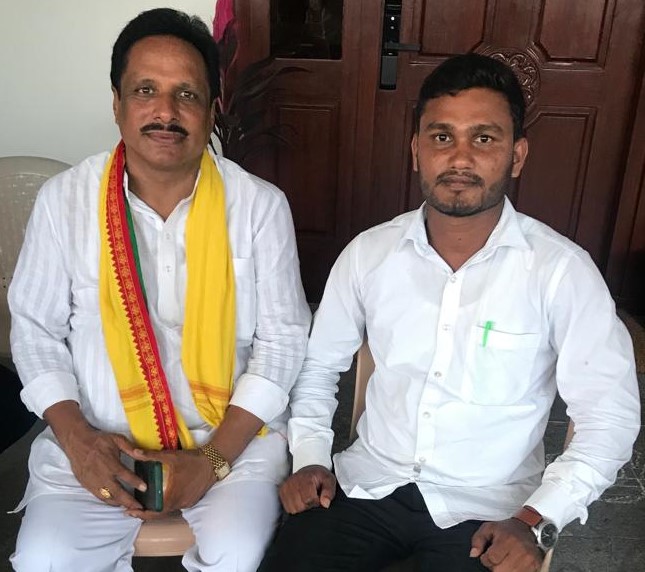 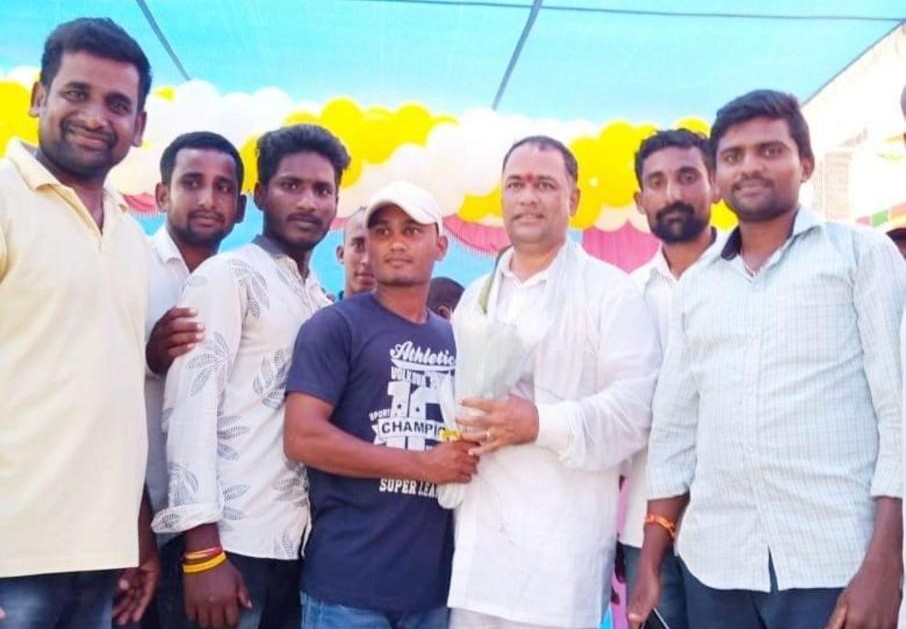 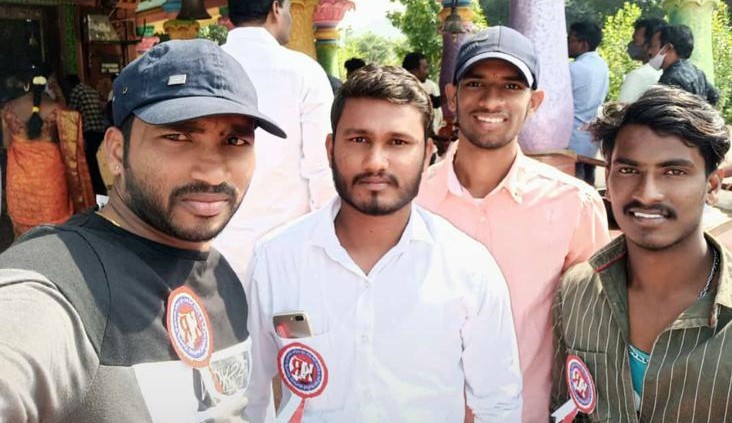 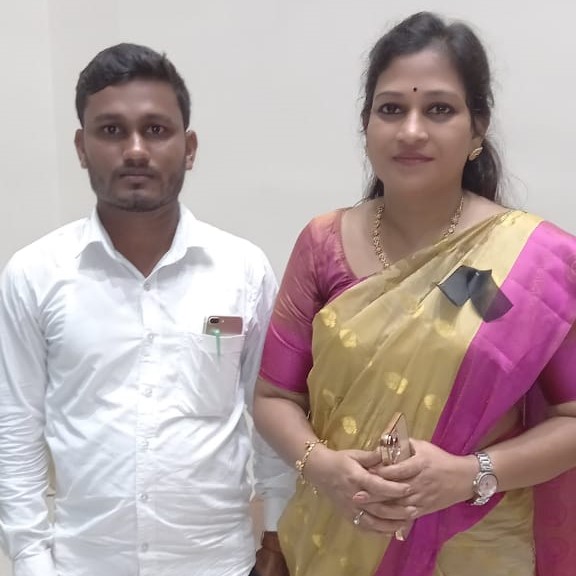 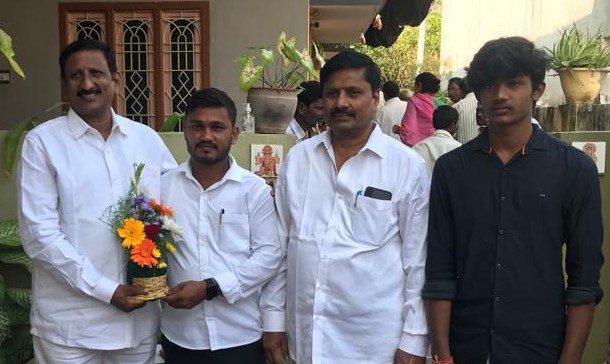 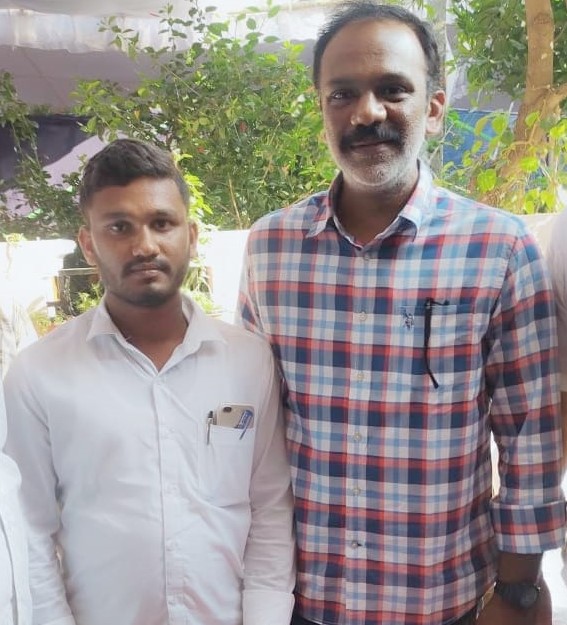 from Chaitanya Institute of Education, Chodavaram