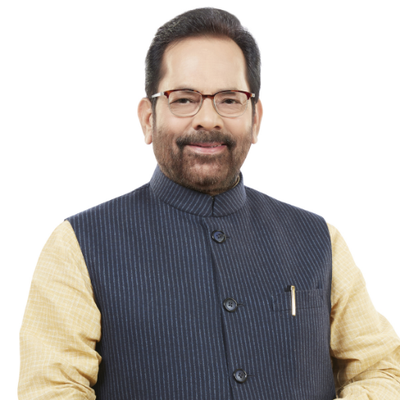 Mukhtar Abbas Naqvi is an Indian politician and the current Union Minister of Minority Affairs. He was born on 15th October 1957 to AH Naqvi and Sakina Begum at Allahabad in Uttar Pradesh, India.

A student leader at the time of emergency, Mukhtar Abbas Naqvi, first contested the parliamentary elections in 1980 as an independent candidate, albeit with no avail. He won his first election in 1998 from Rampur constituency in Uttar Pradesh and was subsequently inducted to the Cabinet as Ministry of Information and Broadcasting with an additional charge of the Ministry of Parliamentary Affairs. He was elected as a member of Rajya Sabha in 2002. He’s serving his third term in Rajya Sabha and is the current Union Minister of Minority Affairs. In 2019, he retained his position in the newly minted cabinet as Minster of Minority affairs.

He studied arts and mass communication. He has completed his Graduation Bachelor of Media Management from Asian Business School, Noida UP in 2007. He has attained a Bachelor of Arts from Global Open University Dimapur in 2011.

Naqvi married Seema Naqvi on 8 June 1983 and they have a son together.

Naqvi started his political career as the Student Leader. Naqvi was jailed at the age of 17 in 1975 during the period of Emergency at the Naini Central Jail in Maharashtra due to his political activities. As a student leader, he had also participated in the activities of the Janata Party.

Naqvi joined the Bharatiya Janata Party. Naqvi unsuccessfully contested elections for the legislative assembly of Uttar Pradesh in 1980 as a candidate for Janata Party.

He also contested elections as an independent candidate in the 1980 Lok Sabha elections from the Ayodhya constituency.

He was elected to the 1998 Lok Sabha from MP, Lok Sabha, and subsequently given the post of Minister of State for Ministry of Information and Broadcasting with an additional charge of the Ministry of Parliamentary Affairs in the Atal Bihari Vajpayee government.

In 1998, He was the Member of Twelfth Lok Sabha from Rampur constituency in Uttar Pradesh where he defeated Begum Noor Bano of INC with a margin of 5000 votes. In 2001, Naqvi was elected to MP, Rajya Sabha from Jharkhand.

In 2004, Mukhtar Abbas was a Member of the Consultative Committee for the Ministry of Communications and Information Technology. Mukhtar was elected Chairman of the Air Charter Operations Committee (Haj) from the Government of India and was the Member of the Court of Aligarh Muslim University.

He became Minister of State for Minority Affairs and Parliamentary Affairs on 26 May 2014 in Narendra Modi Ministry. He was elected to Rajya Sabha in 2016. After the resignation of Najma Heptulla on 12 July 2016, he got independent charge of the Ministry of Minority Affairs.

According to Naqvi, a “baseless” campaign had been started by the Congress party to prevent Indian Muslims from joining the Bharatiya Janata Party. Naqvi has also said that he does not harbor the allegations of Congress that as BJP came to power, there was nobody to cause riots against the minority community.

Naqvi feels that Muslims don’t desert other Muslims if they are given important posts in the Bharatiya Janata Party. For the party to increase support amongst the Muslims; he opines that they should feel that they are “equal citizens of this country”, and also “understand that the bill on Muslim Personal Law will not take away their right to practice their religion”. In addition, the party should also make them aware of the works done by the Vajpayee government.

Naqvi has also said that there is “no justification” for the 2002 Gujarat riots. In November 2015, when actor Aamir Khan said that he felt of leaving the country, Naqvi defended by saying that he had made the comment “in a hurry or maybe under influence from others”.

Naqvi has said that Bharatiya Janata Party and the Rashtriya Swayamsevak Sangh are two “separate entities” and each of them has different views on different issues. According to him, RSS is a nationalist organization and not an “anti-national organization”. 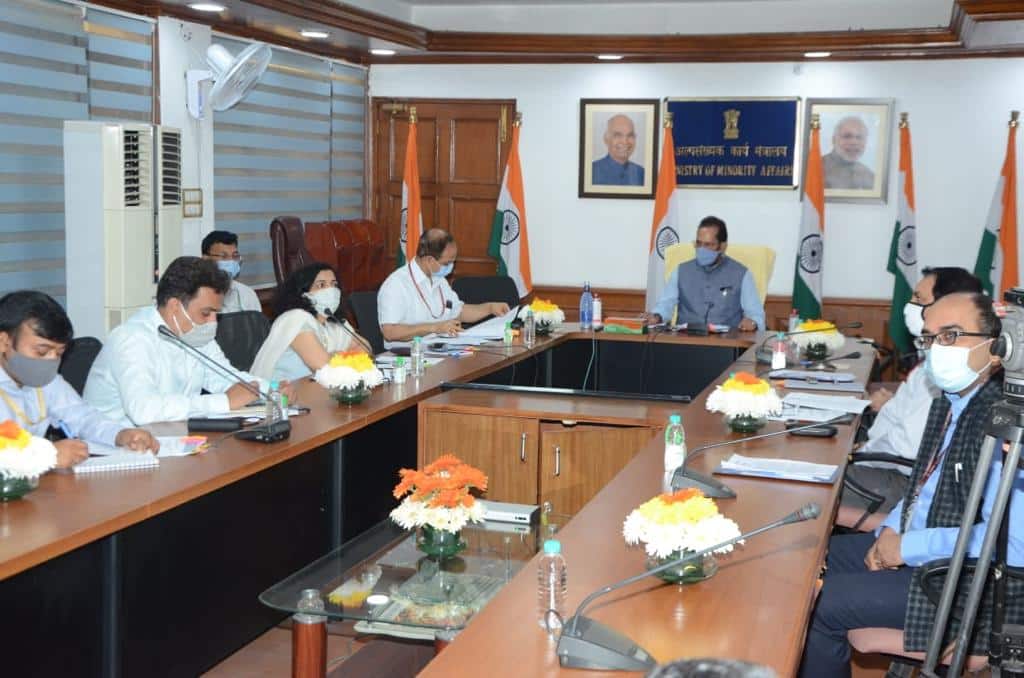 Nai Delhi presided over the seat of preparation for Hajj 2021 Ministry of Minority Affairs, Foreign Ministry of Citizens Aviation, High Officers of Health Ministry, Ambassador of India in Saudi Arabia, Consul General of India in Jeddah Joined the meeting
Chief Executive Officer of the Hajj Committee of India, High Officers of Air India, etc. also participated in the meeting.
Hajj 2021, the importance of national and international protocol guidelines will depend on the importance of the epidemic conditions. 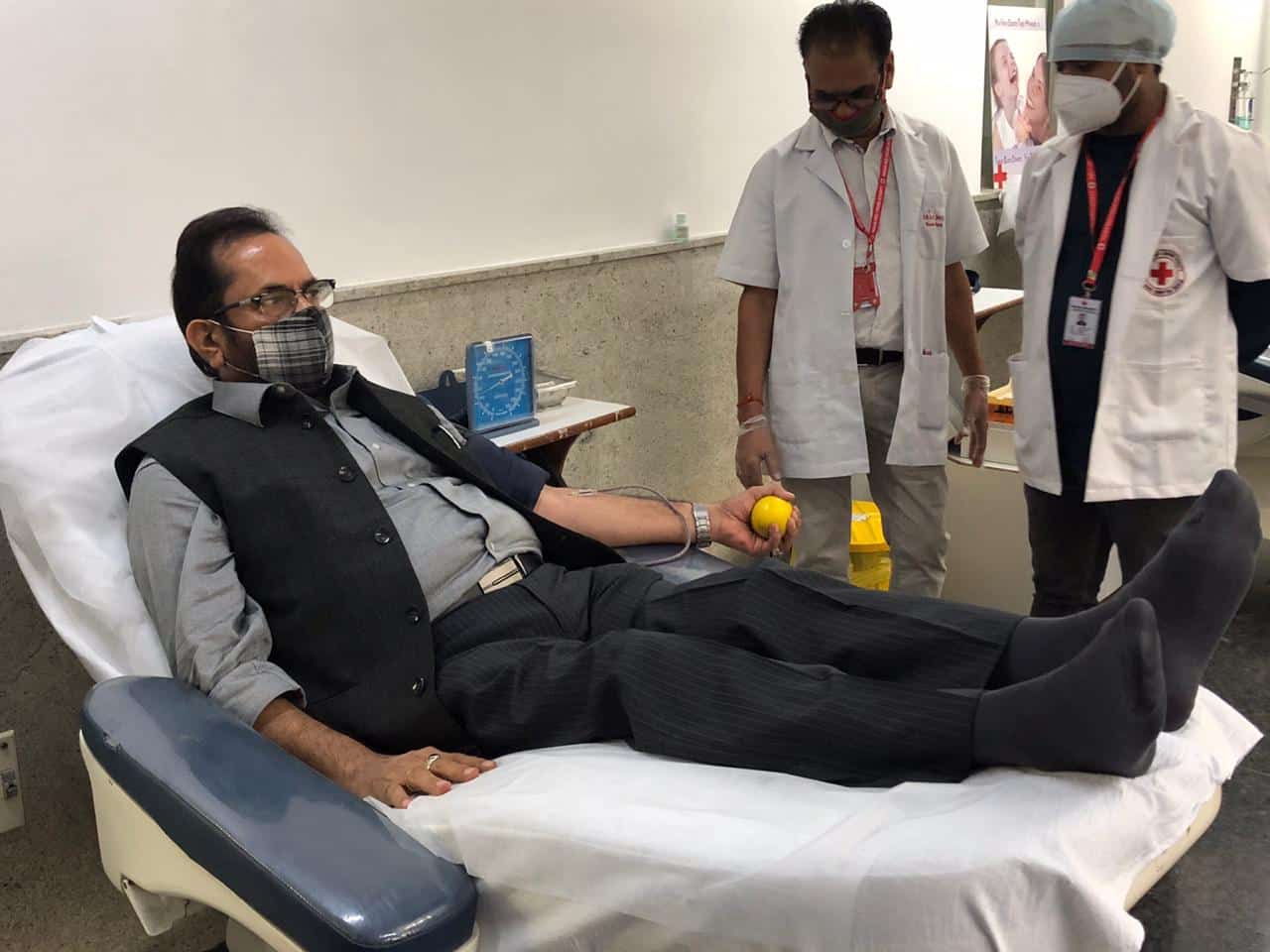 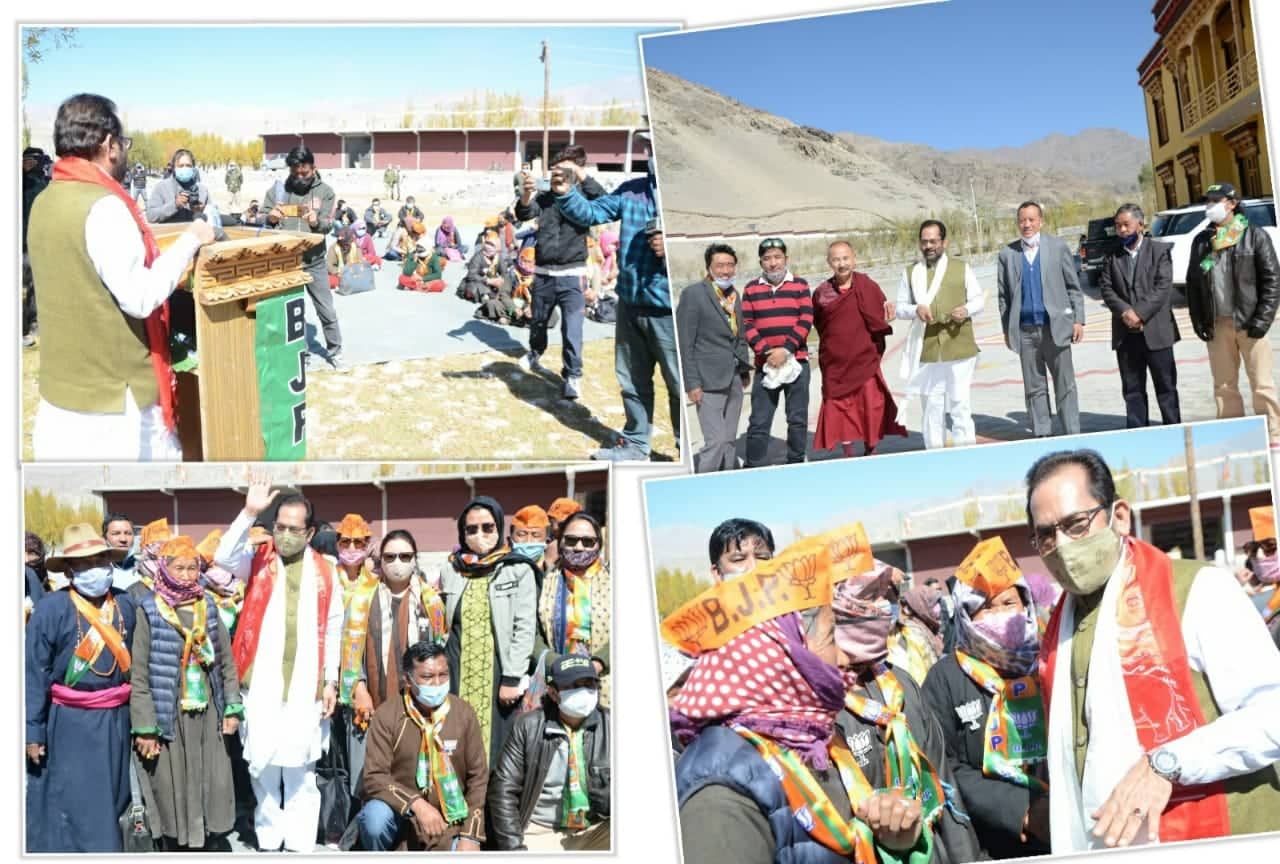 After the end of 370 and Leh-Ladakh becoming UT, BJP’s grand victory in Leh Autonomous Hill Development Council election, Leh-Ladakh on the resolution of PM Shri Narendra Modi ji’s ′′ Sabka Saath, Sabka Vikas, Sabka Vikas ′′ This is the strong stamp of the public. Thanks to the people of Leh-Ladakh for this wonderful decision. 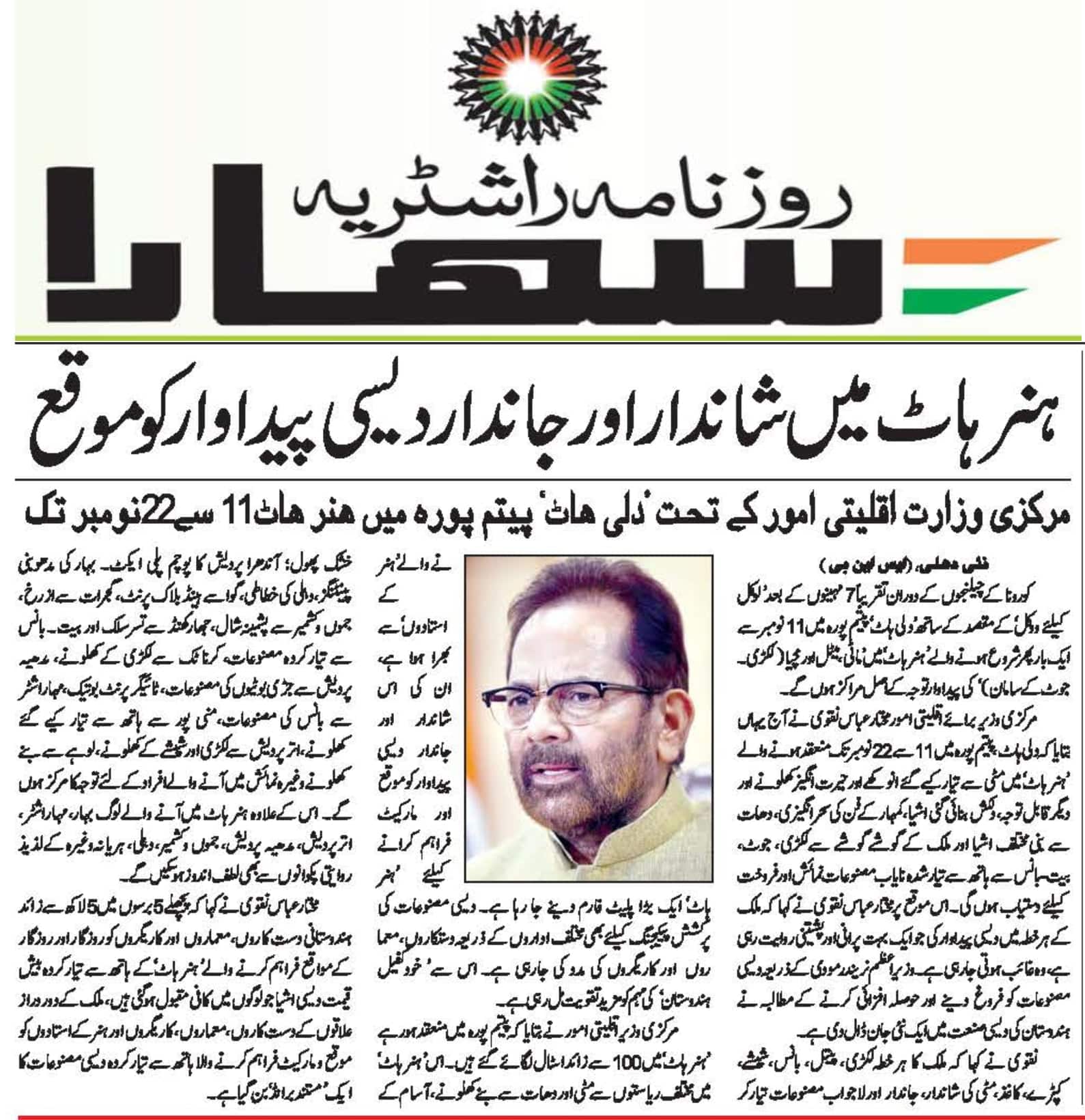 Urdu newspapers cuttings regarding HunarHaat being organized at Delhi Haat, Pitampura from 11 to 22 Nov 2020 with the theme. 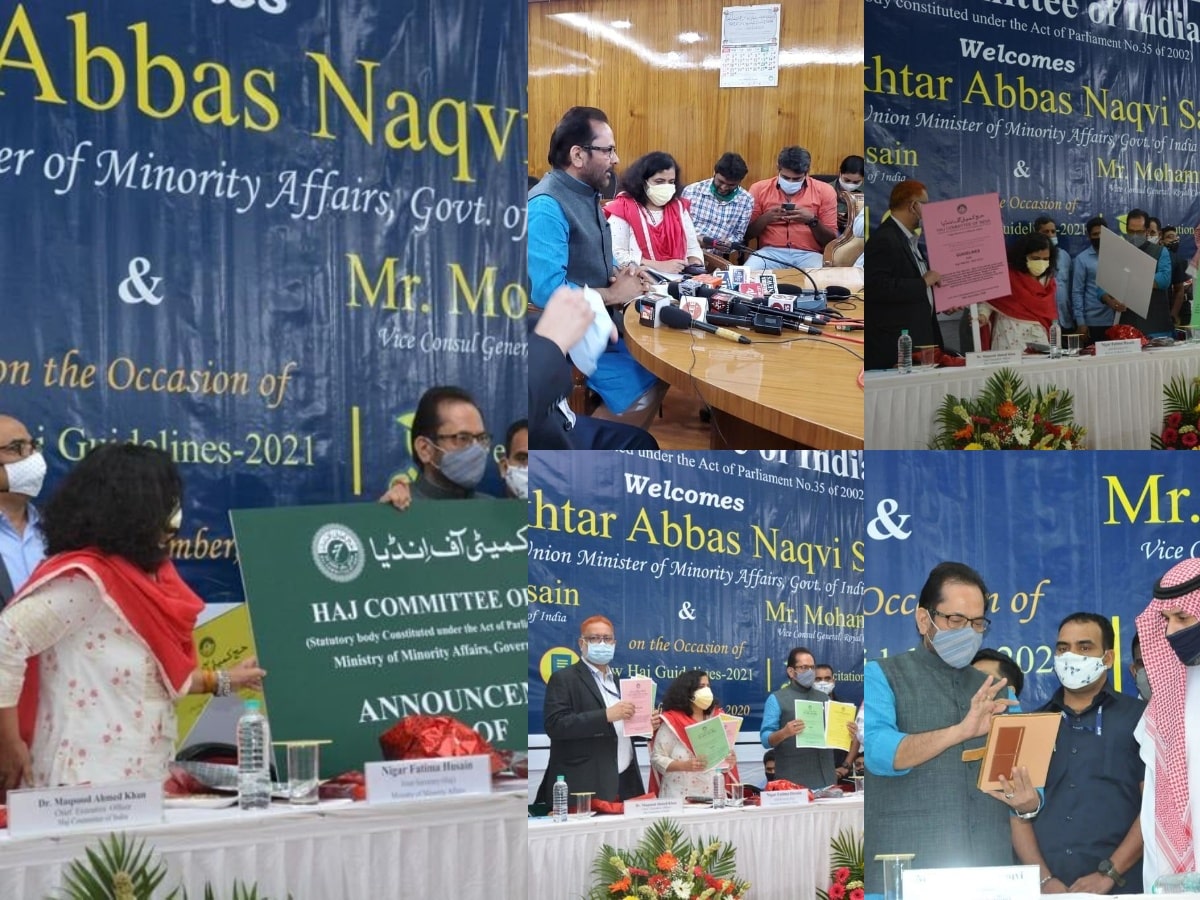 After consultation by Minority Affairs, Minority Affairs, Ministry of Health, Ministry of Health, Ministry of Foreign Affairs, Ministry of Civil Aviation, Hajj Committee of India, Indian Embassy in Saudi Arabia, Indian Consul General in Jeddah The process of Hajj 2021 has begun
During the Corona epidemic, the Hajj arrangements have been largely changed while keeping the guidelines and guidelines. These include residence in India and Saudi Arabia, the duration of pilgrims in Saudi Arabia, transportation, health, and other arrangements.
Hajj 2020-Applications made by women who go for Hajj without ′′ Muharram ′′ (male relatives) will also be accepted for Hajj 2021, women of Muharram without a new application for Hajj Arrangements have been made to go without drawing for Hajj 2021
announced Haj 2021 with significant changes keeping in view the Corona pandemic. The online application process for Haj 202 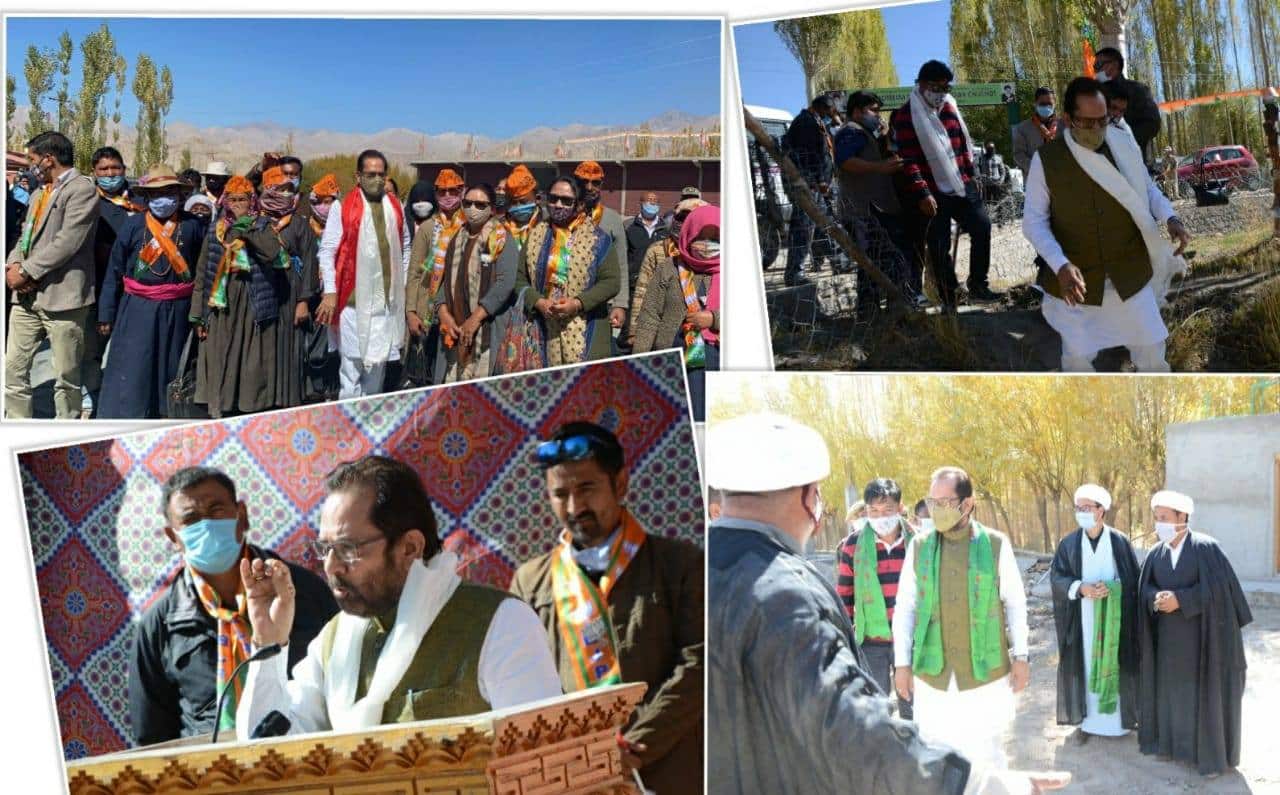 from Allahabad District of Yuva Janata(Janata Party of Youth Unit).

Member of the State Executive

Centre for Cultural Resources and Training (CCRT), Ministry of Culture, Government of India.

I am delighted to inform that after a long gap due to Corona pandemic, next #HunarHaat is being organised at Delhi Haat, Pitampura, Delhi from 11 to 22 Nov with the theme of #VocalForLocal & #AatmaNirbharBharat pic.twitter.com/BiqhtdXgCp