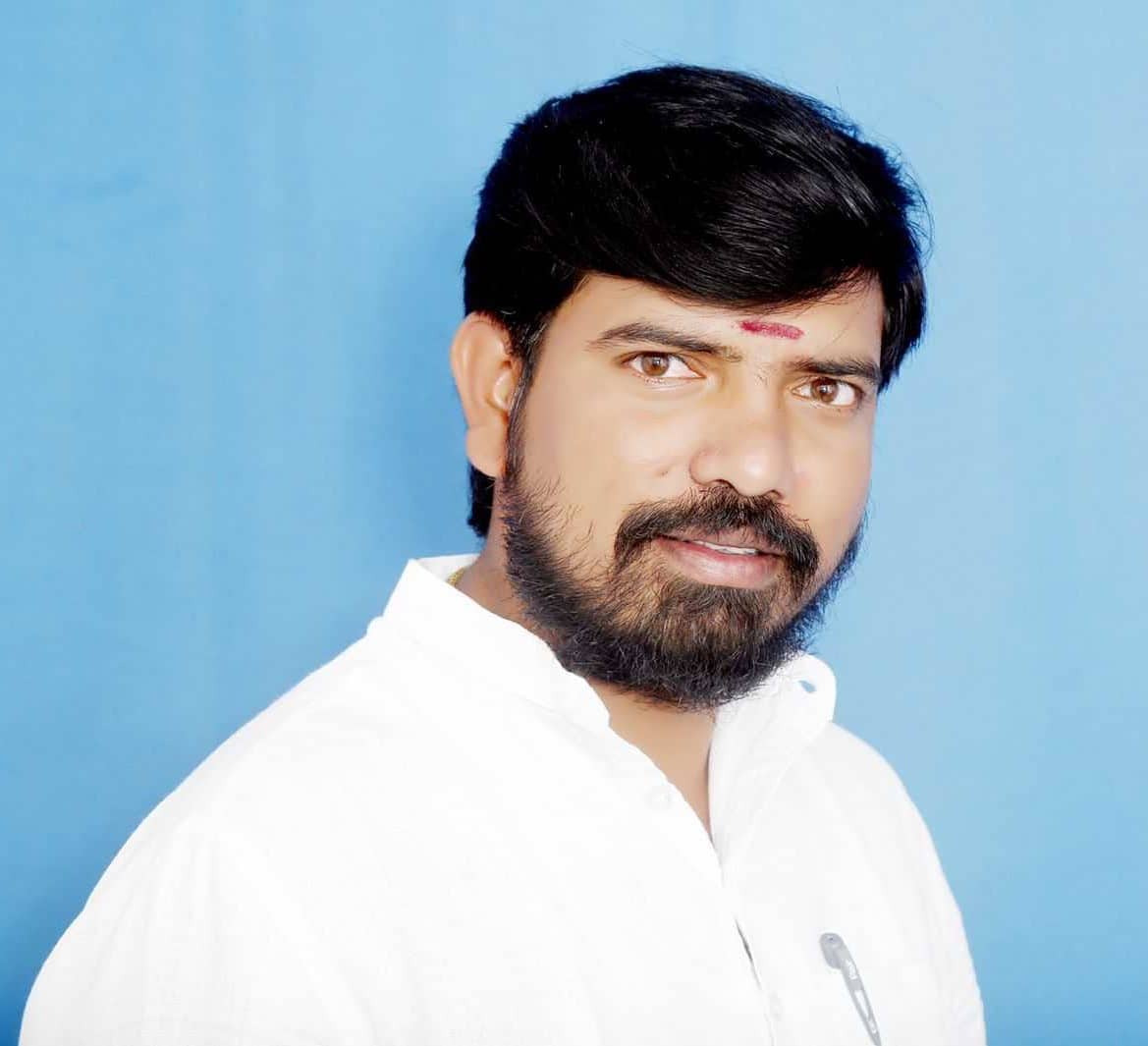 Mudavath Megya Nayak is an Indian Politician and current TRS Mandal Youth President from Chowdapur Mandal in the Indian State of Telangana.

On the 01st of March 1993, Megya Nayak was born to the couple Mr. Mudavath Shankar Nayak and Mrs. Mudavath Babi Nayak and resided in the Malkapur Thanda in Vikarabad District in the Indian State of Telangana.

In the year 2009, Megya Nayak acquired his Secondary Board of Education from ZP High School located at Vikarabad in Telangana and completed his Intermediate course from Government Junior College at Yenmanagandla, Telangana in 2011.

Later, he holds graduation with a degree from MVS Degree College situated at Mahabubnagar in Telangana and finished it in the year 2014.

Before the conclusion of his studies in 2009, Megya Nayak joined the Akhil Bharatiya Vidyarthi Parishad (ABVP) which is registered in the form of a student organization and worked constantly as an ABVP Member by solving the issues of Students.

For his determination, he was promoted as the President for Government Junior College in 2010 to discharge his duties only for the good of the people without compromising on the trust placed in him.

Megya Nayak has been representing the Mahabubnagar Zonal Incharge from ABVP in 2011 and contributing to the development of society since the day he joined the party, by executing his tasks effectively and adhering to the party’s policies and guidelines.

He ramped up his service and effort by accepting the reputable position of Mahabubnagar City Secretary from ABVP in 2012 to provide care about the people and the difficulties they face, and he worked in that capacity.

In addition to his fundamental ethics, he was selected as ABVP State Executive Member from Telangana in 2013 to oversee the seamless execution of the first and following processes.

Megya Nayak has had a sense of service since childhood and intends to be able to do all services to the people politically. He was enchanted by the services rendered to the people by the Kalvakuntla Chandrashekar Rao, the founder of the Telangana Rashtra Samithi (TRS) and in the year 2013 Megya Nayak joined the TRS party in 2009 and served as a Leader of the Party.

Megya Nayak was a devoted TRS worker from the beginning, preaching the TRS’s values. He was profoundly moved by the party’s policies and ideals, as well as the vision of our great leader Kalvakuntla Chandra Sekhar Rao (KCR), and was enormously inspired by the one-of-a-kind schemes implemented by the State and Central governments under the dynamic leadership of Mr. Kalvakuntla Taraka Rama Rao (KTR).

In 2016, he increased his work ethic by serving as Mandal Youth President from TRS and was simultaneously appointed as LHPS (Lambada Hakkula Porata Samithi) Mandal President from Chowdapur Mandal by contributing to the betterment of society by doing his tasks effectively and according to its laws and regulations.

As an LHPS District President from Mahabubnagar in 2099, he demonstrated his commitment to the people by continuously working for their well-being, college development, and striving hard for their benefit of them.

Family Participation And Involvement In The Politics-

Mrs. Mudavath Babi (Mother) joined politics after being inspired by Megya’ s political activism. She has been following in his son’s ways and providing altruistic services to the public since she first engaged in politics.

For her determination, Mudavath Babi was promoted by electing as the Sarpanch of Malkapur Thanda from TRS to discharge the duties along with Mr. Mudavath Megya Nayak from 2014 only for the good of the people without compromising on the trust placed by the party.

During his role in ABVP he actively active participant in Telangana Movement from the period 2009-2014, Megya Nayak played an active role in the separation of Telangana from Andhra Pradesh and to form the Telangana as a separate State and he lent great support to the Telangana Statehood Movement by providing intellectual support.
During Telangana Movement Megya Nayak played an active role and fought for the creation of a new state, Telangana, from the pre-existing state of Andhra Pradesh in India.
He set up a Vanta Varpu during the period of Rasta Roko and in programs of Sakala Jamula Samme, and many more dharnas and rallies were held in continuous movement.
As being a part of the fight for the state of Telangana, Megya Nayak has been organized Padayatra and fought for Telangana State along with ABVP members. 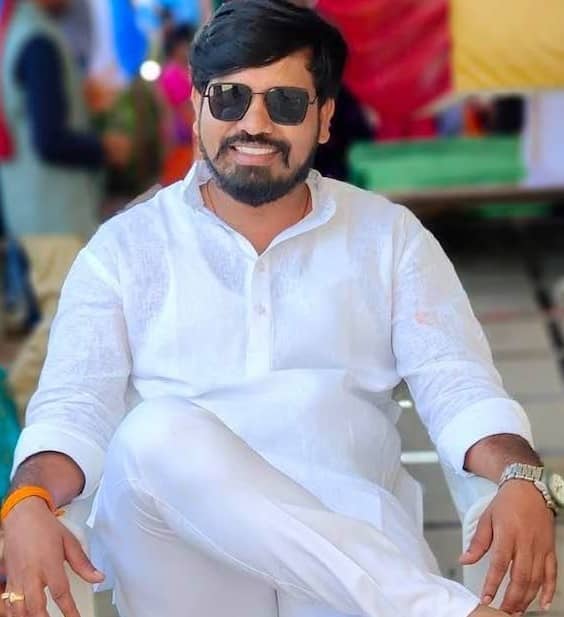 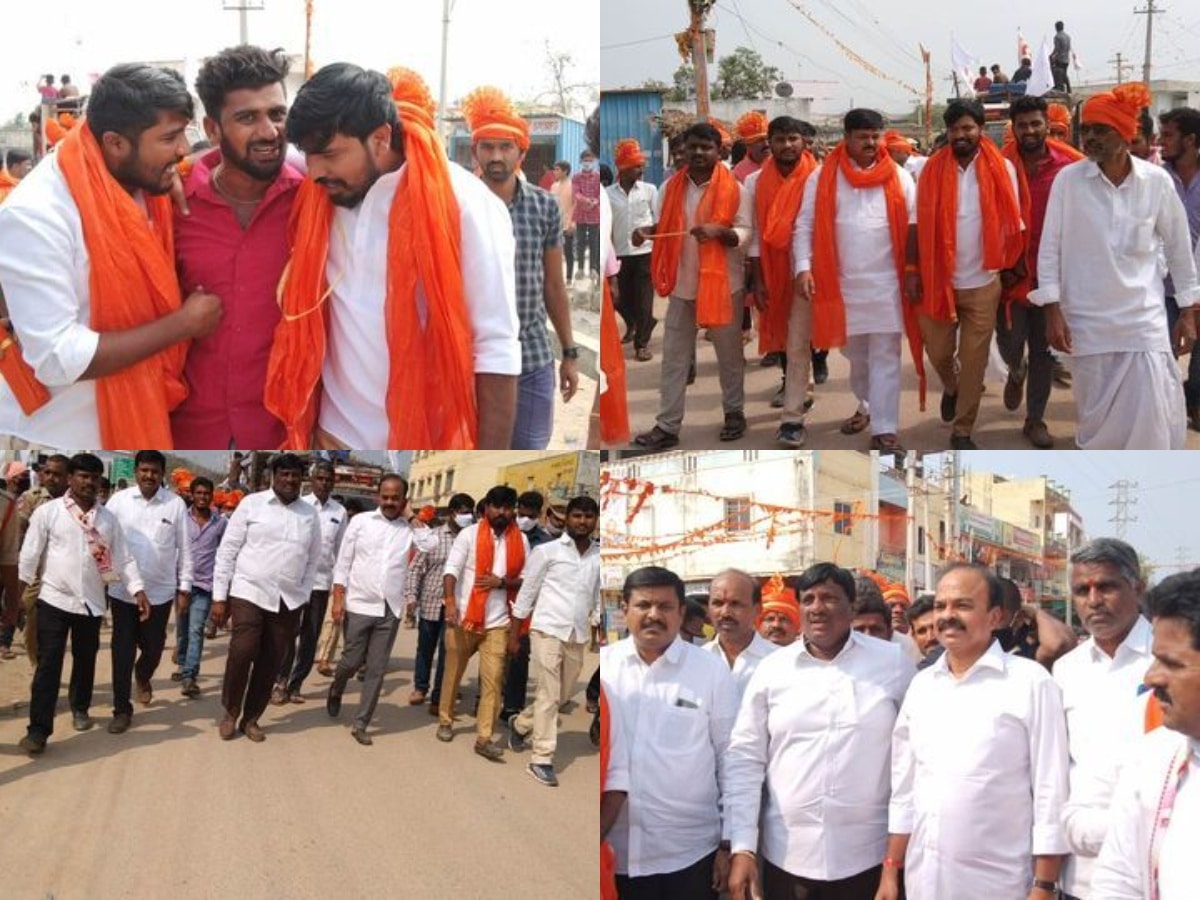 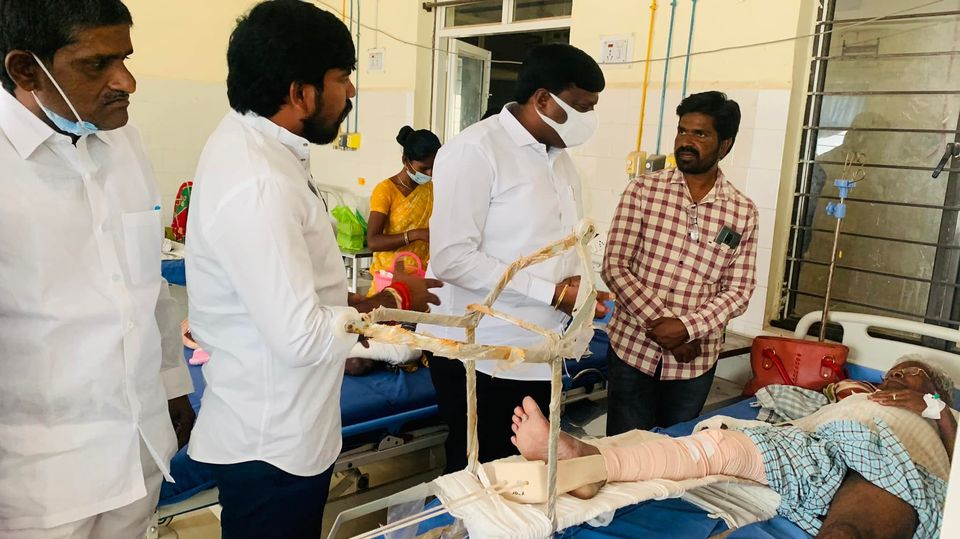 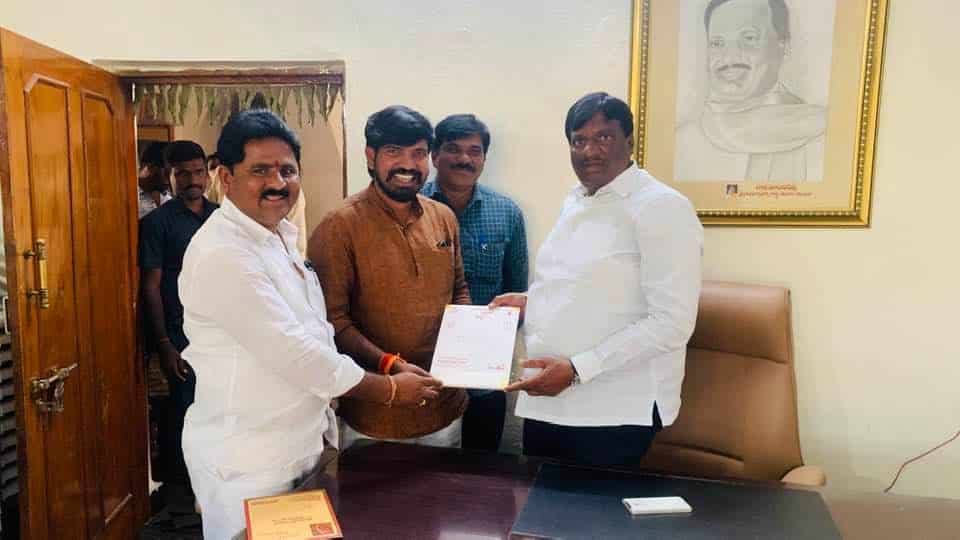 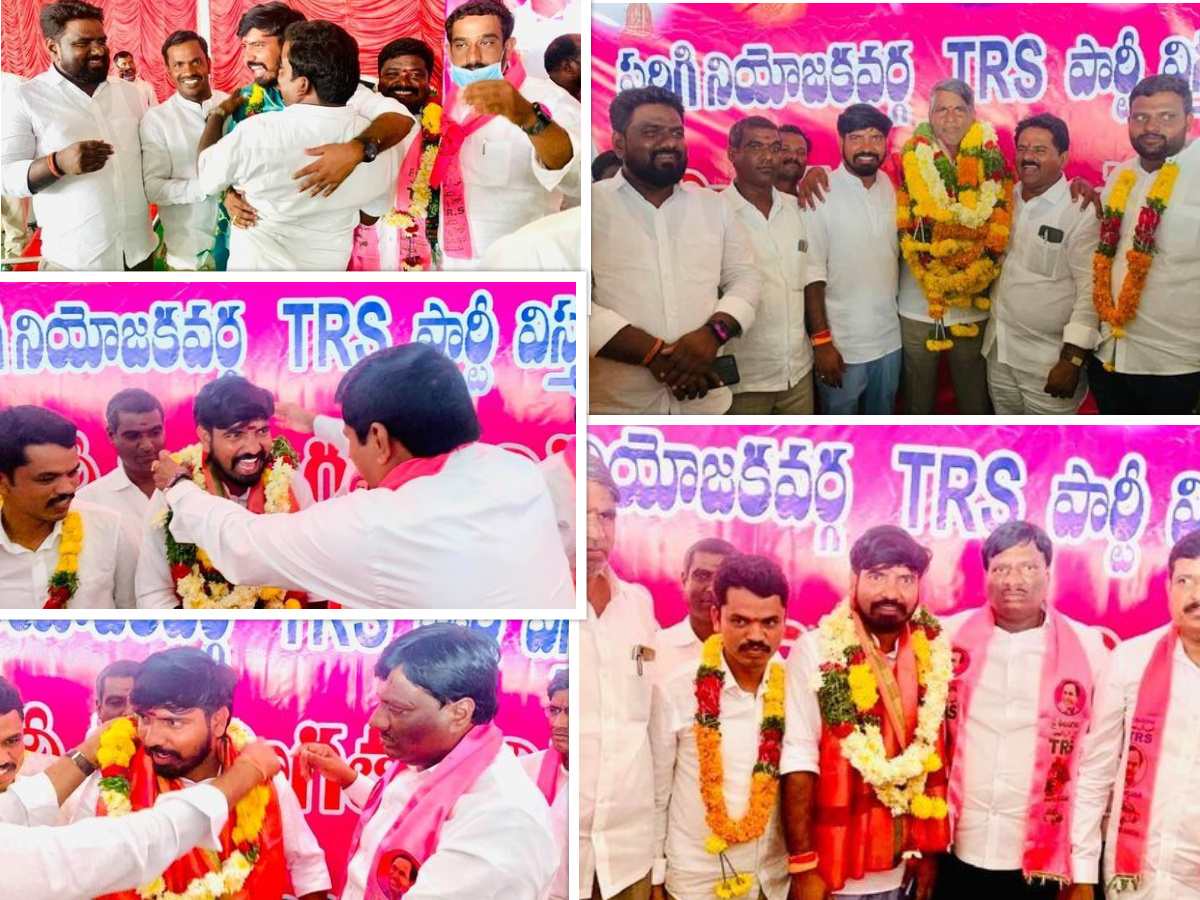 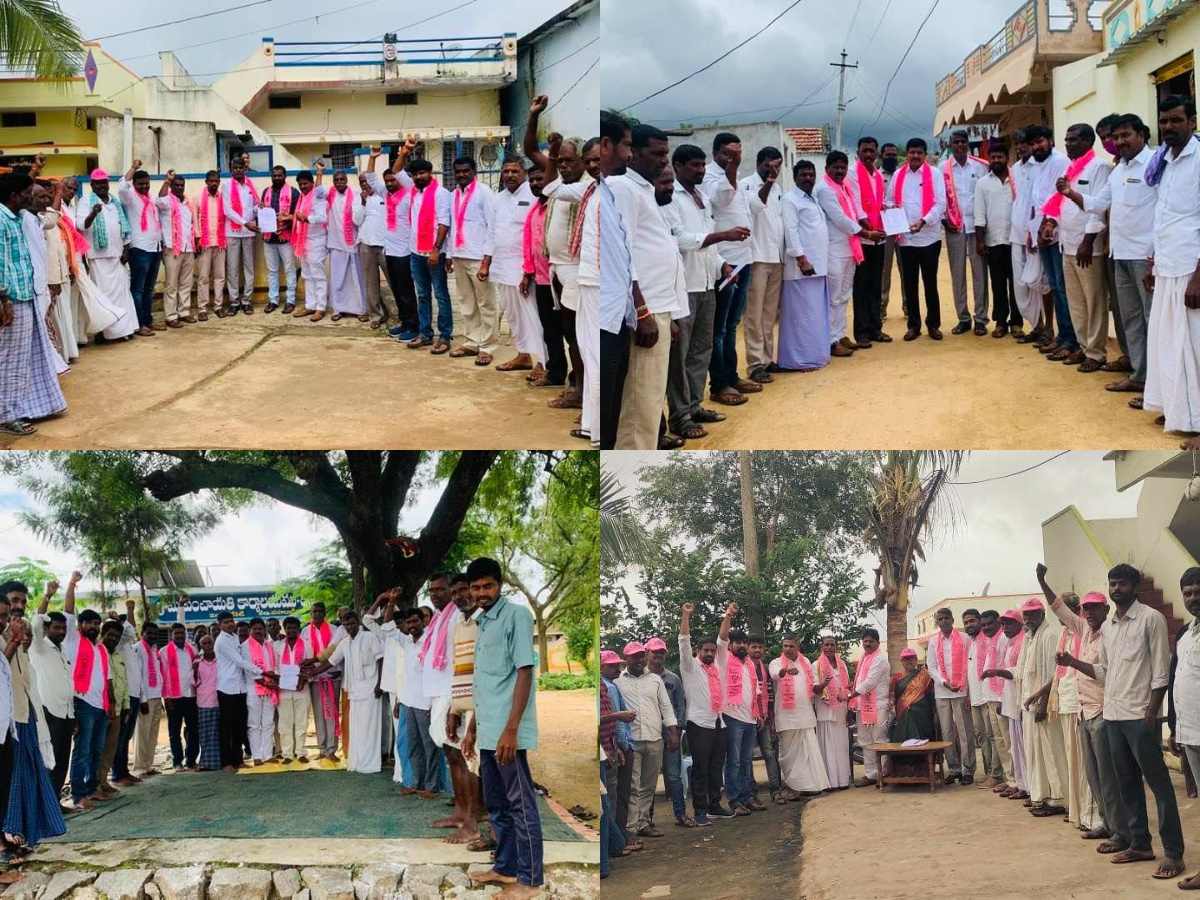 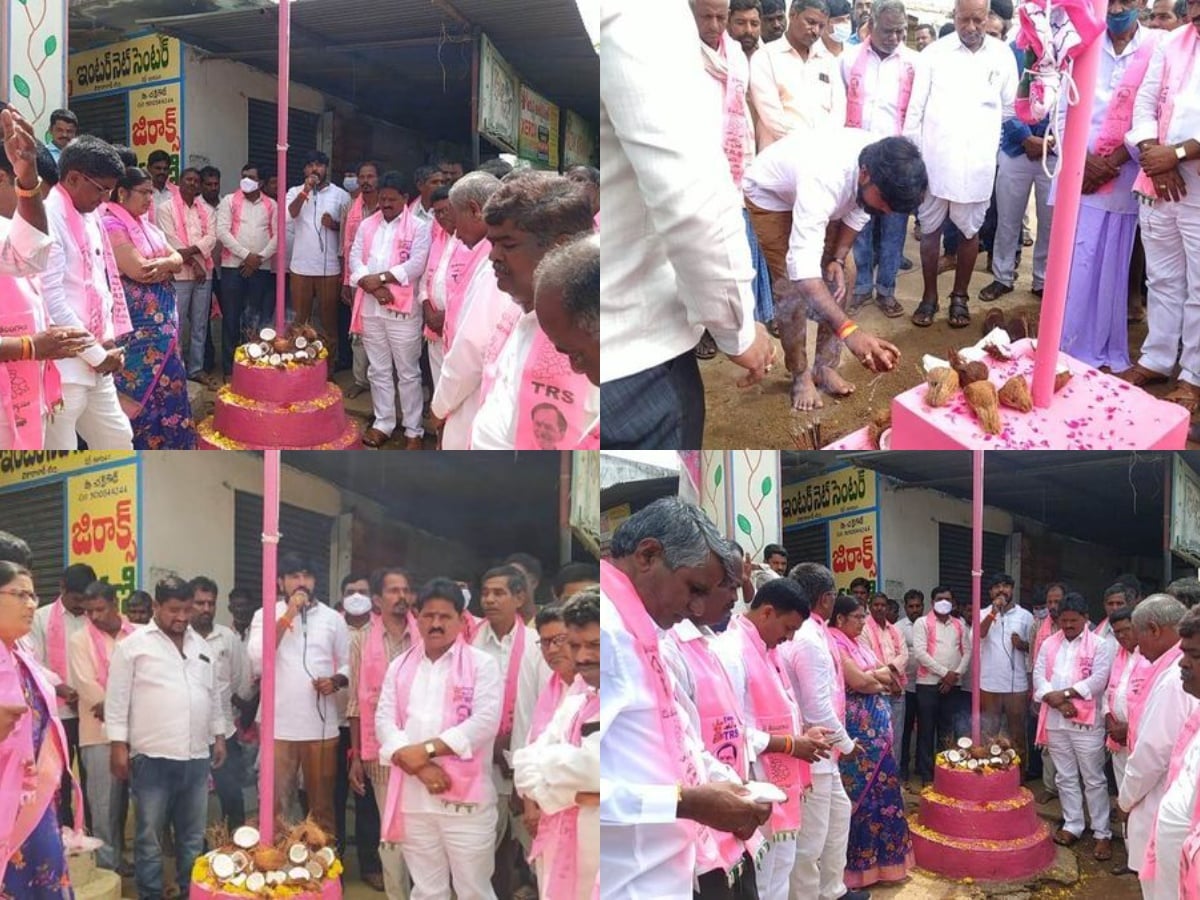 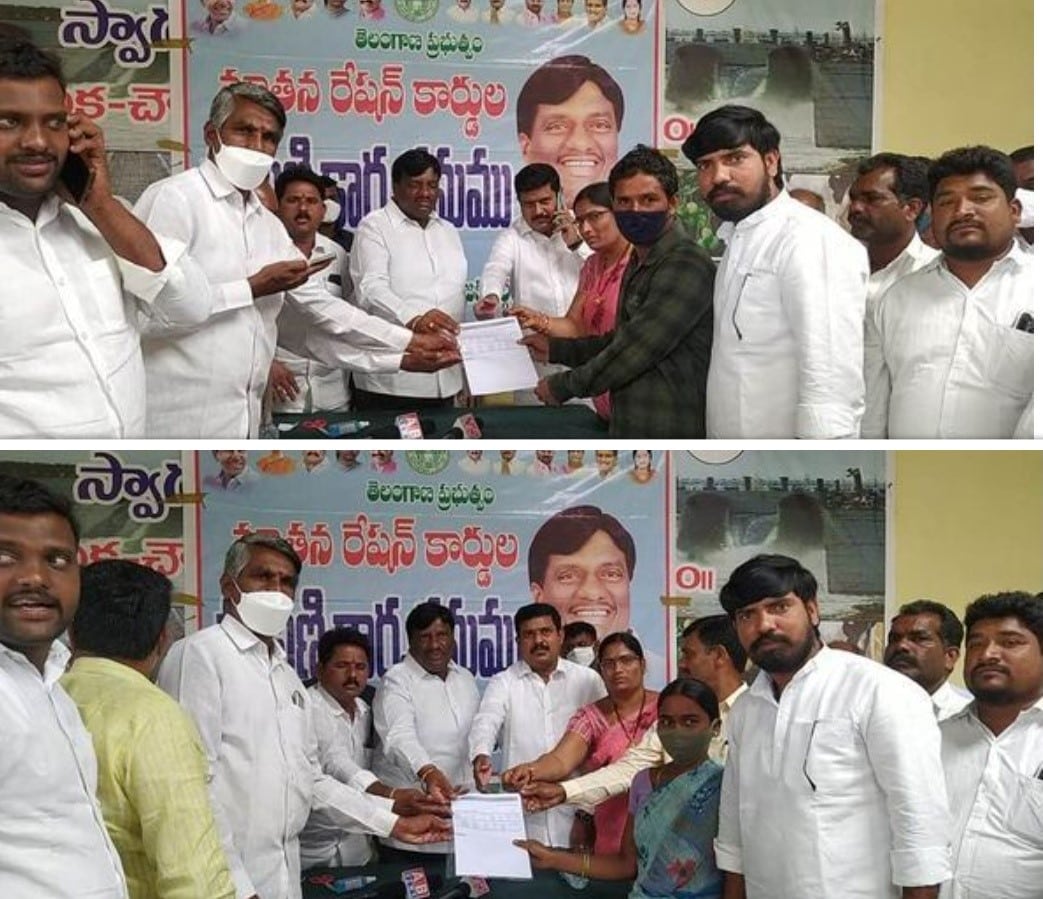 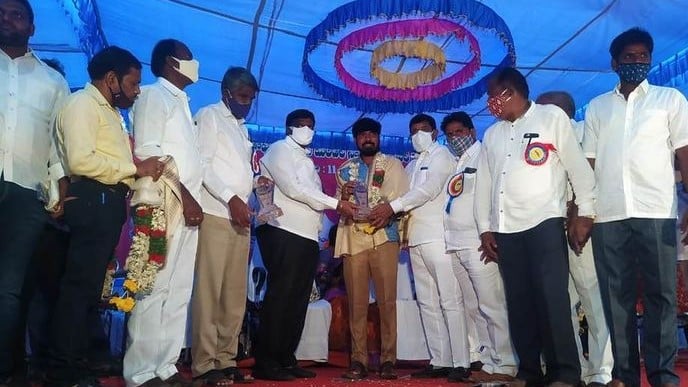 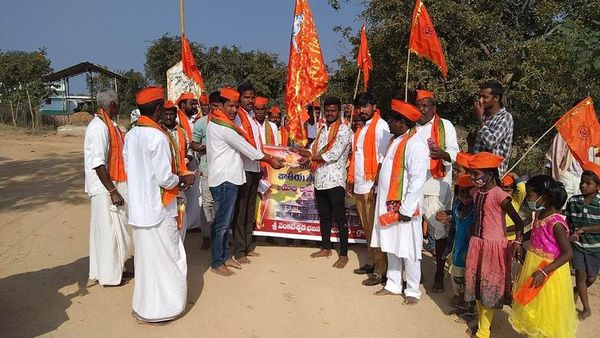 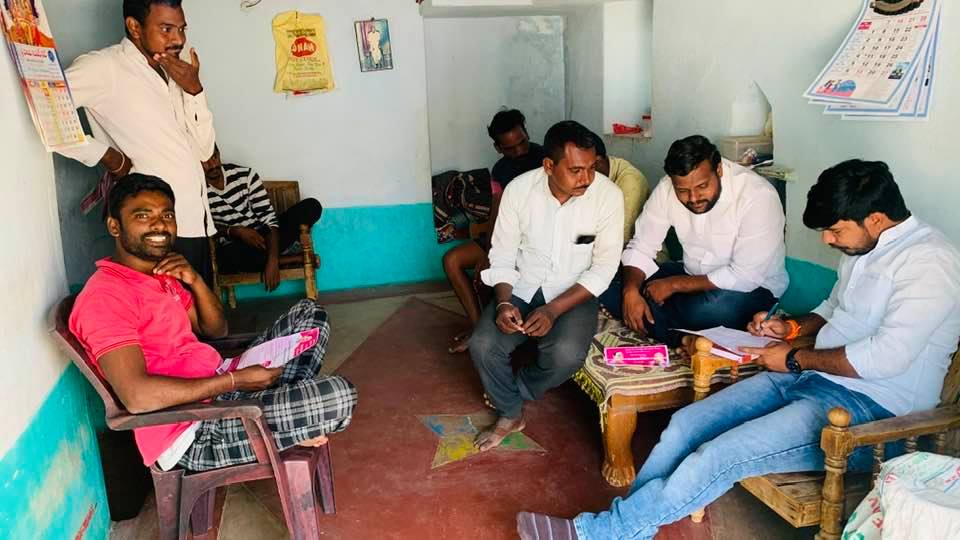 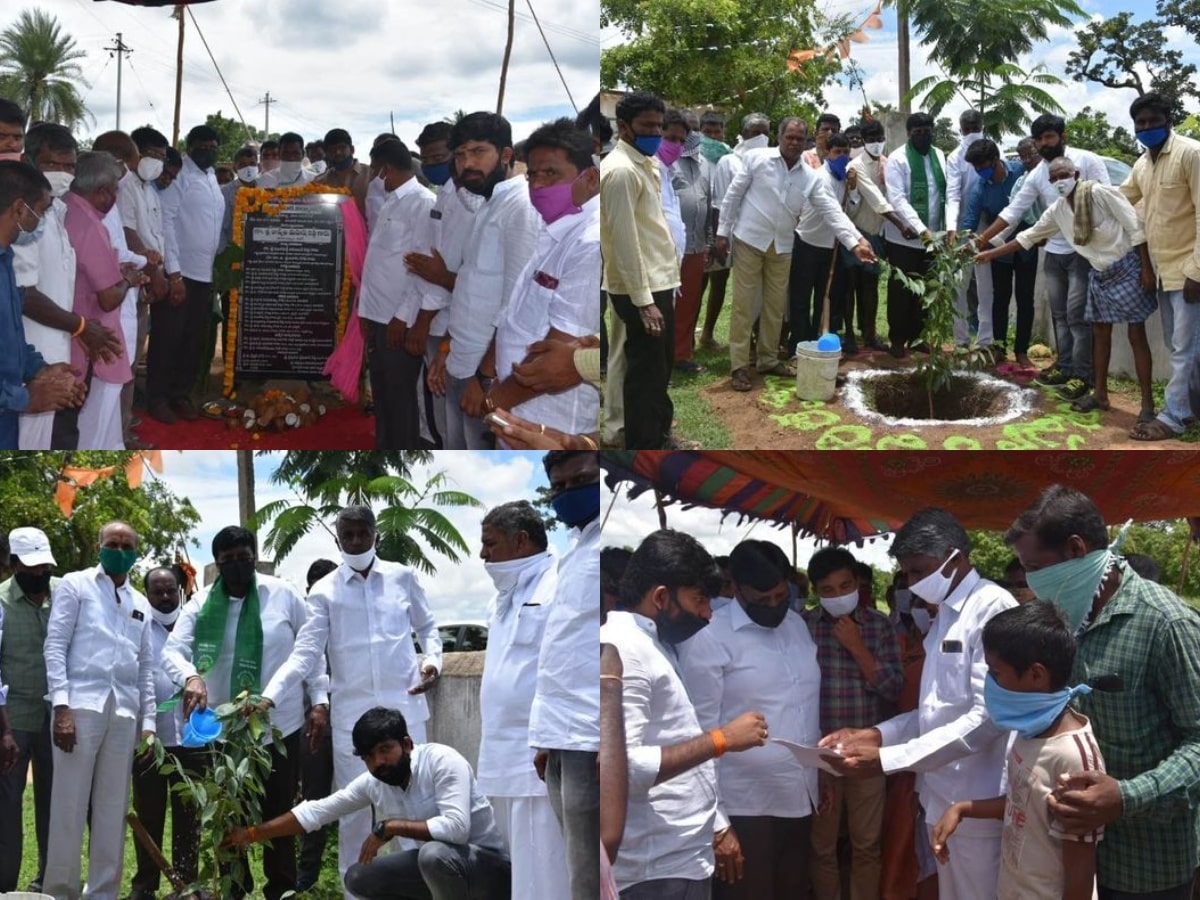 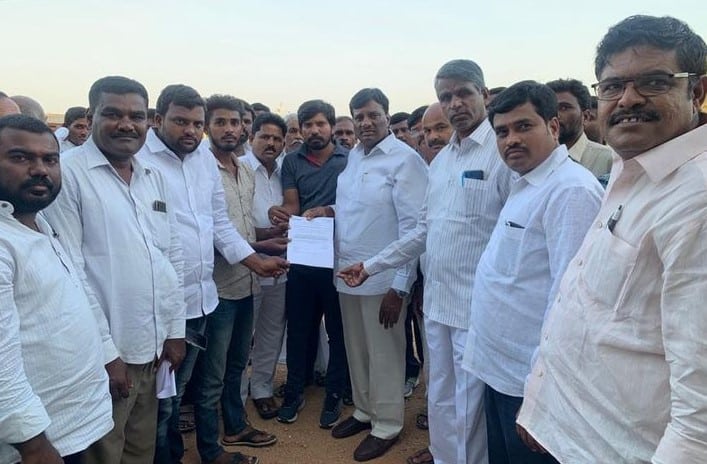 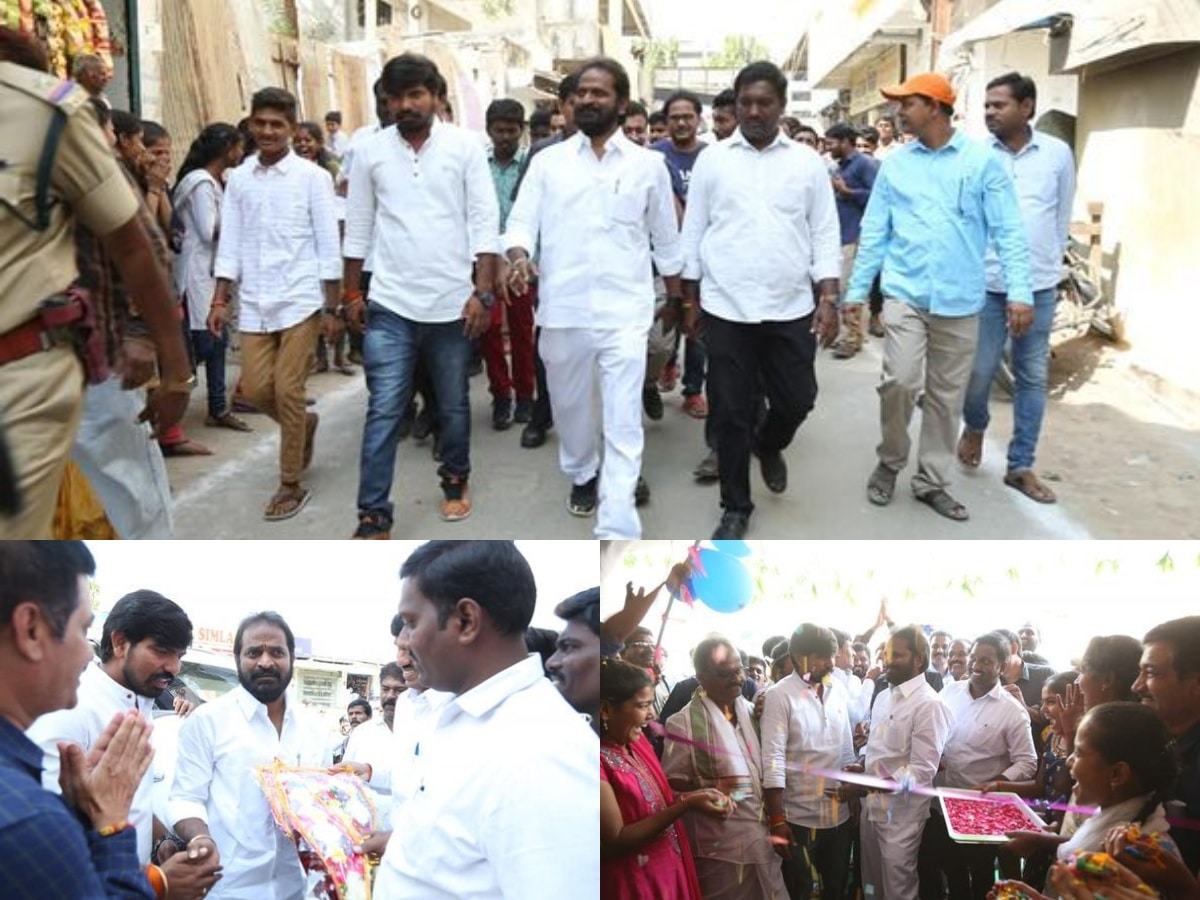 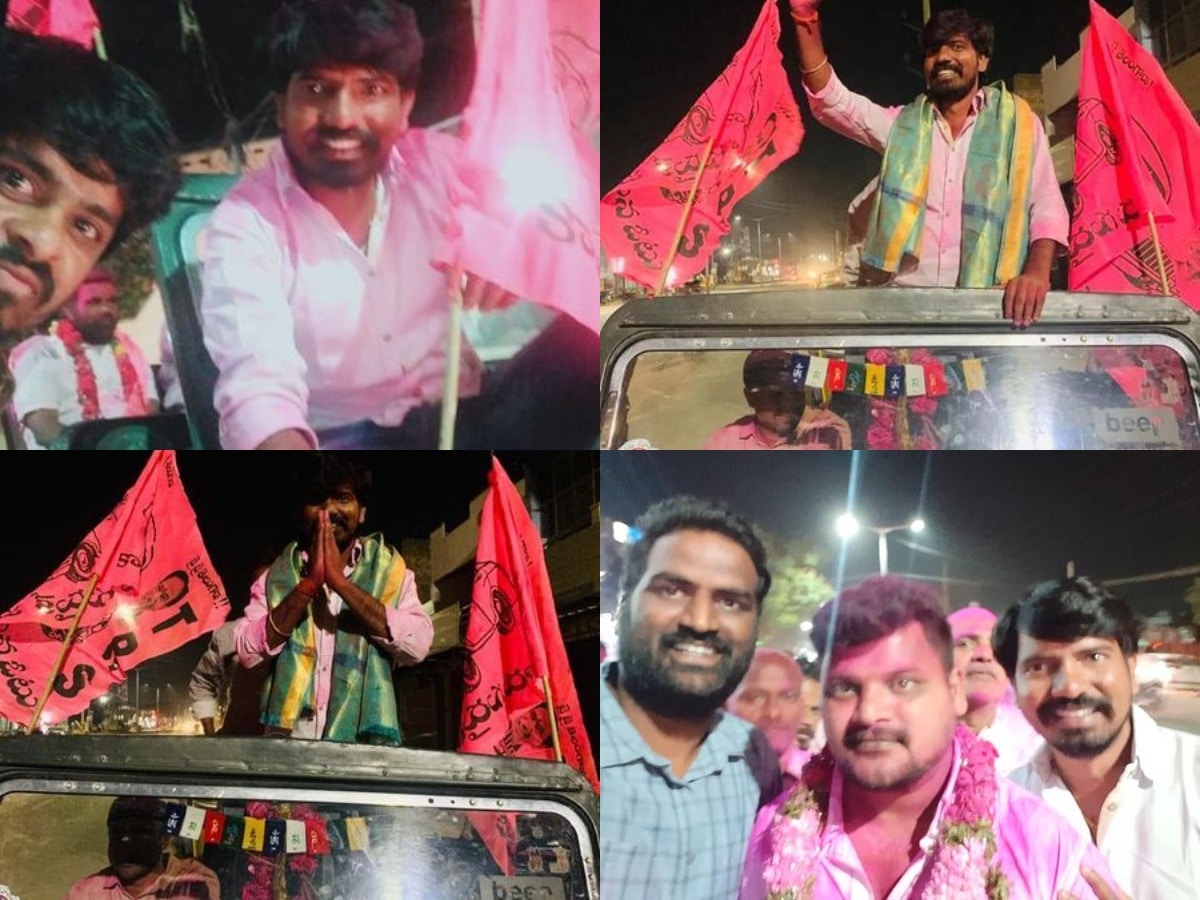 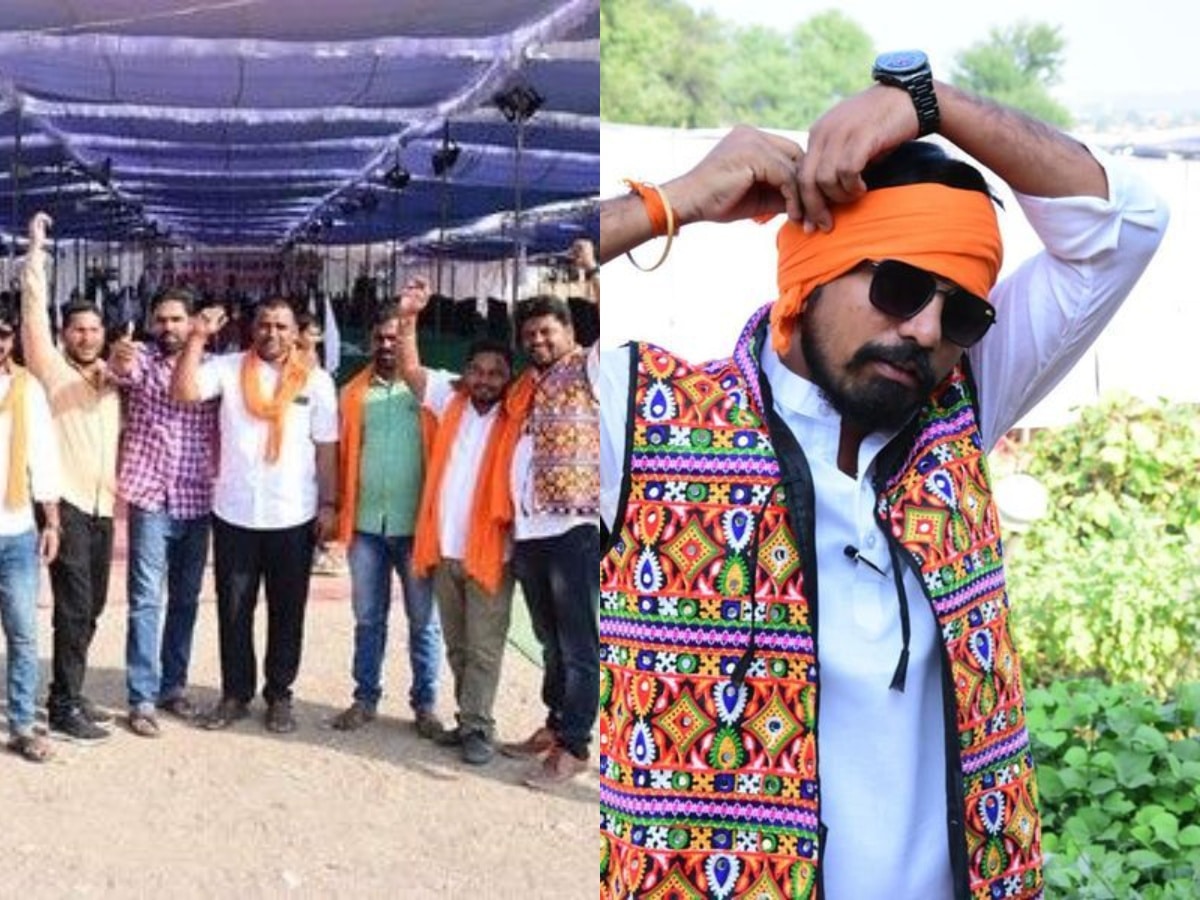 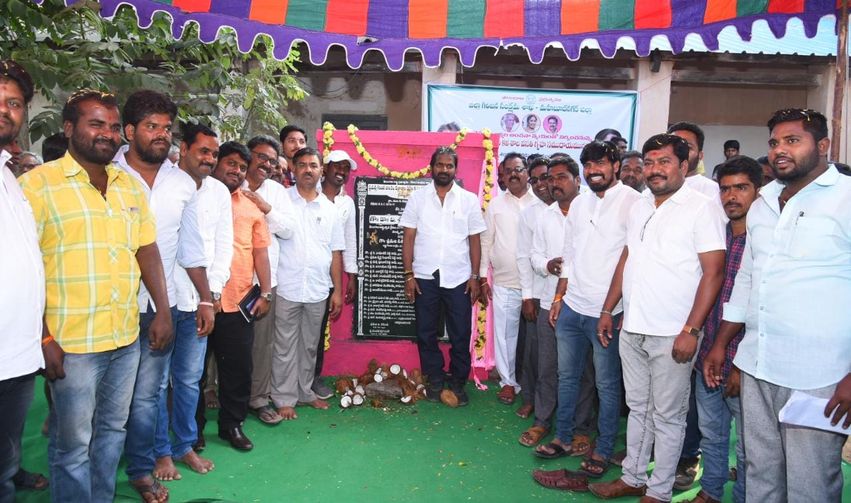 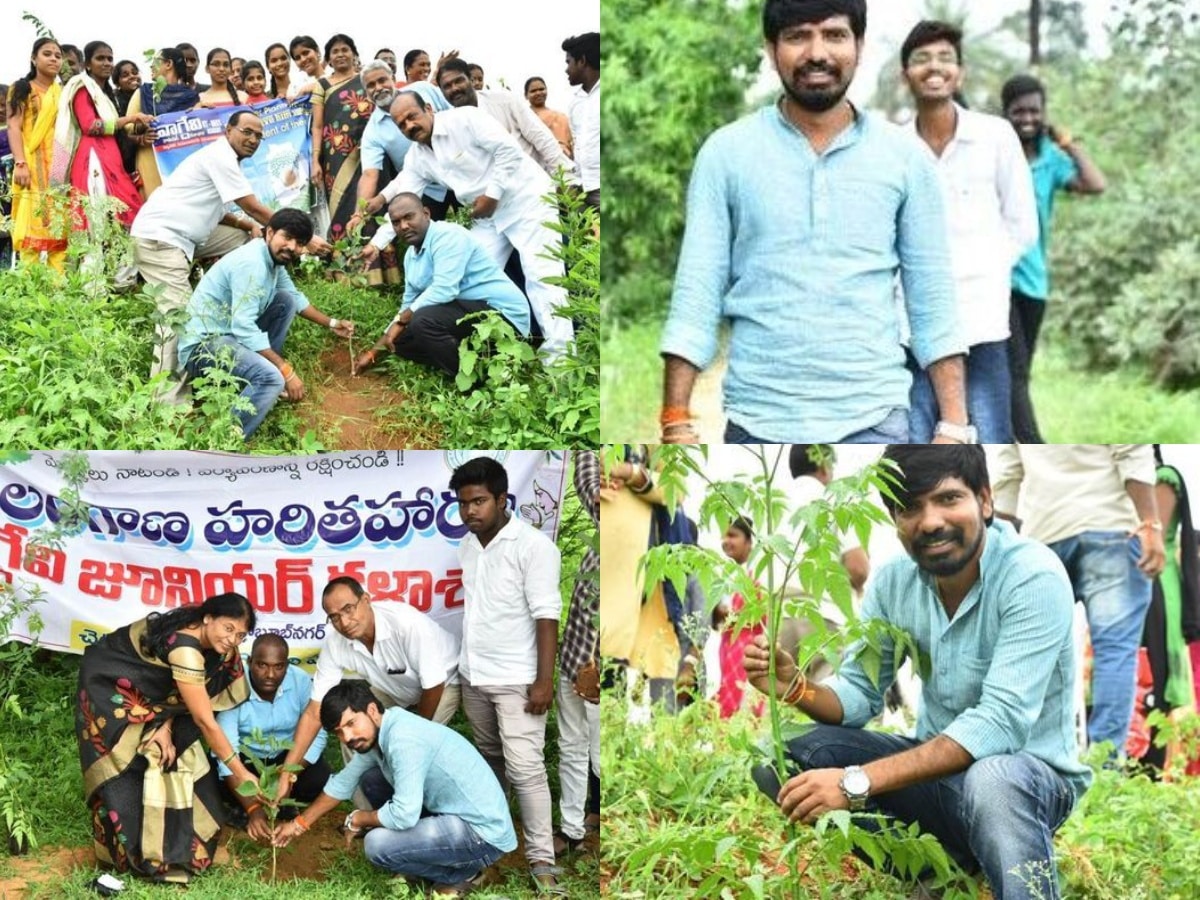 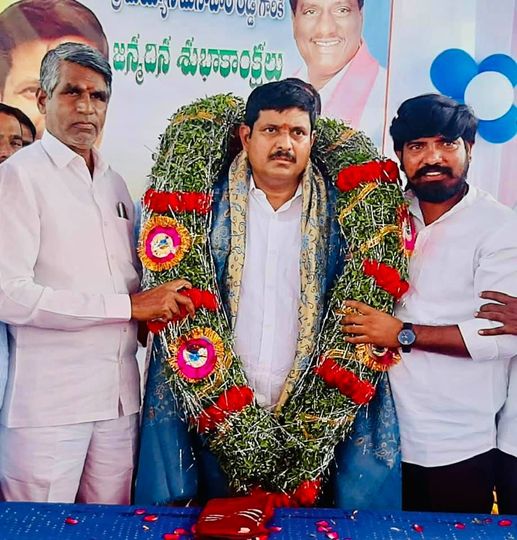 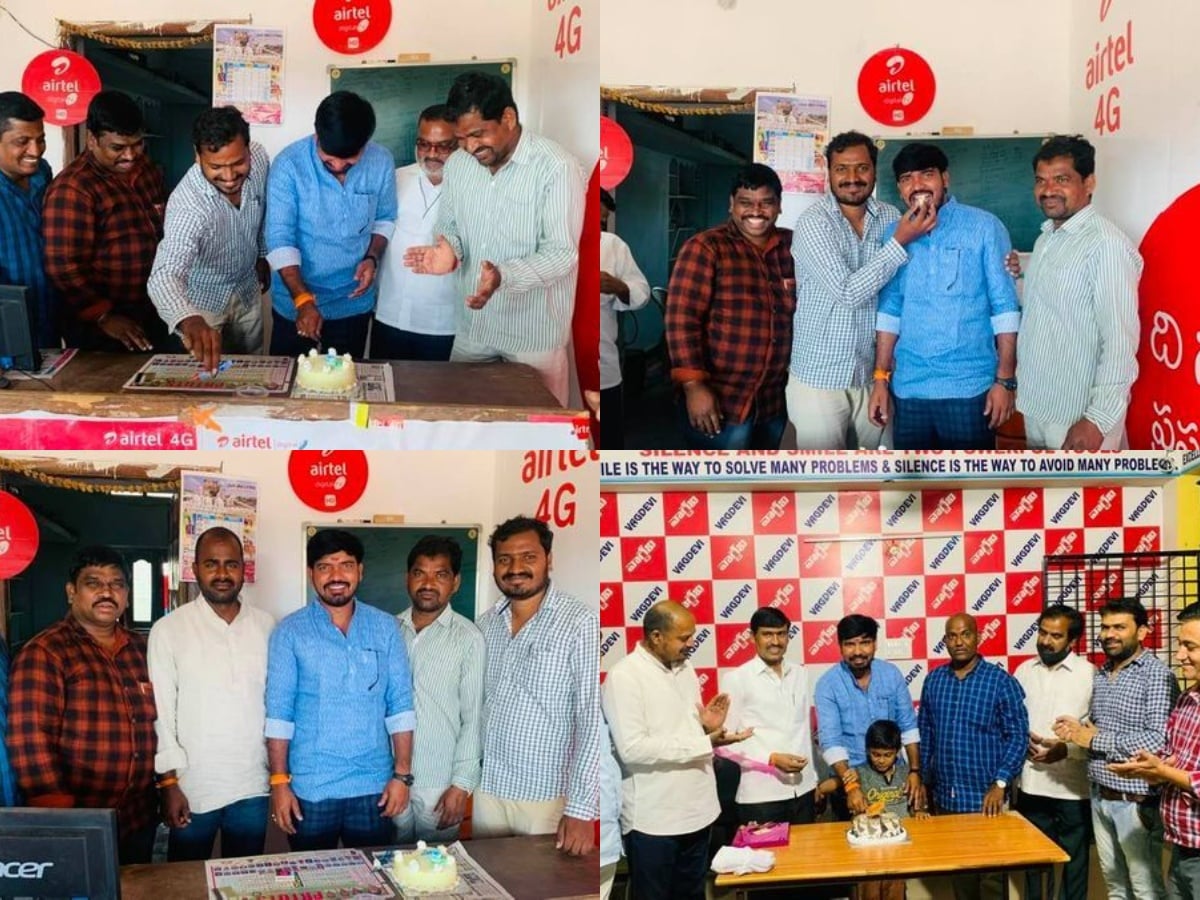 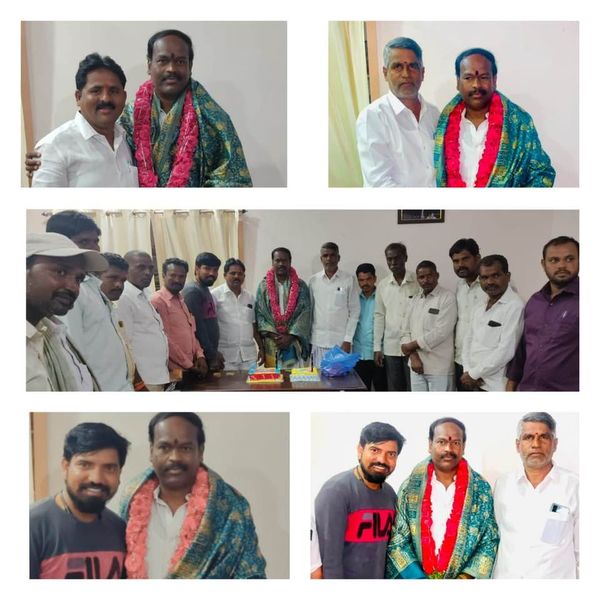 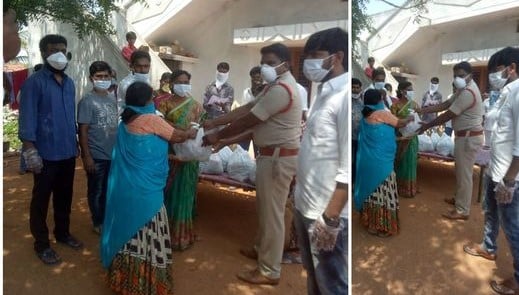 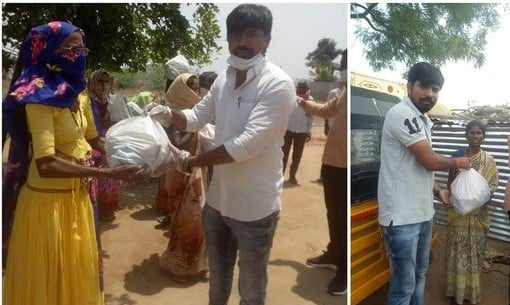 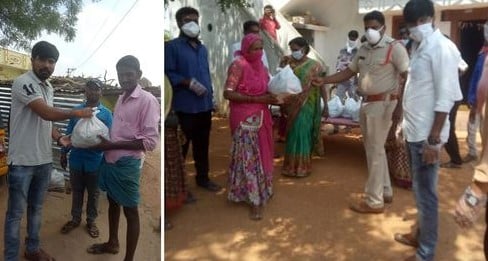 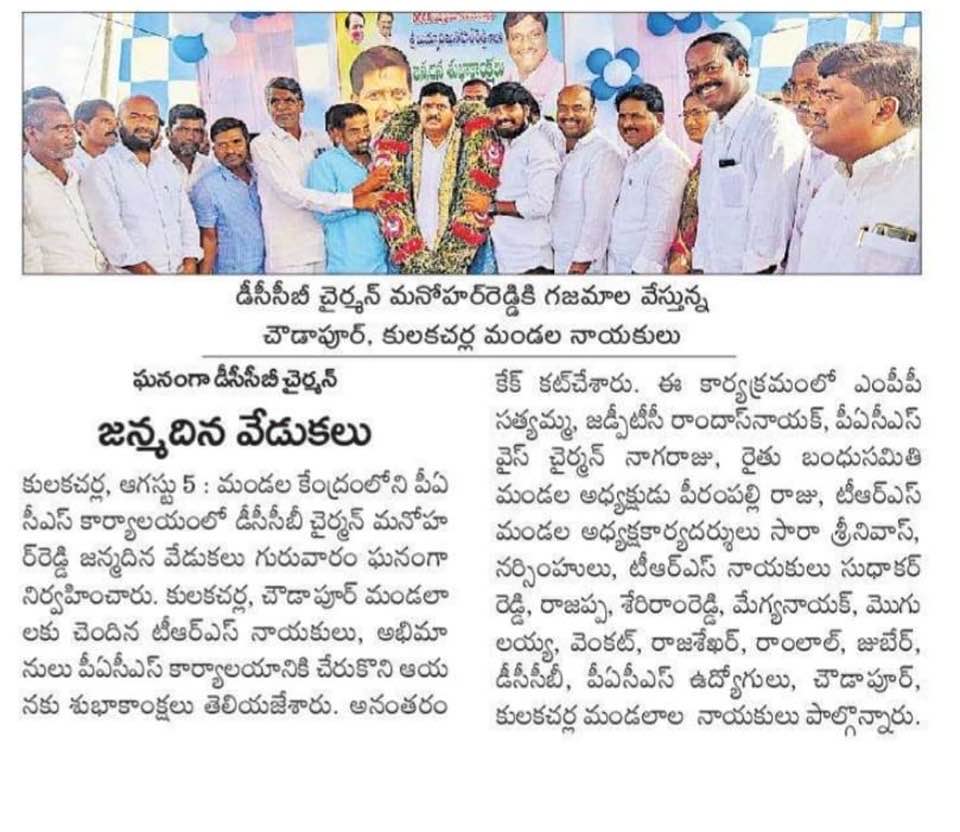 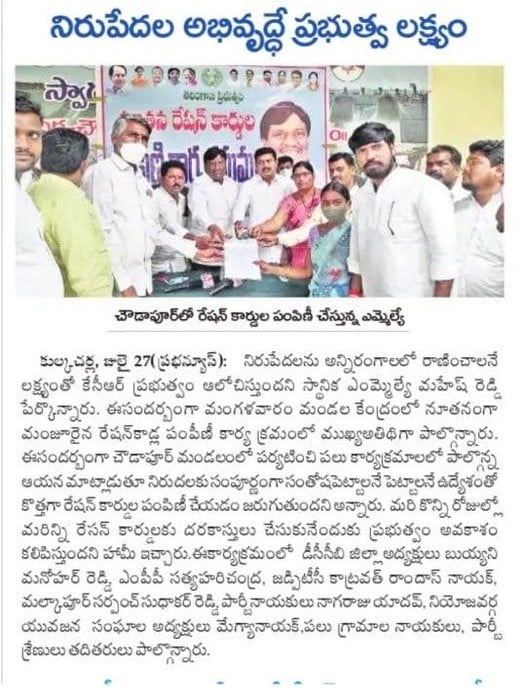 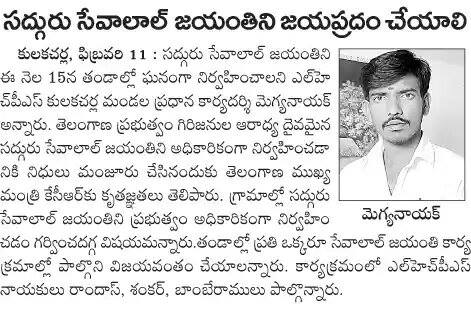 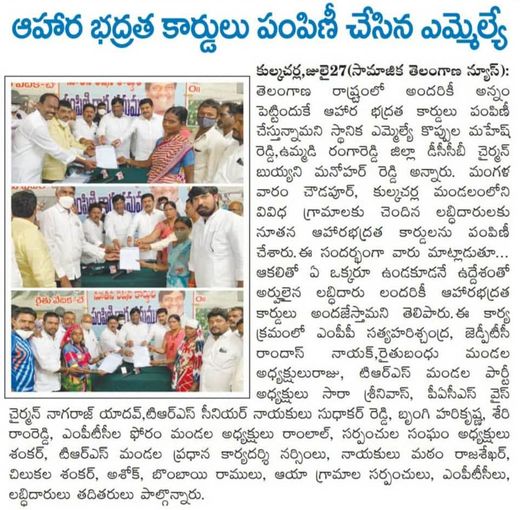 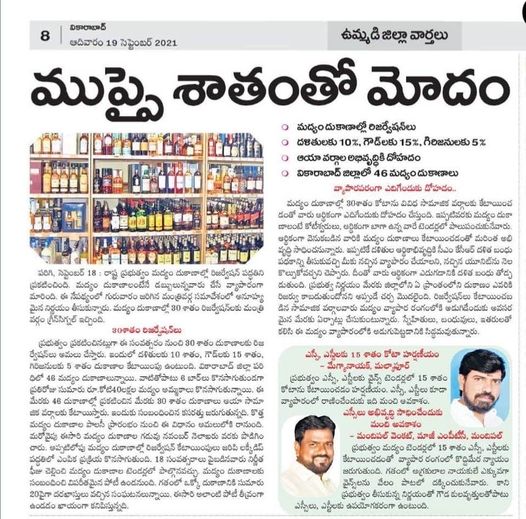