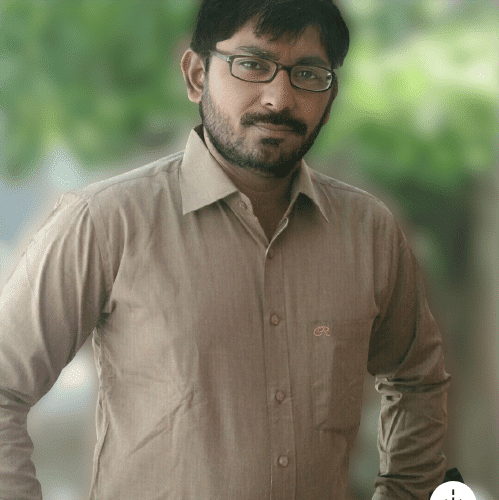 Mogulagani Upender Goud is the Mandal Youth President of Danthalapally from the Congress party. He was born on 29-04-1985 to Ramulu and Vijaya in Beerishettigudem village.

In 2000, He earned Board of Secondary Education from ZPHS, Yellampeta, and completed Intermediate at Ekasheela junior college located at Thorrur. Upender Goud received his Graduation(Degree) from Sai Ram degree college, Thorrur. In 2010, he attained B.Ed from TRR college. He gets into higher Education with M.A(Economics) from Nagarjuna University, Guntur.

In 2003, Upender Goud entered into Active Politics with the ABVP. Akhil Bharatiya Vidyarthi Parishad (ABVP) is a right-wing all-India student organization affiliated with the  Hindu nationalist Rashtriya Swayamsevak Sangh(RSS) he worked as a Party Activist. Upender Goud was elected and served as Division Publicity Secretary of Thorrur. As the Publicity Secretary, he was always at the forefront of knowing the problems of the people and solving them.

In recognition of his hard work and, efforts the party promoted him as Mandal Youth President of Danthalapally in 2007. Upender Goud switches over from the TRS and joined the Indian National Congress(INC) party in 2015 and took part in each party program as an active leader since joining the party.

The Telangana movement refers to a movement for the creation of a new state, Telangana, from the pre-existing state of Andhra Pradesh in India. After several years of protest and agitation, the central government, under the United Progressive Alliance, decided to bifurcate the existing Andhra Pradesh state, and on 07-February- 2014, the Union Cabinet unilaterally cleared the bill for the creation of Telangana. Lasting for almost a decade, this has been one of the most long-lasting movements in South India.

He has been successful in solving people’s problems in his political career. He has simplicity, flexibility and, transparency in the people under his leadership. In 2019 Upender Goud was re-elected as Mandal Youth President of Danthalapally from the Congress party in the belief that he will continue his services and currently serving in the position.

-Upender served even during the pandemic also. He provided essential commodities, Masks, Sanitizers to the village and poor people.

of Danthalapally from the Congress party