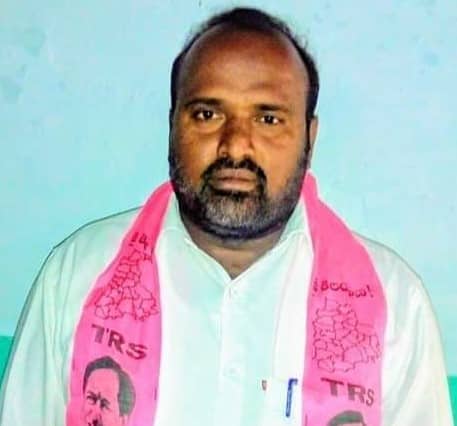 Mattipalli Srishailam Yadav is presently designated with the position of Mandal President of Akhila Bharata Yadava Mahasabha in Mothey Mandal of Suryapet District and also a Party Activist for TRS Party.

Srishailam Yadav was born and raised up on 10th July 1978 to Mattipalli Ramulu and Venkamma in Raghavapoor Village of Mothey Mandal.

He studied Schooling at ZP High School in 1993 at Namavaram village. He completed his Undergraduate from Little Flower Junior College resided at Suryapet in 1995.

He attained his Graduation Degree in 1998 from Raja Ram Memorial Degree College located at Suryapet.

After concluding his education in the year 2009, Srishailam Yadav has begun his political career by joining the INC Party(Indian National Congress Party and worked as an Active Member for few years by discharging his duties with a code of conduct.

As being a part of INC, Srishailam Yadav express keen interest and performs every activity for the recognition of the respective party.

In the year 2009 by continuing his tenure in the INC Party as an Active Member, He joined the శ్రీ కృష్ణ గొర్రెల పంపిణి సహకార సంఘం ( Sheep Federation) in Raghavapoor Village of Mothey Mandal and accepted an Honorable position of Chairperson to look after the people and the issues they are facing in the village and served up to 2011 with the assigned position

Thereafter in the year 2013, He swapped the other organization i.e, Akhila Bharata Yadava Mahasabha(ABYM). For his Sincerity to the services of the former Organization, he appointed for the reputable position as the Mandal President to resolve the problems of the villagers.

Being holding the position of Mandal President for ABYM, In the year 2018, Srishailam Yadav switched to another political party from INC to TRS(Telangana Rashtra Samithi) and working as a Party Activist since the day of joining the TRS Party.