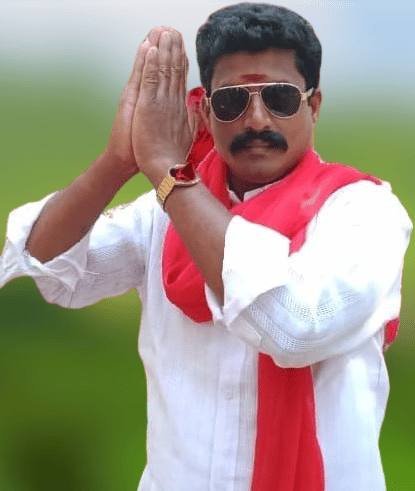 Marri Raju Naidu is currently working as the Mandal General Secretary of Makuvaripalem from BJP.

He received his early education from ZP High School, Vemulapudu in 1998 and He attended college at Govt Junior College located at Narsipatnam.

In 1998, Raju began his political journey through The Students’ Federation of India (SFI) and involved in student Dharnas

and fought for many issues like Fee Reiumbersemnt, Meals for Hostelers with a protein diet, Reservation seats, Hostel Facilities to poor Students, Admissions for Students, and good infrastructure at educational institutes and Hostels.

In 1990, He joined the Communist Party of India (CPIM) and worked all day and involves in every organized Party meeting, and works for the growth and development of the Party and organization.

He was a member of the Praja Natya Mandali Association, The cultural wing of the Communist Party of India, which will undertake a drive, from State to village-level, to increase public awareness about the importance of tradition, culture, the rhythm of folk.

Raju joined the Bharatiya Janata Party(BJP) in the year 2020 and was appointed as the Mandal General Secretary of Makuvaripalem.

Being serving in the assigned positions, Raju has been performed many social and welfare activities for the people.