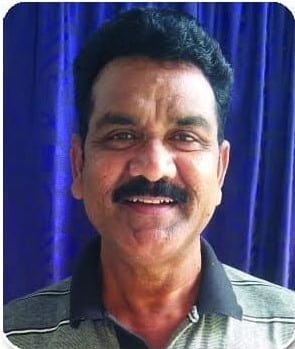 Mareedu Prasad Babu is an Indian politician from the Southern Indian state of Andhra Pradesh. He is serving as the AP State Secretary of MLPI (Red Flag).

He was born and bought up at Kanuru Which is a Mandal headquarter of Penamaluru on 03-August-1971. His Parents were Sri. Venkataratnam & Smt Samrajyam.

In 1985, He received his Secondary Board of Education at Patamata ZP High School at kanuru and intermediate from SRR & CVR Govt. Junior College in 1987, Masavaram.

With the continuation of his education, Prasad Babu joined the Students’ Federation of India (SFI) is an Indian left-wing student organization.

Constantly striving for the welfare of the Students and expressing his feelings of service, he provided a kind of encouragement with a passion to serve the people as a Krishna District Joint Secretary in 1993 where he executed his duties with extreme caution while carrying out the Party’s initiatives.

He increased his work ethic by honorably receiving the position as the Krishna District Joint Secretary of Andhra Pradesh Civil Liberties Committee (APCLC) between 1995 to 2005 by contributing to the betterment of society by doing his tasks effectively and according to the party’s laws and regulations.

He extended his service and work by accepting the respective position as District Secretary of KNPS (Kula Nirmulana Porata Samiti) by further enhancing his responsibilities so that he could stay closer to the people and monitor their well-being every moment from 2005 to 2015.

In 2016, Prasad Babu was drawn into active politics by the Marxist-Leninist Party of India (Red Flag) with great zeal and the desire to serve the people.

In a Sparkle of time i.e 2017, he was elected as the State Committee Member and has been constantly worked for the people, thinking about their welfare, and gained immense admiration from the people.

For his impressive performance during the course of his services, Prasad Babu was designated as the State Secretary and has been served in the position from 2019 to 2020 with gratitude and perpetually working hard for the well-being of society.

His persistent attention and selfless dedication towards the service made him promoted to the AP State General Secretary from the MLPI in 2019 to promote the right perspective in people about the need for holistic and sustainable development by doing his part to alleviate the villager’s hardships.

On the one hand, while fulfilling his political responsibilities, he increased his work ethic by working as a Journalist of Andhra Jyothi. 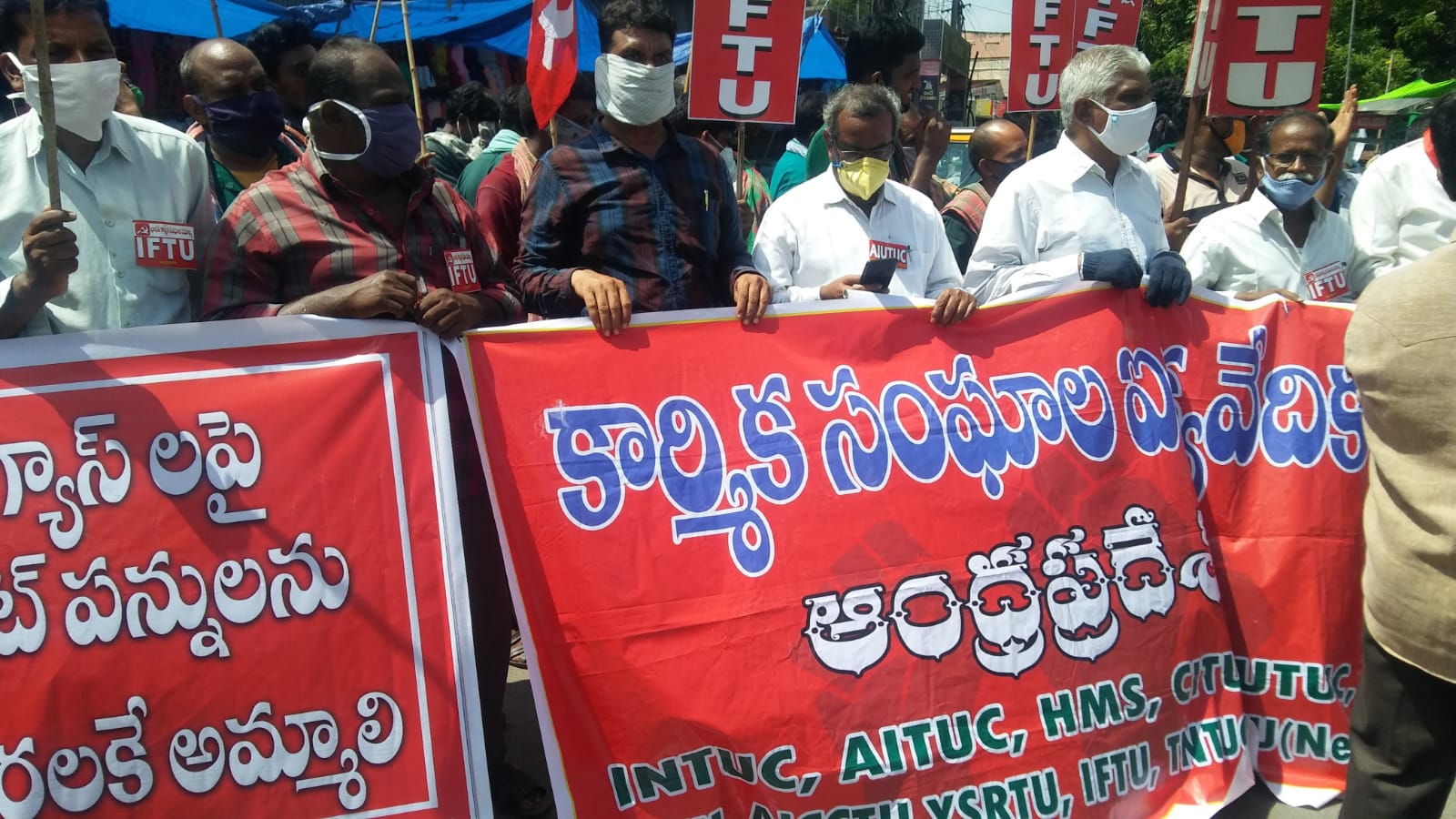 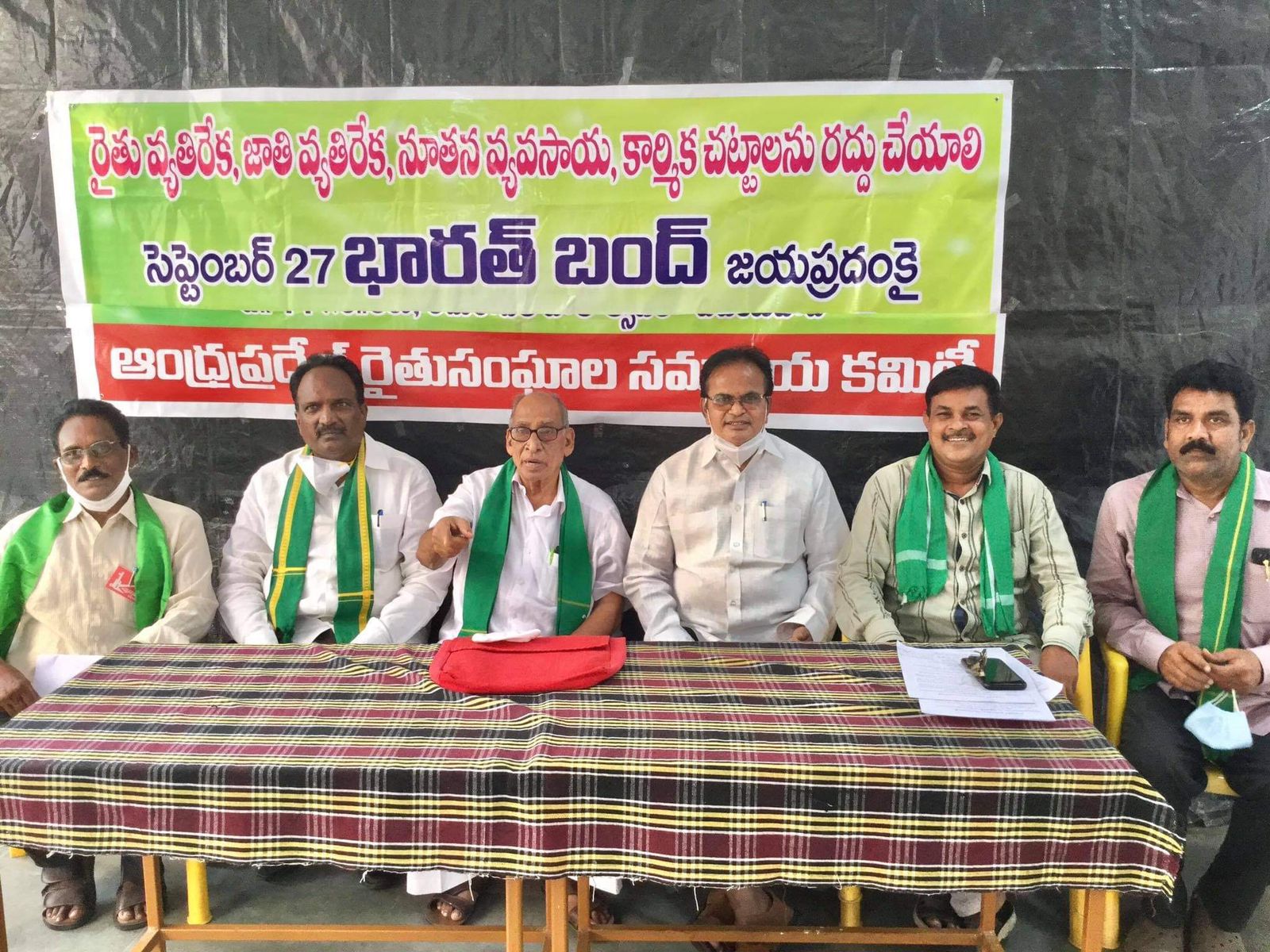 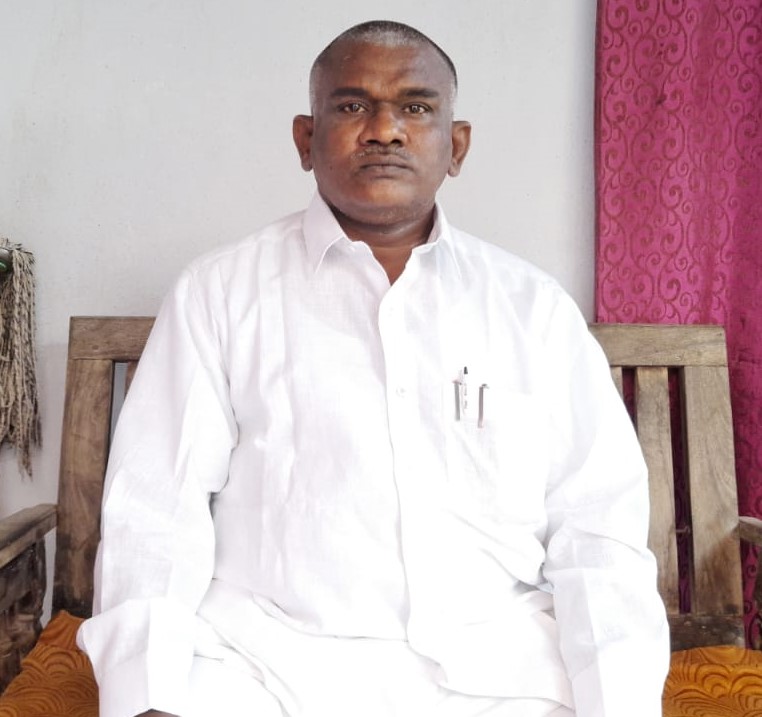 Injustice anywhere is a threat to justice to Everywhere 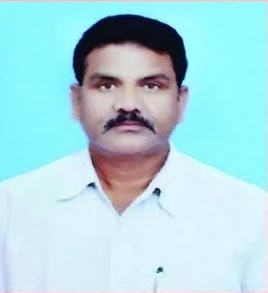 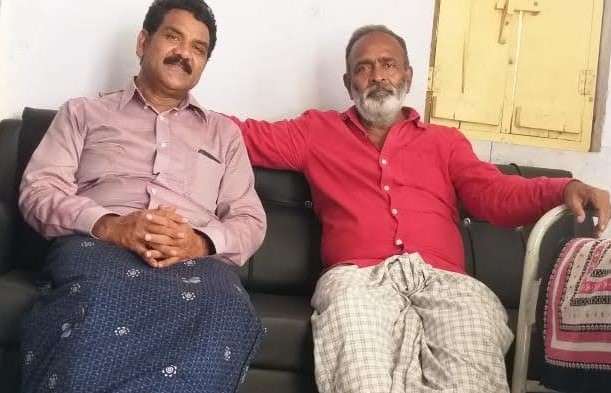 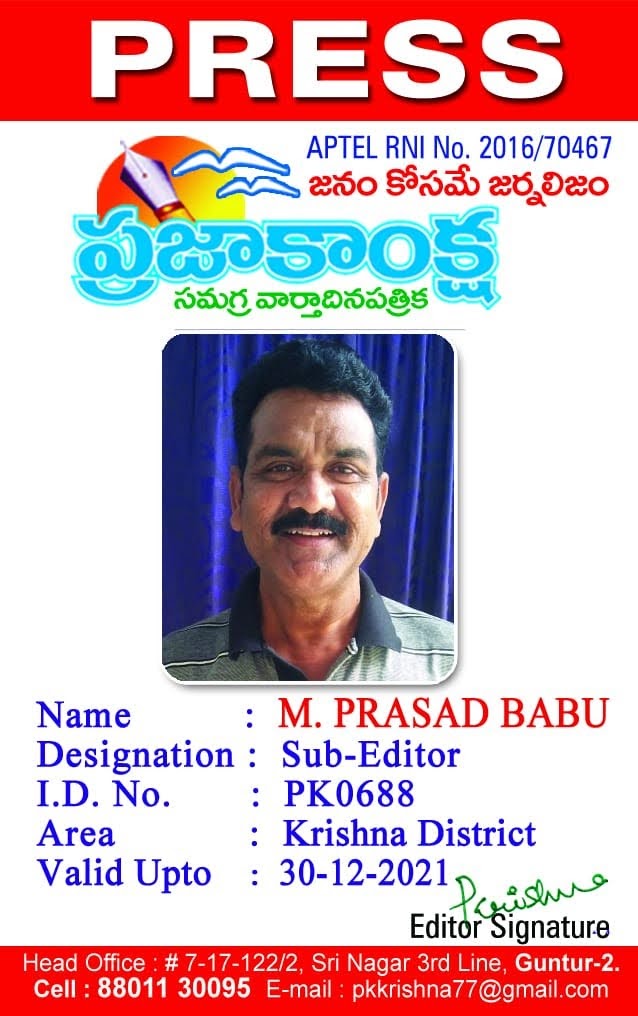 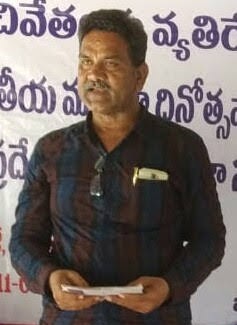 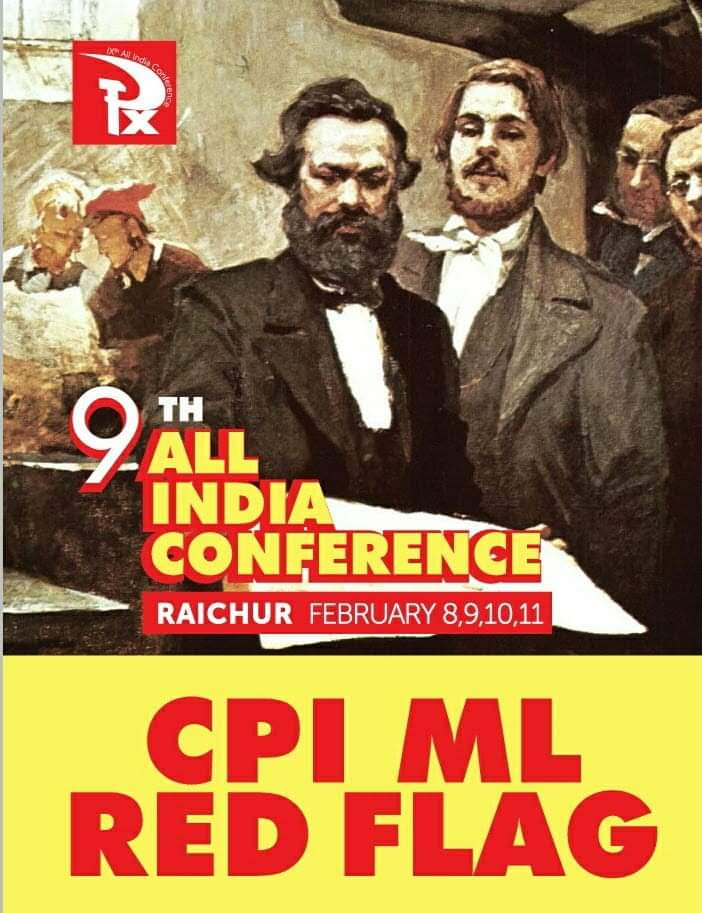 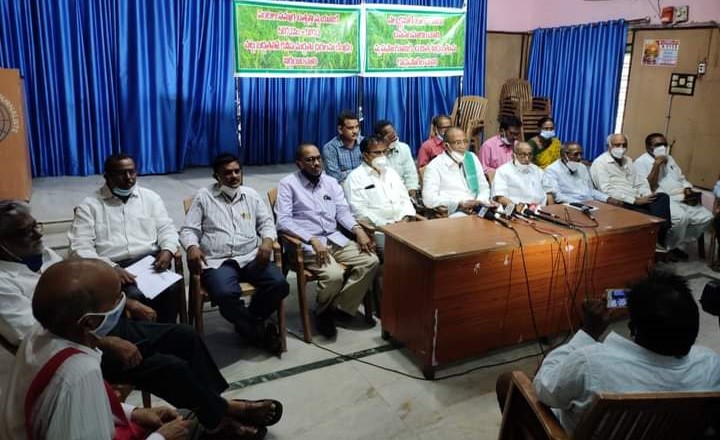 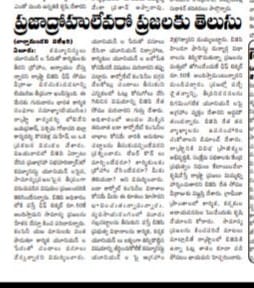 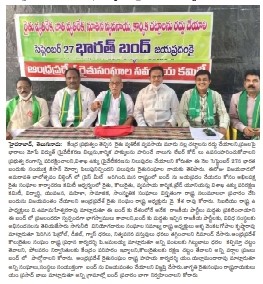 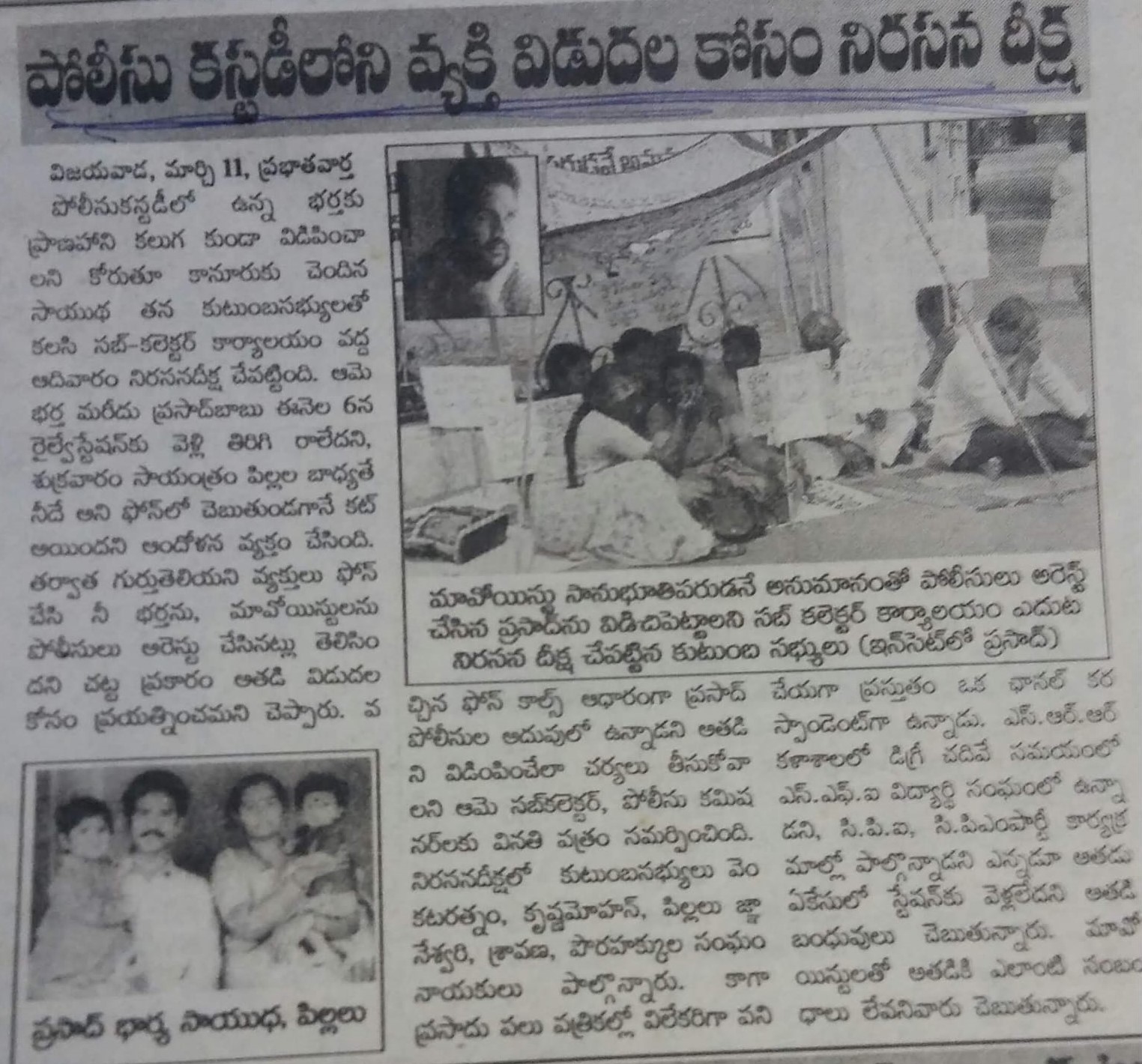 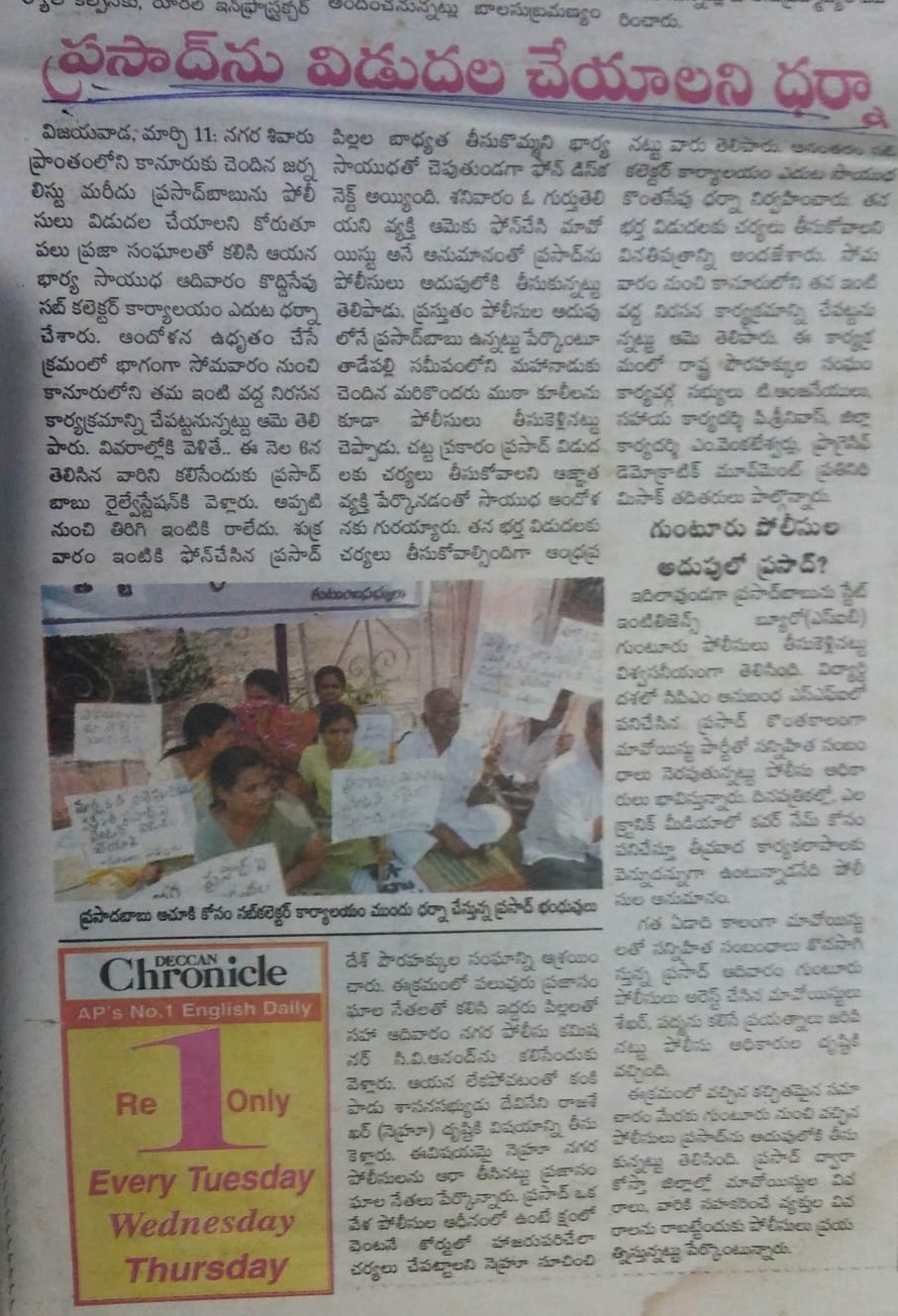 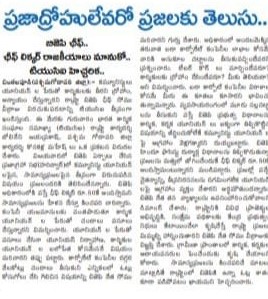 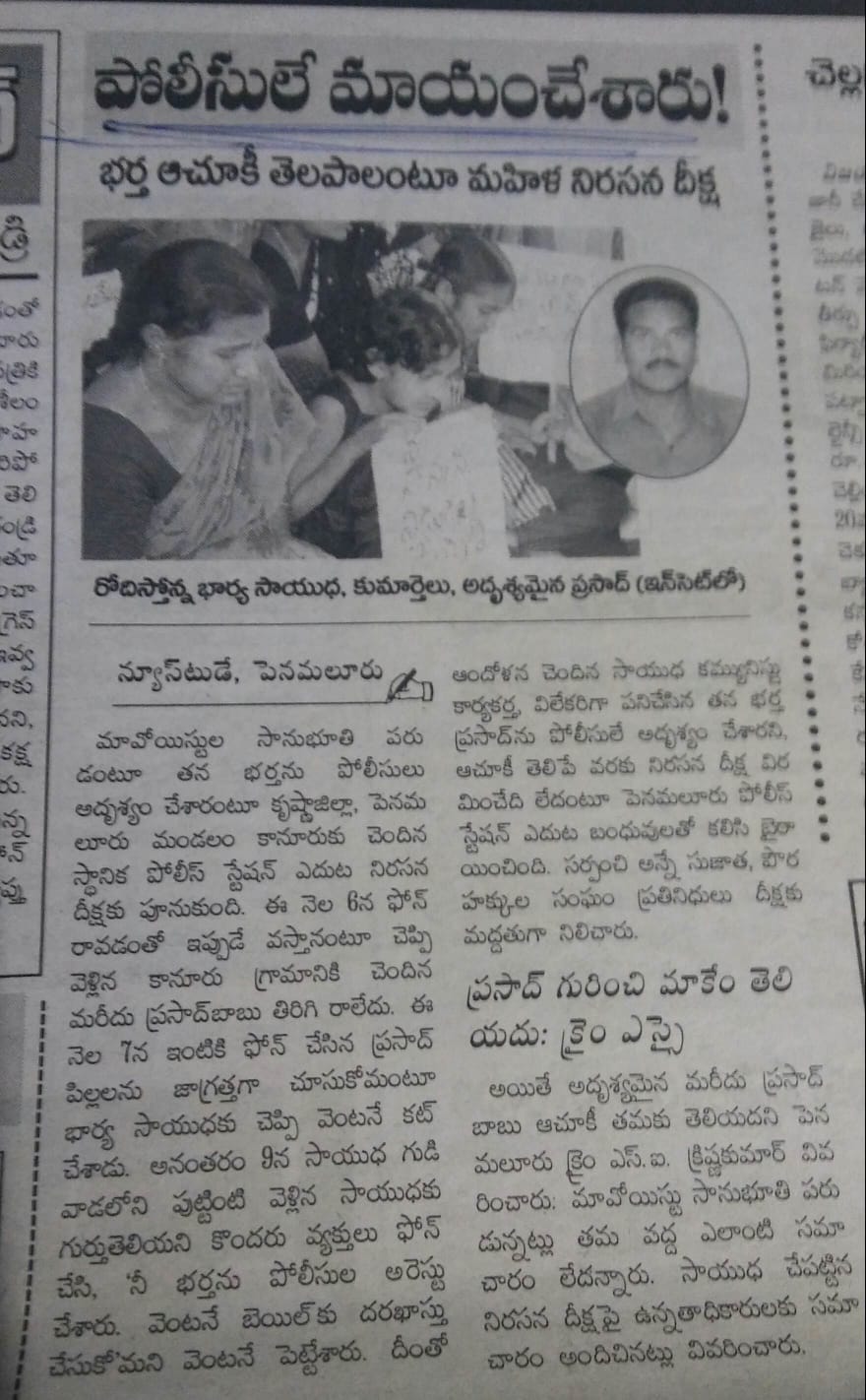 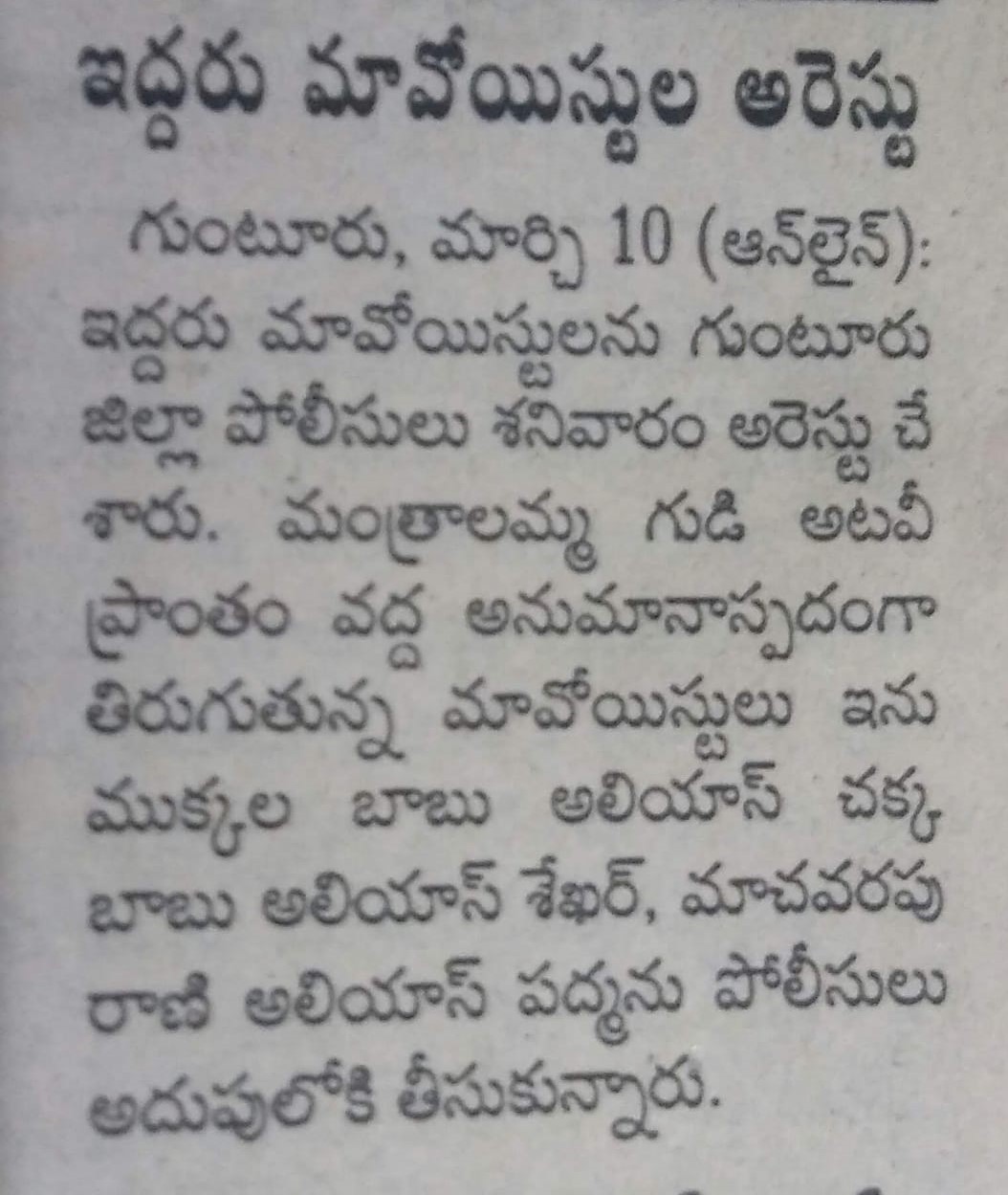 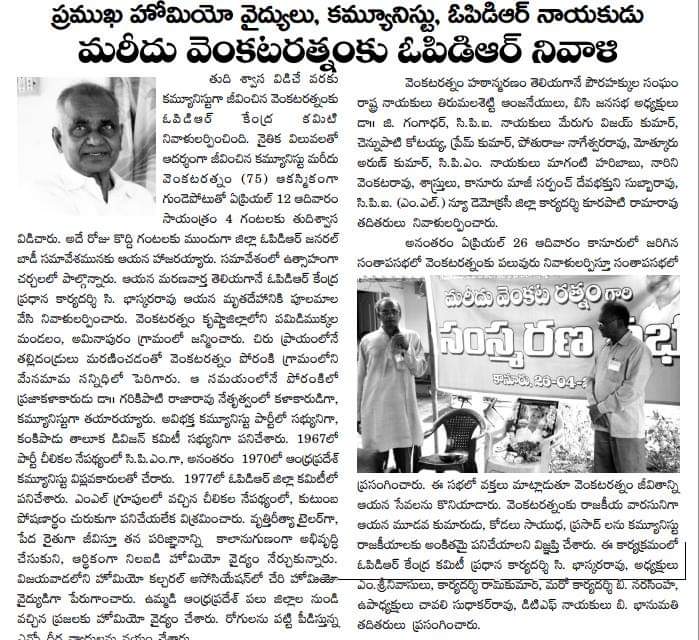 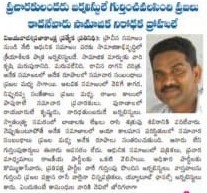 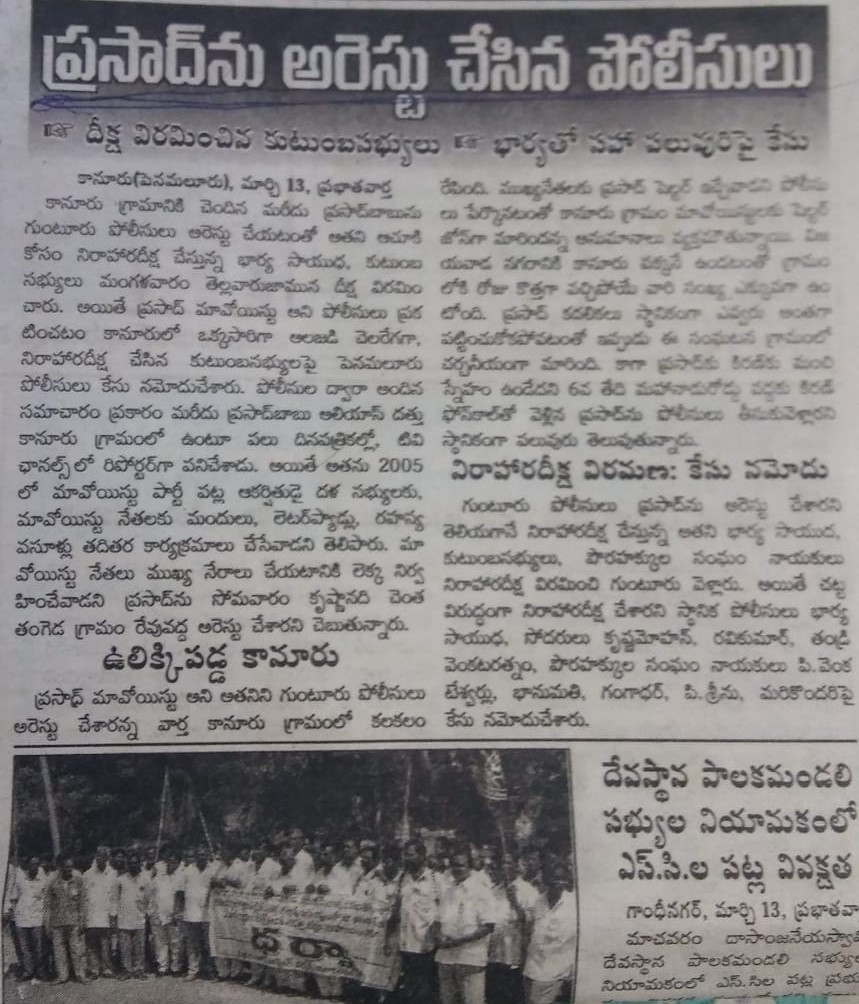 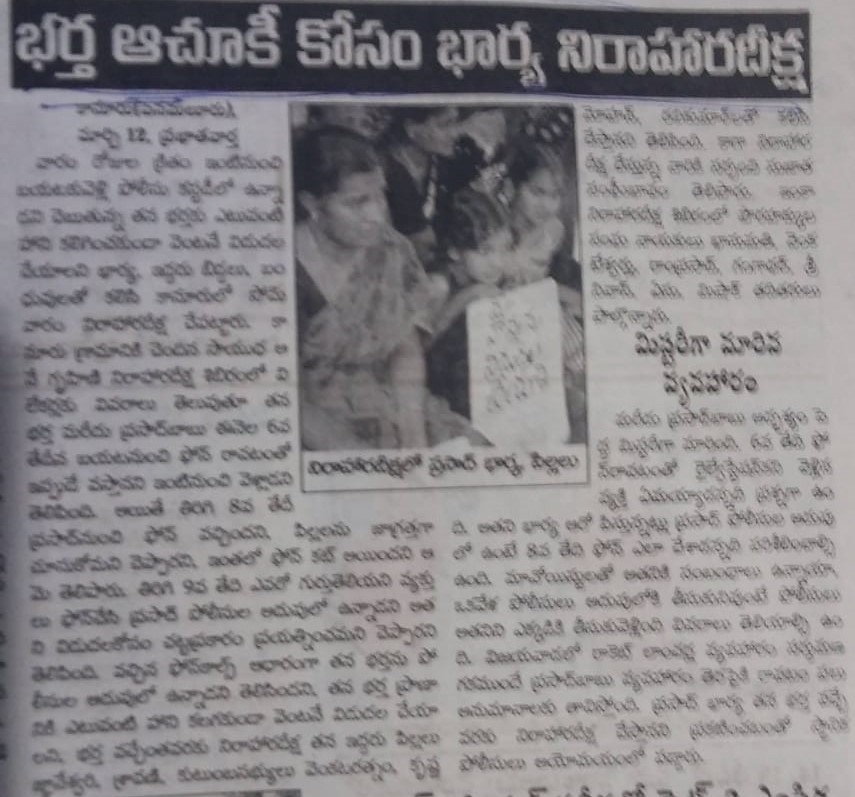 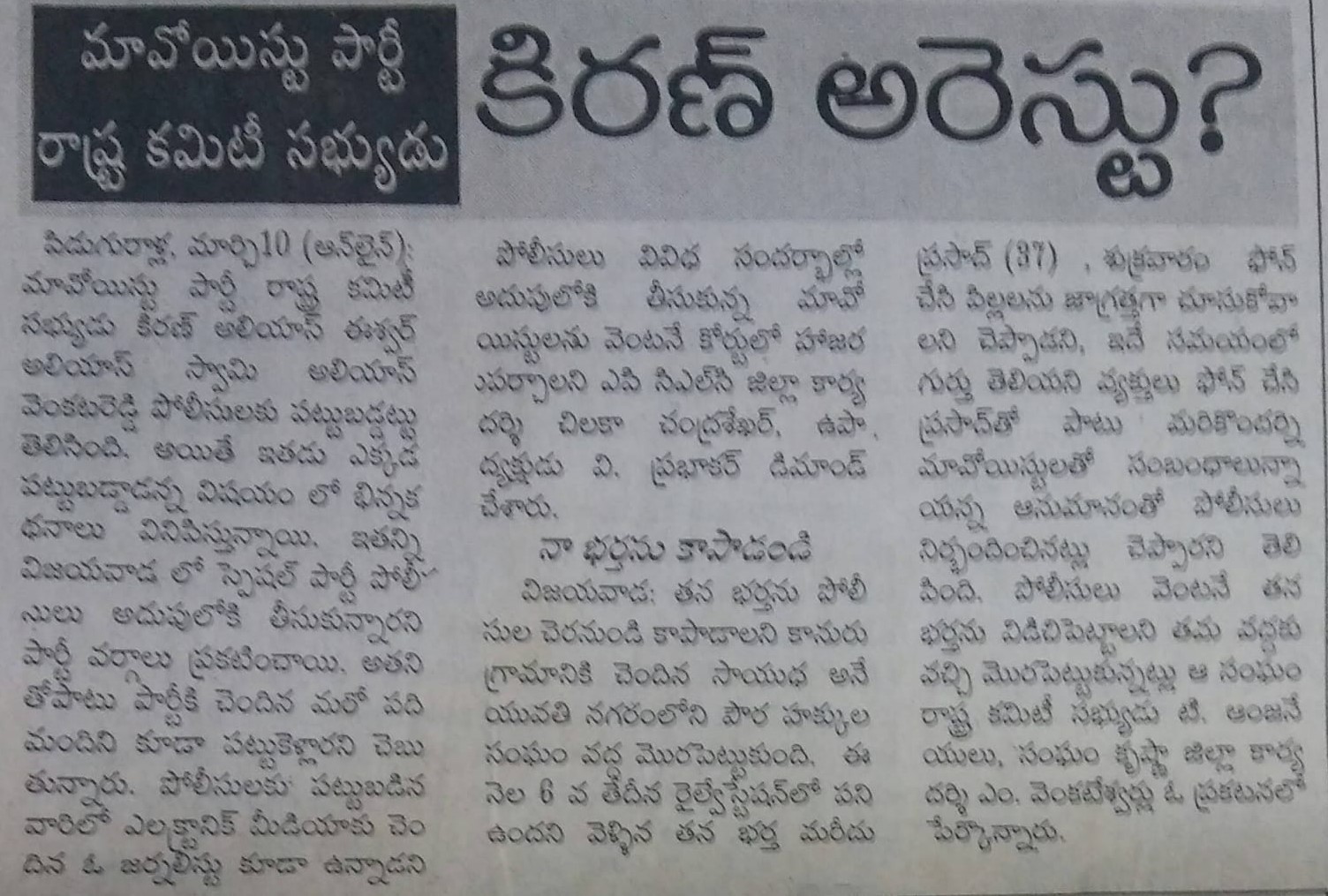 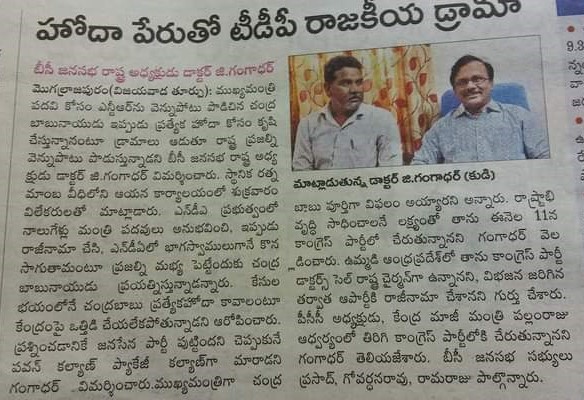