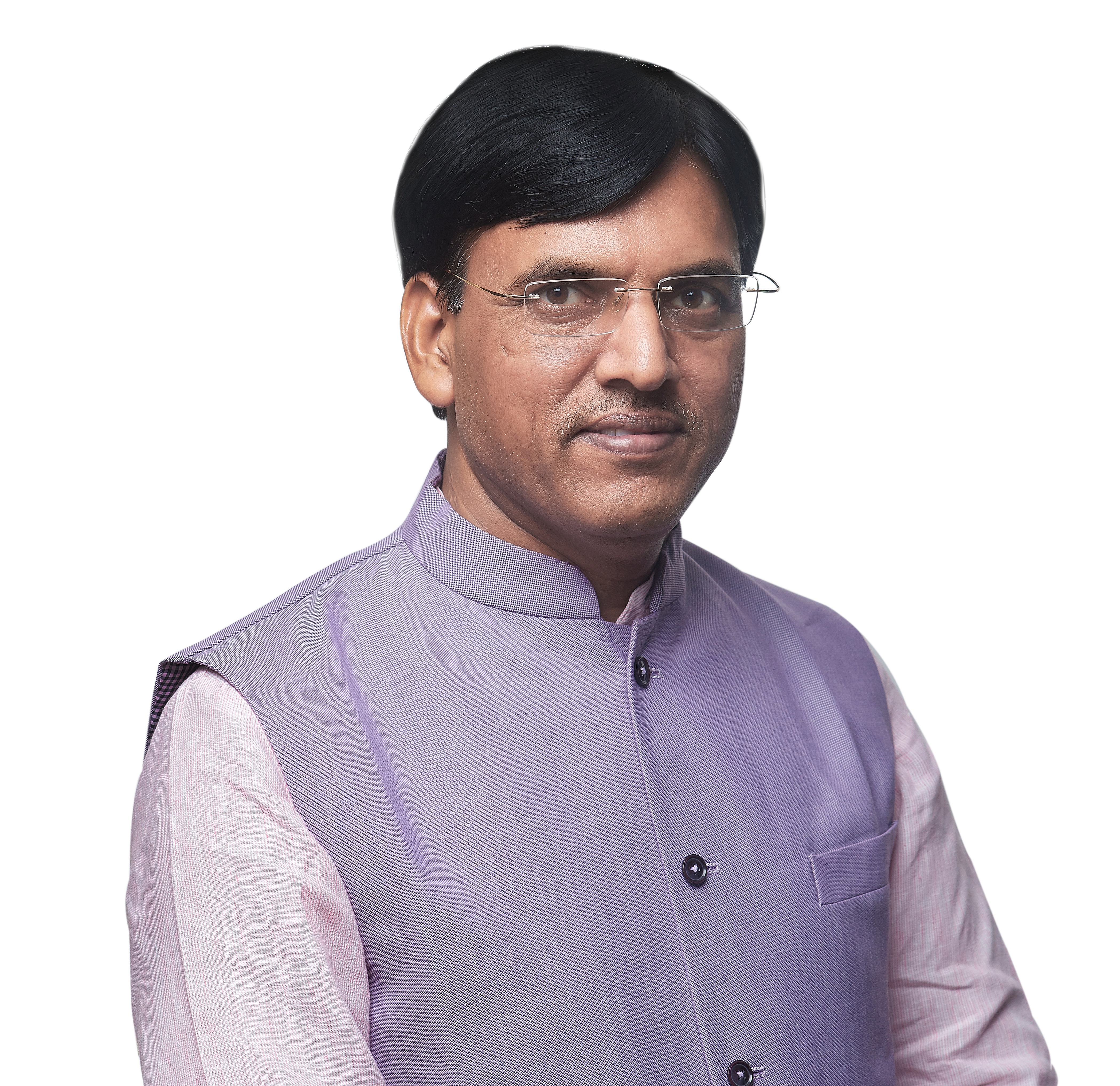 Mansukh Mandaviya is the Minister of State for Shipping (Independent Charge) and Chemical and Fertilizers in the Government of India.

He is also a Rajya Sabha member from Gujarat and is a believer of the utmost simplicity. He is known for his Padayatras. He has done Three Padayatras where he covers long distances on foot for a noble cause connecting villages and spreading awareness.

His contribution to serving the nation can also be seen in his active participation in Pradhan Mantri Bharatiya Jan Aushadhi Pariyojana (PMBJP). He was recently honored by UNICEF and others for his contribution to women’s menstrual hygiene.

He is well known for his intellect and thoughtful leadership, which he often exhibits in his speeches. In 2015, he was selected to represent India at the United Nations where he spoke about the ‘2030 Agenda for Sustainable Development’. To implement simplicity in his professional life, he cycles to the Parliament during sessions.

Mansukh Mandavaiya was born on 1-06-1972 in a small village named Hanol in Palitana Taluka of the Bhavnagar district of Gujarat State. Born to a middle-class farmer family, he is the youngest amongst 4 brothers. He finished his primary education in Government Primary School, Hanol after which he completed his high school studies from Songadh Gurukul.

He completed his MA in Political Science from Bhavnagar University. Mandaviya took a keen interest in serving the people of his country since his youth. In 1992, at the age of 20, he became a member of Akhil Bharatiya Vidyarthi Parishad and with his organization skills, he soon became State Executive Member of Akhil Bharatiya Vidhyarthi Parishad, Gujarat.

Mansukh Mandaviya is currently the Minister of State (Independent Charge) for Shipping and Chemicals & Fertilizers. He is Rajya Sabha Member from Gujarat. Owing to his intellect, skills, and zeal to work hard he started his political career as a leader of Yuva Morcha followed by the President of Palitana BJP unit. He also holds a record of being one of the youngest MLA in Gujarat.

Mandaviya spearheaded his career in politics in the year 2002 where he fought the Palitana Constituency and became one of the youngest MLA in Gujarat. Being an MLA, in the year 2004, he organized a 123 Km long Padyatra, titled “Kanya Kelavani Jyot Padyatra” covering 38 educational backward villages of his constituency. Taking this initiative forward, in 2006 he organized a 127 km Padyatra connecting 44 villages of his constituency with the title “Beti Bachao-Beti Padhao, Vyasan Hatao”.

As a chairman, Mandaviya took innovative measures like building an E-Radiation treatment plant at Bavla, which was the First Government Facility. He also built a Poha (Flattened Rice) plant at Navsari and a modern banana packhouse at Achaliya (Bharuch). He was the pioneer for establishing 10,000 household Bio-Gas plants in the entire Gujarat.

During his first tenure, Mandaviya raised 448 Parliamentary questions out of which assurances were given in 86 by the Government. Along with this, 14 Private Member Bills and 30 special mentions were also made. Throughout his tenure as Member of Parliament, he has been a part of various important Standing and Consultative committees, namely ‘Petroleum and Natural Gas’, ‘Chemical & Fertilizer Industries’, ‘Environment, Forest & Climate Change’, ‘Textiles’, ‘Select Committee for Real Estate Bill-2015’.

He has been a driving force for the implementation of “Pradhan Mantri Bhartiya Jan Aushadhi Pariyojana” which has seen a rapid increase in the number of PMBJP Kendras from 347 to more than 5200 (Figure – March 2019). With his decisive and bold leadership, he has helped to increase the per day road construction speed, decreasing the cost of Urea and other fertilizers, establishing more than 5200 Jan Aushadhi stores to provide more than 850 medicines at affordable rates, and reducing the cost of ‘Heart Stent’ and ‘Knee Implants’. Mandaviya has also been a dedicated supporter of the “Swachh Bharat Abhiyan”. He has led the Swachh Bharat Campaign in all his Ministries, subordinate offices, and public sector undertakings under his administrative control and has also participated in many cleanliness campaigns during his visit to different parts of the country.

He has been a part of various delegations, twice with the President, and once with Vice President to sign MOUs and develop bilateral relations with other Nations. In the Asian Continent, he has visited China, Israel, Oman, Nepal, Dubai, Uzbekistan, and Bangladesh. He also visited European countries like England, Germany, Hungary, Liechtenstein, Austria, Switzerland & France; South American countries like Brazil & Argentina. He has visited many countries of Africa like Kenya, Uganda, Tanzania, Rwanda, Algeria, Equatorial Guinea, Swaziland, and Zambia. In an Oceania Region, Shri Mandaviya visited New Zealand, Tonga, Fiji, and Australia. 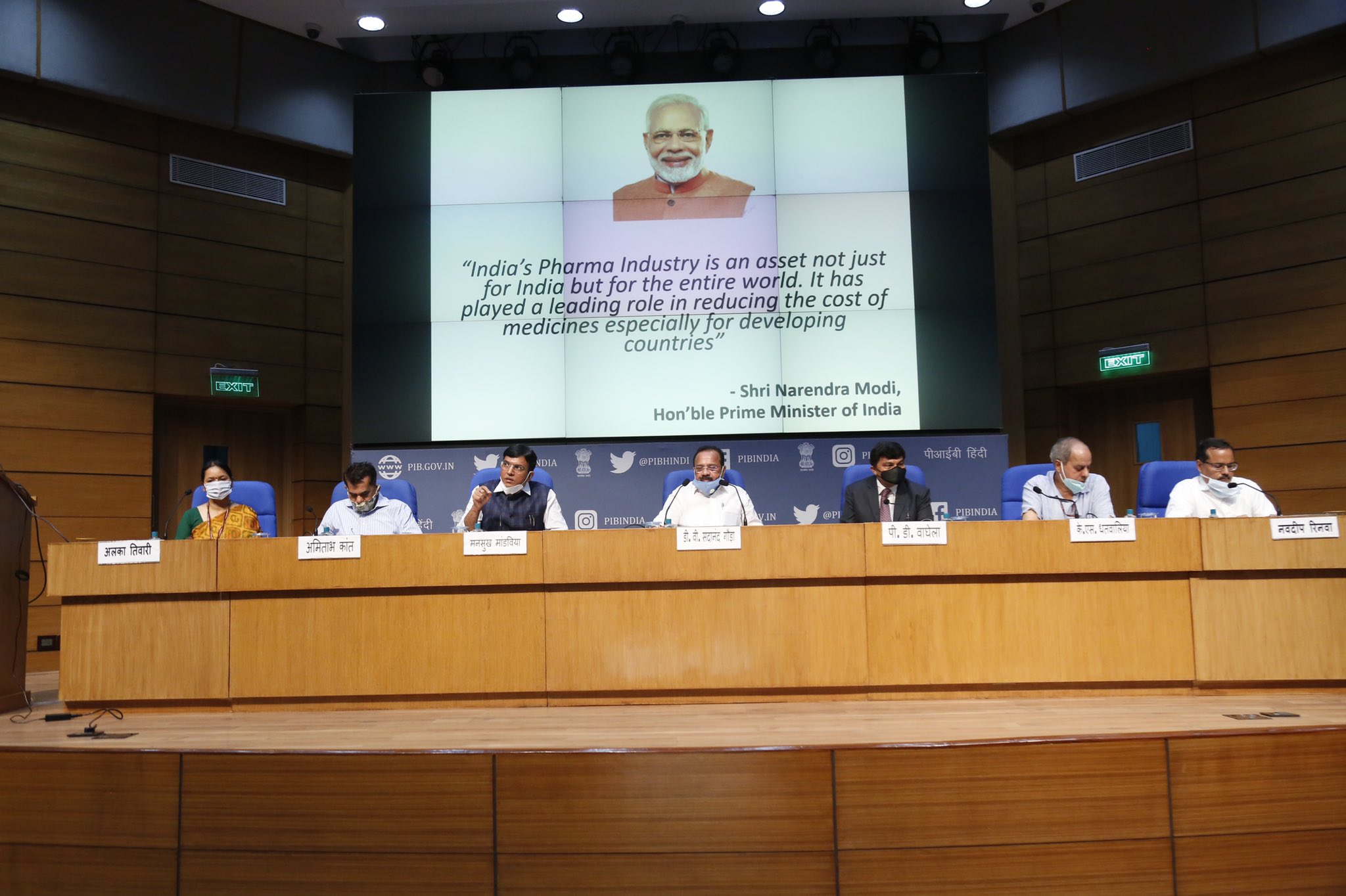 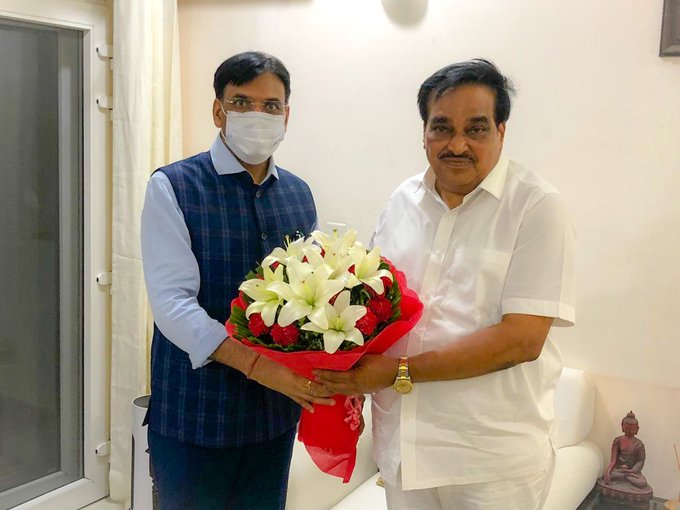 It was great meeting Shri C R Patil Ji and congratulated him on his new responsibility as president of BJP4Gujarat. 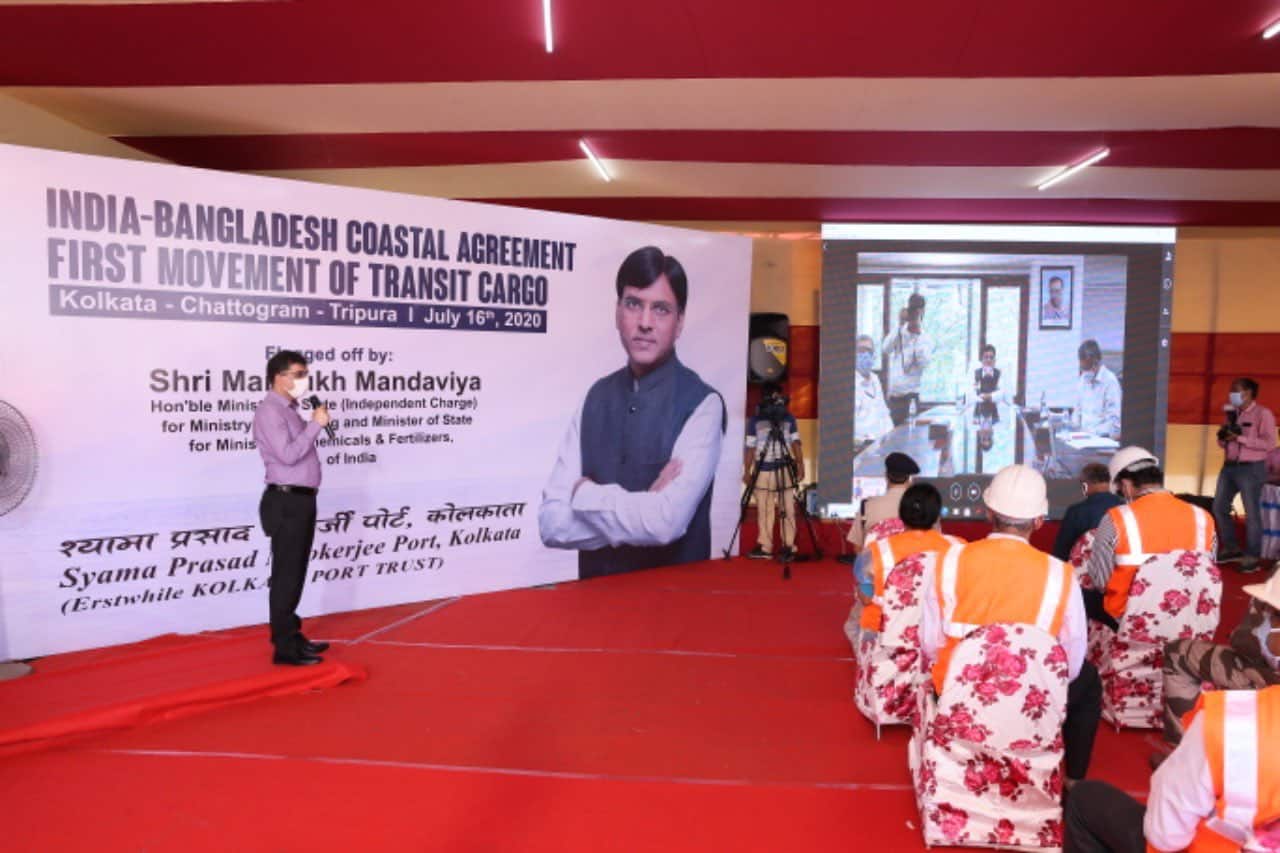 The big breakthrough in the development and connectivity of North East India! The new route will reduce the time and logistics cost for cargo movement. It will increase economic activities, employment and will bring prosperity to India as well as Bangladesh

PadYatra – On the Path of the Gandhian Valu 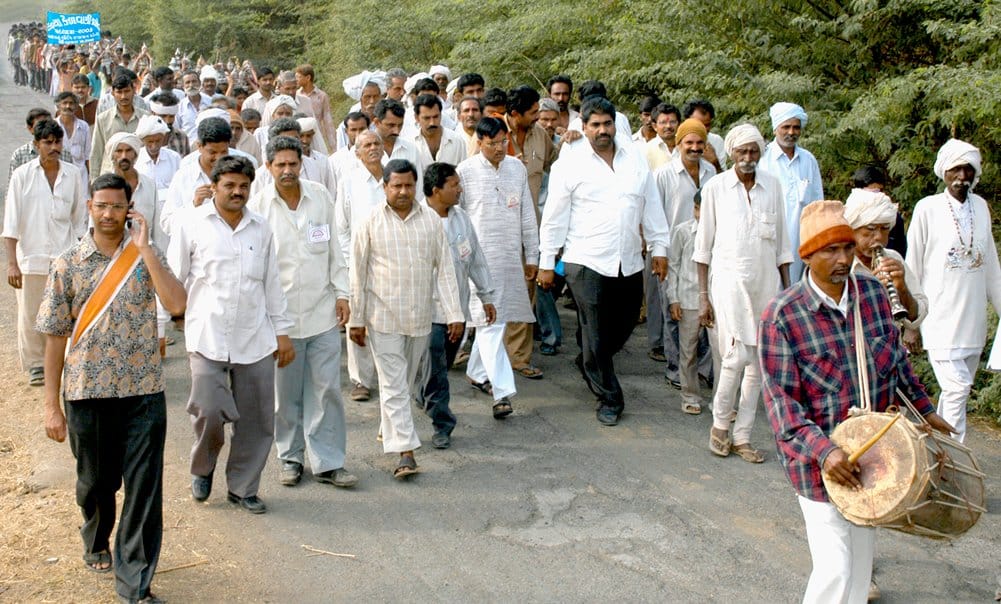 This Padyatra started from Mota Choradiya of Gariyadhar Taluka of Bhavnagar District. It was a 127 Kilometers long Padyatra passing through 44 villages. Thousands of people joined this Padyatra and all of them took an oath for saving girl children, educating them, and leaving any bad addiction like smoking, drinking, betting, etc.

of the Palitana BJP unit.

for Palitana, Youngest MLA in Gujarat

of State for Chemicals & Fertilizers

of State for Ports, Shipping and Waterways