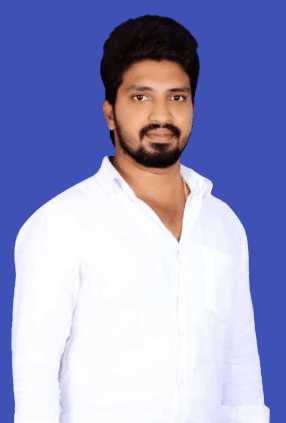 On the 10th of January 1993, Hemanth Kumar was born to the couple Mr.Madadha Parameshwar Rao and Mrs. Madadha Thirumala Satya Kumari and resided in the village Danavaipeta.

In the year 2008, Hemanth Kumar obtained his SSC Standard from Durga Prasad public School located at Kakinada. He completed his Intermediate course at Narayana Junior College at Kakinada in the year 2010.

In 2014 he Acquired his graduation in Engineering from Adithya Engineering College, Surampalem.

In the year 2019, Hemanth Kumar was drawn into politics through the Yuvajana Shramika Rythu Congress Party (YSRCP) to address the people’s political requirements while also presenting a modest service.

As a part of YSRCP, Hemanth Kumar expresses keen interest and performs every activity as a Party Activist by discharging his duties with a code of conduct and also for the recognition of the respective party.

His sense of Service was exposed by being appointed as the Youth Leader of Danavaipeta for his work in the year 2019 and provided services by continuing his duties and serving people all the way.

Having shown an unwavering commitment he was elected as Sarpanch of Danavaipeta in Andhra Pradesh in 2021 for his selfless efforts on behalf of those who sought his aid.

In the year 2022, Hemanth Kumar was elected as YSRCP Samanvia Committee Member and has been constantly working for the people, thinking about their welfare, and gaining immense admiration from the people.

During his reign, many development activities have been implemented such as laying roads that were neglected for 40 years.

He provided support for the construction of community buildings.

During the first and second waves of Corona, he provided financial and humanitarian assistance to people who were affected by the lockdown.

During the crisis, and acted with compassion, assisting those in need and extending further support to those who had been affected by the lockdown.

He provided the Ration Rice in Panchyat and also distributed the rice.

He assisted the impoverished by providing masks, hand sanitizers, food, and Carona Kits as well as financial support and also sanitization done in the village under his supervision.

Hemanth Kumar snuck across to help those who had been impacted by the lockdown by distributing veggies and fruits to communities, the homeless, and Municipality workers according to the established protocols.

A gathering was organized to raise awareness about social distance and the need of adopting preventative measures to prevent the Corona Epidemic from spreading.