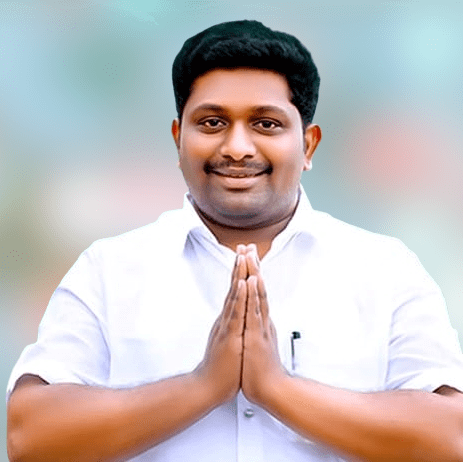 Kunche Venkata Ramana Rao is an Indian Politician of YSRCP as a Youth Leader and Founder and Chairperson of Good Seed Foundation in Amalapuram, East Godavari District.

On the 15th of December 1981, Venkata Ramana Rao was born to the Couple Mr. Kunche Venkateshwara Rao and Mrs. Kunche Satyavathi in the Village of Challapalli in Uppalagupetam Mandal of East Godavari District in the Indian State of Andhra Pradesh.

In the year 2000, he acquired his Secondary Board of Education from Zilla Parishad High School located at Ramulapalem and completed his Diploma of Polytechnic at Guntur in 2003.

He attained his Graduation of B.Tech from SVM Engineering College at Rajasthan in 2007 and obtained a Diploma in Mechanical Engineering and Business Management.

As he proceeded to gratify his functions and responsibilities, Ramana Rao developed into a professional by proportionately establishing a successful business of his own in the areas of Construction as the Uday Infra Projects Private Limited at Amalapuram and being serving as the Chairman and Managing Director and Managing Director of Great India Live.com by simultaneously balancing the multiple tasks in meeting the needs of people. Since he began, he has managed his family responsibilities concurrently.

Following the continuation of his education, he entered the workforce in the year 1999 as a mechanical engineer, started working under labor contracts, and proved his worth in the following year, 2011.

Since 2015, he has been accountable for the inception of UIPPL and has proceeded to handle reputable projects. In the years that followed, he concluded a variety of residential and commercial complexes, therefore turning UIPPL into one of the most sought-after companies in the industry.

In the year 2017, he was successful in completing Pipeline Projects in more than Six States, in addition to a variety of Road Construction Projects that he Undertook and Successfully Completed.

In 2019, he has taken on projects related to educational institutions, hotels, malls, hospitals, and luxury villas. He is also working on some of these other types of buildings. Additionally, he became involved in enormous projects such as pre-engineered structures, power plants, and solar power projects.

Ramana Rao entered politics with a passion to serve the people by joining the Yuvajana Sramika Rythu Congress Party(YSRCP) in 2012 and worked as an Active Member for a few years by discharging his duties with a code of conduct. As being a part of YSRCP, Ramana Rao express keen interest and performs every activity for the recognition of the respective party.

Because of his commitment, enthusiasm, and selflessness on behalf of the people of the state and the requirements of the people in the state, In the year 2012, Ramana Rao was given the position of “Constituency Leader” of Amalapuram by doing his part to mitigate the difficulties experienced by people.

Ramana Rao extended his service and work by accepting the position of District Chairman of All India Panchayati Parishad of East Godavari in 2020 to look after the people and the issues they are facing and served with the assigned position and by providing services to the people by satisfying the needs of everyone.

He often designated as the National Human Rights Commission And Social Justice AP State Chairman to look after the issues between the society and the people.

Ramana Rao has served conscientiously for the prosperity of the people from the party’s inception to the present day as a Youth Leader of YRSCP, consistently aspiring for the party’s and society’s advancement, and performing desperate service to society and for the goodness of the people.

Beginning at a young age, Ramana Rao had a passion for working in the public service and has been accustomed to service since childhood. He also conducted many service programs in the Village.

With the sole idea of helping the poor in all possible ways, Ramana Rao has established a Foundation called Good Seed Foundation and served as the Founder&Chairman of the respective foundation to serve the people in all ways by leading himself when they were in difficulty and his pure sense of humor turned him as a great man with humanity. 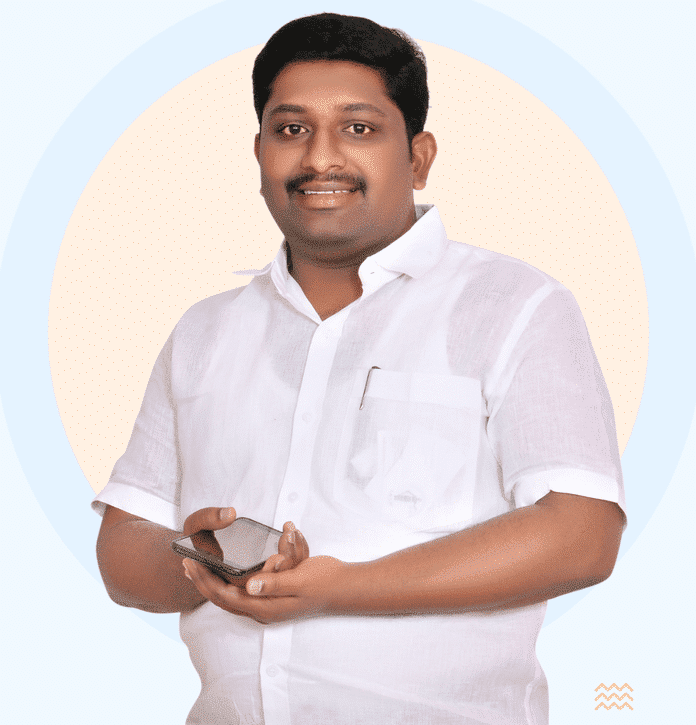 Kunche’s Beleif: “As we lose ourselves in the service of others, we discover our own lives and our own happiness. .”

At an early age, I was exposed to Dr. B.R. Ambedkar and was greatly influenced by him. My personality was changed by his ideals on equality, liberty, and fraternity throughout my early years.

I was captivated to his idea of eradicating caste from our country since I was a child when people still held Dalits in low esteem. By instituting reserves, he offered all the downtrodden groups a new lease on life. I was completely enamoured with his beliefs, and I started living my life in accordance with them. Because it may enable our Dalits escape the darkness and begin their journey toward liberation, I devote my life to learning, teaching, and influencing others to embrace Ambedkar’s philosophy.

In my neighbourhood, I focused on eradicating the problems of drunkenness, illiteracy, and domestic violence, all of which are big roadblocks to progress. I strongly believe that one of the most precious gifts parents can give their children is the gift of education. For this reason, I’ve adopted a number of schools in my district and provided free food, clothing, and health care so that students may continue their education without interruption. We provide free medical care and medications to the impoverished and underprivileged via our health camps. People who lost their homes through natural catastrophes like cyclones and fire mishaps are also receiving refuge from me.

To paraphrase Babasaheb Bhimrao Ambedkar, I strongly believe in giving back to society. In my opinion, every individual can become a leader by taking the opportunity of others around him to serve the weaker sections in whatever way possible, adhering to the principles set forth by Babasaheb Ambedkar, and I strongly believe that everyone should begin doing social service to develop a sense of patriotism in their minds. For this reason, I try to inspire the people around me constantly by saying that we are indebted to the society. 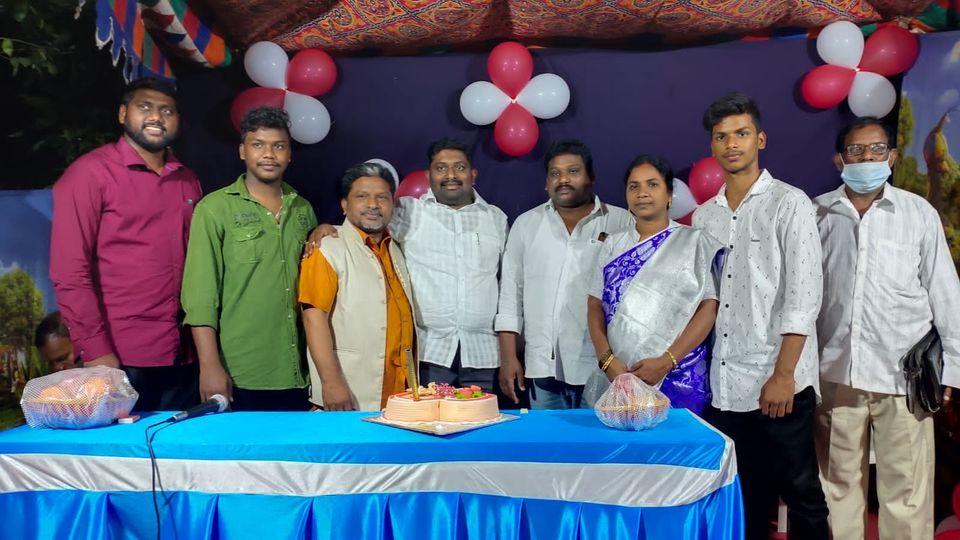 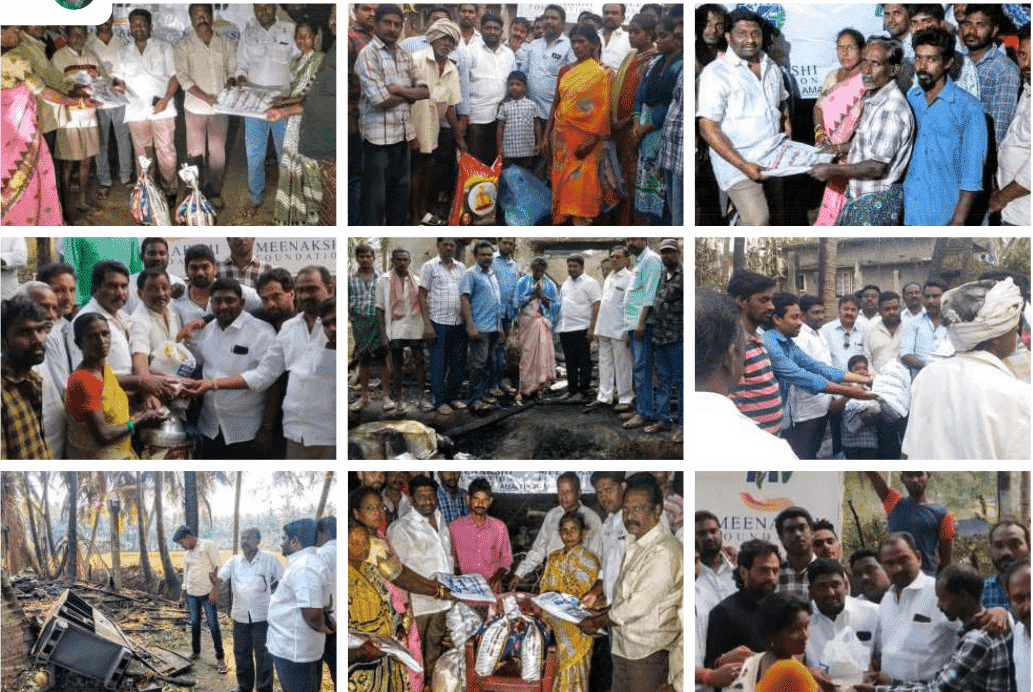 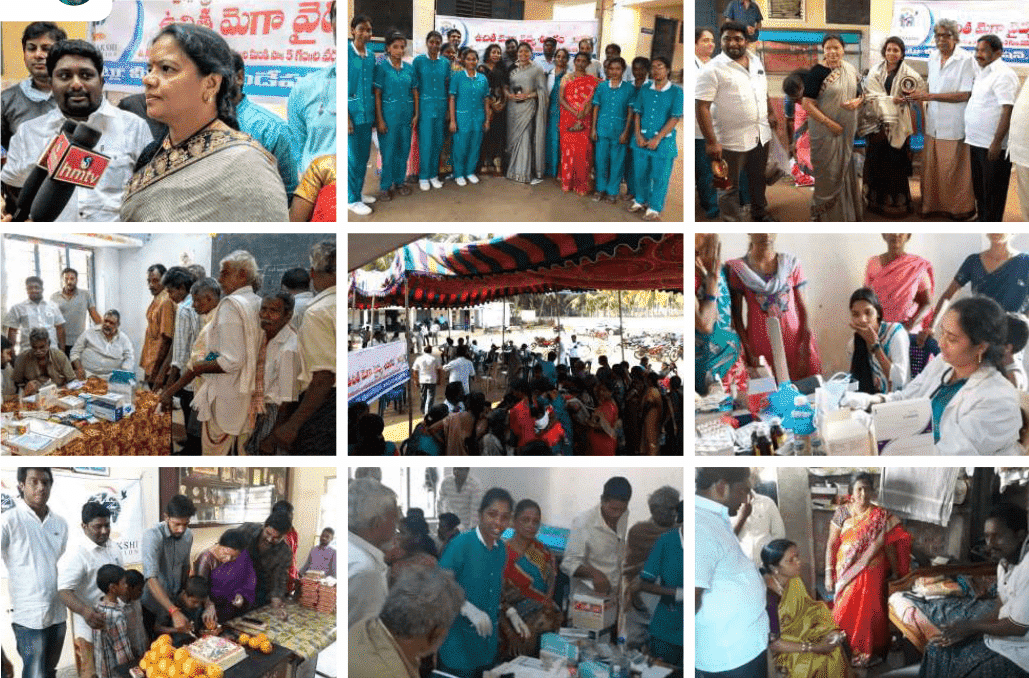 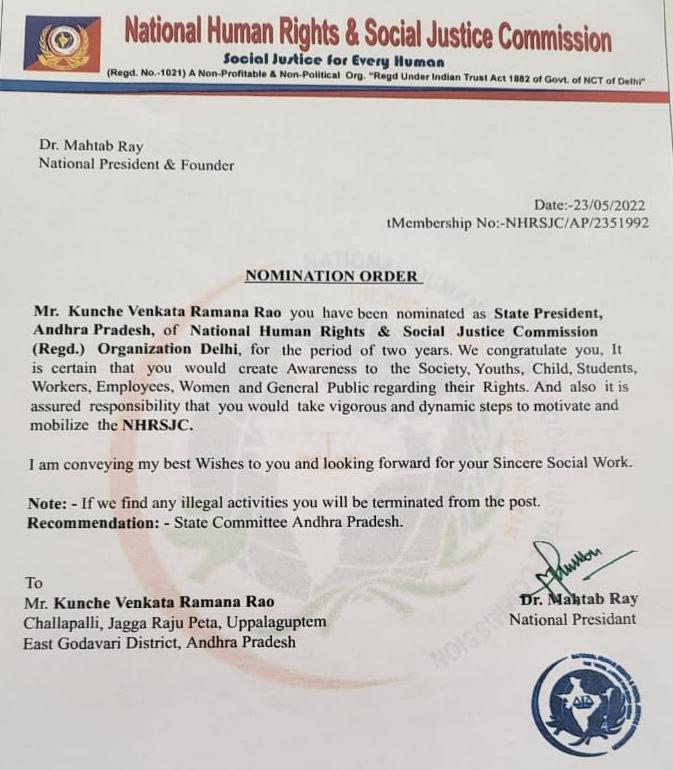 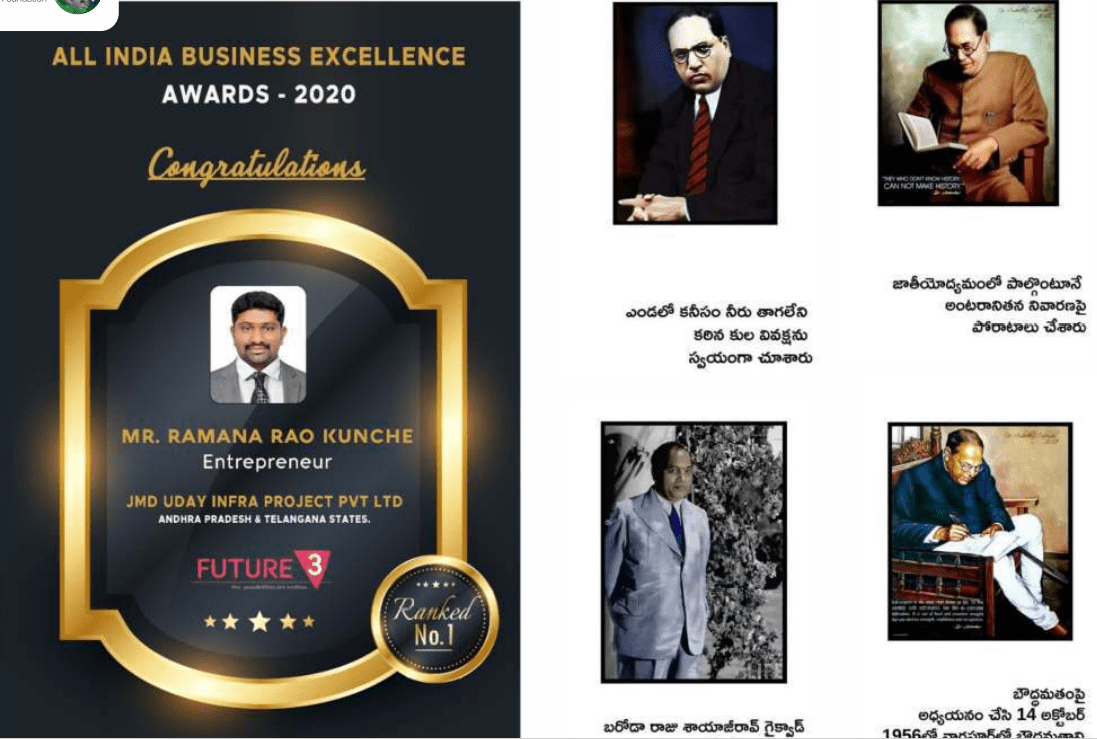 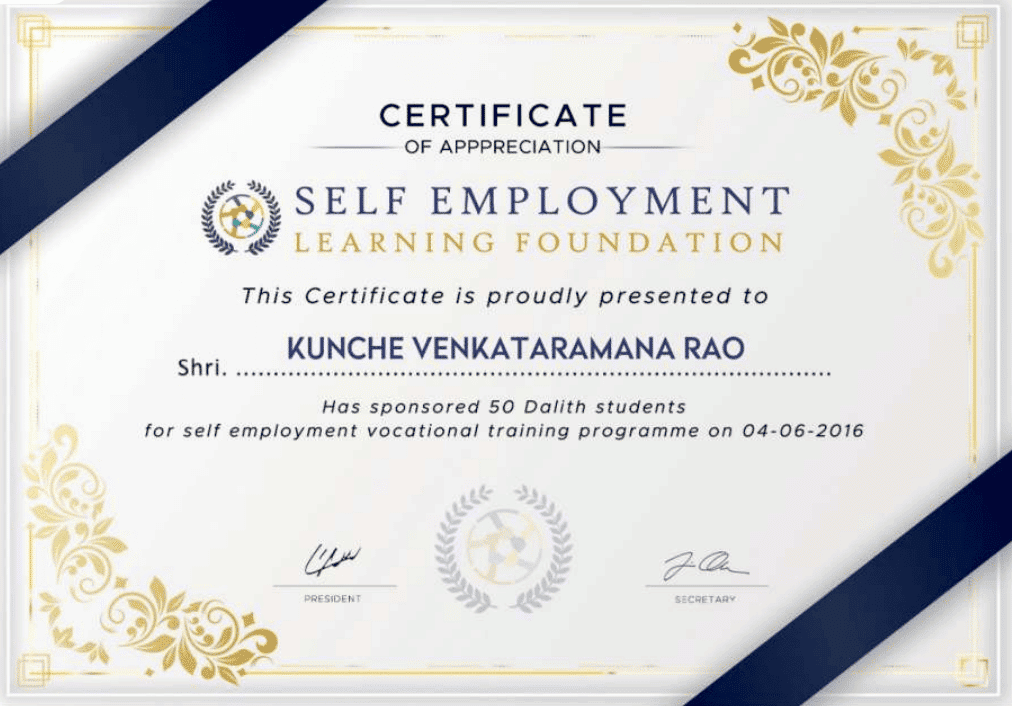 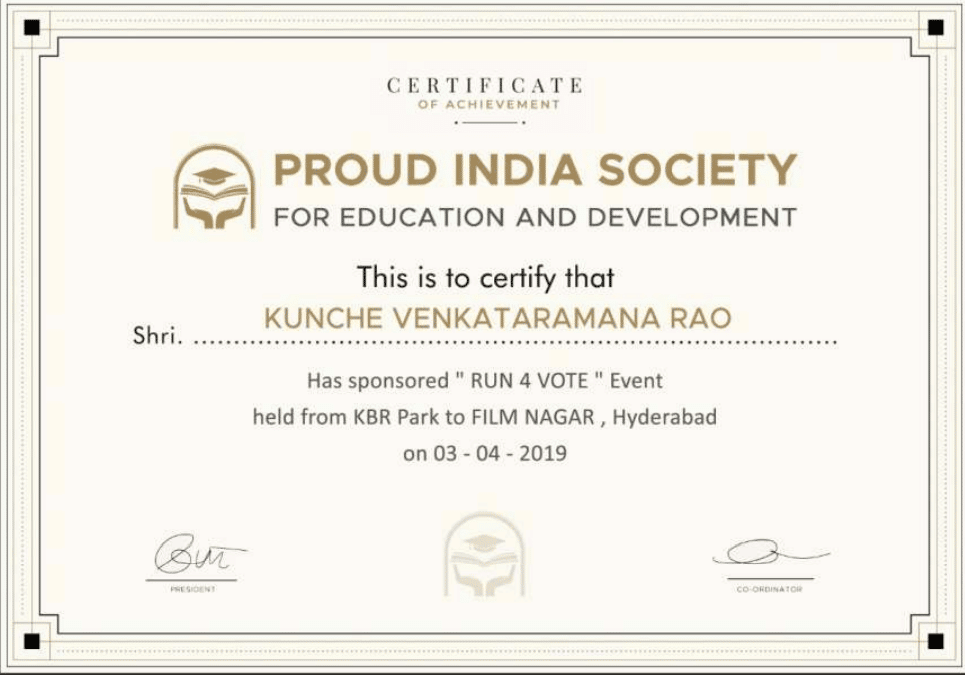 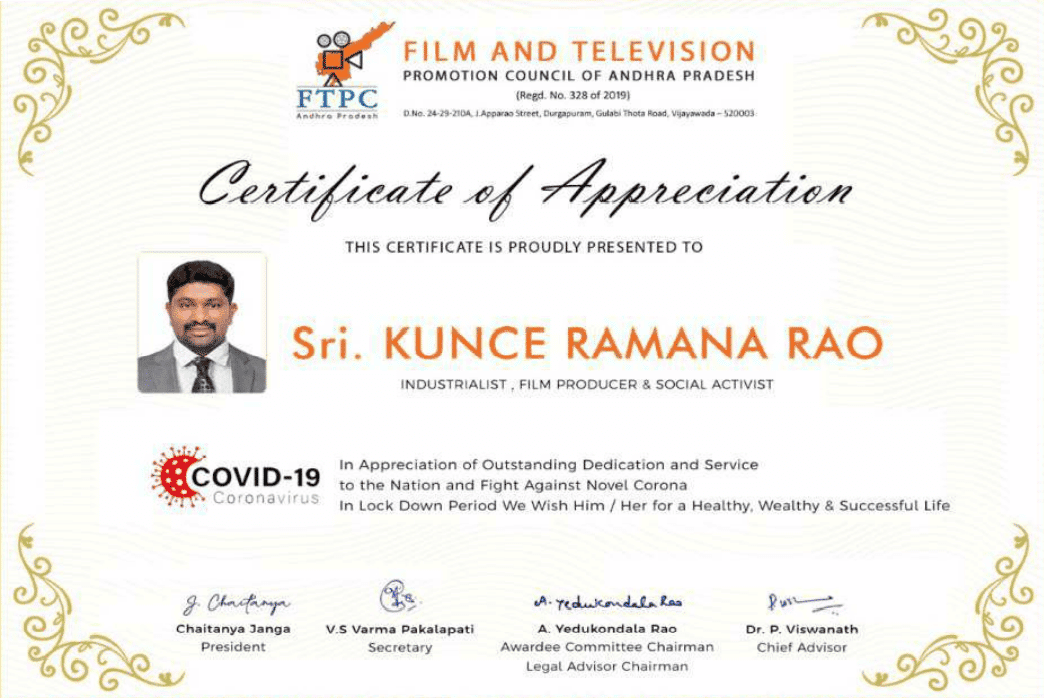 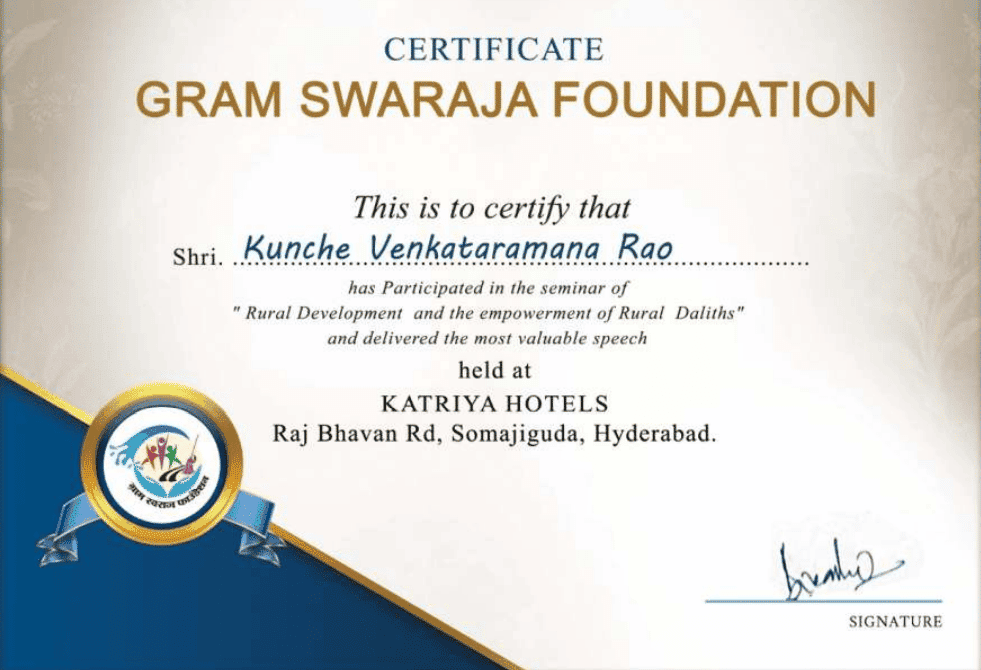 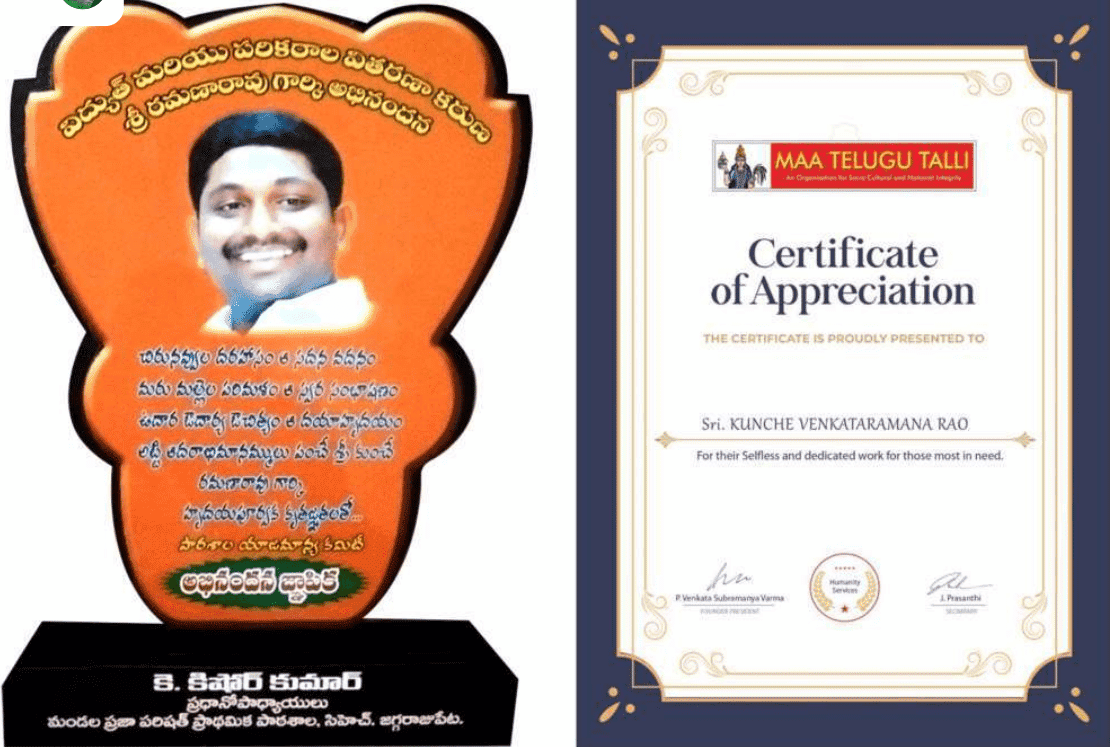 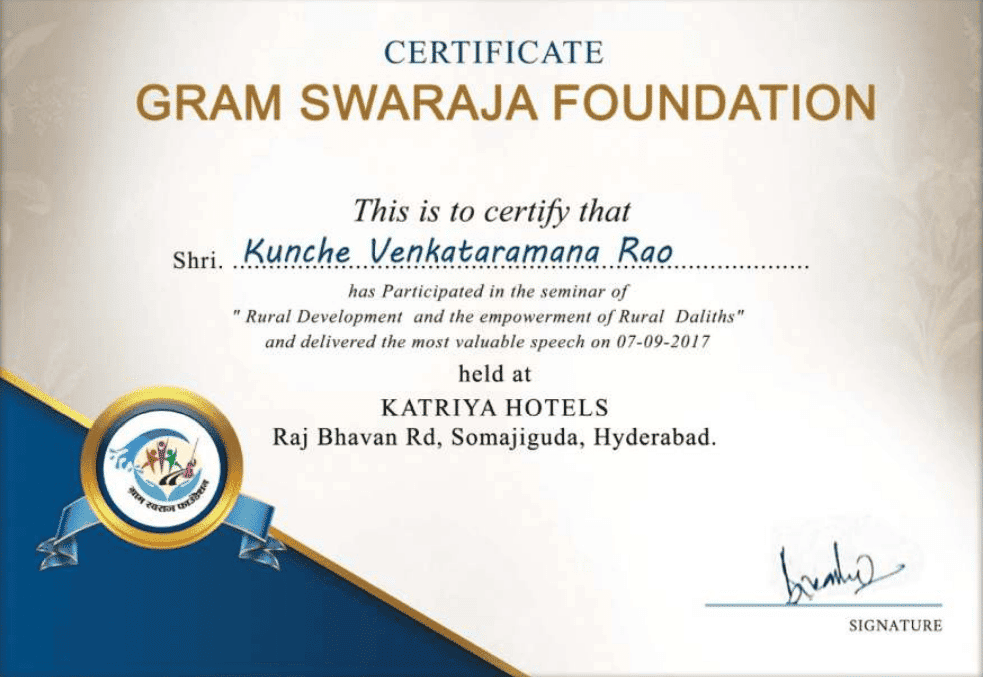 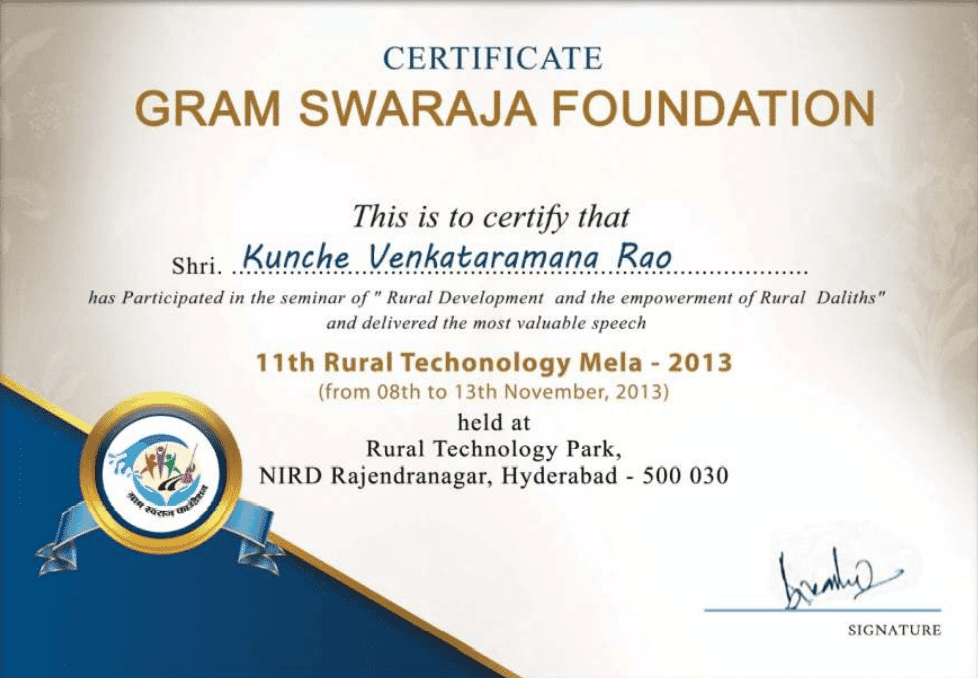 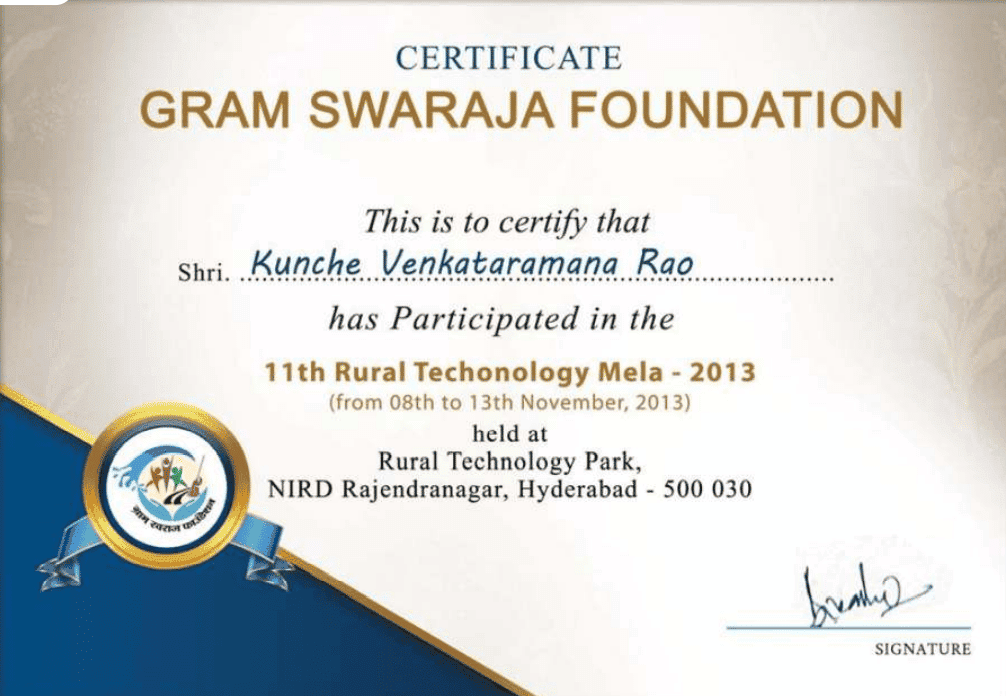 Services Rendered during the Pandemic