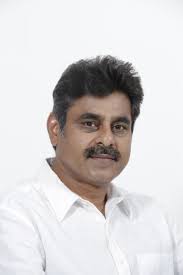 Konda Vishweshwar Reddy was the Member of Parliament(MP) to the 16th Lok Sabha from Chevella Constituency, Telangana. He was born on 26-02-1960 to Konda Madhava Reddy and Konda Jayalatha Reddy in Hyderabad. He completed a Bachelor’s in Electrical Engineering from the University of Madras, Guindy, Chennai in 1983. He worked as an adjunct faculty at New Jersey Institute of Technology, N.J., and Essex County College, Newark. He is married to Sangita Reddy, Managing Director, Apollo Hospitals. He has three sons Anindith, Vishwajith, and Viraj. He is an Engineer, Entrepreneur, and Politician.

His father was a Former Chief Justice of Andhra Pradesh and Maharashtra. His paternal grandfather was a Telangana freedom fighter and Deputy Chief Minister of Andhra Pradesh, Konda Venkata Ranga Reddy. Vishweshwar Reddy is a successful software entrepreneur, he founded Citadel Research & Solutions, a company involved in engineering research and development.

His involvement in various social work activities and his exposure to people from various walks of life have enthused him into serving the people of his region and reaching out to them. With extensive knowledge on the dynamics of the Telangana region, the injustice meted out to the people of the region in terms of irrigation, finance, socio-economic benefits, education, etc ., and as the founding Chairman of Progressive Telangana Foundation, he actively researches and participates in discussions through various forums on Telangana and its case and also presented it before the Justice Srikrishna Committee. Foregoing a promising career and profession, Shri. Konda Vishweshwar Reddy has dedicated himself to the people of Ranga Reddy district and his aim in life is to serve his people and do his bit in bettering their lives. Young, Committed, and Multi-faceted, he would be the right person to be the Modern -Age Indian Politician. 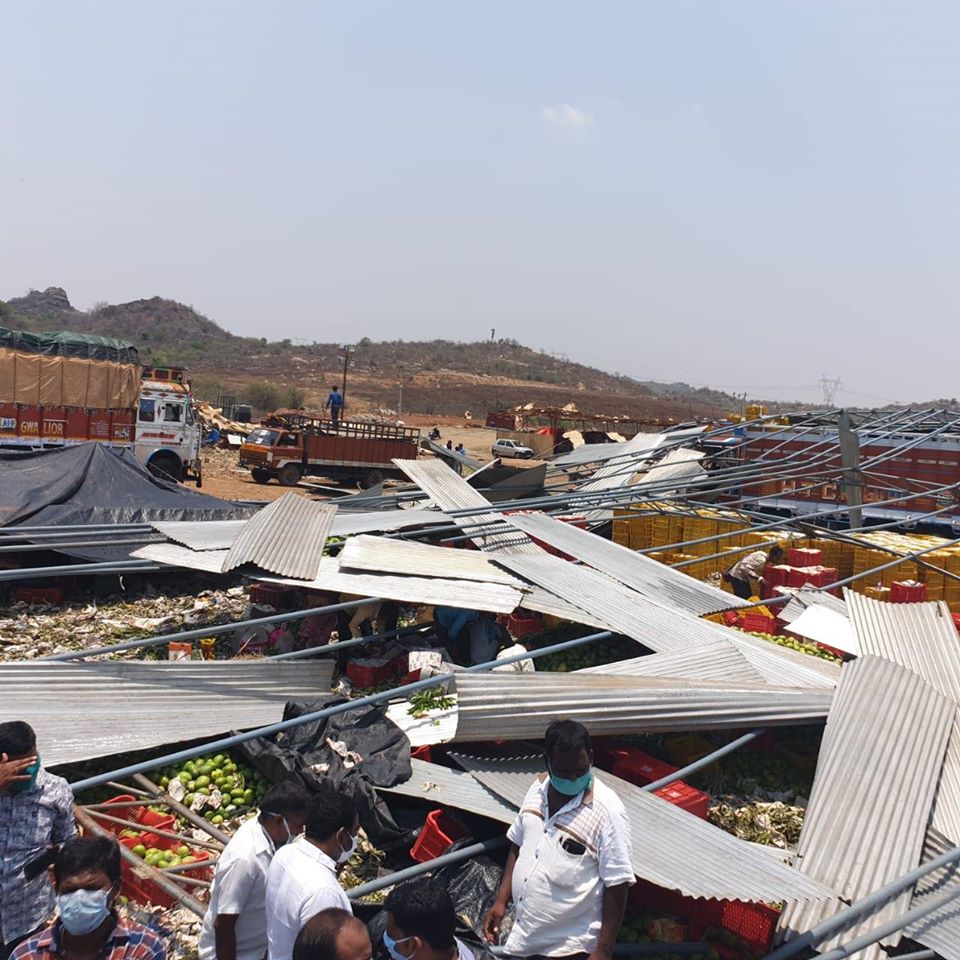 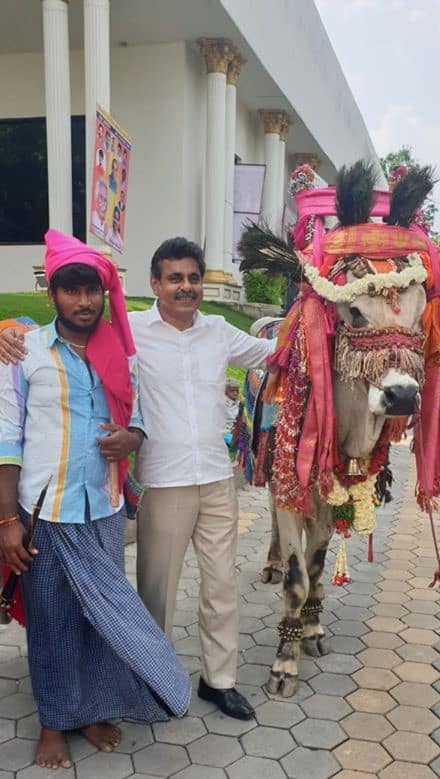 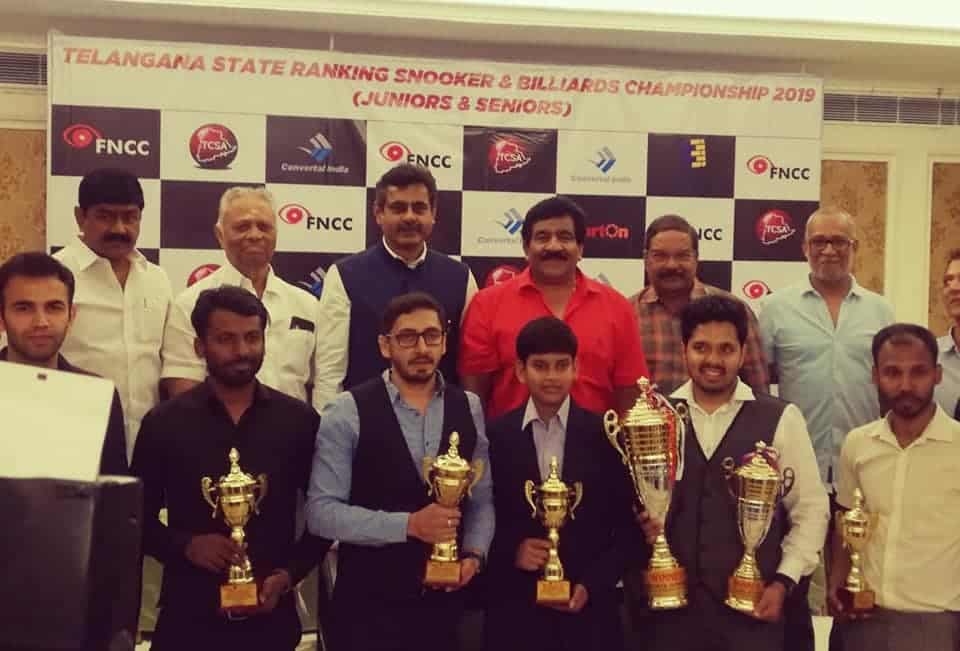 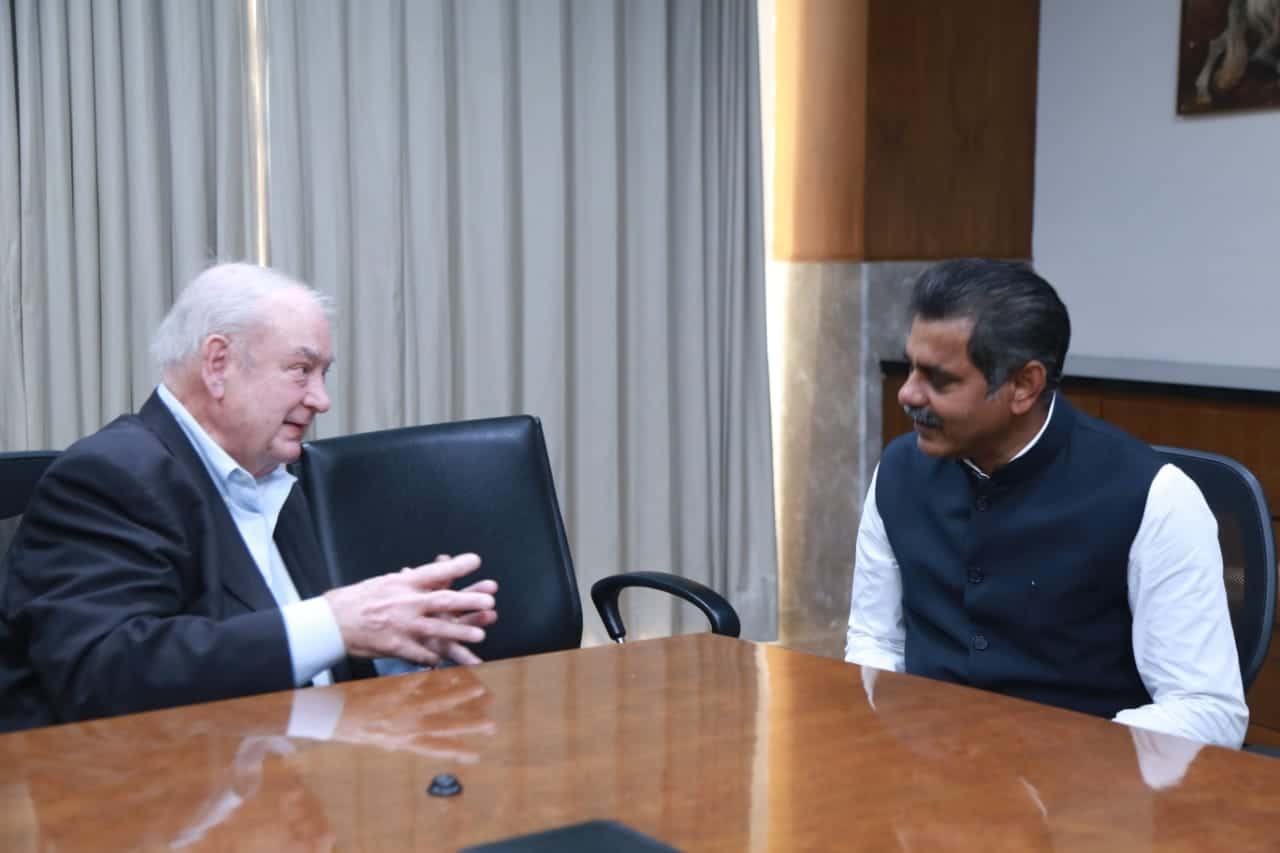 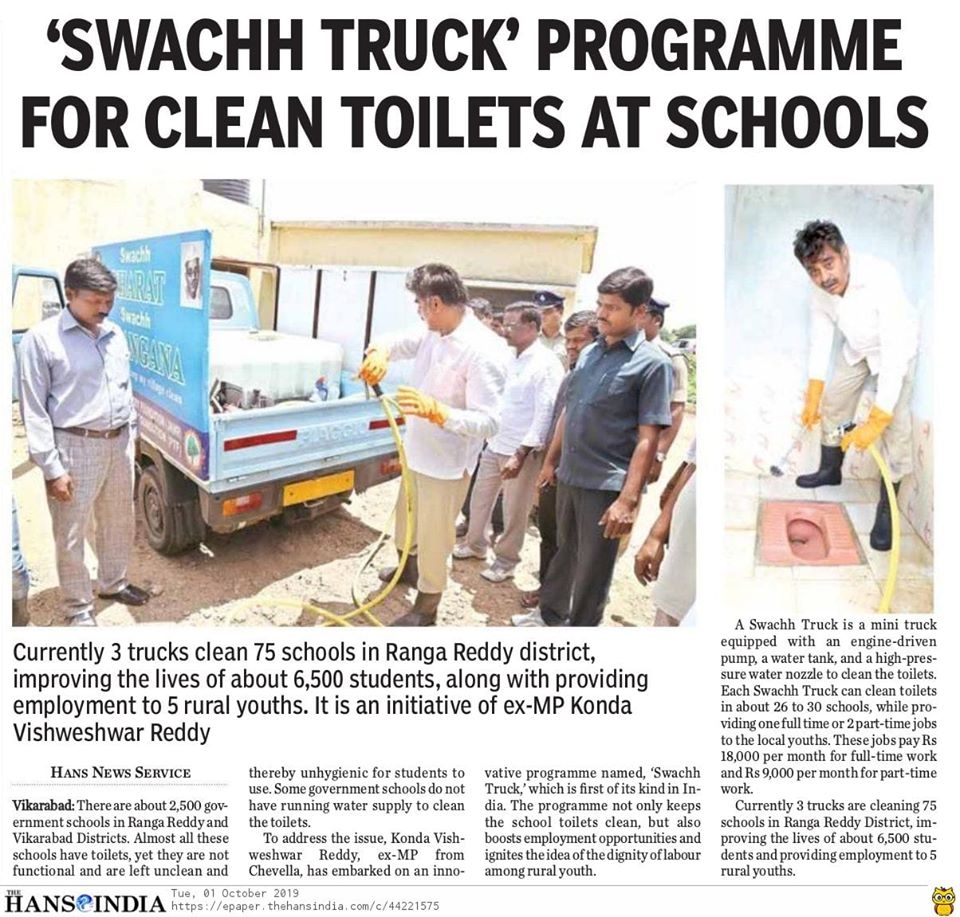 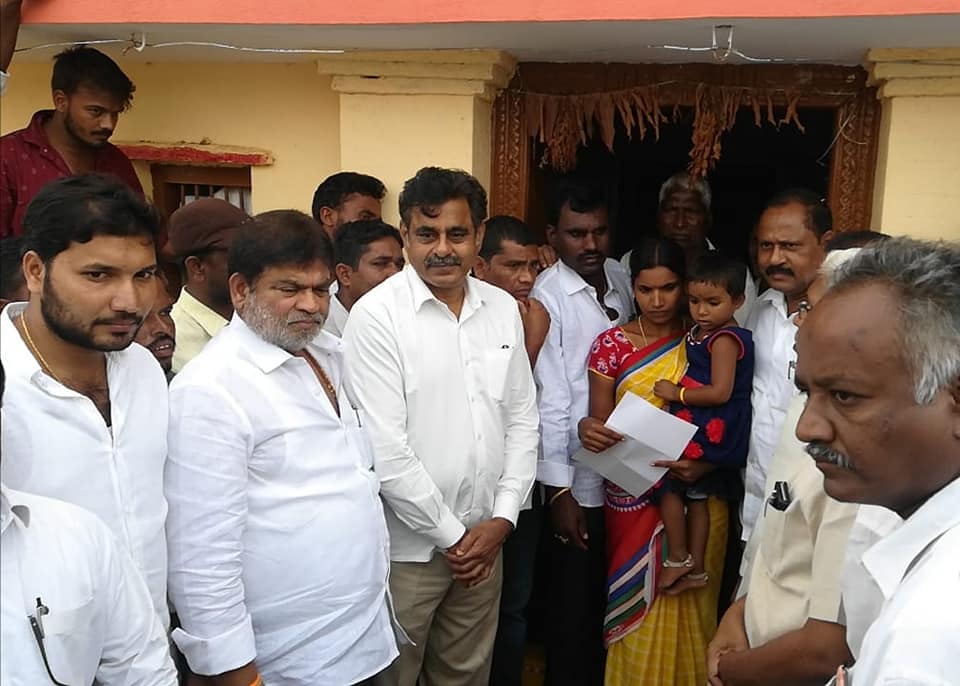 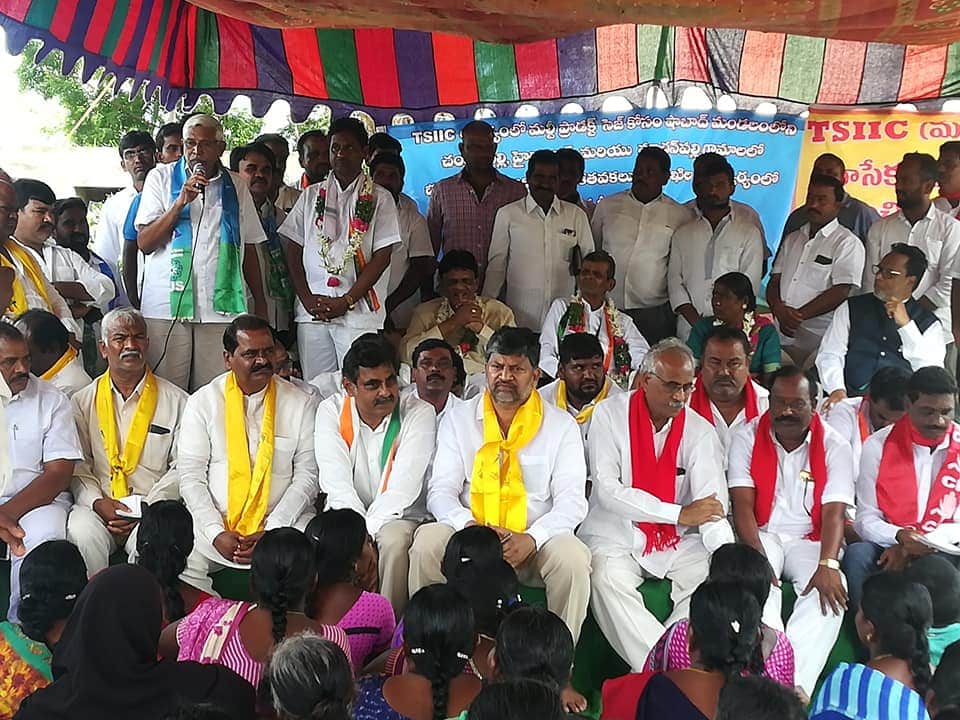 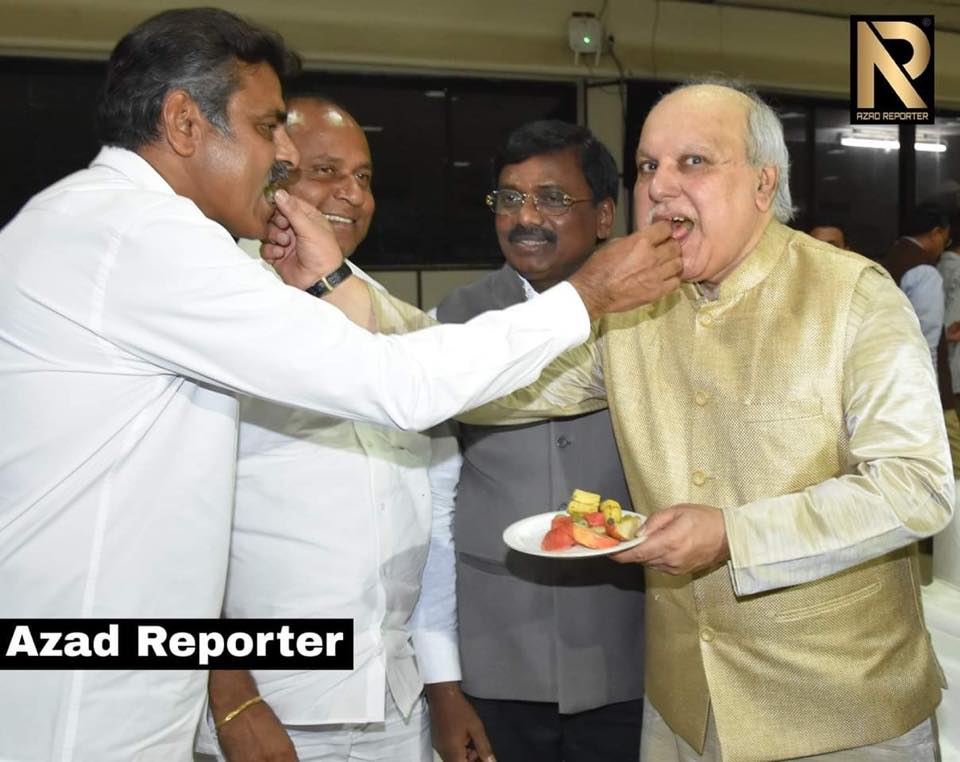 Hyderabad is the perfect example of the Ganga-Jamuna culture. Ramzan is celebrated in such high spirits with great vibrancy by every Hyderabadi across the city. As the holy month of Ramzan draws to an end soon, may god accept the fasts kept by all & grant the prayers made during this auspicious period. 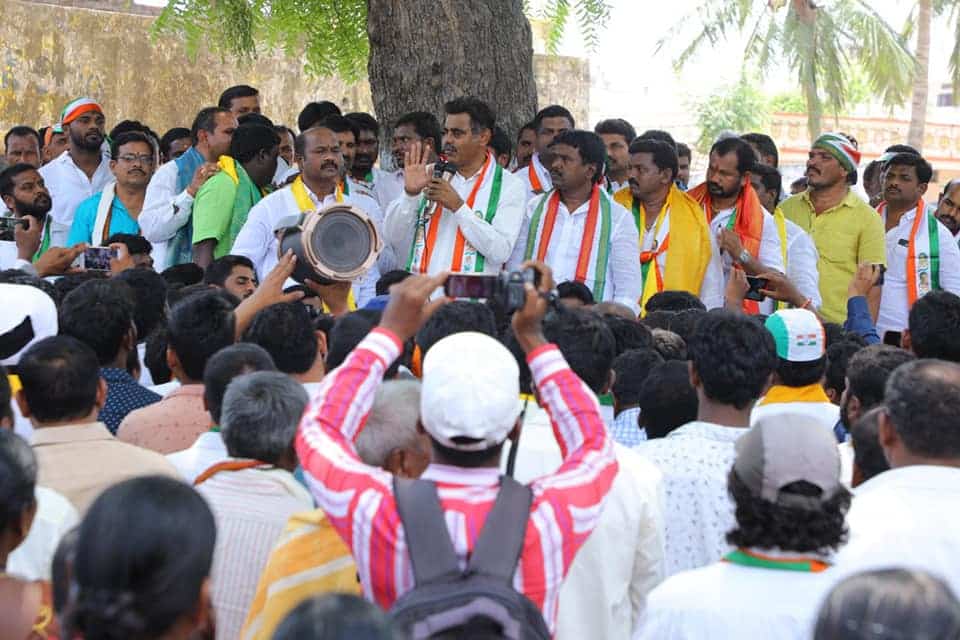 Bachelor’s in Electrical Engineering from the University of Madras, Guindy, Chennai

Worked as an adjunct faculty

of Citadel Research and Solutions, Ltd.

to the 16th Lok Sabha from Chevella Constituency, Telangana

of the Consultative Committee under the Ministry of Power and Ministry of New and Renewable Energy.

Joined in the Indian National Congress

of the Court of University, Hyderabad

KCR KTR believers,TRS leaders very very angry with this news- According to them farmers got water mainly because of KCR 1 lakh crs* Kaleshwaran Project

When the President of Ruling Party in Center comes to the State and openly says CM is involved in 40,000crs Scam, Right or Wrong it is big News

So let's see which Newspapers covered this News:

1) Namaste Telangana, Mana Telangana, Sakshi did not mention it anywhere

Detained by police along with Bollu Kishan at Begumpet, while I was on the way to Gandhi Hospital. pic.twitter.com/JIpnD4CvPq

Poor peoples houses and plots are demolished in Chevella Shankarpally, Janawada, Moinabad, Aziznagar, Shamshabad ... citing GO 111.
But wealth peoples swanky Farmhouses are protected by none other than Police & government.

Law should be same for everyone. pic.twitter.com/siWBANSRXD

Here is the video. pic.twitter.com/Mq0gXwAzJo

For Khabzadars the Lockdown provided a Great opportunity

For displacing poor people in GO 111 ares, it was a easy way eg. Tolkatta village.

The same KCR who used foul and filthy words against those were diverting water from Pothireddypadu project to Andhra, is now silent and looking the other way when Andhra govt is expanding the project to divert even more water to Andhra. pic.twitter.com/eDT95bYTiO