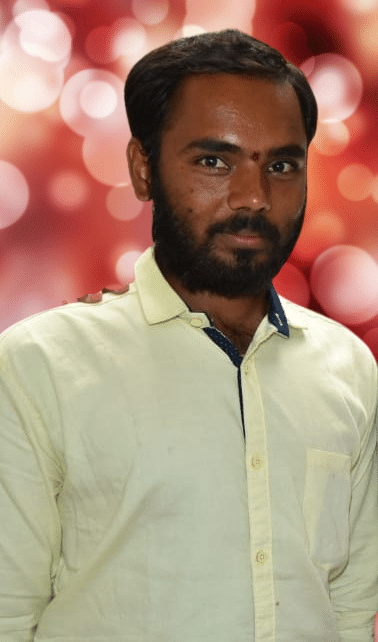 Kommu Mallikarjuna Chowdary is currently working as the ITDP Constituency Co-Convenor of Rajampet, Andhra Pradesh from the TDP.

He was born in Kadapa, Andhra Pradesh on 11 January 1999. His parents were Ramajalu & Ammanni.

He received his early education at ZP High School from Peddanapadu in 2014 and He attended Intermediate from Nalanda Junior College at Rajanpet.

Mallikarjuna Chowdary was drawn into politics in 2016 through the Telugu Desam Party (TDP), which is headed by N. Chandrababu Naidu, former Chief Minister of Andhra Pradesh.

Since the date of joining the Party, He has been working as an Active Member worked all day and involves in every organized Party meeting and works for the growth and development of the Party and Village.

In the same year, He was appointed as the Mandal President of CBN Army/ The Chandrababu Naidu Army of Veeravalli Mandal and worked in the position by doing his part to better society by carrying out his duties properly and following the rules and regulations of the party.

His constant attention and pure dedication towards the service made him promoted to the ITDP Constituency Co-Convenor in 2020 to promote the right perspective towards the need for holistic and sustainable development in people by doing his part to alleviate the hardships faced by the Students and people to date.

From running campaigns to managing social media, these groups of professionals do it all for the Chandrababu Naidu and Strengthen of Party.

Mallikarjuna said, ” We are all IT professionals and love Chandrababu Naidu. He has done so much in the field of technology and they want him back in power and, therefore, manage social media platforms and crowd in his show”

In-State of Andhra Pradesh, there are more than 8000 CBN Army members who make sure to maintain the image of Chandrababu Naidu and show him in good light.

And with the Lok Sabha polls nearing, the political battle between Naidu and Jagan Mohan Reddy has intensified. From fixing up the plan of shows to countering BJP and Jagan, the army has made modules and work out accordingly to it