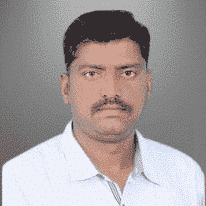 Kenchampalli Palakshi is an Indian Politician of the YSRCP party and Valmiki Corporation Director for Kenchampalli in the Indian State of Andhra Pradesh.

In 1994, Kenchampalli Palakshi Completed his secondary Board of education at Zilla Parishat High School in Bestharapalli from Andhra Pradesh.

Palakshi Obtained his intermediate education at Vivekanandha Junior College in Kalyandurgam in 1996.

In 2015, He completed his Graduation of Degree from Sri Government Degree College, located at Kalyandurgam, in the State of Andhra Pradesh.

In the year 2009, Kenchampalli Palakshi joined the Indian National Congress Party(INC). he has worked extensively for the success of the city, fully committed to the party’s and society’s prosperity and devoting passionate service to society via the roles given to him.

He exposed his leadership skills by serving as the INC Party Activist and working all the time comprehensively for the welfare of humankind. As a part of INC, Palakshi expressed keen interest and performed every activity for the recognition of the respective party.

In the year 2004, he worked as the Ration Shop Dealer in Kenchampalli by INC and Served the People for 4 Years up to 2014 in the same position. by discharging his duties with a code of conduct and also for the recognition of the respective party

His ongoing dedication and proper attention gained him the elected position of  YSRCP Youth Congress President from Kalyandurg in 2015. He has since served the welfare of society by carrying out his duties correctly and by the rules and regulations.

In 2020 he was appointed as the Valmiki Corporation Director through YSRCP and he was still in the same position and rendering his services to the people. 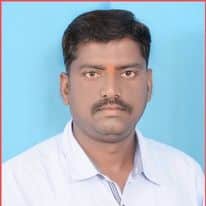 “Leadership is the art of giving people a platform for spreading ideas that work.”

“Outstanding leaders go out of their way to boost the self-esteem of their personnel. If people

believe in themselves, what they can accomplish is amazing.”