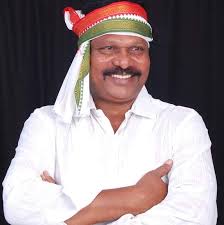 Katru Sudhakar Babu is the Chairman of S.T Dept of APCC and was Member of AICC(All India Congress Committee), State President of the AP Congress Committee & Incharge of Araku Parliament, Congress Party of Andhra Pradesh.

He was born on 01-09-1971 to Ramulu & Late Marry in Venkatanagaram Village of Addateegala Mandal of East Godavari. In 1997, He has completed his Post Graduation M.A Politics from Andhra University.

From 1985-1987, Sudhakar Babu was the State President of the Radical Student Union(RSU). Sudhakar went to the Underground because of False Propaganda and the attack of the Polices. At that time, He was worked as a Yellavaram Dala Commander and Incharge of Both States Andhra Pradesh & Odisha.

Later on, in 1992 Sudhakar Babu came to the Jana Jeevana Sravanthi due to crises. Sudhakar was strictly interrogated by an IPS officer for filing some Crimes. Subsequently, DGP & IPS officers allowed Sudhakar as an AP Police Department Constable.

From 1993-1998, Babu served as a Constable for AP Special Protection Force, 3rd Battalion in Kakinada. In 1998, Sudhakar was selected as a Sub-Inspector(RSI) of the Police Department in Andhra Pradesh.

In 1998, Sudhakar was awarded the Indian Police Medal(IPM) by Honorable President Dr, A.P.J Abdul Kalam in Delhi. From 1998-2004, Sudhakar served as A Sub-Inspector for Hyderabad Headquarters. Later on, Sudhakar resigns from SI Post Due to High pressures on him at work.

From 2004-2008, Sudhakar was farming on his 20 acres of Land in Venkatanagaram Village of Addateegala Mandal of East Godavari, Andhra Pradesh.

In 2008,  Sudhakar started his political journey with the Lok Satta Party under the Leadership of Jaya Prakash Narayana and he was given Post as a  Lok Satta District Vice-President of East Godavari. In 2009, Sudhakar contested as MLA, Rampachodavaram(ST) Assembly from Lok Satta Party defeated by 3000 votes against Congress Party.

From 2012-2014, Babu was State General Secretary of Pradesh Congress Committee(PCC), Andhra Pradesh. In 2014, He was the State ST Cell Chairman for Andhra Pradesh under the Leadership of PCC Raghuveera Reddy.

In 2015 till continuing, Sudhakar appointed as an AICC Member in Rahul Gandhi’s Team. He was elected as a State President of the AP Congress Committee. In 2019, Sudhakar was nominated as a Member of Parliament from Araku even Rahul Gandhi Given B-form but Sudhakar didn’t participate in General elections because of less Percentage of votes.

In 2019, Sudhakar was selected as an Incharge of Araku Parliament from the Congress Party and Chairman of S.T Department in Andhra Pradesh Congress Committee

In the Presence of IAS officers, Sudhakar Fought for Tribal people’s lands and after discussion with 7 IAS Member for Government has issued 40,000 Hectors Land of Forest rights in AOB(AP & Odisha) Areas. This credit goes to the Sudhakar Babu in issuing this land to the Tribal.

Sudhakar Participated in State Bi-Furcation Movement. Sudhakar fought for Tribal Schedules that the tribal areas of the 4 states would be affected by the construction of the Polavaram project.

Katru Sudhakar babu was Married in 1998, he has 2 daughters and he lives in Venkatanagaram Village of Addateegala Mandal, East Godavari. 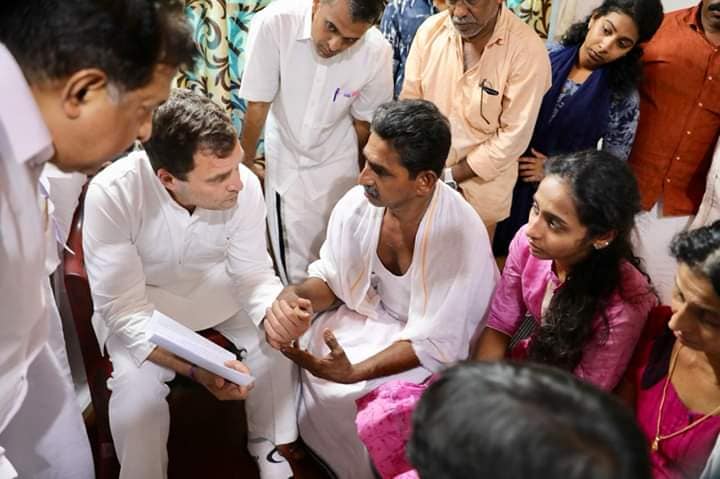 Congress President Rahul Gandhi visits the families of the Late Sarath Lal & Kripesh, to pay his respects & condole with their loved ones. Both were members of the Indian Youth Congress who were brutally murdered last month. 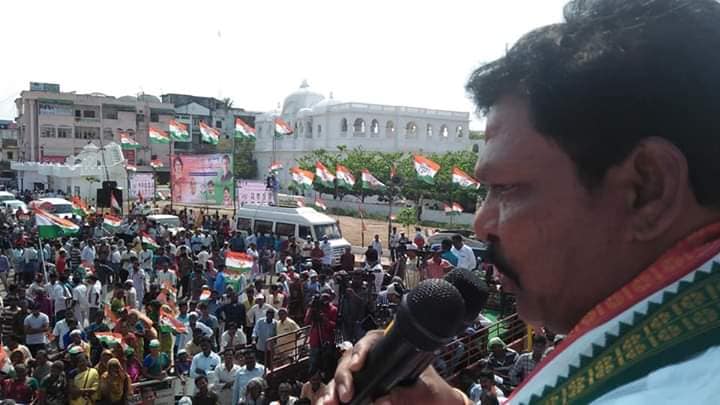 Good Morning Everyone, Have a Good Day😊 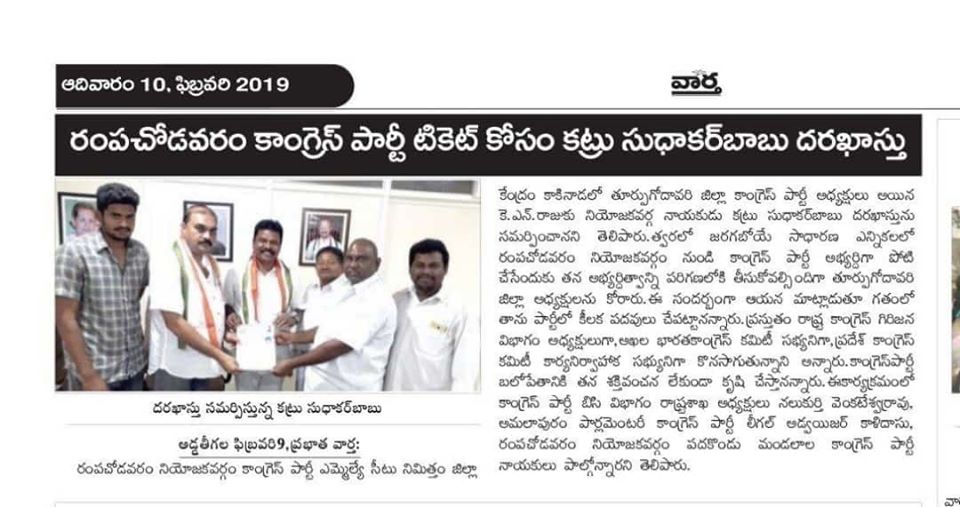 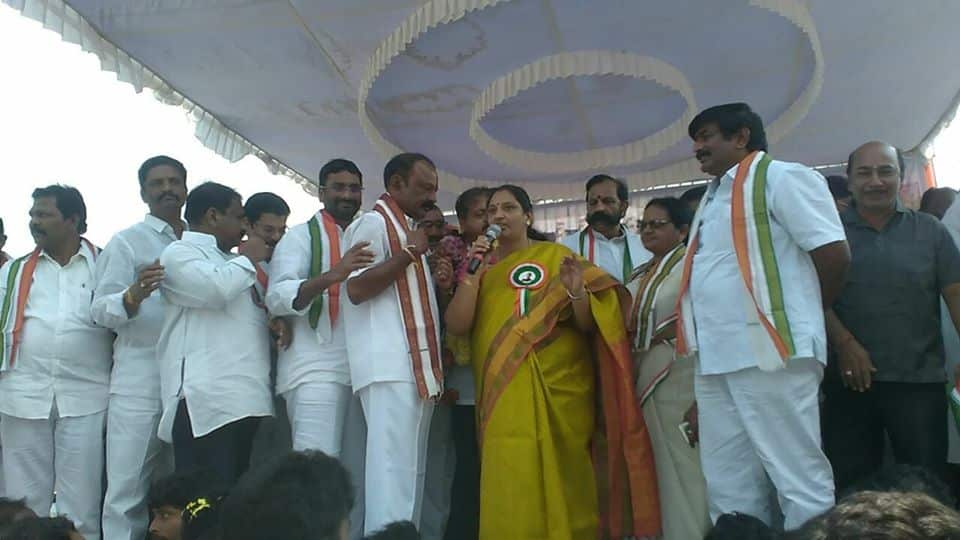 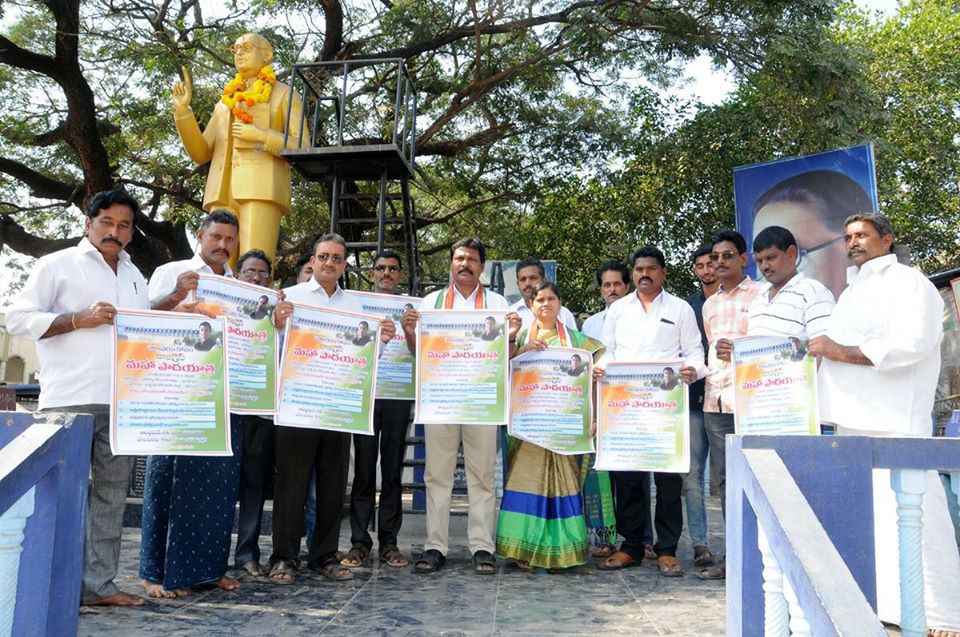 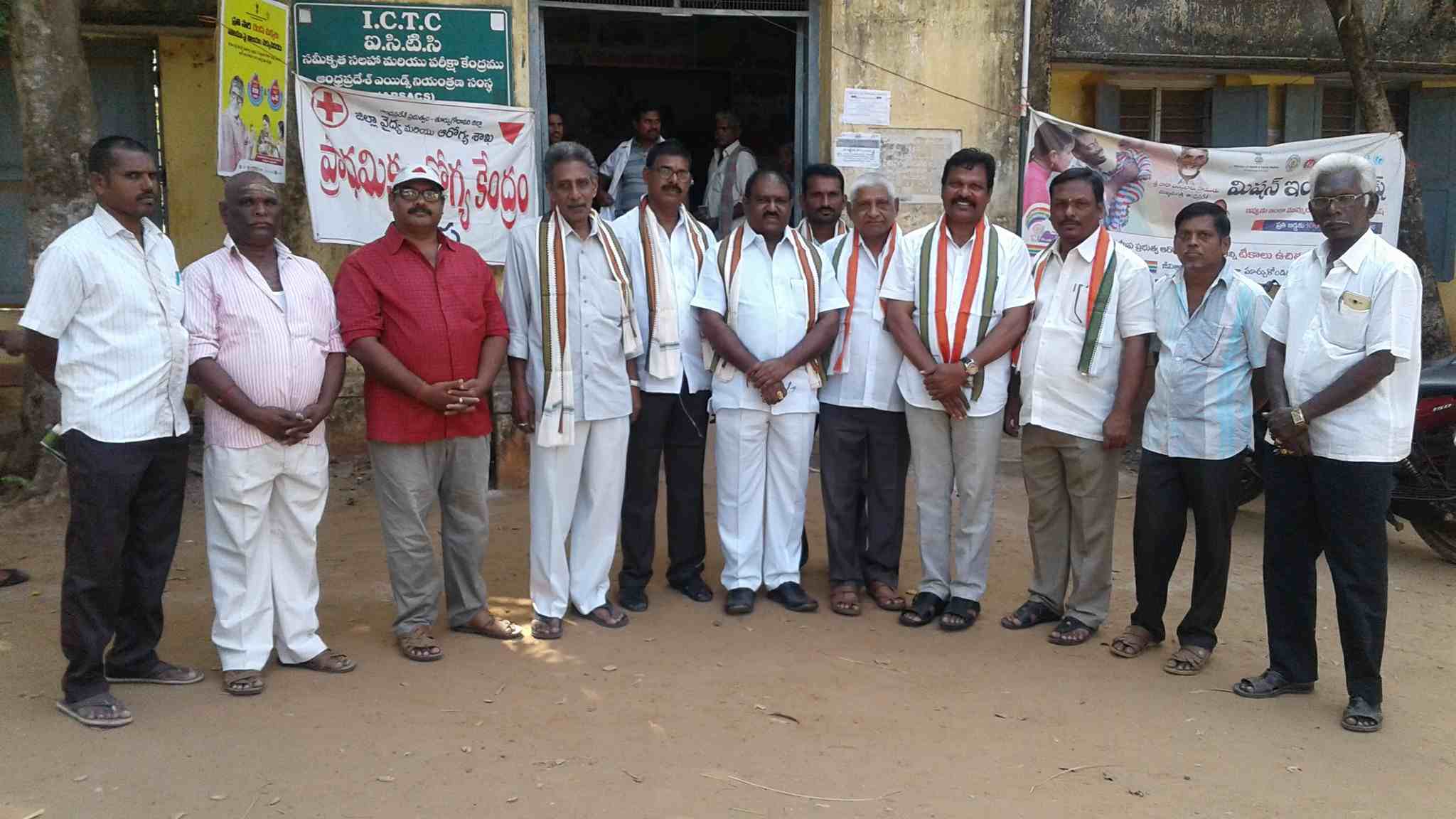 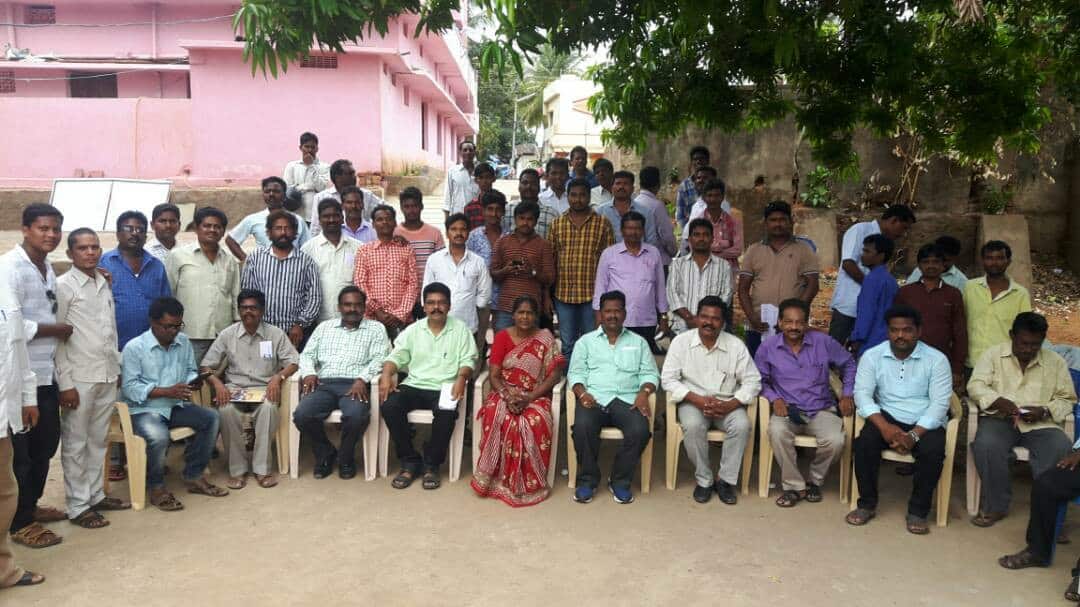 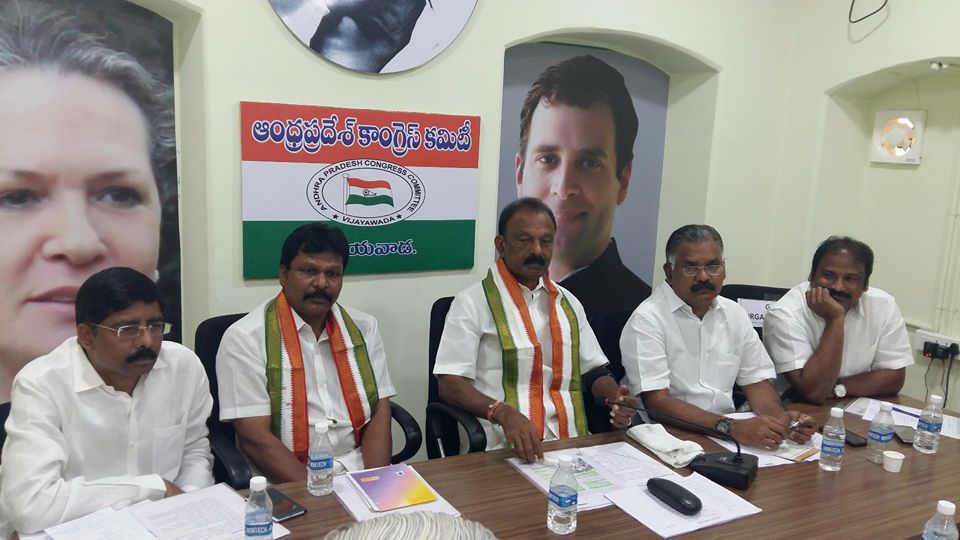 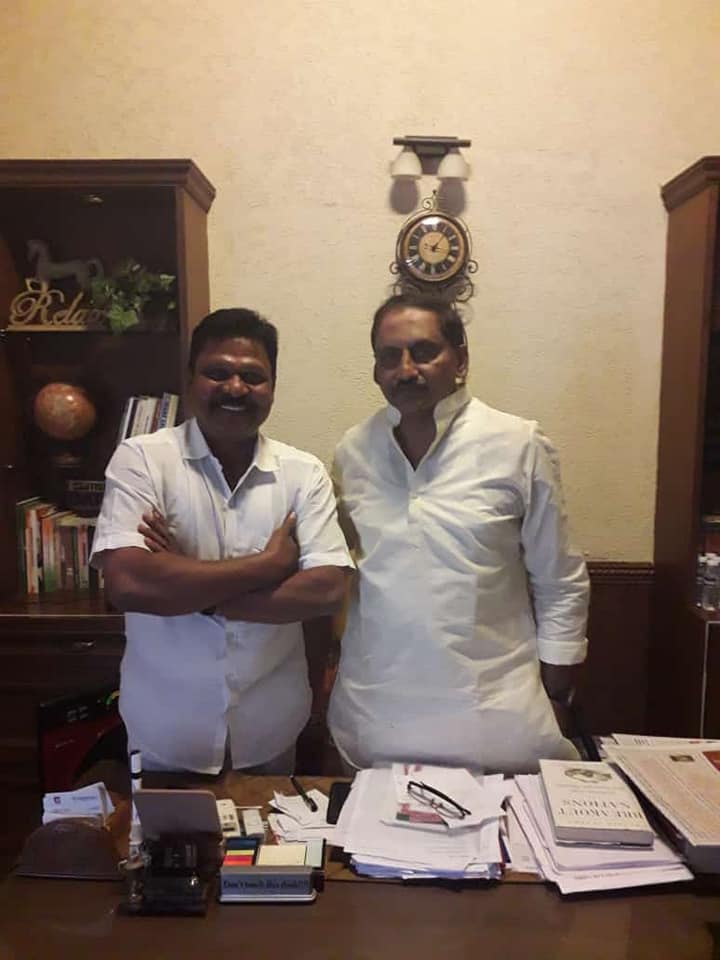 of the Radical Student Union(RSU).

of both state Andhra Pradesh & Odisha.

of the Police Department in Andhra Pradesh.

Joined in the Lok Satta Party

under the leadership of PCC Raghu Veera Reddy.

of the AP Congress Committee.

Nominated as a MP