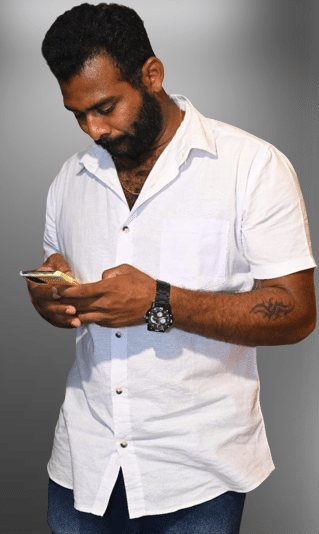 He was born in Gollapudi, Andhra Pradesh on 24th-April-1994. His parents were Katammeni Venkateshwer Rao & Ramandevi.

He studied higher Secondary Board of Examination from Vivekanda High School situated at Gollapudi.

By taking as a Challenge he continued his undergraduate from CV Raman Junior College in 2013 located at Khammam. By extending his studies and going on to graduate during 2017 from Nagarjuna University College Placed at Guntur.

Coming from a Middle family he never gives up his passion, Since childhood, Harsha has shown enthusiasm in cricket. Harsha Vardhan spent his formative years in his studies, He was highly inspired by the Indian Cricketers ahead of time and It was so difficult to keep him quiet. He was a natural in whatever he did and  was most impressed with his attitude.

His passion literally pushed him to reach his targets and Studied Batman at ICC – International Cricket Council. Lastly, He was ready to bat at any spot, and a few months later, He handpicked to play cricket for the team. He rose to the top and was regarded as one of the best contemporary batsmen in the Gollapudi Constituency. Apart from sports, Harsha Vardhan was good at academics as well.

lastly, He has earned thousands of people’s hearts with his cricket. His down-to-earth nature made him stand in his career and delivered an immeasurable success in his life. Harsha Vardhan is the wicketkeeper at the India National Victorious Indian Cricket team.

At that moment he preferred to do service selflessly to the people in any situation and by extending his service and work by accepting honorable positions Soonly after accomplishment of his superior studies, Harsha Vardhan has begun his political career in the period 2018, by joining the Yuvajana Sramika Rythu Congress Party (YSRCP) founded by current Chief Minister of Andhra Pradesh and President of YSRCP YS Jagan Mohan Reddy.

Since the date of joining the Party, He has been working as a YSRCP Party Active Member by actively participating in every program related to the political party. For his perseverance, dedication, and service, by Recognizing the work that Harsha was doing. Soonly, in the duration of 2019, his position has been customized as the Constituency Incharge from YSRCP Political Party at Gollapudi situated in Andhra Pradesh State.

Since then he has been monitoring the respective designations by solving the issues. Being serving in the assigned positions, Harsha Vardhan has been performed many social and welfare activities for the people.

He is a dedicated follower of YS Jagan Mohan Reddy Participated in the Samaikyandhra Movement to prevent the division of the state-separating the Telangana districts of the state into a separate Telangana state. During the movement, The people of Gampalagudem Mandal took part and completely played a key role in the foot march (padayatra) organized by YS Jagan Mohan Reddy.

During the continuous Samaikyandhra Movement, Harsha Vardhan went on a District wise padayatra to prevent the division of the state-separating the Telangana districts of the state into a separate Telangana state.

SERVICES RENDERED DURING THE PANDEMIC COVID

During First Wave of Corona– 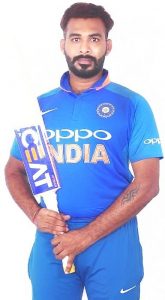 Harsha Vardhan often referred to by his initials Laddu, Chinnu & Harsha. Harsha Vardhan was born on 24th-April-1994 to the ethnic couple Venkateswarao & Ramadevi. Harsha completed High school studies at New Era High School located at Khammam. By taking as a Challenge he continued his undergraduate from CV Raman Junior College located at Khammam.By extending his studies and went on to graduate during the period of 2017 from Acharya Nagarjuna University College Placed at Guntur.

Harsha Vardhan mostly shows interest in Homemade foods & favorably on Hyderabad Dum Biryani. Harsha Stated his favorite place in the one such candid session. His favorite holiday destination to be flying over to Queensland situated in Zewsland. Has Harsha being Loyal & Jovel with everyone he hangouts with his best friends Dhoni, Navya Alluri & Gayathri Rao Kota, Jyothi Katammeni and enjoys every moment with them by going with a flow. Harsha shows positive vibes to everyone and makes everyone happy in every moment. More seriously, Harsha Friends describes him as an easy-going person.

Harsha Vardhan spent his formative years in studies, During his educational career, He highly inspired by the Indian Cricketers ahead of time. It was so difficult to keep him quiet. He was a natural in whatever he did and I was most impressed with his attitude. He was ready to bat at any spot, and a few months later, He handpicked to play cricket for the team. He rose to the top and regarded as one of the best cricketers. And at present, Harsha is the Current Captain for the ADARSH SPORTS CLUB.

He has been grown up as a Right-hand top-order batsman. Indian captain Harsha has been wearing the number 09. The story behind this number is truehearted that he wears that number as Harsha Brough into this world in September which is the 9th Month. He wears in the Memory of his Birth month. Apart from sports, Harsha Vardhan was good at academics as well.

“By facing many challenges he earned out outlandish experience in Cricket. and now regarded as one of the best cricketers.”

Lost moments but in 12 years Harsha’s rejections, insults, scams, politics, and intrigues did not seem to matter much. Team India, which was going to the World Cup at the time, observed 4 places vacant. At that moment cricketer, Yuvraj left, but the court was empty. Harsha again started the fight and given runs usually for team India. He joined the team and became a successful person with a lot of hard work and struggle. Current India captain Virat Kohli implemented that he was glad to have the No. 4 players in the team. Although, Harsha is not on the World Cup team. He is glad that he had selected for the Team.

Followers as others, may not be there for Harsha. Dravid, who calls himself the Great Wall, may not have shown patience. Harsha can argue that it is not cool. Vijay Shankar, Harsha can be put aside. We have the courage to admit that Harsha is a hero and that nobody can face challenges in hard times. that’s the reason Telugu Tejam Harsha got team place.

The state does not change except for his self-esteem, not his self-admiration. The result is again the usual Harsha run flood Select Harsha did not stop playing, he did not stop fighting. Now Harsha is not a player. This is not the case Harsha knows how to fight. IPL came looking for a better opportunity. Harsha let the world know how awesome his game would be if he played that way the collector chose a way or Harsha team. Harsha The real test started from here. He scored an off-century in the first ODI he played in.

History remembers defeat for sure but history does not need to remember a miracle because that miracle will later become history. He struggled a lot in his life and gained success. As news is very important, except for the fact that once in a while there was no place for ordinary things in those days. Then in these days, the name Harshavardhan was heard on ETV Channel. The gist of that news is that he will be joining the team in years.                    – Katammeni Harsh Vardhan 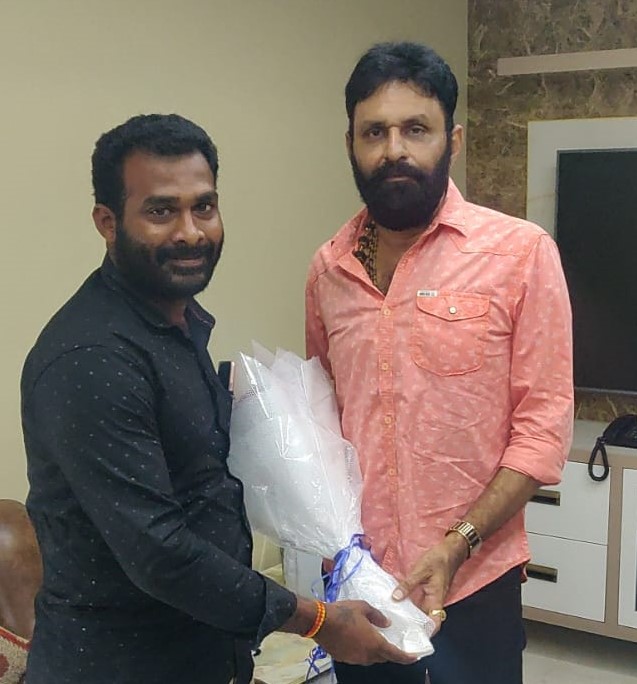 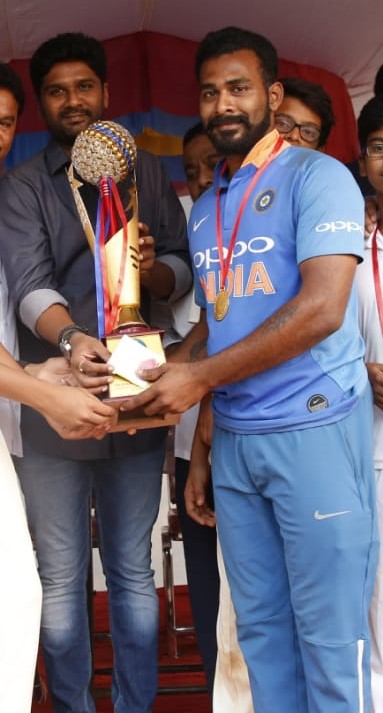 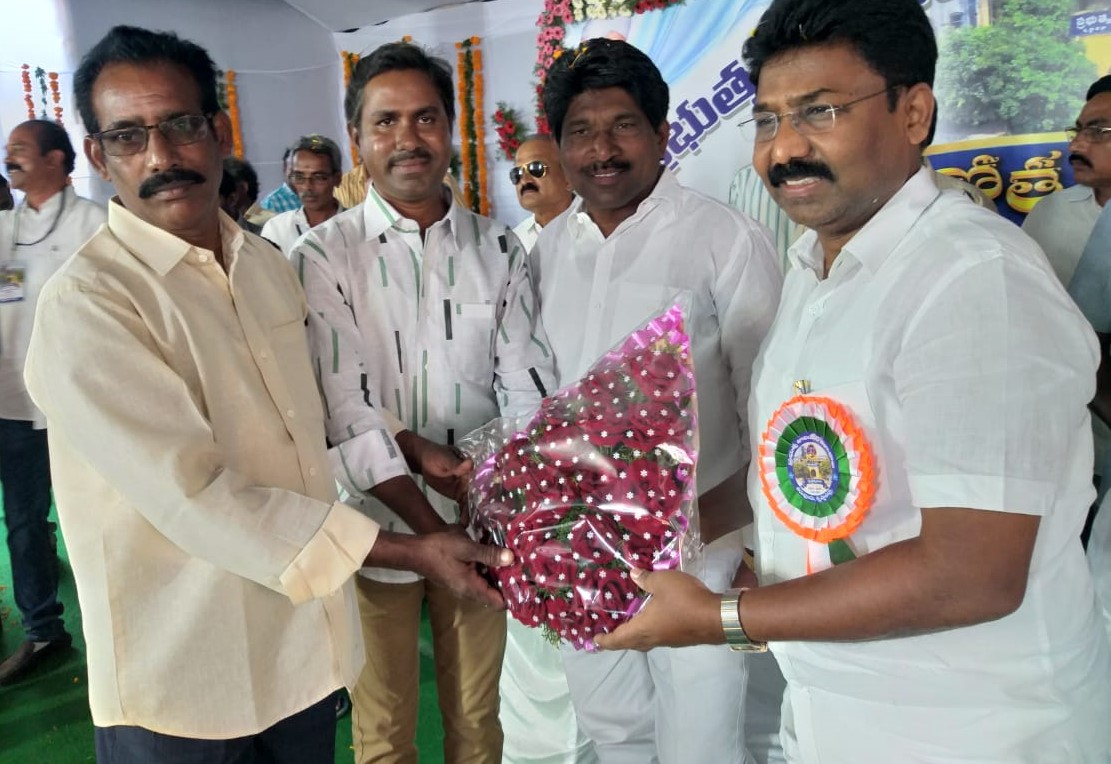 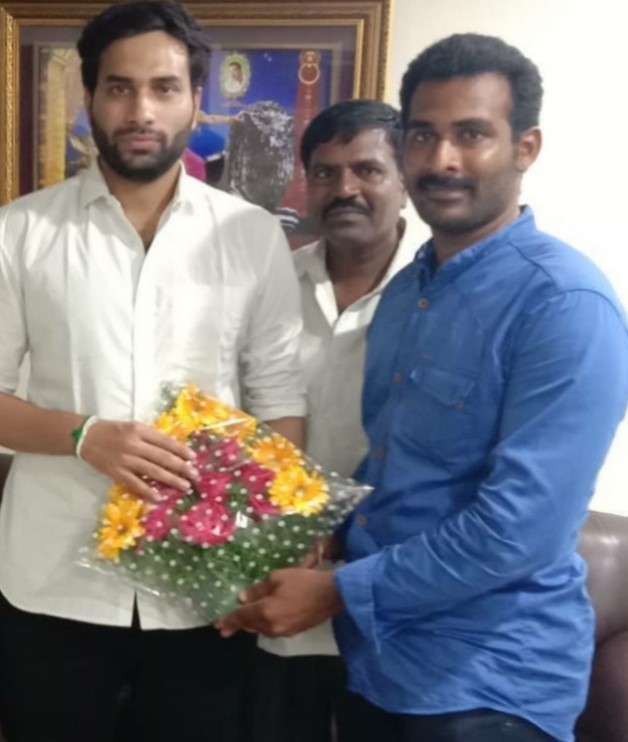 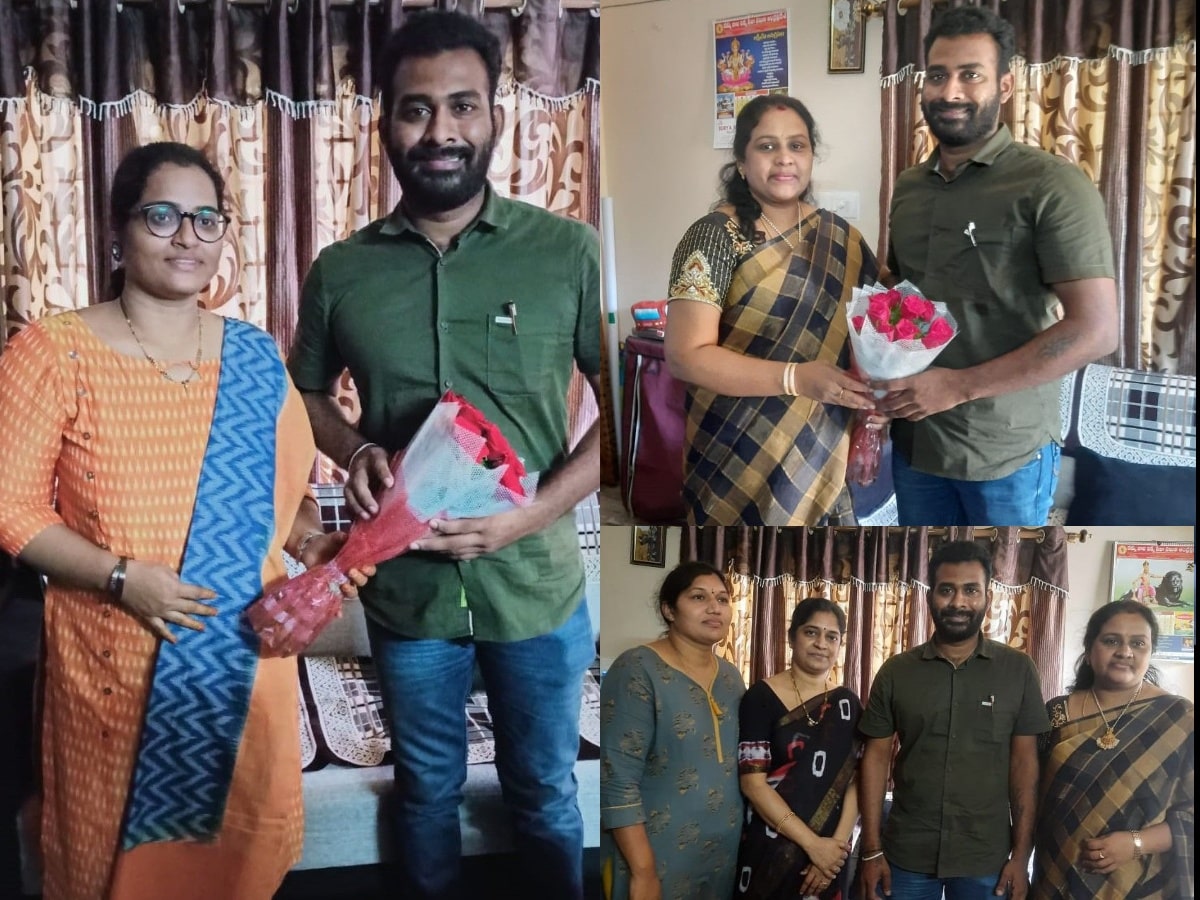 Family members handed over a bouquet to Harshavardhan and invited him. 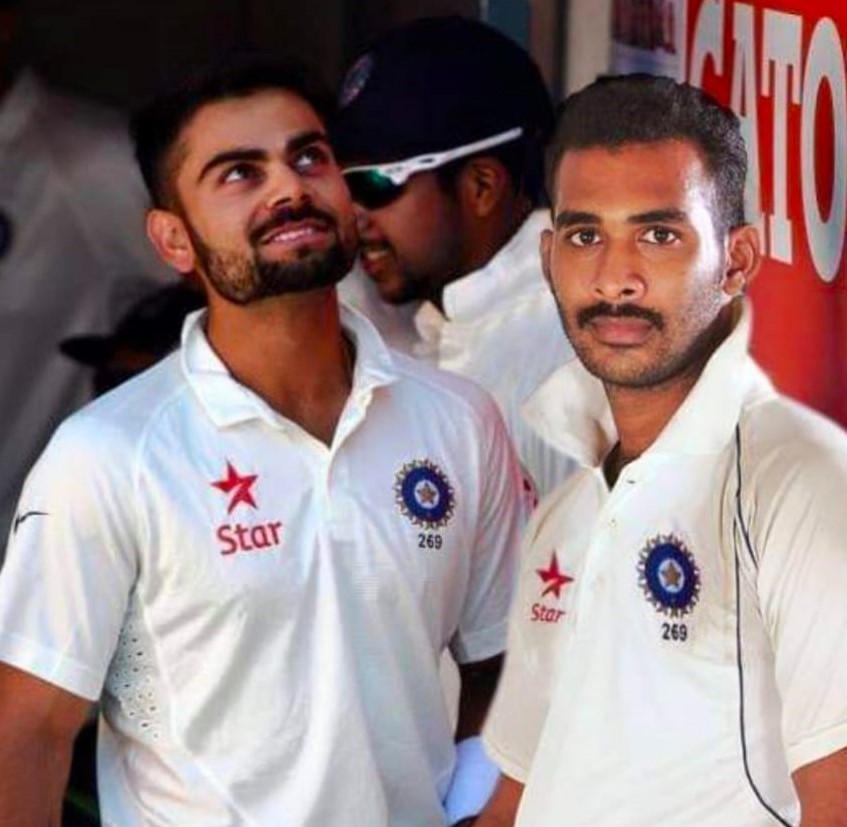 Harsha Vardhan is with an Indian cricketer and the current captain of the India national team Virat Kohli. 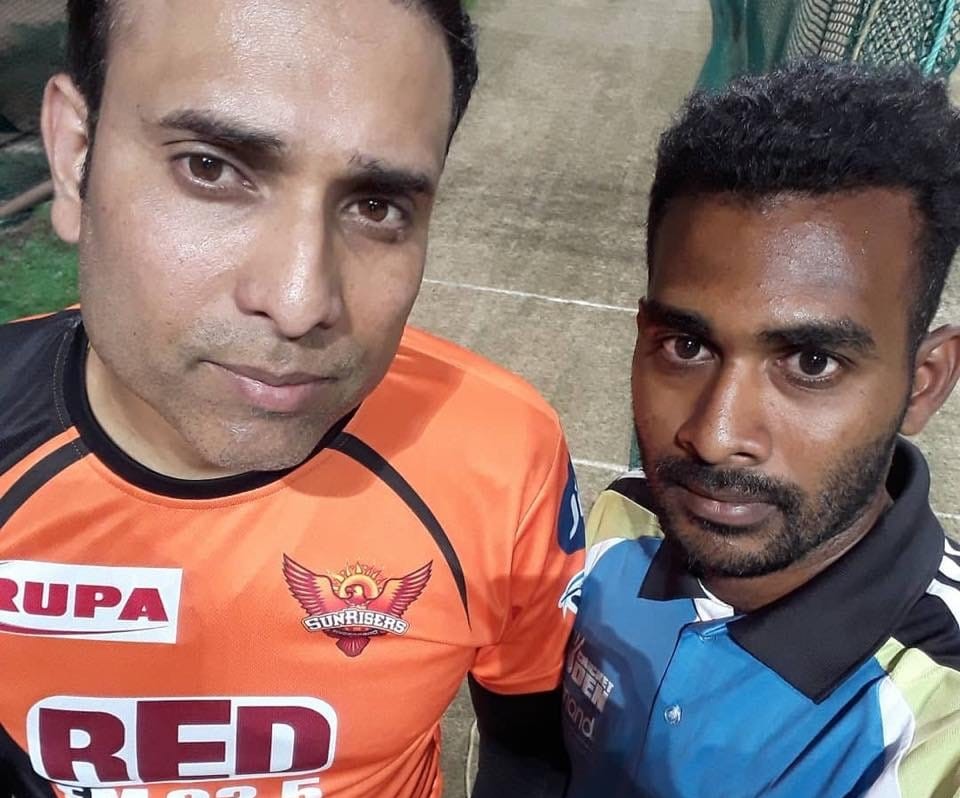 In the season of IPL, Harsha Vardhan is with an all-rounder and right-handed batsman, Mohammad Nabi. 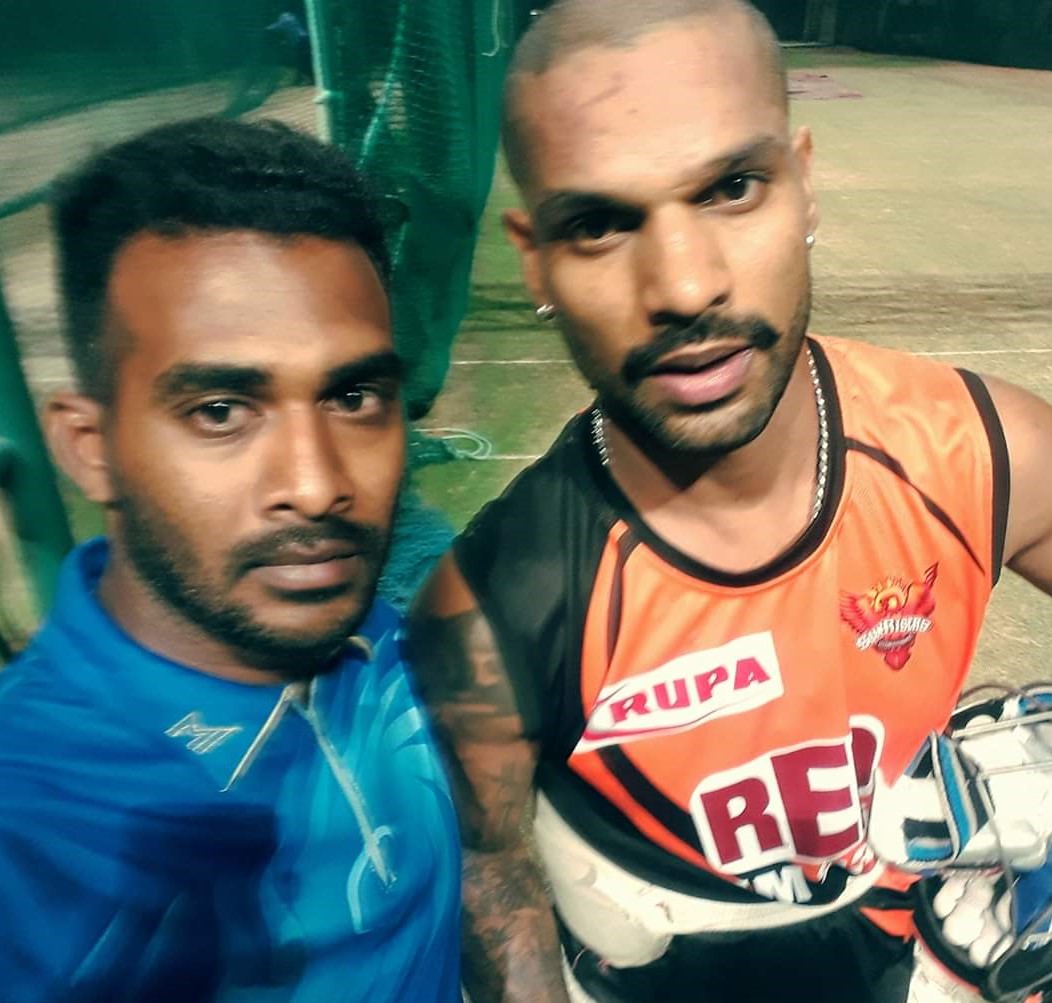 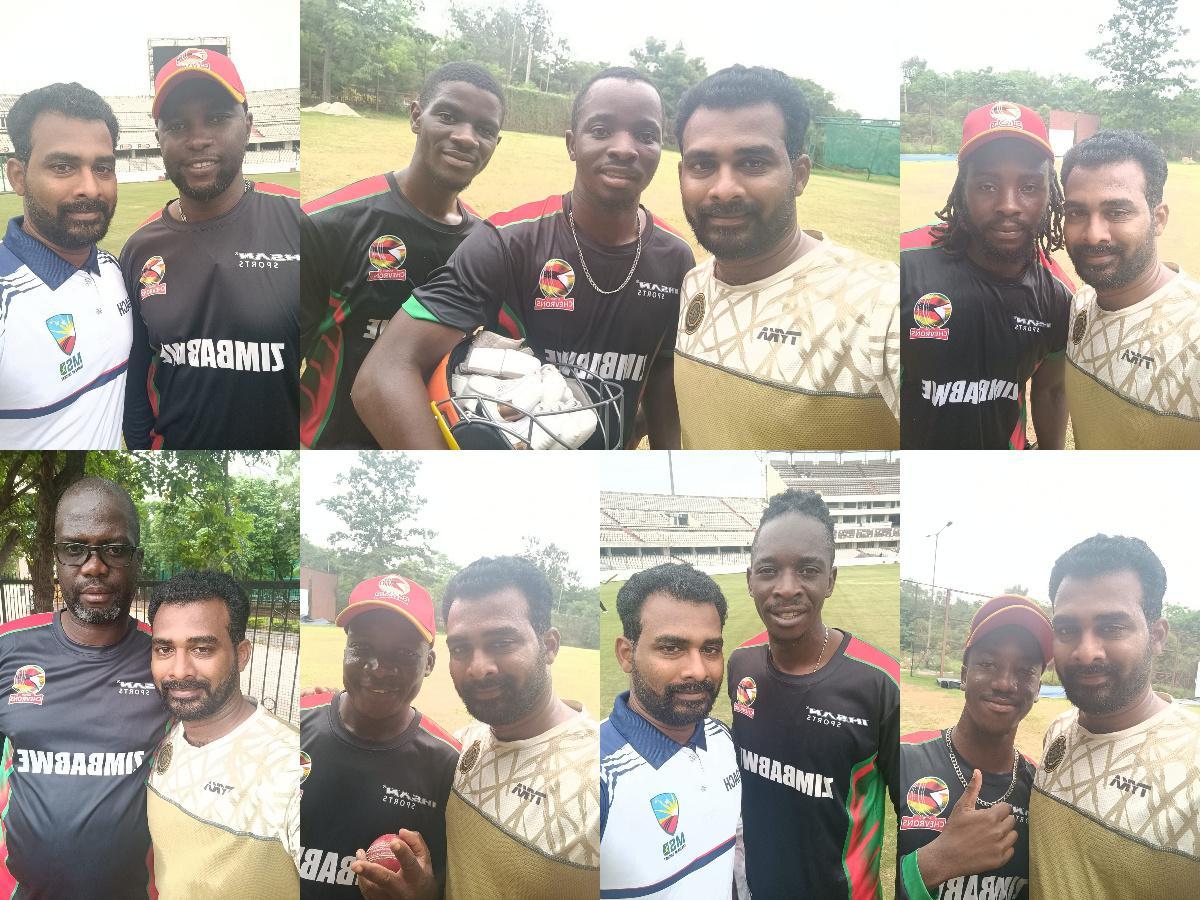 Katammeni Harsha Vardhan is honored to meet the Zimbabwe team in the Cricket Tournament. . 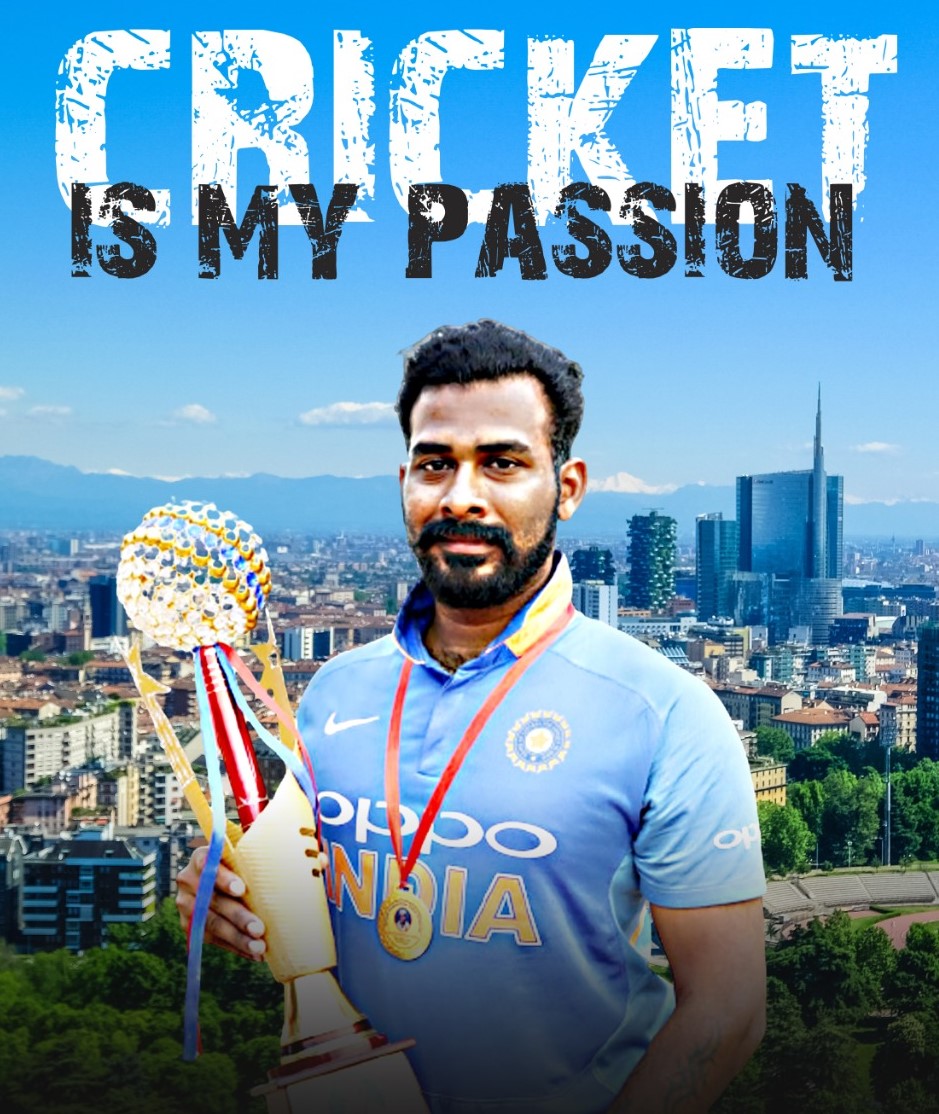 Since his childhood, Harsha Vardhan has a keen  interest in watching cricket which is a national sport  that has developed globally.

He uses to play Cricket in his educational days and  participated in many tournaments at the local and district level interest in cricket. That moment has changed him to reach his achievements and made him State Cricket Player.

Harsha Vardhan is ready to show something. Since, from the school level, Harsha Vardhan looked forward to playing cricket for the country, Native of Gollapudi village in the Gampalagudem zone Harsha Vardhan reached down- to-earth nature made him stand in his career and delivered an immeasurable success in his life. Harsha  Vardhan is the  wicketkeeper at India National Victorious Indian Cricket team.

Vardhan’s parents Ramadevi Venkateshwar is a farming family by profession. He started playing cricket with the encouragement of his parents, friends, and brothers. Vardhan was a  cricket captain at the school level and later excelled in cricket at the degree level.

He trained in Hyderabad for  cricket skills. As well he rose to the top by outlandish experience in  Cricket Vardhan played for Karnataka State Cricket Team.

Harshavardhan holds the record for most stumpings by a wicketkeeper. He excels in batting as a right-hand batsman.

I always dream of Holding The Bat and Winning Games for INDIA. That my inspiration to take up Cricket. My first bat was shaped of a  coconut branch and from that day, I have reached my goals by being  a cricketer.”