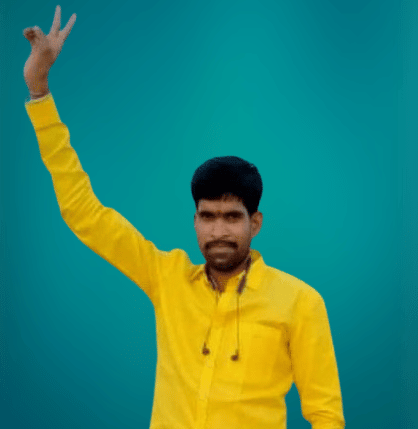 Ramu was born on the 23rd of October 1982, in Kattrivanipeta village of Srikakulam District from the Indian state of Andhra Pradesh to the couple Mr. Karanam Ram Murthy and Mrs. Late Karanam Laxminarayanamma.

In the year 1997, Ramu acquired his Secondary Board of Education from ZP High School located at Atchutapuram in Visakhapatnam, and in 1999, he completed his intermediate course at Government Junior College at Challavanipeta, Andhra Pradesh.

Ramu believes that the true secret of happiness lies in taking a genuine interest in all the details of daily life, After the conclusion of his studies Ramu turned into a profession as a Civil Contractor, and ever since he started, He simultaneously handled his family and business responsibilities.

Ramu began his political career through the Telugu Desam Party (TDP) which was founded by N.T. Rama Rao and headed by N. Chandrababu Naidu the former Chief Minister of Andhra Pradesh.

He exposed his leadership skills by serving as the TDP Party Activist and working comprehensively all the time for the welfare of humankind. As a part of TDP, Ramu expressed keen interest and performs every activity for the recognition of the respective party.

As a Village Leader from TDP, he demonstrated his commitment to the people by continuously working for their well-being, and Party development, and striving hard for their benefit of them.

In the year 1998, Karanam Ram Murthy joined politics after being inspired by TDP Political activism. He has been following TDP Leaders and providing altruistic services to the public since he first engaged in politics.

In the year 1998, Ram Murthy was promoted as the Sarpanch of Kattrivanipeta, and his Mother Late Laxminarayanamma was designated as Ward Member from the 7th Ward after receiving control and carried out all operations for the welfare of the people.

He held and implemented many instrumental Development activities in the Srikakulam district as part of the intention that the Kattrivanipeta Village should become a role model to neighboring villages.

Providing Water Facility-
In order to solve the water problems in every house of Kattrivanipeta Colony people Ramu installed taps and solved the water issues by providing pure drinking water.
As there is damage to the Pipelines of the Water tank in the village, he Renovated the pipelines with his own money.

Setting Up Street Lights–
The roads in the village were widened at the corners due to heavy rains, assuming that there was a possibility of accidents due to the narrowness of the roads. As part of the development program in the village, Street Lights were set up.