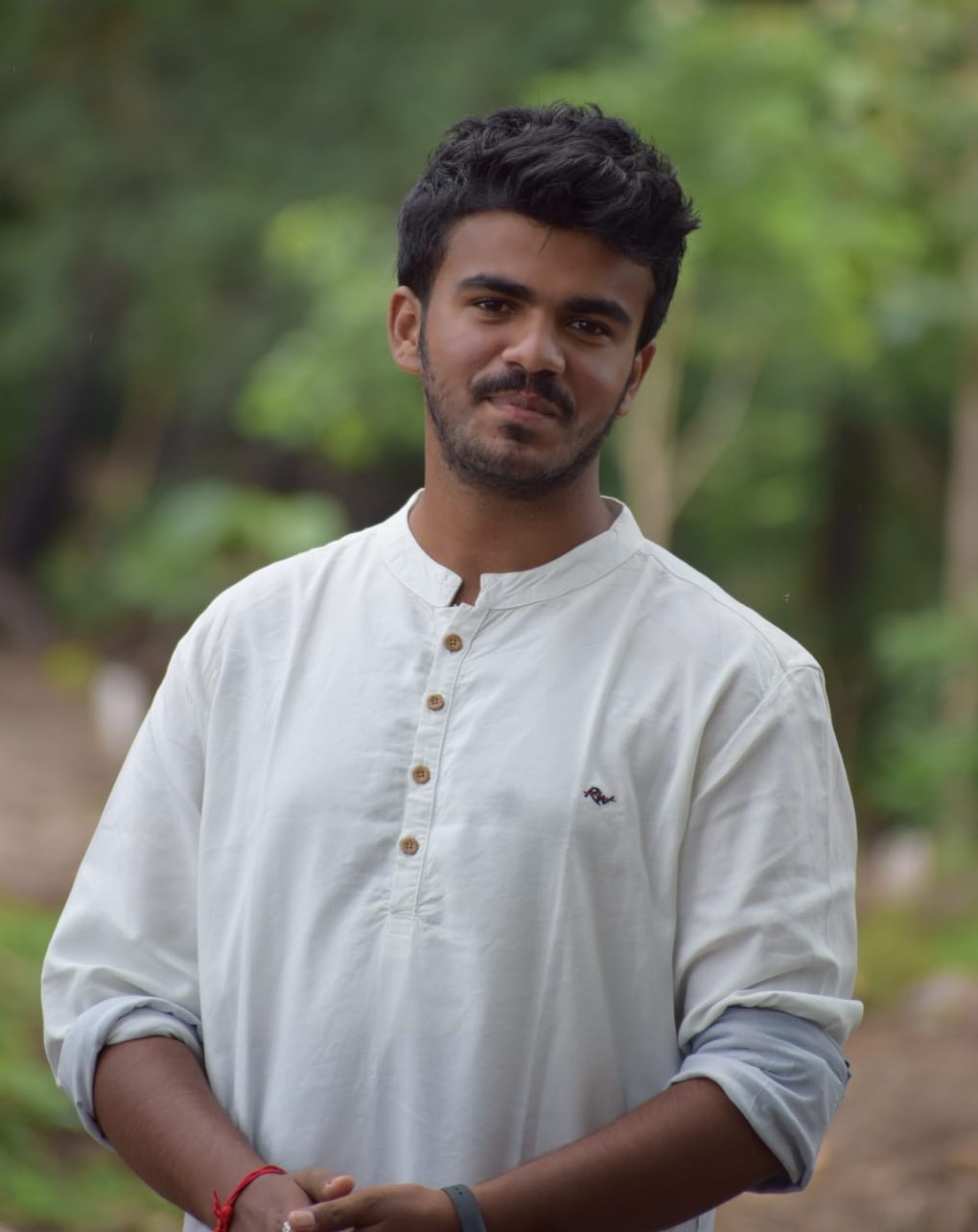 Kanumuri Murali Nagendra Varma is the BJYM General Secretary from Bapatla Parliament. He was born on 16th July 1999 to the couple Srinivasa Raju and Naga Jyothi in Ponnur.

The Bharatiya Janata Party is one of two major political parties in India. It is the current ruling political party of the Republic of India since 2014. The BJP is a right-wing party, and its policy has historically reflected Hindu nationalist positions. It has close ideological and organisational links to the much older Rashtriya Swayamsevak Sangh(RSS).

Dharnas and protests were held to condemn the ongoing attacks on temples. BJP leaders opposed the decision of the three capitals.

Murali organizes a “Praja Aagraha Sabha” to explain to the people the mistakes being made by the state government.

-Murali Nagendra Varma rendered his service to the people of  Khajipalem village even during the corona which terrorized the whole country. 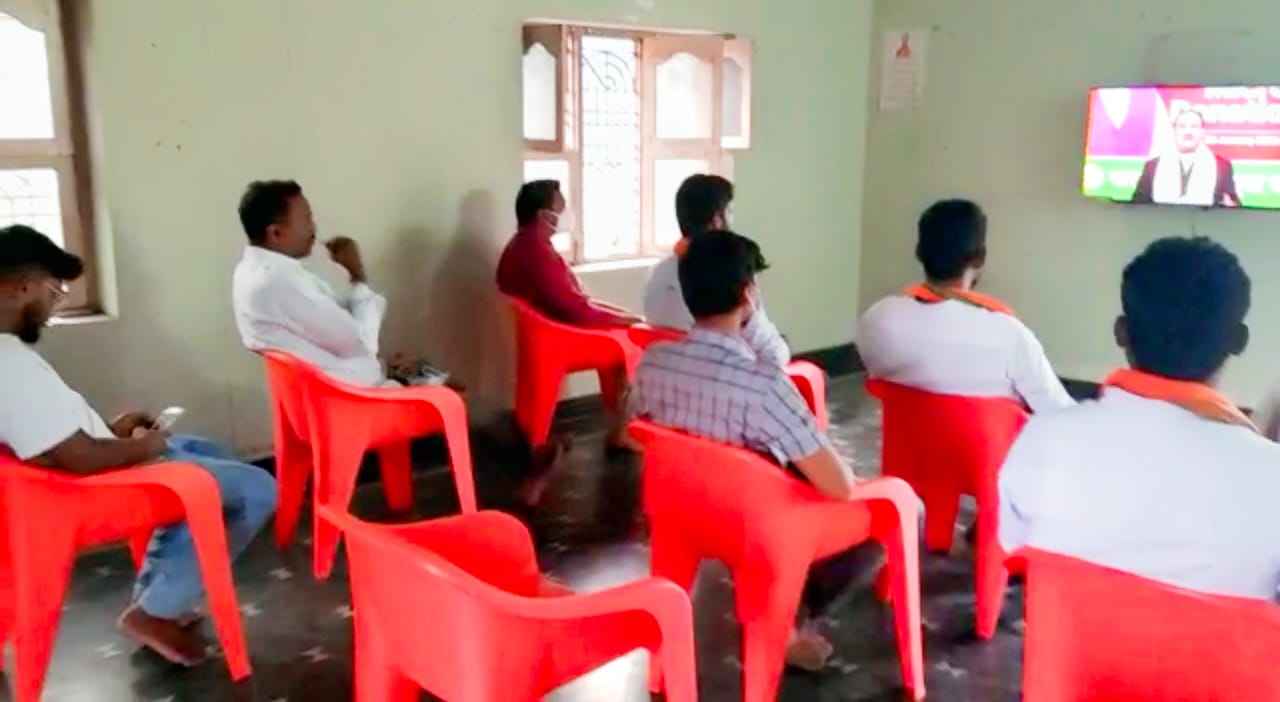 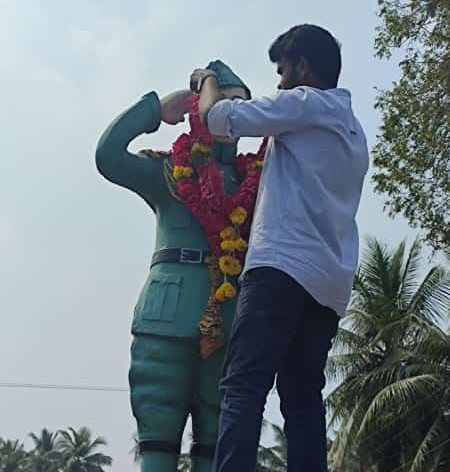 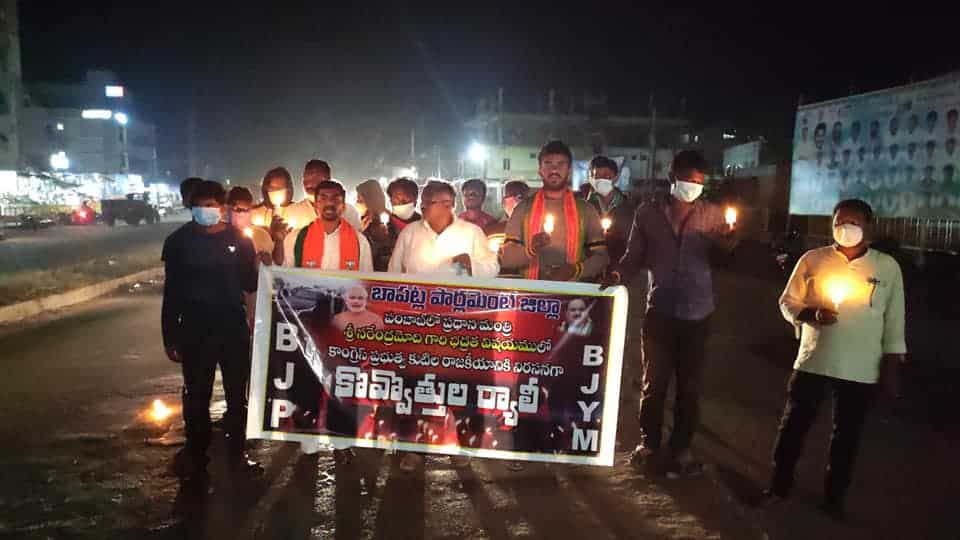 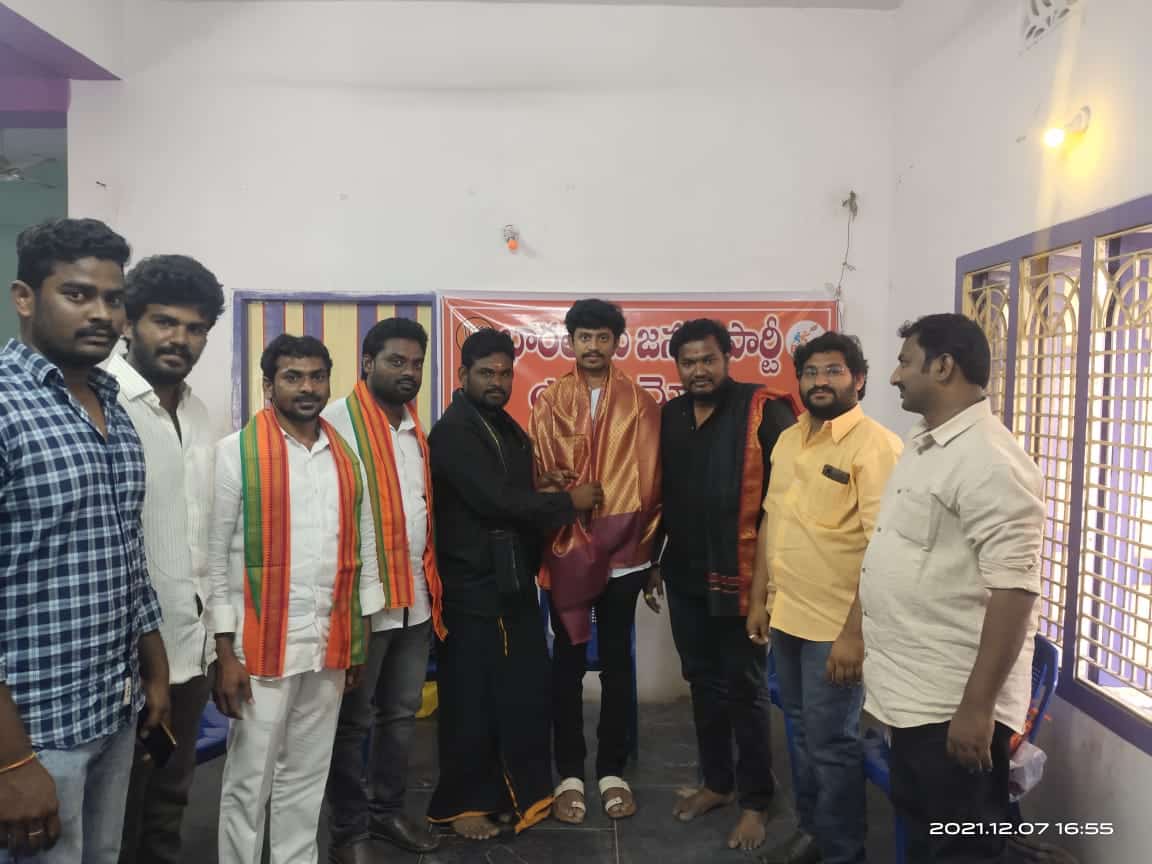 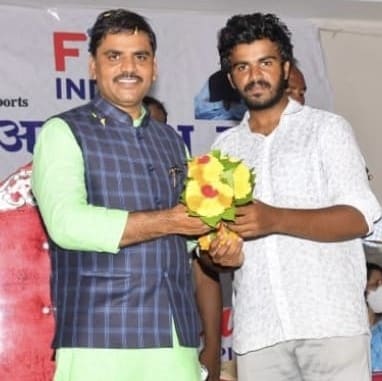 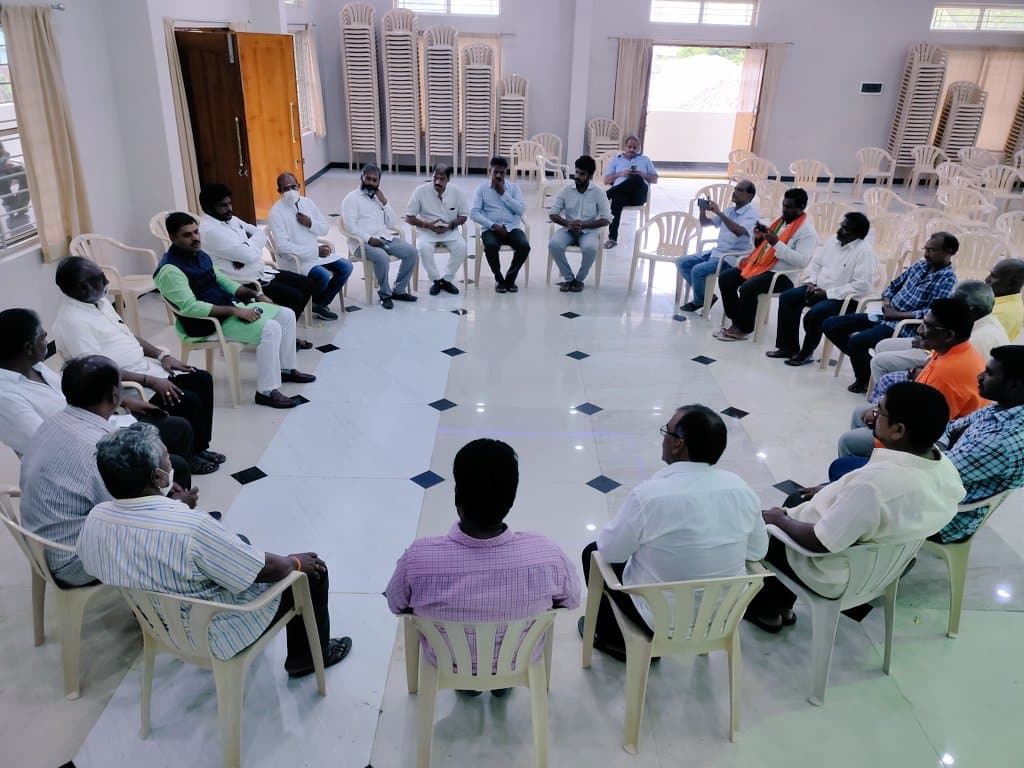 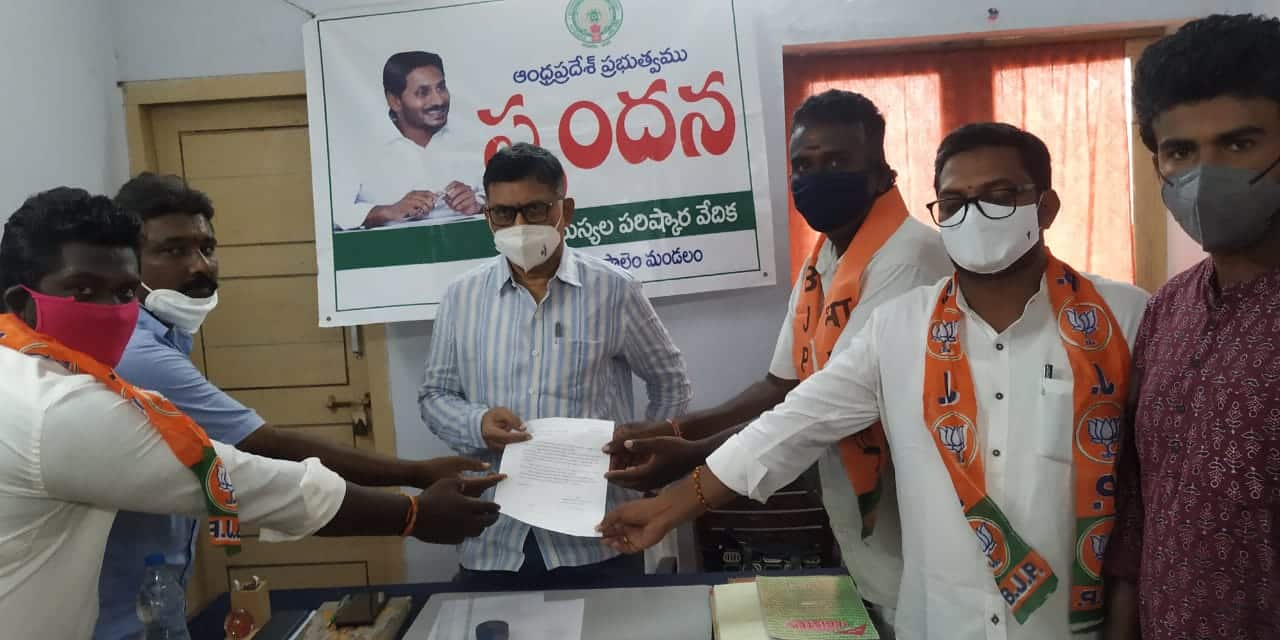 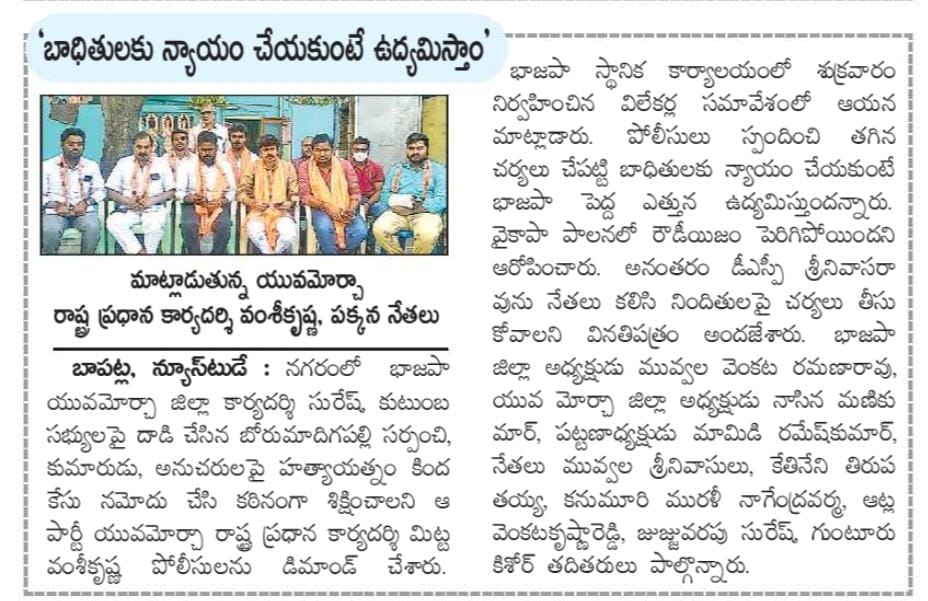 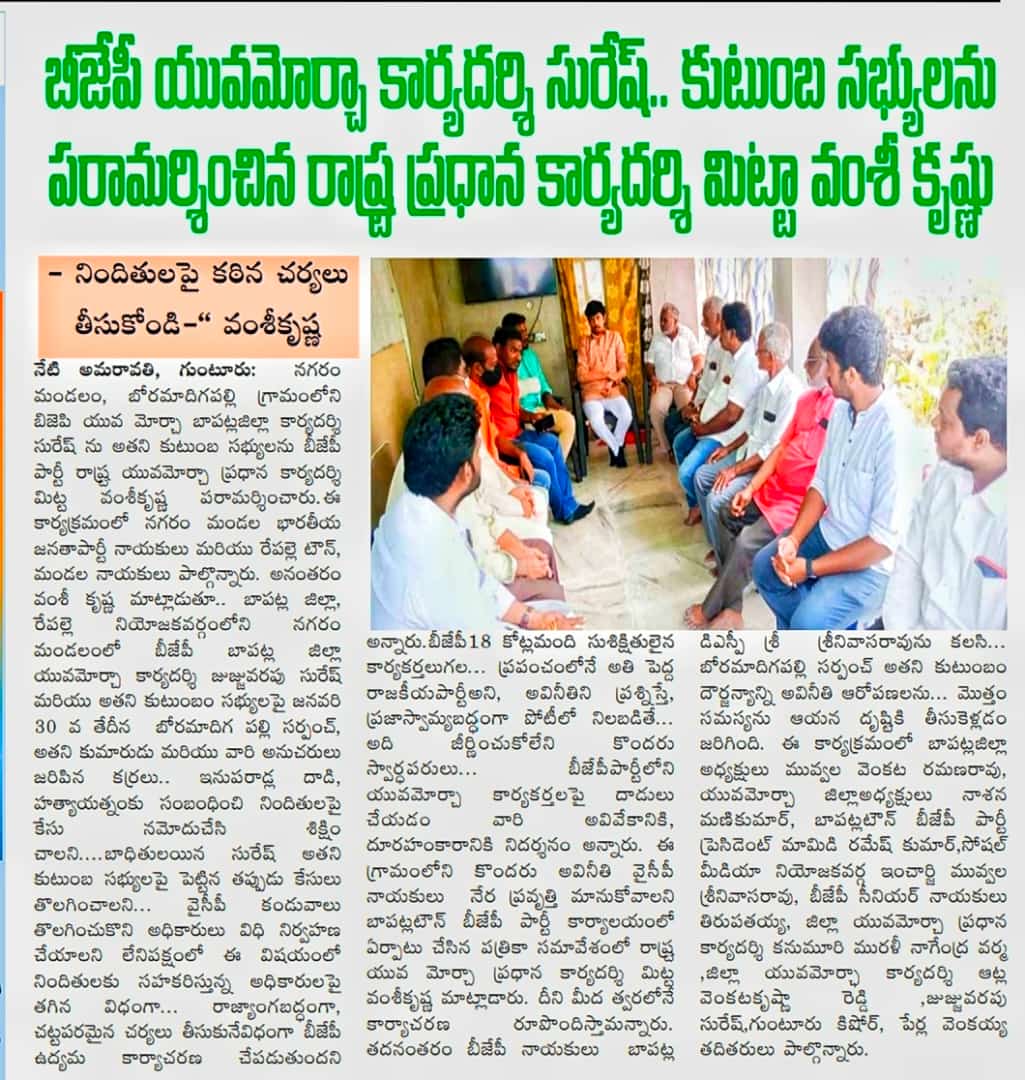 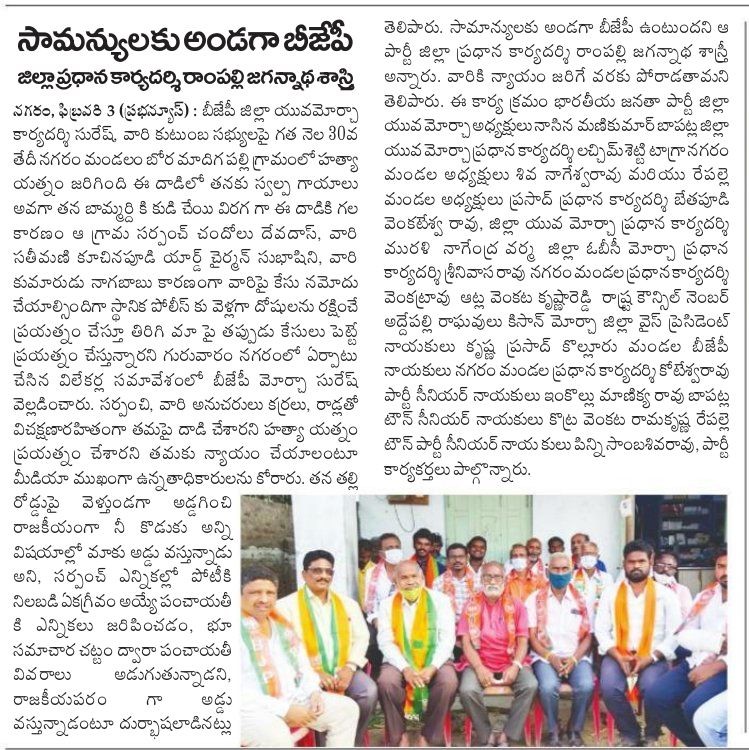