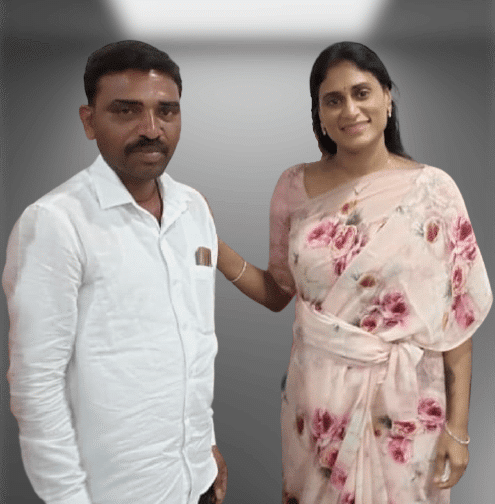 Kanthi Chiranjeevi is an Indian politician and current District Secretary of Jangaon in Telangana from the Political Party YSRCP.

On the 04th of August 1987, Chiranjeevi was born in Veldanda village of Narmetta Mandal in Jangaon District to the couple Mr. Kanthi Yellaiah and Mrs. Kanthi Laxmi.

Chiranjeevi his Secondary School of Education in 2000 from Zilla Parishad High School located at Veldanda Village of Jangaon District.

After the conclusion of his education, in the year 2009, he commenced his political career by joining the Indian National Congress Party (INC) which is ruling under the leadership of Sonia Gandhi.

Since the day he stepped into it, Chiranjeevi has worked above and beyond his means as an Active Member of INC for the development of the party and the betterment of society by carrying out his duties properly and adhering to the party’s rules and regulations.

Despite handing over responsibilities, the party was dazzled by Chiranjeevi’s diligence and promoted him in the prestigious designation as the Mandal Youth Member from Narmeta so he can stay close to the people and do things that will benefit them.

His pure determination and sincerity towards the work, in the year 2017 he has been appointed in the admirable designation as District Joint Secretary from YSRCP and working comprehensively all the time for the welfare of humankind. As being a part of YSRCP,Chiranjeevi expressed keen interest and performs every activity for the recognition of the relevant party.

For his sincerity in the following year i.e in 2017, his designation has been upgraded to District Secretary from YSRCP. Since the day he accepted the reputable position he was desperately carrying out the duties assigned to him without heeding the trust placed on him in addition to his primary responsibility, he is addressing the problems faced by the people.