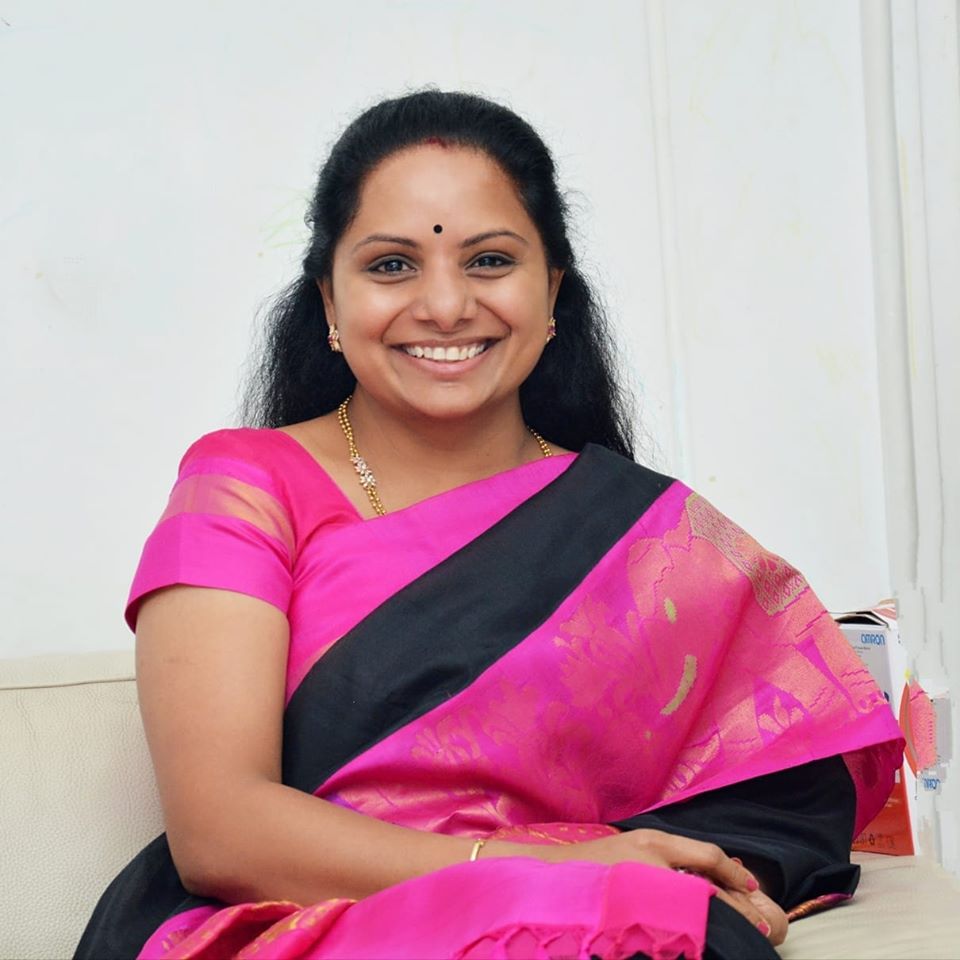 Kalvakuntla Kavitha is the first Woman Parliamentarian from Telangana. She represented as the Member of Parliament(MP) of Nizamabad Lok Sabha Constituency from 2014-2019. She was born on 13-March-1978 to Kalvakuntla Chandrashekhar Rao and Shobha in Karimnagar. Her father is the Leader of the Telangana Movement and the first Chief Minister of Telangana state.

She has done her B.Tech degree in CSE from VNR Vignana Jyothi Institute of Engineering and Technology & MS degree in Computer Science from the University of Southern Mississippi. After graduation, she worked as Software Engineer in the USA before returning to India in 2004 with a vision to work for the people of Telangana. She married to Devanapalli Anil Kumar is a Businessman.

After her marriage, Kavitha moved to the US with her husband. In 2014, the new state of Telangana was carved out of Andhra Pradesh and Kavitha’s father was the leader of the movement for statehood. She came back to India to help her father in various ways. In the election of May 2014, her father’s party swept the Telangana seats both for the state assembly and the national parliament and her father became the first Chief Minister of Telangana.

She started her political journey with the Telangana Rashtra Samithi(TRS) party. Drawing inspiration from the ongoing people’s movement for the statehood of Telangana and a strong desire to work for the welfare of the people, led Kavitha to the formation of Telangana Jagruthi in August 2006. However, the organization was formally registered in November 2008. The word Jagruthi means Awakening. Awakening the Telangana society to a renewed sense of pride & unity was the goal. As the name Jagruthi implies, Kavitha believed in bringing the women & youth of Telangana together by instilling a sense of pride to celebrate the rich cultural heritage of the region.

Telangana Jagruthi played a key role in Mobilizing the Support of Women and Youth and also large sections of the society which acted as a force multiplier in the peaceful and non-violent struggle for Telangana Statehood. Kavithamma – as local people call her, is often identified with Bathukamma, a floral festival of Telangana. Kavitha worked for decades via Telangana Jagruthi and Arranged Organized Celebrations of Bathukamma in Telangana and Globally. Now Bathukamma is celebrated in more than 30 countries.

Kalvakuntla Kavitha is actively involved in labor and trade unions. Currently, she serves as Honorary President of Telangana Rashtra Vidyut Karmika Sangham(TRVKS) and Telangana Anganwadi Workers and Helpers Association – TAWHA – An organization of Anganwadi workers. She was the TRS Leader.

She has been elected the first state Chief Commissioner of the Telangana chapter of Bharat Scouts and Guides (BS&G) Association. With her appointment as state chief commissioner, Kavitha became the youngest person to hold this position in the country. She is also the only second woman state chief commissioner in India. After the formation of Telangana state in 2014, Kavitha contested general elections from Nizamabad Lok Sabha constituency and won with over 170,000 vote-majority.

Kalvakuntla Kavitha was elected to 16th Lok Sabha in the general elections in 2014 from Nizamabad. She defeated Congress candidate Madhu Yaskhi Goud by 272123 votes. In 2015, She was the Co-Convenor of Sub Committee-III in the Committee Estimates. 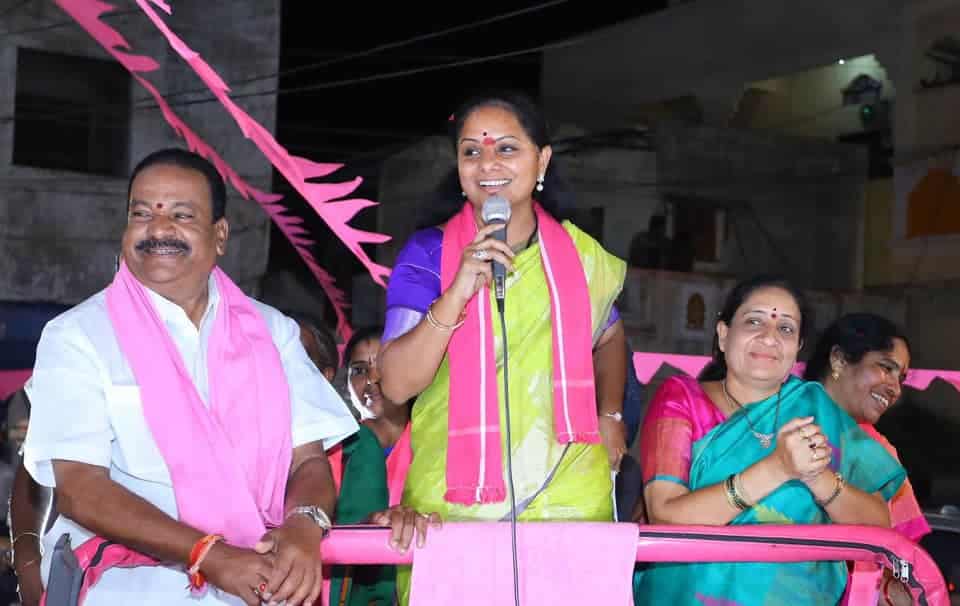 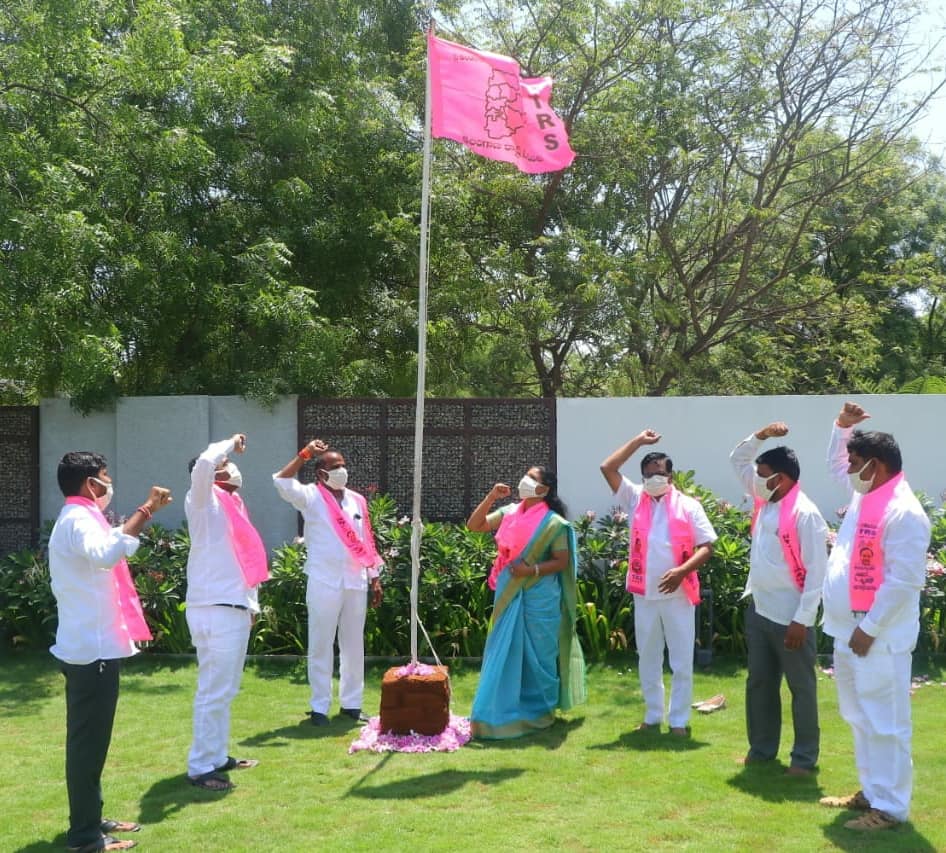 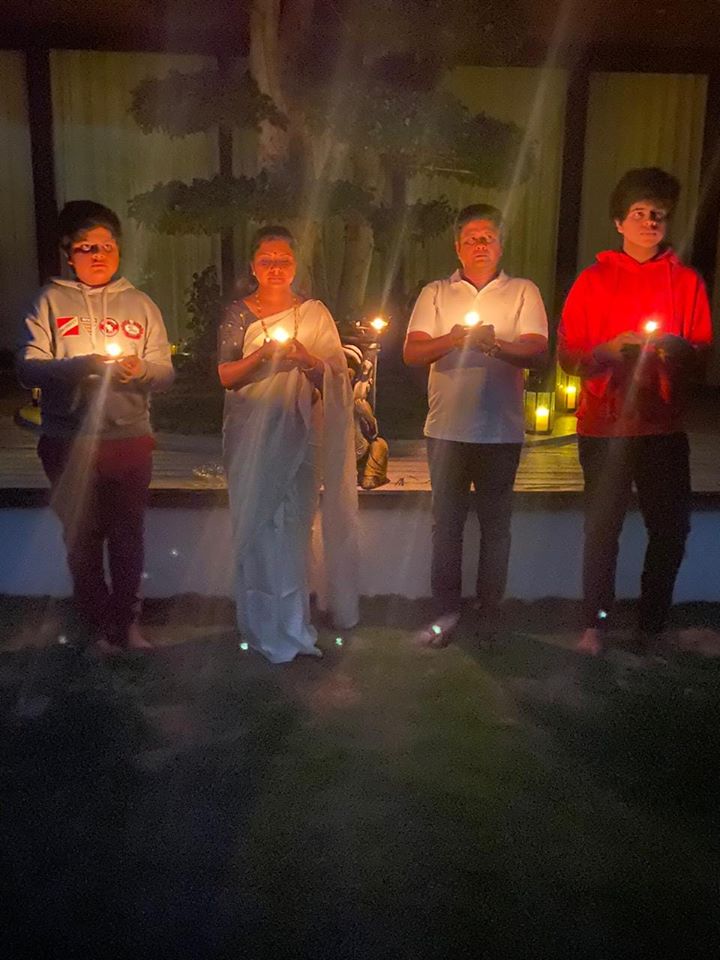 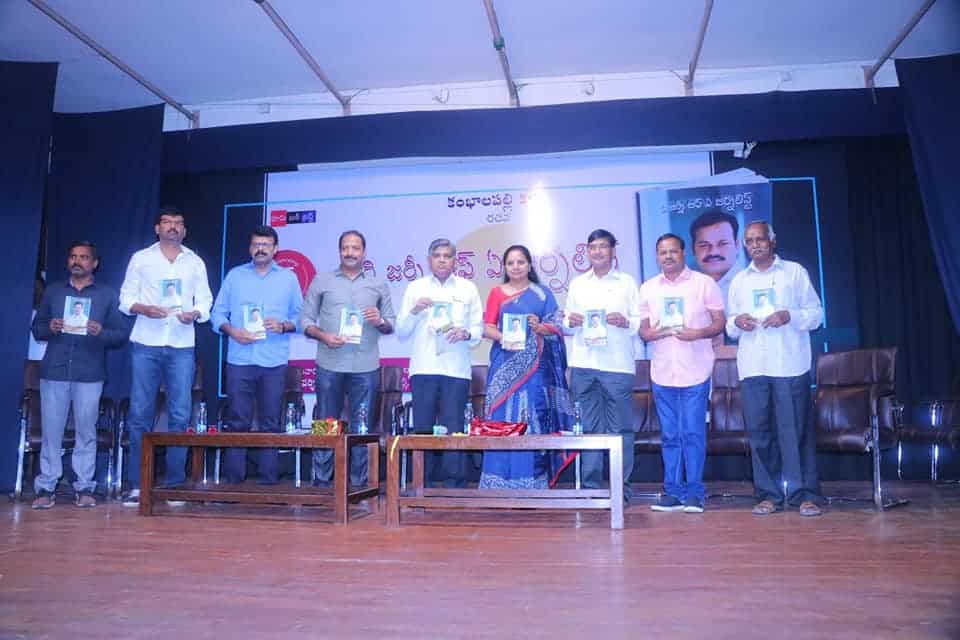 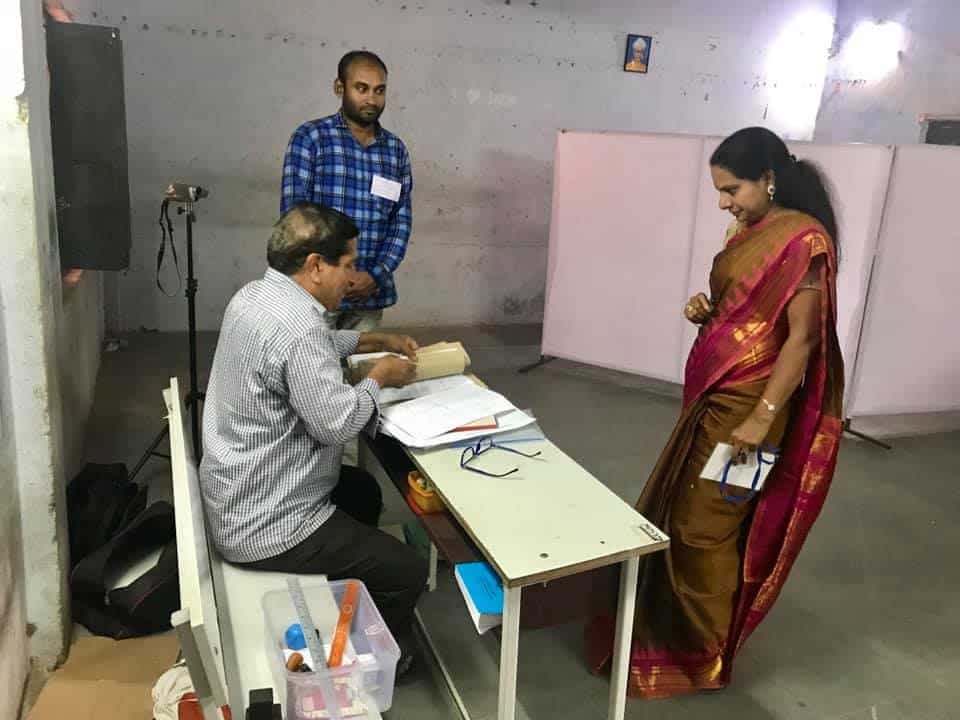 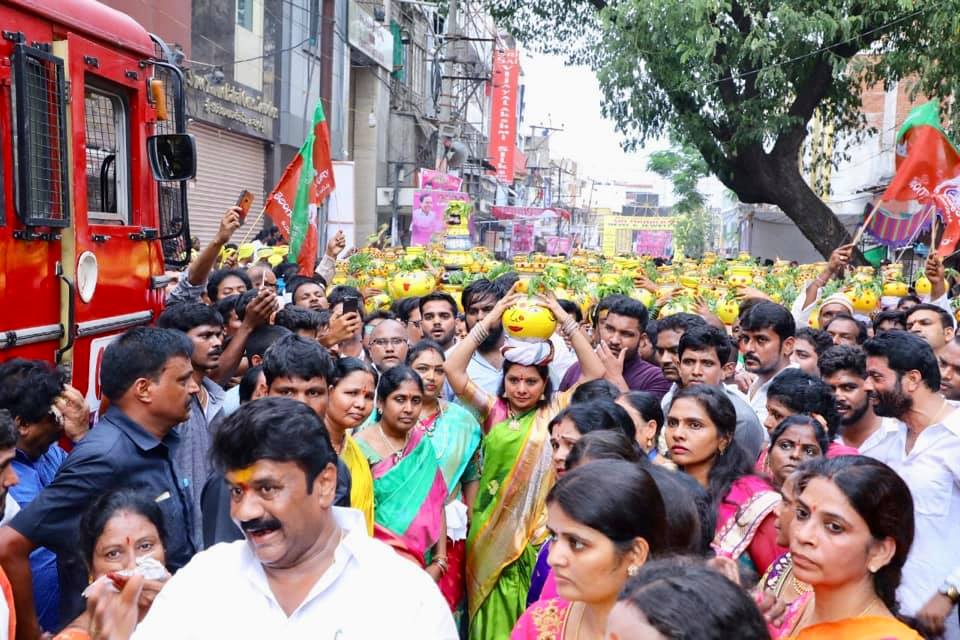 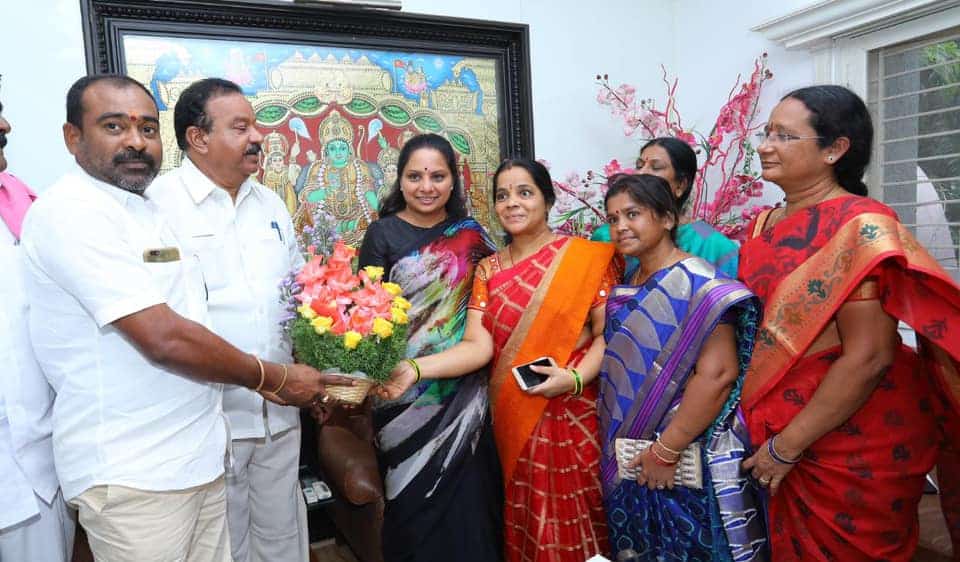 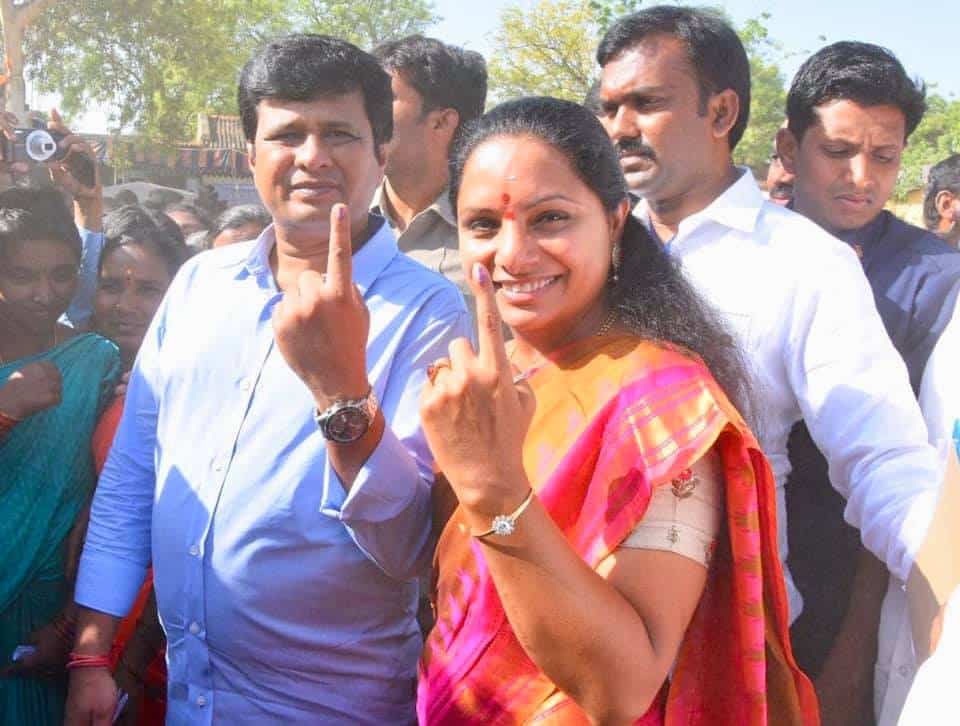 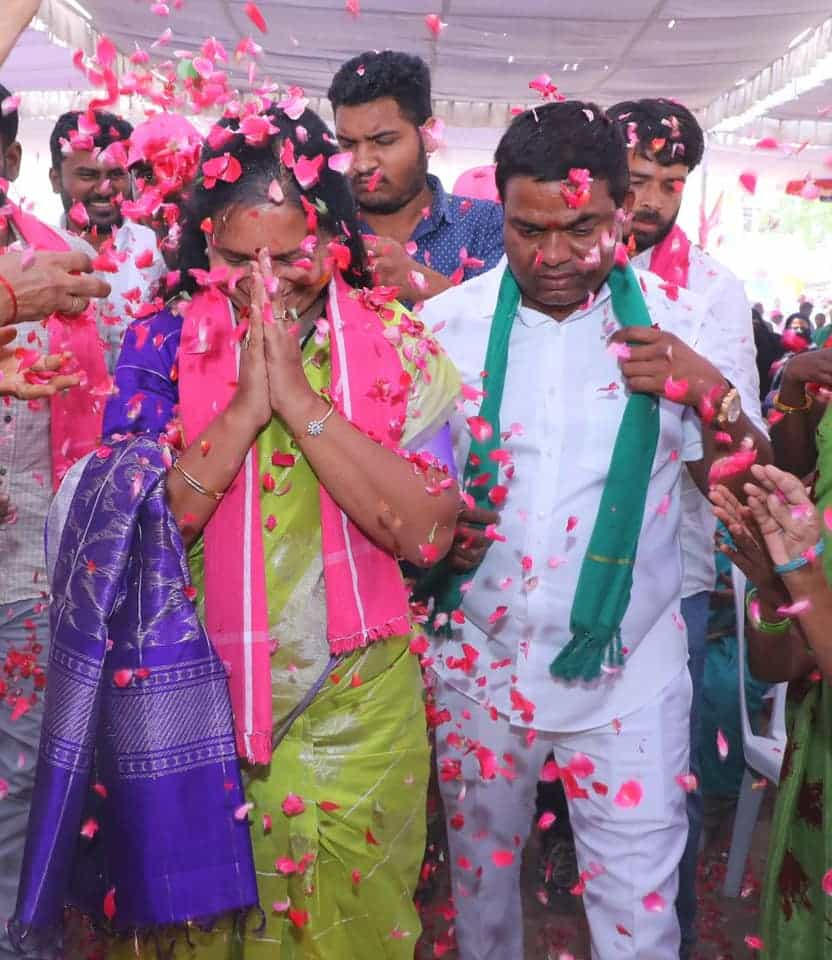 in Computer Science from University of Southern Mississippi

of Telangana chapter of Bharat Scouts and Guides (BS&G) Association

of  Standing Committee on Commerce

of Panchayati Raj and Drinking Water and Sanitation

Sandeep, please be assured I will try my level best to ensure that Dayanvith is able to get the treatment.
Please send me a DM with the contact details of the family. https://t.co/x13jMmJVks

I salute the journey of Vinay and his mother. It is an honour for me to be able to help them. Their persistence as individuals and as a family is an inspiration. pic.twitter.com/ghrSxwSFrz

The choice that our frontline workers have made in line of duty, despite being exposed to the danger themselves, shall be my driving force forever. I'm deeply indebted to them & all the unsung heroes for their tireless resolve & love for the country. #HappyIndependenceDay pic.twitter.com/27x8TkYWRa

My heartiest congratulations to Sankirth Garu for securing 330th rank in 2019 Civil Services Exams. I felicitated him upon his remarkable success and wished him all the very best pic.twitter.com/rw0L360x3w

We lost a veteran in scouting community today. My prayers are with the family. RIP sir !! @BharatScouts pic.twitter.com/WiCnXyCm1m

Let us all do our bit to protect our Mother Earth !!#WorldEnvironmentDay #NurtureTheNature pic.twitter.com/FHDk82EKkZ