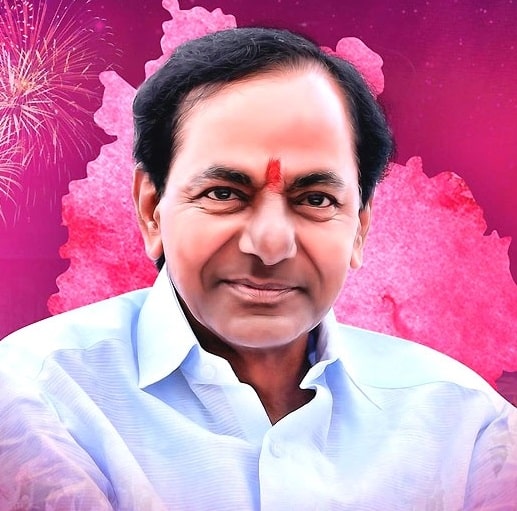 Kalvakuntla Chandrashekar Rao better known as K.C.R is the Chief Minister of Telangana and MLA(Member of  Legislative Assembly)  in Gajwel, Siddipet, Telangana. KCR was born on 17-02-1954 to Kalvakuntla Raghava Rao and Venkatamma at Chintamadaka village of Siddipet Mandal in Medak District, Telangana. From 1972-1975, he Completed a Degree B.A. from Government Degree College in Siddipet, Medak Dist. He attained a MA in Literature from Osmania University, Hyderabad. He hails from an Agriculture Family.

Chandrashekar Rao began his political career with the Youth Congress Party in Medak district. In 1983, KCR joined the Telugu Desam Party(TDP) and contested as an MLA  against A. Madan Mohan and lost. From 1985-1999, KCR appointed and worked as an MLA of TDP in Siddipet. From 1987–1988, he worked as Minister of Drought & Relief in Chief Minister N. T. Rama Rao’s cabinet. In 1990, He was appointed as TDP Convenor for Medak, Nizamabad, and Adilabad districts. In 1996, He worked as Minister of Transport in Chief Minister Nara Chandrababu Naidu’s cabinet. From 2000–2001, He also served as the Deputy Speaker of the Andhra Pradesh Assembly.

On 27 April 2001, Rao resigned as Deputy Speaker, TDP Party as well. He stood for the people of the Telangana region who were being discriminated against and believed that a separate state is the only solution. In April 2001, He formed the Telangana Rashtra Samithi (TRS) Party at Jala Drushyam, Hyderabad to Achieve Telangana Statehood. In 2004, KCR won the Siddipet State Assembly Constituency(MLA) and also the Member of Lok Sabha Constituency(MP) in Karimnagar both as a TRS candidate. The TRS fought the 2004 general elections in alliance with the Indian National Congress with a Promise of Congress Party to give Telangana State and Rao was one of the five TRS candidates who was returned as MPs.

TRS was part of the United Progressive Alliance coalition government, led by Congress. He went on to become a Union Cabinet Minister of Labour and Employment in the United Progressive Alliance government at the Centre with his party colleague Relay Narendra was Minister of Rural Development and Jannu Jakaraiah Chairman for National Minimum Wages Advisory Board. The party later withdrew from the coalition, saying that the Alliance was not minded to support a separate Telangana state. He has resigned as MP in 2006 on a challenge of Congress and won with a Huge Majority of more than 200,000 votes. Again he resigned as MP in the agitation of the Telangana movement and won with a minor Majority.

In 2009, Rao fought and won the MP, Mahbubnagar Lok Sabha elections. In November 2009, he started a fast-unto-death, demanding the introduction of the Telangana Bill in the Indian Parliament. After 11 days of beginning his fast, the Central Government said yes to Telangana as a separate state.

The TRS party fought the General elections as part of the opposition coalition led by TDP. In 2014, KCR  was elected as MLA from Gajwel Assembly Constituency of Medak Dist of Telangana State with a majority of 19,218 and as MP from Medak with a majority of 397029 on 16 May 2014.

After the formation of Telangana State:

KCR is the leader and Founder of the Telangana Rashtra Samithi, a regional party in India. In Telangana, the TRS, which led the campaign for a separate State for more than a decade, emerged victorious by winning 11 of the 17 Lok Sabha seats and 63 of the 119 Assembly seats and emerged as the party with the largest vote share.

KCR was sworn in as the first Chief Minister of the Telangana state at 12.57 pm on 2 June 2014. Rao, a staunch believer in astrology, numerology, and Vaastu, is reported to have fixed this time for his inauguration as per the advice of priests to suit his lucky number ‘six’. KCR was Re-Elected 8 times as TRS President.

KCR  welfare programs are aimed at reviving the rural economy and are focused on the development of each community. An intensive household survey, Samagra Kutumba Survey (SKS) was done in a single day on 19 August 2014 across the state to arrive at citizen information for rolling out welfare programs. The data collected pertaining to 94 parameters, covered one crore of four lakh households in the State. In 2018, KCR was the Chief Minister of TRS Party Telangana.

In order to implement the nationwide lockdown to combat the 2020 coronavirus pandemic in India, Rao threatened that if the curfew was not followed, he would issue orders for violators of the curfew to be shot on sight. 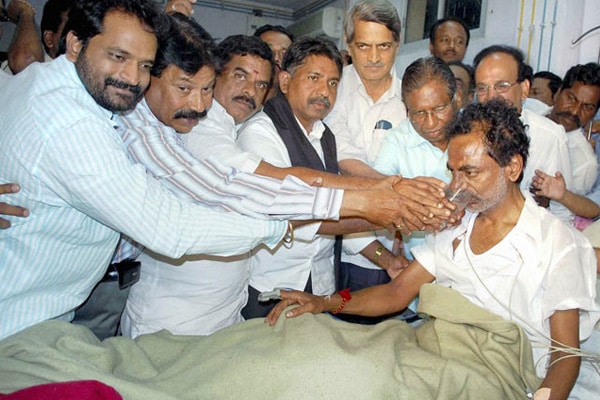 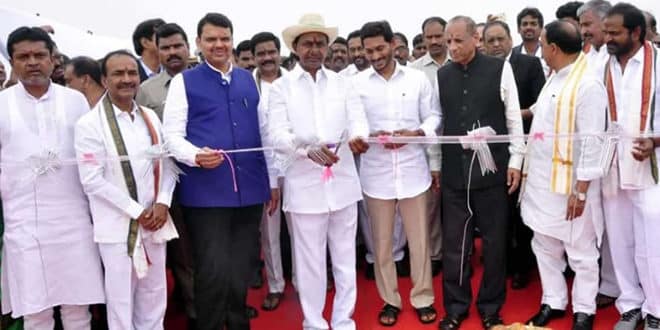 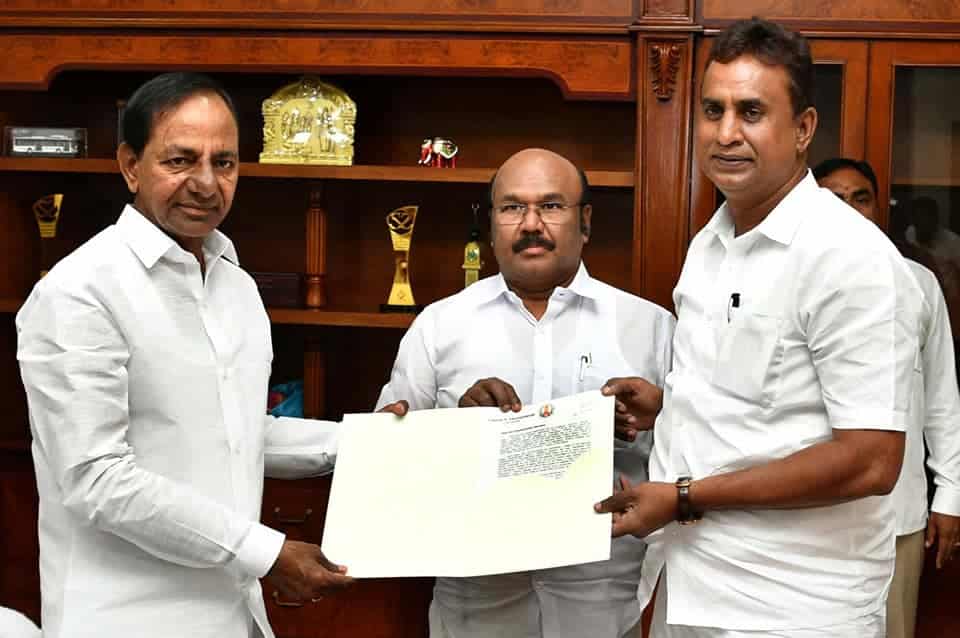 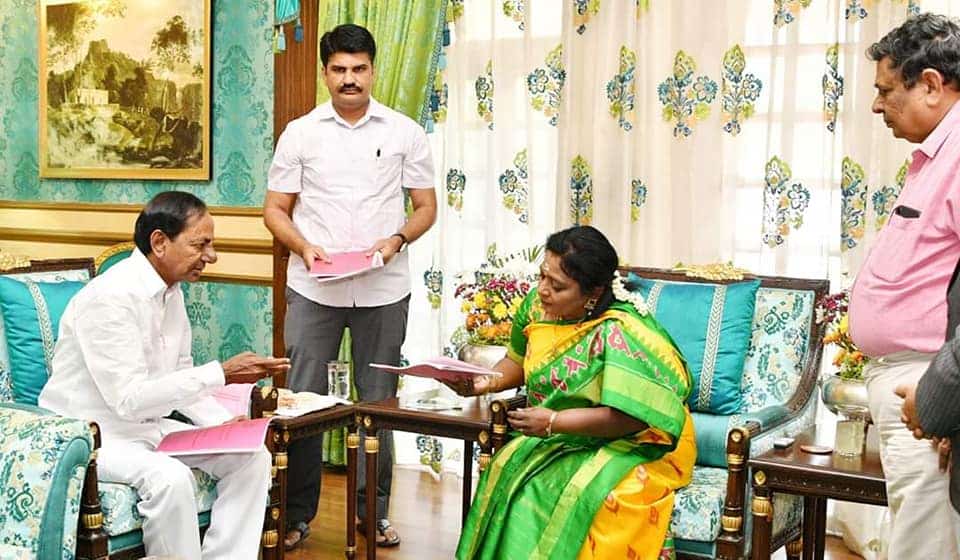 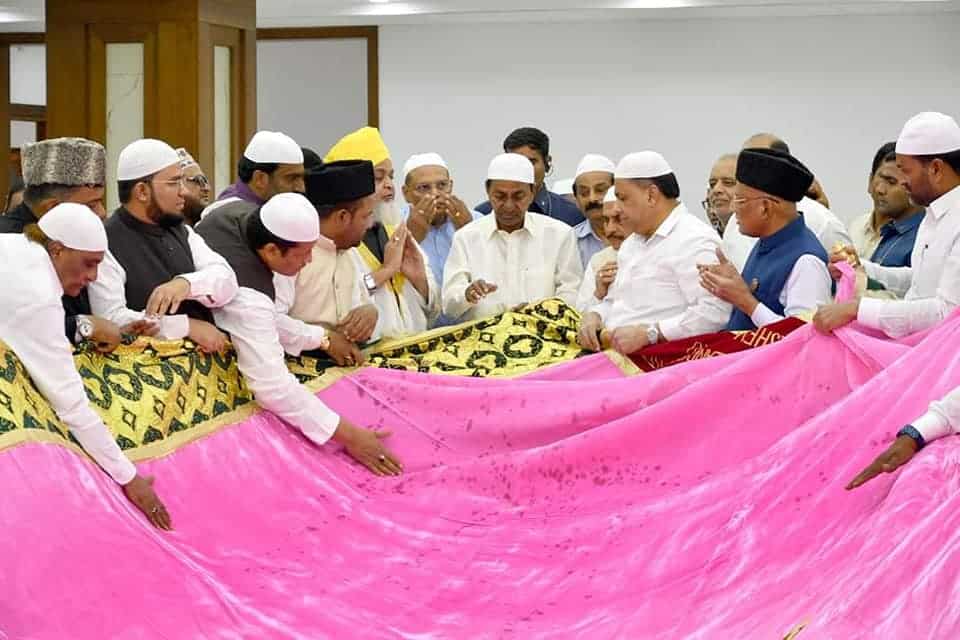 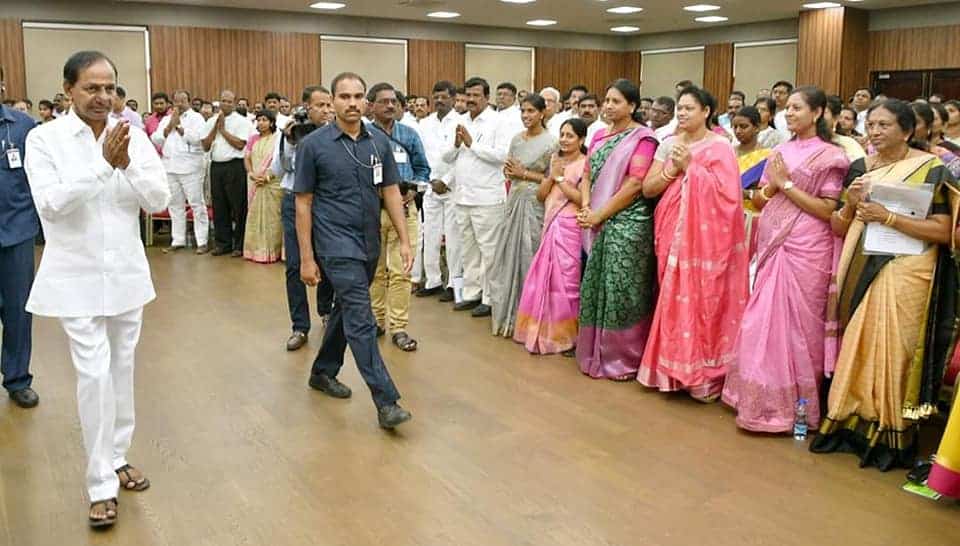 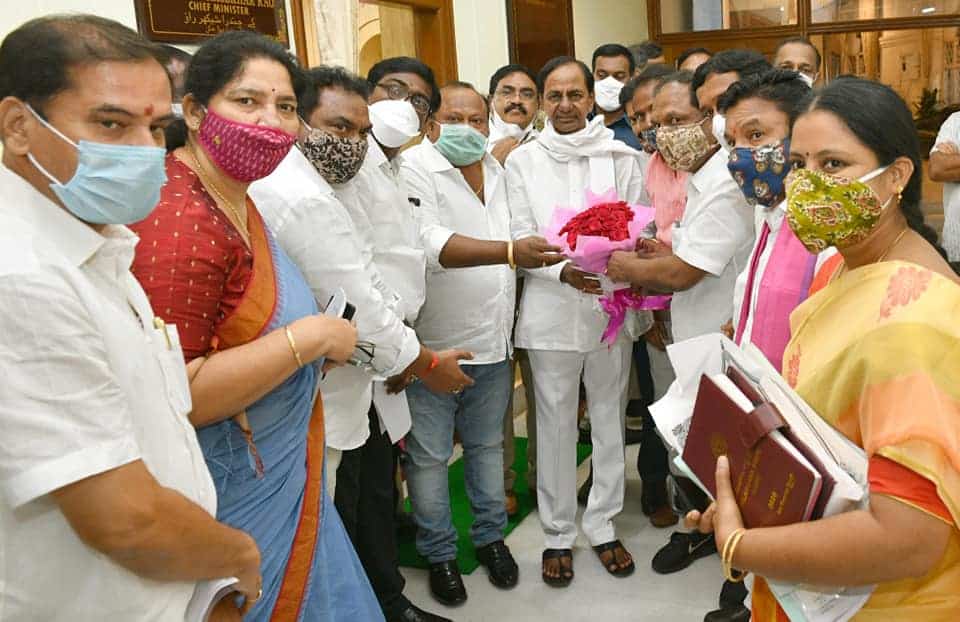 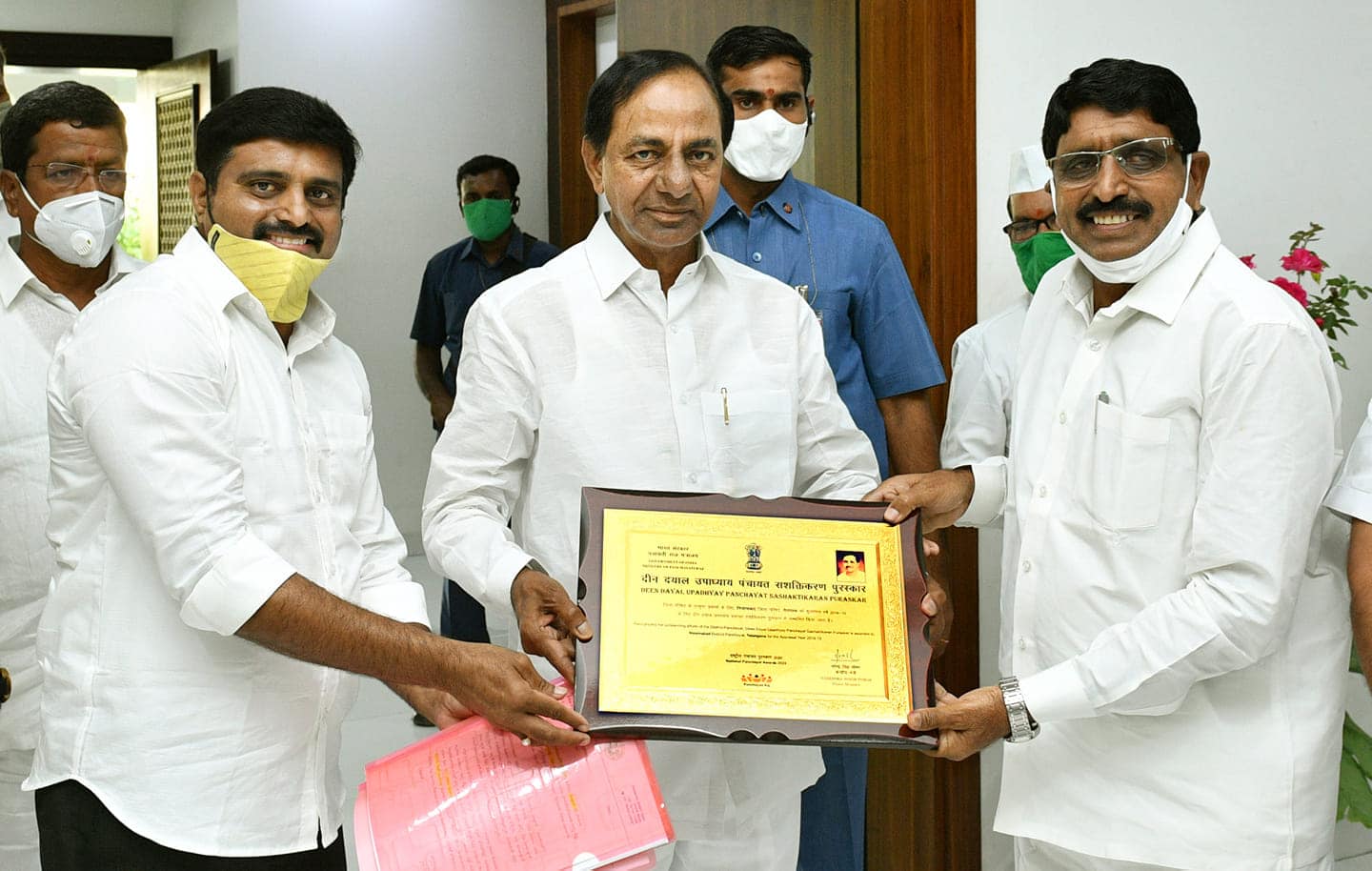 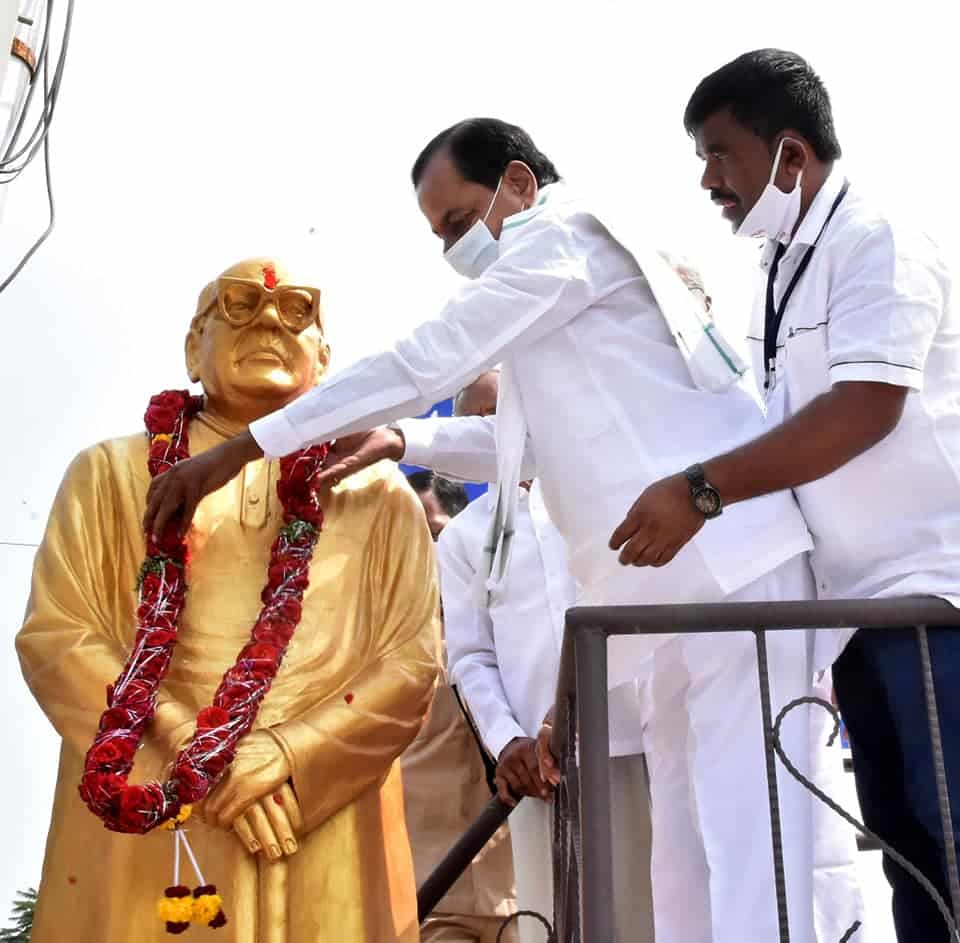 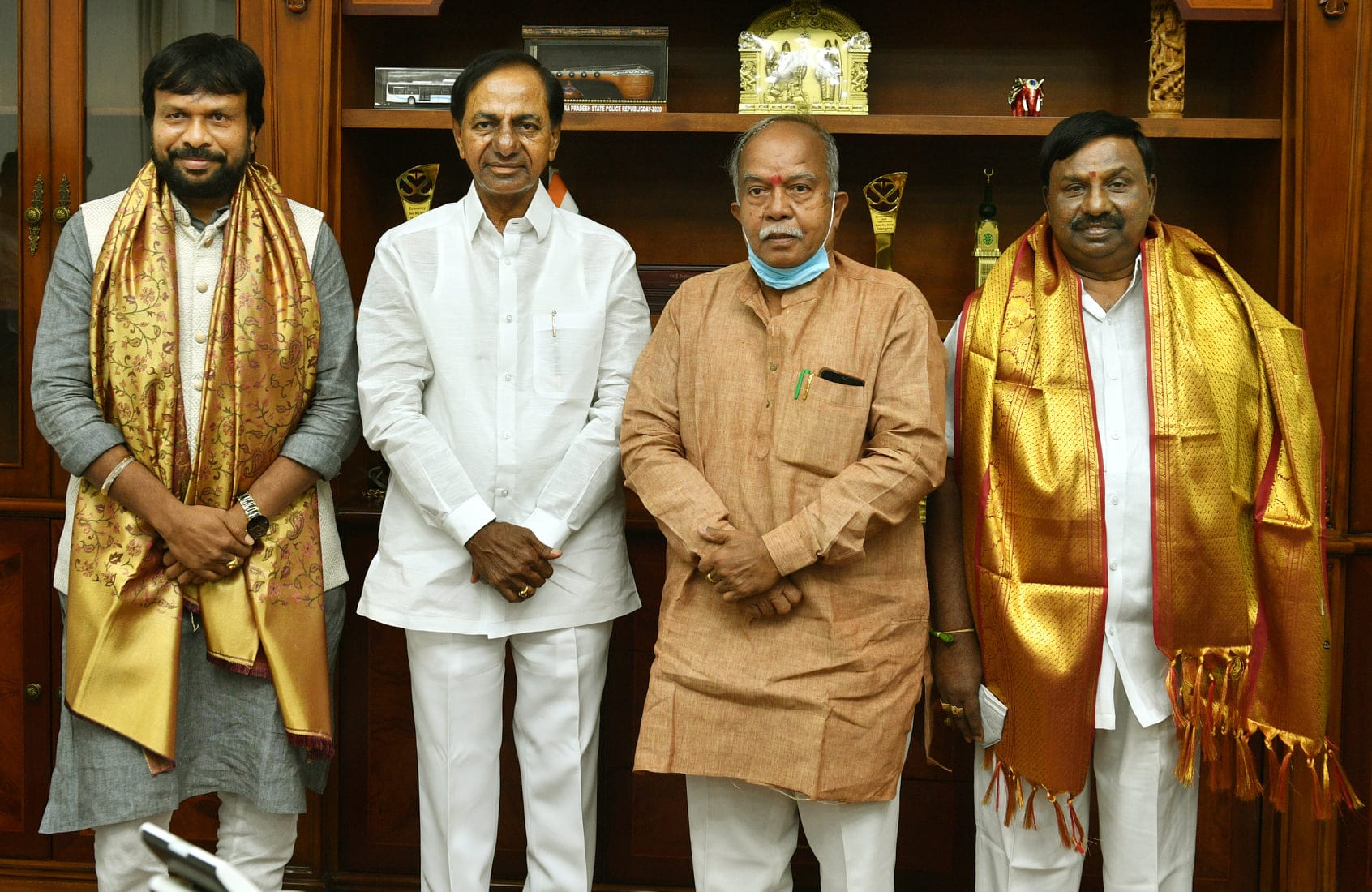 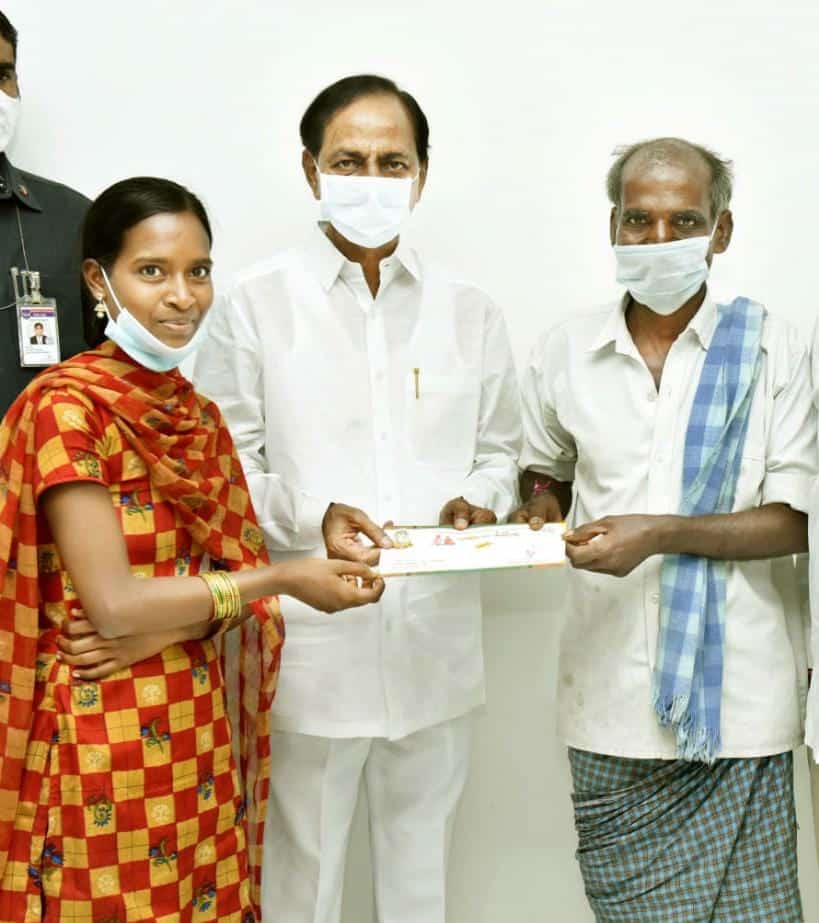 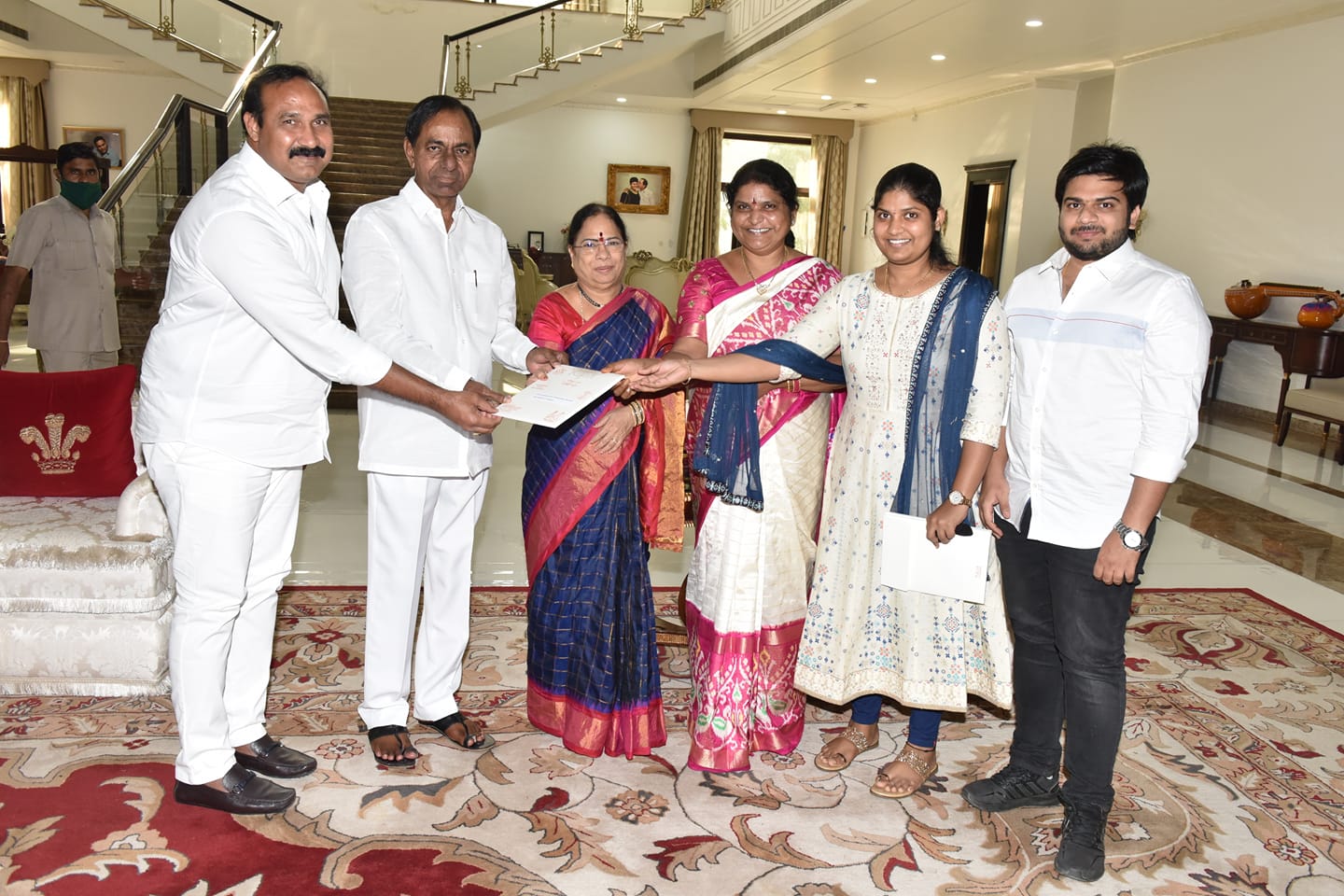 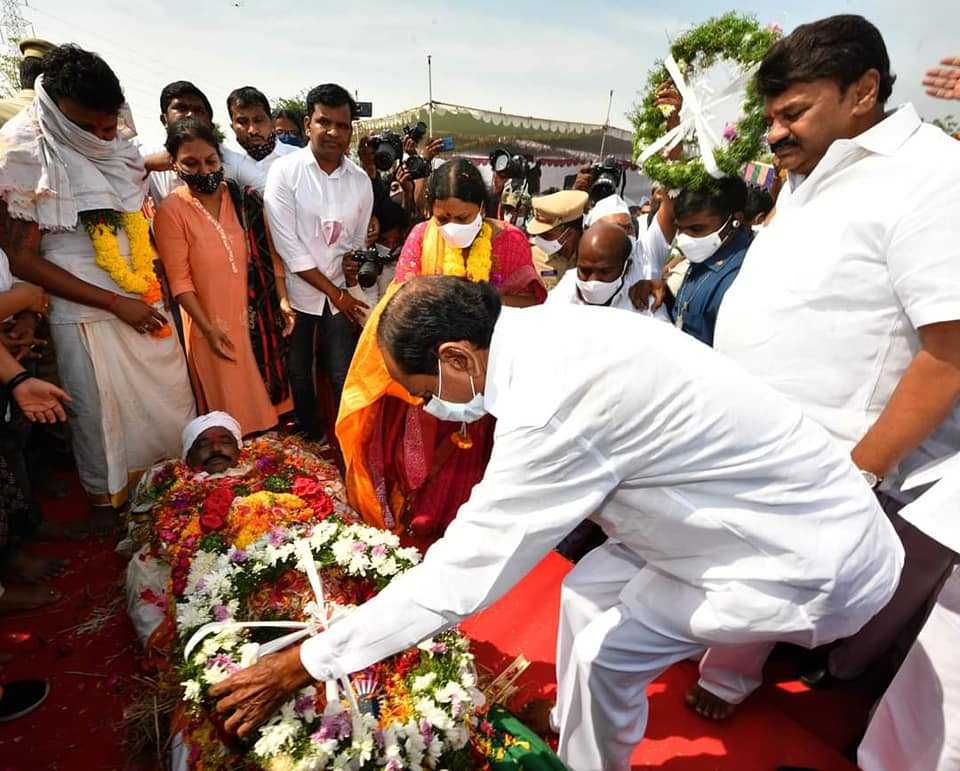 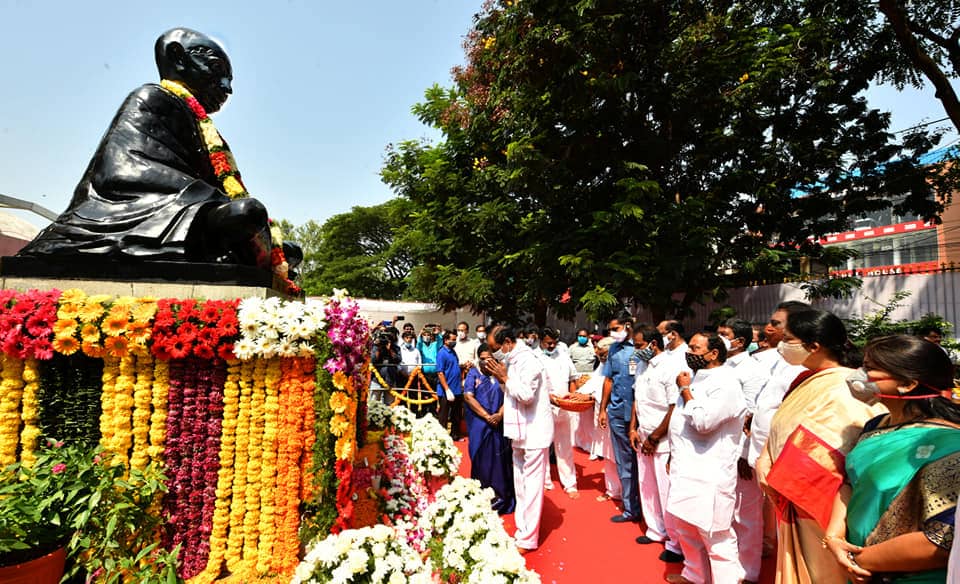 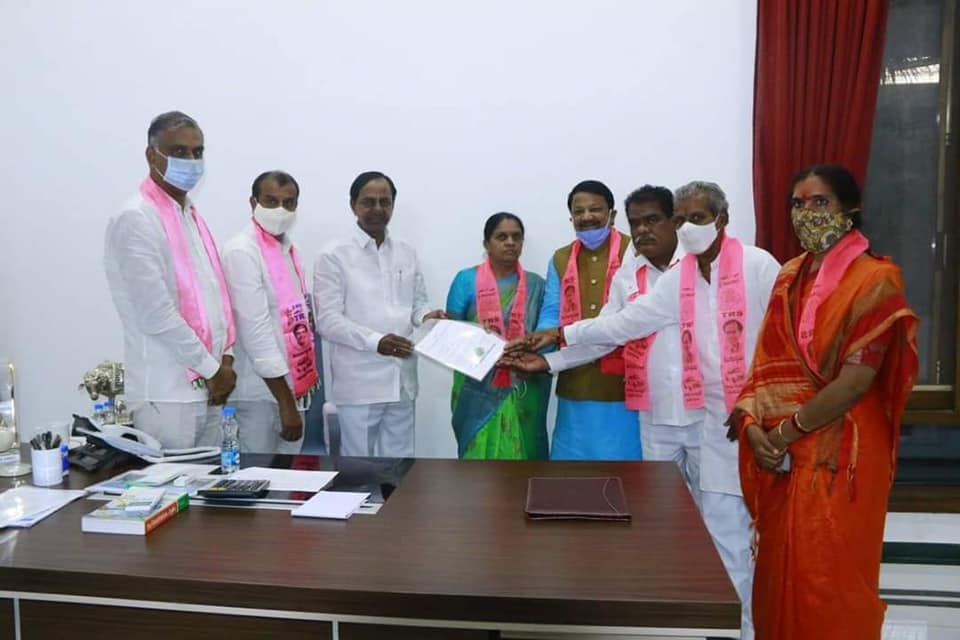 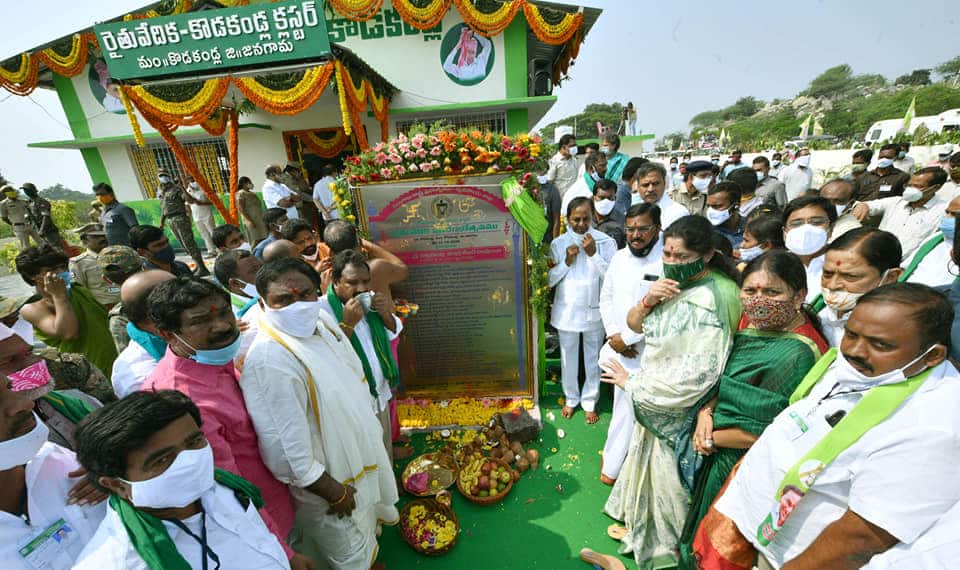 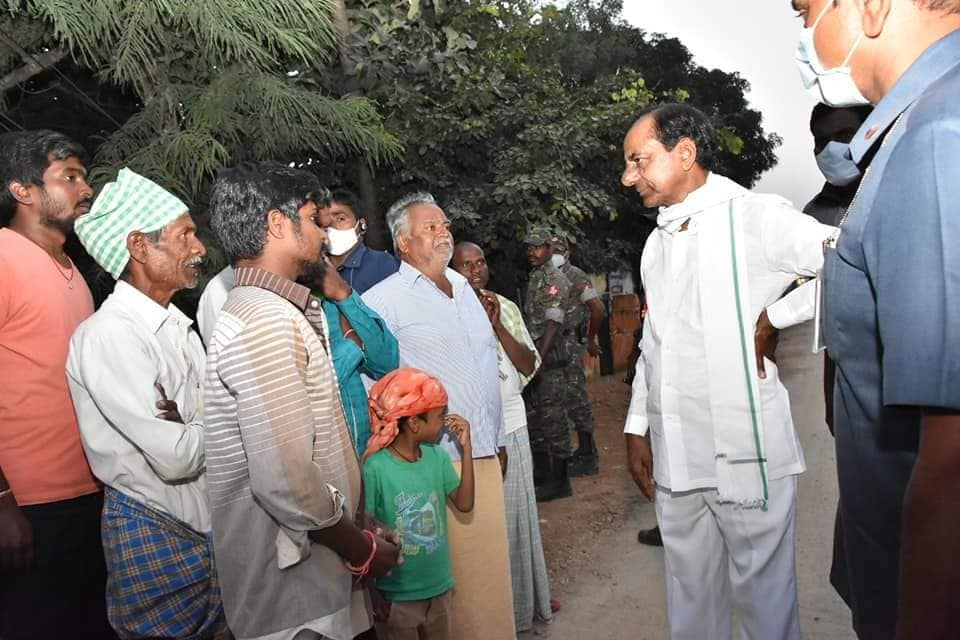 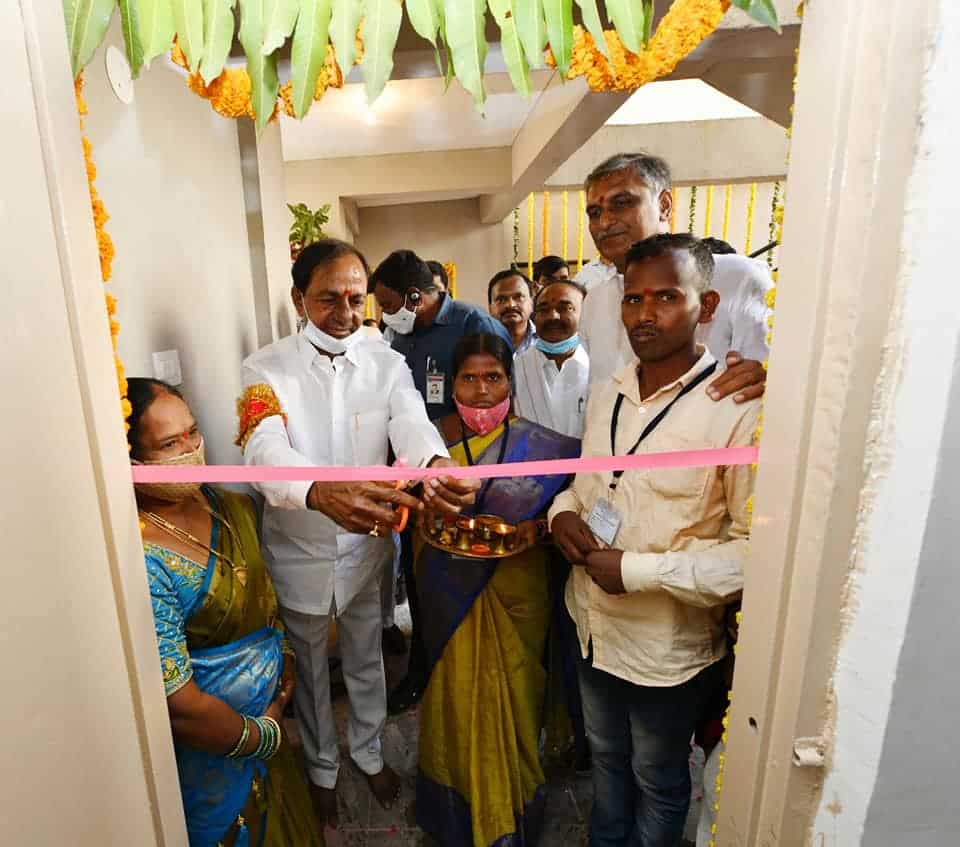 of TDP in Siddipet.

Minister of Drought & Relief in Chief

of TDP in Andhra Pradesh.

for Medak, Nizamabad, and Adilabad districts of TDP

Minister of Transport in Chief Minister

of TDP in Andhra Pradesh

of TRS in Siddipet.

Member of Lok Sabha Constituency(MP) in Karimnagar of TRS.

Minister of Labour and Employment

of TRS in Mahbubnagar

of TRS Party in Gajwel.

from Medak of TRS

of the Telangana Rashtra Samithi

of TRS in Gajwel

of TRS Party in Telangana

CM Sri KCR declared that to recall and remember the greatest services rendered by the multi-faceted personality, former Prime Minister Sri PV Narasimha Rao, it was decided to organise his birth Centenary Celebrations for one year on behalf of the Government of Telangana. pic.twitter.com/nSVYaDdUu1

Kalyana Lakshmi/ Shaadi Mubarak Scheme, a novel welfare scheme introduced by the Govt of Telangana provides financial assistance of ₹1,00,116 for marriages in financially distressed families in the State. The scheme is also aimed at preventing child marriages#6YearsOfTelangana pic.twitter.com/YKATQZo61R

Several individuals and organisations/ institutions have contributed to the CM Relief Fund to aid the measures taken up Telangana Govt. to prevent the spread of #Coronavirus and to provide relief to the needy during the lockdown. See https://t.co/lukJ0hQDnX for all the donations. pic.twitter.com/h2ykj7I0Ig

Several individuals and organisations/ institutions have contributed to the CM Relief Fund to aid the measures taken up Telangana Govt. to prevent the spread of #Coronavirus and to provide relief to the needy during the lockdown. See https://t.co/lukJ0hQDnX for all the donations. pic.twitter.com/h2ykj7I0Ig