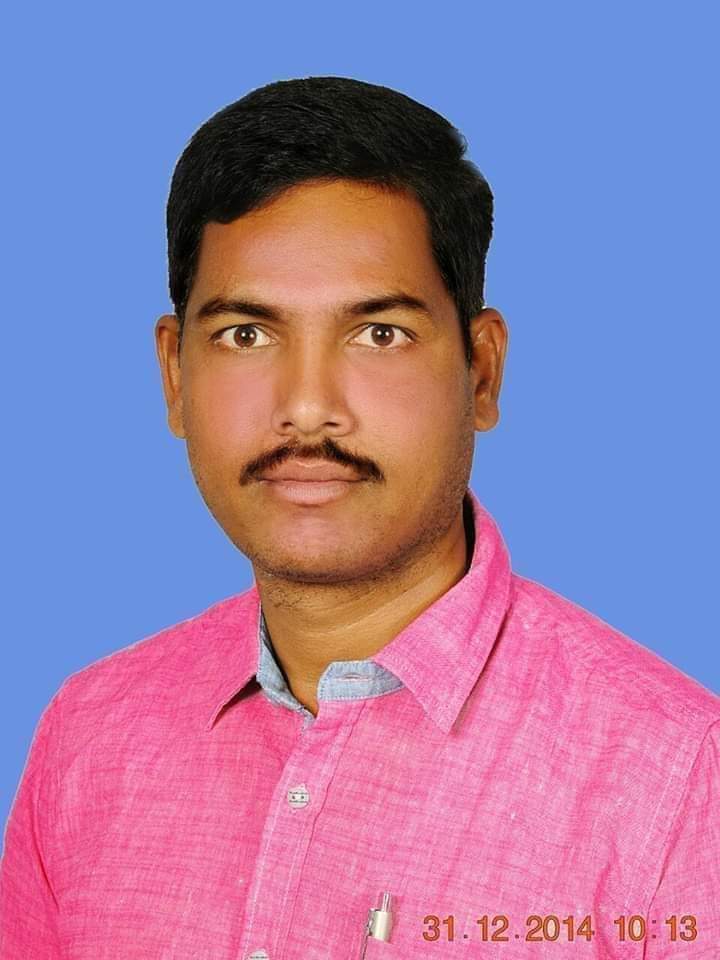 Jella Guruvaiah Goud is the PACS Chairman and Mandal President of Charakonda from the TRS party. He was born on 03-August-1980 in Charakonda. His parents were Ramchandraiah Goud and Sailamma.

In 1996, Guruvaiah Goud completed his schooling at ZPHS near Charakonda and received Intermediate from Govt junior college located at Devarakonda.

By his Profession, he is a Civil Contractor and worked as Supervisor at Gachibowli.

Guruvaiah officially entered into his political career with the Student’s Federation of India(SFI) and started fighting over students issues. His active participation in the SFI promoted him to Member of the District Executive Committee and worked from 1994-1998.

Guruvaiah switches over the Indian National Congress(INC) party in 2004 and was selected as Mandal Youth Leader. In 2009, Guruvaiah left the Congress party and joined the Telangana Rashtra Samiti(TRS).

He has participated in all the movements from 2009-2014 and worked for the victory of the party. He took part in every activity take place in Joint Mahabubnagar district, Charakonda village. Participated in every election campaign and worked hard to get the best result.

The Telangana movement refers to a movement for the creation of a new state, Telangana, from the pre-existing state of Andhra Pradesh in India. After several years of protest and agitation, the central government, under the United Progressive Alliance, decided to bifurcate the existing Andhra Pradesh state, and on 17-February-2014, the Union Cabinet unilaterally cleared the bill for the creation of Telangana. Lasting for almost a decade, this has been one of the most long-lasting movements in South India.

Guruvaiah quickly became recognized as a devoted leader who understood and addressed the people’s concerns. He took Puchalapalli Sundraiah, Professor Jaya Shankar as his Inspiration.

With confidence in Guruvaiah, party officials appointed him as the Mandal President of Charakonda. He conveyed his sincere thanks to the party leaders on the occasion of his appointment as Mandal President, assuring them that he would carry out his responsibilities effectively.

In 2020, February Guruvaiah took charge as Single Window PACS Chairman and currently serving in the position.

Services led by Guruvaiah During his Mandal President Term:

-In the Gram Panchayat Elections, 14 of the 17 TRS leaders who contested for the post of Sarpanch are won under the leadership of Guruvaiah.

-Six candidates who contested as MPTC in Mandal Panchayat Elections were elected to the post of MPTC.

-The emergence of an overwhelming majority of the TRS was made possible by the Guruvaiah rule.

-“Guruvaiah worked with the aim of bringing Charakonda as the central zone in Achampet constituency”.

→ Guruvaiah was in Parliament on the day the Telangana Bill is passed on 17-February-2014.
→ He organized large-scale dharnas and rastarokos with the assistance of MLA Guvvala Balaraju in order to declare Charakonda a Mandal. Charakonda was eventually proclaimed Mandal as a consequence of his efforts.
→ The Kalvakurthi Upliftment Scheme brings 40 percent of Krishna water to the Charakonda region.

Guruvaiah’s Contribution to the Public During the Pandemic:

-He provided Essential Commodities, Masks, Sanitizers to the people on behalf of MLA Guvvala Balaraju and MPP Vijendhar.

-For families who do not even have the essentials to eat at home for the poor family, in the corona infected quarantine along with the corona tablets for them, all the members of the party volunteered to come forward and help each member of the household with a daily supply of essentials directly to their home.

-Guruvaiah told the villagers that no need to fear necessary precautions are enough for the prevention of corona.

Guruvaiah came from a middle-class family and has experienced many setbacks. He hails from an Agricultural family. He belongs to joint family 10 members are there in his family 6 sons and 4 daughters Guruvaiah is the 8th person. Guruvaiah’s political development is also influenced by his family background. 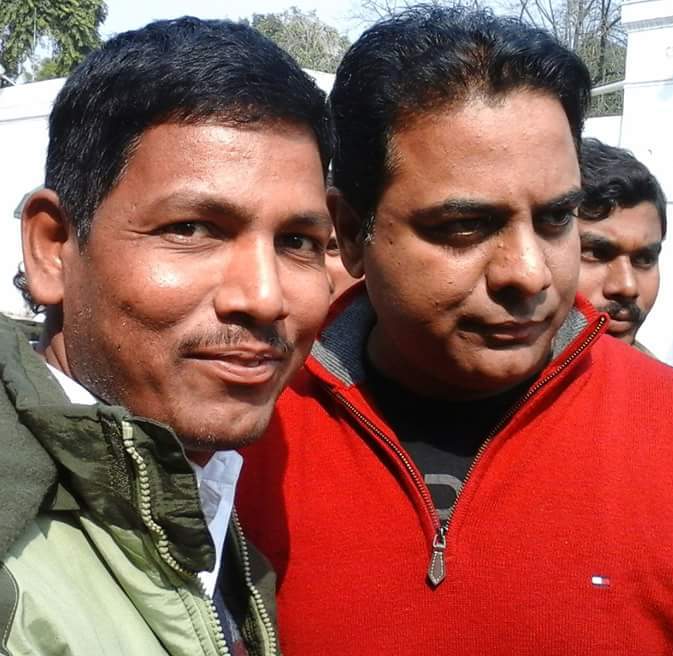 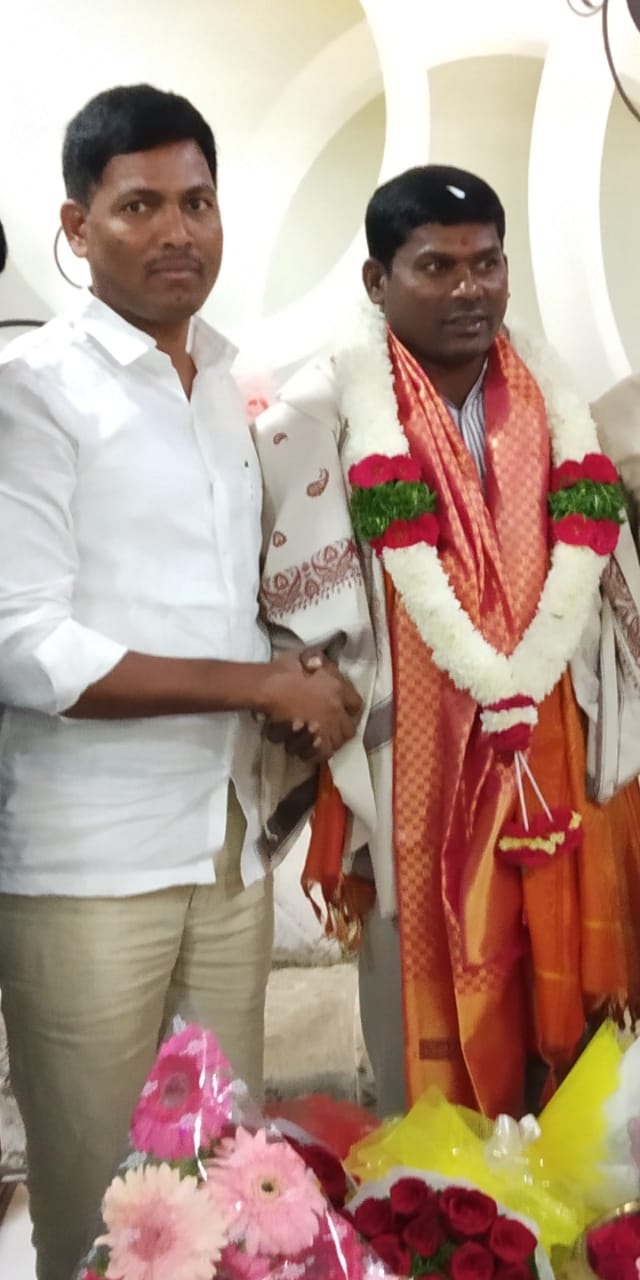 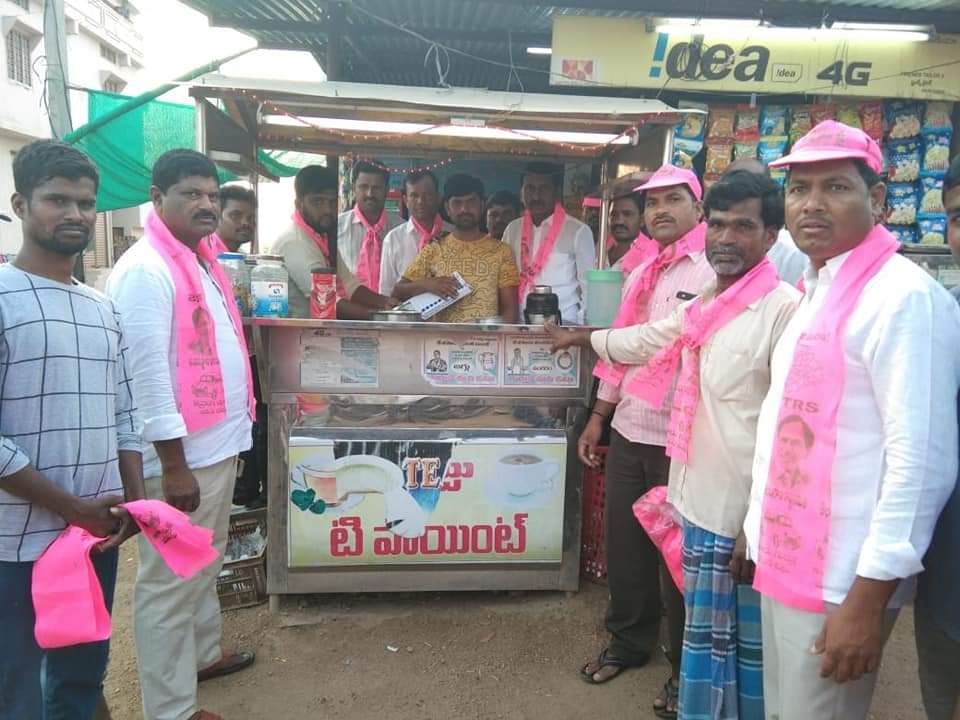 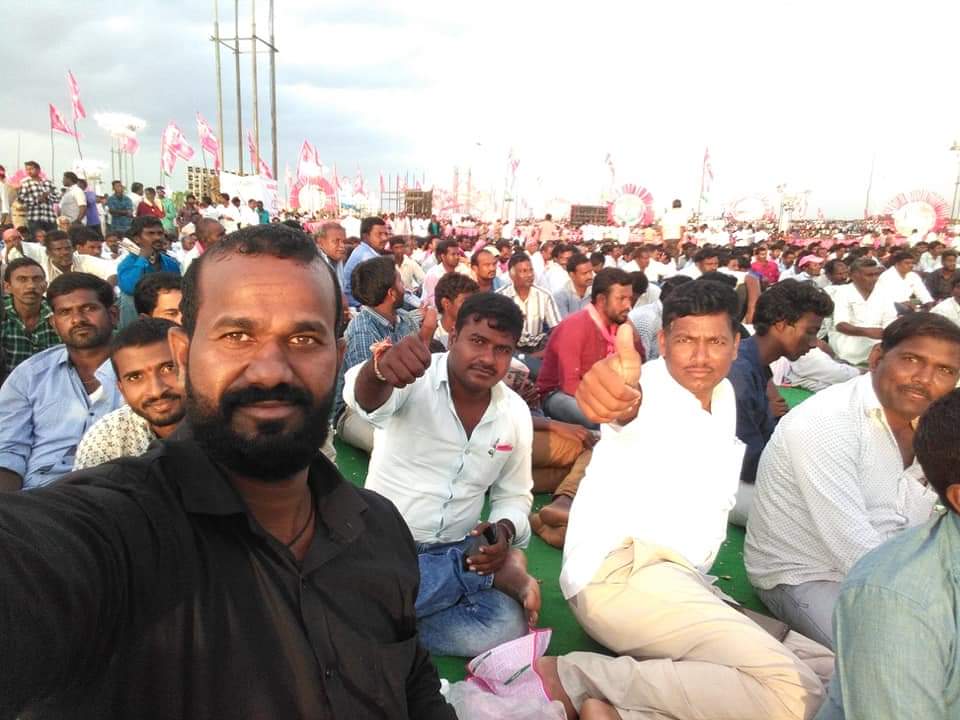 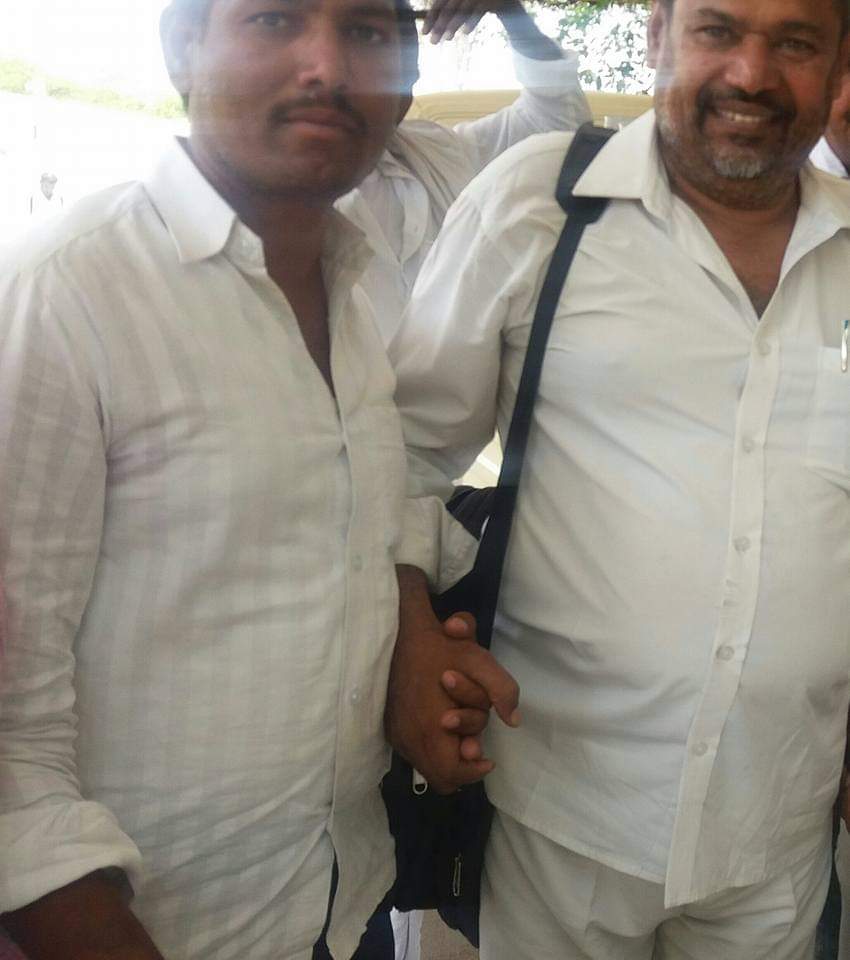 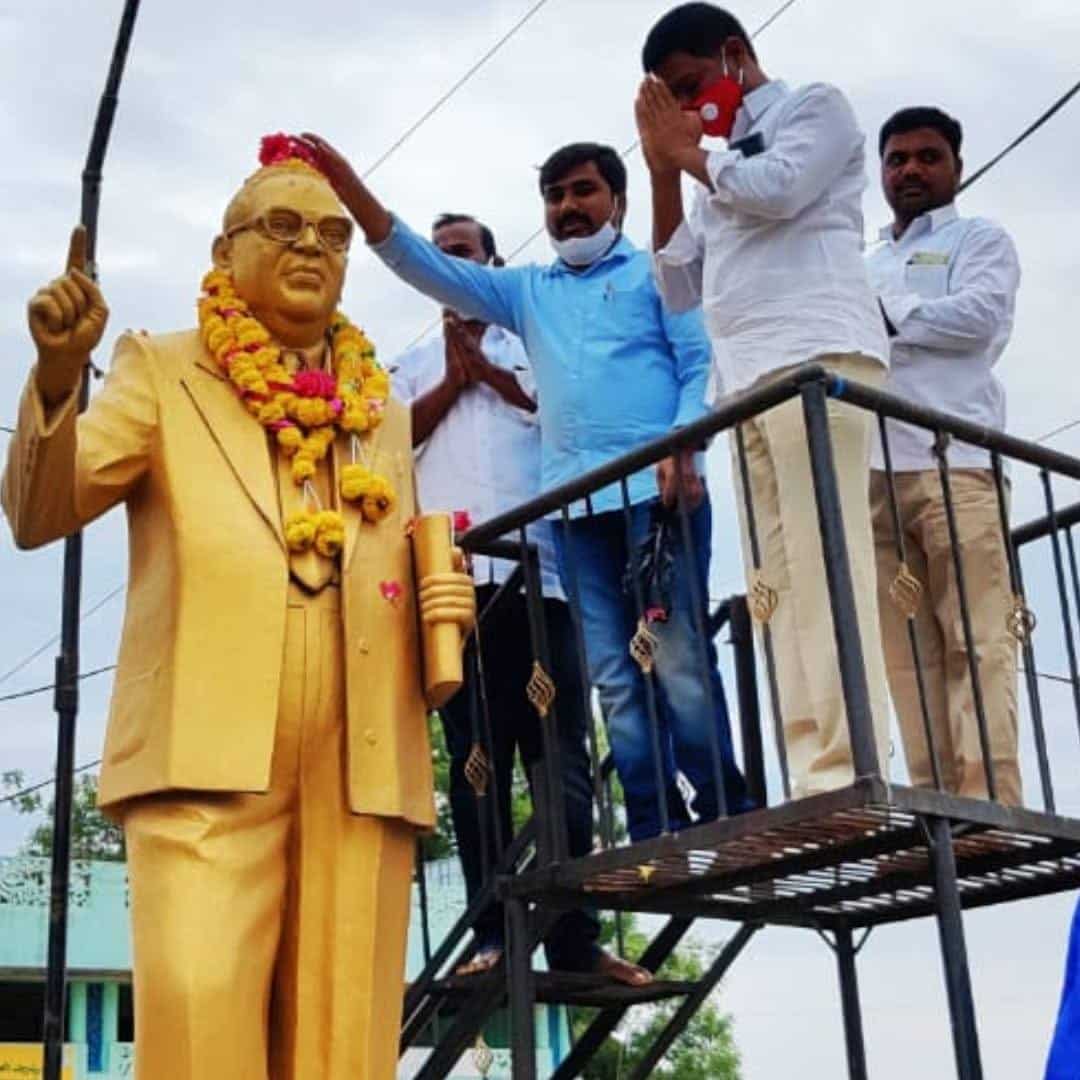 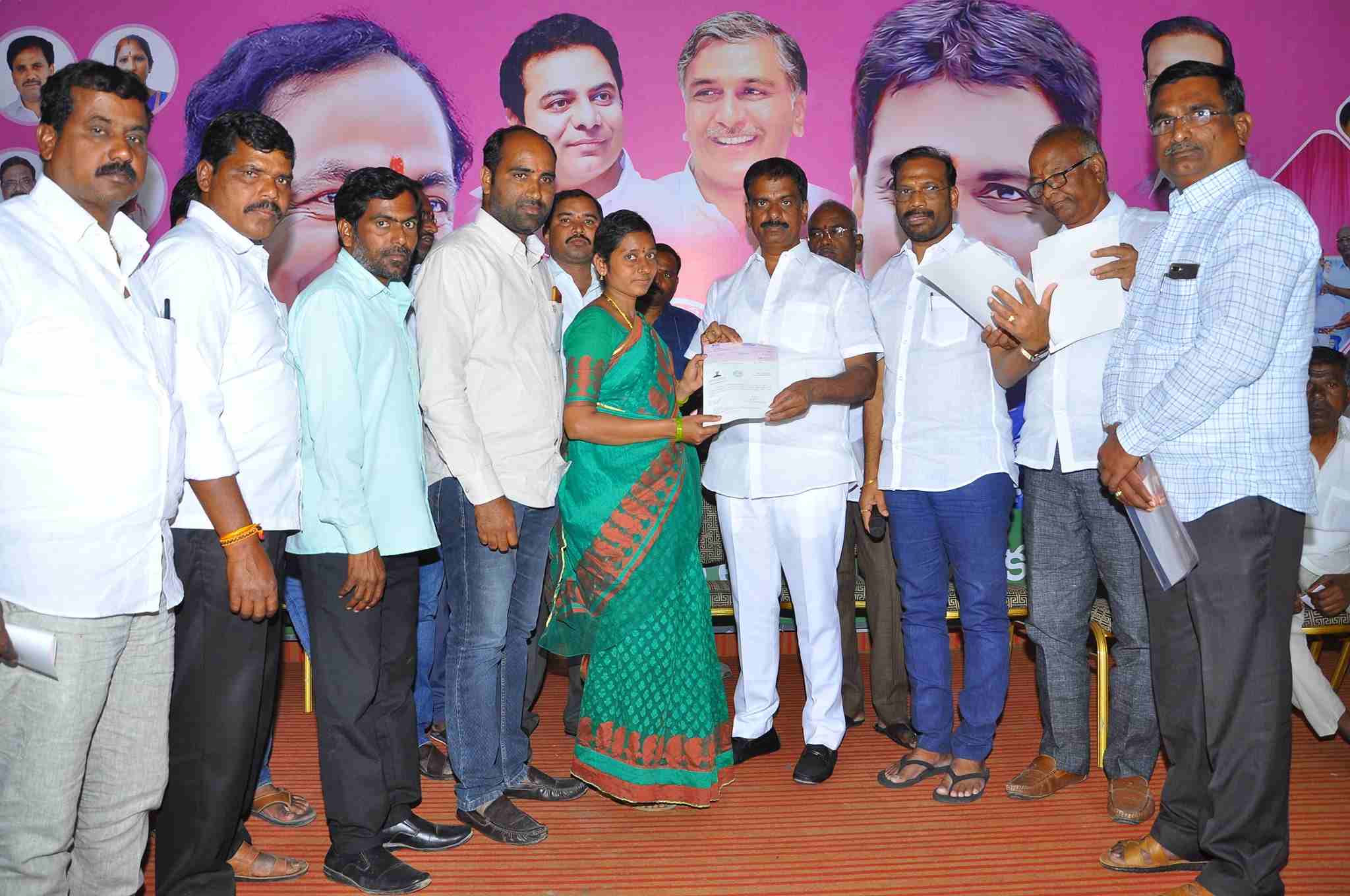 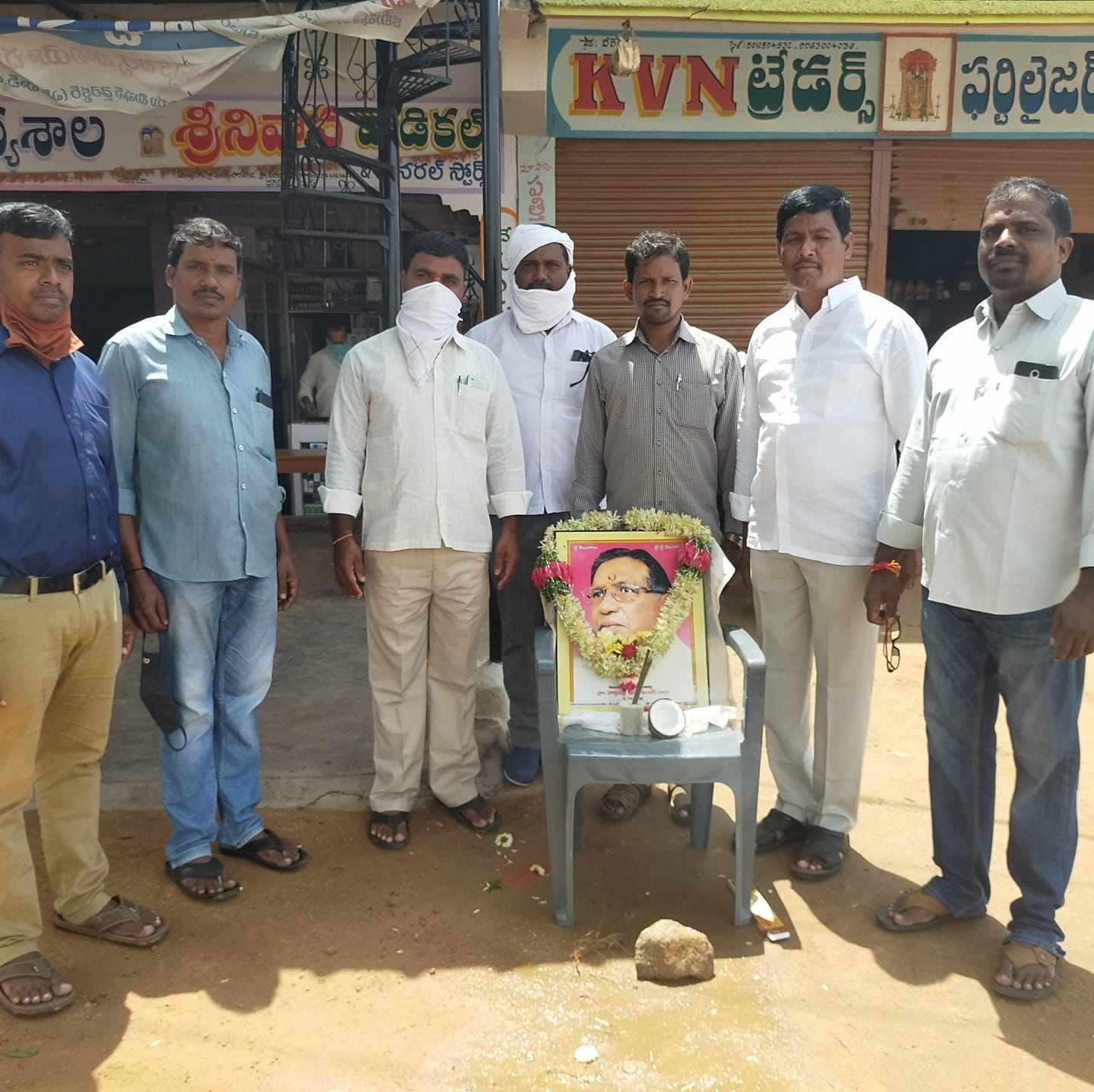 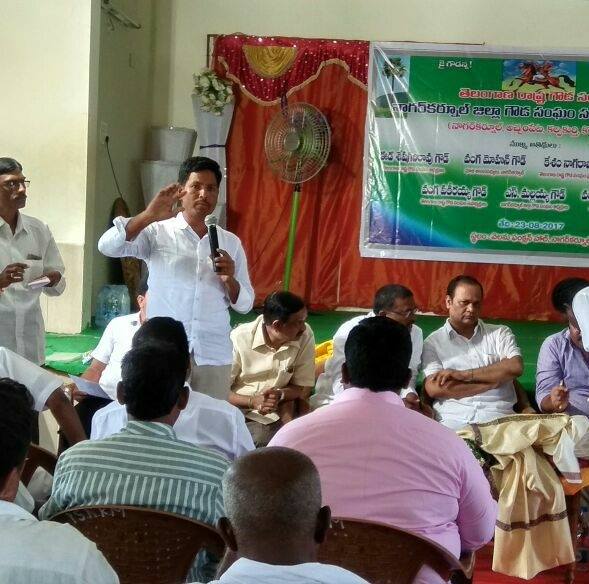 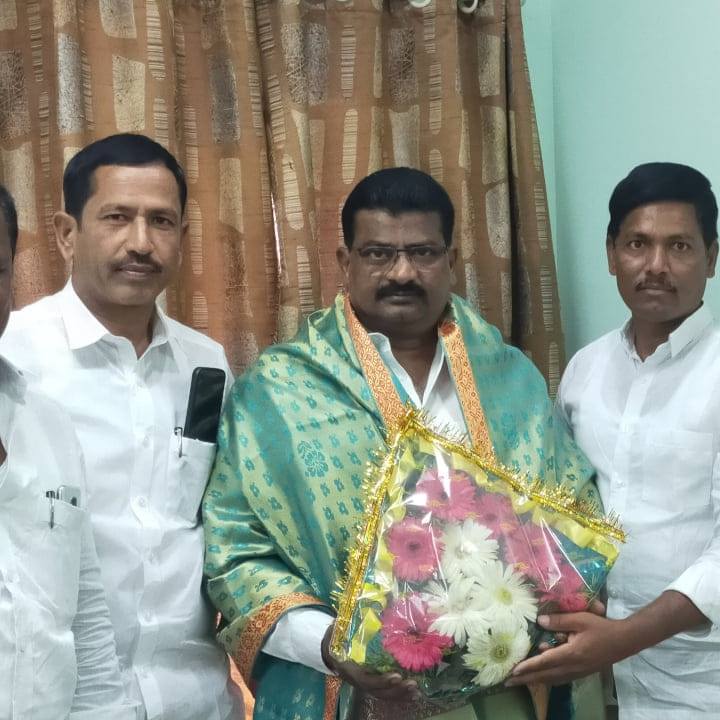 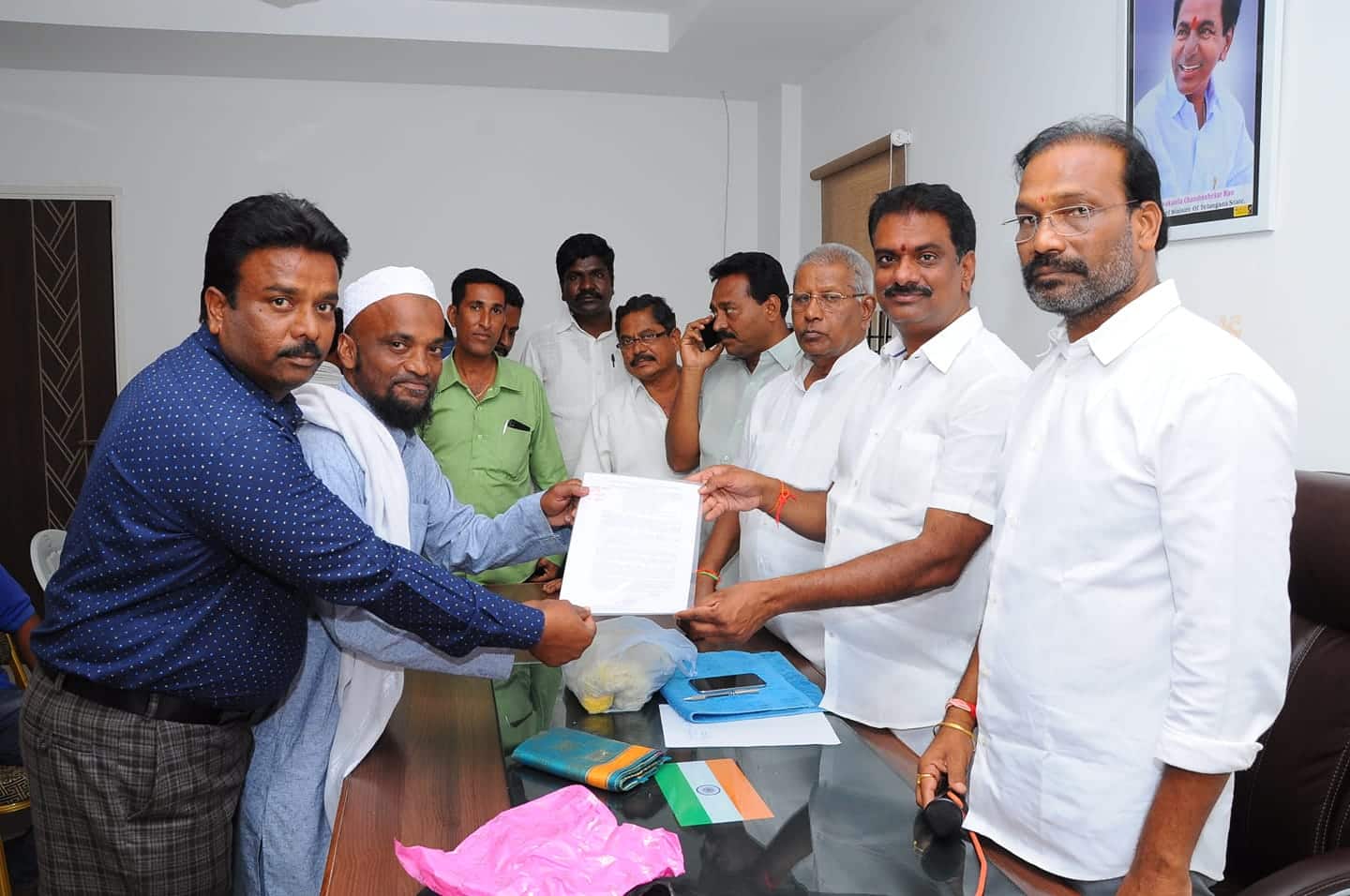 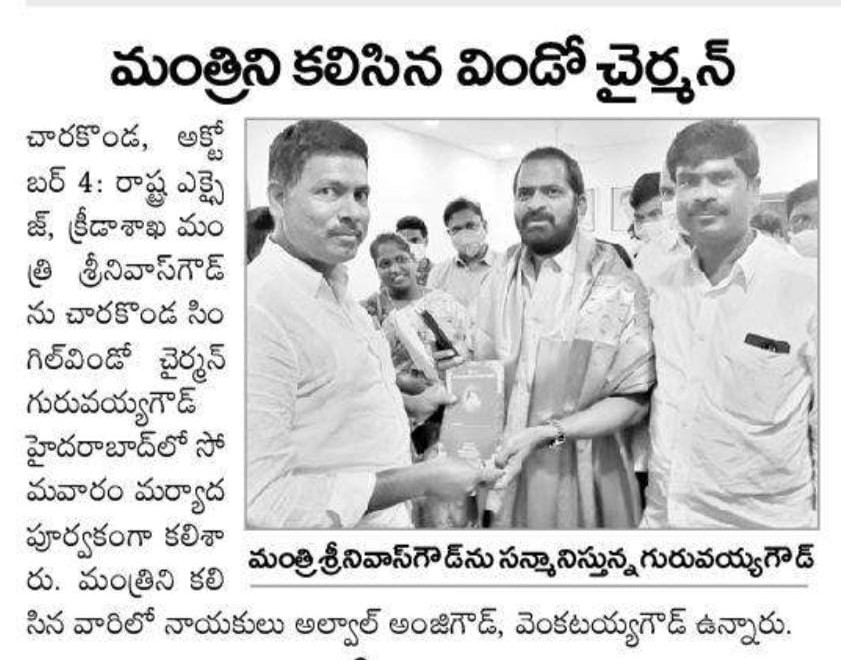 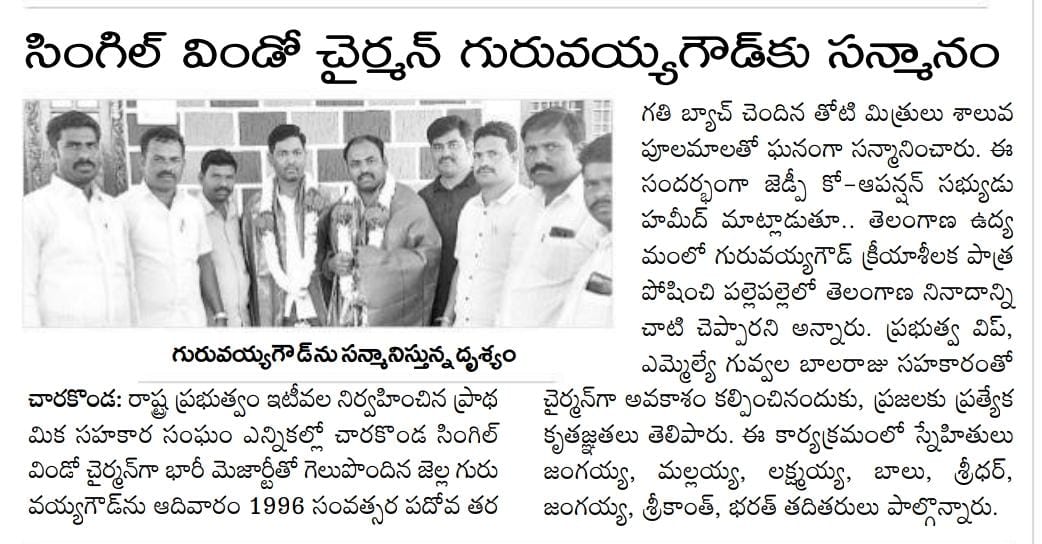 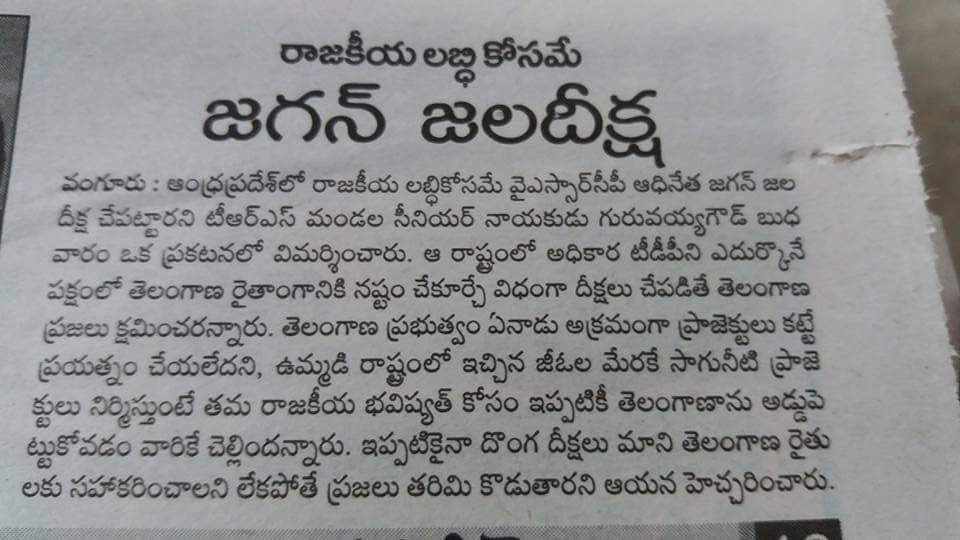 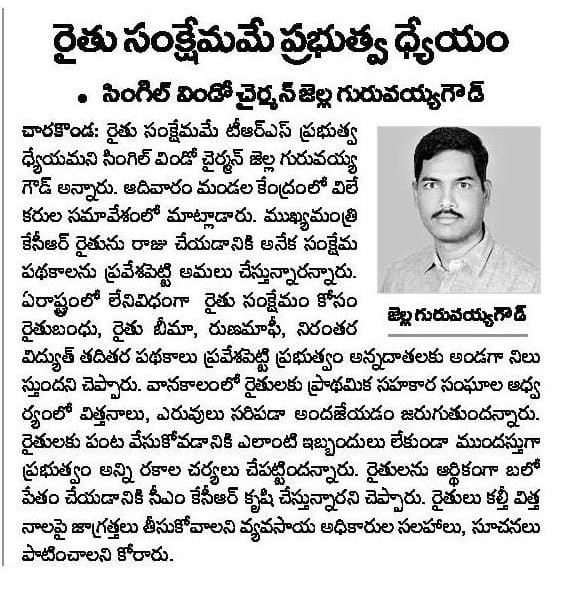 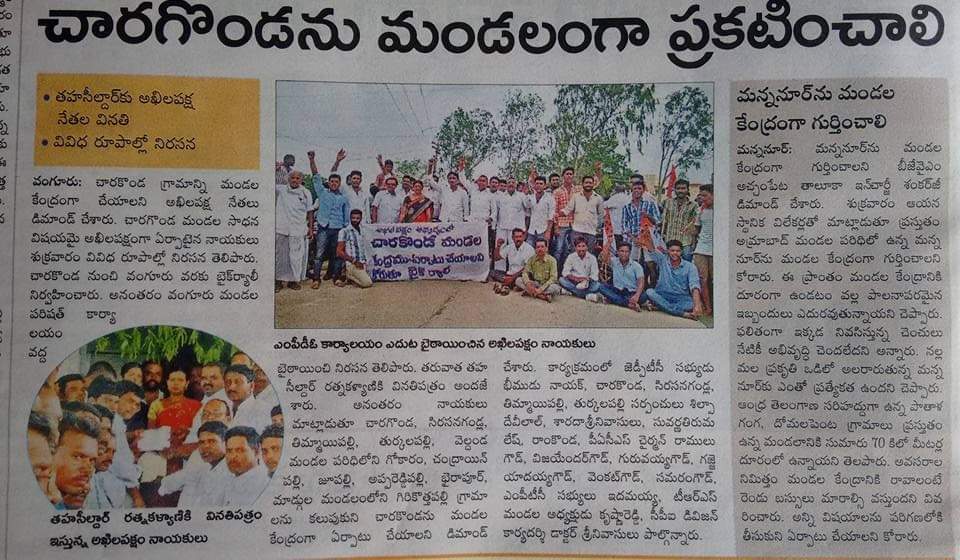 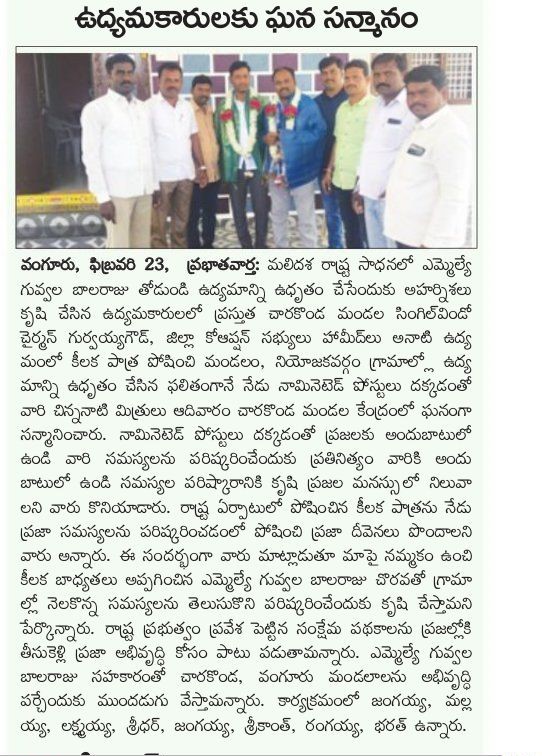 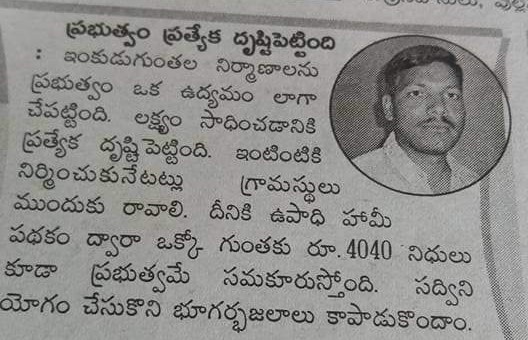