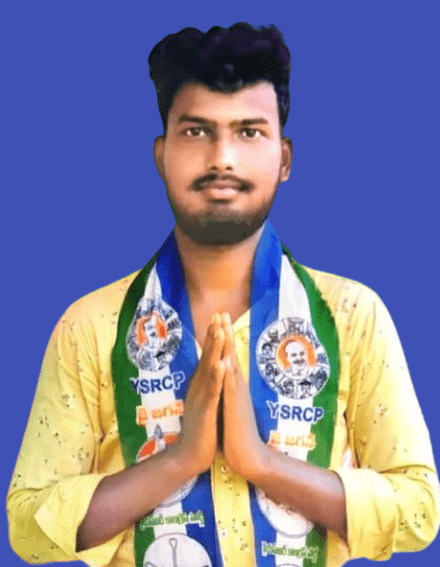 Jaswanth Gowda Anagani is an Indian Politician and current Social Media Mandal Incharge from Vuyyuru village of Krishna district in the Indian State of Andhra Pradesh.

On the 13th of November 2001, Anagani was born to the couple Mr. Gowda Durga Prasad and Mrs. Gowda Saraswathi, and resided at Kalavapamula in Krishna District in the Indian State of Andhra Pradesh.

In the year 2018, Anagani acquired his Secondary Board of Education from the Teresa Educational Academy High School located at Kalavapamula, Hyderabad.

Shortly after getting his Schooling, Anagani entered the workforce by Setting up his own business, and Since beginning his career, he has also accomplished his family obligations.

His unwavering commitment and true effort in the year 2020, gained him the position of Mandal Social Media In -Charge of Vuyyuru from YSRCP and been constantly working for the people, thinking about their welfare, and gaining immense admiration from the people.