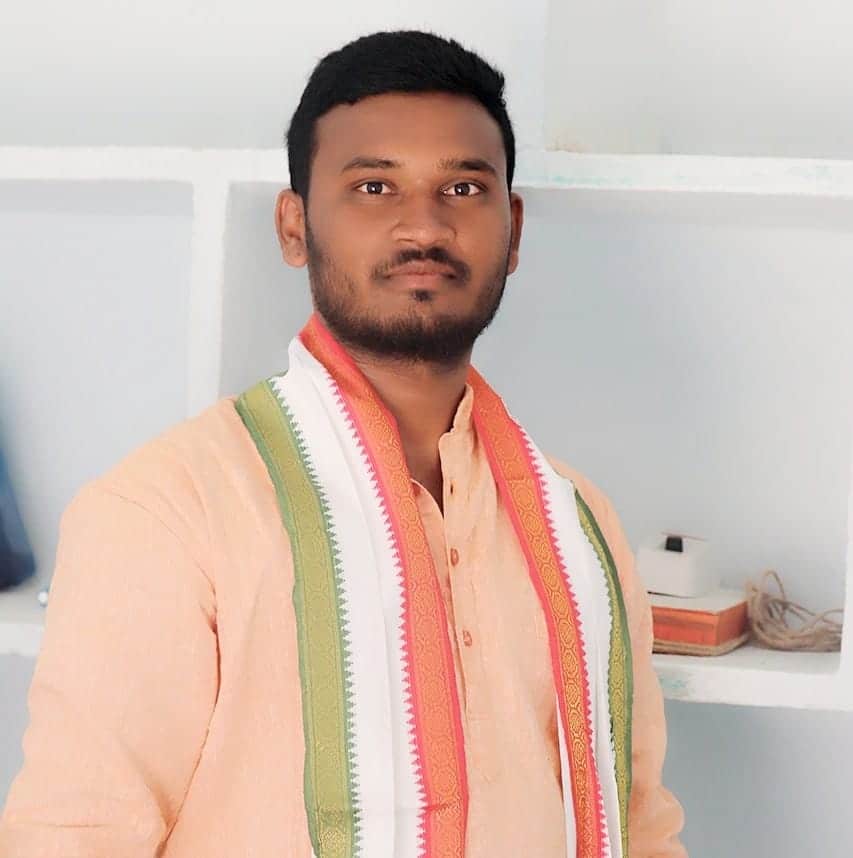 He has completed SSC in Navodaya High school, Nandipet in 2009. In the year 2011, he completed intermediate from APSWRSJ College in Armoor Village.

In the year 2013, he completed his DM Mechanical Engineer from Govt ITI Nizamabad. He has completed his degree in Pragathi Degree College from Nizamabad, in 2016. He completed his B.E.D (Disce) from SriChaithanya College in 2017.

Prashanth started his political journey with the Indian National Congress(INC) Party and was the Active Member. In 2015, Prashanth was selected as Student Leader in Congress Party.

In the 2019 Local body elections, he was elected as a Ward Member and then selected as Vice Sarpanch of Ailapoor Village of Nandipet Mandal, Nizamabad, Telangana.