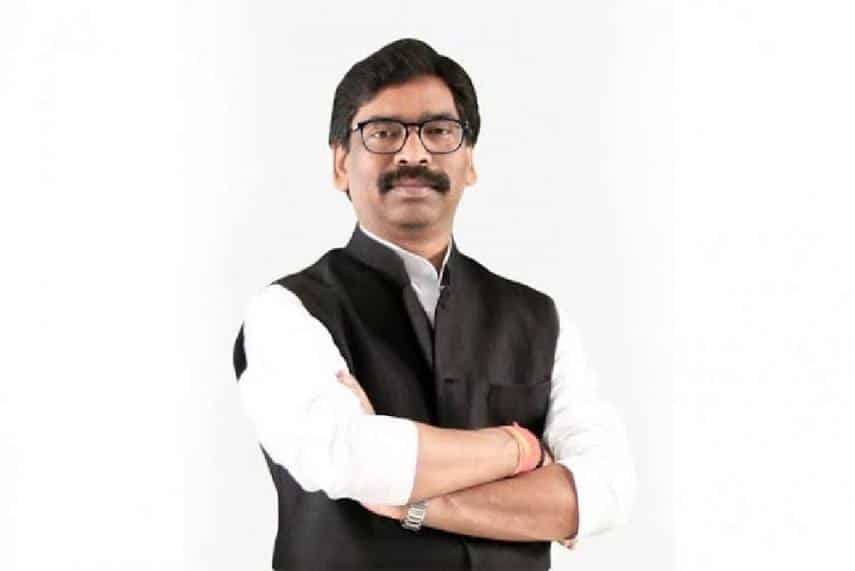 Hemant Soren was awarded the Champions of Change Award in 2019, for his exceptional work for the Dumka and Barhait constituency in the state of Jharkhand. The award was conferred by Shri Pranab Mukherjee at Vigyan Bhavan New Delhi on 20 January 2020. 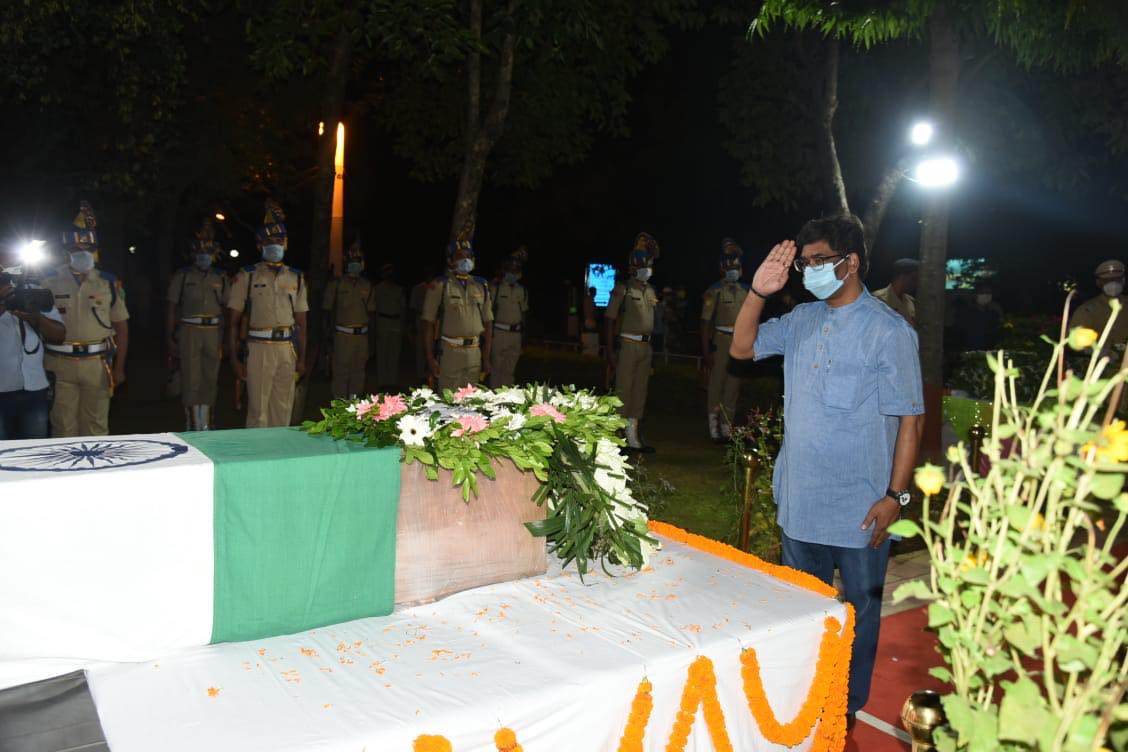 Tributes to the Brave

A tributes to the brave lal Kuldeep oraon of Jharkhand, who got the victory while protecting the country. 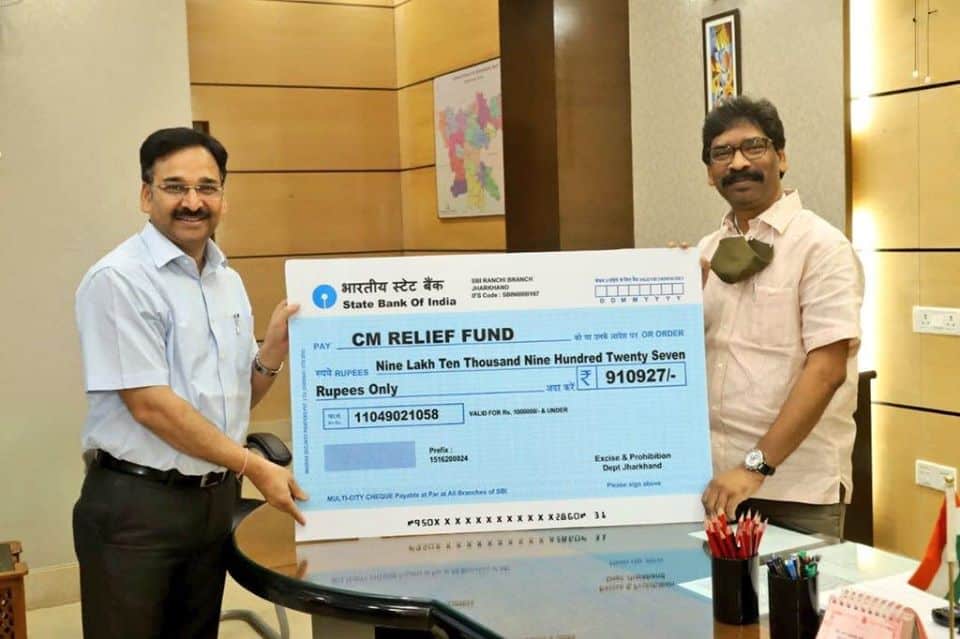 Mr. Choubey handed over a cheque of nine lakh ten thousand rupees to Chief Minister Relief Fund. Chief Minister praised the commendable work done in this round of COVID -19  by the department. 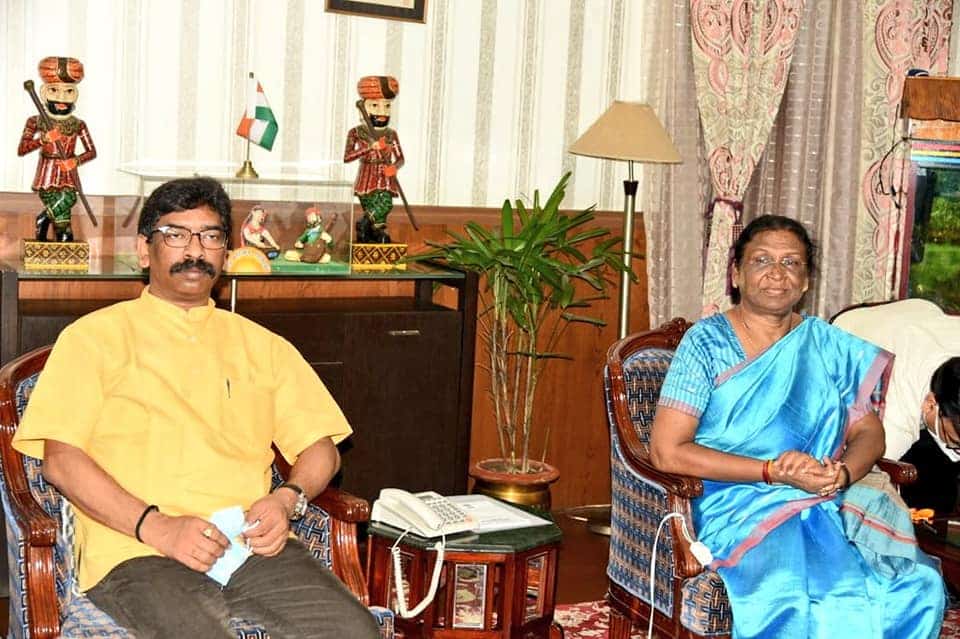 A Courtesy Meeting with hon’ble Governor Draupadi Murmu Ji at the Raj Bhavan informed him about the efforts of the Jharkhand government to control the Corona (Kōviḍa-19) in the state. 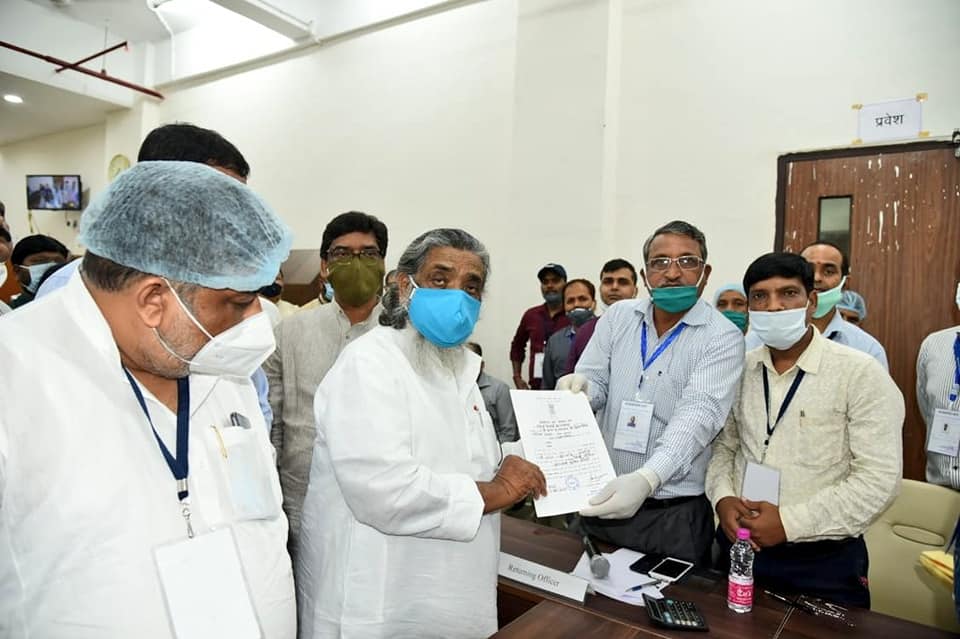 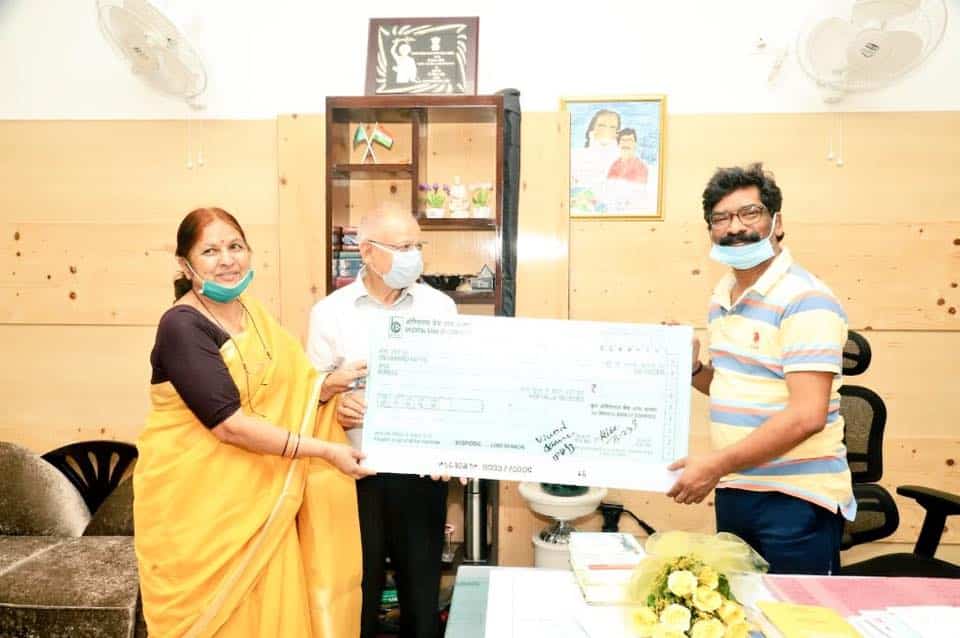 The Vice-Chancellor of Ranchi University, Shri Ramesh Pandey, met Chief Minister Shri Hemant Soren and handed over a cheque of seven lakh rupees for Chief Minister Relief Fund. The amount will be spent on the prevention and prevention of Corona infection.

State level “break silence: stay healthy” campaign was launched today at project building A month of hygiene and hygen digital awareness campaign will achieve the desired goal, such a faith. 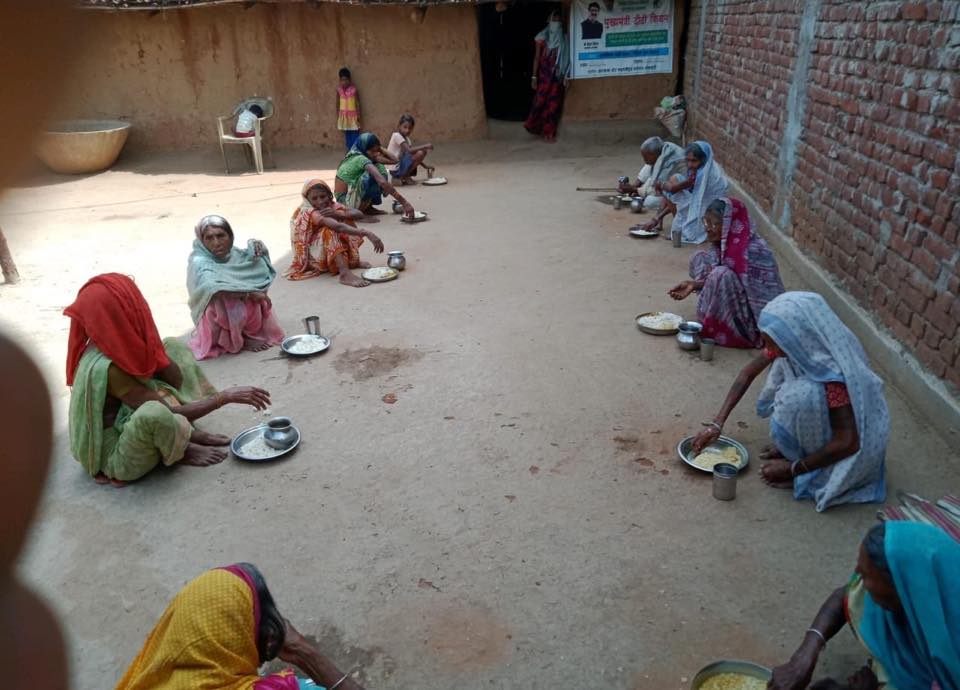 In the state, a half-Six-Sister-in-law, the kitchen is providing free hot food to lakh people this model founded by the sisters of our state is being appreciated in the whole country. Salute to the sisters who have served more than half crores of nutritious food in lockdown. 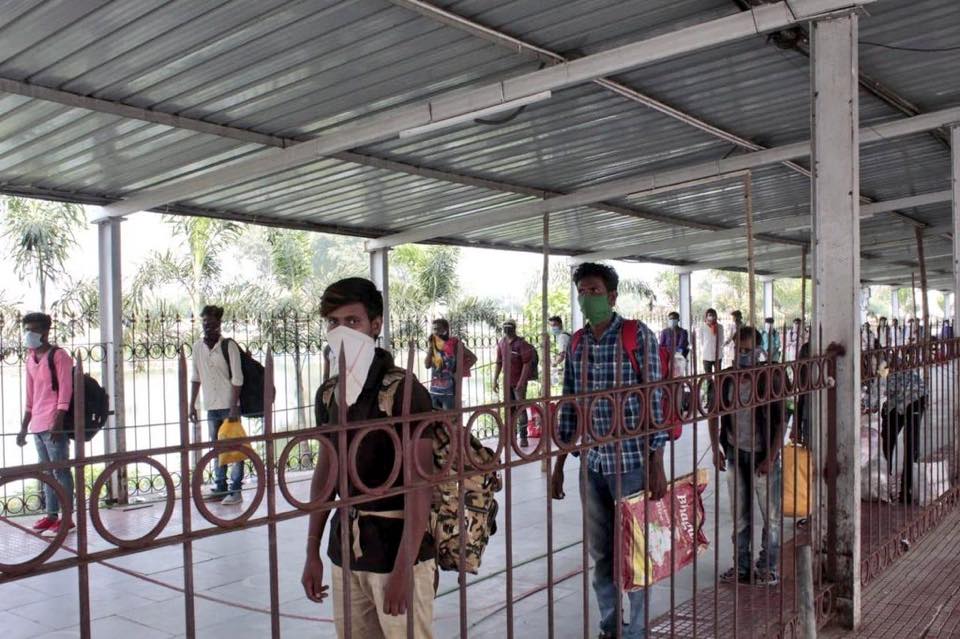 Welcomed from Vapi’s Gujarat through special train 1689 migrant workers and their family members were welcomed at the Hasidic station. Health check and thermal scanning will be sent to all of their home. 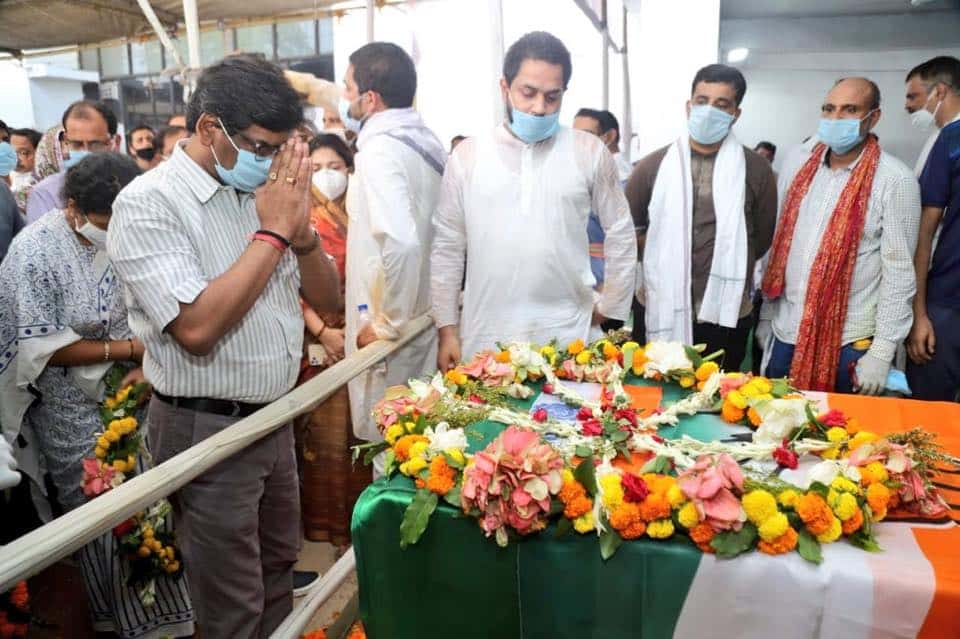 from Patna High School in Patna.

from the JMM party in Jharkhand.

Niraj Murmu's achievement is a moment of pride for entire Jharkhand. His journey from being a daily wage worker to a teacher driving social change with children is an inspiring tale.
Chief Minister @HemantSorenJMM extends his best wishes to him & @k_satyarthi'ji for his guidance https://t.co/wXsiXCRAwa

In sync with the demands of students across the country & our ''ongoing collective fight against once in a century epidemic #COVID__19' I have written to Union Education Minister @DrRPNishank 'ji urging him to postpone the #NEETJEE Exams in view of larger public interest & safety pic.twitter.com/T5Shdxvoag