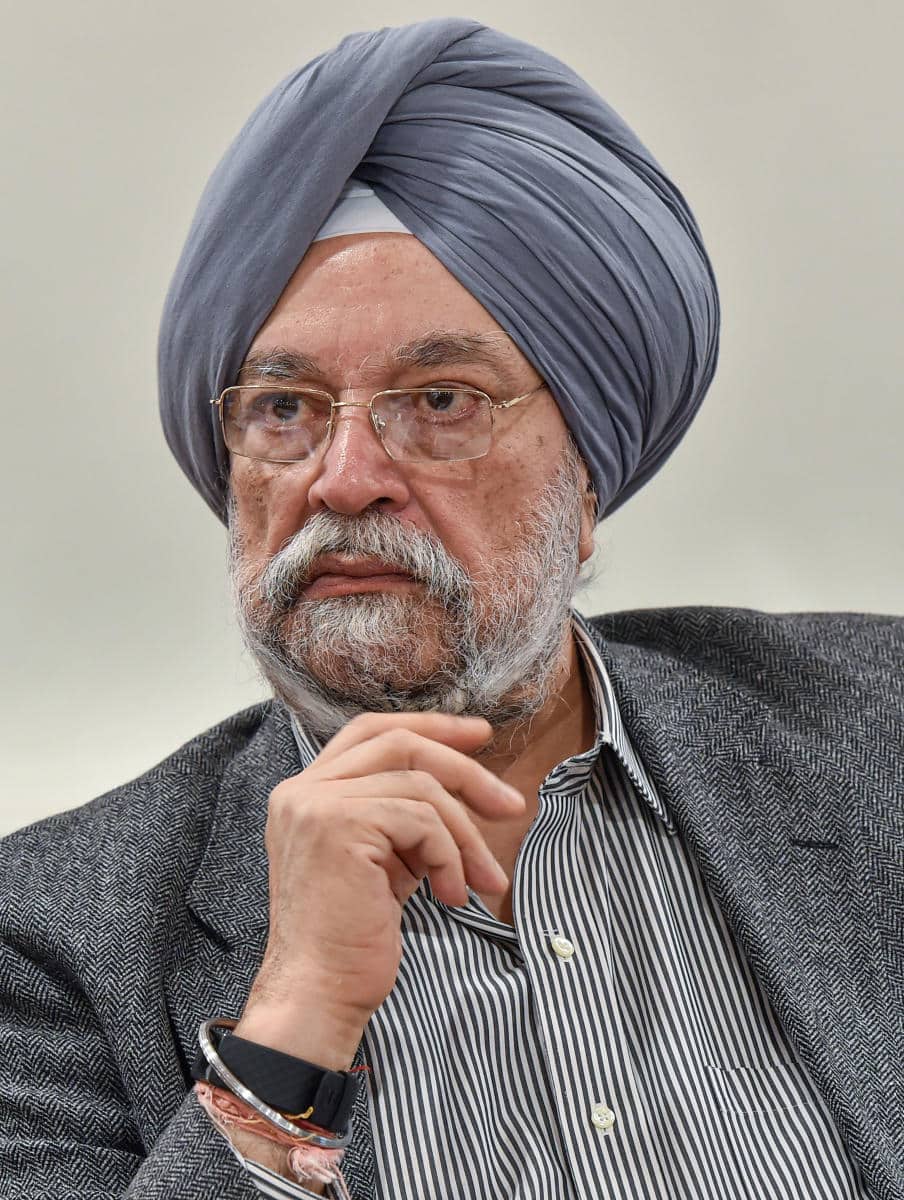 Hardeep has served as a Permanent Representative of India to the United Nations from 2009-2013.

He formerly served as Chairman of the United Nations Security Council Counter-Terrorism Committee, Vice President of International Peace Institute, and Secretary-General of Independent Commission on Multilateralism in New York.

Puri has been stationed at important diplomatic posts in Brazil, Japan, Sri Lanka, and the United Kingdom. Between 1988 and 1991, he was the Coordinator of the UNDP/UNCTAD Multilateral Trade Negotiations Project to help Developing Countries in the Uruguay Round of Multilateral Trade Negotiations. He also served as the chairman of the United Nations Security Council Counter-Terrorism Committee from January 2011 to February 2013, and as President of the United Nations Security Council in August 2011 and November 2012.

In September 2017, Puri appointed as a Minister of State (Independent Charge) for Housing and Urban Affairs.

In 2018, Hardeep Singh Puri has elected as a Member of Parliament, Rajya Sabha of Uttar Pradesh COnstituency from the Bharatiya Janata Party.

Hardeep Singh Puri is married to Lakshmi Puri, who is the former Assistant Secretary-General at United Nations. They have two daughters. His brother, Pradeep Puri, is a 1979 batch retired IAS officer who played an instrumental role in the construction of DND Flyway.

Hardeep is a published author of several books, research papers, and journals. Included below is a selection of his works:

“Libya: Hillary Clinton, Susan Rice, and the Ghost of Rwanda” (Publisher: The Globalist, 2016). 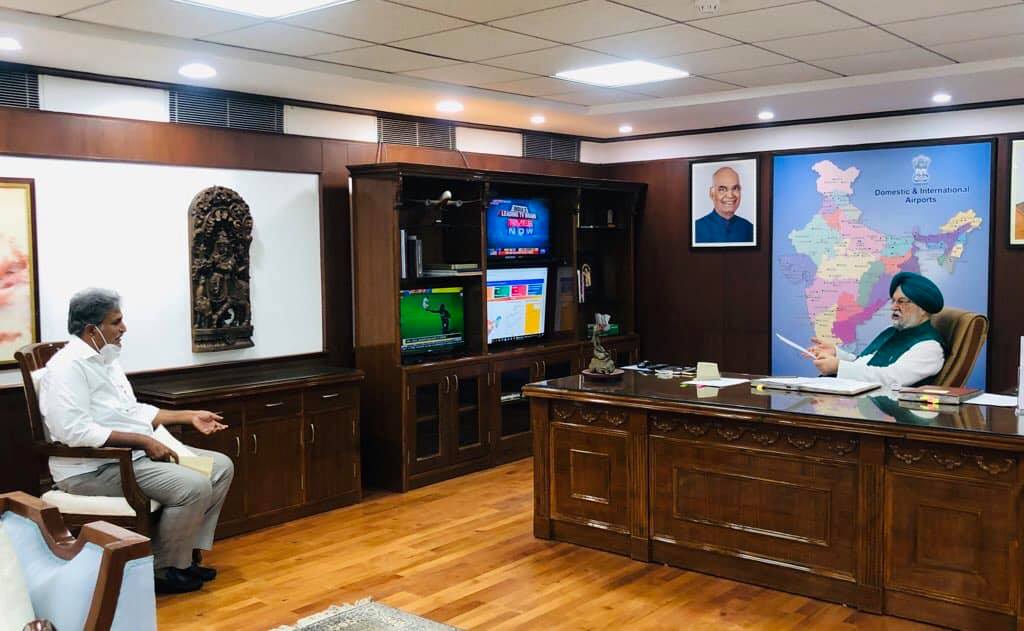 Vijayawada MP Sh Kesineni Nani Ji met me this afternoon to request expediting stormwater drainage projects in Vijayawada.  I told him that MoHUA has already written to the Andhra Pradesh govt in this regard. We will follow up. 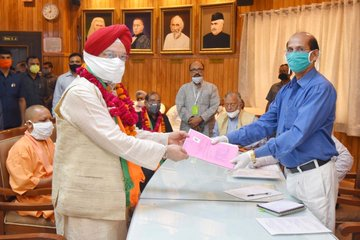 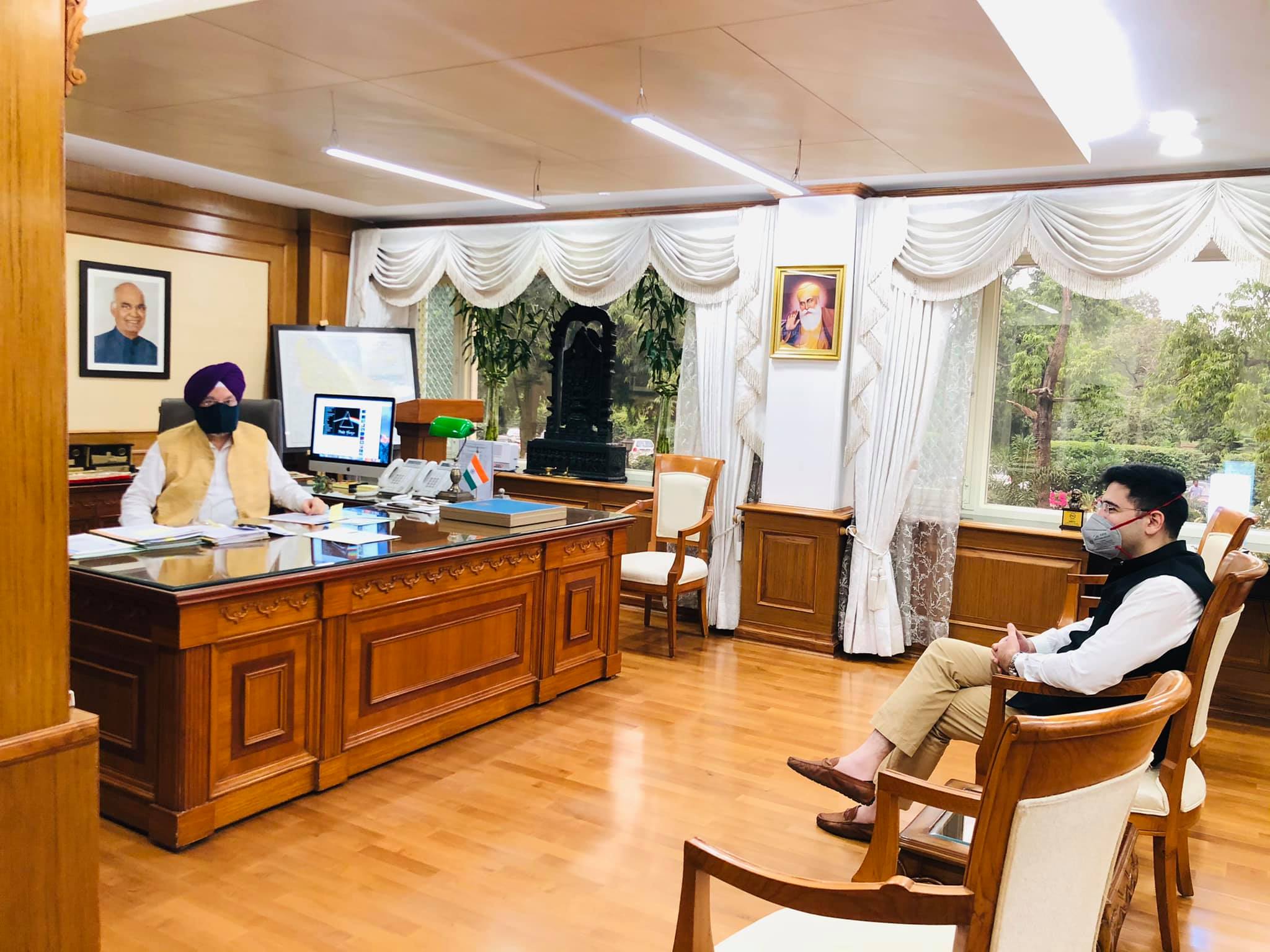 During my meeting with Sh Raghav Chadha the dynamic MLA & VC Delhi Jal Board we discussed issues pertaining to outstanding dues reportedly payable to DJB by DDA & CPWD. Our political differences notwithstanding I look forward to working with him for the welfare of the people of Delhi. 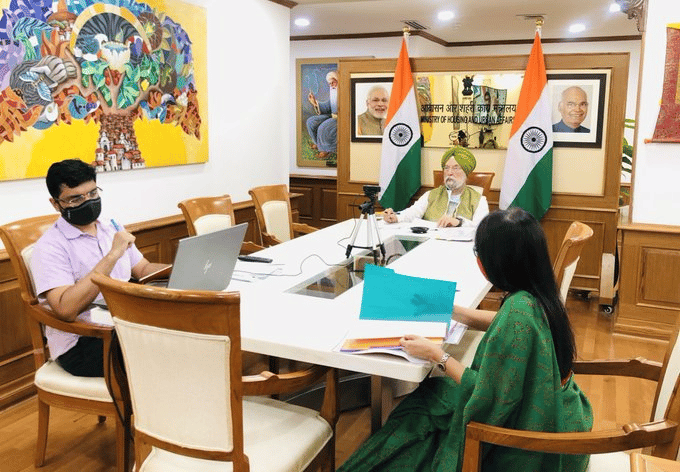 Interacted with UK Minister for International Trade, Ranil to discuss India-UK Enhanced Trade Partnership as a roadmap to the eventual FTA between our two countries. 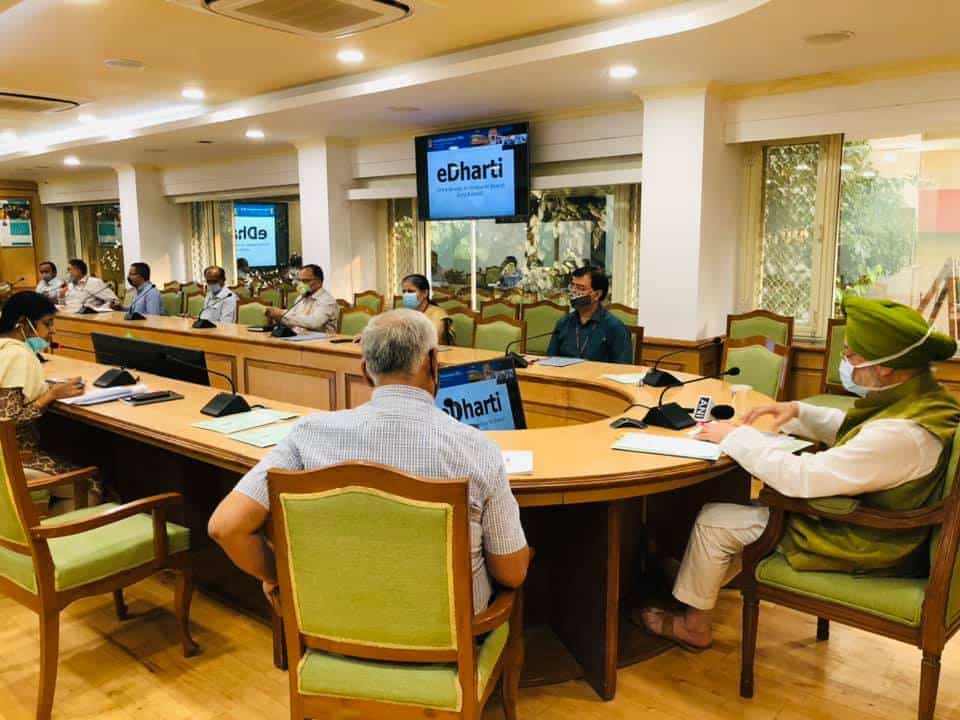 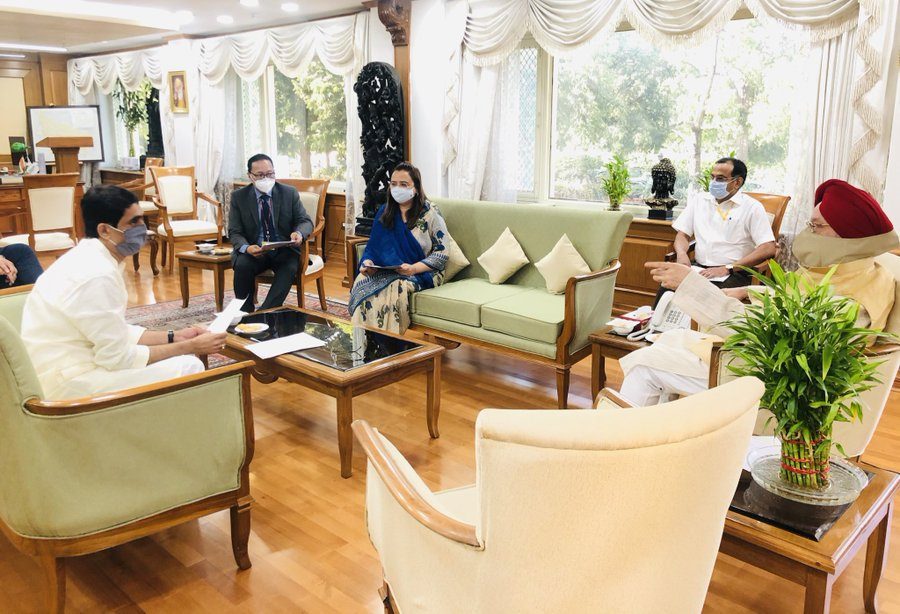 Met Sh Buggana Rajendranath Reddy Ji, Minister of Finance, Andhra Pradesh. We had an extended discussion on the proposed Greenfield airports in Orvakal in Kurnool & Bhogapuram. On completion, these airports will enhance air connectivity to both the regions & provide a boost to the local economy 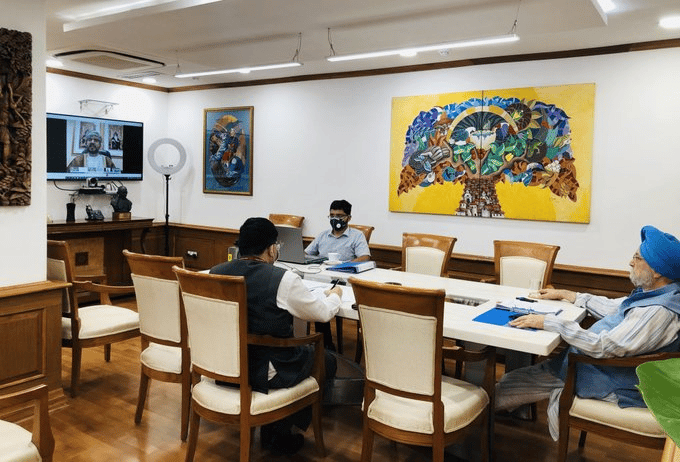 Co-chaired the 9th India-Oman Joint Committee Meeting along with HE Qais bin Mohammed al Yousef. We discussed ways of cooperation between the two countries in various sectors of the economy including civil aviation, renewable energy, IT & health sector.
Economic & commercial relations between India & Oman are robust & buoyant. We further deliberated on strengthening our bilateral ties through diversification of the trade basket & cooperation on the economic front. 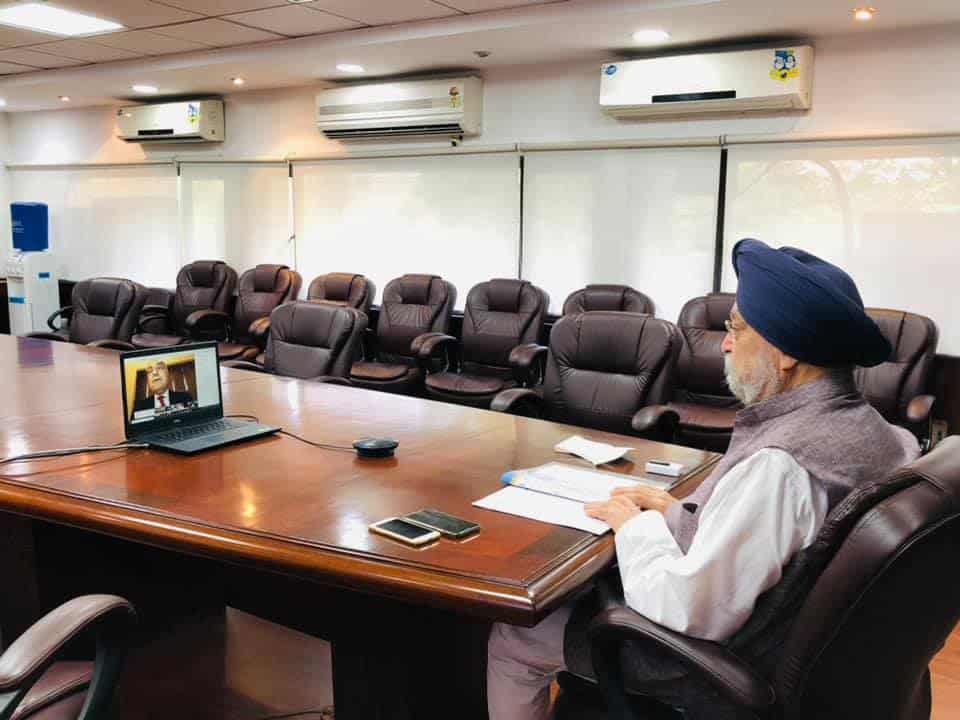 Had an extended Video Conference with HE Ugo Astuto & Ambs from 27 EU Member States. I outlined comprehensive steps taken to deal with COVID19 in India under the visionary leadership of PM Sh Narendra Modi Ji & opportunities created in the wake of disruptions caused by the pandemic.
We also covered several issues pertaining to civil aviation, the development of infrastructure in cities & policy interventions implemented under AatmaNirbharBharat Abhiyan. Reforms undertaken across industries in India are creating an attractive environment for FDI.
We are enhancing inclusivity & sustainability in India for a post COVID world in which we will position ourselves as a robust economy in the global context & will be able to emerge stronger. 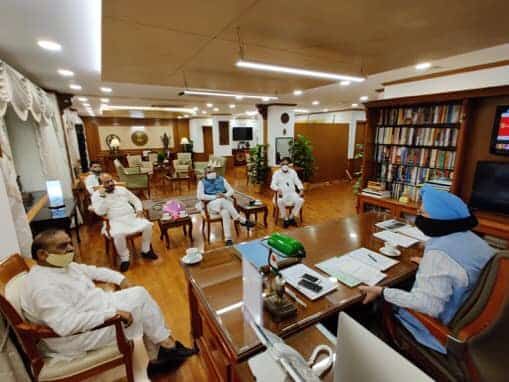 Bachelor of Arts in history

Master of Arts in history from Hindu College, University of Delhi

Worked as a Lecturer

of India to Brazil

to the Government of India in Ministry of External Affairs

to the Government of India in Ministry of Defence

to the Government of India in Ministry of External Affairs

of India to the United Nations

of Independent Commission on Multilateralism in New York.

of the United Nations Security Council

as a senior advisor

of State (Independent Charge) for Housing and Urban Affairs