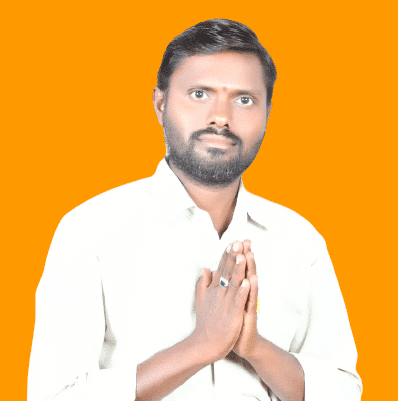 Gundeti Gangaram is an Indian Politician and current Mandal OBC Morcha President from Mallial in the respective state of Telangana.

He was born to a couple Mr. Gundeti Prabhakar & Mrs. Ganga Laxmi on  07th-July-1983 and grew up in Mallial Village in the district of Jagtial from the Indian States of Telangana.

In the year 2000, he studied his Secondary Board of education from ZP High School and resided at Mallial. Later, he went on to undergraduate from Government Junior College located at Mallial and completed it in the year 2003.

Further, in 2006, he acquired a bachelor’s degree from Rama Krishna Degree & PG College situated at Jagtial.

He has had a longstanding interest in politics and entered politics intending to do public service and an intention to reach out to the needy people in society.

During his stint as an undergraduate, he has been determined to serve the people. In the year 2002, Gangaram started his career by joining the National Students’ Union of India to empower the student community to create responsible citizens and leaders based on the values of democracy.

From the period between 2002-and 2003,   He performed beyond his abilities as a Volunteer from the day he joined the NSUI for its development and put in a lot.

For his constant dedication and determination, he was appointed in the meritable designation as Mallial Mandal President and worked hard for the welfare of the people between the years 2003-and 06.

After governing the people through difficult times in the respective party, in 2006 he relocated to the Indian National Congress Party (INC) which is ruling under the leadership of Sonia Gandhi.

His constant attention and pure dedication to service in the respective year, led to his promotion to the Youth Congress Mandal President from INC to promote the proper focus on the need for effective and comprehensive expansion in people by doing his part to overcome the hardships faced by the people until date 2007.

After fulfilling the people by accepting the respective positions, in the period 2007 he leftover the INC and moved to Telangana Rashtra Samithi (TRS) founded by Kalvakuntla Chandrasekhar Rao who is the Indian politician serving as the first and current Chief Minister of Telangana.

He exposed his leadership skills by serving as the TRS Party Activist and working comprehensively all the time for the welfare of humankind. As a part of TRS, Gangaram expresses keen interest and performs every activity for the recognition of the respective party.

In 2014, he gained the people’s affection after serving in the assigned roles, the TRS political Party recognized Gangaram’s s service attributes and allowed him to serve as BC Mandal Vice President. From the moment he was given the post he has been using all his resources for the people and pursuing his happy life of public welfare up to 2018.

His determination and sincerity towards the work, in the same year i.e. in 2014 uplifted his designation as TRS Village In-Charge, and actively participated in every activity till the date 2018.

From the date of joining, he has been working incredibly as a BJP party Activist working hard for the welfare of the people, constantly striving for the development of the society, and has rendered desperate service to society through the designation he has been appointed.

During the Poll in 2019, Gangaram was contested as the Ward Member for the 3rd Ward in Mallial Village but with a minor difference in the vote percentage, the position was defeated.

In 2020 he has been held the prestigious designation as District General Secretary of the BC Welfare Society. He worked in the assigned positions by discharging his duties with a code of conduct.

Due to his reputation, in 2021 Gangaram is regarded as the BJP Mandal Leader from Mallial. Since the date of joining, he has been working incredibly and worked hard for the welfare of the people, constantly striving for the development of the society, and has rendered desperate service to society through the designation he has been appointed.

He was also promoted as Mandal OBC Morcha President in the Mandal of Mallial.

Gangaram’s family assists the needy selflessly in which several members are involved in politics as his wife Lavanya dealing in the Honorable position as BJP Mahila Morcha Secretary from BJP Political Party at Jagtial and serving the people, by sharing the happiness and sadness of the people ”.

In the year 2018, she contested the admirable position of MPTC but unfortunately, he lost the position with a slim margin of 72 votes among 3300 Votes.

Gangaram fought and solved the issues raised on Anti-law decisions of the government.
In favor of the relevant party, he organized and engaged in dharnas, rallies, and protests.
During Elections, he enthusiastically participates in the Door-to-Door election campaign and worked hard to bring more voters to win the party in his locality. During his tenure in the election campaign along with the BJP State President Bandi Sanjay, he has been involved in multiple cases.

He participated in many social Programs and was involved in Million March, Bike Rallies, and Dharan’s to form Telangana as a separate State.
He set up a Vanta Varpu during the period of Rasta Roko and in programs of Sakala Jamula Samme, Bahiranga Sabha, and many more dharnas and rallies were held in continuous movement.

A True leader’s Courage to fulfulfills a vision comes from Passion, Not from a Position 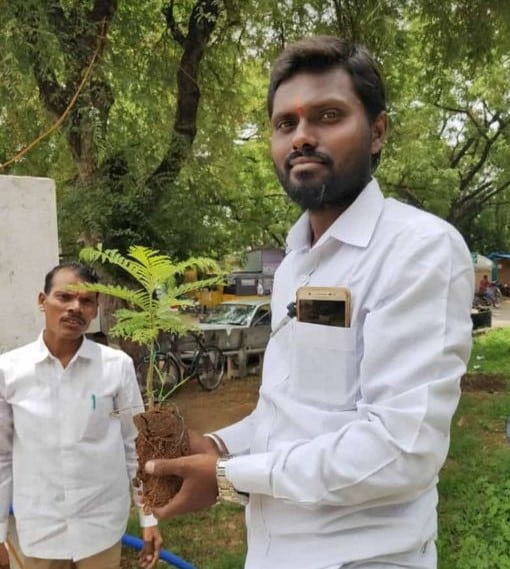 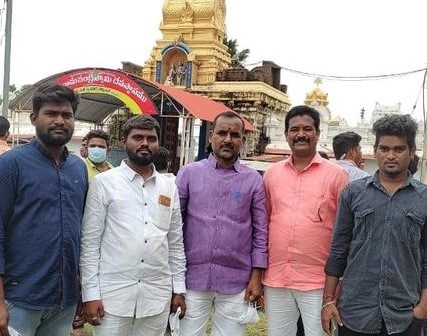 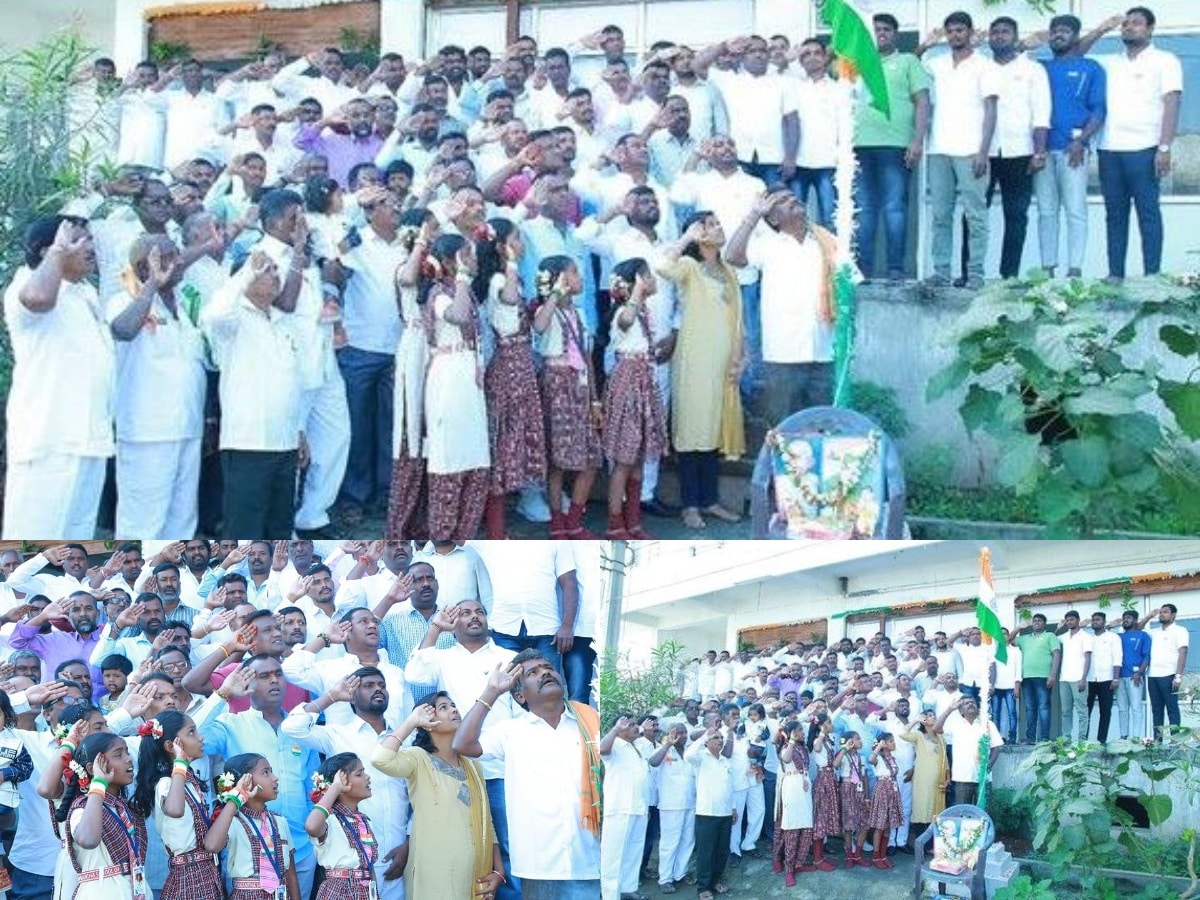 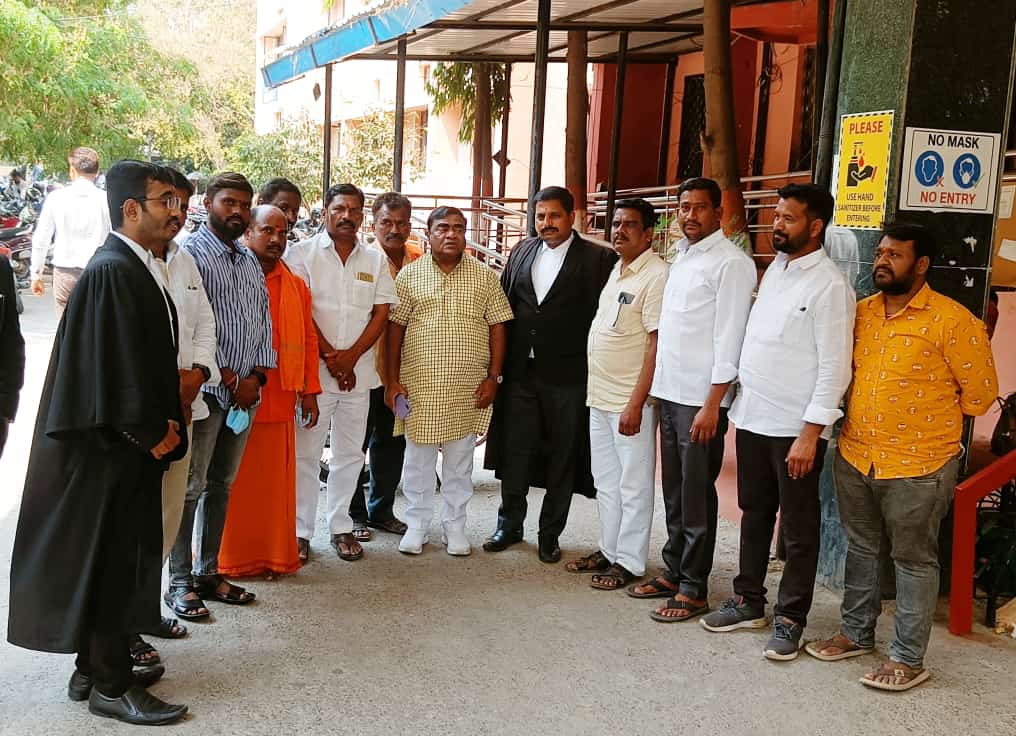 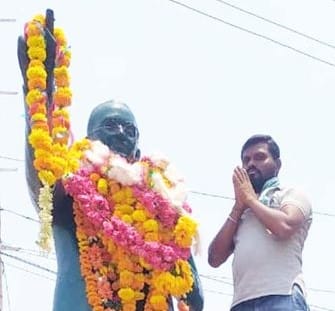 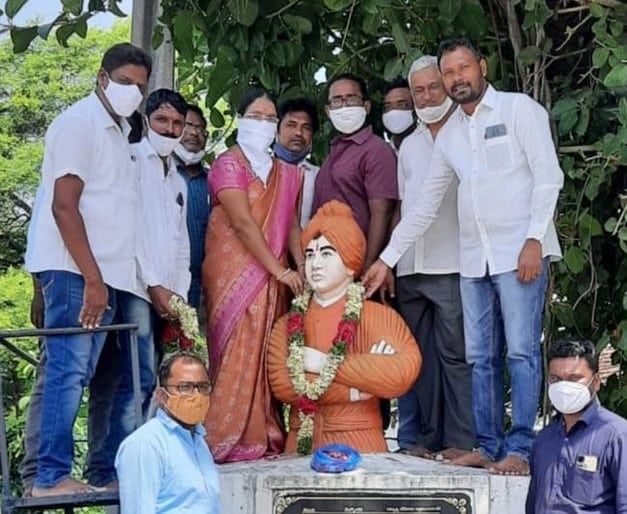 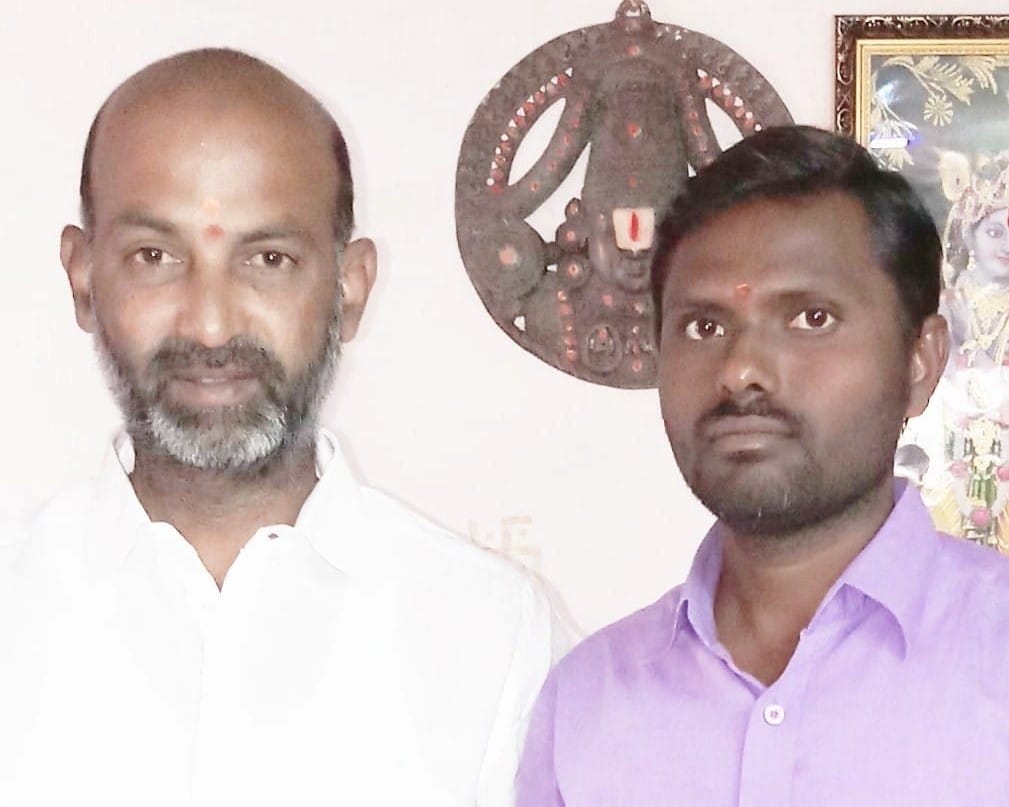 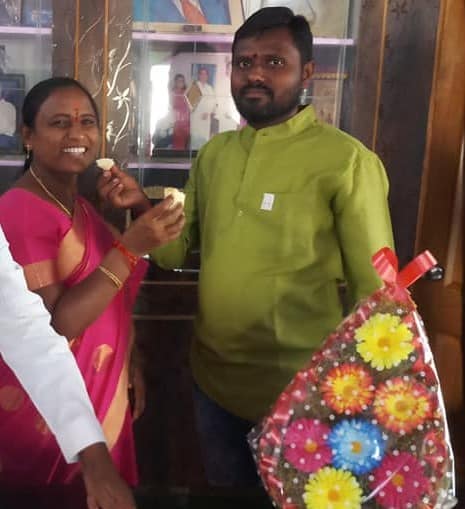 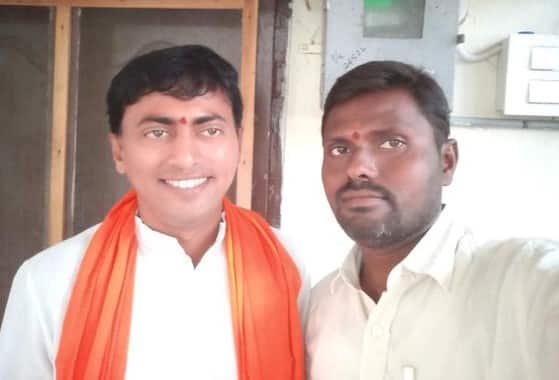 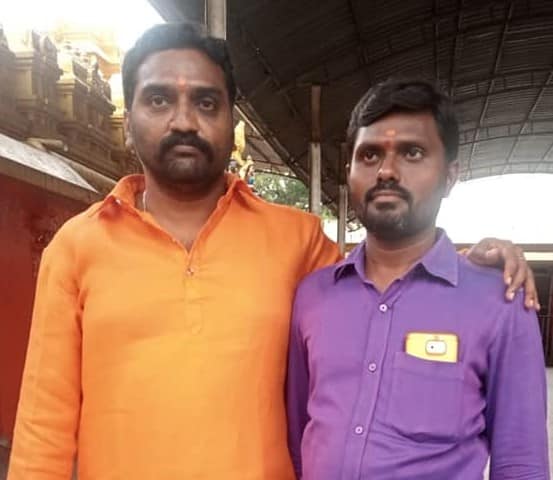 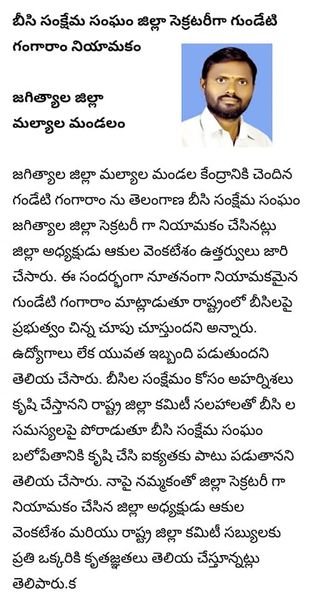 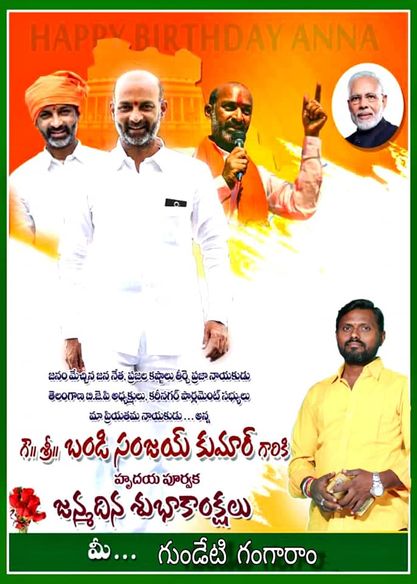 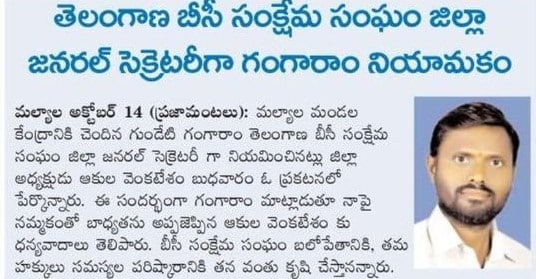 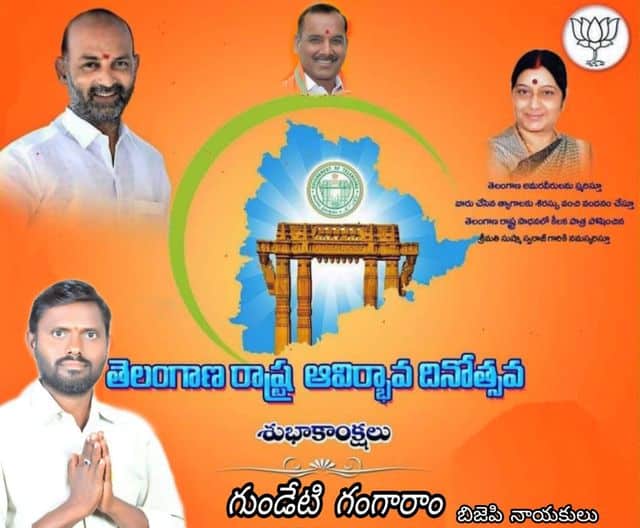 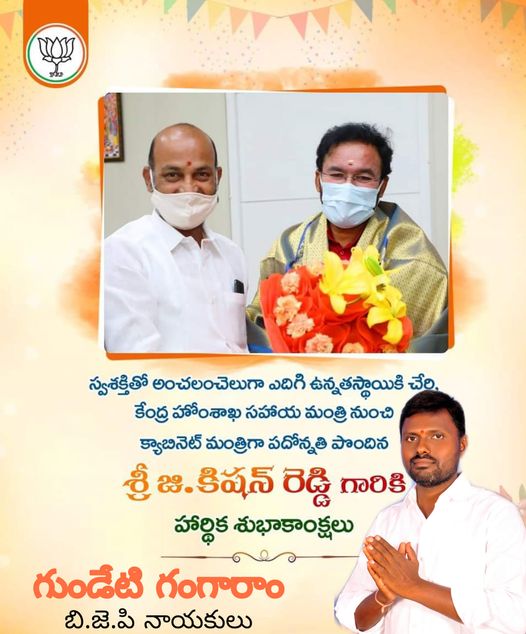 from BC Welfare Society, Jagtial