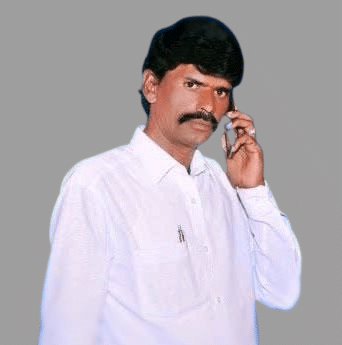 Gorikapati Mallikarjuna Rao is an Indian Politician and current OBC District Secretary from Guntur in the respective state of Andhra Pradesh.

He was born to a couple Gorikapati Ramulu & Samrajyam on 08-July-1972 and raised in a census town of Dachepalli of Guntur District in the respective state of Andhra Pradesh.

He never believed in any Fancy education, he had a simple educational background as anyone and everyone does like the Higher Secondary Board Examination from ZP High School situated at Dachepalli and accomplished it in the year 1986.

As her passion is to be self-employed and self-dependent, After the conclusion of his education, Mallikarjuna began his professional career, and started a Painting Contractor business of his own and sustaining his occupational work.it shows him how countless dreams turn into reality and the man who made this art as a passion.

From an early age he has been interested in politics, and his interest turned him into a Politician who expected happiness in the people through his services. After being served with the commitments the people living Dachepalli elected him in the position as Rajaka Sangam President, to expand his service to the District Level.

From the date of joining, he has been working incredibly hard for the welfare of the people, constantly striving for the development of society, and has rendered desperate service to society through the designation he has been appointed to.

He exposed his leadership skills by serving as the BJP Party Activist and working comprehensively all the time for the welfare of humankind. As being a part of the BJP, Mallikarjuna expresses keen interest and performs every activity for the recognition of the respective party.

Despite the handing over of responsibilities, the BJP Party was dazzled by Mallikarjuna’s diligence, and on the occasion of his birth anniversary, the party promoted him as the OBC district Secretary. So he can stay close to the people and do things that will benefit them.

He gained the people’s affection after serving in the assigned roles in the relevant Party, and the party not only advanced him to the post of OBC District Secretary in 2021 but also enhanced him in the position of Bhavana Nirmana Karmikula Union President. (Bhavana Construction Workers Union President)

Mallikarjuna aims to provide financial assistance to the people

> He had been rendered numerous services to the people without expecting anything in a return.

>.He organized and participated in numerous Social Services and Charity Programs, eradicating hunger in the people and providing them with a       fascinating existence.

> When he was in tenth grade, through his batch, he helps the needy and poor people and also helps the students if any health issues arise in their batch.

> He expanded his efforts by supporting poor individuals and orphans who have been badly affected by the assassination of their families, as well as by providing a set sum for the well-being of death-stricken families.

> He is constantly striving and fighting for the well-being of the people.

> He will assist those who come to him for help and provide the essential things that they require.

> Mallikarjuna set up and implemented many district-level Social Activities and served the people who are in need.

> He fights over every issue raised in the town and worked to solve the issues.

He took initiation to construct temples and he was involved in the development of temples in Dachepalli village and gave complete equipment required for the temples. and also he financially donated rps:3 lakhs to the temples for the construction and for development.

During the rule of the TDP government, Mallikarjuna had provided plenty of services.

In the period 2014, with strong convictions and intentions, he contributed about 450 Iron boxes and in addition to that, he has been provided Washing Machines to the underprivileged.

He delivered washing machines and iron boxes to the Rajaka s and delivered essential requirement’s when they are in need. 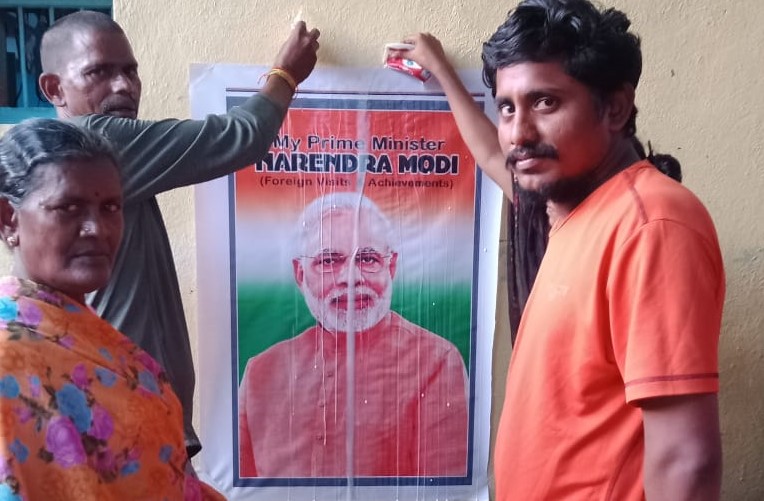 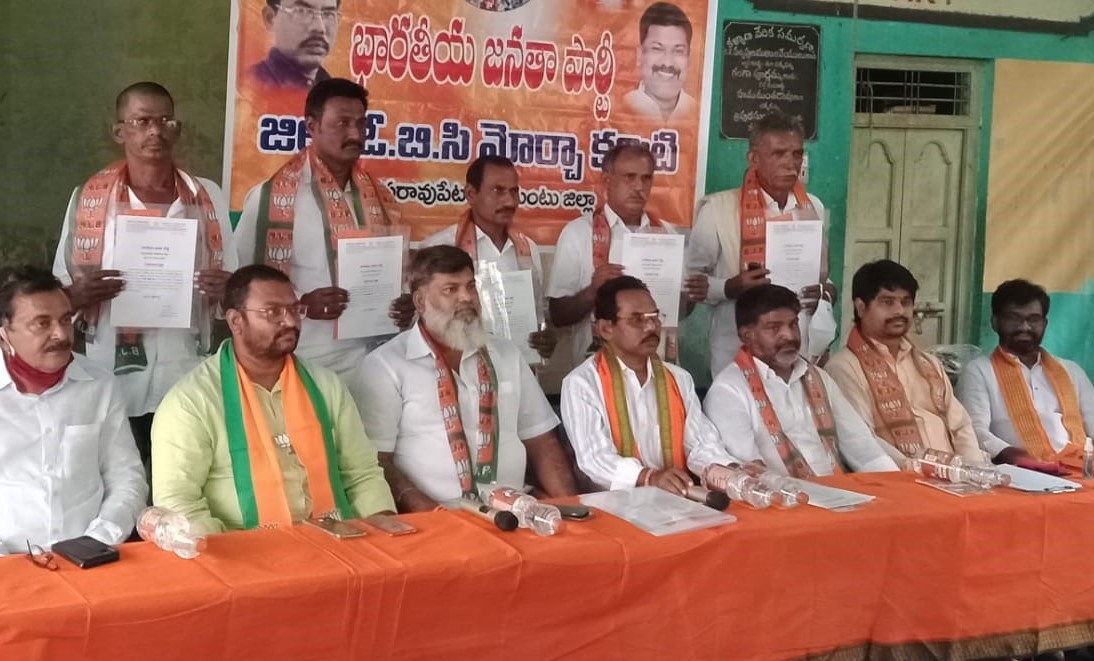 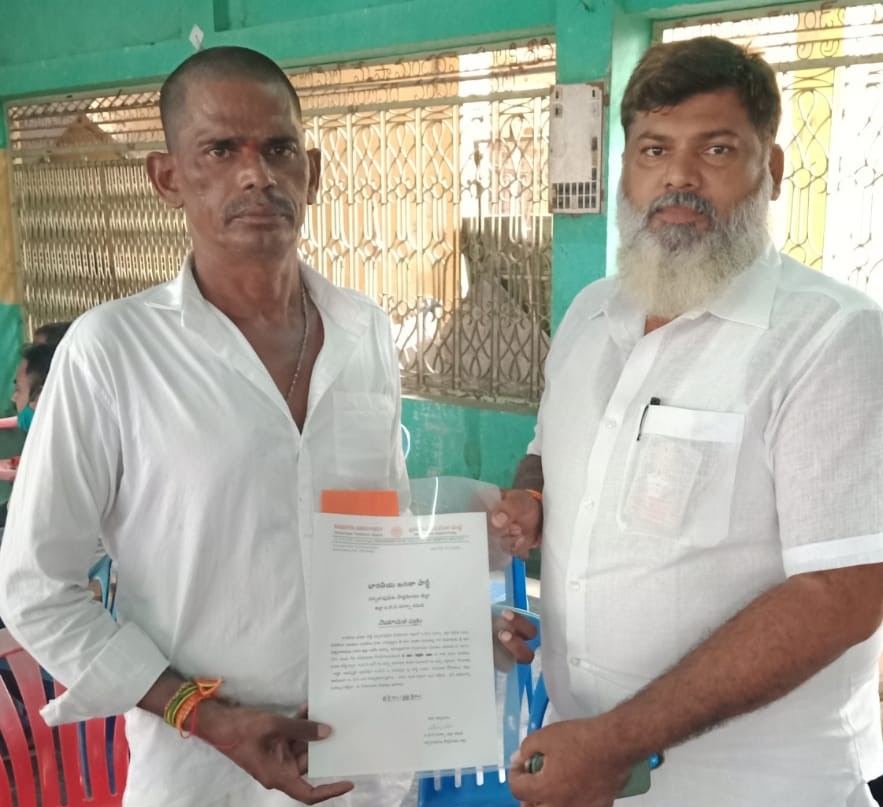 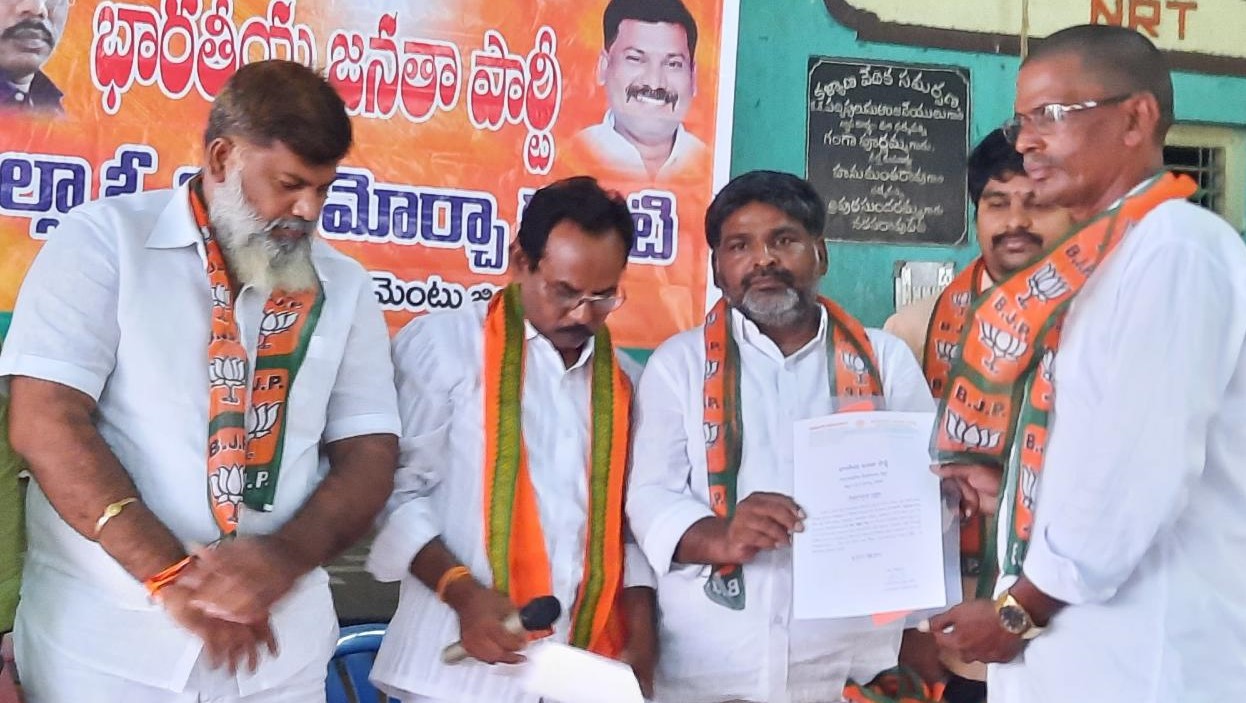 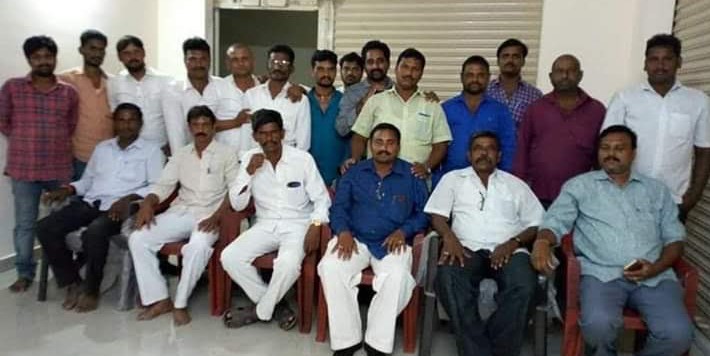 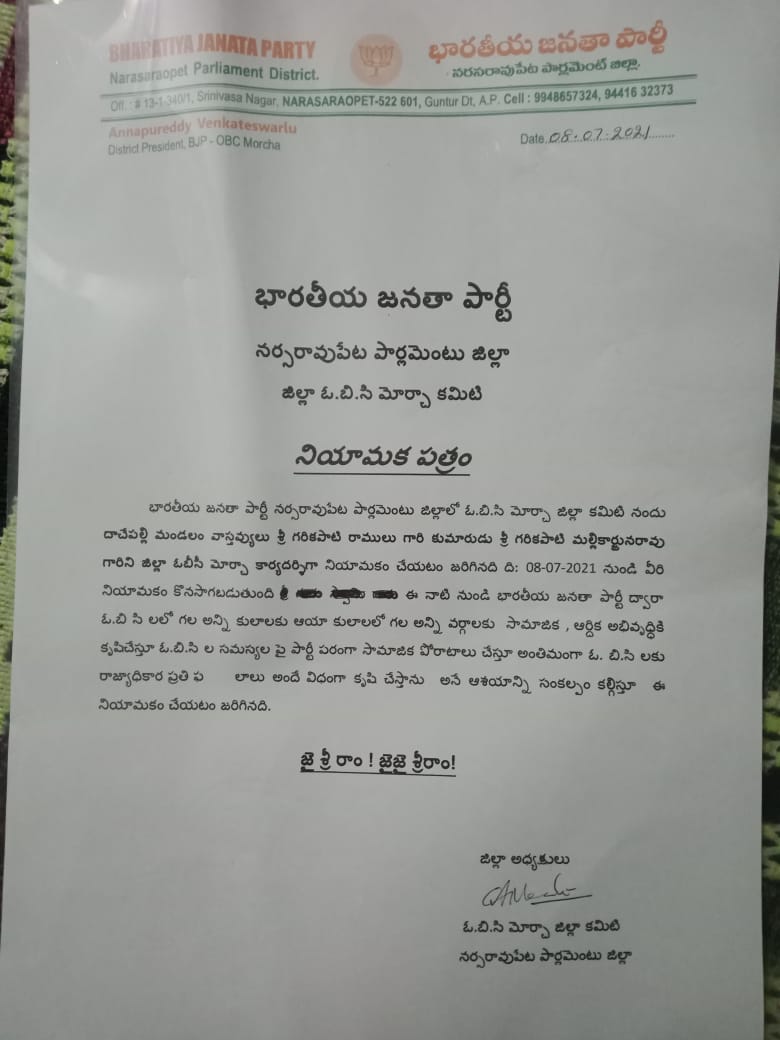 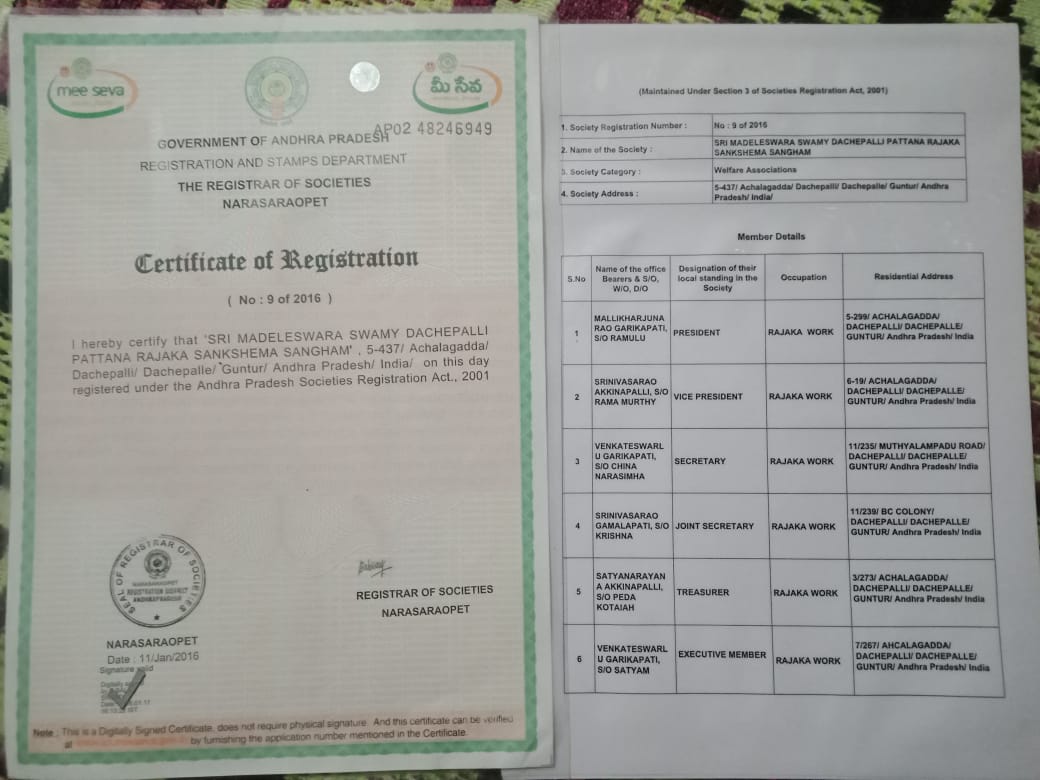 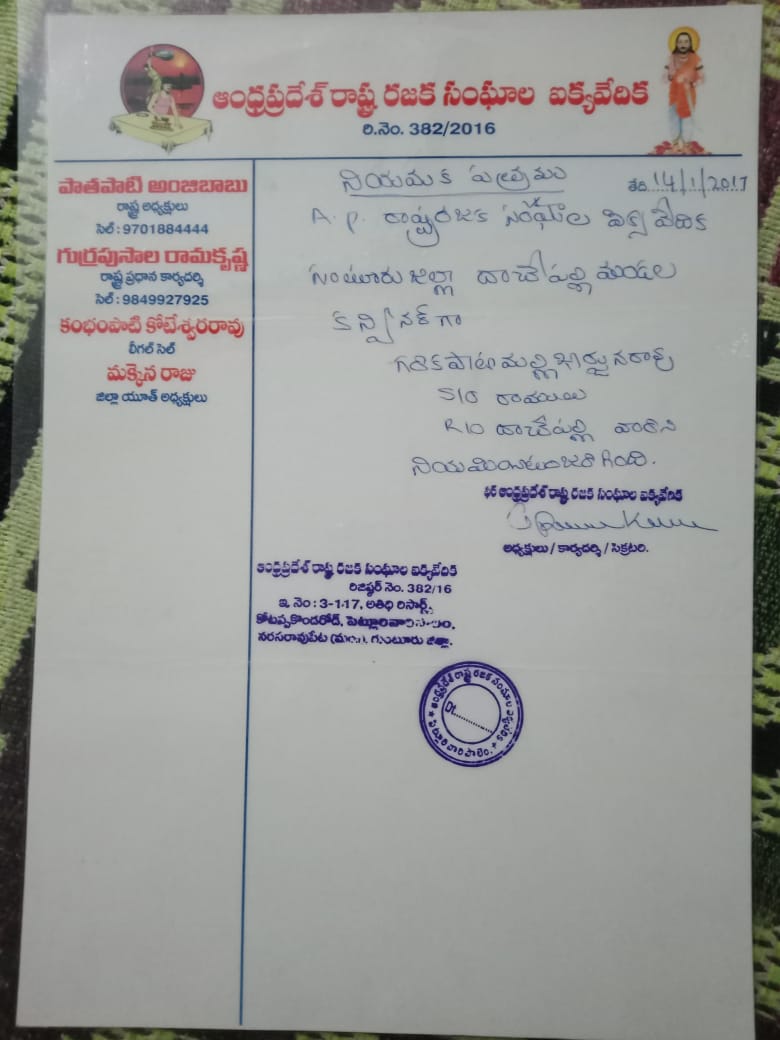 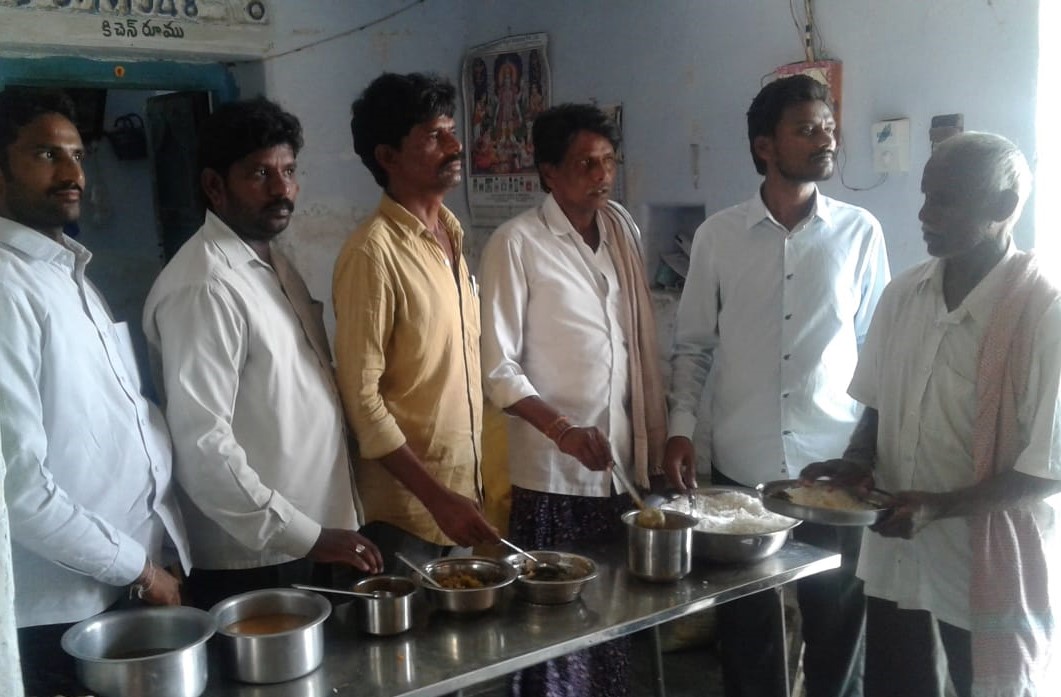 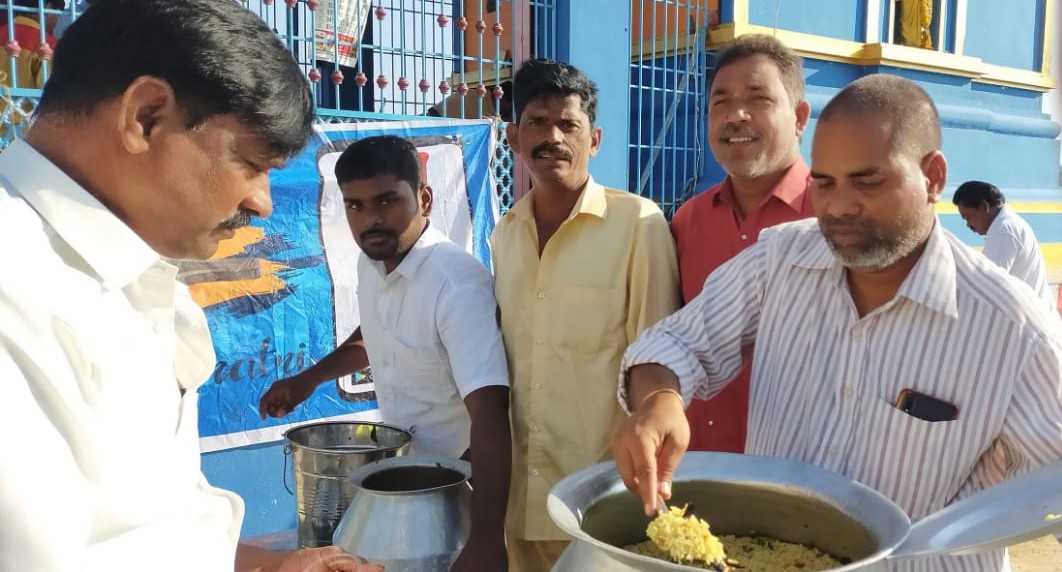 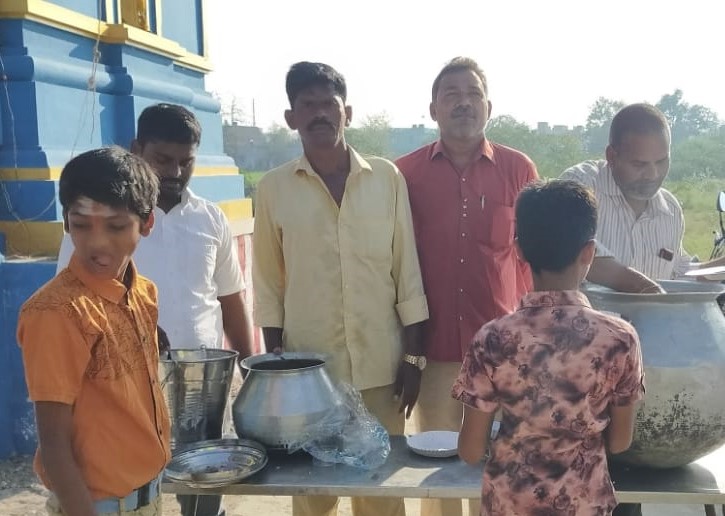