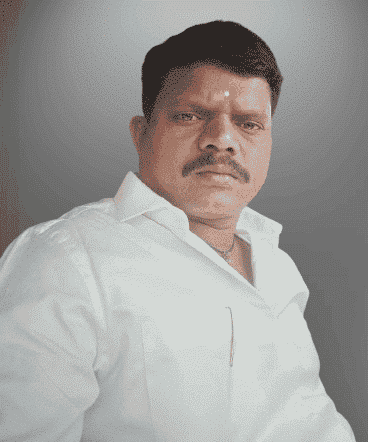 On the 08th of October 1992, he was born to the couple Mr & Mrs Gopanaboina Ilaiah and raised in Chinna laxmapur of Yadadri -Bhuvanagiri District in the Indian state of Telangana.

Shortly after receiving his education qualification, Srisailam became a professional by setting up his own Lorry Transport business, Chinna Enterprises, and continuing his work abilities.

In 2008, Srisailam was enchanted by the services rendered to the people by Kalvakuntla Chandrashekhar Rao, founder of Telangana Rashtra Samithi (TRS)  and an Indian politician serving as the first and current Chief Minister of Telangana.

As a part of TRS, he expresses keen interest. He performs every activity as a Party Activist by discharging his duties with a code of conduct and for the respective party’s recognition.

As he upholds the trust that the people have placed in him and maintains his service, Srisailam was elected by the people as a TRS Village President in 2012, and he served by concentrating on the welfare of the people at the moment and dealing with the activities that will encourage Party to advance.

During the Election Poll, Srisailam ran for the position of Sarpanch in Chinna laxmapur; because of a slight difference in 20 Votes, the position is dormant.

In 2019, he was elected and served as full-time In-charge in Sarpanch & MPTC Elections and campaigned for 20 days.

In 2014 & 2019, he was partly credited with the position of Incharge at the time of the Constituency Elections.

As a Telangana Activist –

During Telangana Movement (2009-2014), Srisailam played an active role and fought to create a new state, Telangana, from India’s pre-existing state of Andhra Pradesh.
Maha Dharna was held at the Clock Tower Center for the separate state of Telangana.
As a part of the fight for the state of Telangana, Srisailam has organized Padayatra and fought for Telangana State along with party members.
He organized and was involved in Rasta Roko, participated in many social Programs, and was engaged in Million March, Bike Rallies, and Dharna’s to form Telangana as a separate State.
He set up a Vanta Varpu during the period of Rasta Roko, and in Sakala Jamula Samme, Bahiranga Saba programs, and many more dharnas and rallies were held in continuous movement.
He formed Youth students to fight for the Telangana State and to bring Telangana as a separate state.
As part of the Telangana movement, Srinivas was arrested numerous times.