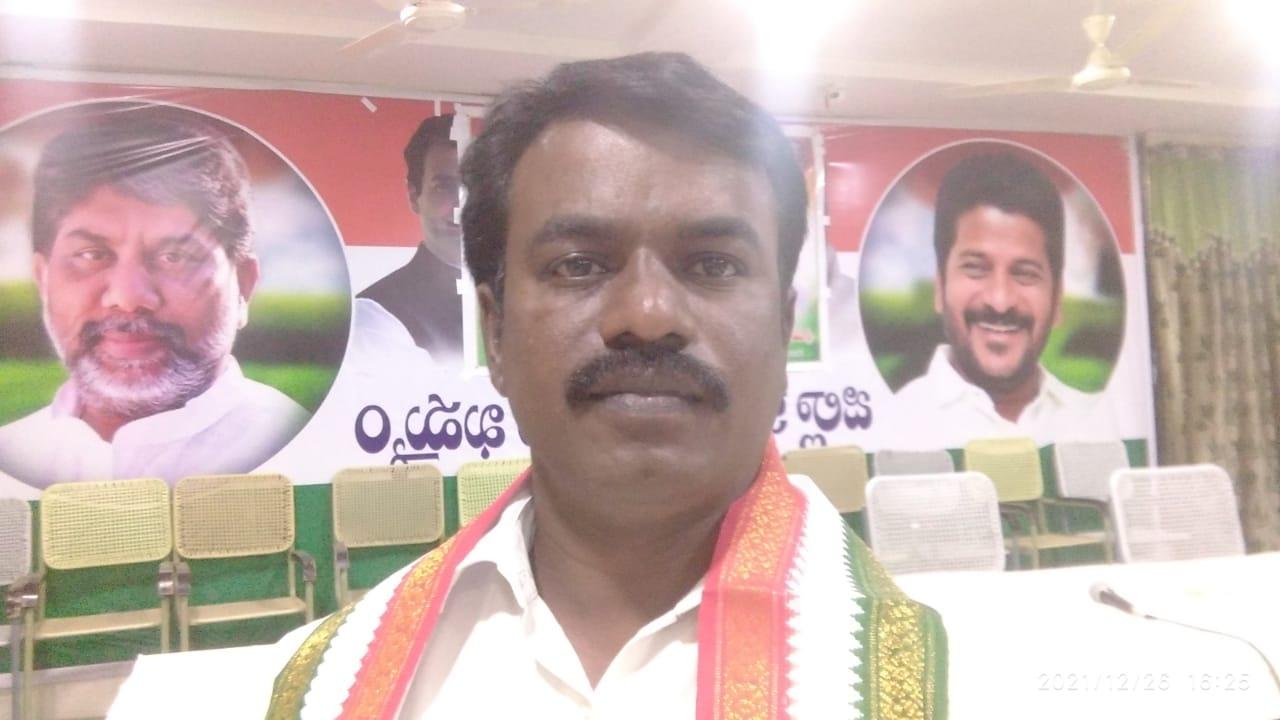 Goghula Raghavulu is an Indian Politician and current BC Cell Mandal President of Thallada, Khammam district.

He was born on 04th May 1988 to the couple Krishaiah and Lakshmi in Annargudem village.

Raghavulu has a keen interest in Social Service. His constant effort for serving people led him into Politics. In 2017, he officially entered into Politics and started his Political Career as a Member of the Indian National Congress(INC) Party which is ruling under the leadership of Sonia Gandhi.

As soon as he joined the party, Raghavulu positioned himself as a Public Leader by contributing to the party’s welfare initiatives. He was named a Party Worker and a Social Worker by party leaders in recognition of his efforts and hard work, and he was regarded as a significant strategist for his role as a successful party activist.

In the year 2020, The residents of Annargudem chose him as Village President because of his active engagement in the party and in the sufferings of the people, and he faithfully fulfills his obligations and responsibilities.

His incredible contribution to Public Welfare impressed senior political leaders. As a result of this, he was eventually appointed and currently working as BC Cell Mandal President of Thallada, Khammam district by the Congress party.

→ He has shown a special interest in backward people such as the Koya people, people who live in the forests. He distributes rice, fruits, and basic necessities to them.

→ He supported them financially in their personal issues, financial issues.

→ Raghavulu provided Books, pads, and Stationery things to the Students and motivates them to score high marks.
→ With the intention of no student can illiterate due to lack of money Raghavulu provided financial support to the poor people in the village and also donated a certain amount to the merit students for their higher education.

→ He conducts awareness of voting by telling that Exercising the right to vote is one of the most important duties of a citizen in a democracy. He motivates people by saying such things.

→ He engaged in programs like Harithaharam, and Swachh Bharath and made surroundings clean.

→ Organized the blood camp and medical camp in the village and donated the blood for the needy people.

→ He distributed fruits and blankets in the orphange and old age homes.

→ He has been conducting freedom fighters birth and death anniversaries and motivates students by telling them about their sacrifices.

→ Wet and dry garbages distributed and gave awareness on how to use them.

→ Raghavulu along with the Congress leaders have demanded that the government reduce petrol and diesel prices.

Raghavulu’s effort during the Pandemic

-As a responsible leader Raghavulu gave his contribution even during the covid time.

-Raghavulu divided all the youth among the Mandal into 40 units and through it he provided essential necessities to the villagers during the Covid-19. The unit became the Revanth Reddy Yuvasena.

-Raghavulu put his effort to serve people even during the covid second wave.

from Sri Surya junior college, which resided at Thallada