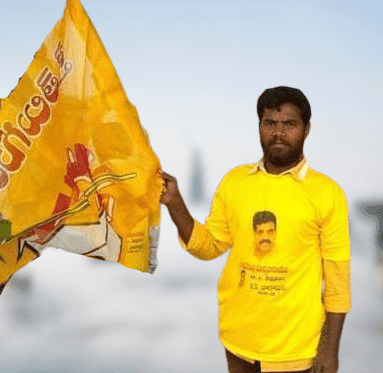 On the 03rd of May 1987, Kadarayya was born to the couple Mr. Goddumari Chinnapothulaiah and Mrs. Goddumari Venkata Laxmi and resided at Jallalapuram Village in Bathalapalli Mandal of Anantapur District in the Indian State of Andhra Pradesh.

He never believed in any Fancy education, he had a simple educational background as anyone did and in the year 2003, Kadarayya obtained his Secondary Board of Education from St. Joseph’s High School, Anantapur.

In the year 2010, Kadarayya began his political career through the Telugu Desam Party (TDP) which was founded by N.T. Rama Rao and headed by N. Chandrababu Naidu the former Chief Minister of Andhra Pradesh.

Kadarayya was a sincere TDP Active Leader right from his joining and propagating its principles from the beginning. He has been deeply attracted by the policies and ideals of the party and the vision of our great leader former Chief Minister of Andhra Pradesh and was immensely inspired by the unique schemes introduced by the Nara Chandra Babu Naidu.

Services Rendered During The Pandemic COVID: