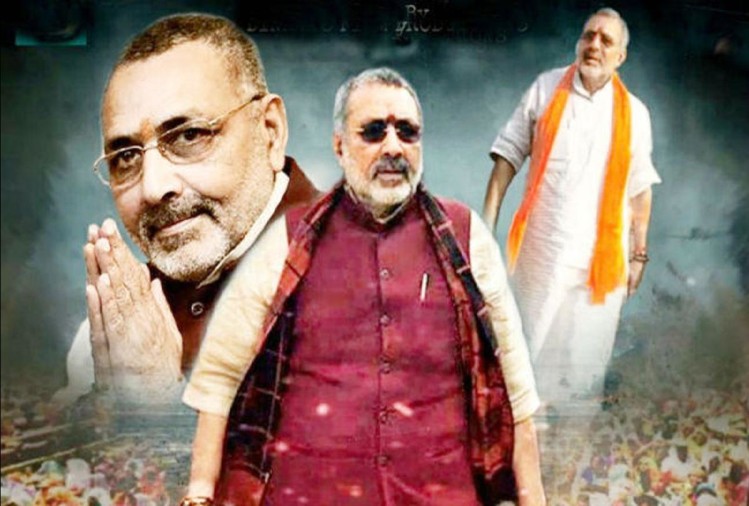 Giriraj Singh is an Indian politician and the Minister of Animal Husbandry, Dairying and Fisheries in the 23rd Ministry of the Republic of India. He is a Member of Parliament from the Begusarai Parliamentary Constituency in the 17th Lok Sabha.

He was born on 8th September 1952 in Barahiya town in Lakhisarai district of Bihar to Ramavtar Singh and Tara Devi. He graduated from Magadh University in 1971. He is married to Uma Sinha and has a daughter.

Giriraj Singh has done his schooling at the Government-run school of Barahiya and went on to graduate from Magadh University, Bihar in 1971. He belongs to the Bhumihar community. He gets married to Uma Sinha. The couple has one daughter.

Singh served in the government of Bihar as a co-operative minister from 2005 to 2010 and as an Animal Husbandry minister from 2010 to 2013. He has been a staunch supporter of Narendra Modi from the beginning.

He publicly supported Modi for Prime Minister for a long time. He was among the eleven BJP ministers who were dismissed by Nitish Kumar as a result of breaking the JDU-BJP alliance. He is a member of Bihar State Bharatiya Janata Party’s 16-member state election committee and presently a State Minister (independent charge) of the “Ministry of Micro Small and Medium Enterprises “, MP from Nawada Constituency (2014 Indian General Election).

In May 2019, he became the Cabinet minister of the newly formed Ministry of Animal Husbandry, Dairying and Fisheries after defeating CPI candidate Kanhaiya Kumar in the 2019 Indian general election

from the Government-run school of Barahiya

of Joint Committee on Salaries and Allowances of Members of Parliament

for Micro, Small and Medium Enterprises