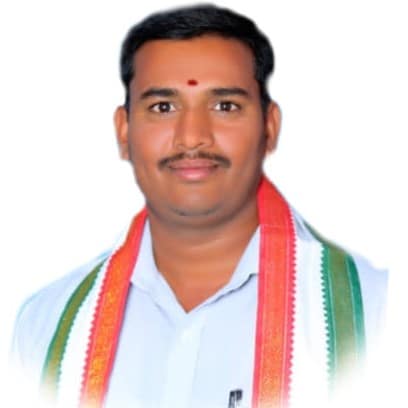 Gilleli Chandra Shekar often called by his initials Gilleli Chandu is an Indian politician. Currently, he is the President of Mandal BC Cell of Hanwada from the Congress party.

He was born on 02nd-March-1989 and raised in Mahbubnagar in the Indian State of Telangana. His parents were Gilleli Krishaiah and Kistamma.

In the year 2005, Chadhu completed his Higher Board of Education from Basic Practicing High School located at Mahbubnagar. He finished his undergraduate from Chaitanya junior college resided at Mahbubnagar in 2007.

As his passion is to be self-employed and self-dependent, After the accomplishment of his Education, He began his Professional Life by working as an Employee and worked on that by implementing the acquisition of design, financial planning, execution, operating, maintaining, and technical works and many more. Despite handling huge family responsibilities, he always had greater achievements Professionally and Educationally.

Since the date of joining the Party, He has been working as an INC Party Activist by actively participating in every program related to the political party.

In addition to his primary responsibilities in the decade 2013, he appointed and served as the Ward Member from the 9th ward of Peddadarpally village in the district of Mahabubnagar. Being a Ward Member he has done many welfare activities and satisfied people by fulfilling their needs and doing his part to better society by carrying out his duties properly and following the rules and regulations of the party.

For his perseverance, dedication, and service, Chandra Shekar’s position was upgraded as the Ward Member for the 3rd ward of Mahabubnagar district. being served in honorable designations, he strongly stepped forward for the honorable position and contested as MPTC in the 2019 elections, and unfortunately, he lost the position with the majority of votes.

Moving forward as a successful  Indian Politician and became a role model in society, Chandra Shekar gained public acclaim by developing the village. In 2019, He elected as a Mandal General Secretary of Hanwada from the Youth Congress Political Party.

Since then he has been monitoring the respective designations by solving the issues. Being serving in the assigned positions, Chandra Shekar has been performed many social and welfare activities for the people. From the moment he has begun his early life till now he has been using all his resources for the people and pursuing his happy life of public welfare.

During Telangana Movement, Chandra Shekar played an active role and fought for the creation of a new state, Telangana, from the pre-existing state of Andhra Pradesh in India.
Maha Dharna was held at the Clock Tower Center for the separate state of Telangana.
As being a part of the fight for the state of Telangana, Chandra Shekar has been organized Padayatra and fought for Telangana State along with party members.
Under the auspices of the Telangana movement, non-stop protests were held for 25 days.

He organized and involved in Rasta Roko from a distance of  Mahabubnagar District.
He participated in many social Programs and involved in Million March, Bike Rallies, and Dharan’s to form Telangana as a separate State.
He set up a Vanta Varpu during the period of Rasta Roko and in programs of Sakala Jamula Samme, Bahiranga Saba, and many more dharnas and rallies were held in continuous movement.
He formed Youth students to fight for the Telangana State and to bring Telangana as a separate state.

By Recognizing Chandra Shekar’s contribution to the party and his unwavering commitment to the welfare of the people, promoted as President of Mandal BC Cell of Hanwada from the Congress party in 2021.

Since then he has been monitoring the respective designations by solving the issues by executing the financial Planning, Execution, Operating, Maintaining, and Promoting the right Perspective towards the need for holistic and sustainable development in people by doing his part to alleviate the hardships faced by the people.

He extended his activities by contributing  many Social Services:

Although he is currently contributing to the party as President, Chandra Shekar’s ambition is to serve the people of the country by remaining in a better and more dignified position. 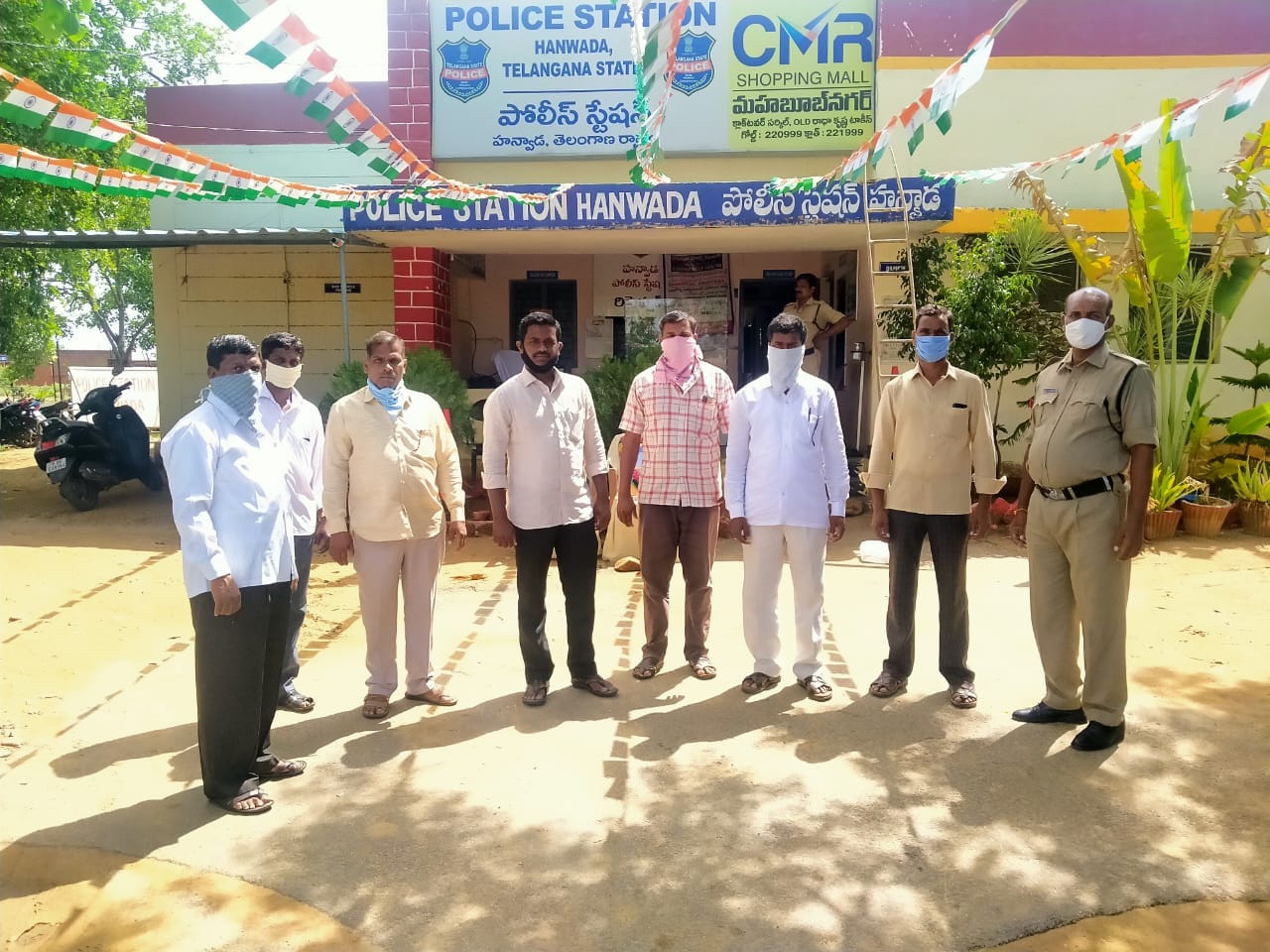 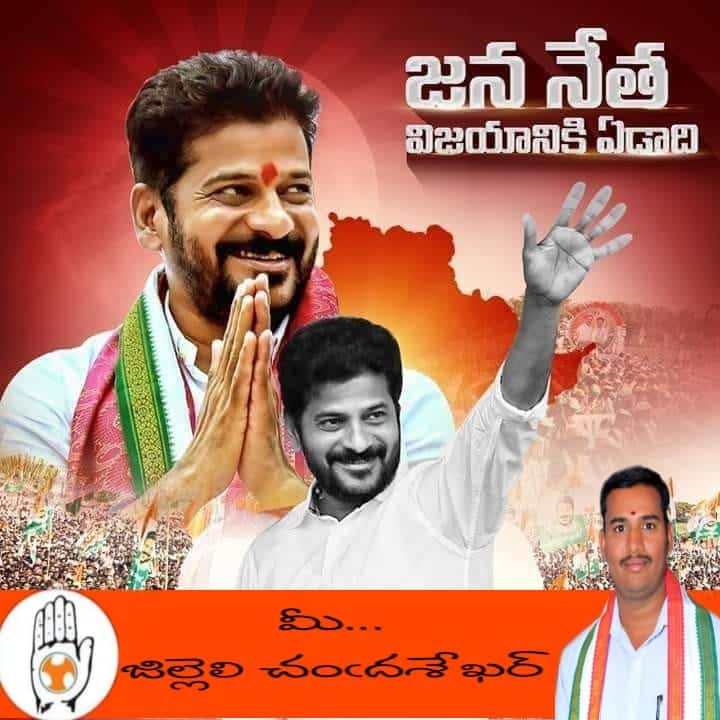 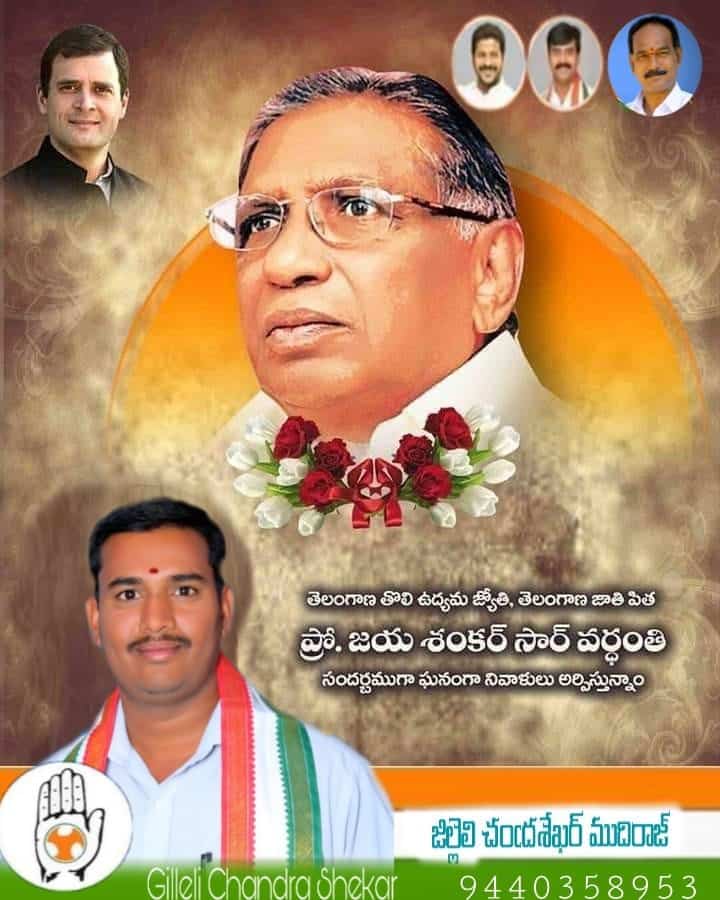 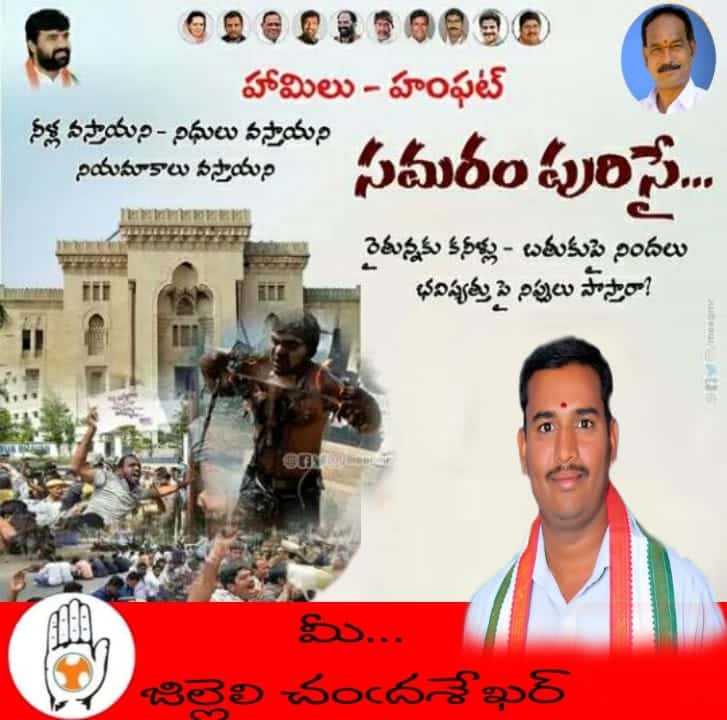 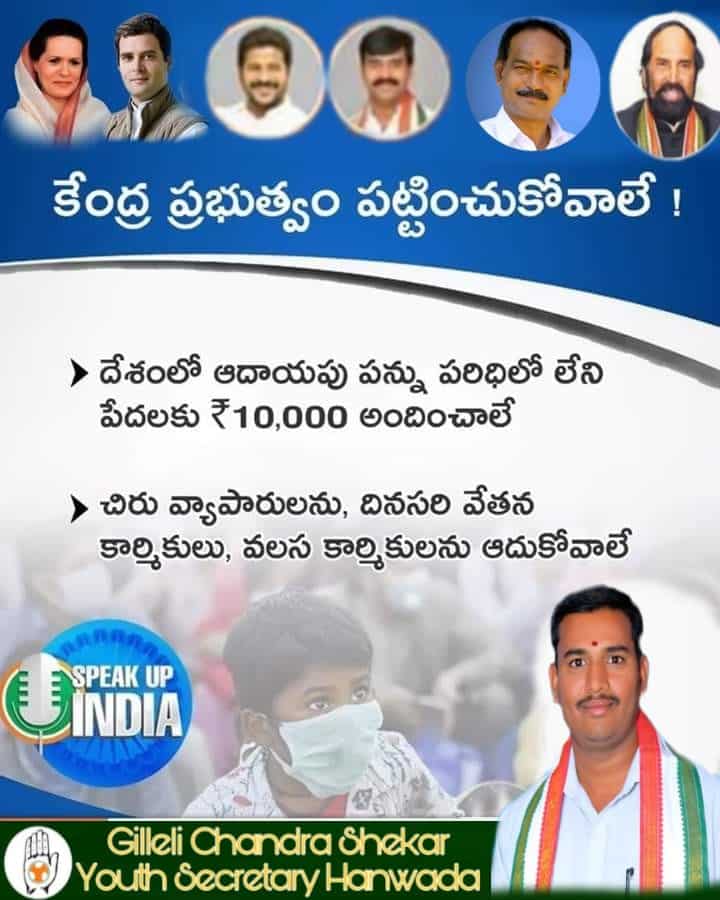 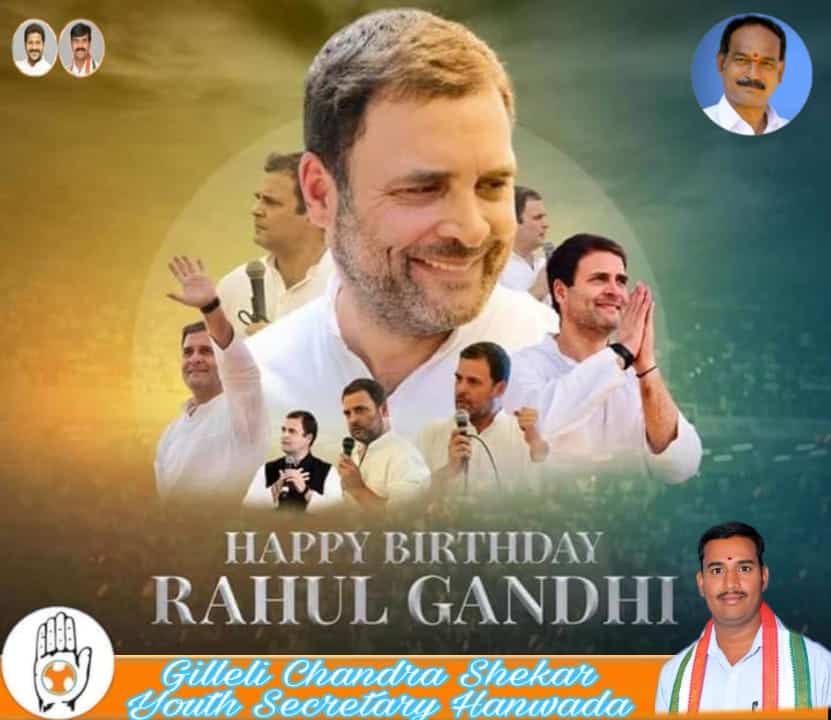 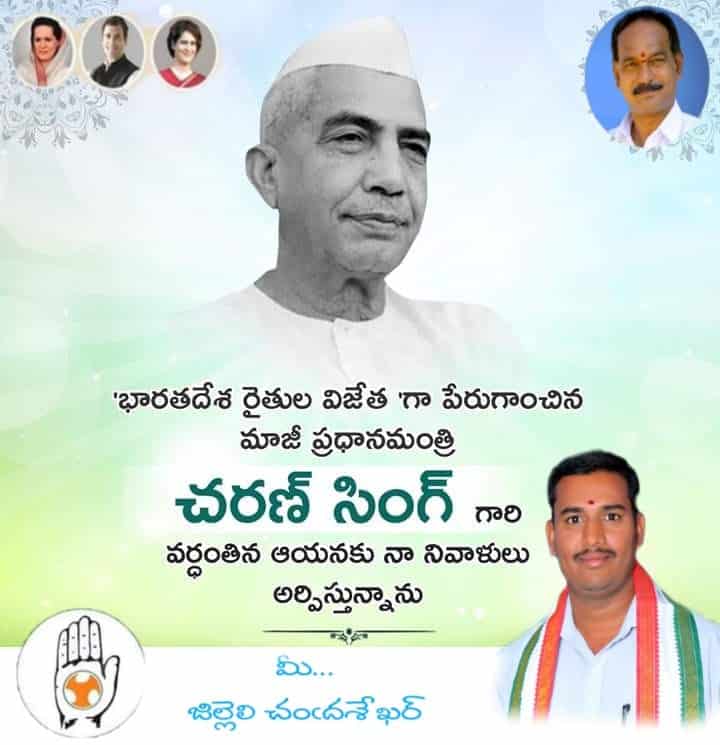 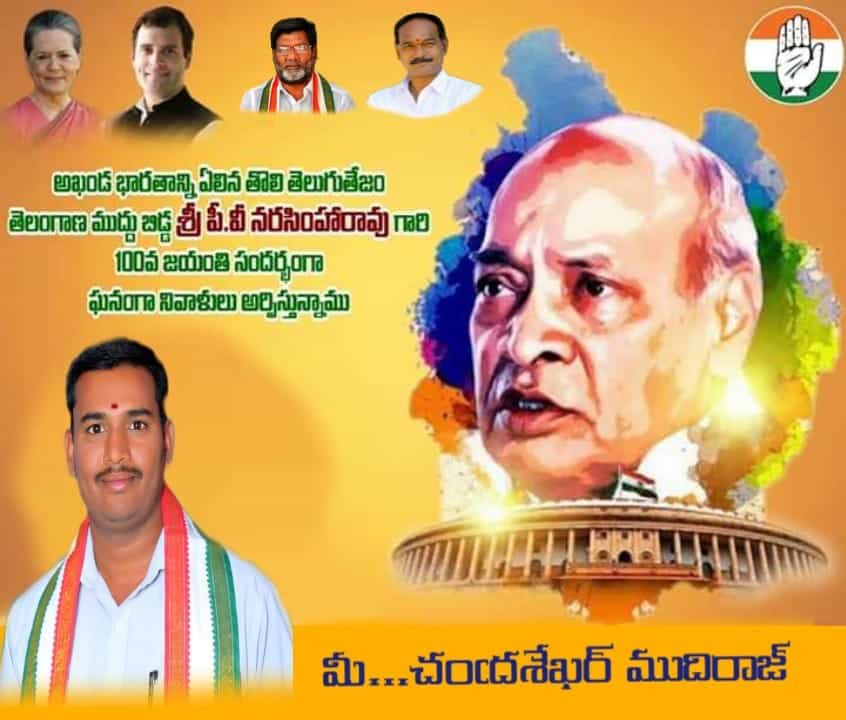 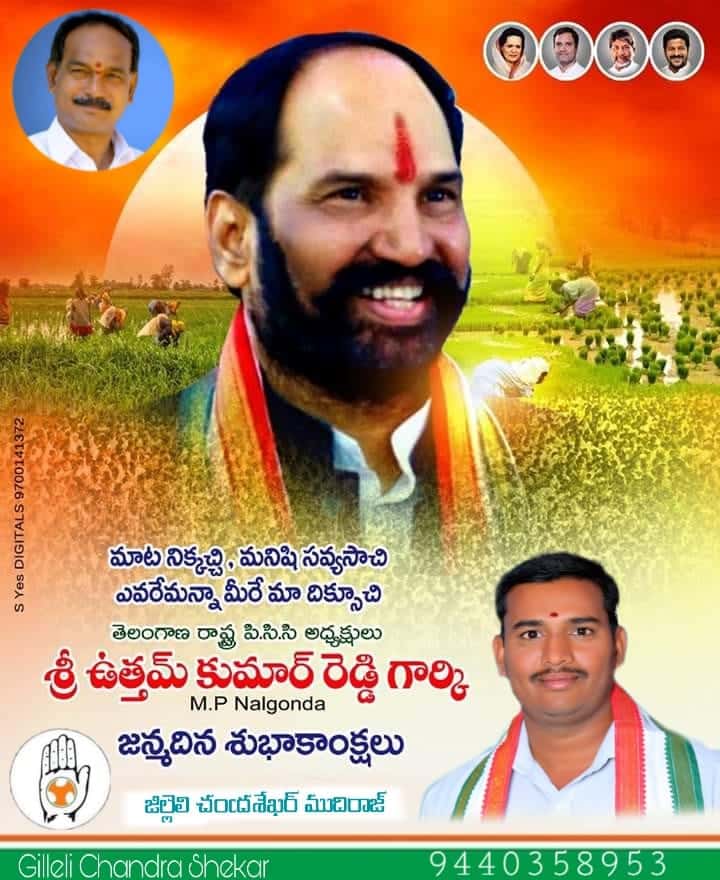 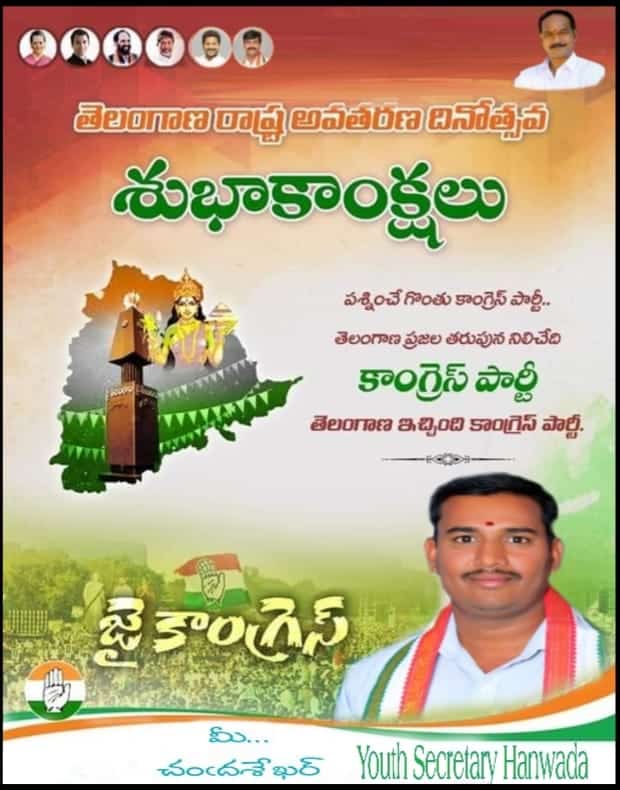 from the 9th ward of Peddadarpally village

of 3rd ward from Pallemoni colony

President of Mandal BC Cell

of Hanwada from the Congress party

of Hanwada from the Congress party