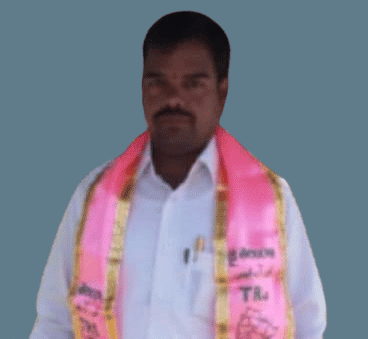 Gangadevi Balakrishna is the Village President from TRS at Ramalingampally Village in the respective state of Telangana.

He was born in the year 1986 and raised up in a small census town of Ramalingampally village of Bhoodan Pochampally Mandal in the state of Telangana. His parents were Mrs&Ms. Gangadevi Laxmaiah.

In the year 2005, he completed his Higher Board of Education from Shantiniketan High School resided at Pochampally.

Shortly after the accomplishment of his education, Balakrishna commenced his political career in the year 2001 by joining Telangana Rashtra Samithi (TRS) founded by Kalvakuntla Chandrashekhar Rao who is the Indian politician serving as the first and current Chief Minister of Telangana.

He exposed his leadership skills by serving as the Party Activist and working comprehensively all the time for the welfare of humankind. As being a part of TRS, Balakrishna expresses keen interest and performs every activity for the recognition of the respective party.

He garnered the people’s affection and extended his services by expanding his responsibilities as the Village President of Ramalingampally in the year 2008 to care about the difficulties that arose in the society.

He won the admiration of the party and the people by using the responsibilities, duties, and powers assigned to him. So that in the respective year,i.e in 2015, he was re-elected with the admired position of Village President from TRS political Party and served with gratitude till the year 2018.

Telangana Movement:
During Telangana Movement, Balakrishna played an active role and fought for the creation of a new state, Telangana, from the pre-existing state of Andhra Pradesh in India.
Maha Dharna was held at the Clock Tower Center for the separate state of Telangana.
As being a part of the fight for the state Telangana, Balakrishna has been organized Padayatra and fought of Telangana State along with party members in Kakatiya University.
Under the auspices of the Telangana movement, non-stop protests were held for 25 days.

He organized and involved in Rasta Roko from a distance of Yadadri-Bhuvanagiri District.
He participated in many social Programs and involved in Million March, Bike Rallies, and Dharan’s to form Telangana as a Separate State.
He set up a Vanta Varpu during the period of Rasta Roko and in programs of Sakala Jamula Samme, Bahiranga Saba and many more dharnas and ralleys were held in continuous movement.
He formed Youth students to fight for the Telangana State and to bring Telangana as a separate state..

His Extended his Services and Contributed Developmental Activities: