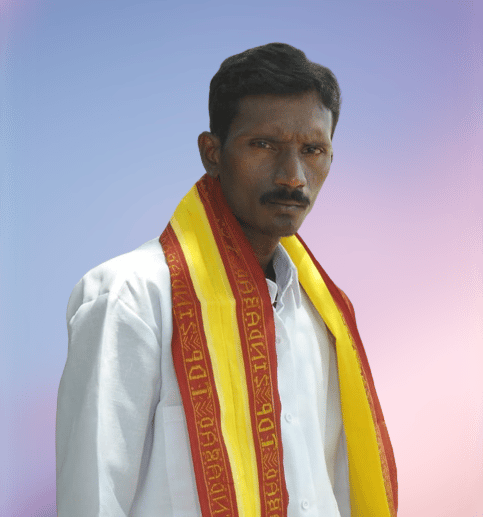 Galla Pichahari is an Indian Politician and current Village Youth Leader from the TDP Political Party at Vemavaram village in the Indian State of Andhra Pradesh.

On the 22nd of January 1985, Pichahari was born to the couple Mr. Galla Lokaiah & Mrs. Galla Ganamma in Vemavaram village of Guntur district from the respective state of Andhra Pradesh in India.

He never believed in any Fancy education, he had a simple educational background as anyone did, Pichahari acquired his Secondary Board of Education in 2002 from ZP High School located at Vemavaram in Guntur and completed his Intermediate course in 2004 from St. Peters Junior College situated at Guntur, Andhra Pradesh.

Soon after the conclusion of his studies, Pichahari began his professional career by setting up a Photo Studio business of his own named Amrutha Digitals, and ever since he commenced he simultaneously handled his family responsibilities.

In the year 2000, Pichahari commenced his political career by joining the Telugu Desam Party (TDP) and continued rendering services to the people as an Active Member of TDP.

Pichahari was a sincere TDP Party Activist right from his joining and propagating its principles from the beginning. He has been deeply attracted by the policies and ideals of the party and the vision of our great leader former Chief Minister of Andhra Pradesh and was immensely inspired by the unique schemes introduced by the Nara Chandra Babu Naidu.

In recognition of his continued service in the year 2021, the party not only promoted him to the position of Village Youth Leader from Vemavaram village but also increased his responsibilities to discharge his duties.