Erigi Ramesh is the SC Cell Chairman of LB Nagar Constituency. He was born on 21-01-1974 to Erraiah and Yellamma.

He studied 1st to 6th standards at Hayathnagar and from 6th to 10th at Medipally Ramana Reddy Public school, Vanastalipuram. He completed his Graduation(Degree) from Dr.BR.Ambedkar open university.

Ramesh promoted to General Secretary of LB Nagar Constituency and served in the position from 2014-2018.

In 2019, Ramesh worked hard for Congress party Lok Sabha candidate Revanth reddy’s victory. He works as a Prachara Kartha to Munsurabad Division Congress party candidate Jakkidi Prabhakar Reddy in the 2020 Greater elections. In recognition of his efforts, he was appointed as the SC Cell Chairman of the LB Nagar Constituency in 2020 and currently working in the position.

Ramesh is the Recipient of the National Ambedkar Seva Puraskar. He protested under the auspices of Dalit Bahujan Praja Sanghas on the occasion of the year when the Ambedkar building was demolished. 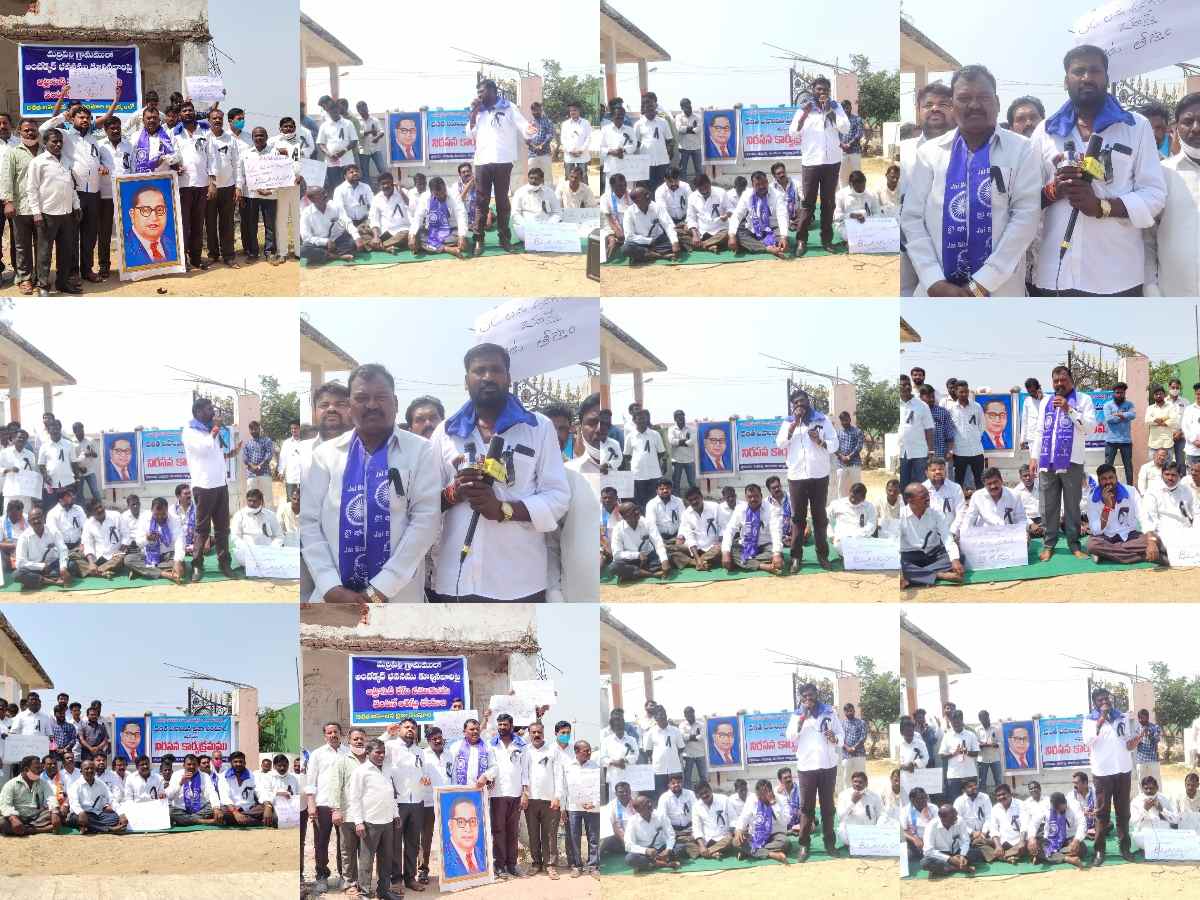 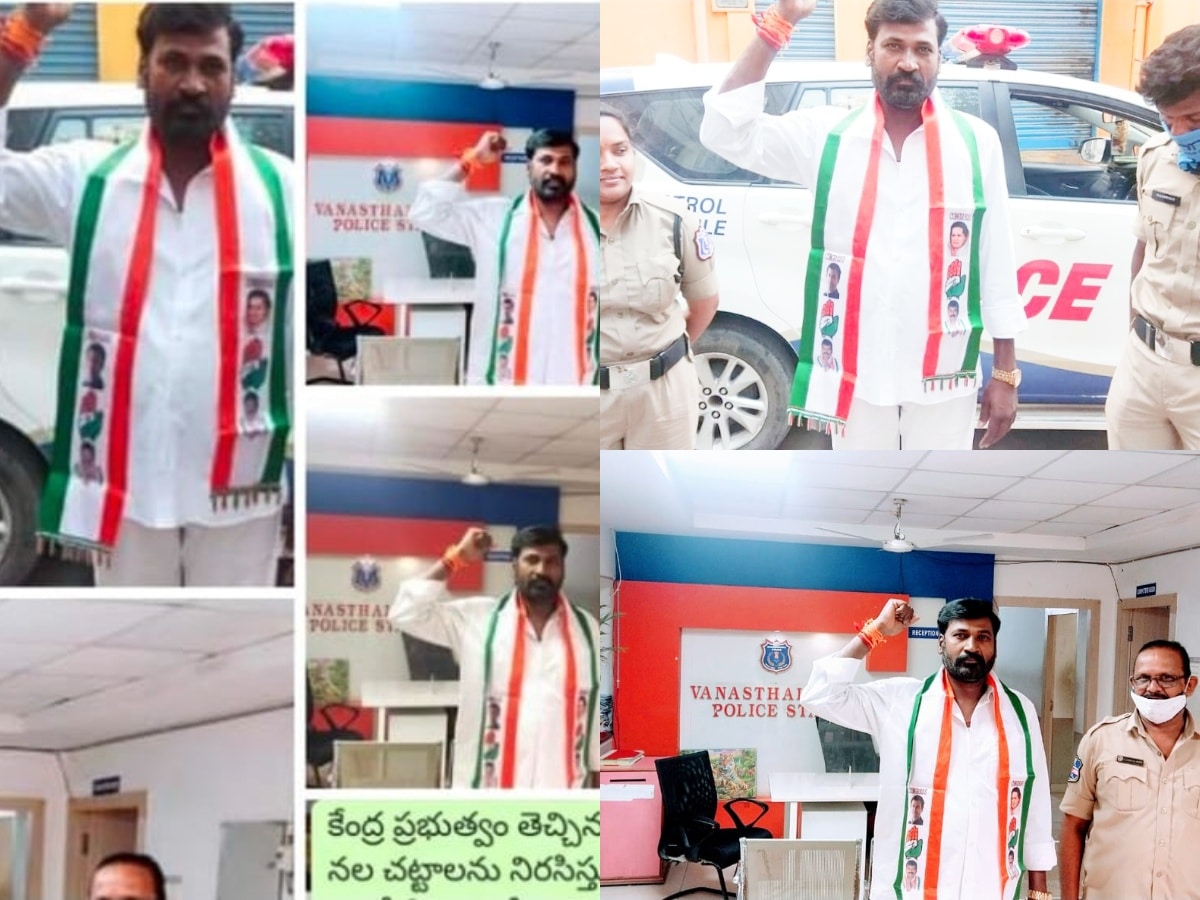 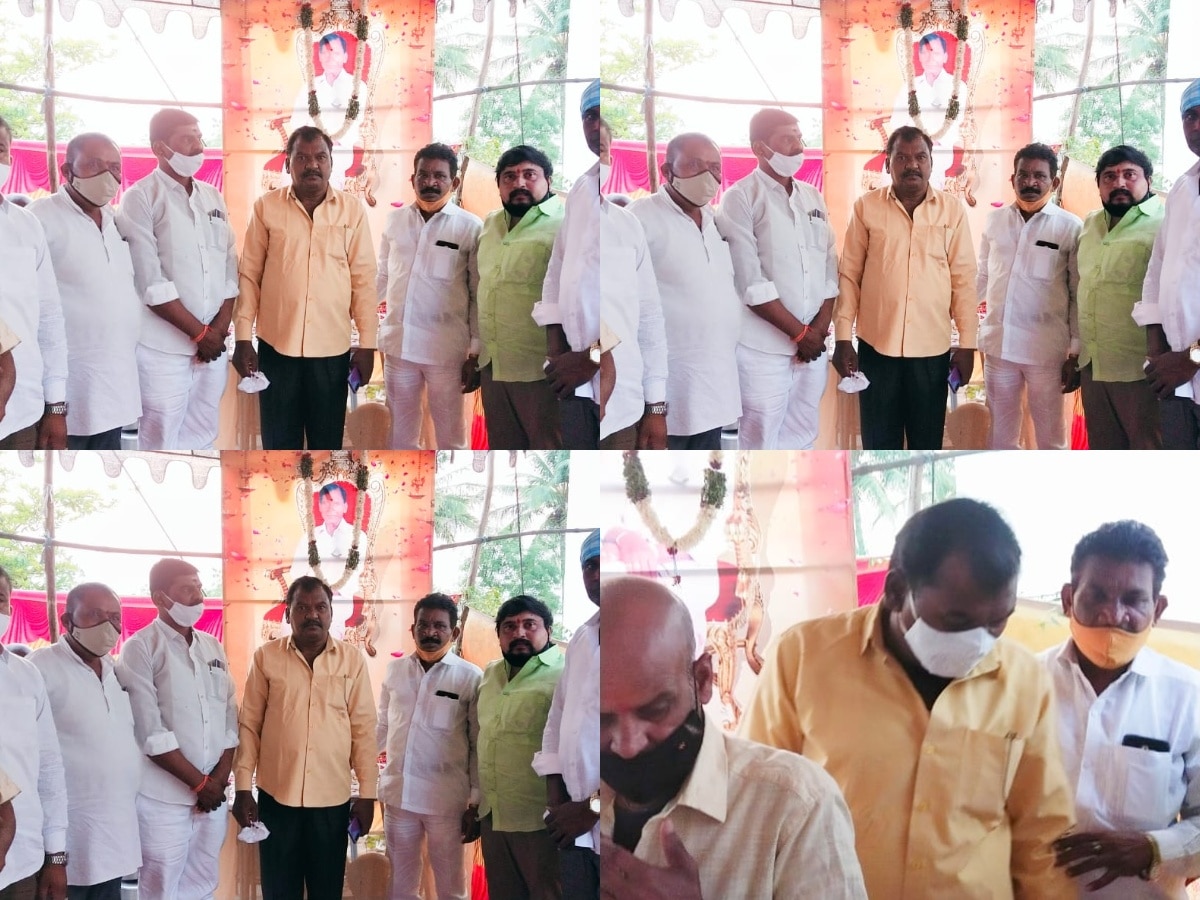 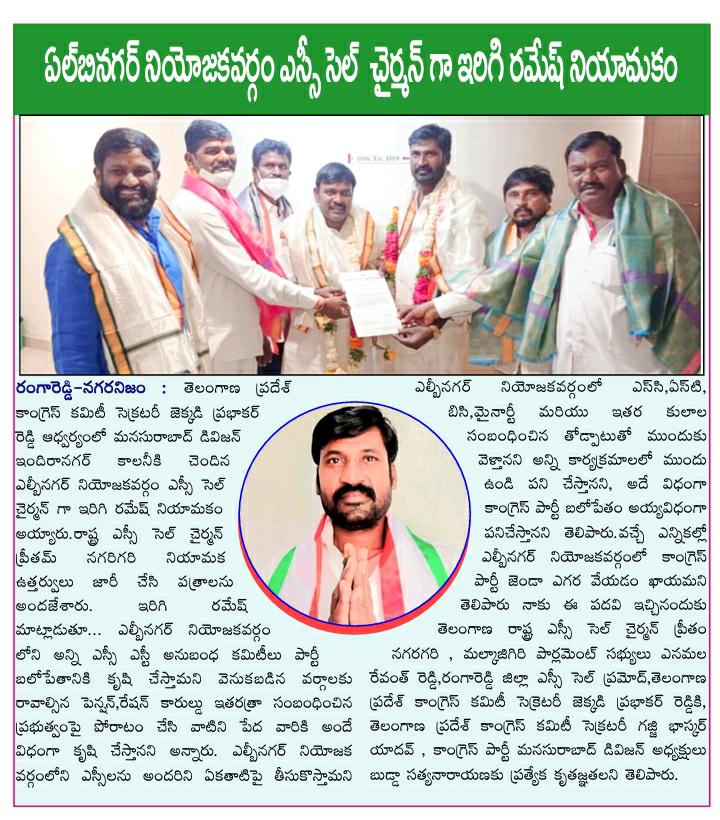 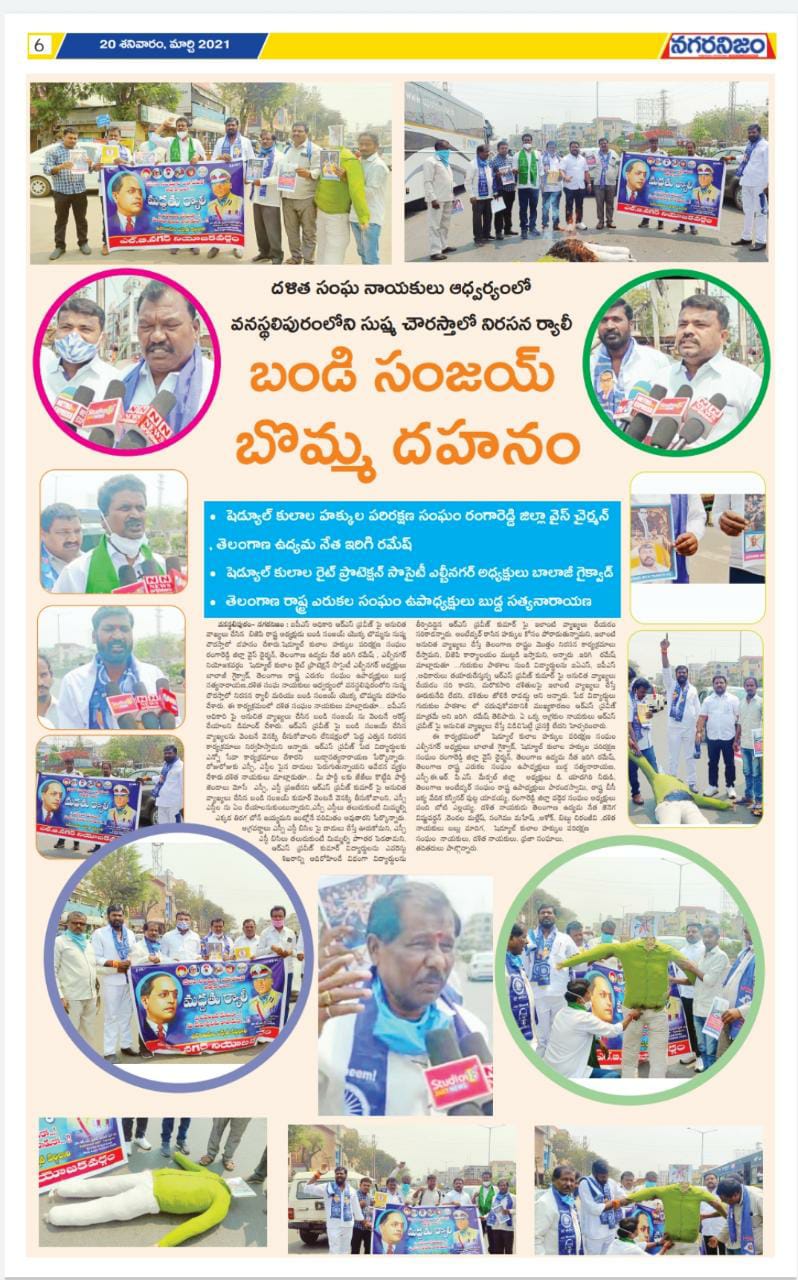 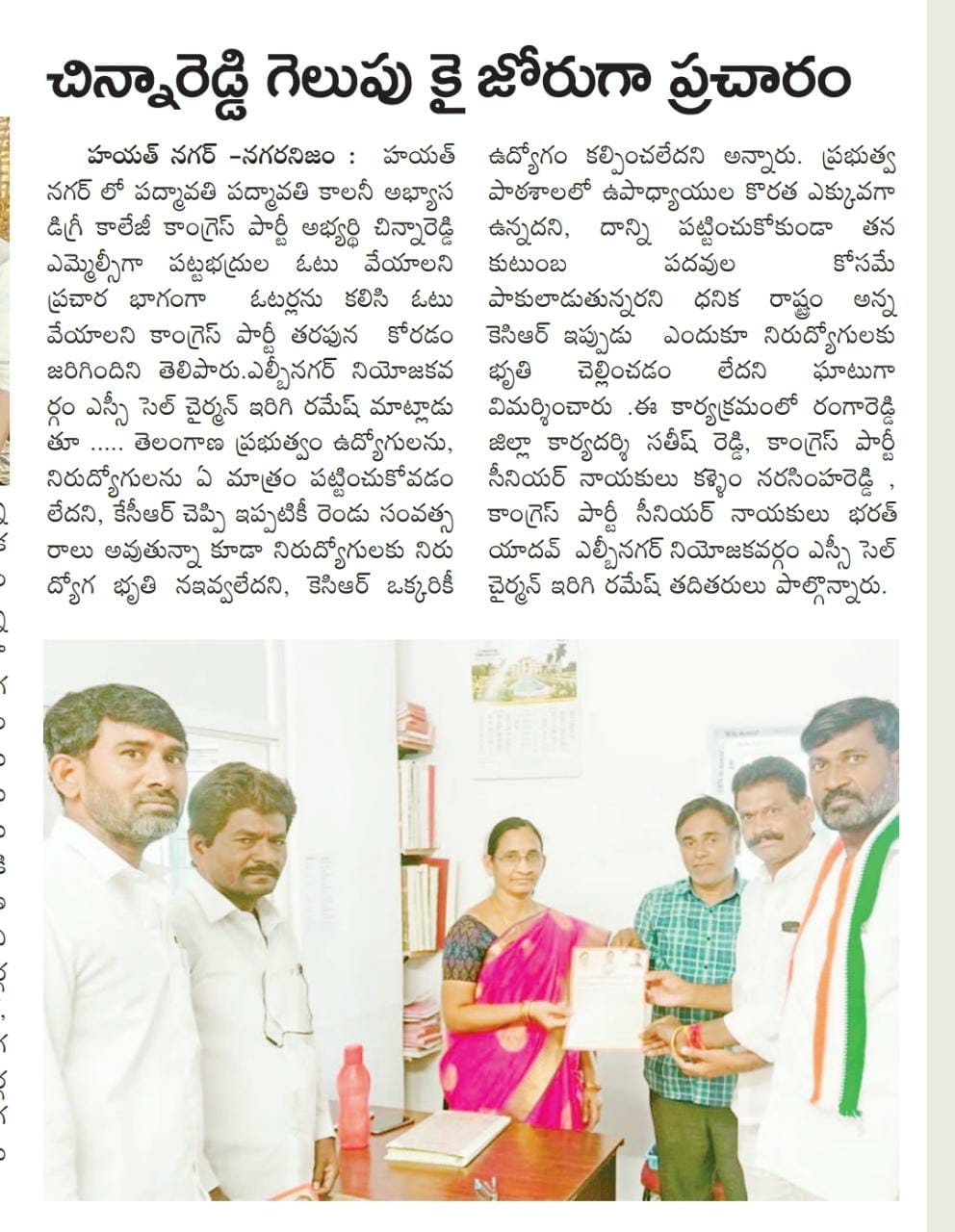 of LB Nagar Constituency from the TRS

Re-joined in the Congress party