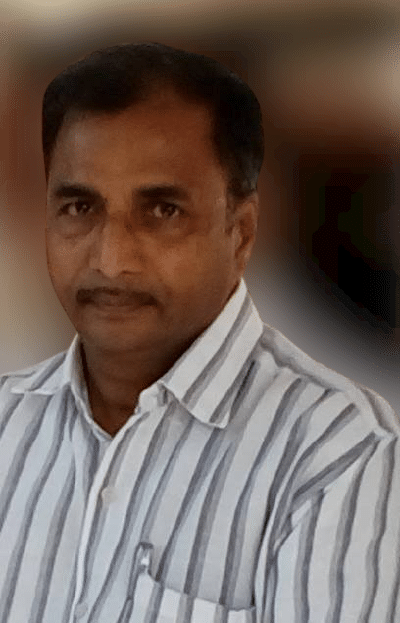 Dusanapudi Soma Sundar is the Working Editor of Janabalam monthly Magazine. He was born on 21-06-1957 to Virata Raju in Unguturu Mandal. He completed SSC from ZP high school, Unguturu. He completed his Graduation(BA) from Tadepalligudem. From 1975-2005, he worked as a Journalist in Visalaandhra Newspaper.

Since 2005, Soma Sundar has been serving as President of the Area Committee of All India Trade Union Congress(AITUC). From 2005-2010, he worked as a Member of Governing Council, Press Academy of Andhra Pradesh. Soma Sundar serving as Working Editor of Janabalam monthly Newspaper since 2005.

Soma Sundar appointed as State President of United Andhra Pradesh from 2007-2015. In 2012, Soma Sundar held the position of Member of Governing Council, AP Literacy Mission. In 2016, Soma Sundar founded Pratham Infotech Foundation Computer Training Center, he is the head of it. In 2018, Soma Sundar is a Member of the National Executive Committee of the Indian Journalists Union. In 2020, He was selected as Honorary President of the District Committee of AITUC.

of Area Committee of All India Trade Union Congress.

of Area Committee of All India Trade Union Congress(AITUC).

of Press Academy of Andhra Pradesh.

of the Indian Journalists Union.

of District Committee of AITUC.