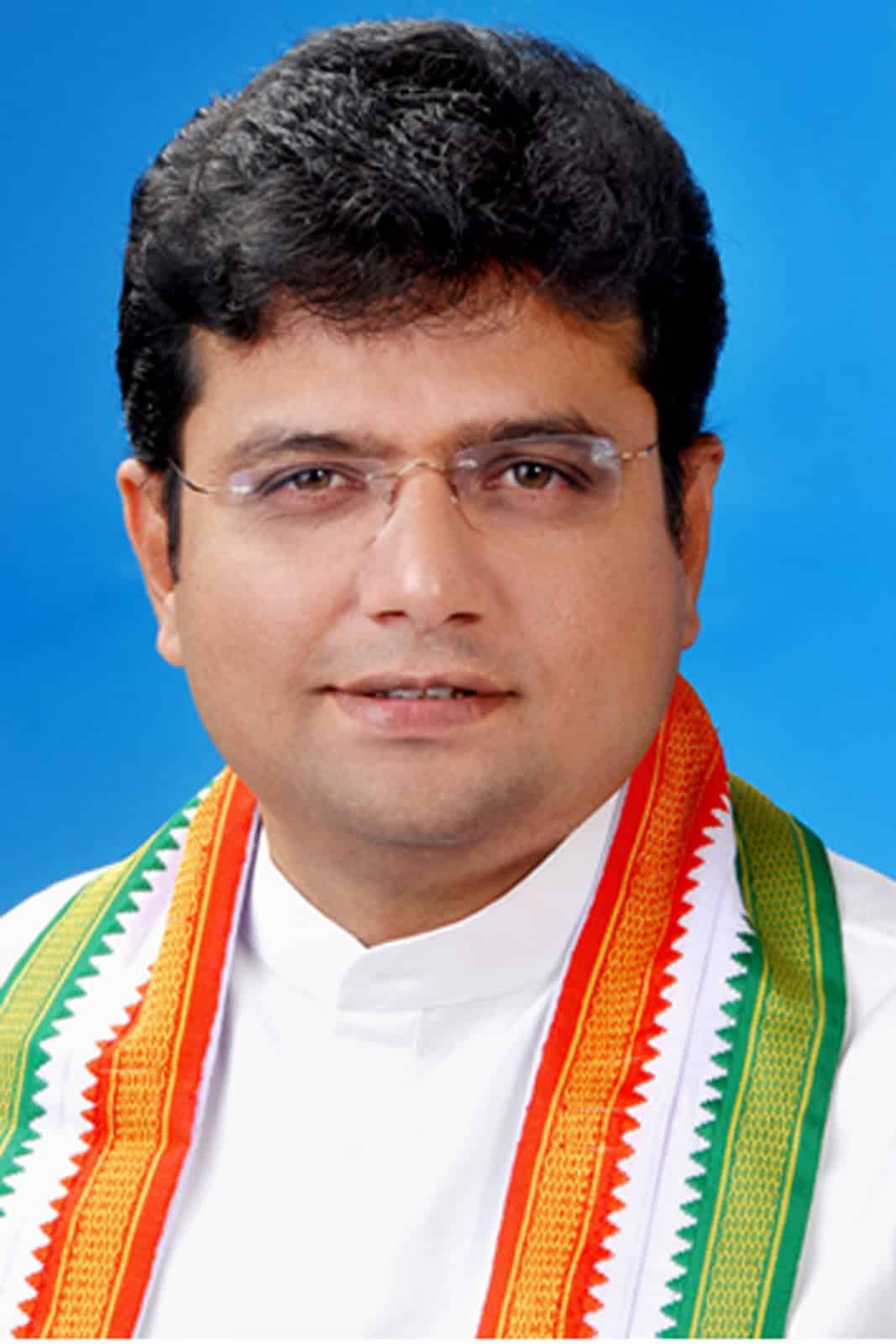 Duddilla Sridhar Babu is the son of former Speaker of AP Assembly, D. Sripada Rao. Sridhar Babu entered into Active politics after the death of his father in 1999. At that time he decided that it was incumbent on him to continue the work of his father in the Manthani constituency and more specifically in the Karimnagar district in which it is situated.

Sridhar Babu is married to Ms. Shailaja Ramaiyer, an officer in the Indian Administrative Service of the Telangana Cadre while being an MLA The couple has two children.

He started his Political Journey with the Indian National Congress Party(INC). From 1999-2004, he served as the Member of Legislative Assembly of Manthani Constituency, Karimnagar Dist.

From 2004-2006, He worked as the Board Member of Thirumala Thirupathi Devasthanams(TTD). From 2004-2009, he was the Member of Legislative Assembly of Manthani Constituency, Karimnagar Dist. From 2004-2012, he served as the President of the District Congress Committee, Karimnagar.

Sridhar Babu is known for carrying out developmental works in the Backward region of Manthani ever since he became a Member of the Legislative Assembly and is believed to be always close to the people of the region.

In the 2004 elections, in which the Congress Party gained power, he defeated the TDP candidate, Somarapu Satyanarayana, by a margin of 42,560 votes. From 2004-2009, he was the Government Whip in the 12th Andhra Pradesh Legislative Assembly.

From 2009-2014, he served as the Member of the Legislative Assembly of Manthani Constituency, Karimnagar Dist. From 2009-2010, He worked as Minister for Higher Education and NRI Affairs, Government of Andhra Pradesh.

From 2010-2014, He was appointed as Minister for Civil Supplies, Food & Consumer Affairs, Legal Metrology & Legislative Affairs, Government of Andhra Pradesh. From 2014-2016, Chairman of Cricket Association of Telangana, CAT.

In 2014, He worked as Chairman of the Manifesto Committee, Telangana Pradesh Election Committee. He contested as MLA in 2014 and lost the MLA post. In 2016, He was Vice President of the Telangana Pradesh Congress Committee. In 2018, He is the Member of the Legislative Assembly (MLA) of Manthani, Peddapalli Dist 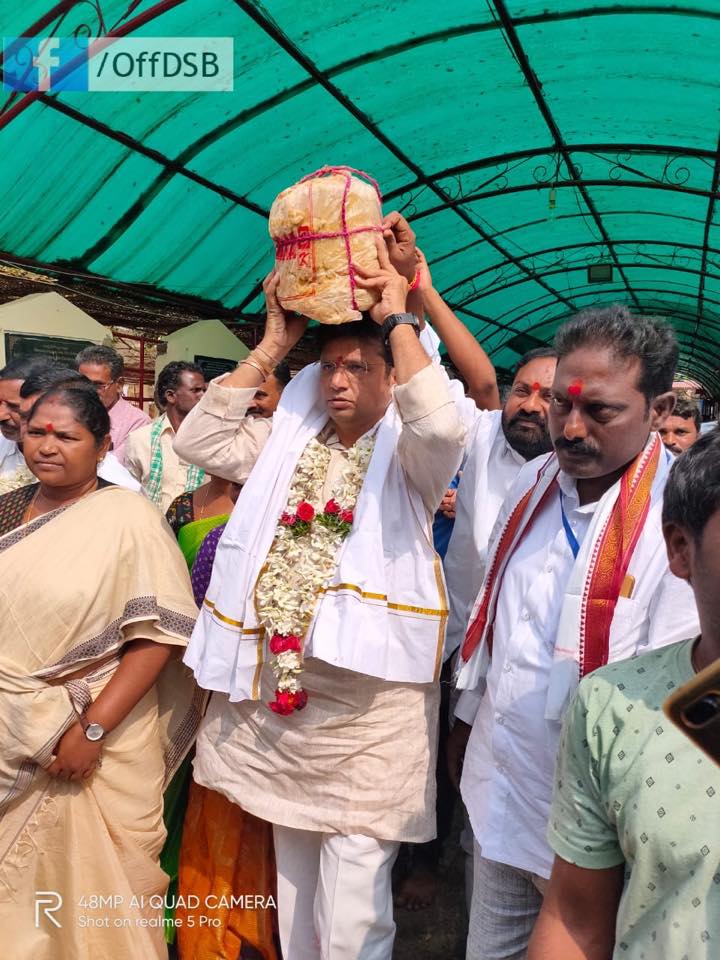 Had darshan of Samakka Saralamma and worshipped the Goddesses, along with Mulug MLA Smt Seethakka Garu and other Congress leaders. Offered bangaram (jaggery)to the goddesses and prayed for the well being of everyone in my constituency. 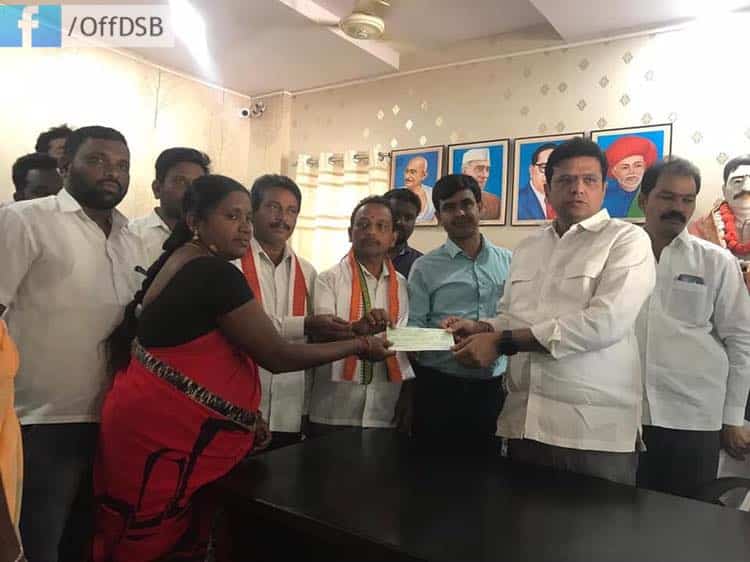 Distributed cheques to the beneficiaries of Kalyana Lakshmi and CMRF today in the MLA Camp office in Manthani. Beneficiaries of 5 mandals Manthani, Ramagiri, Mutharam, Kamanpur, and Palakurthi received the cheques. 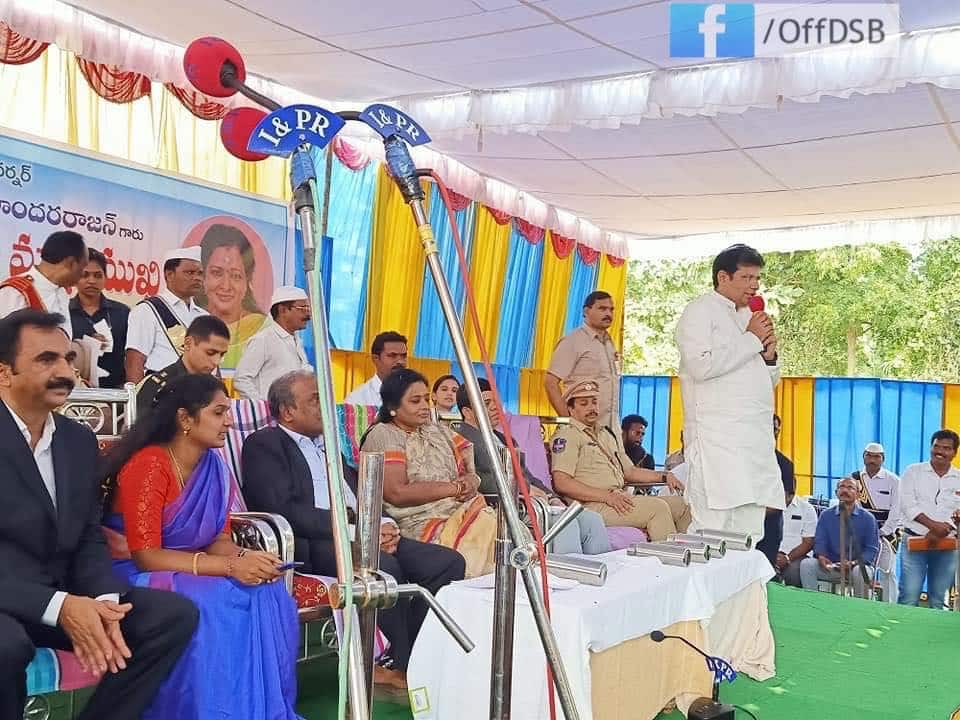 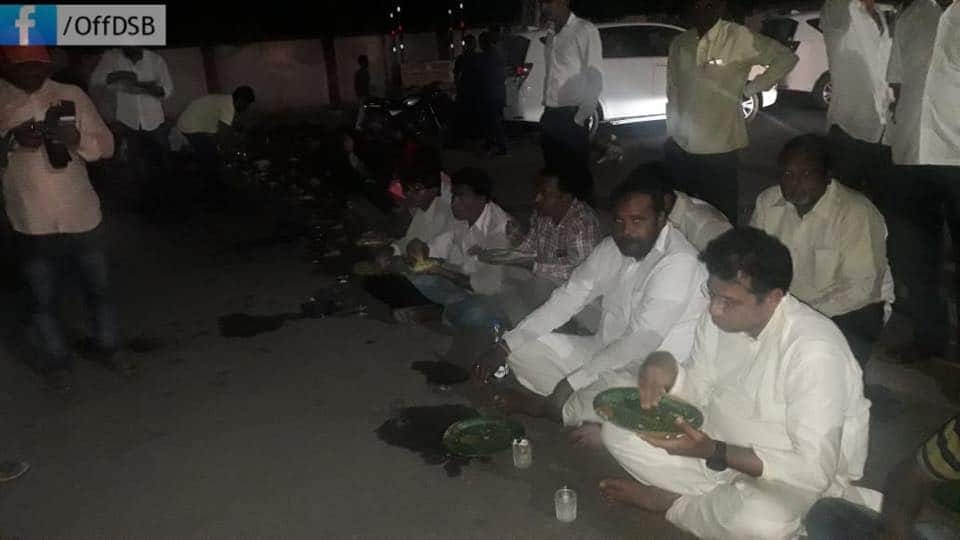 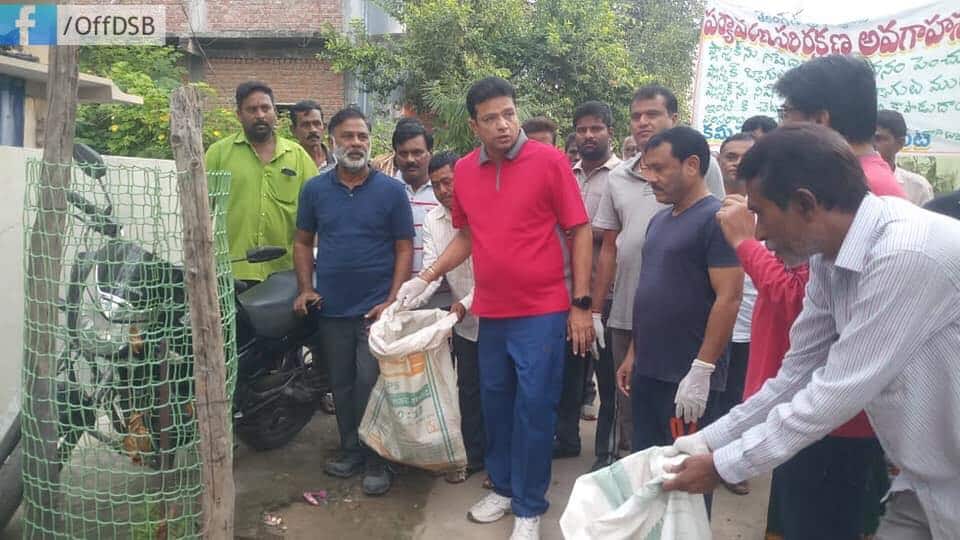 Participated in the Swachh Surveskhan drive organized in Manthani municipal limits along with the municipal commissioner, Manthani, and other citizens of the town. The need to stop the use of plastic also was communicated in this drive. Cleanliness is godliness and it is our responsibility to keep our premises and surroundings clean. 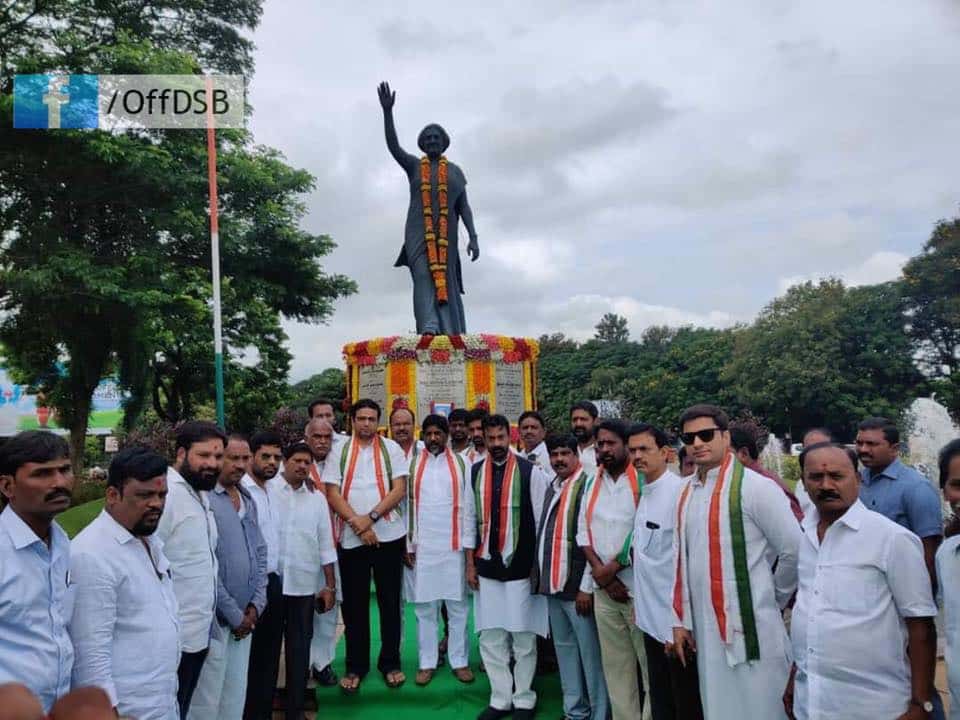 Paid my homage to Late Smt Indira Gandhiji the former Prime Minister of India, on her 35th death anniversary. 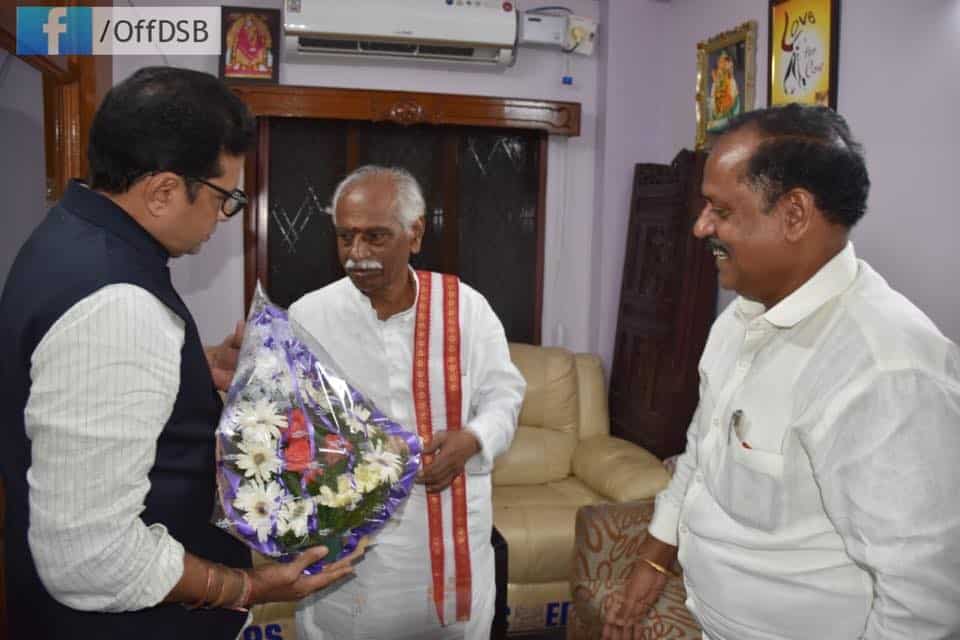 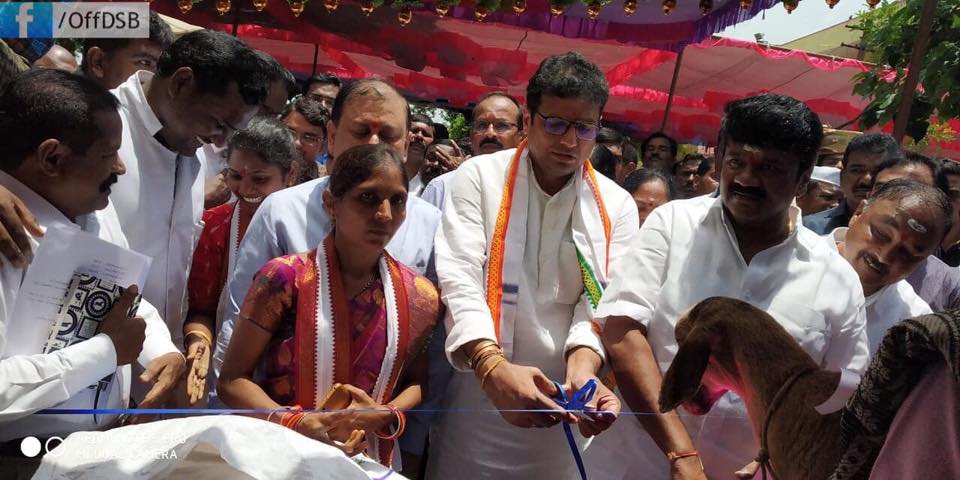 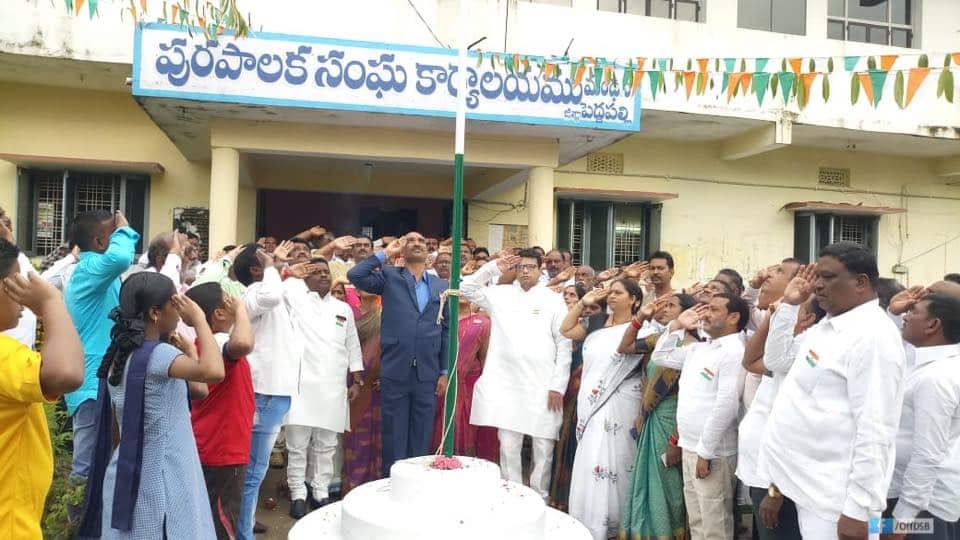 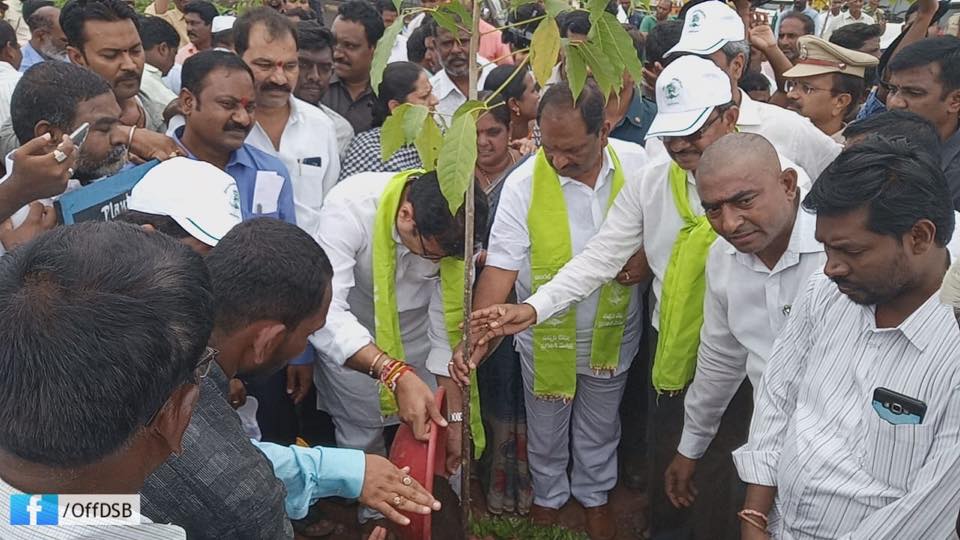 From University of Hyderabad

From University of Hyderabad

for Higher Education and NRI Affairs, Government of Andhra Pradesh

of Cricket Association of Telangana,CAT

#Manthani #Malhar
Visited the Malhar mandal of my constituency today.
Have requested Malhar mandal authorities to make the people aware of the lockdown extension till 30th April, and the need to stay at home and maintain social distancing.

#DuddillaSripadaRao
Paid tributes to my father and Ex- Speaker of Undivided Andhra Pradesh Assembly Sri Duddilla Sripada Rao Garu, on his 21st Vardhanti, in Manthani today.Every day I am reminded of the huge responsibility that I carry, to promise to continue on his path. pic.twitter.com/H4qTHw9F4y

#Manthani #Palimela
Did my small bit in distributing essential items to about 30 migrant families from Chattisgarh state, in Mukunur village of Palimela mandal.We need to take precautions against Corona but there is no need to panic.Cooperate with administration and stay indoors. pic.twitter.com/ULAbnP0iCV

I am senior leader in the Telangana Congress party and a four term MLA. I strongly condemn fictitious news about me changing the party.

#TSRTCStrike Yesterday while I was participating in a peaceful rally alongwith CLP leader Sri Bhatti garu, ex MP Sri Anjan garu, TYC president Sri Anil and other congress leaders, we were forcibly arrested.We were expressing our solidarity with the RTC staff. pic.twitter.com/xQgzUfoSPc

Today we met Dr Tamilisai Soundararajan, the Honorable Governor of Telangana and extended our best wishes. We also requested her to take action against the 12 MLAs who defected from the Congress Party to TRS. pic.twitter.com/c6GxbRzrTR