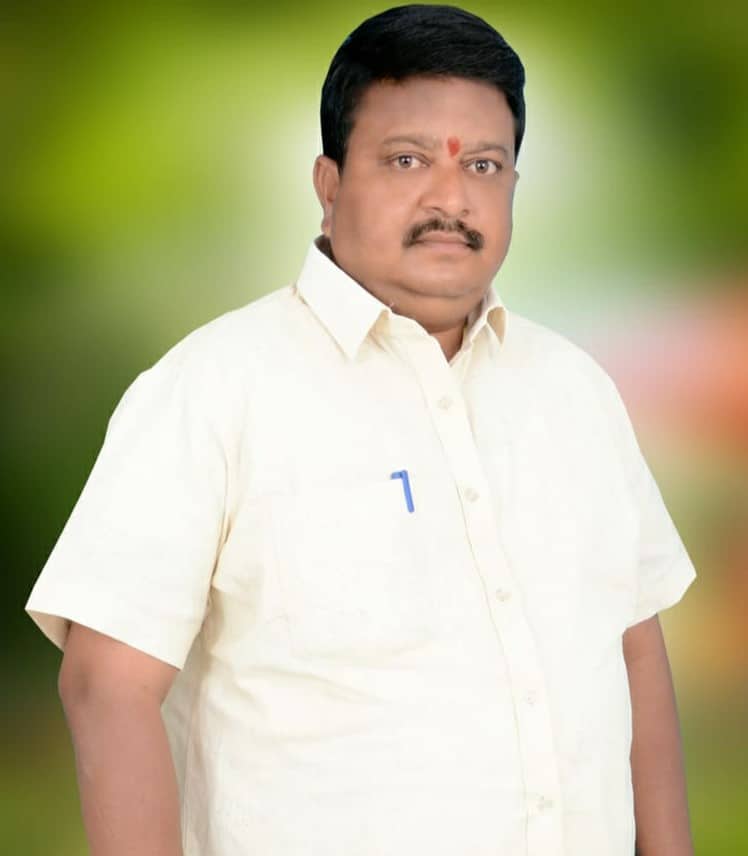 Dr.Kondameedhi Rajan Babu is currently The Chairman and Founder of the Kanna Thalli Foundation residing in Warangal Urban Dist.

He was born on 26-Jan-1979 to Kondameedhi Ailaiah & Ananthamma and raised up in Ursu Bodrai located in Warangal Urban Dist. He studied his Secondary Board of Education.

Ranjan Babu hails from a poor family. Since Childhood Rajan Babu’s passion is to serve the backward people and assist them helplessly. His passion made him a social activist to render service to the people unconditionally with expecting nothing in return except satisfaction and he worked hard with dedication to reach his dreams and goals with great success.

On his success in 2008, He established a Kanna Thalli Foundation residing in Warangal Urban Dist. and he is the Chairman and Founder of the named foundation.

Vision And Mission of Kanna Thalli Foundation:
The vision of the Foundation is that no mother should suffer as much as her mother did for her children and that poverty should be eradicated as soon as possible

Rajan Babu has laid down some rules and regulations that the Kanna Thalli foundation should continue to serve beyond what he has built, without any hindrances.

As usual Rajan Babu is designated with a busy schedule he showed a keen interest in politics and he began his political journey by joining Telangana Rashtra Samithi (TRS) founded by Kalvakuntla Chandrashekar Rao who is the Indian politician serving as the first and current Chief Minister of Telangana.
In 2014, He designated in the profession as Kriya Shilaka Member from Warangal Urban. Since then he has been working by extending his service and work by accepting the respectable position.
Rajan Babu id Spontaneously balancing the multiple works with great desire. His small aspiration made him big thunders in his life.

Kondamidi Rajan Babu is the President and founder of Kannathalli Foundation residing in Karimbad, Arjun District, He received the Maulana Abul Kalam Azad National Distinguished Award from Telangana under the auspices of Yuvatejam Foundation in Kopur located at Nellore District, Andhra Pradesh. The award was presented to Rajan Babu in recognition of his services rendered in the pandemic Covid-19 period.

Dr. Kondamidi Rajan Babu, President of Kannathalli Foundation received the Peevi Narasimha Rao National Award as part of the Peevi Narasimha Rao Centenary celebrations. under the auspices of Peevi Sahitya Peetham and Telangana State Basha Cultural Department. However, the award was presented by Minister Itala Rajender under the auspices of the Kalaravali Cultural Association held in Karimnagar. on this special occasion, Rajan Babu explained that since the day I received an honorable award, more and more responsibilities have been increased in my career.

In the Presence of Srikalahasti Temple which is located in the way of Andhra Pradesh, the people Evo Paddy Raju, Ghazal Srinivas, CI Nagarjuna Reddy, Pratima Lawyer, CH Srinivas Municipal Commissioner received the Sivanandi Award in recognition of the services rendered by Dr. Kondamidi Rajan Babu who is the President and chairperson of the Kannathalli Foundation.

During the occasion of the Karthika Dance Festival. Rajan Babu said that he was fortunate to receive the Shiva Nandi Award in the presence of Lord Shiva in Srikalahasti temple premises in the state of Andhra Pradesh. Rajan Babu thanked everyone including Kola Venkateswara Rao who contributed to the award.

Kannathalli Foundation President Rajan Reddy received the National Distinguished Service 2020 Award under the auspices of Adarana Temple Charitable. Dr. Arvelli Narendra is the President of AP NGO Bhavan in Andhra Pradesh presented the honorable award to Rajan Babu. He spells out that he is glad to receive that award in NGO and he will come forward with humanity to rendered service. Rajan Babu gave his hands to help and hearts to serve. 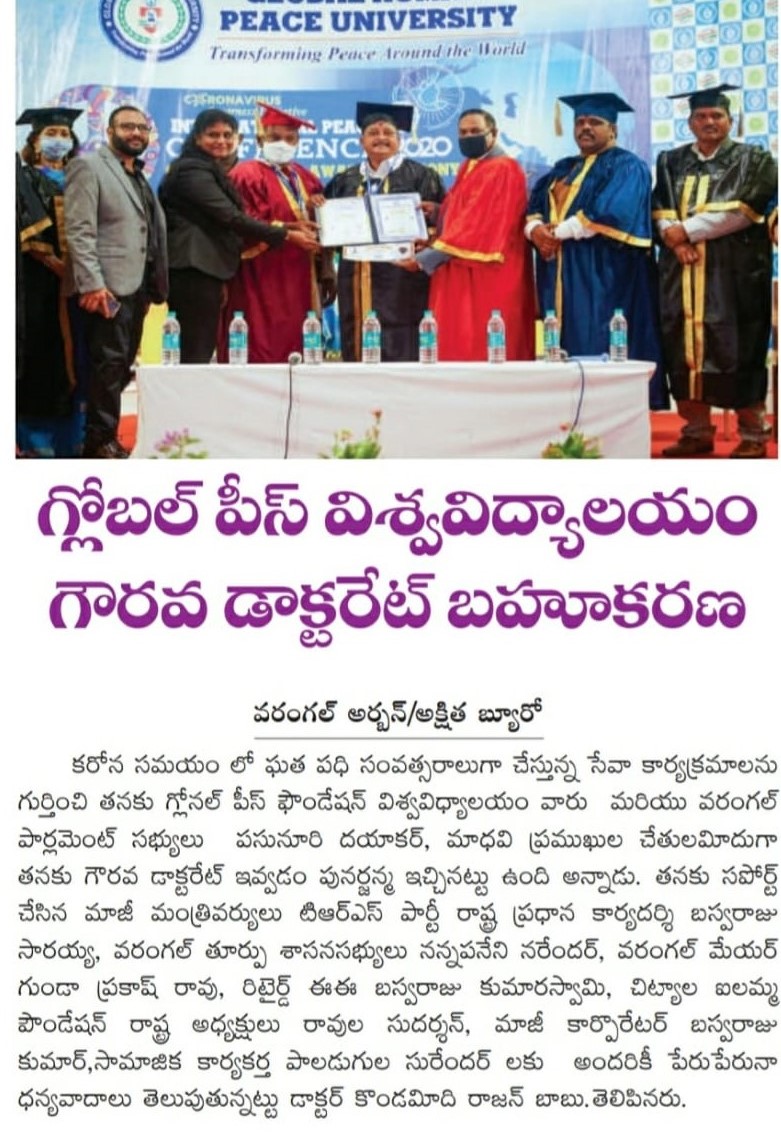 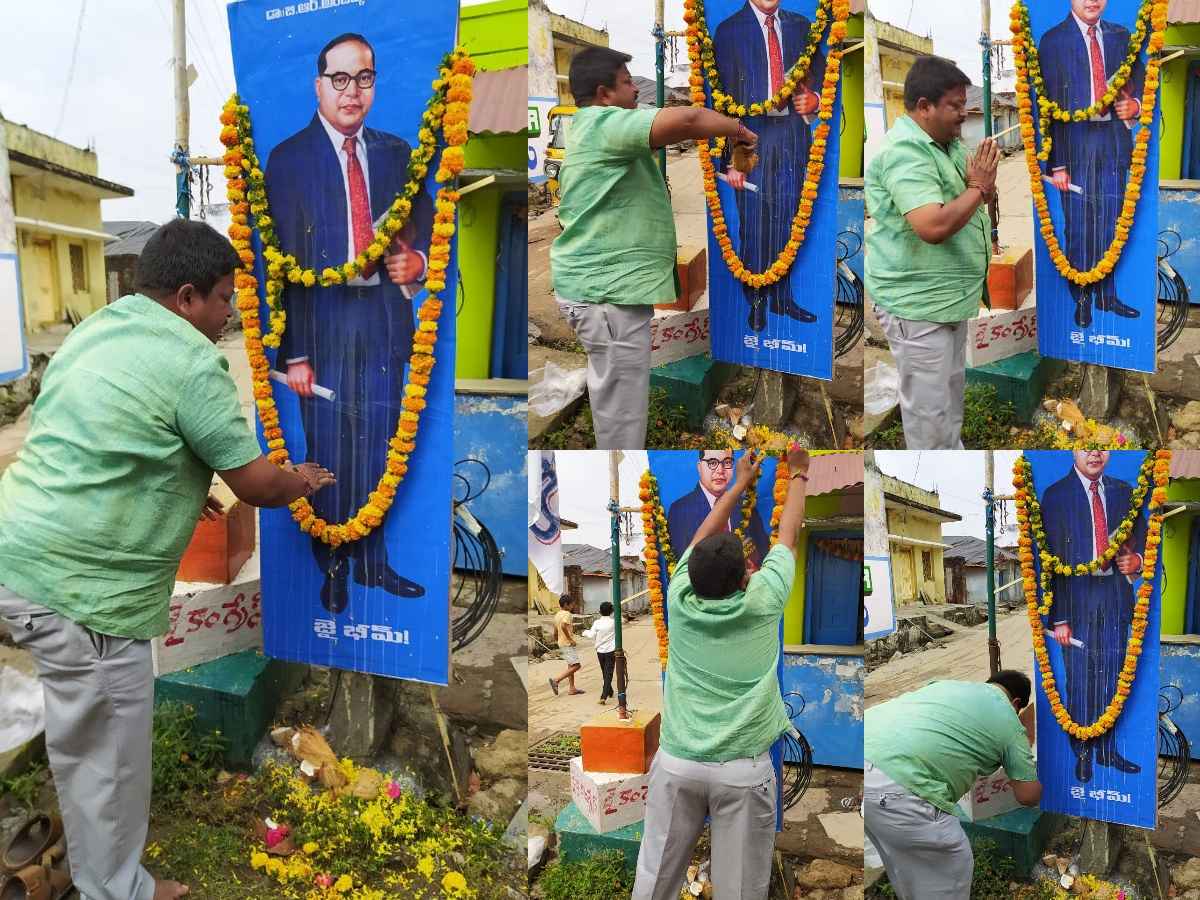 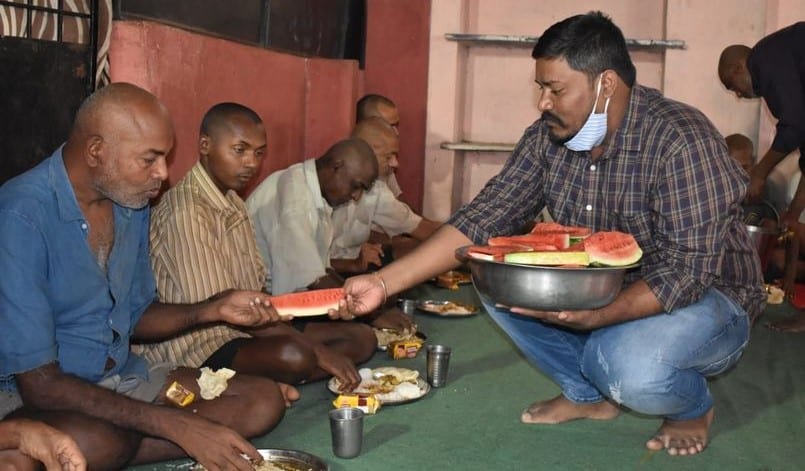 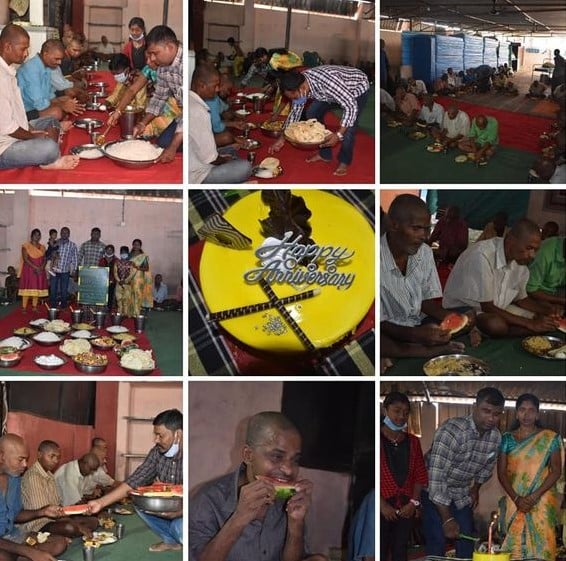 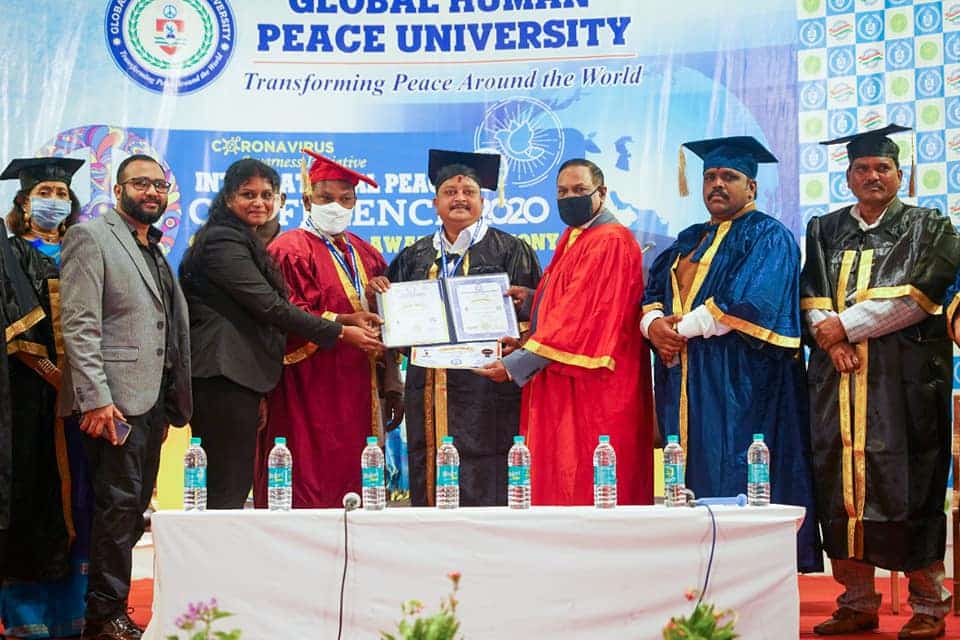 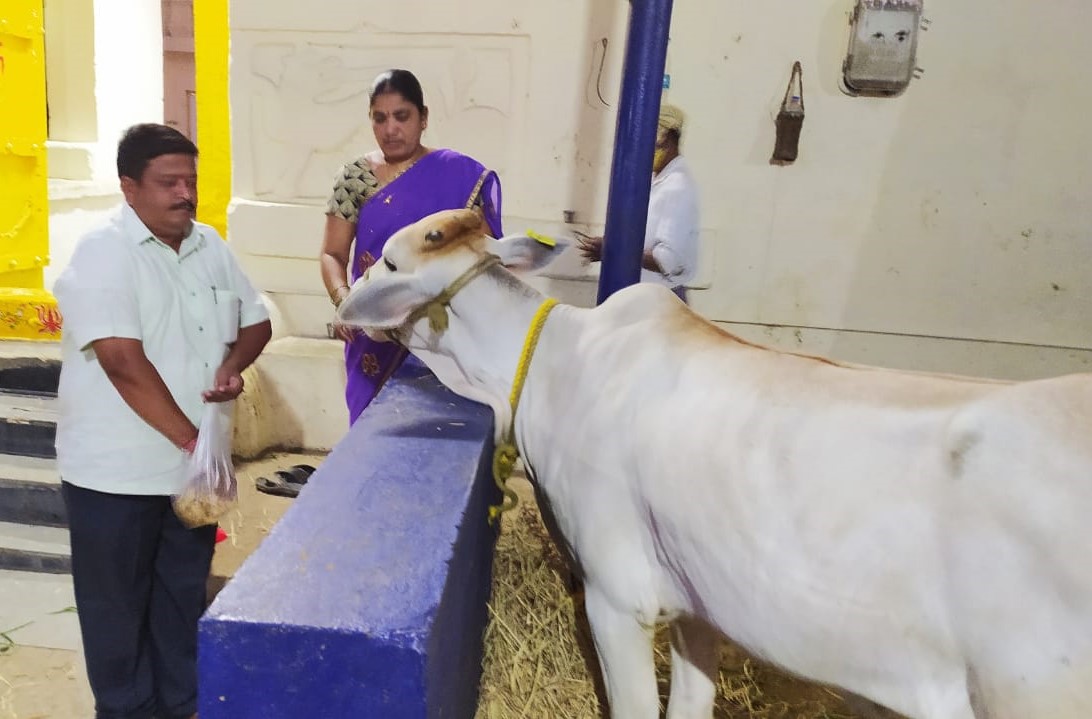 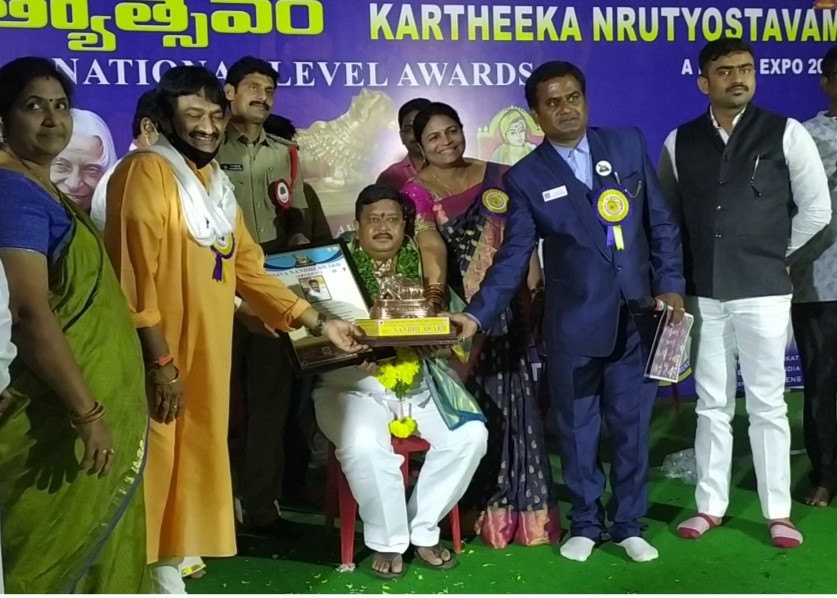 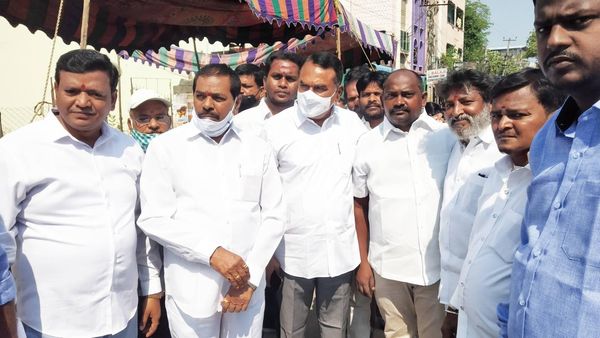 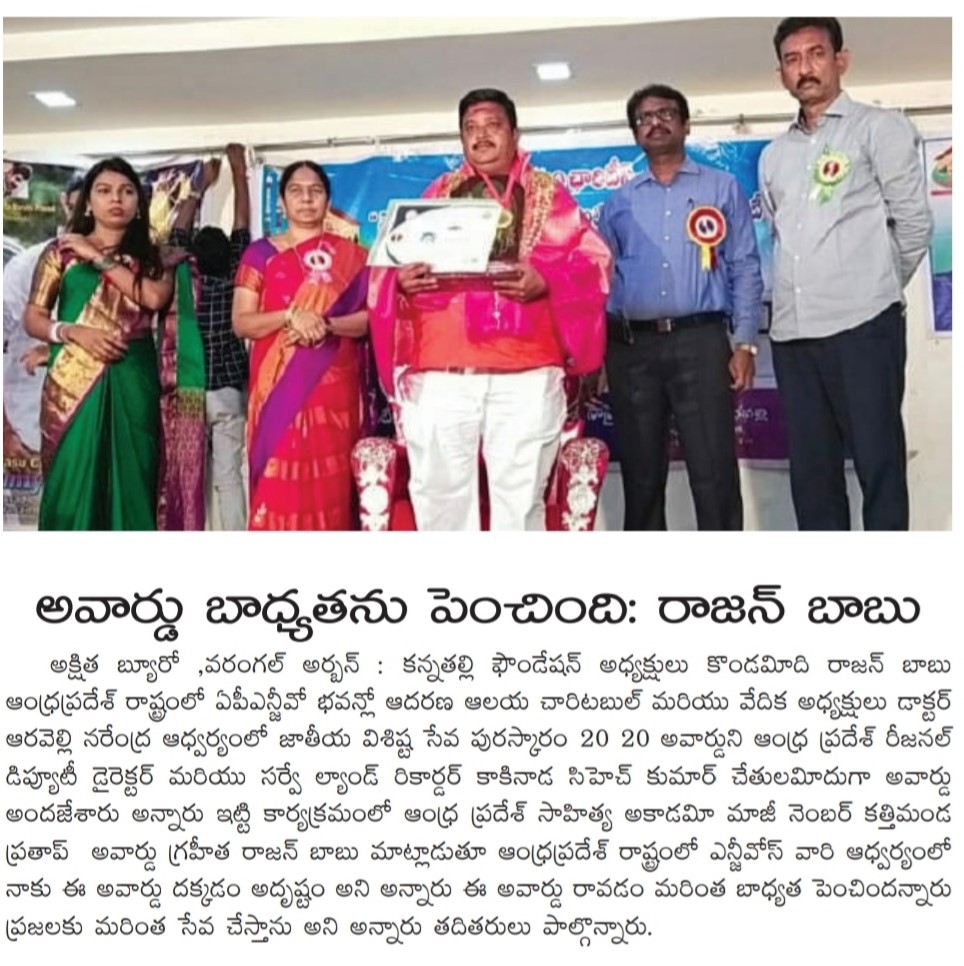 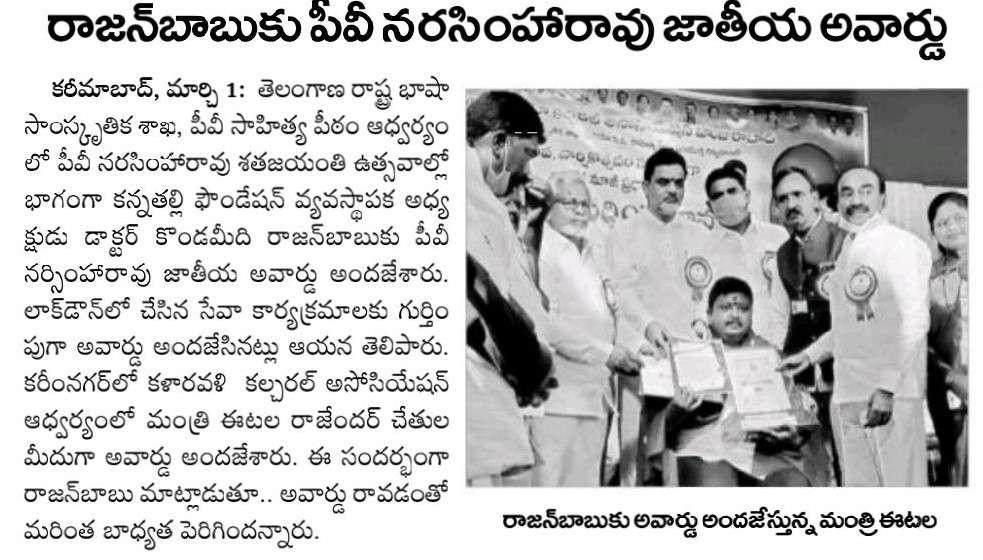 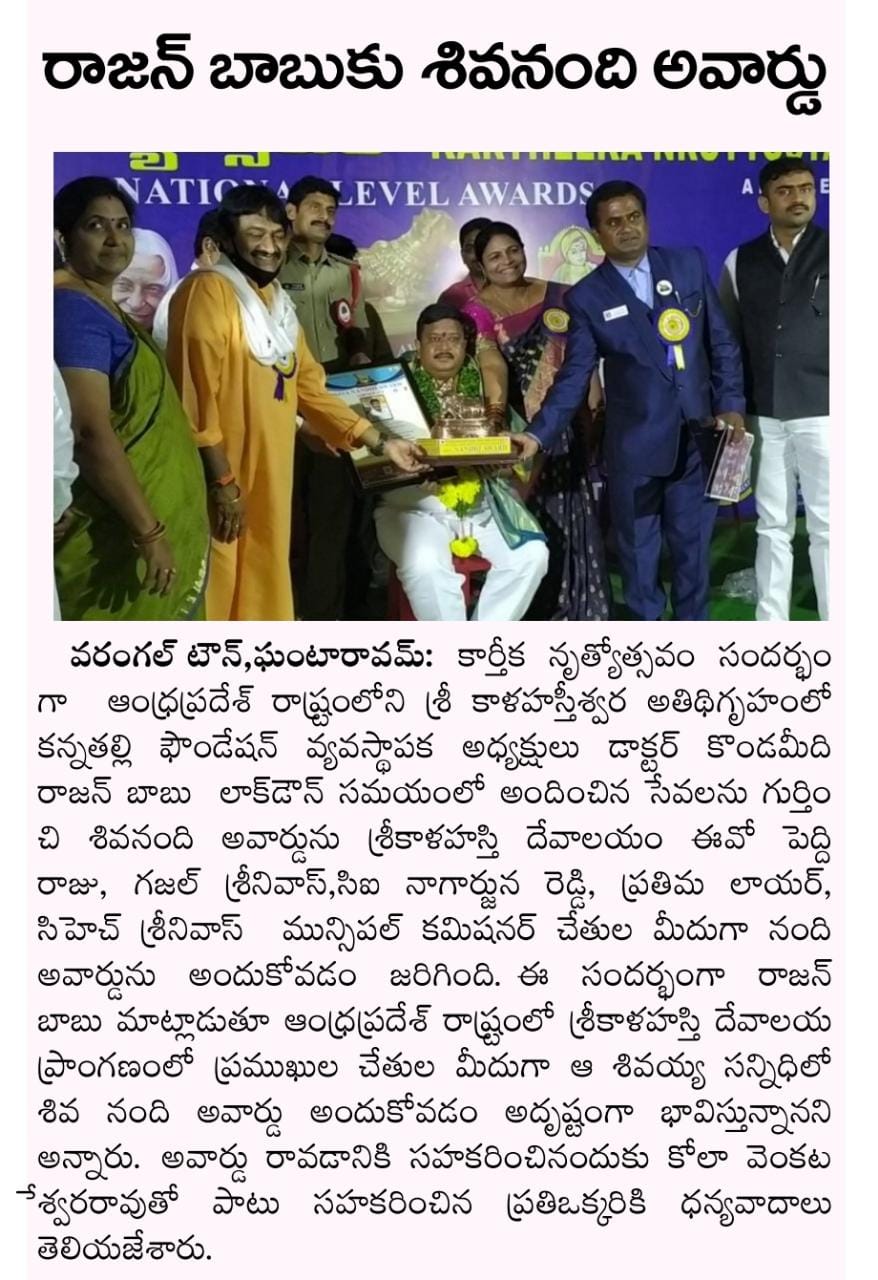 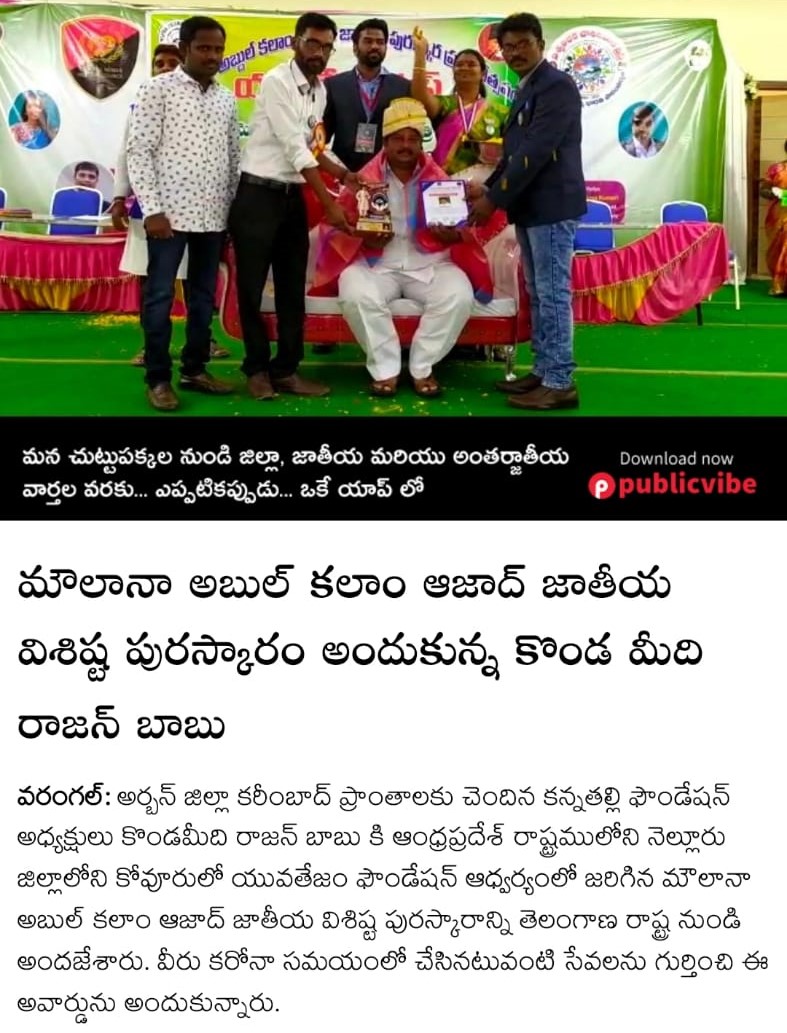 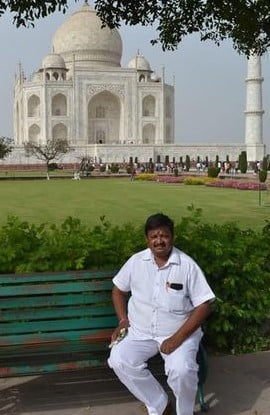 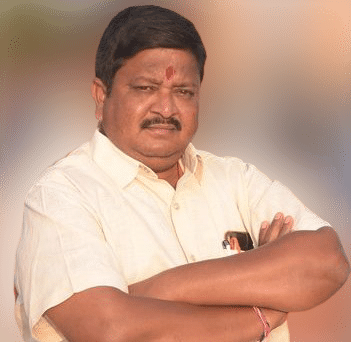 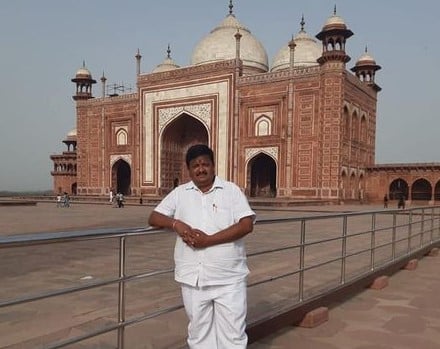 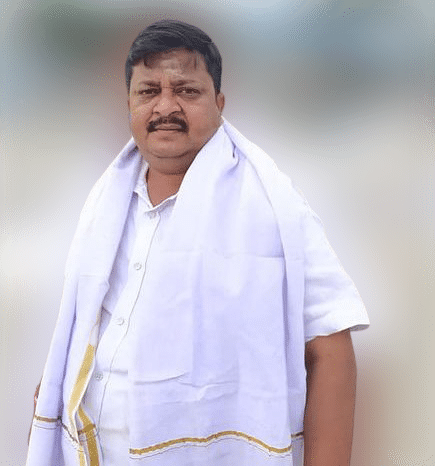 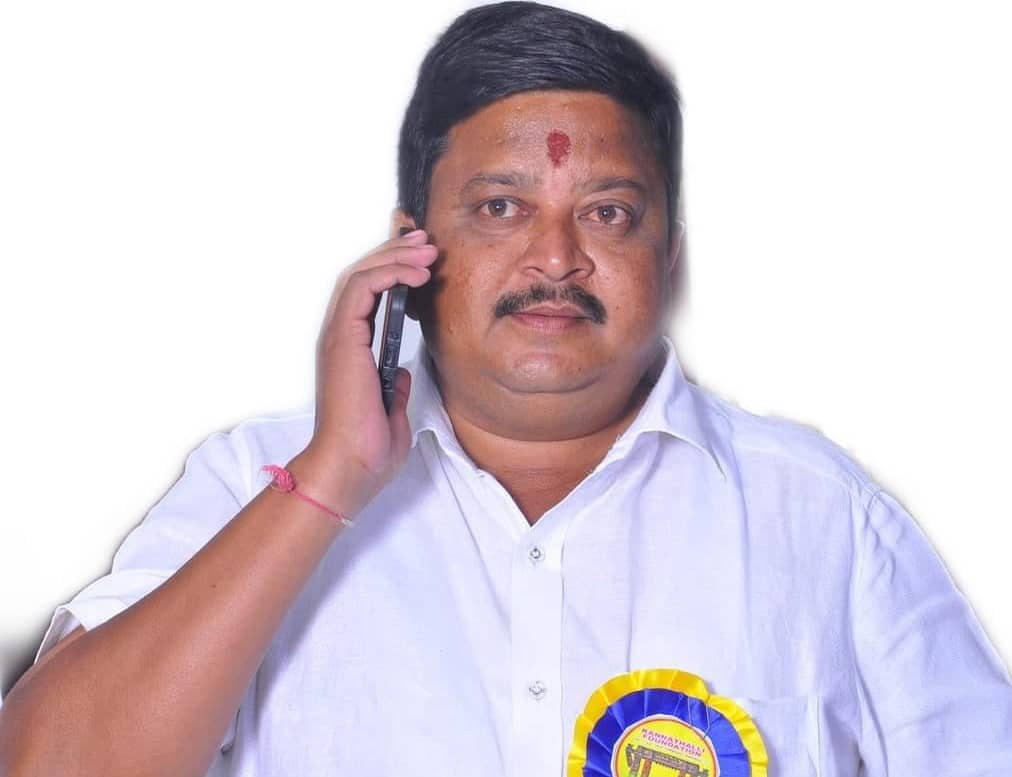 from TRS at Warangal Urban