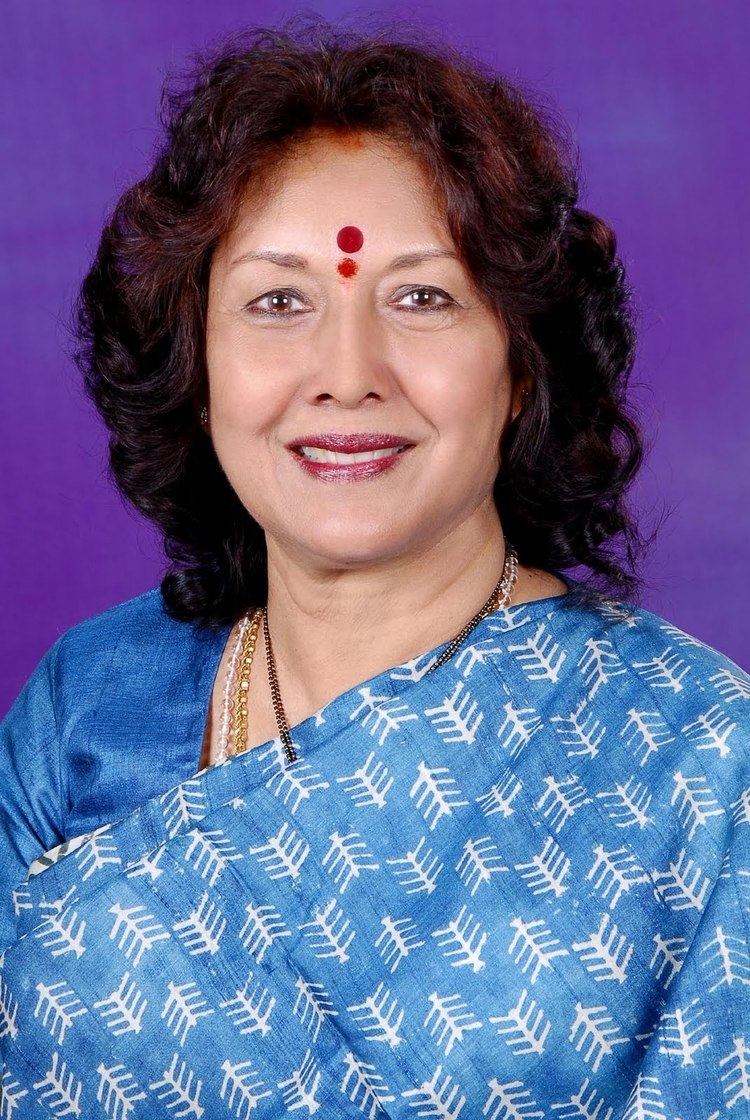 Dr. Geeta Reddy was the Member of the Legislative Assembly (MLA) of Zahirabad constituency in Medak district. She was born on 17-04-1946 to Laxmi Narayana and Eshwari Bai in Hyderabad. She completed P.U.C. From Loyola College, in 1963 and PG From F.F.A.R.A.C.S.(Aust) F.A.A.R.C.S.(Lond) F.A.Z.C.A in 1980 and became a Member of the Royal College of Obstetricians and Gynecologists, London in 1989.

She Started her Political Journey with the Indian National Congress Party (INC). She contested elections for the Andhra Pradesh Legislative Assembly in 1989 and became MLA for Gajwel in Medak district. From 1989-1994, She worked as Minister for Social Welfare, Sports, Secondary Education, and Protocol. From 1995-1998, She was the General Secretary of the Pradesh Congress Committee (PCC). From 1998-2000, She worked as the Executive Member of PCC.

From 2000-2004, She was President of the Andhra Pradesh Mahila Congress Committee. From 2004-2009, She was the Member of 12th A.P. Legislative Assembly(MLA) of Gajwel Constituency, Medak Dist from the INC, and was Minister for Major Industries, Sugar, Commerce & Export Promotion. In 2008, She was awarded the Indira Gandhi Sadbhavana Award and Millennium Star Award. From 2009-2010, She worked as Minister for I&PR, Cinematography, FDC, and Tourism. 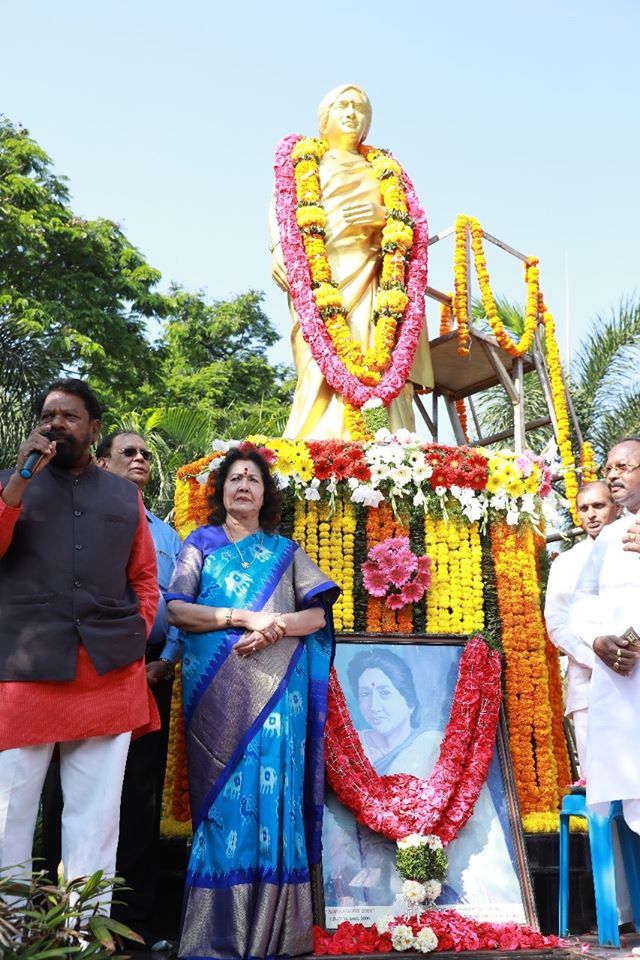 The natural state of motherhood is unselfishness’ Growing up, she was my biggest source of inspiration. Paid tributes to my mother late Smt. Eshwari Bai on her Vardhanti 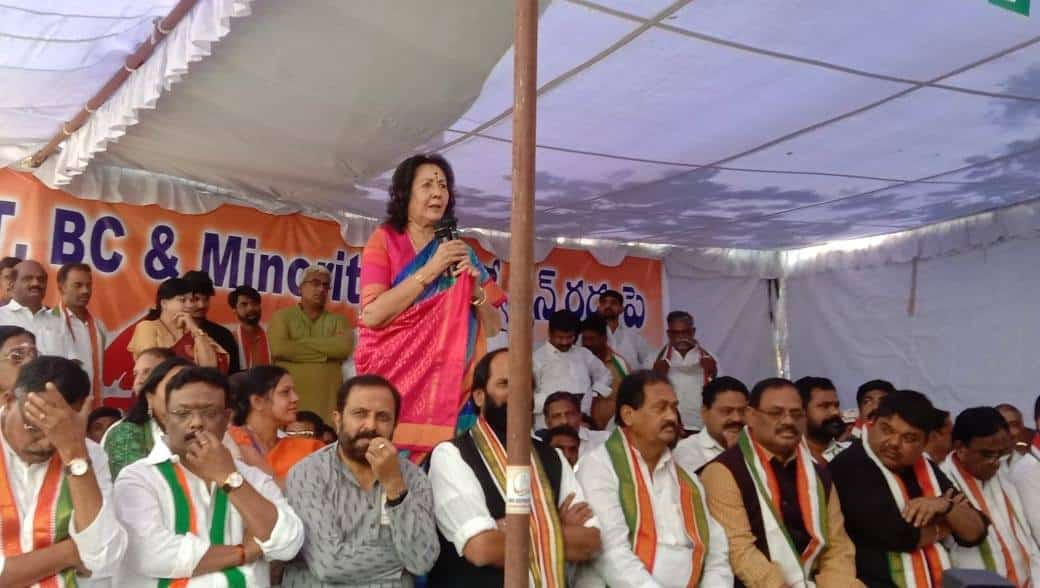 Addressed a dharna against non-implementation of reservations for SCs, STs, BCs and Minorities by BJP and TRS Governments 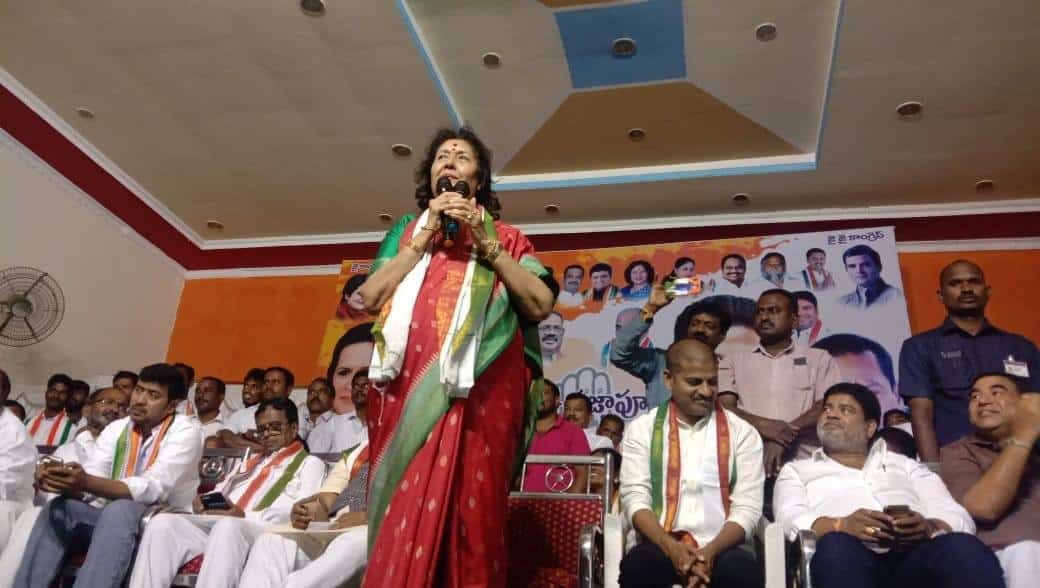 Attended a pre-election meeting for the upcoming municipal elections at Gajwel, which was my erstwhile constituency and happens to be the current CMs constituency AICC Gen. Secy. Incharge of Telangana Shri. RC Khuntia and other senior Telangana Congress leaders – Sri Revanth Reddy, Sri Ponnala Laxmaiah, and Sri Narsa Reddy were also present 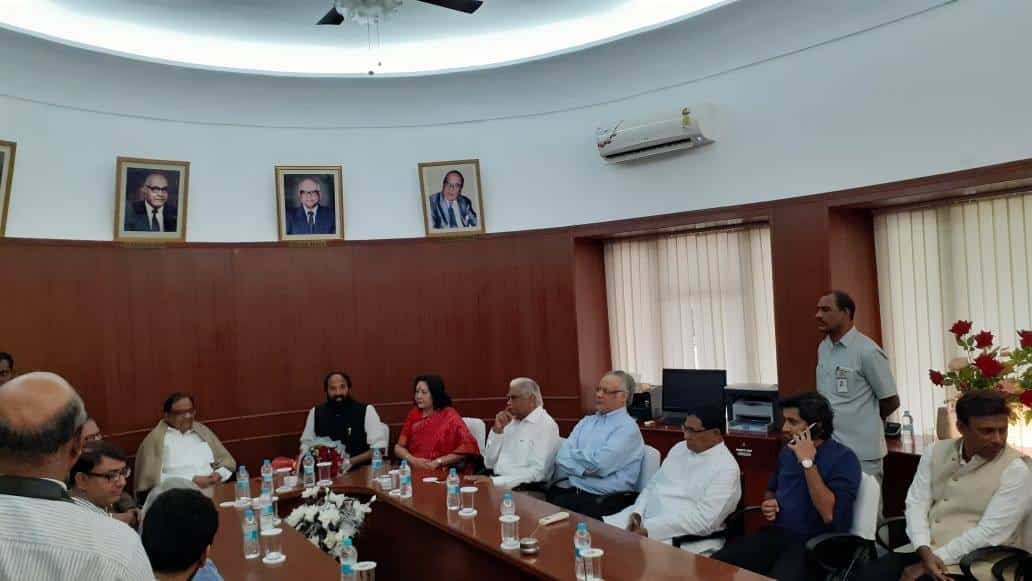 It was a pleasure meeting with Shri. PC Chidambaram in Hyderabad before his insightful address on the recently presented Union budget.

I thank all AIPC fellows, other professionals who joined us, and my friends in the media who made our anti-NRC, CAA protest a grand success. We demand an immediate recall of this divisive act United we stand !! 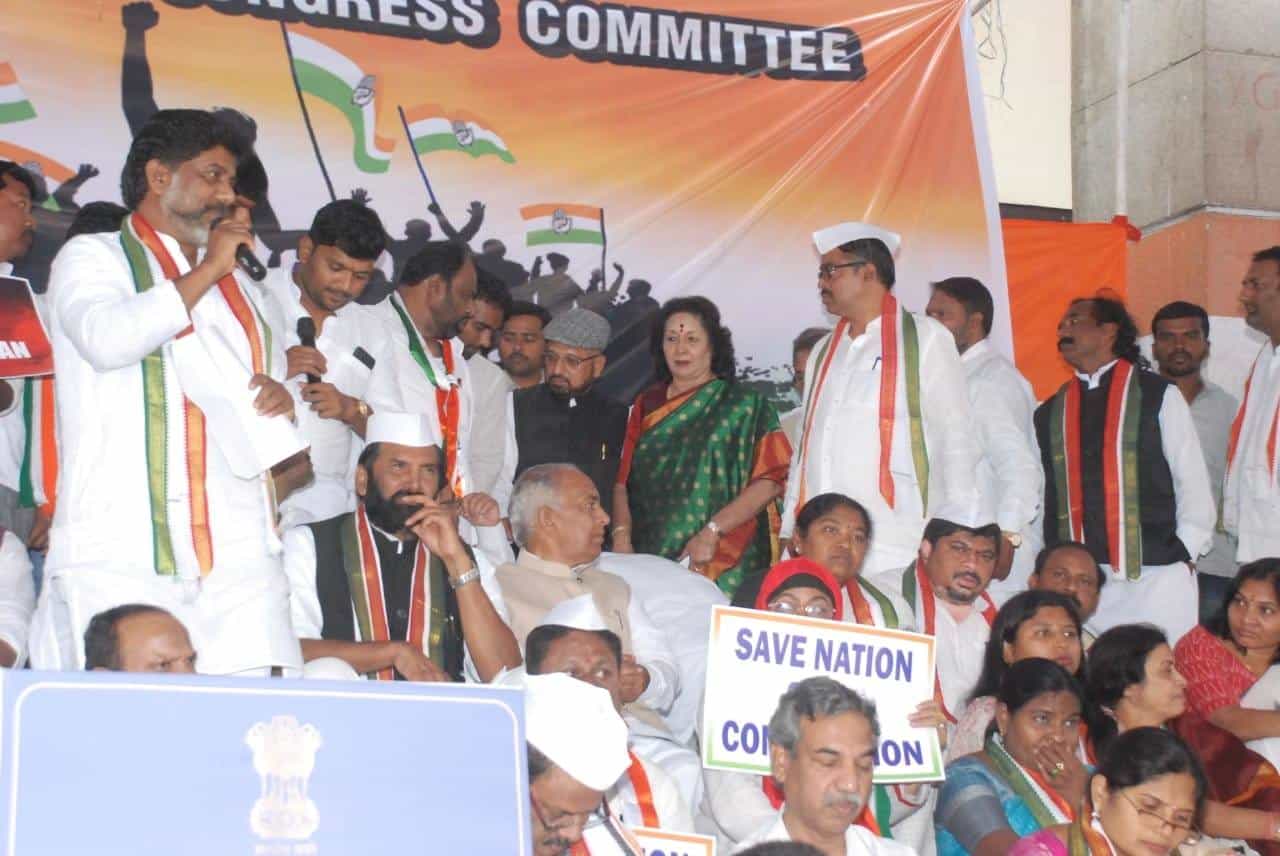 Participated in a protest along with senior Congress leaders from Telangana against the TRS govt. for not permitting the party to hold a flag march 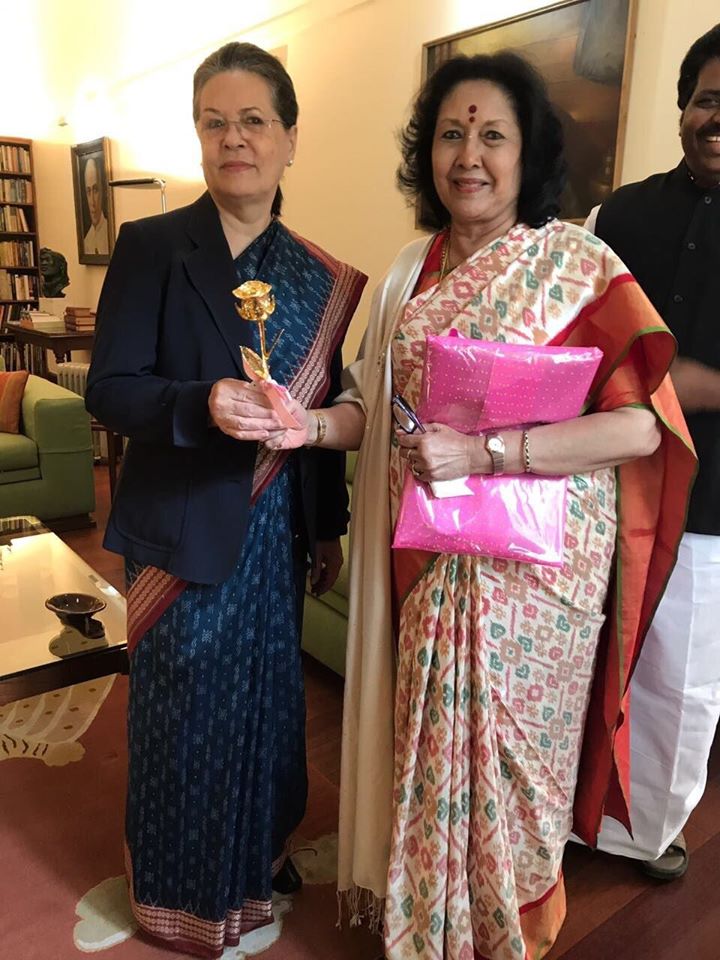 I wish our party president Smt. Sonia Gandhi a very happy 73rd birthday & pray for her happiness, healthy and success 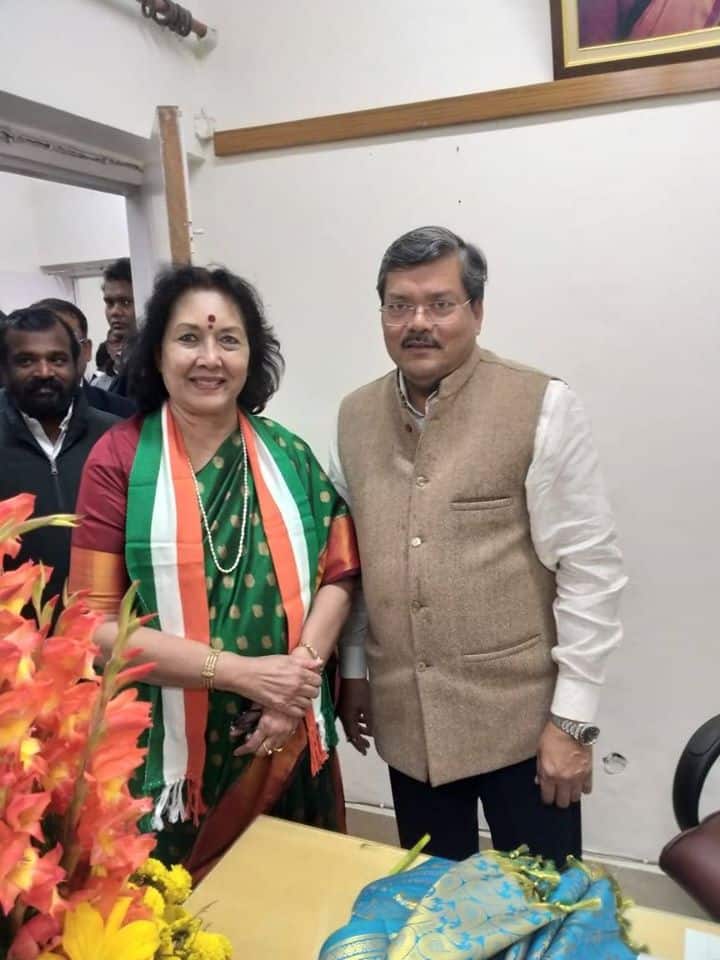 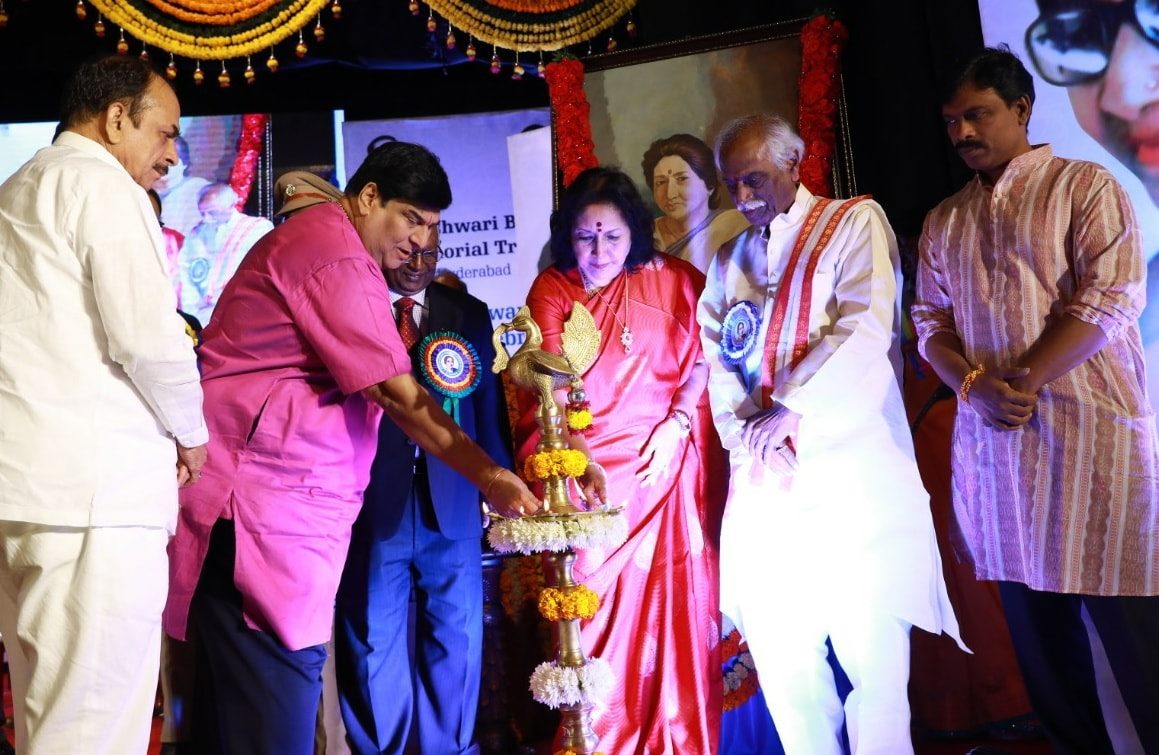 I thank all attendees for making my mothers 101st Jayanti Celebrations a grand success. The overwhelming response and support is humbling 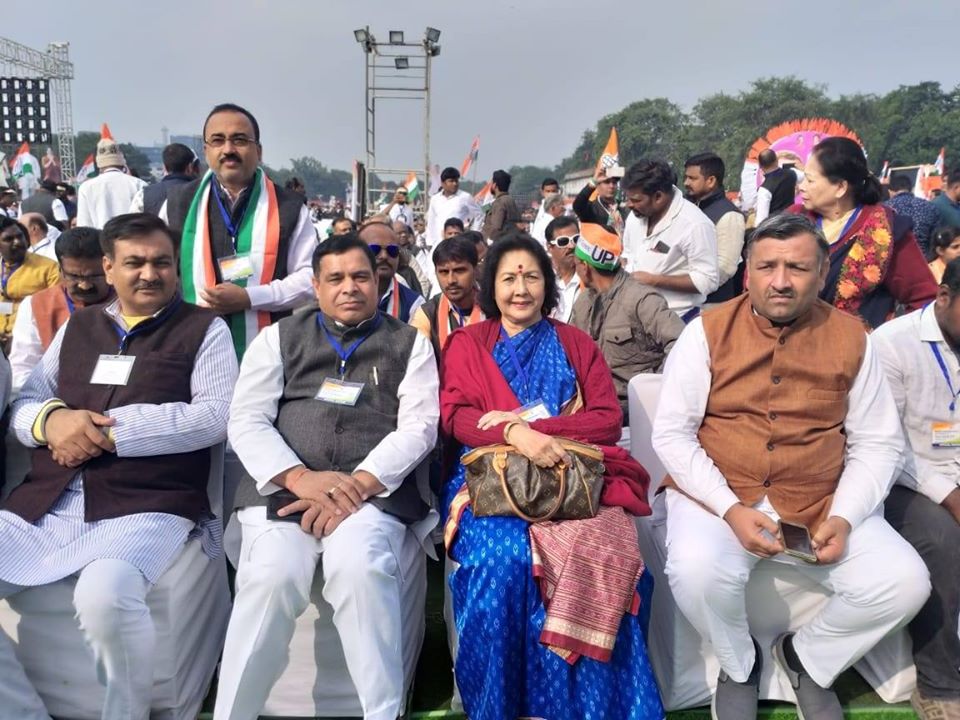 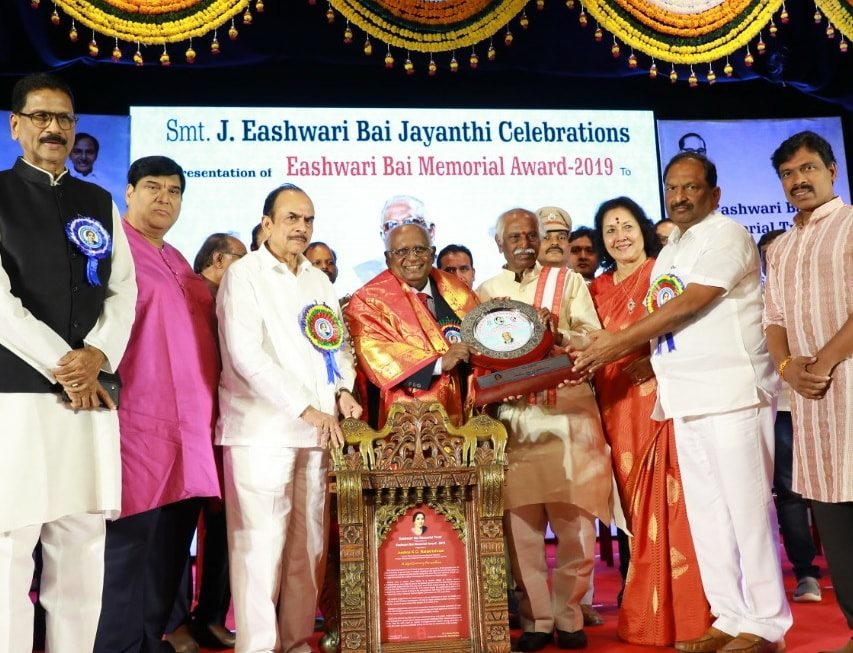 The recipient of the 2019 Eashwari Bai Memorial Award had this to say about my mother: “After knowing about her life, I realized she was the Jhansi Ki Rani of the Dalit rights movement in India”-Justice K.G Balakrishnan (Former Chief Justice -Hon. Supreme Court of India)

of the Royal College of Obstetricians and Gynecologist, London

of Gajwel Constituency, Medak Dist from the INC

for Tourism, Sugar and Major Industries commerce and Export promotion

of Gajwel Constituency, Medak Dist from the INC

for I&PR, Cinematography, FDC, and Tourism.

of Zahirabad Constituency, Medak Dist from the INC

of Zahirabad Constituency, Medak Dist from the INC

Swami Agnivesh, a champion of the marginalised, was most notably known for his efforts to rid our society of the idea of 'bonded labour'.

May his soul rest in peace ! His legacy lives on ! 🙏 pic.twitter.com/Q1Xl5FjuYa

I congratulate MP Shri. @manickamtagore on being appointed as the AICC incharge of Telangana and thank Shri. R. C Khuntia garu for his services and support. pic.twitter.com/Vd3Esn9mLE

Excellent initiative ! Wish you the best.

Please tune in and save the date ! https://t.co/wUtzDPBrGx

I wish all my fellow citizens a very happy 74th Independence day.

Saddened to know about the demise of Shri. Amar Singh ji.

May his soul rest in peace pic.twitter.com/2GCB0TVgZH

Congratulations @mathewmantony & @sumedhbgaikwad for all the work that you've put in, particularly in the last few months. https://t.co/eb3pYJkRHv

A veteran politician who gave over 5 decades of his life to politics, his experience and wisdom is greatly missed. pic.twitter.com/MwHJgmK9sZ

Saddened to know about the demise of WBPCC Chief Shri. Somen Mitra. May his soul rest in peace https://t.co/4u9ZBh4GVh

The 2+ month lockdown was meant to be a period for the govt. to make adequate preparations & improve infrastructure so that this would not happen https://t.co/bSEtqL895C

The plight of migrant workers continues. 14 workers traveling back die in two separate accidents in MP & UP pic.twitter.com/YWhc58ezg3

PM may not CARE (S) but the Congress does.

Congress has decided that every state's PCC shall bear the cost of return tickets of migrants from their respective states. pic.twitter.com/tIdCdYU9G9

We are all going through a tough times. Empathy & consideration for other human beings alone can get us through this crisis.

Keep your mind and eyes open, if you see people in need around you help in whichever way you can. pic.twitter.com/JUr71kjezk

'The natural state of motherhood is unselfishness'

Growing up, she was my biggest source of inspiration.

What happened in Delhi is really unfortunate. I urge the administration to conduct an unbiased investigation into the entire incident and identify the violence instigators. pic.twitter.com/Nanj8uknLP

Addressed a dharna against non implementation of reservations for SCs, STs, BCs and Minorities by BJP and TRS Governments

It was a pleasure meeting Shri. PC Chidambaram garu in Hyderabad before his insightful address on the recently presented Union budget pic.twitter.com/j9qQGHTglS