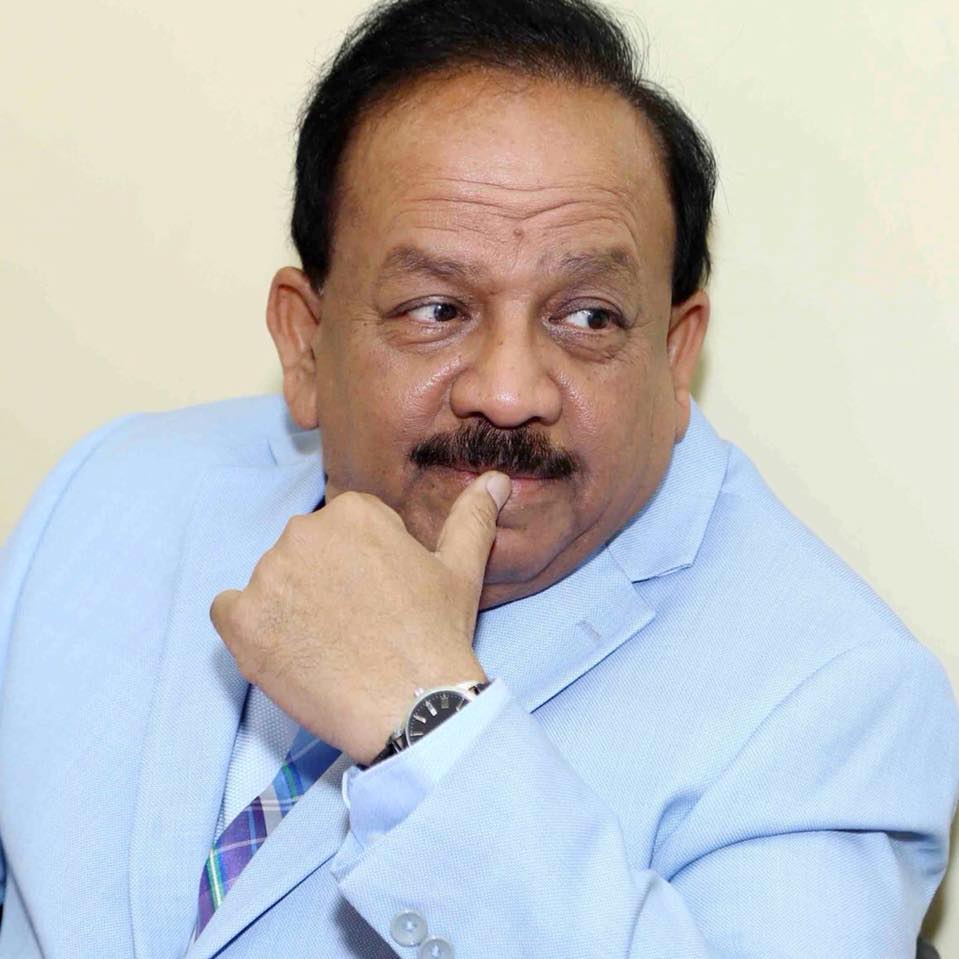 Dr.Harsh Vardhan is an Indian Politician and is the Minister of Science and Technology, Minister of Health and Family Welfare, and Minister of Earth Sciences in the BJP-led NDA government. He was born on 13-12-1954 to Om Prakash Goel and Sneh Lata Goel in Delhi.

He completed his schooling at Happy School, Daryaganj, in 1971. He did his MBBS and MS in ENT from GSVM Medical College, Kanpur in 1979, and 1983 respectively, and returned to Delhi to practice as an ENT surgeon. Vardhan married Nutan and they had two sons and one daughter.

Dr.Harsh Vardhan has been a Rashtriya Swayamsevak Sangh activist from his childhood. He elected as Member of Delhi Legislative Assembly for Five consecutive Terms from the Krishna Nagar constituency in 1993, 1998, 2003, 2008, and 2013. From 1993-1998, he worked as Minister of Health, Education, Law and Justice, and Legislative Affairs, Govt. of NCT of Delhi. As the State Minister of Health in 1994, he successfully implemented the pilot project of the Pulse Polio Programme which involved the mass immunization of 1 million children up to the age of 3 in Delhi.

In 1996, He became the State Minister of Education in the Government of Delhi. In 1997 as a Health minister. In 2013, Dr. Vardhan was named the Chief Minister candidate of BJP for the Delhi Assembly elections. BJP emerged as the single largest party but fell short of an absolute majority so they were unable to form the government. He was elected to 16th Lok Sabha from Chandni Chowk constituency in 2014.

In 2017, He selected as the Union Cabinet Minister of Environment and Forest and Climate Change. He contested and won the Chandini Chowk Lok Sabha seat by defeating INC candidate Jai Prakash Agarwal by a margin of over two lakh votes in 2019.

On 30-May-2019, Harsh Vardhan was sworn in as a Cabinet Minister in Prime Minister Narendra Modi’s second term government. He is put in charge of the Minister of Health and Family Welfare, Minister of Science and Technology, and Minister of Earth Sciences.

On 22-May-2020, He was appointed to the post of Chairperson of the Executive Board of the World Health Organization.

Dr.Harsh Vardhan says it was a pleasure to host a virtual interactive consultation session with the Indian scientific diaspora. He encouraged them to share their suggestions on Science Technology and Innovation Policy 2020.

Minister Harsh Vardhan had a detailed discussion with the state health minister Shri TS Singhdev Ji and the concerned senior officials through VC on the situation of #Covid2019 in Chhattisgarh. 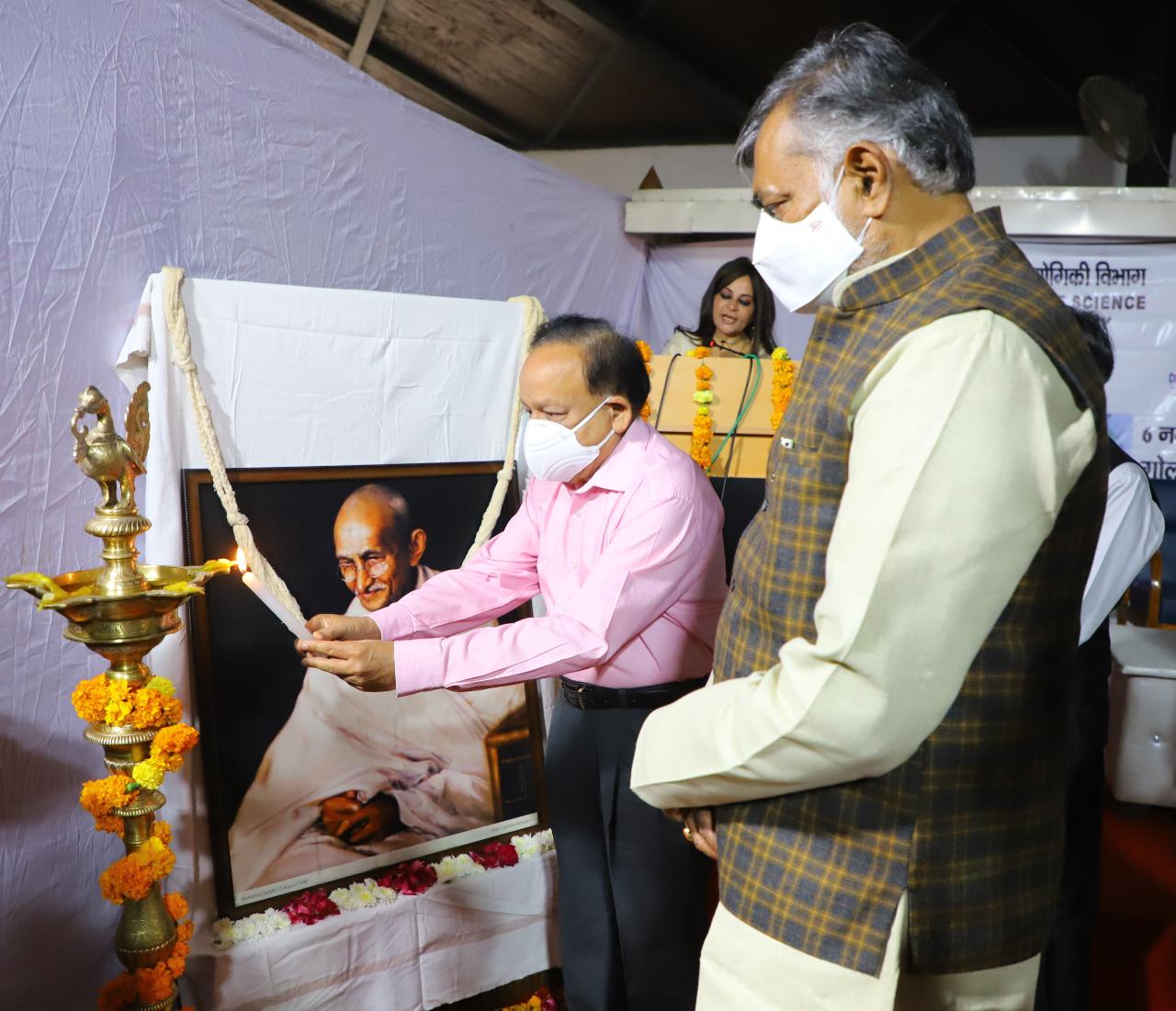 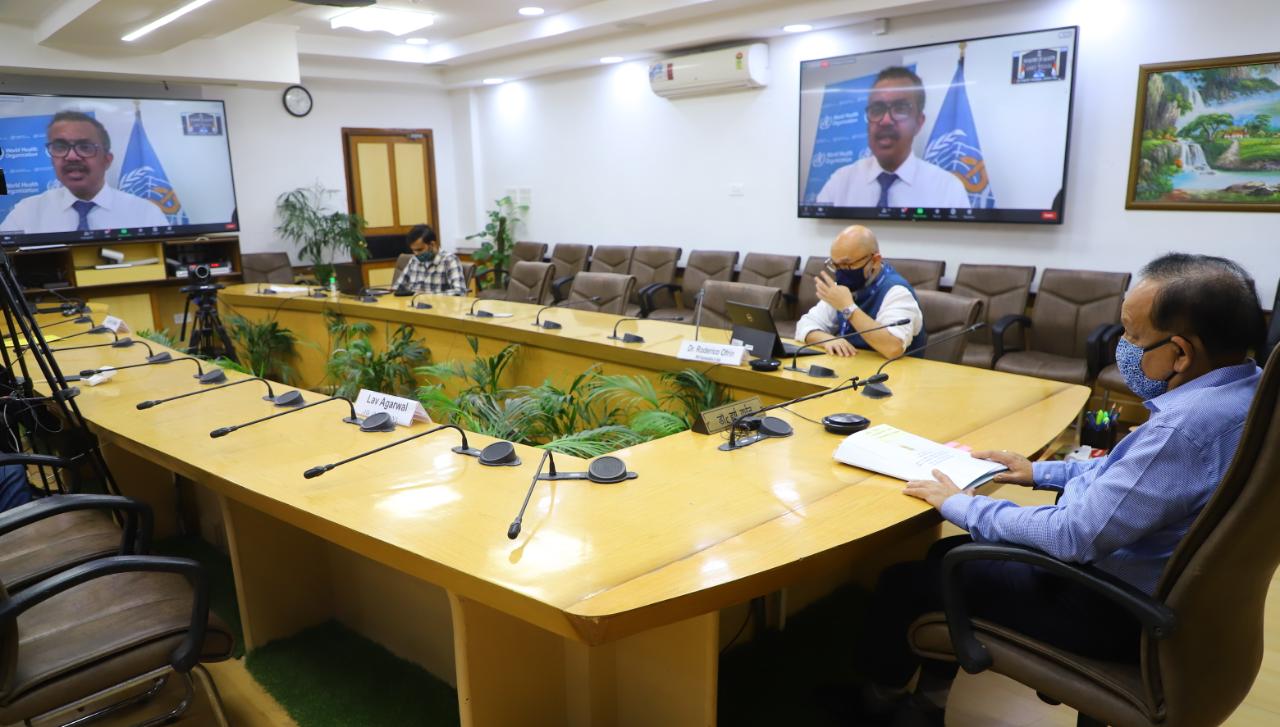 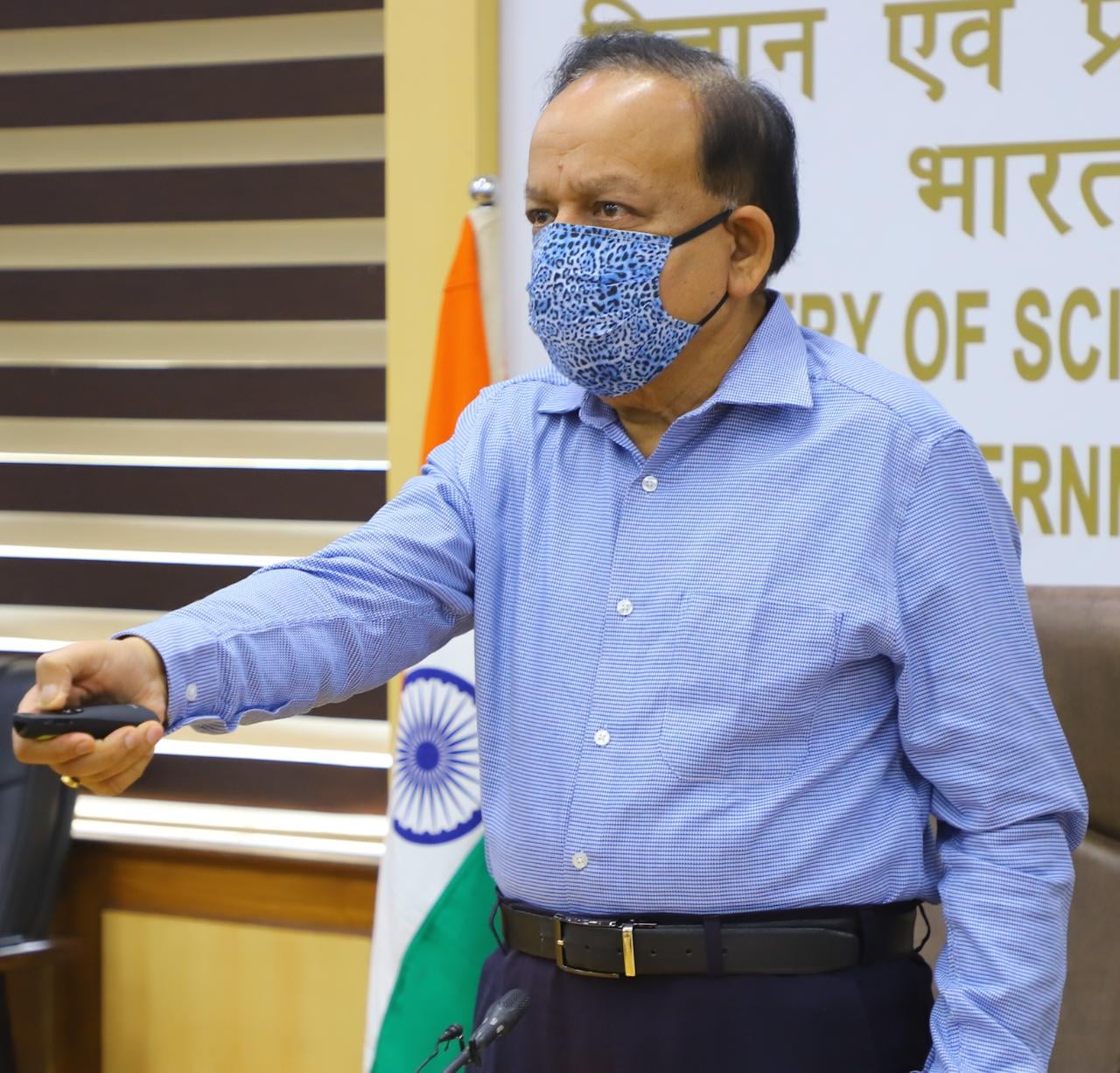 Today has been a memorable day for me and CSIR. This day was also special for NDRF. Today I inaugurated a ten-bed temporary covid isolation center on base located in Arconum, Tamil Nadu, the fourth battalion of NDRF through video conference. This has been prepared by scientists of CSIR-Structural Engineering Research Centre.

of Health, Education, Law and Justice and Legislative Affairs

in Government of Delhi

to the 16th Lok Sabha from Chandni Chowk constituency.

for Science and Technology

of Environment and Forest and Climate Change.

of Health and Family Welfare, Minister of Science and Technology, and Minister of Earth Sciences.

of the Executive Board of the World Health Organization.

The talent of our youth never ceases to amaze.

A shining display of expertise of our engineers from @csir_serc & @NDRFHQ

The rebuildable structure can be transported by head load & deployed easily pic.twitter.com/Em2GpiEfEc

I was proud to release today, the @ncaer report highlighting our achievement.@rajeevan61 pic.twitter.com/j3wgad4pto

.@IndiaDST has nurtured a highly capable S&T ecosystem which will greatly contribute to the country's progress

I was pleased to launch a special cover commemorating its golden jubilee year in the presence of MoS @GoI_MeitY Shri @SanjayDhotreMP Ji@IndiaPostOffice pic.twitter.com/PtjVbEHXQR