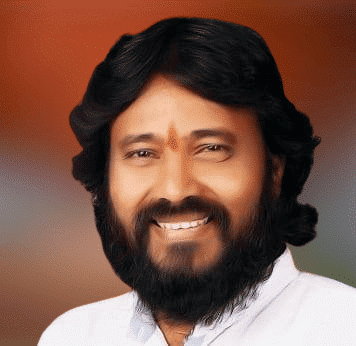 Darakonda Venkata Ramana is an Indian Politician and 8th Ward Member of Kolimeru Village and Mandal President of Tuni from the Political party JanaSena.

On the 01st of October 1980, Venkata Ramana was born to the couple Mr. Darakonda Laxman and Mrs. Darakonda Erukalamma in the Village of Kolimeru in Tuni Mandal of East Godavari District in the Indian State of Andhra Pradesh.

In the year 1995, Venkata Ramana acquired his Secondary Board of Education from Sri Raja High School located at Tuni of East Godavari District and completed his Intermediate course in 1997 from Government Junior College placed at Payakaraopet.

In the year 1998, Venkata Ramana officially joined the Indian National Congress (INC) Party which was founded by the Dadabhai Naroji and headed by Sonia Gandhi, with the purpose of addressing the people’s political requirements while also presenting a modest service.

Venkata Ramana was appointed as the Village President of Kolimeru in Tuni Mandal from INC in 1998 to serve the people in all ways by working comprehensively all the time for the welfare of humankind by citing code of conduct and disciplinary issues.

In the year 1999, He extended his service by accepting the position as the SC Cell President of Kolimeru in East Godavari by executing out his tasks effectively and adhering to the party’s policies and guidelines.

During the elections in 2006, Venkata Ramana was elected as the Ward Member for 2nd Ward in Kolimeru Village from INC by increasing his responsibility and continuing his service, thinking for the welfare of the people for the moment and dealing with the activities for the development of the Society.

In the year 2009, He joined the Symbolical party Praja Rajyam Party(PRP) 2009 which was founded by the Tollywood actor and the Indian Politician Mr.Chiranjeevi and upon joining he was appointed as the District Joint Secretary of East Godavari District from PRP Party.

Later on, Venkata Ramana was contested and unanimously elected as the Ward Member from PRP in 2013 by doing his part to mitigate the difficulties experienced by people.

In 2021, He changed the party from PRP to JanaSena Party which was founded by Tollywood actor and politician Pawan Kalyan. In the same year, Venkata Ramana was elected by the people as the 8th Ward Member of Kolimeru Village and simultaneously honored with the designation as the Mandal President of Tuni in East Godavari District.

Beginning at a young age, he had a passion for working in the public service. Venkata Ramana has been accustomed to service since childhood. He also conducted many service programs while continuing his studies.

He extended his core of service by establishing a V.M.M Foundation in 2015 at Tuni in East Godavari District. Since the day of establishment, he has been serving as the Founder and Chairperson of the respective Foundation by providing services to the people by satisfying the requirements of everyone who appealed to him for assistance. 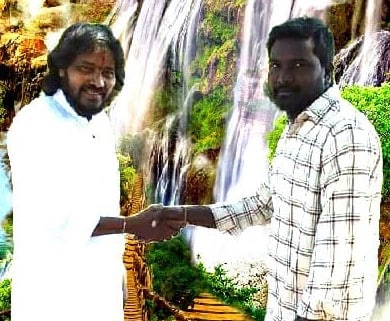 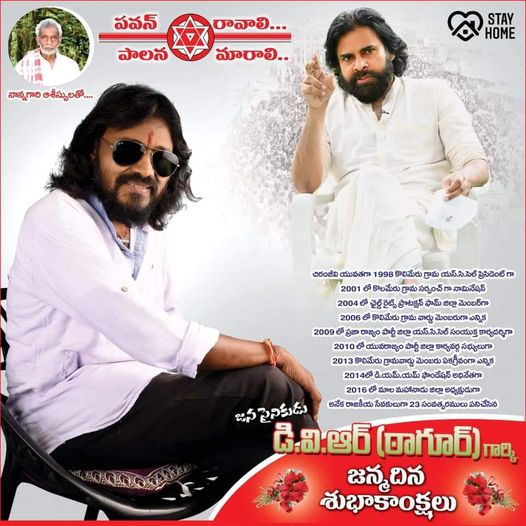