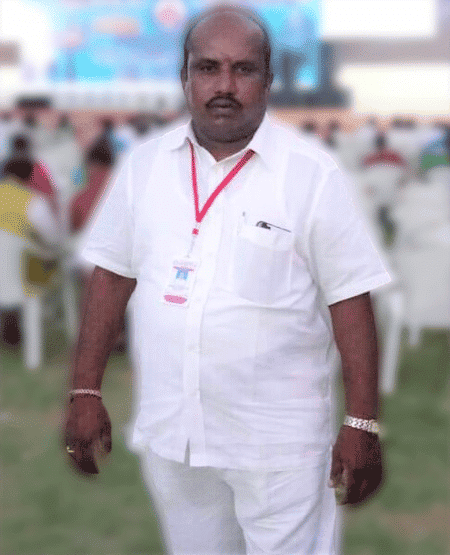 Damerla Laxminarayana was an Indian Politician and current Ward Member of Nadigudem, Nakrekal Mandal, Nalgonda district. He was born on 22nd December 1978 in Nadigudem village. His parents were Anjaiah and Narsamma.

In 1992, Laxminarayana earned his Board of Secondary Education at ZP high school, located at Nakrekal. He graduated from Ambedkar University in distinct.

After his education, Laxminarayana debuted in Politics with the Communist Party of India(Marxist) in 1993.

The Communist Party of India(Marxist) is a communist political party in India. It is the largest communist party in India in terms of membership and electoral seats and one of the national parties of India.

Laxminarayana contributed significantly to the Party’s development by participating in every event. He was chosen as an Active Leader by Party Officials who acknowledged his abilities to assist the public in whatever way feasible at any given time as a social worker and party worker.

In 2017, Laxminarayana was again selected as Village Secretary of Ogode from the CPM party he held the position from 1997-to 2000.

In the year 2018, Laxminarayana was contested and elected as 2nd Ward Member unanimously from Nadigudem, Nakrekal Mandal. He never lost the people’s faith placed in him.

-Laxminarayana rendered his service to the Nadigudem people even during the corona which terrorized the whole country.

-Laxminarayana put effort even during the Covid second wave.

with a Degree from Ambedkar University

through the Communist Party of India(Marxist)

from the CPM party

from the CPM party