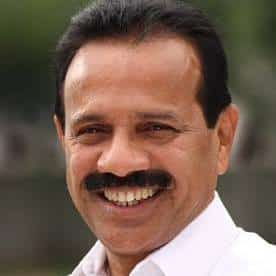 D.V Sadananda Gowda is the Minister of Chemicals and Fertilizers. He was born on 18-March-1953 to Venkappa Gowda and Kamala in Mandekolu village of Sulya taluk in Karnataka. He graduated in Science from Saint Philomena College, Puttur, and completed his degree in law at Udupi’s Vaikunta Baliga College of Law.

In 1976, he started practicing law and worked as a public prosecutor for a brief period in Sirsi in Uttara Kannada district but resigned from his job to concentrate on his political career.

From 1983-1988, he served as State Secretary of BJP Yuva Morcha in Karnataka. From 1989–1990, he was a Member of the State PLD Bank Staff Selection Committee. He worked as Vice-President of SCDCC Bank in Mangalore.

He was the Director, SKACM Society, Mangalore, and also Director of CAMPCO, Mangalore from 1991–1994. Sadananda Gowda served as President of Mandekolu S.C.Society.

In 1994, he was elected as a Member of the Karnataka Legislative Assembly by defeating Vinaya Kumar Sorake of the Congress Party. From 1995 to 1996 he became the Member of Cell for Preparing Draft Bill on Prohibiting Atrocities on Women, Government of Karnataka. In 1999, he elected as MLA from the Puttur constituency.

He served as BJP National Secretary for around one year. In 2004, He elected as MP to the 14th Lok Sabha from Mangalore constituency. He then served in the Lok Sabha Committee on Science & Technology and Environment & forests.

In 2005, He was appointed as the Director of Coffee Board by the Government of India also appointed as the President of the Karnataka state from the BJP party in 2006. He justified his appointment as Party president when BJP won the Assembly elections for the first time in south India in May 2008.

In 2009, He was elected to the 15th Lok Sabha from the Udipi Chikmagalur constituency. He became the 26th Chief Minister of Karnataka following the resignation of B.S Yeddyurappa on 04-August-2011.

After suffering a big loss in the May 2013 elections, BJP elected DV Sadananda Gowda as the opposition leader of the legislative council in Karnataka. On 26-May-2014, Sadananda Gowda was sworn in as a Cabinet Minister in Prime Minister Narendra Modi’s newly elected government.

He was put In Charge of the Ministry of Railways. He presented his maiden budget on 08-July-2014. From 2015–2016, he served as Cabinet Minister of Law and Justice. In 2016, he worked as Minister of Statistics and Programme Implementation.

He contested and won the 2019 Lok Sabha seat from Bangalore North By defeating Krishna Byre Gowda of INC candidate by a margin of over one lakh votes he was subsequently appointed as Minister of Chemical and Fertilizers in the same year. 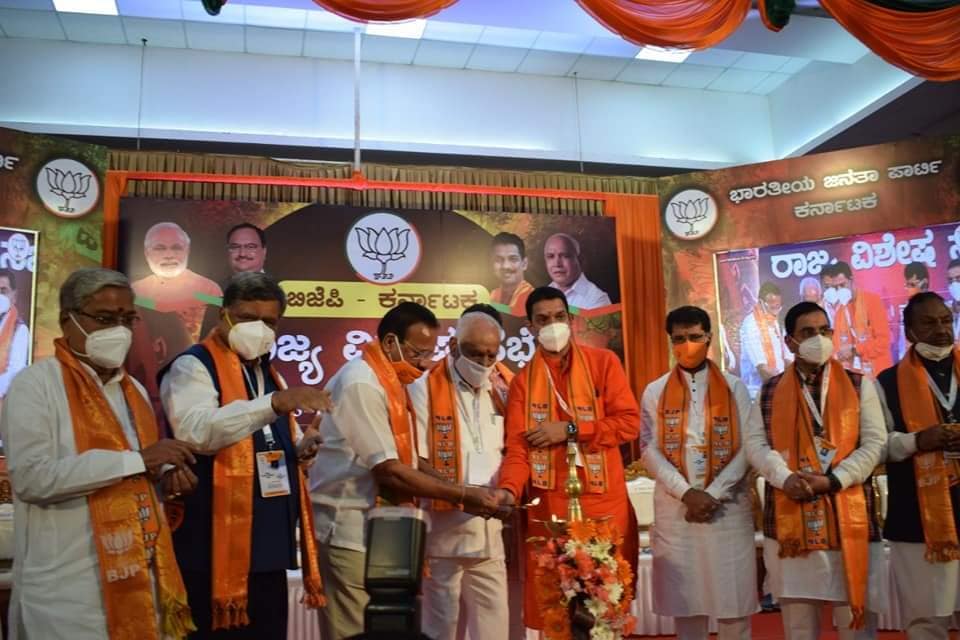 Minister Sadananda Gowda participated in special executive and core committee meetings of state BJP in Mangalore and discussed many important issues related to the state. 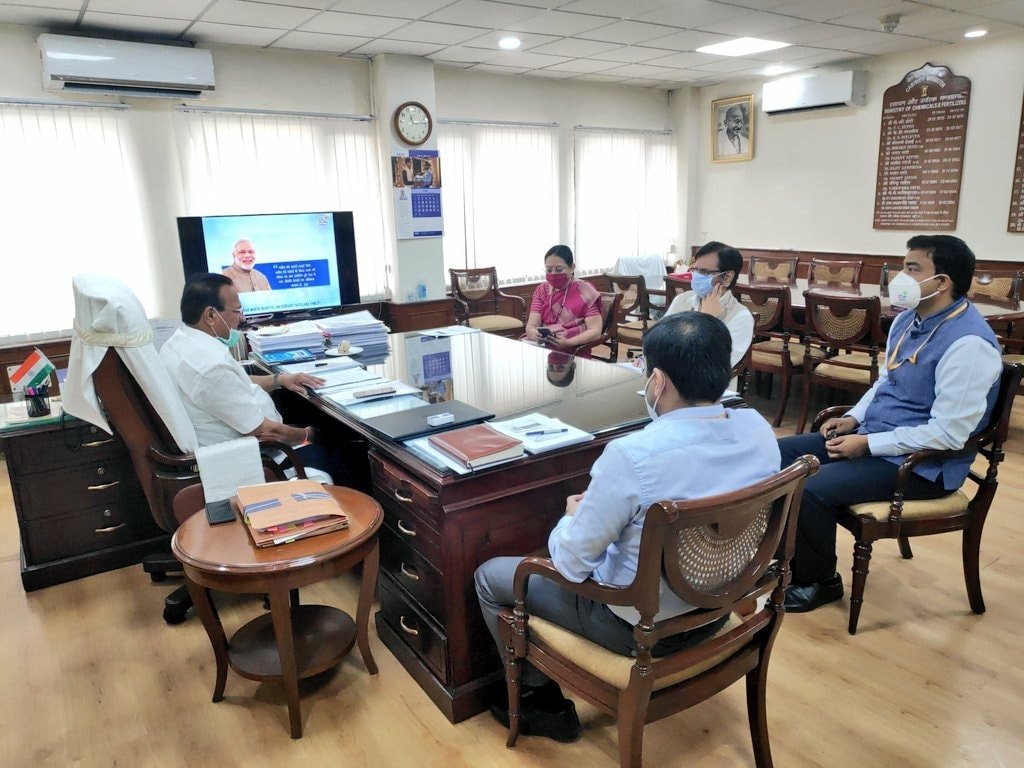 Minister Sadananda Gowda held a review meeting of Pradhan Mantri Bhartiya Janaushadhi Pariyojana along with Secretary & various officials and discussed various topics including ways to increase the number of PMBJP Kendras to ensure easy reach of affordable medicine to the people. 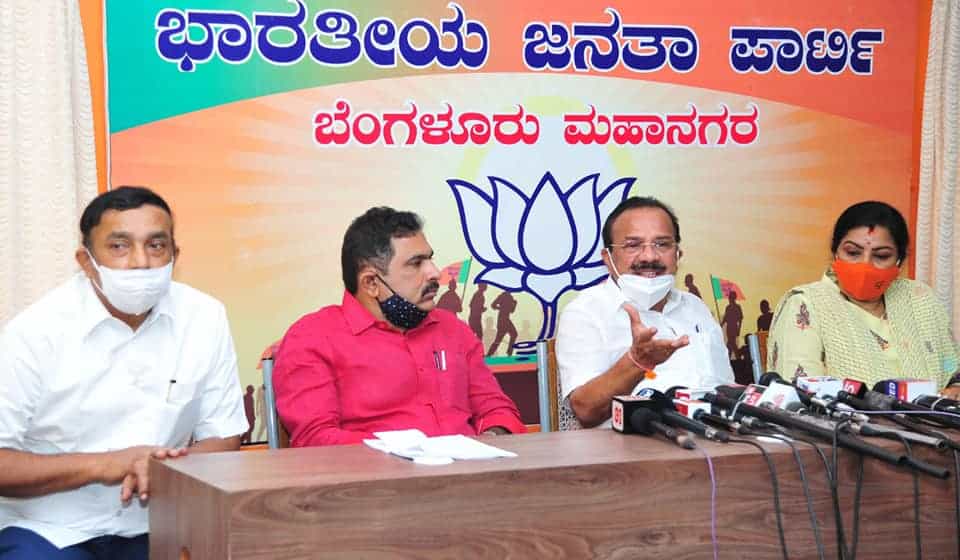 To increase the speed of development, the government needs a majority in the upper house.
Sadananda Gowda requests all the wise voters to strengthen the central and state government by winning all four of our candidates in the election on the 28th of this month from Bangalore and Northeast Teacher s’ constituencies and Western and Southeast. 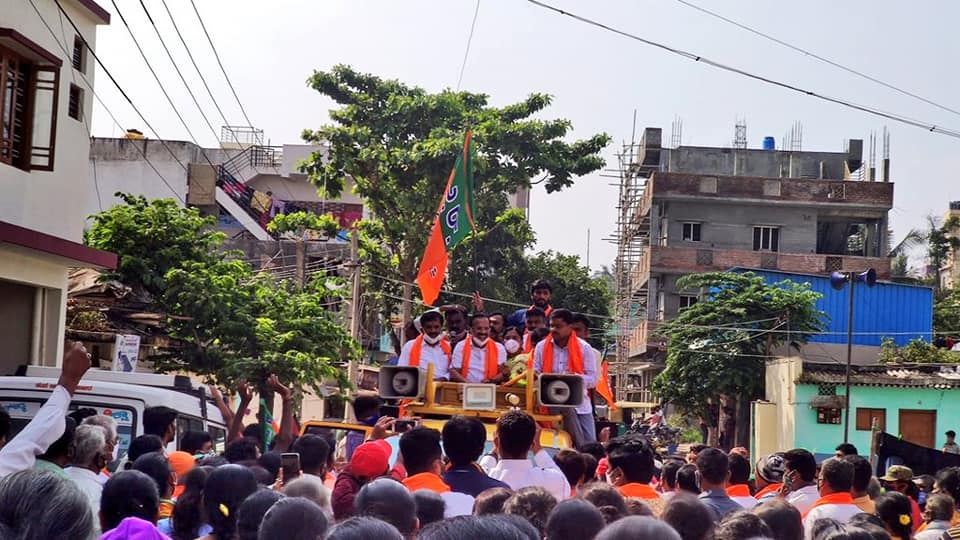 Rajarajeshwari Nagar Vidhanasabha constituency’s by-election campaign has been held with a lot of fun. 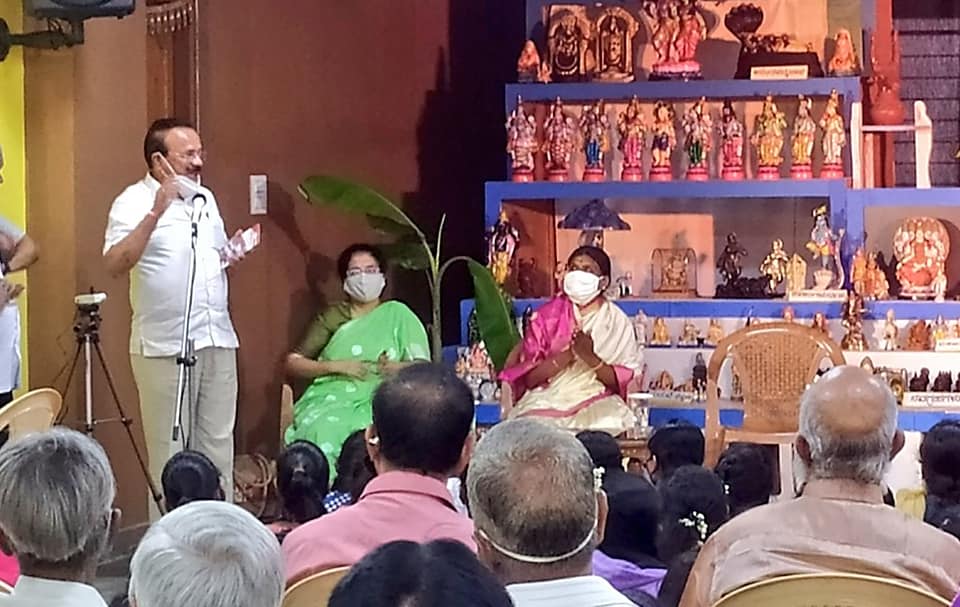 Minister Sadananda Gowda Inaugurated our department’s Janoushadhi Kendra built by Abala Ashrama on DVG Road, Bangalore. This is the 710th Janoushadi center in the state. Currently, there are more than 6600 Janoushadi centers in the country and it is intended to increase it to 10,000 by 2023 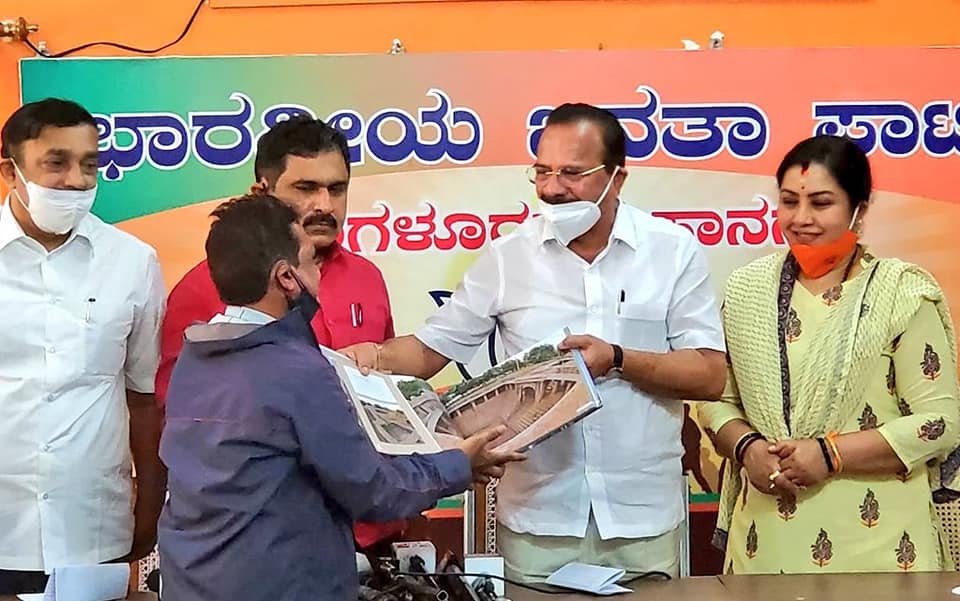 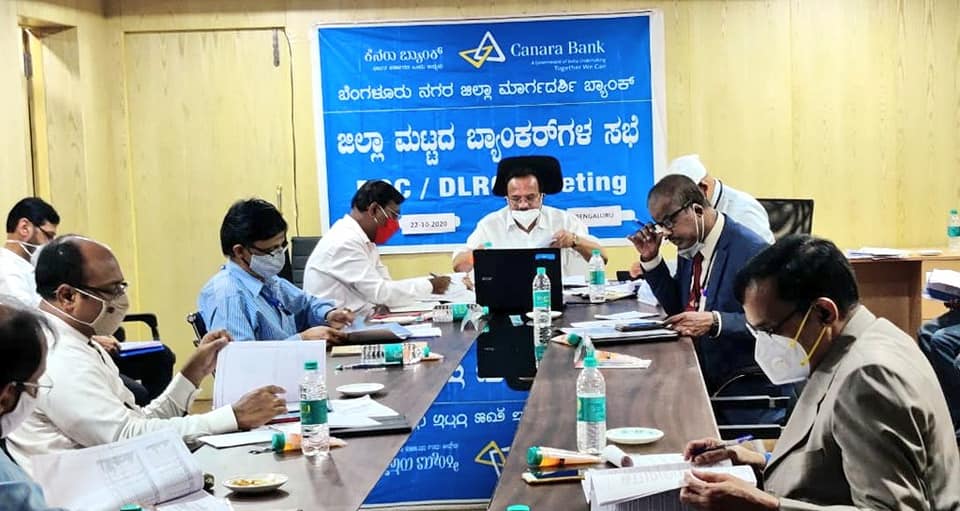 Sadananda Gowda conducted a meeting of bank and government officials in charge of Canara Bank, District Guide Bank in Bangalore, and inspected the progress of government-sponsored projects. It was advised to speed up the loan approval process and promote job creation and economic activity.

of the Students Union of the Law College.

President of the BJP party

of BJP Yuva Morcha in Karnataka

of SCDCC Bank in Mangalore

of Cell for Preparing Draft Bill on Prohibiting Atrocities on Women

the opposition of Karnataka Legislative Assembly

Member of Committee for Energy

to the 14th Lok Sabha from Mangalore constituency

of Committee on Science & technology and Environment & forests.

Director of Coffee Board

by the Government of India

of the Karnataka state from the BJP party

to the 15th Lok Sabha from Udipi Chikmagalur constituency

Cabinet Minister of Law and Justice

Minister of chemical and fertilizers

Shri V Muraleedharan, Hon'ble MoS for External Affairs and Parliamentary Affairs called on today. We discussed many issues related to my Ministry in Kerala. I briefed him to come forward to open more Janaushadhi Kendra in the state. pic.twitter.com/Js14jPXxn6