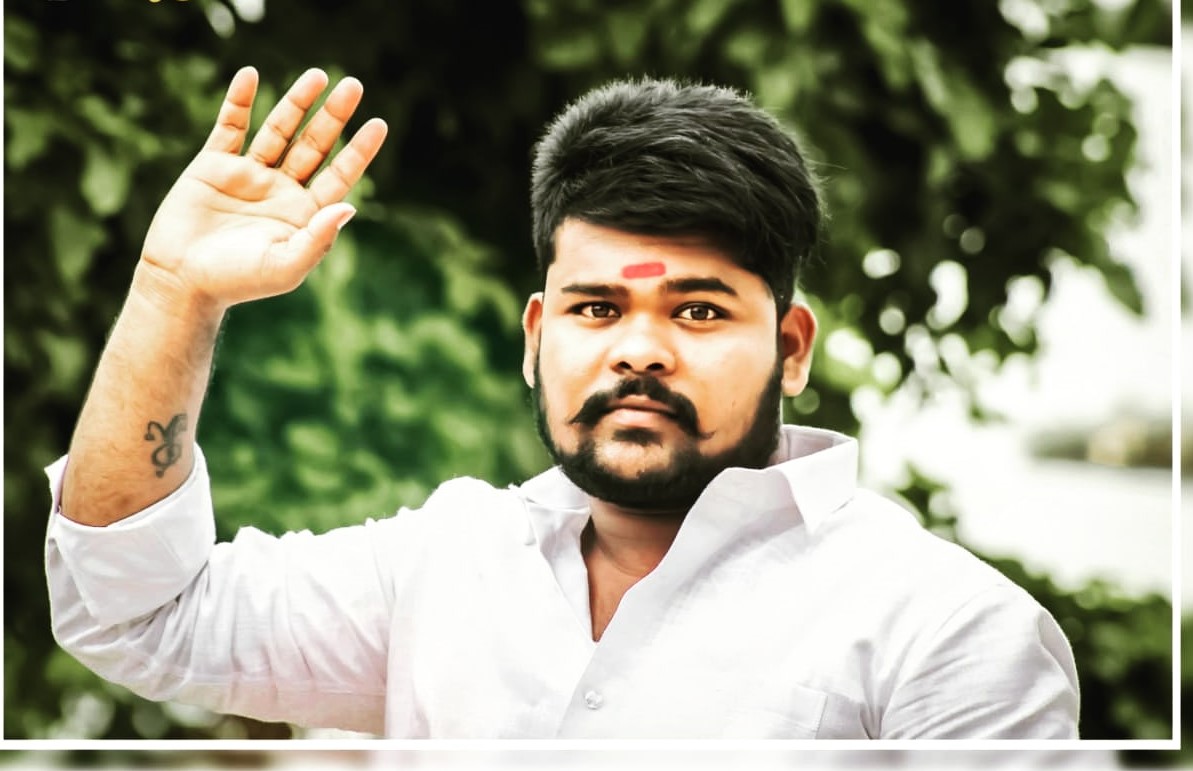 Chukka Raja Shekar often referred to his initials as Chukka Shekar, is an Indian politician and current Youth Congress Constituency President from Sircilla in the respective state of Telangana.

On the 12th of July 1999, Chukka Shekar was born in Thangallapalli village of Sircilla District to the couple Late Chukka Rajaiah and Chukka Laxmi.

He was never a believer in a pretentious education. He came from a simple educational background, as do most people. In the year 2014, he earned his Secondary Board of Education from ZP High School resided at Thangallapalli.

Later, he went on undergraduate from TS Model Junior College located at Madanapalle and completed it in the year 2016.

After the conclusion of his studies, Chukka Shekar commenced his political career by joining the Indian National Congress Party (INC) which is ruling under the leadership of Sonia Gandhi.

He exposed his leadership skills by serving as the Party Activist and working comprehensively all the time for the welfare of humankind. As being a part of INC, Chukka Shekar expressed a keen interest and performs every activity for the recognition of the respective party.

For his determination, he was promoted as the Youth Congress Constituency President from INC to discharge his duties from 2020 only for the good of the people without compromising on the trust placed in him by the party.

He improved his work ethic in 2021 as the TRMS Youth State Secretary from Telangana State to promote the best approach towards the need for balanced and integrated development in Society.

Chukka Shekhar, president of the Youth Congress Assembly, staged a protest on the Maneru Bridge during Rasta Roko at the request of the Congress party’s state department.

Chukka Shekhar, President of the Youth Congress Sircilla Constituency, has been informed that the authorities are abandoning Gurukul Women’s Degree College, and he claimed that the college should be replaced with effective communication and courses.

Shekar, along with supporters of the Sircilla District Central Congress, raised concern that grain purchasing centers would remain open.

Chukka Shekar stated that residents of all villages in the region were experiencing hardships as a result of the Bhagiratha water supply being shut off for several days and residents were compelled to trek too far regions to fetch fresh water.
In order to solve the water problems in every house of the Thangallapalli Colony people, Chukka Shekar installed taps and solved the water issues by providing pure drinking water. 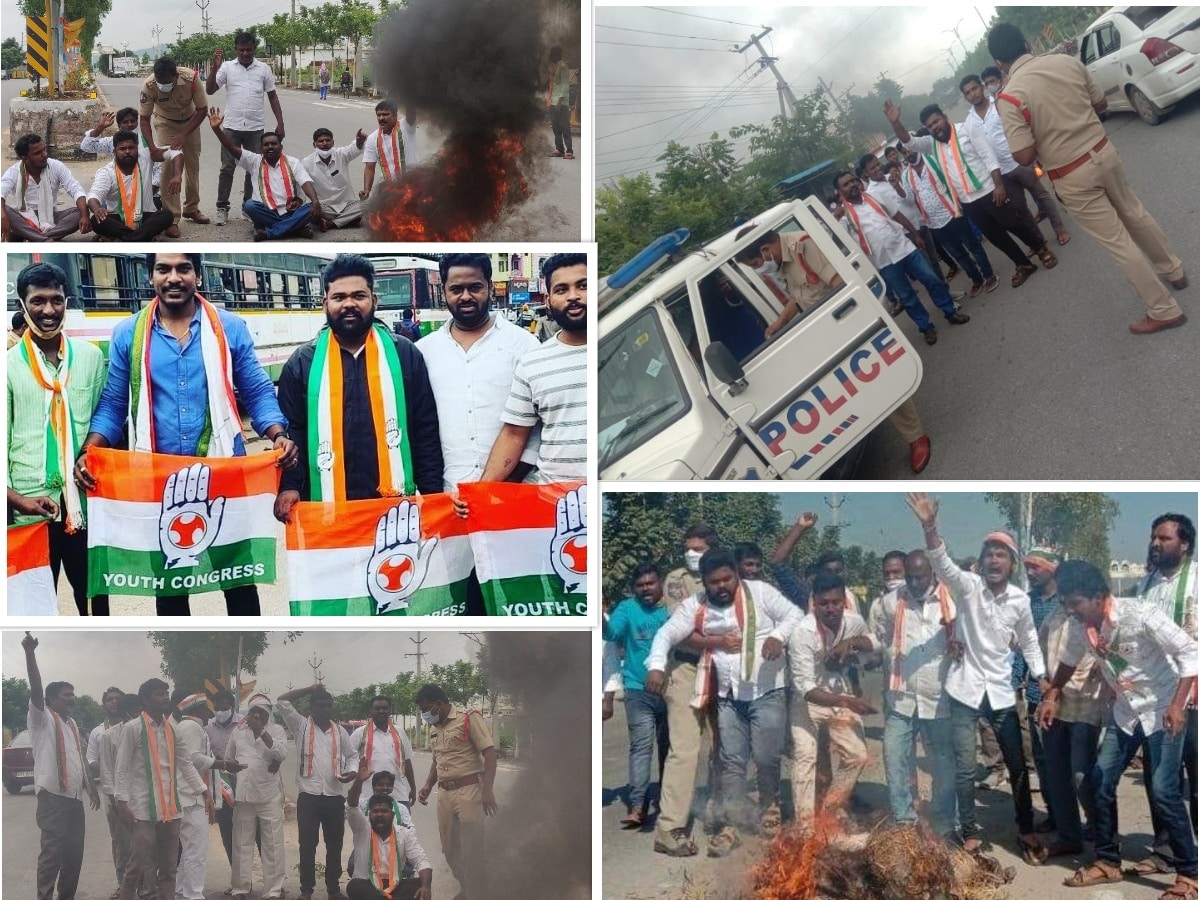 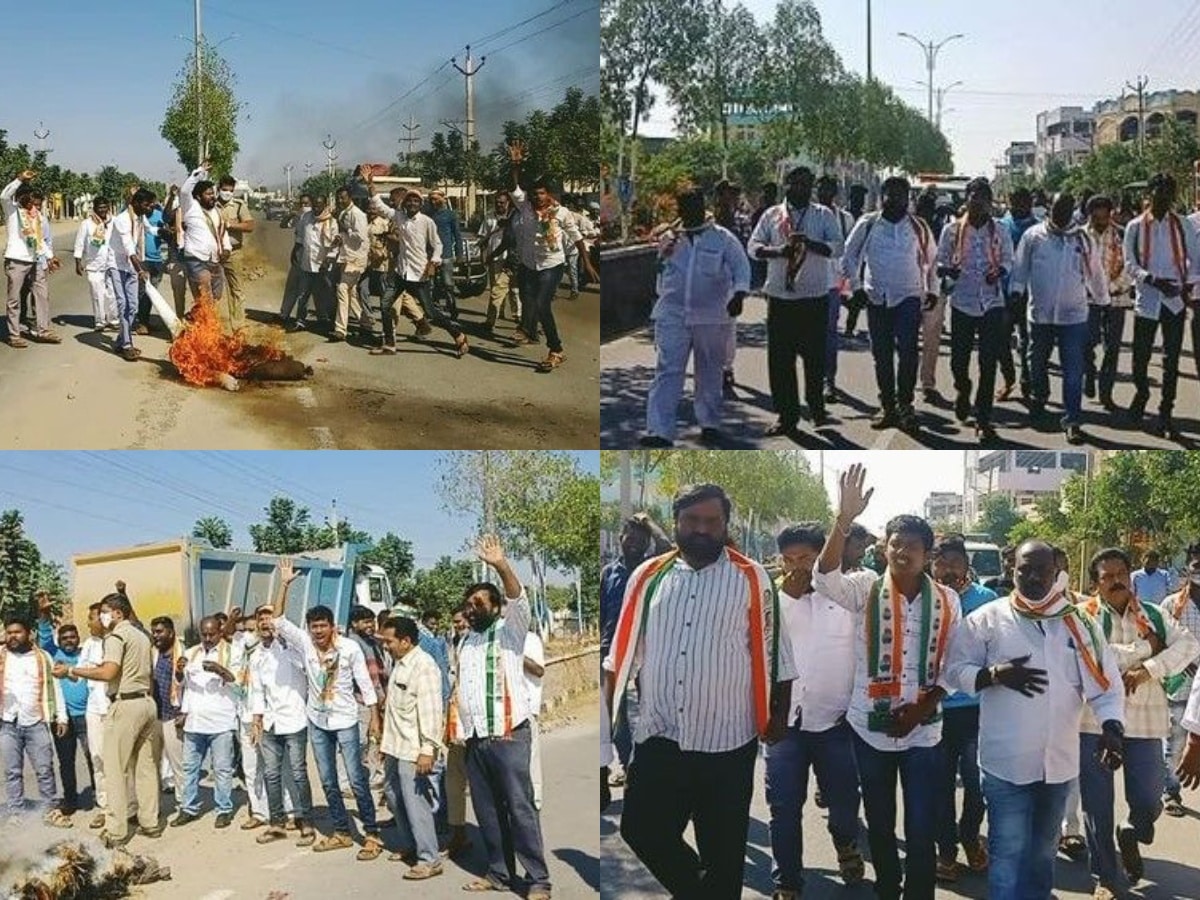 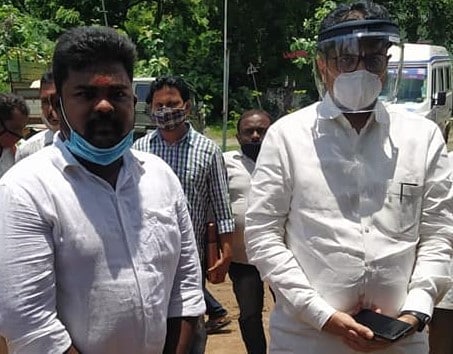 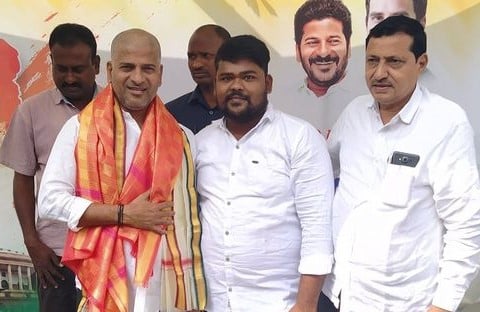 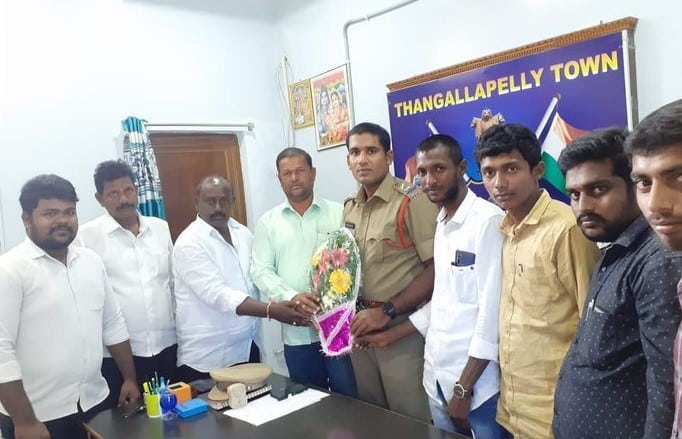 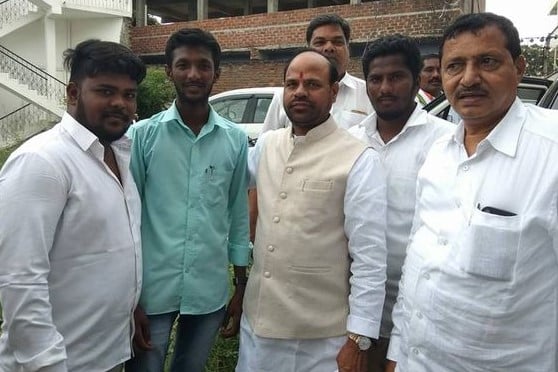 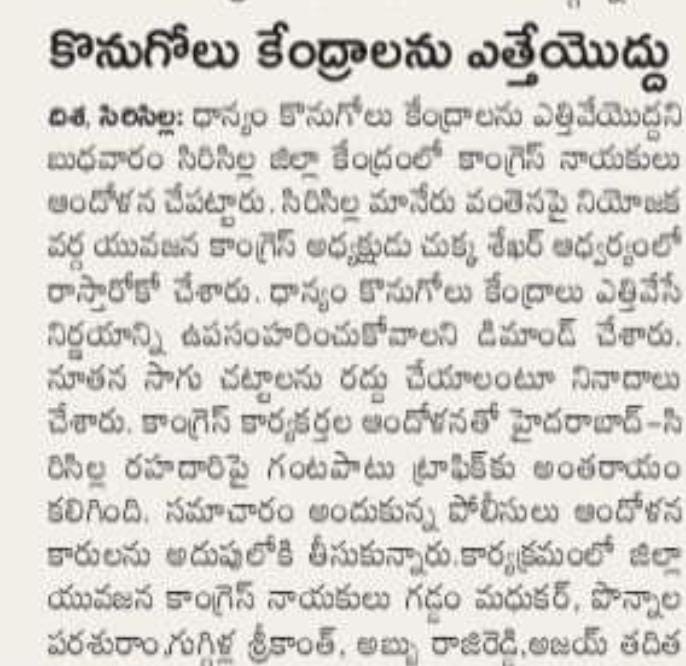 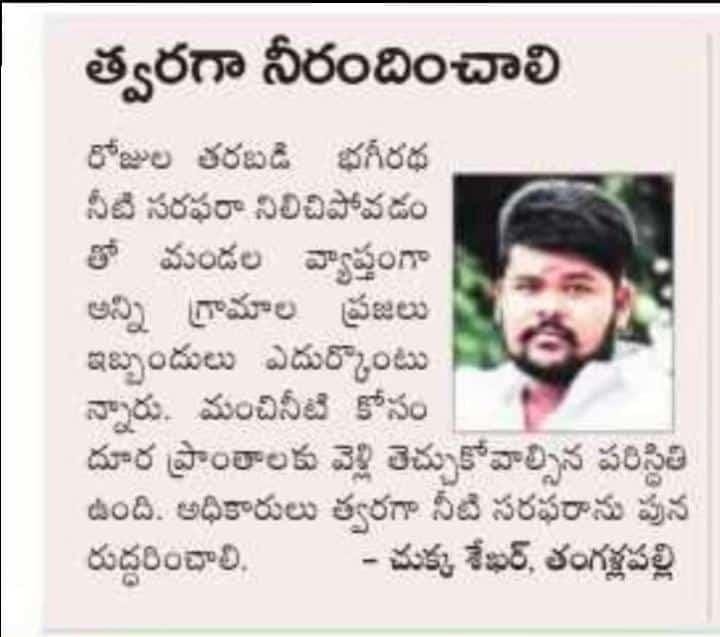 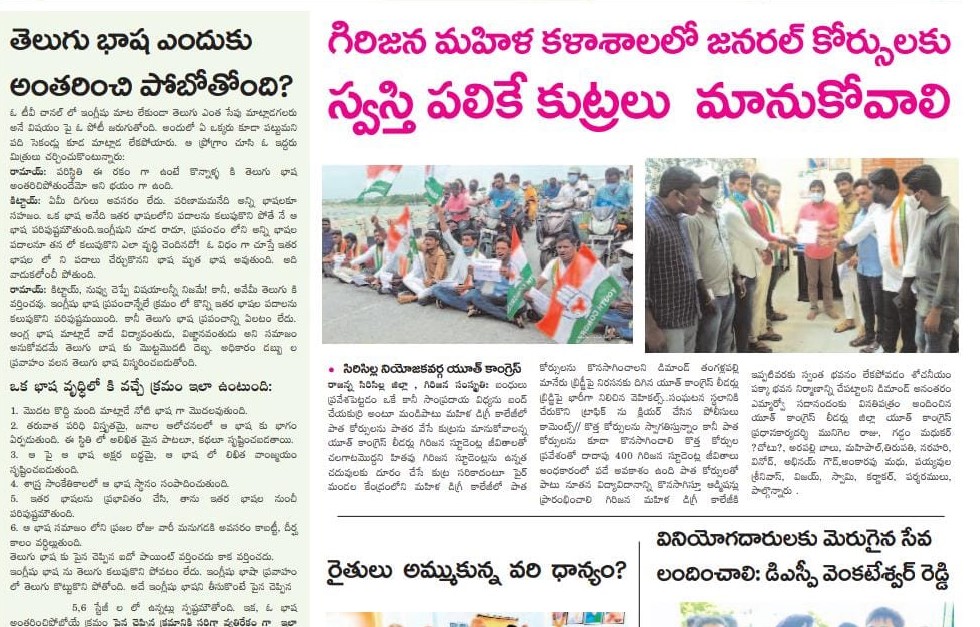 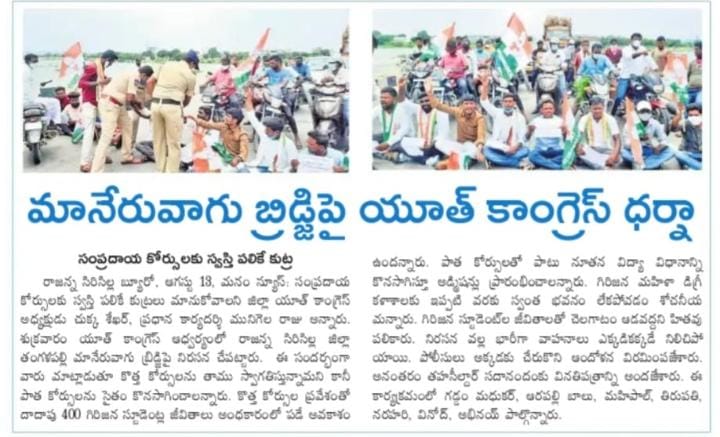 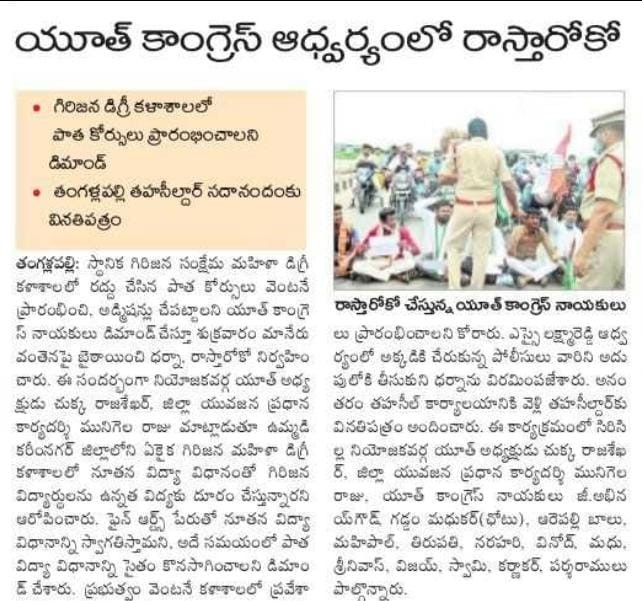 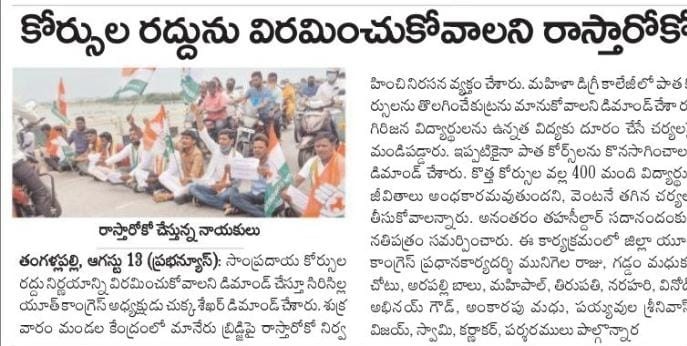 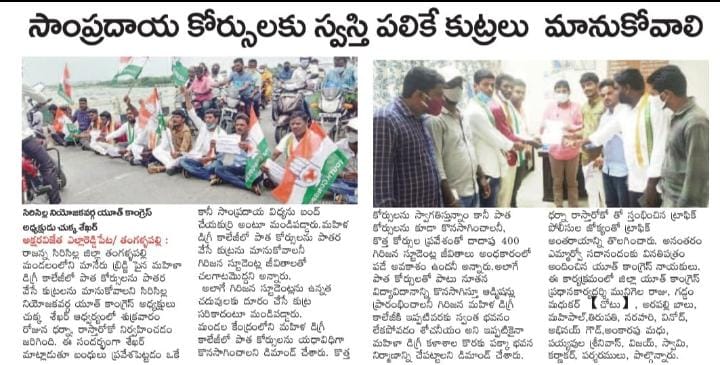 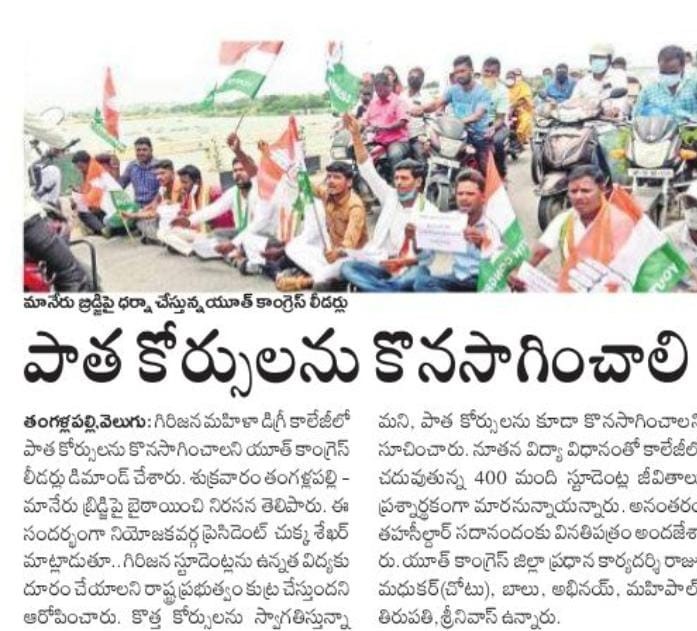 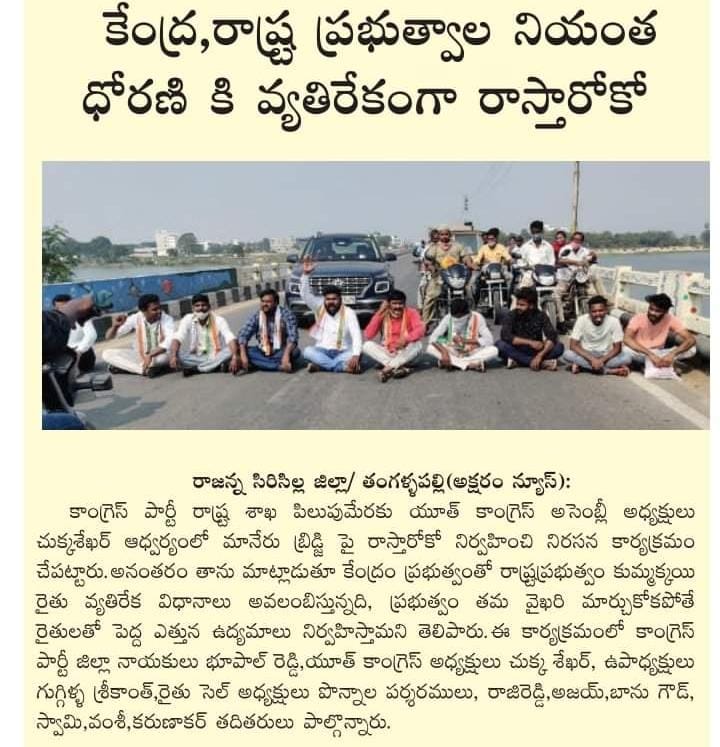