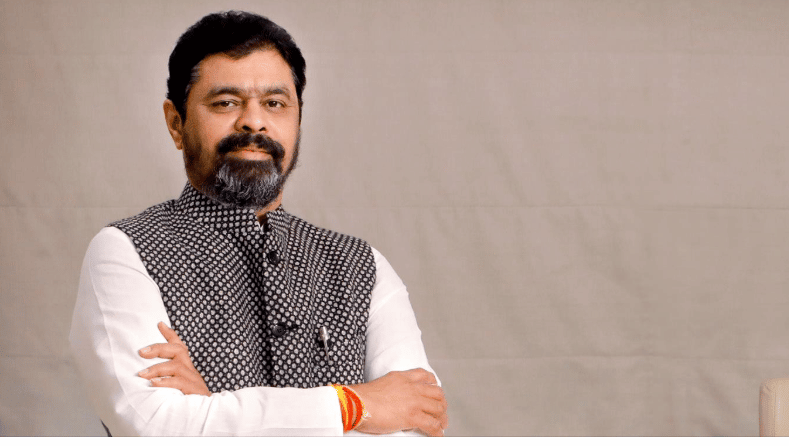 Chintakunta Munaiah Ramesh popularly known as CM Ramesh is the Member of Parliament(MP), Rajya Sabha for Andhra Pradesh. He was born on 12-06-1965 to Muniswamy Naidu in Potladurthi Village of Yerraguntla Mandal, Kadapa District in the state of Andhra Pradesh. In 1981, He completed SSC From M.P.H.S.School Vasanthapet Proddutur Kadapa Dist and Intermediate From Board Of Intermediate Education Andhara Pardesh 1983.

Hailed from an agricultural family. Ramesh has been attracted by the Common Man centric philosophy since his teens. He married Smt. Sridevi, an architect by profession who is his big support on everything in his life. They have two sons Mr. Rithwik and Mr. Rithwin.

In 1985, He started his Political journey with the Telugu Desam Party(TDP) and was formally admitted into the party in 1985 at the young age of 20 years. He has served the party in various capacities including the Chittoor District Publicity Secretary and Election Monitoring Committee member from 1985 to date for both assembly and parliamentary elections.

In the 1989 elections that Mr.Ramesh caught the attention of Shri. Chandra Babu Naidu and was given In-Charge of Kuppam Constituency. Ramesh is the Founder and Chairman of Rithwik Projects Pvt. Ltd., which was set up in 1999 and it has grown to a turnover of more than 1000 Crores within a span of 14 years. The company is one of the leading Infrastructure Developers in India and has interests in energy, roads, irrigation projects, and property development.

Recognizing his political astuteness and commitment, the party leadership rewarded him by nominating him to Rajya Sabha as a Member of Parliament(MP) in 2012. In Parliament also fought aggressively against Andhra Pradesh bifurcation and even after bifurcation he is continuing his fight for the rights of Andhra Pradesh and its people. He proved himself as the best performing parliamentarian that made TDP Supremo and AP CM Nara Chandra Babu Naidu.

Interesting Facts: In 2016, he went on a hunger strike demanding a steel plant in Kadapa. As the Founder of CMSN Trust, he constructed and donated 300 houses to the underprivileged families, conducted many medical camps for the benefit of the poor, and provided sanitation and drinking water infrastructure also by way of the RO plants. 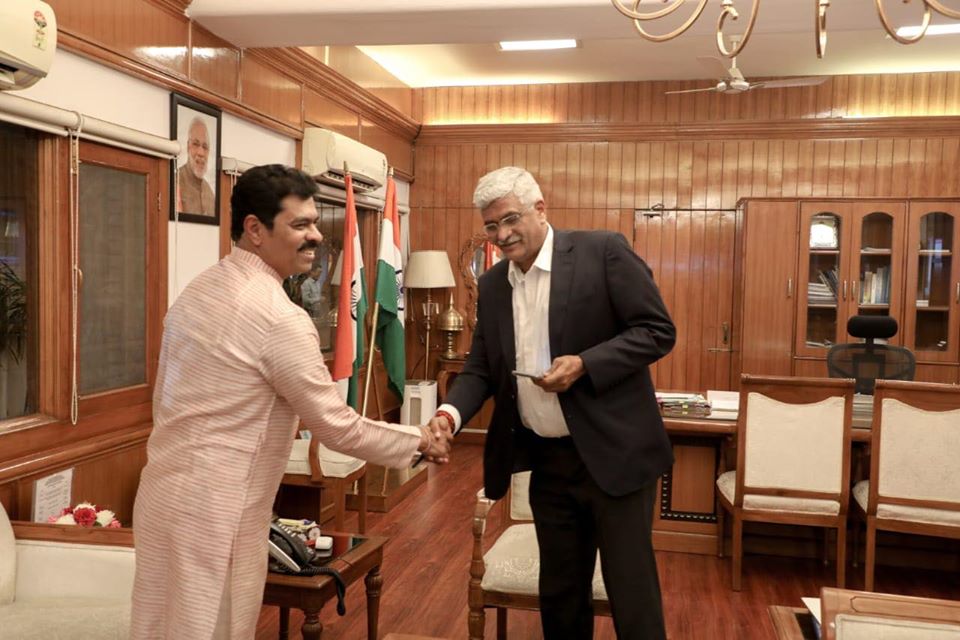 Met Hon’ble Union Minister for Jal Shakthi Shri Gajendra Singh Shekhawat Ji at his office. Had a meaningful discussion on issues pertaining to the State of Andhra Pradesh and Water Conservation Movement. 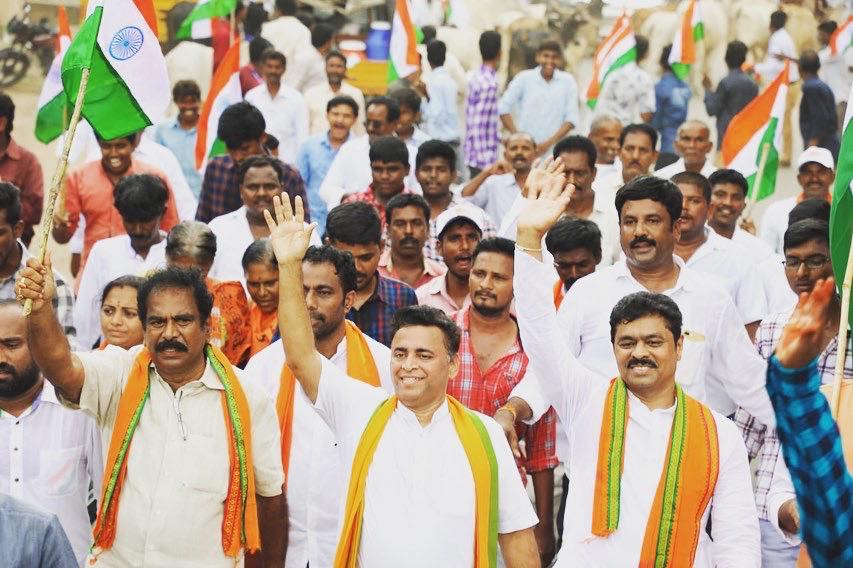 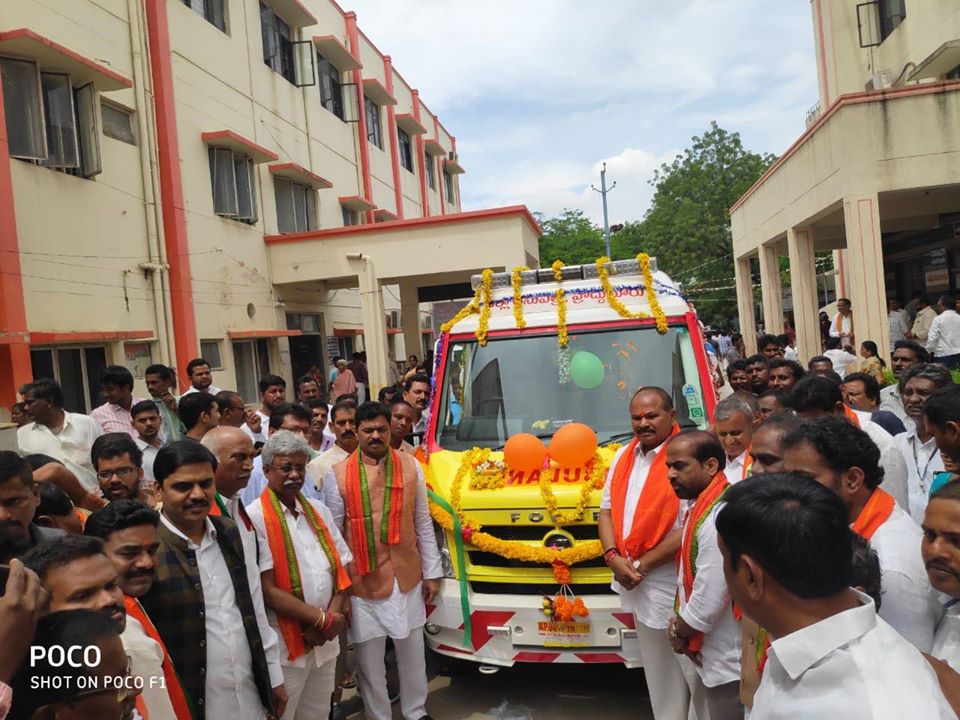 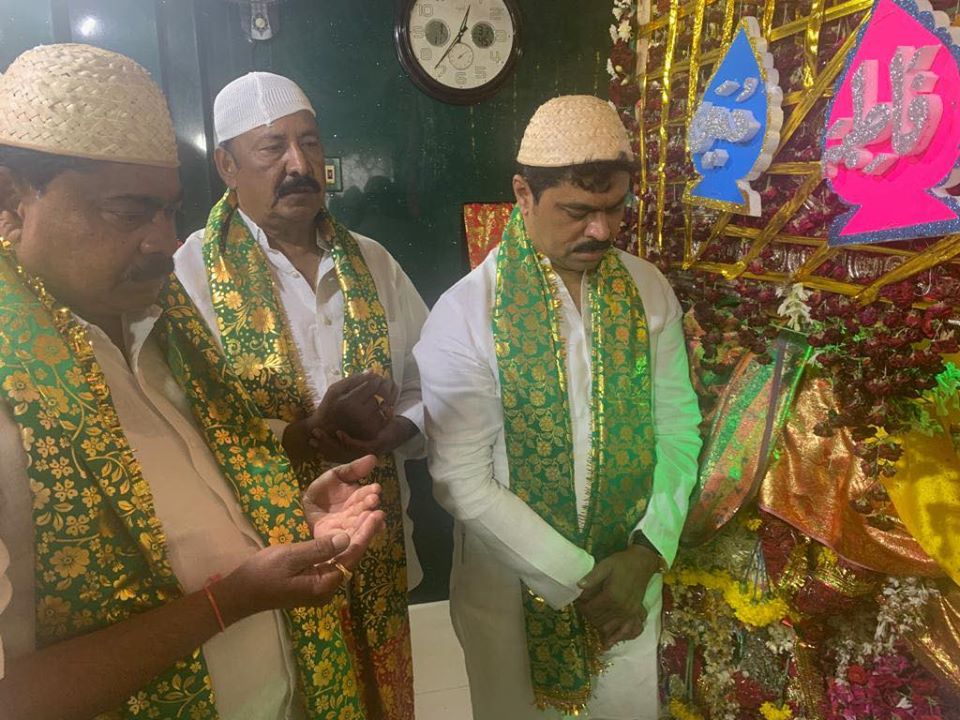 participated in special prayer in kadapa amen beer dargah. I pray that Allah will have mercy on all the people!! 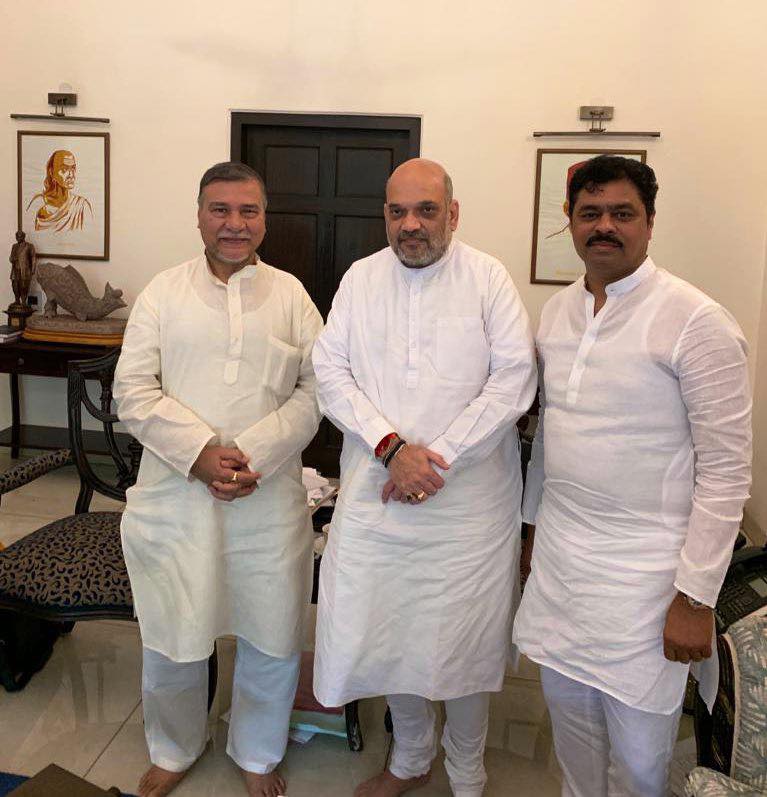 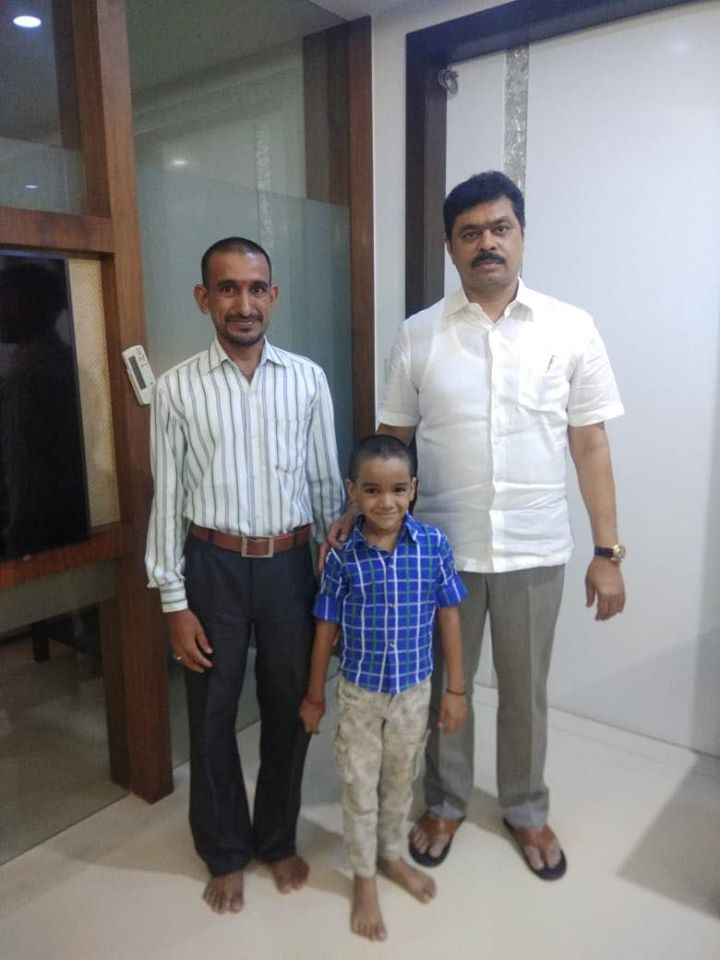 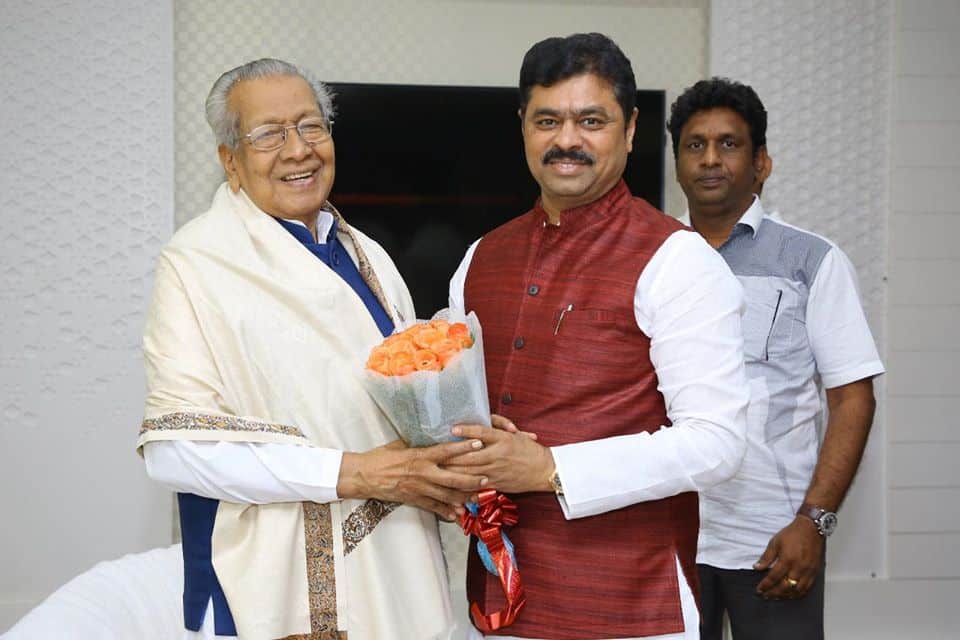 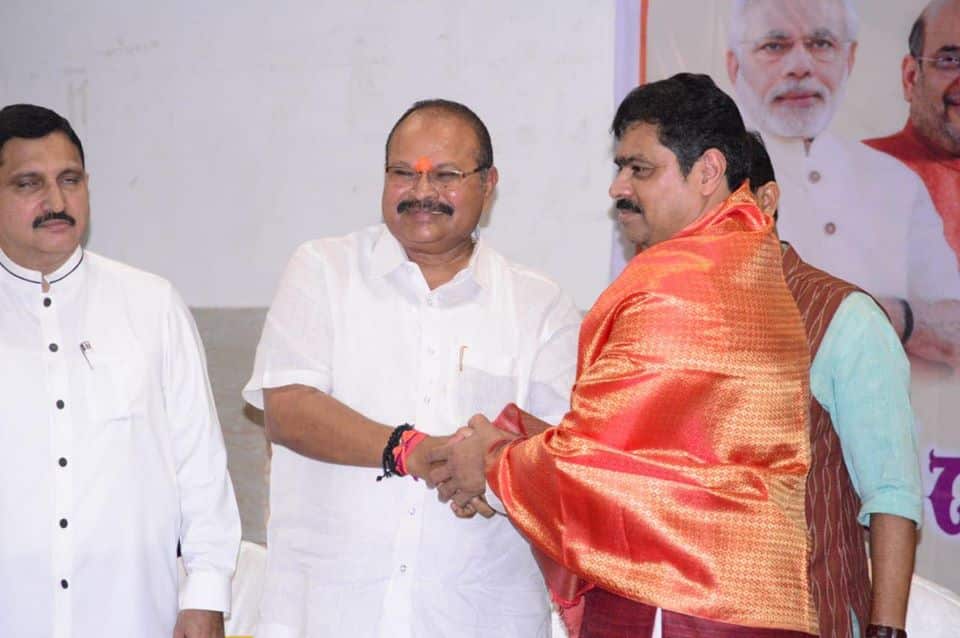 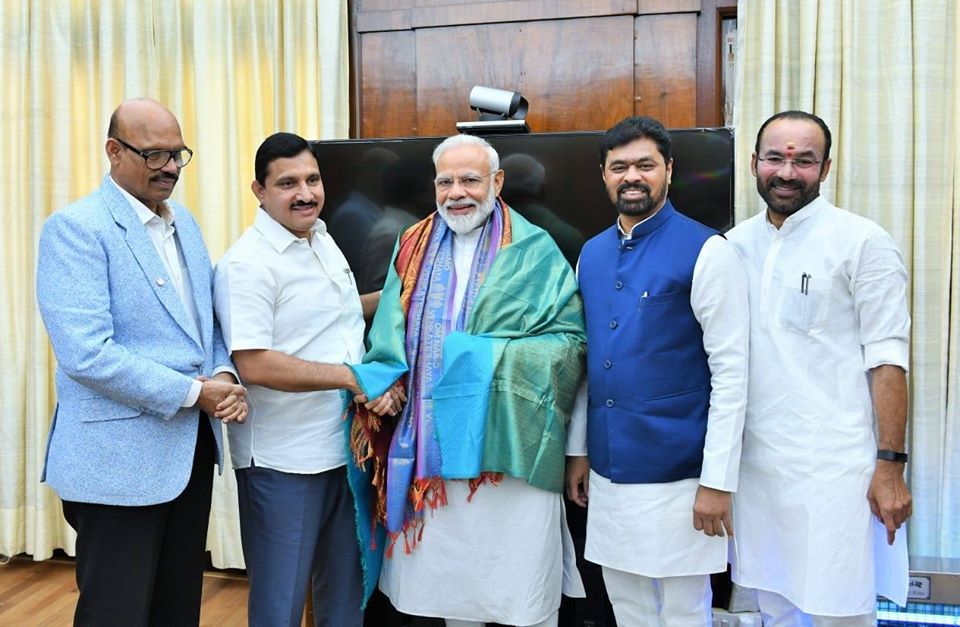 from Board Of Intermediate Education Andhara Pardesh

of Rithwik Projects Pvt. Ltd. this company is one of the leading Infrastructure Developers in India and has interests in energy, roads, irrigation projects, and property development.

in Rajya Sabha for Andhra Pradesh.

of  Select Committee of Rajya Sabha on Real Estate Bill and  Mines and Minerals Amendment Bill.

in Rajya Sabha for Andhra Pradesh.

Hearty Congratulations to Shri @drharshvardhan Ji for taking charge as Chairman of @WHO Executive Board. pic.twitter.com/UT4aVRFx4L

Participated in distribution of essential items to people suffering due to lock down in Alwal, Cantonment & Subash Nagar areas of Hyderabad. ( 1/3 )https://t.co/xxKZ0GKN3N pic.twitter.com/vPih73HYe5

Pleasure to meet and invite @governorap His Excellency @BiswabhusanHC Ji at Raj Bhavan, Vijayawada for my son wedding. pic.twitter.com/2ZPMa6SqyF

Had meeting with General Secretary, @BJP4India Shri @aniljaindr Ji & Vice President, @BJP4India Shri @PandaJay Ji along with important leaders and MPs of @BJP4Andhra. We have discussed about current political situation in Andhra Pradesh and strengthening of party. pic.twitter.com/fCotTwMqKf

Congratulations to @isro on the successful launch of #PSLVC47. Thank you #ISRO for making all of us Proud !! pic.twitter.com/bro9gYbncR