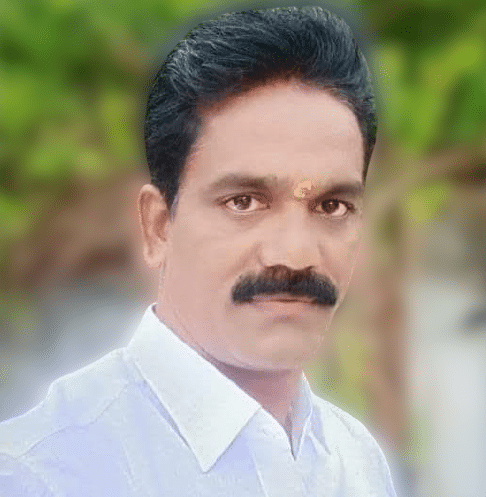 Burra Thirupathi Goud is currently monitoring the designation of MPTC from the TRS Party at Karimnagar.

He was born on 6th October 1974 to Burra Venkataiah & Kanakamma in Cherlabuthkur resided at Karimnagar Dist. He studied Secondary Board of Education from ZP High School from Chemanapally in 1988. He finished his higher education at Scienceving Junior College from Karimnagar in 1991.

Since Childhood Thirupathi Goud has been shown a keen interest in Politics Soon after the accomplishment of his studies in 1994, Thirupathi began his political journey by joining the BJP (Bharatiya Janata Party) which is Congress’s current ruling political party of the Republic of India. He worked as an Active Member and served all day for the development of the party.

In 1994 The dedication and sincerity towards the work,  the party members upgraded his position as the Village President for Cherlabutkur from BJP and he has been worked by extending his service and work by accepting the respectable position till 1996.

In the year 2006, He restarted his Political journey on entering the TDP(Telugu Desam Party) by accepting the responsibility of the honorable position of President for BC Welfare Organization from TDP at Karimnagar to continue his duties and serve people all the way.

In the same year, as continuing the tenure as the President of the respective organization, Thirupathi elected as the MPTC to TDP to work on the issues and solve the problems which are facing by the voters and served on the same positions by solving the issues till 2011.

In 2012, Thirupathi swapped his political party from TDP to TRS(Telangana Rashtra Samithi) and worked as the Active Member for the development of the party.

In the year 2019, For his comprehensive dedication towards the work, Thirupathi was elected as the MPTC(Mandal Parishad Territorial Constituency, a political subdivision in India), to look after the people in the 3 villages of Cherlabuthkur, Baladurkampet, and Kondapur.

Since 2019, Thirupathi has been dealing with the respectable designation of MPTC from TRS  in Karimnagar District by discharging his duties with a code of conduct by resolving the issues of the villagers.

of BC Welfare Organization, Karimnagar